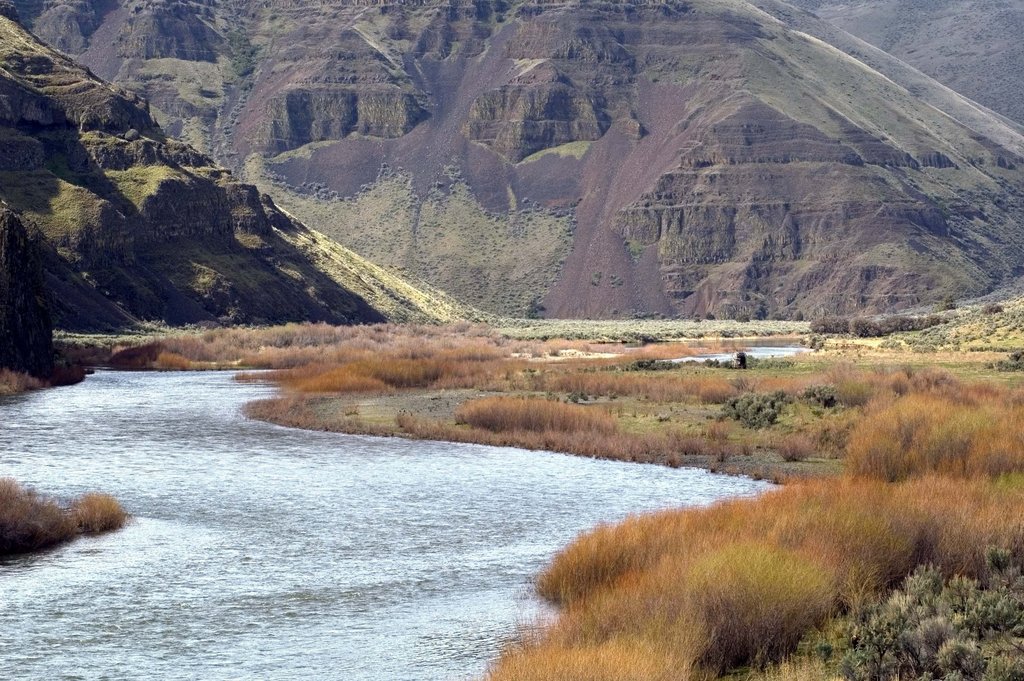 Montana’s Wise River:
At the heart of Montana’s Big Hole Valley, Western Rivers Conservancy has launched an effort to return critically needed water to the Wise River by conserving a 200-acre ranch on the banks of this legendary trout stream.

The Wise is a major tributary to the Big Hole River, one of Montana’s renowned fly fishing streams, and the Lower 48’s last remaining stronghold for fluvial Arctic grayling. These river-dwelling grayling rear in the cold waters of just five Big Hole tributaries, one of which is the Wise. But these cold streams have been increasingly vulnerable to water withdraws, development and a warming climate, which threaten grayling populations throughout the Big Hole system.

For years, Arctic grayling were candidates for listing under the Endangered Species Act, which spurred local ranchers, farmers, conservationists and others to voluntarily pull together and improve conditions for the imperiled fish. The effort was largely successful. Now, protecting Big Hole tributaries and ensuring they remain clean and cold is critical to keeping these grayling populations alive. WRC’s efforts on the Wise River will help do exactly that.

This summer, WRC will purchase a 200-acre ranch that controls the upper-most water rights on the Wise River. Once we secure funding, we intend to convey the property to the Beaverhead-Deerlodge National Forest and ultimately dedicate the ranch’s water in-stream in partnership with Trout Unlimited’s Western Water Project. This will allow us to permanently return 11 CFS of water to the Wise River, a significant amount of water for a stream this size. The increased flows will benefit not just grayling, but westslope cutthroat trout and mountain whitefish, as well as the non-native rainbow and brown trout for which the Big Hole is famous among fly anglers.

In addition to being the West’s only stronghold for Arctic grayling, the Big Hole Valley is also a land of birds. Upstream of the Wise River confluence, the meandering nature of the Big Hole River creates extensive wetlands that support everything from sandhill crane and long-billed curlew (a migratory shorebird) to sage grouse, American kestrel, killdeer and golden and bald eagle. These and other species rely on the open country of the Big Hole Valley, including places like the ranch that WRC is working to protect.

Once we transfer the property to the U.S. Forest Service, this rare, unprotected inholding within the BeaverheadDeerlodge National Forest will be permanently conserved. Instead of being subdivided, the ranch will now remain intact forever, and its water will be returned to the Wise for the Big Hole’s Arctic grayling and other fish, which need every drop of clean, cold water they can get.

Oregon’s Elk and Crow Creeks:
In a remote and rugged river canyon in eastern Oregon, Western Rivers Conservancy has purchased 453 acres along Elk and Crow creeks, crucial headwater streams for two of Oregon’s wild and scenic rivers: Joseph Creek and the Grande Ronde.

The property lies roughly 13 miles west of Hells Canyon National Recreation Area and 11 miles northwest of the Zumwalt Prairie Preserve, one of the most intact native grasslands left in the West. To the south lies the Eagle Cap Wilderness, the crown jewel of the Wallowa Mountains.

The wild character of this landscape, and the clean, cold water that these streams provide, make for prime habitat for fish and wildlife. The stretches of Elk and Crow creeks that flow through the property are designated Critical Habitat for threatened Snake River summer steelhead, and both streams are home to native redband rainbow trout. The area is considered priority habitat for Rocky Mountain elk.

WRC purchased the property in March, and we are now working to transfer the lands to the Wallowa-Whitman National Forest to ensure they remain permanently intact for the benefit of fish and wildlife.

Our efforts will also guarantee continued public access to major portions of the Wallowa Valley Ranger District and Hells Canyon National Recreation Area. Forest Service Road 4620 crosses part of the property and provides the primary access to four established campgrounds, several dispersed campgrounds, over 15 trails and a popular overlook. Conveying these lands to the U.S. Forest Service will ensure this cherished access point stays permanently open to all.

WRC plans to convey the property to the national forest in late 2021. Once that happens, the steelhead spawning habitat in Elk and Crow creeks, along with the property’s rich wildlife habitat and public access opportunities, will be protected in perpetuity.

The Wise River and Elk and Crow creeks projects are just some of our recent projects. WRC currently has over two dozen active projects in six states. With the support of GlobalGiving donors, Western Rivers Conservancy is expanding our efforts to protect riverlands for fish, wildlife and people.