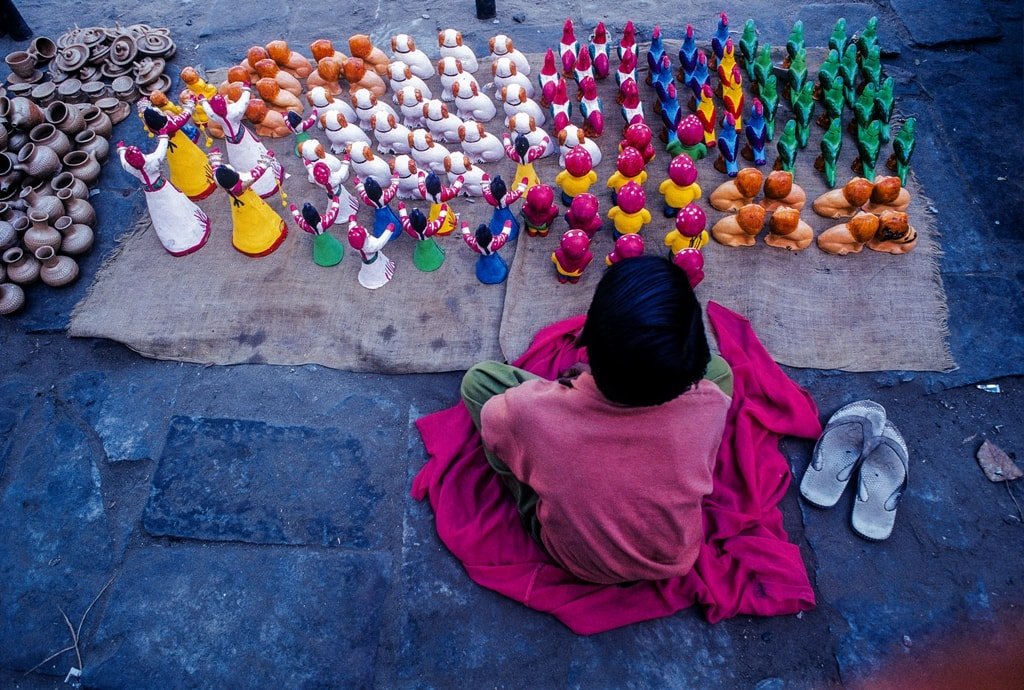 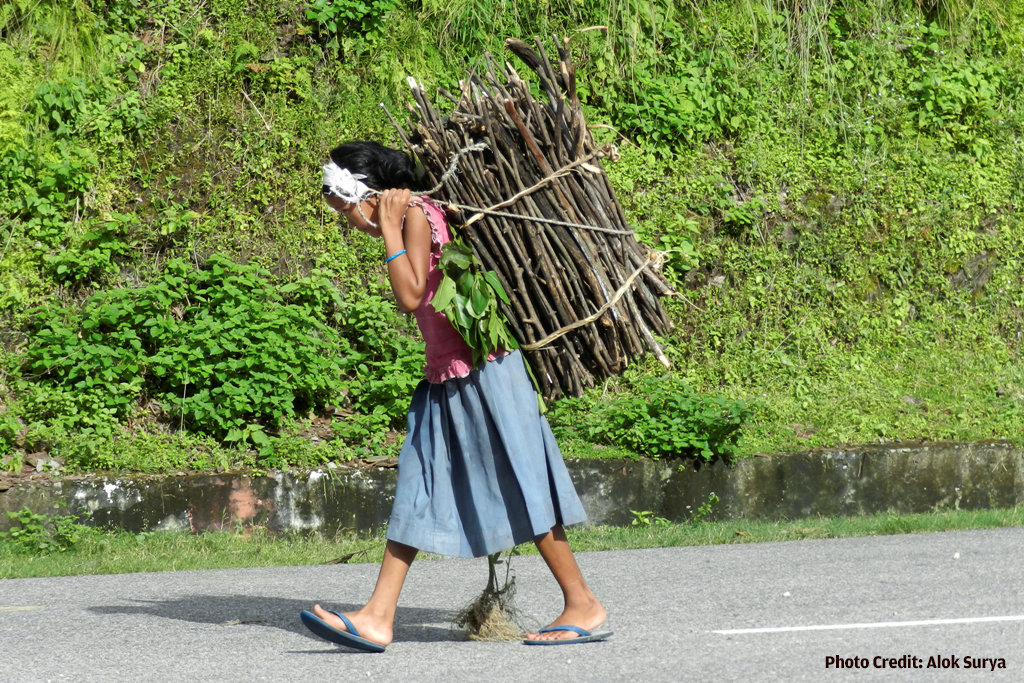 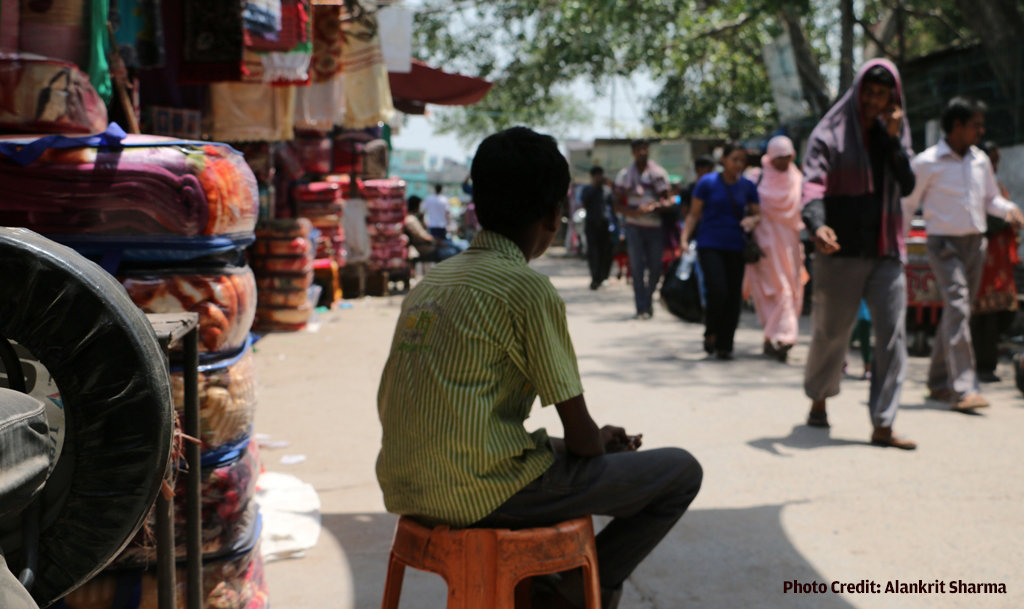 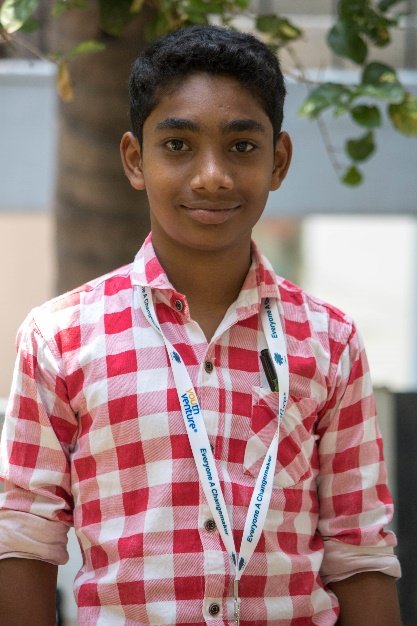 Naveen noticed that there was a lot of pollution in the school caused by the smoke of cooking fires when mid-day meals were prepared. The thick black smoke and soot hung heavy in the classrooms, making his friends choke and suffocate. The same thing used to happen every day back at home, when his mother cooked their dinner.  The entire family kept on coughing and rubbing their eyes. He set about finding a solution, and voila, the boy soon developed an eco-friendly way of cooking using natural yet unconventional fuels!

And that was just the beginning. His invention was one of the 70 chosen from a pool of 450 inventions to be showcased at the state level. From there on, Naveen was chosen to participate in the same competition at the national level. The ultimate success came to him when he was one of the five awarded the national prize!

While anyone would be excited about getting national recognition, for this boy who had just come back to school after being a child labour—this award meant something much bigger. It was proof that given the freedom to pursue his passion, he could create wonders.

Breaking the barriers created by child labour, Naveen now dreams not only of a better future for himself, but also for children around him.  Naveen’s invention today is being used in a few schools near his village, and the recognition has brought a wave of change, in his community. As Naveen sets his sights higher and dreams of becoming an engineer, he has already become the inspiration for many children who now believe that nothing is impossible.

“For me, it was more an opportunity to breathe free, both at school and back home,” Naveen says with a sparkling smile on his face, “And it feels so much better being in the classroom now, not to breathe in the sooty air all the time.”

Life had always been hard for Naveen and his family. His father was a small time vegetable vendor without the means to expand his business and the boy had to drop out of school in the 4th grade, to start working at a vegetable stall and contribute to the meagre family income.

When the project staff of PORD (People’s Organisation for Rural Development ), a local grass-root level NGO supported by CRY, got in touch with him and tried to get him back to school, initially there was fierce resistance. The reasons were very simple—in the small village of Madanapalli in the Chittoor district of Andhra Pradesh, where Naveen lived, it was very common for children to drop out from school and get engaged in work. Naveen’s parents did not quite understand why their son should not follow suit. The promise of a mid-day meal for their son was not an incentive enough for them to give in. They knew child labour was punishable by law, but without the income Naveen was bringing in, their survival was at stake. His father has applied for a loan to support his business and it was an added burden on the family.

However, after several rounds of discussion, Naveen’s parents relented and sent him back to school, while the team from PORD helped them get ration cards and Aadhaar cards so that they could access government schemes like PDS to help ease the financial burden to some extent.

This was the turning point in Naveen’s life. Armed with the second chance to a better life, Naveen jumped at the opportunity to connect with the local children’s group. This helped immensely because his peers could keep him motivated and help him adjust to being back in school. His immense interest and aptitude in science compelled the school to enroll him in a district-level science competition. And the rest is history.

Start of a better future

CRY volunteers at Rajabazar noticed a boy of around 15 years with eager eyes but a wan body. The CRY volunteers take sessions to enable children, of the backwards pockets of Kolkata like Rajabazaar, Dhakuria, Ballygunj, Dhapa, Kalighat, Howrah etc., to avail their rights as well as interact with the kids. This boy is Sazid (name changed) who would sit in a corner with his brother and show great enthusiasm in the sessions. Very often, the boy used to complain about his deteriorating health. One can see red patches and blisters all over his palms and feet. When probed further, the volunteers found that the blisters were a result of working with hazardous chemicals in the soap factory where he used to work.

Sazid is a slum dweller of Rajabazar Kolkata, in his early teenage. He lives with his parents and a younger brother in a single roomed shelter, barely enough to accommodate all the members at the same time. His family members even have to take turns to sleep at night. Sazid’s father drives an auto while his mother works as a domestic help to run the family. The traumatic and grief-stricken living conditions had forced Sazid to work in a nearby soap factory in the day and prepare animal cages with the help of his brother at night to add up to their life savings somehow. They did not possess any Govt. ids which means that they could not avail basic amenities at subsidized rates. The economic condition of the family never allowed Sazid to get medical aid for his worsening health.

The urgency of the situation and immediate crisis of the case were brought up by CRY volunteers, who took initiative and made efforts to admit Sazid in Rajabazar Science College and R.G Kar University where he got free treatment. During the treatment, doctors unexpectedly found that Sazid’s IQ is less than average IQ level i.e. less than 90.

The volunteers, upon understanding the implications, counseled his parents. His parents, too realized the threats and immediately stopped sending him to work. Currently, they have sent Sazid to his relative’s place in Bangalore, where he can receive better medical attention. They are even contemplating on sending him to a special school, provided it’s under their financial capabilities.

At CRY the volunteers are trying to bridge the gap and find concrete solution to the atrocities faced by children like Sazid, so that they can get the best out of their childhood.

Find another project in India or in Children that needs your help.
Find a Project

GlobalGiving
Guarantee
Donate https://www.globalgiving.org/dy/cart/view/gg.html?cmd=addItem&projid=34499&rf=microdata&frequency=ONCE&amount=25
Please Note
WARNING: Javascript is currently disabled or is not available in your browser. GlobalGiving makes extensive use of Javascript and will not function properly with Javascript disabled. Please enable Javascript and refresh this page.