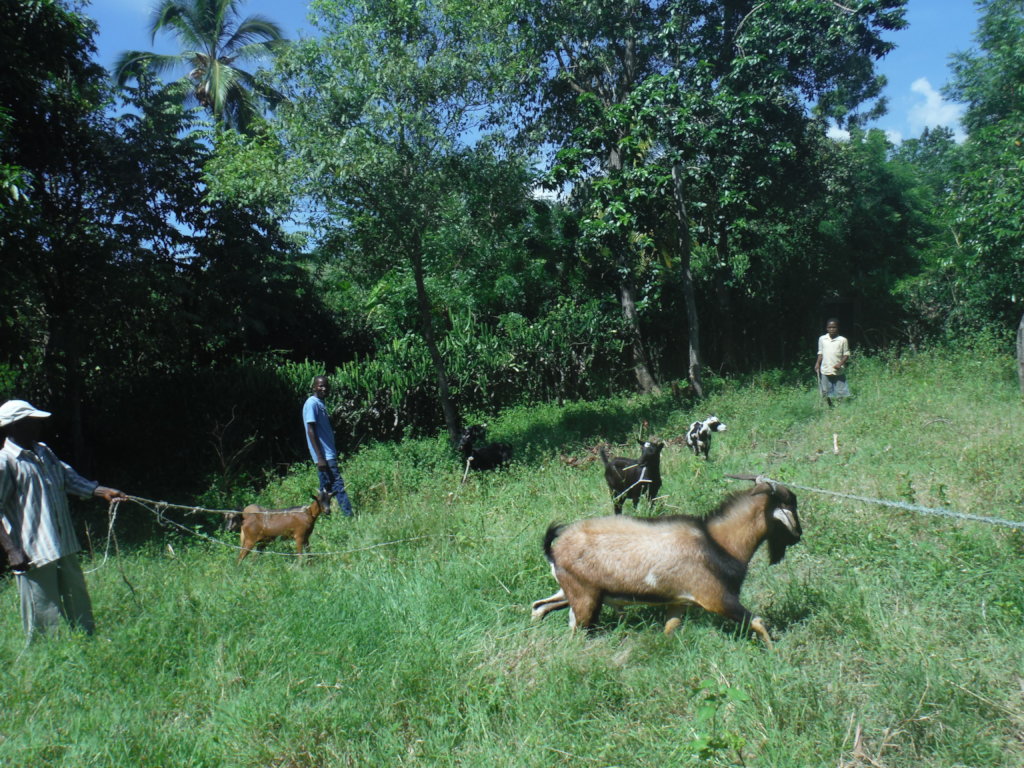 The Ground Has Shaken Again 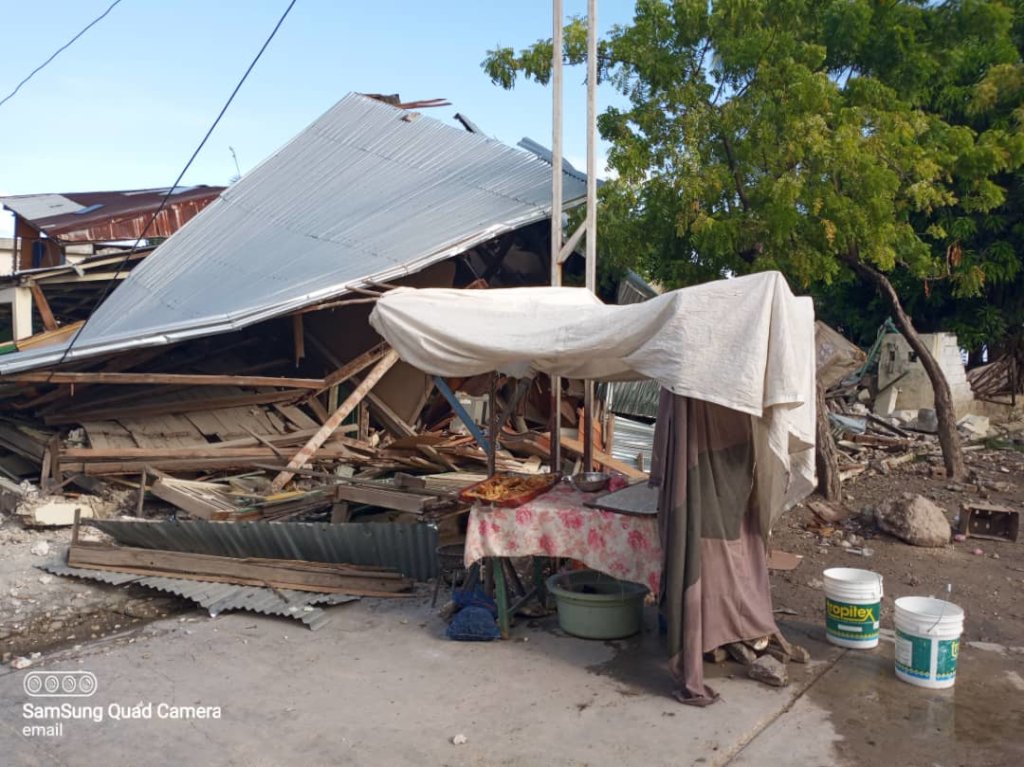 Damage Near OFJ in Chantal

Once again Haiti is experiencing another catastrophe. On Saturday, August 14, 2021, a magnitude 7.2 earthquake struck at 8:20 p.m. This earthquake has left the population in the South of Haiti in another dire situation adding to all the calamities experienced in the last few years caused by hurricanes, floods and other severe material emergency situations.

Since the August 14 earthquake, the population of all communes in the South is living a dramatic situation. Many people lost their homes, many died and many others were injured. The latest official toll from the Office of Civil Protection speaks of 2189 dead, 12,268 injured and 15,000 houses destroyed or damaged. Families are still planning the burial of many other dead bodies under concrete. Many of the population in urban and rural areas never have the possibility of true sleep, there are many places where the population cannot even find water to drink.

Many businesses in the middle of cities are destroyed, many roads are cut or blocked due to landslides from the tops of mountains, many peasant fields are devastated, many animal heads disappear. Life has also become expensive in the Department because there are no basic necessities due to broken businesses but also because food aid cannot easily reach the Department. This earthquake shows again how vulnerable the country is. The Southern Department, like the rest of the country, is not prepared to live in these situations considering the situation of misery, hunger, unemployment that already exists in the country due to the socio-political and economic crisis that almost always exists in the country.

The Lambi staff in is direct contact with the monitor South, Saint-Cyr, who is also a victim, as his family home in Dori collapsed. Saint Cyr maintains direct contact with Lambi’s partner organizations in the disaster areas, informing him of the damage done to the areas where members of the organization live. In general, people have the same problems, they have family, friends who are dead, many houses, public buildings, churches and schools are destroyed or damaged, they lack and food, small traders have lost their trade, irrigation systems are ruined. The Maznòd Center, in Kanperen, where Lambi used to organize regional formations fell flat to the ground. This situation exists in all the South, Nippes, Grand’Anse. Part of the Northwest and Artibonite have also suffered some damage.

Based on damage assessments received so far from the peasant organizations located in the South, Lambi staff has selected the organizations that have incurred the greatest losses and have greater needs of assistance as we launch this new Emergency program. As we continue to receive damage assessments, we realize that conditions are more serious than we thought. We have started to work most closely with 30 organizations. The number of individuals selected by the Lambi staff from each organization varies with the damage recorded in each association. But on average we are working with about 50 people in each organization. 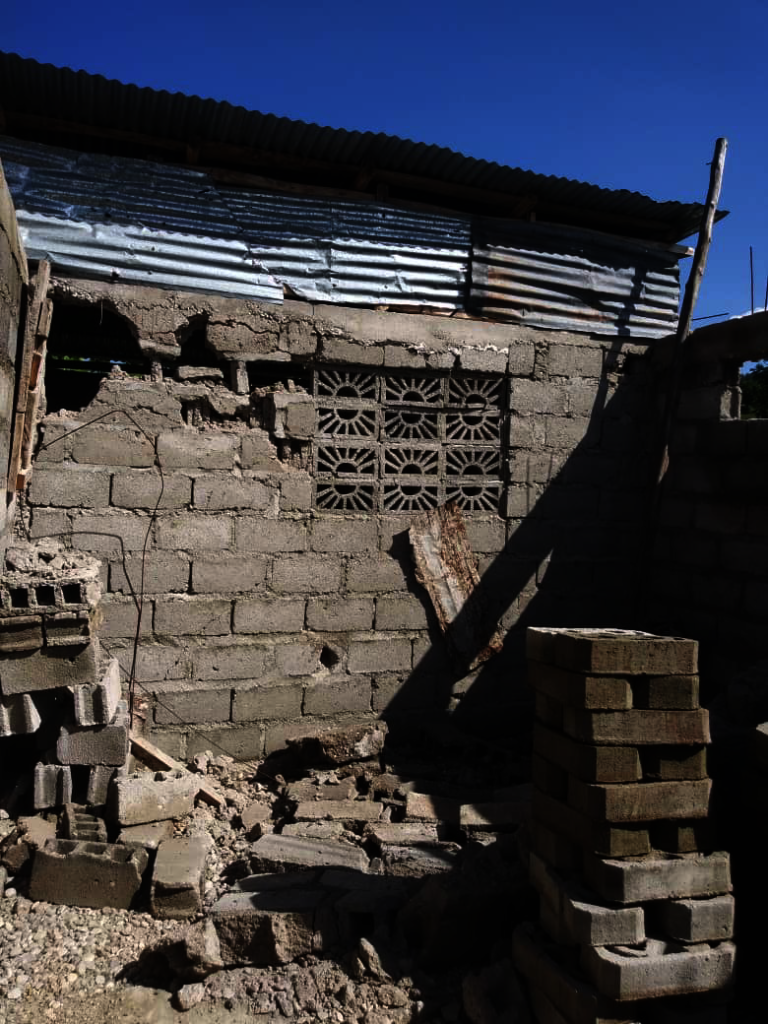 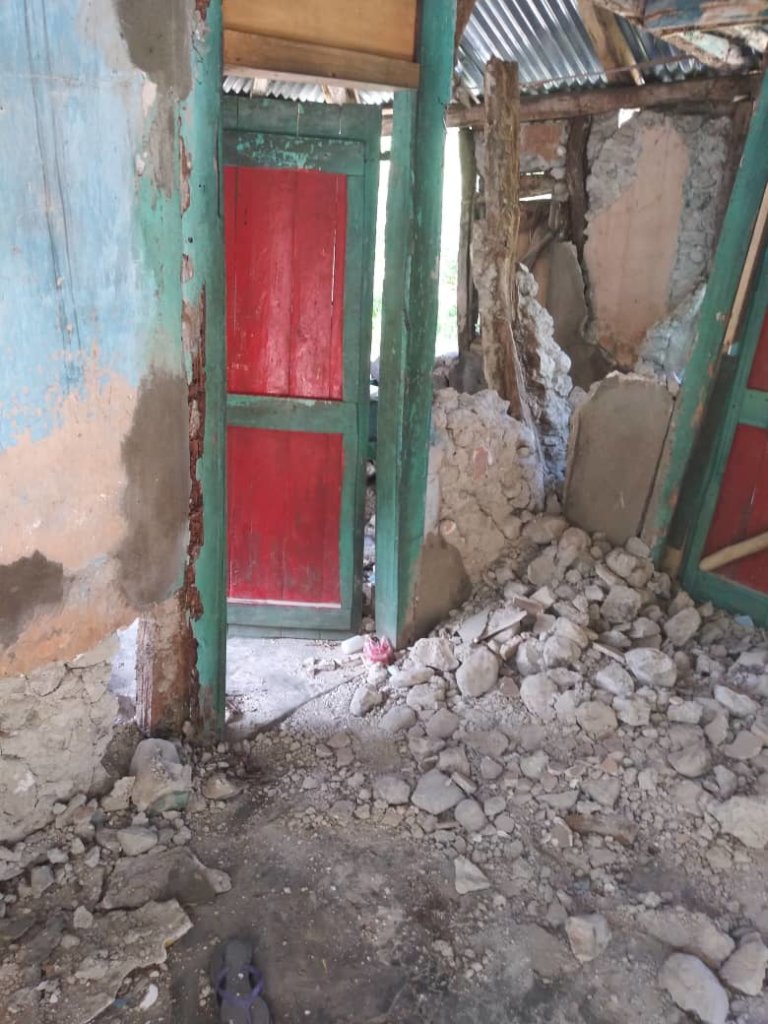 GlobalGiving
Guarantee
Donate https://www.globalgiving.org/dy/cart/view/gg.html?cmd=addItem&projid=1514&rf=microdata&frequency=ONCE&amount=25
Please Note
WARNING: Javascript is currently disabled or is not available in your browser. GlobalGiving makes extensive use of Javascript and will not function properly with Javascript disabled. Please enable Javascript and refresh this page.