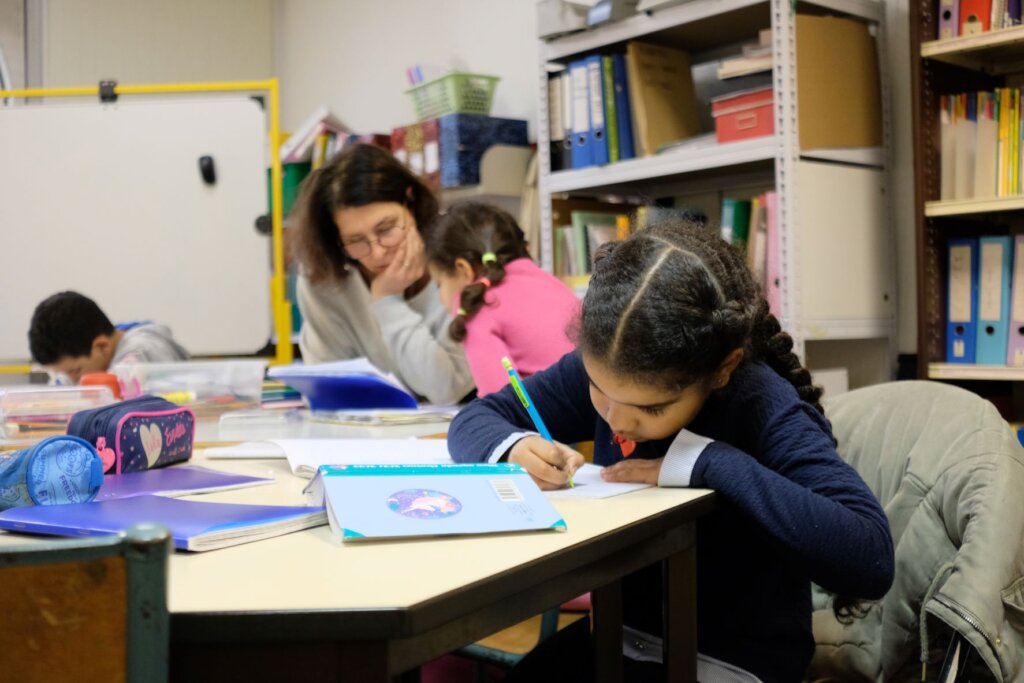 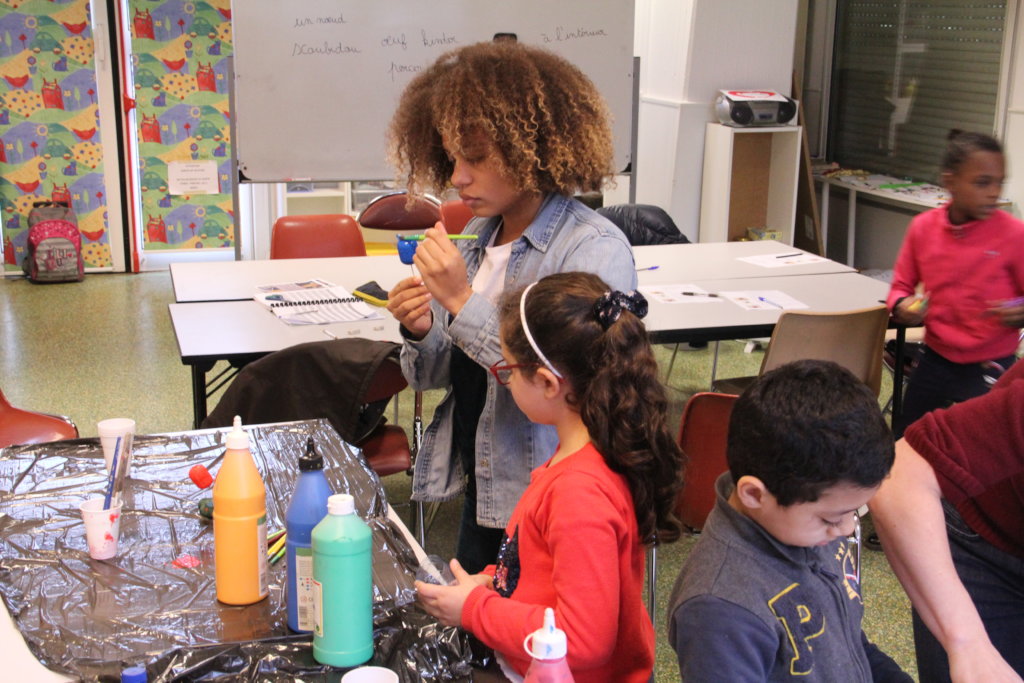 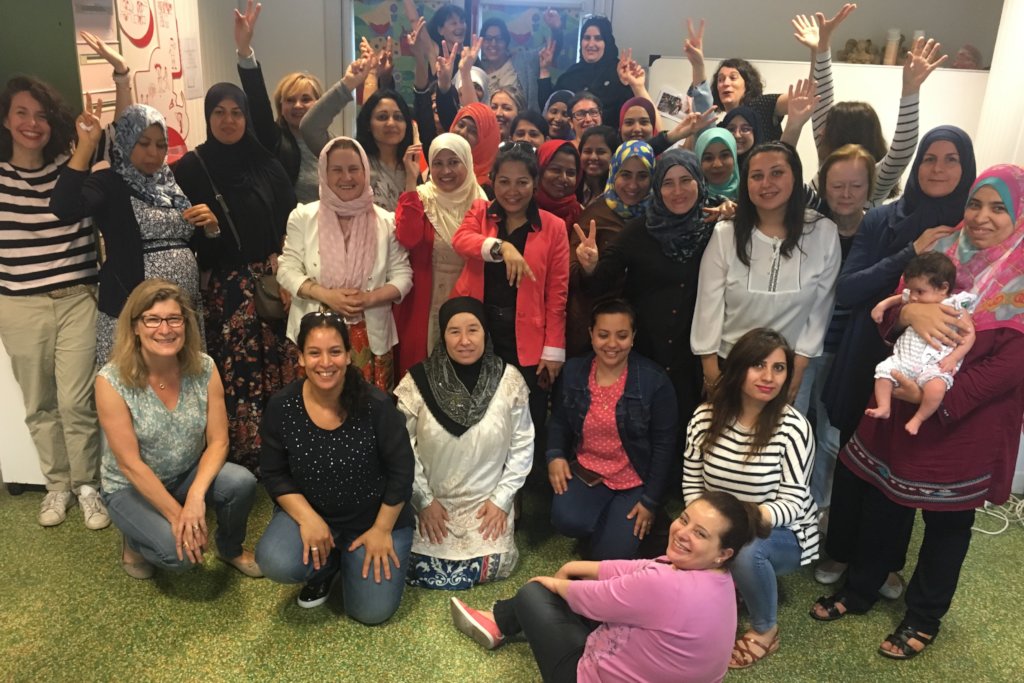 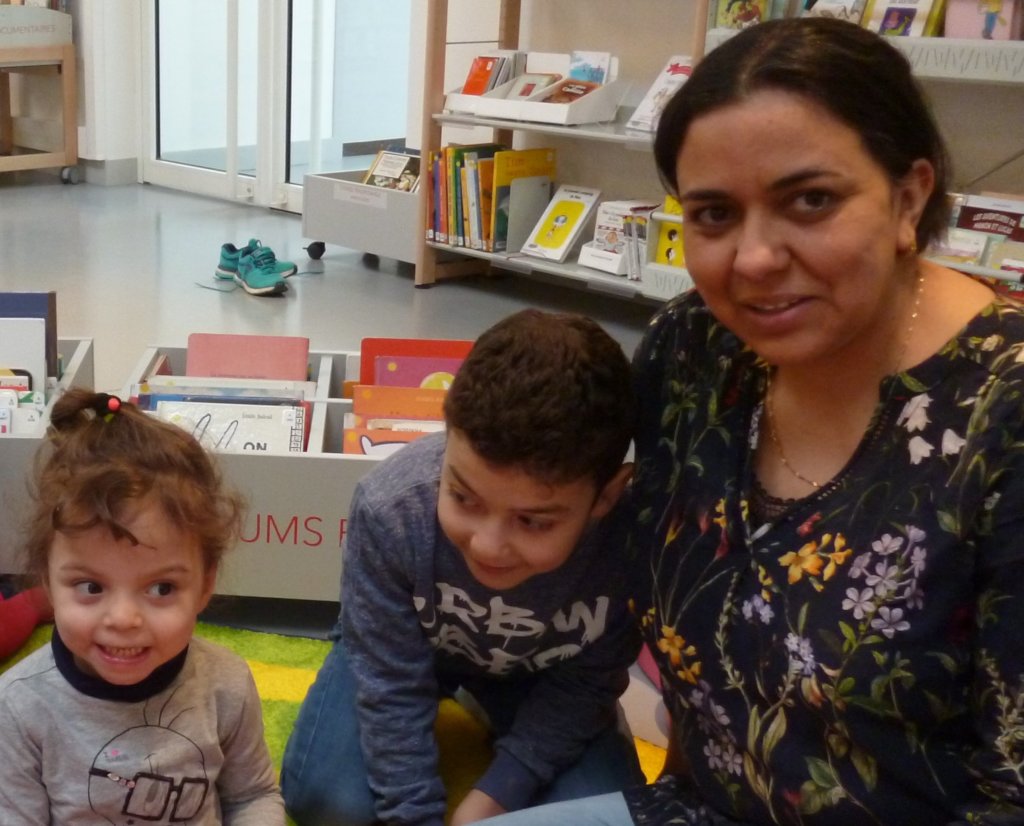 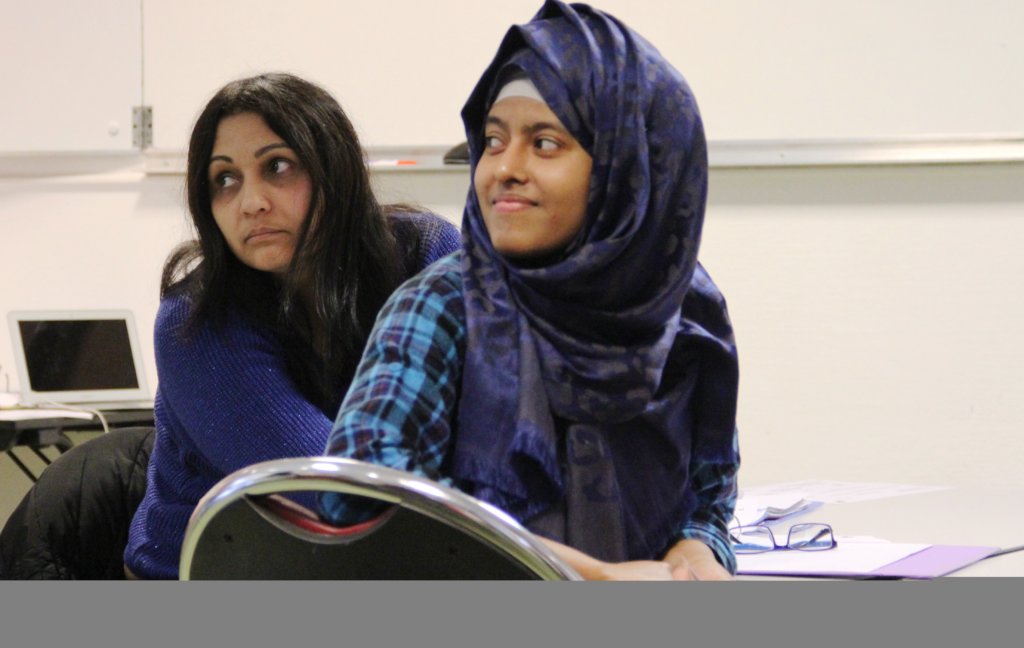 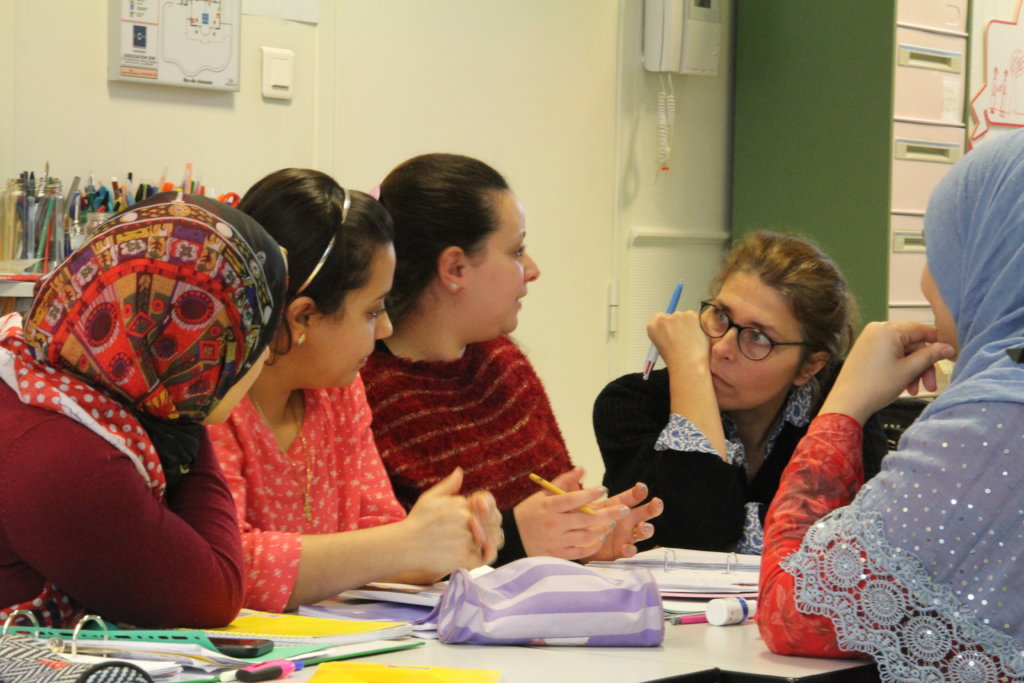 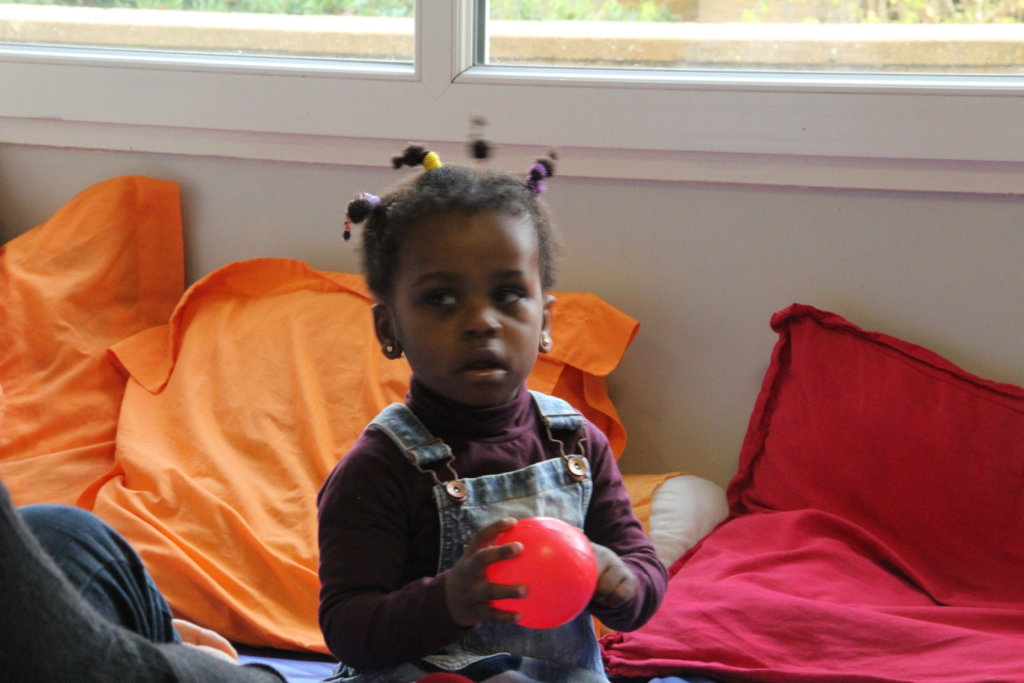 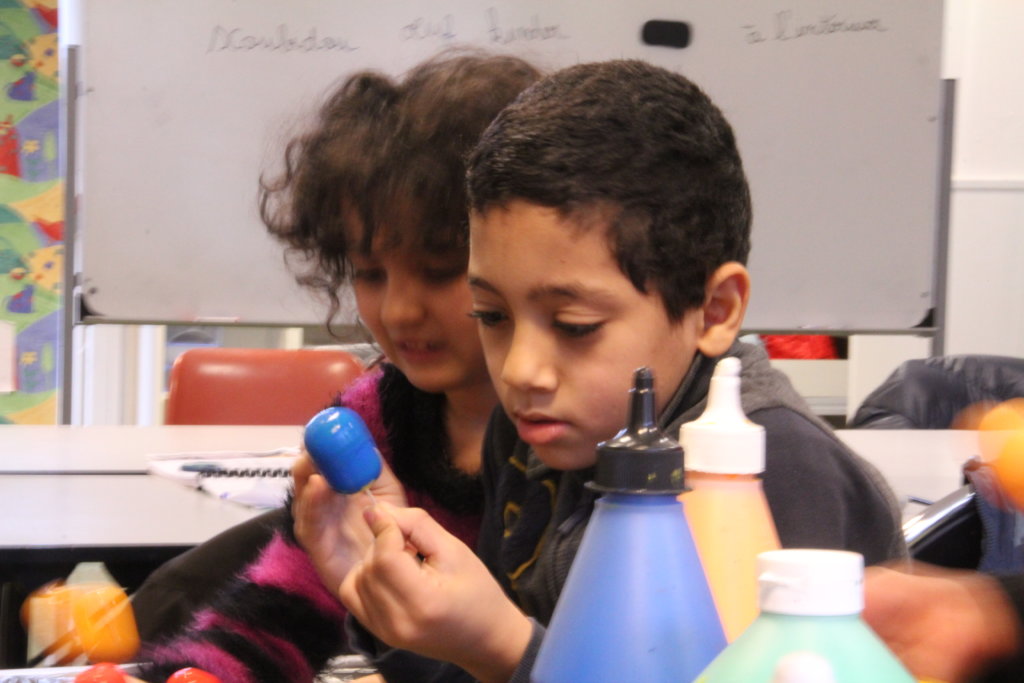 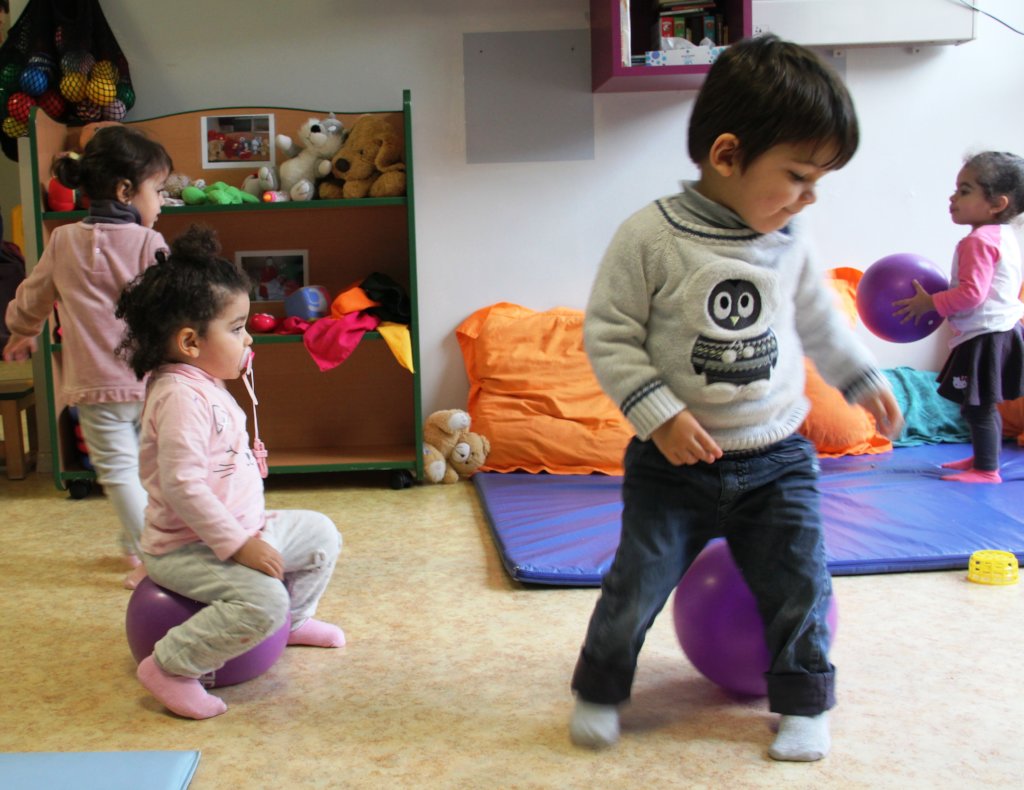 During this quarter, the sanitary instructions were still in force, varying from region to region. In April national and more drastic measures were taken: the curfew was at 7 pm and we could not leave our house more than 10 km. Closure of all shops except food carried on. Then the Easter holidays, from April 10 to 24, were made common to everybody in France: no school and no leisure activity. Except for the 2 weeks of holidays, we favored remote work as much as possible and click and collect for restaurants and goods dealers. Appointments for administrative assistance continued at SFM, remote adult classes and workshops with elementary and middle school children and  continued.

A new workshop was tested: the talking circle. It was about putting into practice the transmission and dissemination of the speaking arts.The goal of this shared moment was for children to appropriate a space through their words. Oral language considered being the basis of learning.

The proposal for this workshop was made to certain primary school children (from 7 to 11 years old), that we accompany in support to schooling. The profile of the participating children was heterogeneous, some very comfortable in speaking, others a little more inhibited. This choice was voluntary in order to build momentum within the group.

We asked the children to sit in a circle around an imaginary fire, respecting the distances imposed by the health situation. We introduced ourselves first, and then we gave the floor to the children. All stated their first name, class and age. Some children got to know each other through the workshops we share on Wednesday mornings. After the presentations, Ariel, who wore a transparent visor, took the floor to tell us a tale. Surprised and taken aback at first by Ariel's presence, the children were intrigued by the ease with which it is possible to tell a story.

Then we asked them to tell a story, a tale, a dream, a memory, a made-up story. Several hands were raised. Speaking was not compulsory, however. Most of them wanted to participate naturally. They were 8 and each time they spoke, they had the opportunity to remove their mask. But no child did.Listening was essential. When a child wanted to tell a story, he stayed in his place, looked around before exploring his memory and going for it.

Soujoud was the first to speak.Tiffany decided to participate; Having no tale in memory, she evoked a story told a thousand times during family meals. That of her grandfather, little one, who throws firecrackers in his grandmother's basket to scare her. He runs across the fields to escape her, and finds himself punished, tied by the suspenders to the shutter of the house. Feeling uninhibited by this story, the children delivered certain memories, and even tried to make up stories. Rimes told us the story of the three little pigs that everyone knows and whose morals appeal to everyone, Vinushika, the legend of a Hindu god.Everyone's words are listened to with kindness and attention by the rest of the group. Everyone takes hold of the story they have heard which brings out other memories.At the end of the session, all the children expressed their interest and enthusiasm for this workshop, and their wish to participate again. Sorry, no photos, neither records were taken, but it was the first session.

For the first session, you had to let the tongues loosen without restraining the word in order to be able to then refine and tighten naturally on the tales and the logical sequence of the narration in a very specific order. The notion of pleasure and volunteering being essential!

The session began with the viewing of In the land of the tale  (30mn) presenting Suzy Platiel's approach with talking circles. Even if this CNRS video is far from simple, it has the advantage of showing a passionate old lady who explains what pushed her to undertake this storytelling path and to intervene, since the 1980s, in French schools, to disseminate it as an educational tool to recreate the social bond. She insists that mastery of oral and body language is essential in children's development, before requiring them to read and write.

This video made it possible to arouse the questions of the children. Half an hour was devoted to answering them and then "practicing". In my presentation, I emphasized the fact that I loved to listen to as well as to tell stories. I considered them as much as gifts to receive as to give. 7 children of the 8 told some in passing at least 2 times. Vinishika, I believe, was particularly involved in the talking circle with a very strong Indian family heritage. She told stories and beliefs with great conviction.Tiffany, the host also got something up her sleeves by telling a family memory.

So the second hour went by very quickly and I only had 5 minutes to tell an easy-to-memorize “finger hike” for the children to take home with. Below an example of a story with fingers by Christine Righi  Histoires à gestes16. Haskawawa et Hiskiwiwi | Conter

Suitable for children (nursery and kindergarten), finger stories help develop their sense of observation and interpretation. With these stories, the child learns to decode two languages: oral and gestural.

When the child begins to appropriate stories with his fingers, a whole universe of explorations opens up: psychomotricity, synchronization of speech and gesture, metaphorical use of the hands, sense of the story… put at the service of expression of a sensitivity and of the poetic part that each one carries in oneself.

Yes, SFM still there and open.

Make a monthly donation & get matched today at 100% while funds remain. Terms and conditions apply.
Give the gift of stability in a time of instability. Set up an automatic, monthly gift now and get matched at 100%—because the COVID-19 pandemic has hurt us all, and it will take all of us to overcome it. Terms and conditions apply.
Monthly giving is as easy, safe, and as inexpensive as a Netflix subscription. Start a monthly donation to Solidarite Formation Mediation / Clichy La Garenne today and get matched at 100%. Terms and conditions apply.
$10
USD
monthly
buys one afternoon snack for the kids each month
›
$20
USD
monthly
Provides furnishes for one public writer for a month
›
$50
USD
monthly
Leasing of a laptop for the team or the digital classes
›

Donating through GlobalGiving is safe, secure, and easy with many payment options to choose from. View other ways to donate
Solidarite Formation Mediation / Clichy La Garenne has earned this recognition on GlobalGiving:

GlobalGiving
Guarantee
Donate https://www.globalgiving.org/dy/cart/view/gg.html?cmd=addItem&projid=38766&rf=microdata&frequency=ONCE&amount=25
Please Note
WARNING: Javascript is currently disabled or is not available in your browser. GlobalGiving makes extensive use of Javascript and will not function properly with Javascript disabled. Please enable Javascript and refresh this page.