Helping Pets and People in our Community 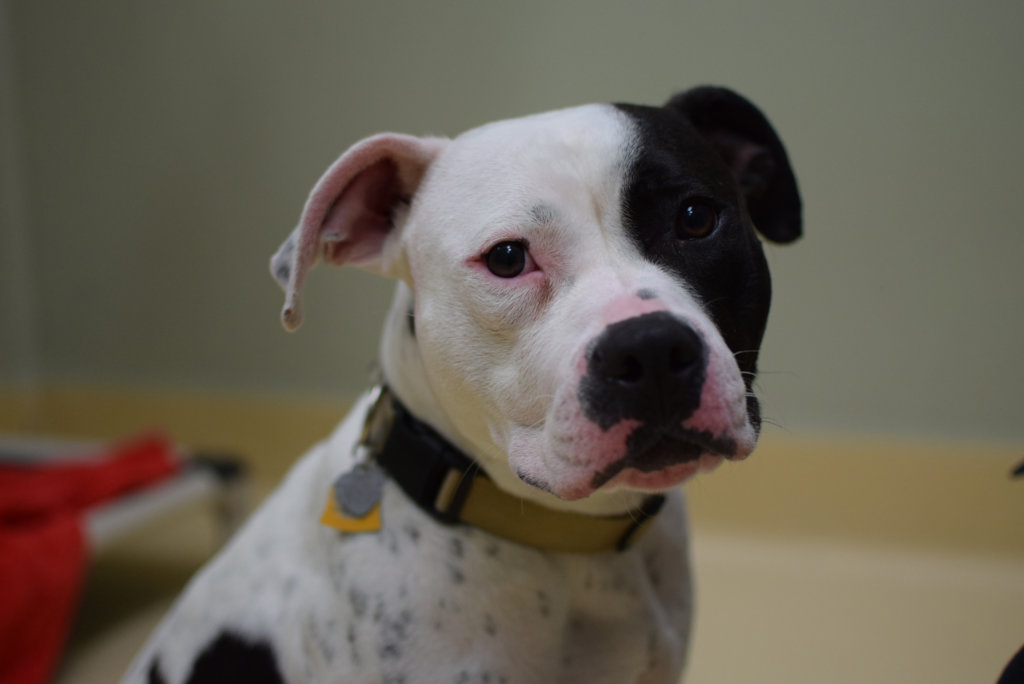 Walter's Journey to a Loving Home 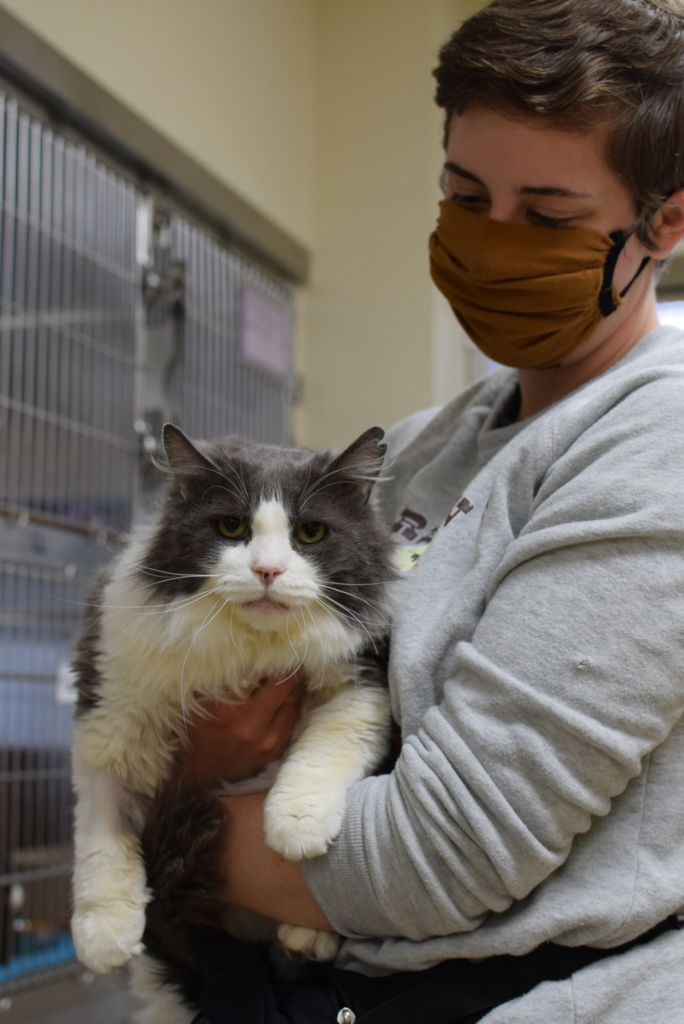 Alone, in pain and wandering the streets of La Grande, poor Walter needed a miracle. His luck began to turn when a good Samaritan began to care for him in September.  But a trip to the vet uncovered some terrible news. Walter was suffering from a painful dental disease called stomatitis. The condition is difficult to treat and requires repeated, and often expensive, dental procedures. The good Samaritan who had been caring for him was no longer able to afford his challenging medical condition. So, in January, Walter found himself at Blue Mountain Humane in LaGrande.

OHS’s Second Chance Program frequently works with Blue Mountain Humane so when the call came in to help, Walter’s case was reviewed by the OHS medical team and he was scheduled to be transported to Portland.

When Walter arrived, it was clear that his stomatitis was severe. He’d already had 17 teeth extracted and it was determined that the only way to alleviate his pain was to remove his remaining 13 teeth. His recovery was challenging, but after a few days of love and care in the OHS Medical Center he began to turn the corner. The team would coax him to eat and gave him special accommodations to make him comfortable.  He then spent a few weeks in foster care while his mouth continued to heal from oral surgery.

With all the surgeries behind him, Walter was ready for the next happy and healthy chapter in his life. A blog post featuring adoption-ready Walter was put on our website in February, drawing the attention of potential adopters, including Enny. Enny specifically wanted to adopt a cat who was having a harder time finding home. When Enny came into the shelter, they sat calmly and quietly with Walter, just letting him be while softly petting his head and gently reassuring him that better days were ahead. “I have a really nice window that you can sit and look out.”

As the paperwork was finalized, Enny got emotional. “Let’s get you home before I start to cry.”

Thank you for your support of the pets in our shelter and community, and for helping Walter find his happy ever after.

Project Leader:
Nicole Lutton
Portland, Oregon United States
$2,036 raised of $50,000 goal
You last donated to this project on
38 donations
$47,964 to go
* Amounts in US Dollars
Donate Now
Donate once
Donate monthly
$15
USD
microchips 2 shelter pets
›
$32
USD
feeds 3 shelter pets for a week
›
$51
USD
spays/neuters a shelter animal
›
$84
USD
can transport (and vaccinate!) 2 shelter pets from a smaller, overcrowded partner shelter
›
$135
USD
provides food for a long-term shelter resident for 3 months
›
$200
USD
keeps fleas and ticks off 10 shelter pets
›
$500
USD
provides food, shelter, and essentials to a shelter animal during their stay at OHS before being adopted
›
$1,950
USD
gives a month of playtime with toys for shelter pets
›

Donating through GlobalGiving is safe, secure, and easy with many payment options to choose from. View other ways to donate
Oregon Humane Society has earned this recognition on GlobalGiving:

GlobalGiving
Guarantee
Donate https://www.globalgiving.org/dy/cart/view/gg.html?cmd=addItem&projid=45995&rf=microdata&frequency=ONCE&amount=25
Please Note
WARNING: Javascript is currently disabled or is not available in your browser. GlobalGiving makes extensive use of Javascript and will not function properly with Javascript disabled. Please enable Javascript and refresh this page.