by Community Partners for Justice for My Sister 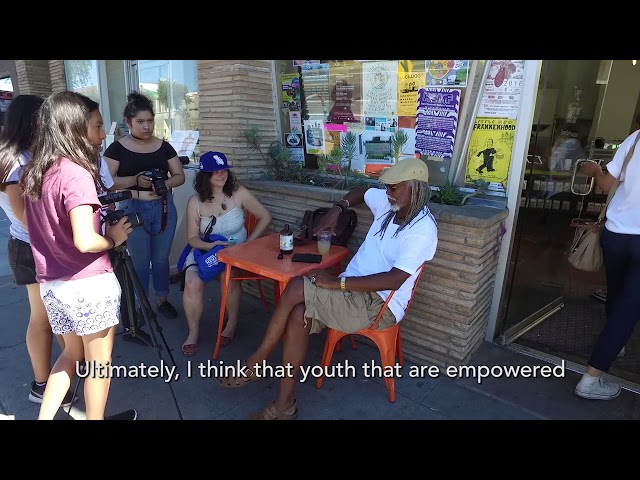 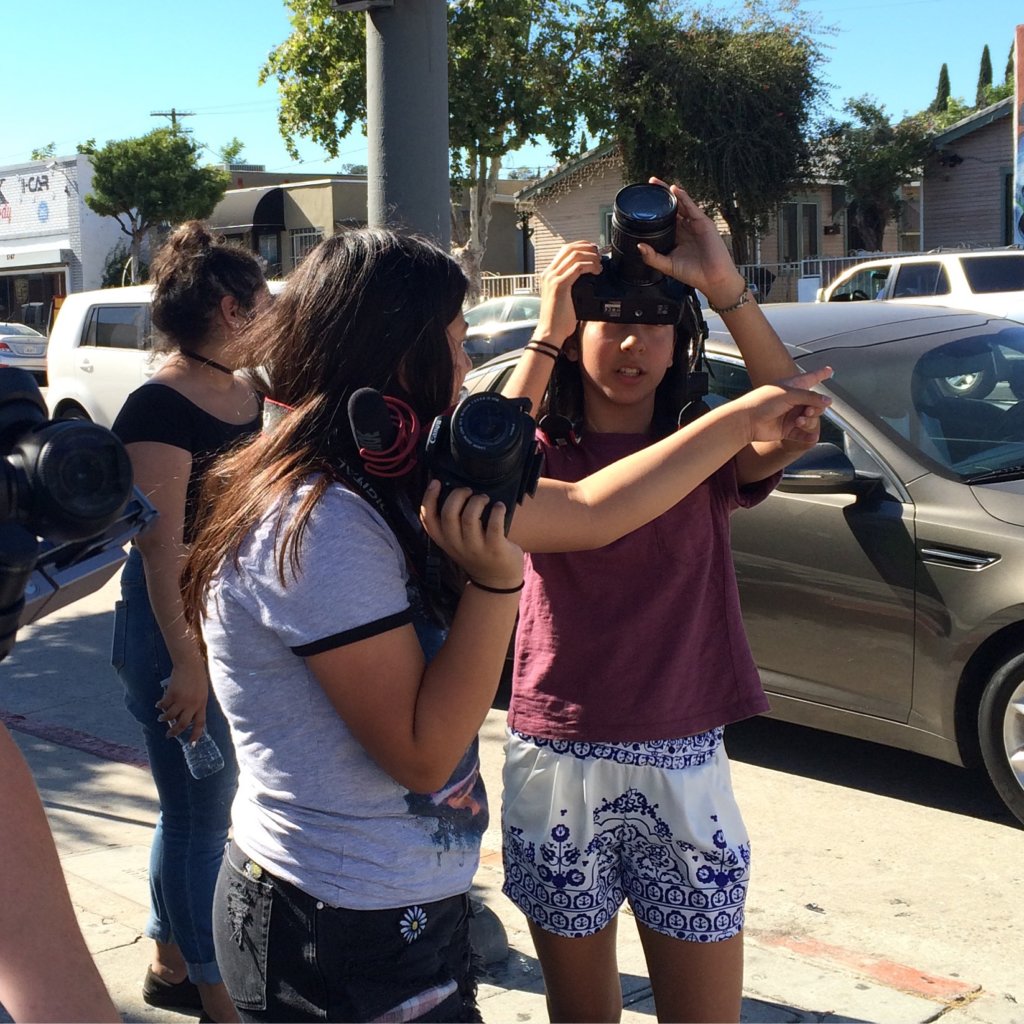 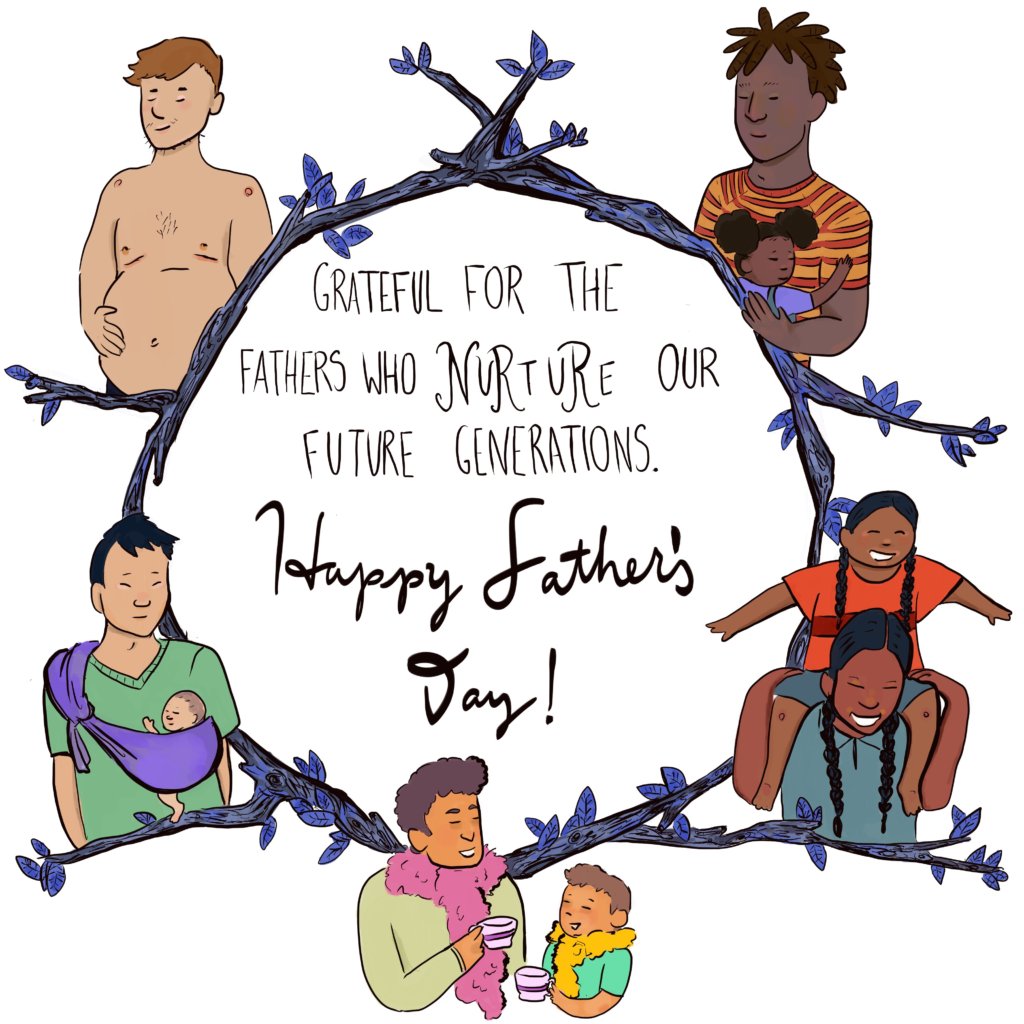 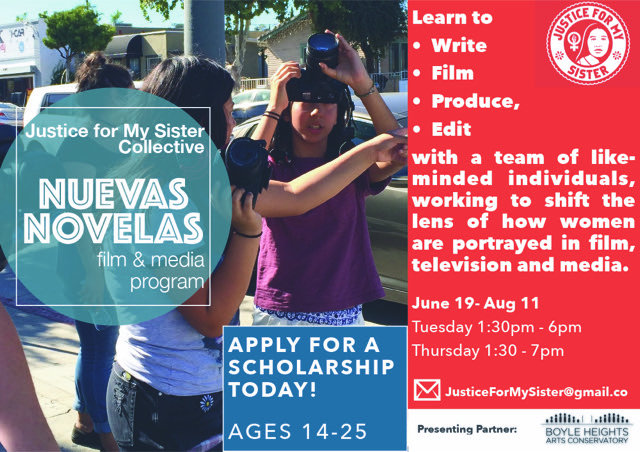 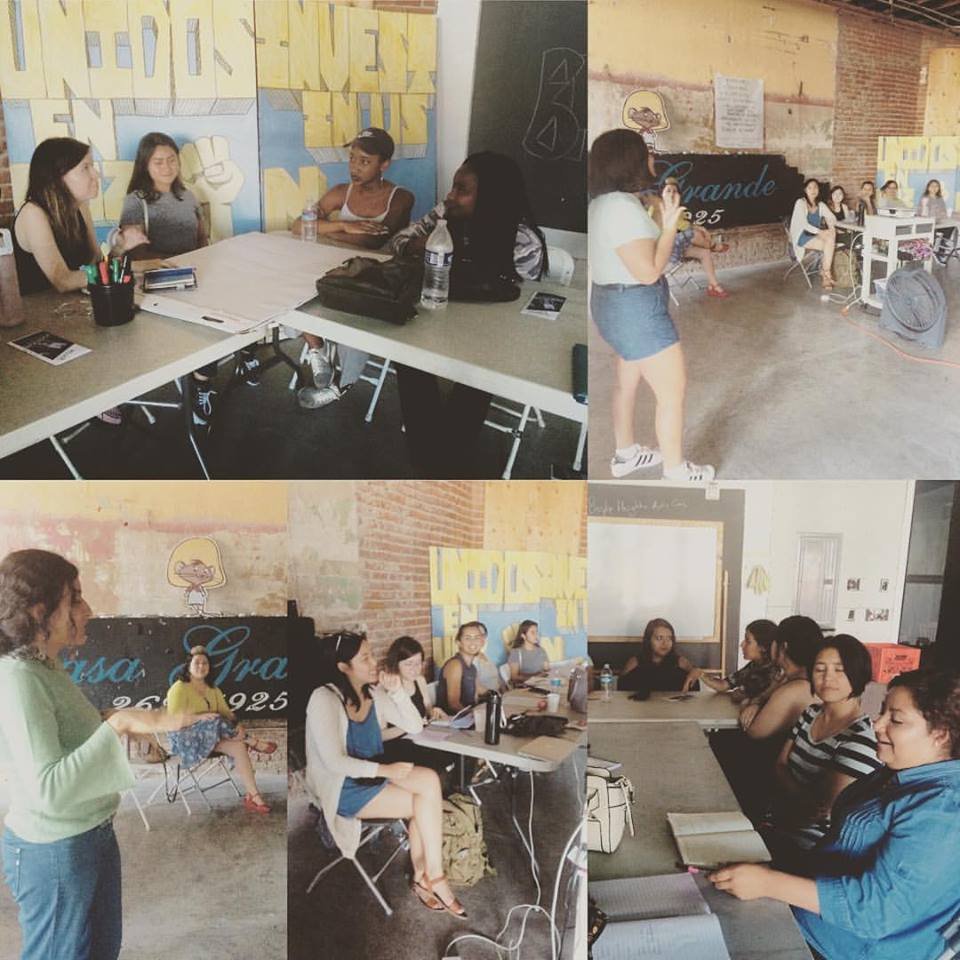 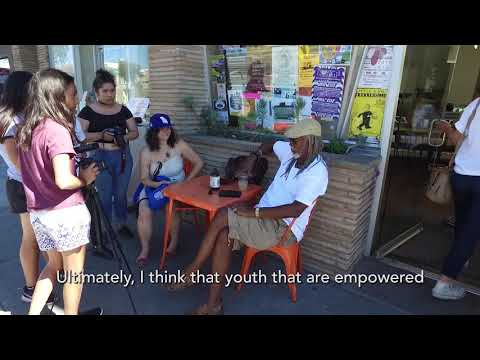 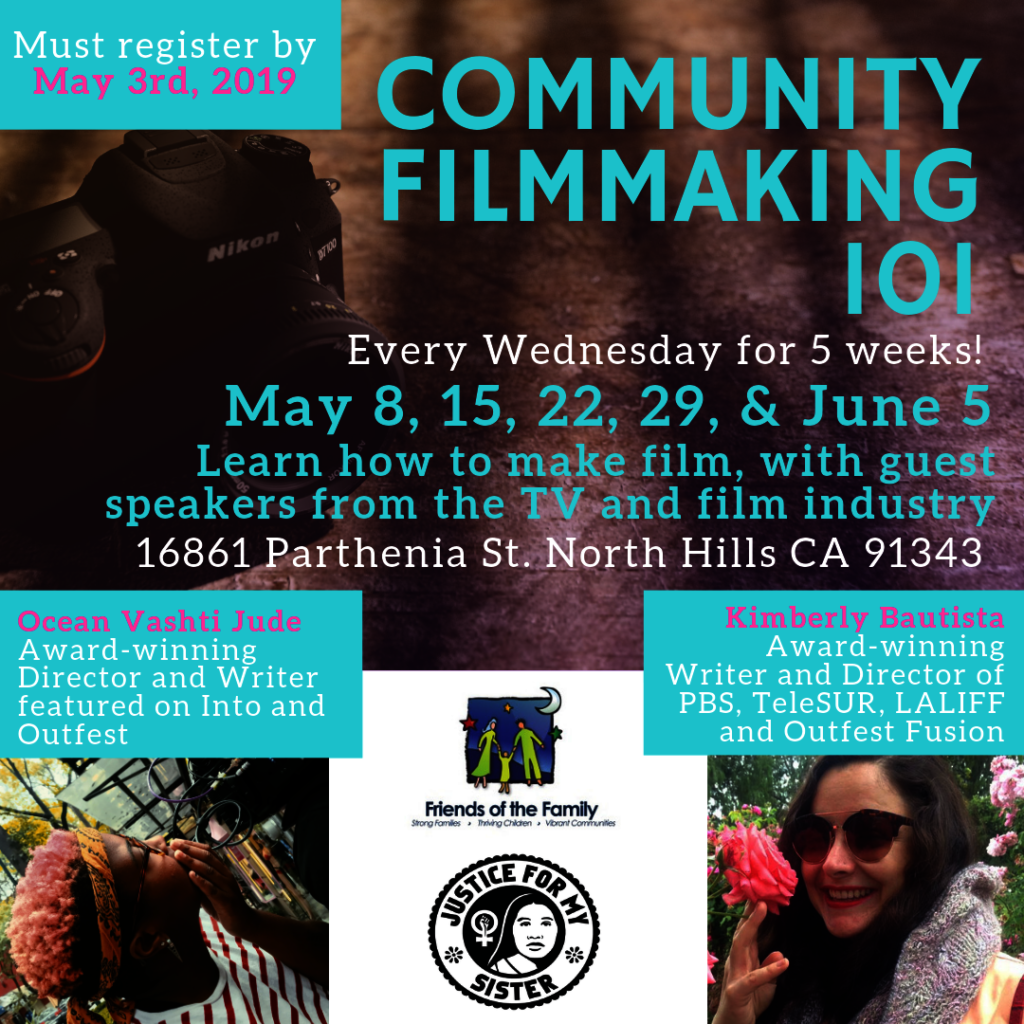 Thank you so much for your continued love of our program.

Justice for My Sister is in the running for grant money to launch our FIRST EVER Black, Indigenous, People of Color Sci-Fi Screenwriting Lab!

Please vote for us and spread the word! Public voting opens tomorrow Monday April 22!
https://challenge.la2050.org/2019/create/justice-for-my-sister-collective/
Enjoy your day and thank you for helping us to elevate gender-inclusive voices of filmmakers of color!
P.S. If you know young aspiring filmmakers in San Fernando, CA, we will be hosting a free class starting May 8!
To register: https://www.eventbrite.com/e/community-filmmaking-101-tickets-59911938220 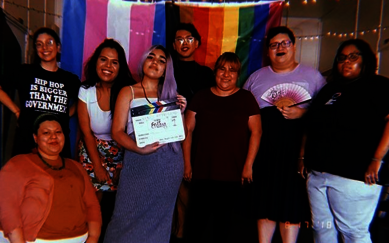 Dear supporters of Justice for My Sister Collective,

I want to express my deep appreciation to you for your continued belief in our work to train underrepresented aspiring filmmakers through a gender justice lens.

Over the summer, JFMS hosted eighteen (18) day-long workshops led by guest lecturers, our Program Coordinator Daniela Ortiz-Padilla, and myself as part of our 3rd annual Nuevas Novelas Filmmaking Summer Bootcamp for young women of color and non-binary youth. The series prepared students to produce three (3) selected short films completely created by participants. Our students are currently in post-production to finalize and premiere their work in Winter 2019.

The films selected for production during 2018 Nuevas Novelas Summer Filmmaking Bootcamp include:

Venus' Retrograde (dir. Alejandra Gonzalez) is a short LGBTQ+ film that follows a Nikkie, a young non-binary person of color, and their journey of self-love and revelation of self. Nikkie has been limiting their expression due to culture and gender expectations. However, this changes when Nikkie decides to attend an LGBTQ+ Open Mic and is inspired by a vibrant and empowering poet, Venus, who recites a poem about body-positivity and growth. Venus empowers Nikkie to unapologetically be their most authentic self and to explore their creative and sensual expression.

The trailer of one of Venus' Retrograde was presented by Outfest in Downtown LA’s Grand Park to a live audience of nearly 500 people on September 7, 2017. Our work-study student Marina Perez, the film’s Assistant Director, partook in the Q&A.

La Botanica Verde (dir. Marina Perez) is a dramedy about a local botanica's survival in a neighborhood currently being gentrified. Our two main characters Lupita and Rosario, have been operating the botanica using traditional knowledge and love for their community. As Lupita and Rosario witness the new changes in the community, our two beloved botanica abuelitas are at odds on how to handle incoming business from new people in the community.

Una Chanza (dir. Guadalupe Martinez) depicts a typical morning between Janet, her mother Mayela, and father Raul. They are a Mexican-American family going through the strain of raising a bicultural daughter--who often feels that the more she empowers and informs herself, the less she can relate with her mother. Mayela has always been a dedicated mother and wife, often pushing the family roles she grew up knowing, which Janet increasingly rejects. Raul is a hard-working provider but does not have a sincere connection with Janet. In this short, his silent presence serves as a buffer preventing Mayela and Janet any privacy to speak freely. We hear the two internal monologues of mother and daughter, filled with sharp humor, banter, and genuine love. Despite their clashing personalities, they’re inspired to ultimately try to connect over coffee and eggs.

I look forward to sharing our students' films with you! We continue to raise funds for the program, as we are bringing editing instructors to guide the students as they finalize their work. We appreciate your support that's helped us get this far! Please spread the word about our work to those who are also committed to changing the narrative and centering the voices of young women of color and non-binary youth. We welcome donations of all sizes, and every bit counts! 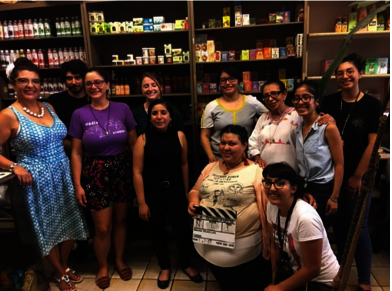 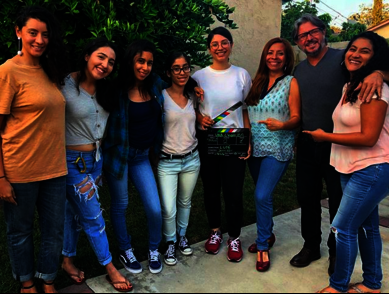 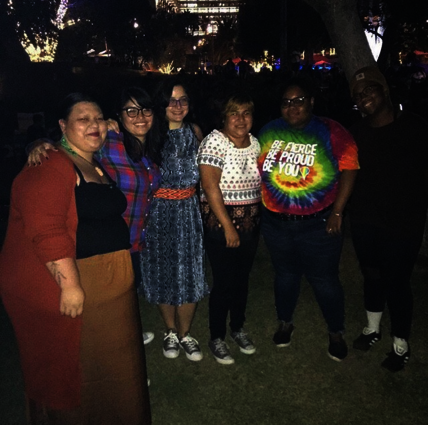 I'm very pleased to announce that Justice for My Sister Collective (a project of Community Partners) will soon launch our 3rd edition of our Nuevas Novelas Summer Filmmaking Bootcamp for young women of color and non-binary youth.

We're once again calling on our community to help us raise funds for this unique program that connects industry professionals to young adults in the beginning stages of their career. To make another contribution this year and help us get the word out, please go here: https://goto.gg/34122. We're looking to raise $10,000 by August 16, 2018 to fund the production of three student-led short films.

We're pleased to welcome Program Coordinator Dani Ortiz-Padilla this summer, one of the Collective's original founders in Los Angeles!

Our Nuevas Novelas graduates have had many recent shadowing opportunities on professional film shoots, and even obtained their first paid gigs in the industry by virtue of our mentorship program!

With our work-study program for our participants, we've been able to build more capacity of the organization itself, plus provide leadership and skill development opportunities to our students.

We had a well-attended Board Member Happy Hour last week. If you or someone you know would like to get involved to transform the TV & film industry by training women of color, LGBTQAI+ community and foster youth, please let us know! We'd love to have you partake as part of our leadership team to guide the direction of the organization and our offerings! 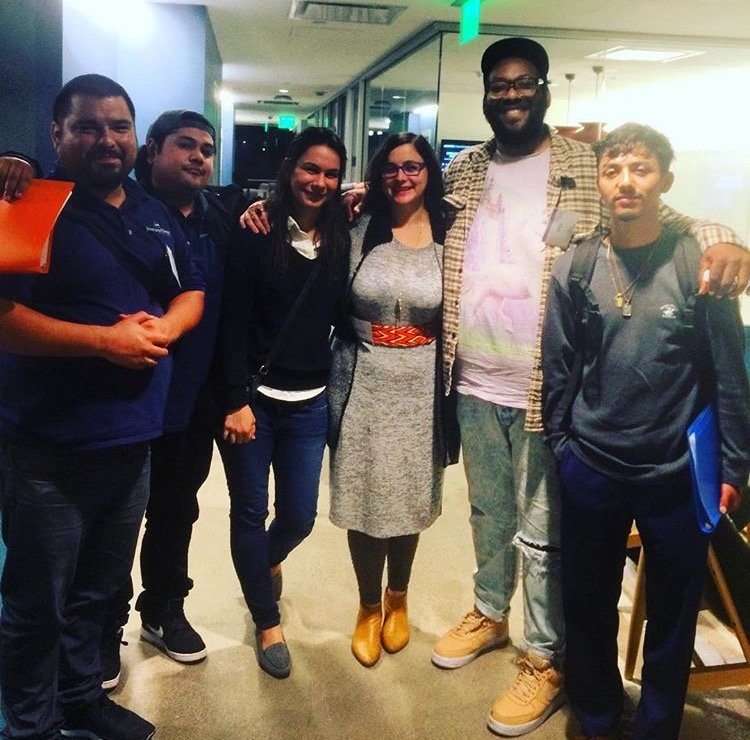 Hey folks! I am writing this update on the behalf of JFMS. I was actually a former work-study student from this last fall's writers workshop for social justice! It was such an amazing experience to share space with amazing professionals in the industry! I am beyond ecstatic to be a part of this collective as a Social Media Consultant.

So much has happened since the start of the new year! For example….

In January 2018, Justice For My Sister collaborated with PBS SoCal to host a two-day media education workshop for former and current foster youth. The workshop series was designed to enhance student interest in media and film careers. The participants also had the opportunity to actively engage with professional mentors in creating a pre-production plan with filming materials!

In February 2018, JFMS had it’s first advisory board retreat! The retreat was a success as members gathered to discuss and plan JFMS up-incoming programming. The retreat also provided board members the opportunity to reflect and strengthen our roles in the organization. Our awesome board members are dedicated to advancing JFMS mission and educational programming! A very special thank you to Lexi Notabartolo from the Young Storytellers! Lexi, facilitated a wonderful workshop on non-profit planning!

Now that we are about to enter a new month, we actually have some really exciting news!!!

JFMS is extremely excited to take part in this project as we advocate for the advancement of girls worldwide! 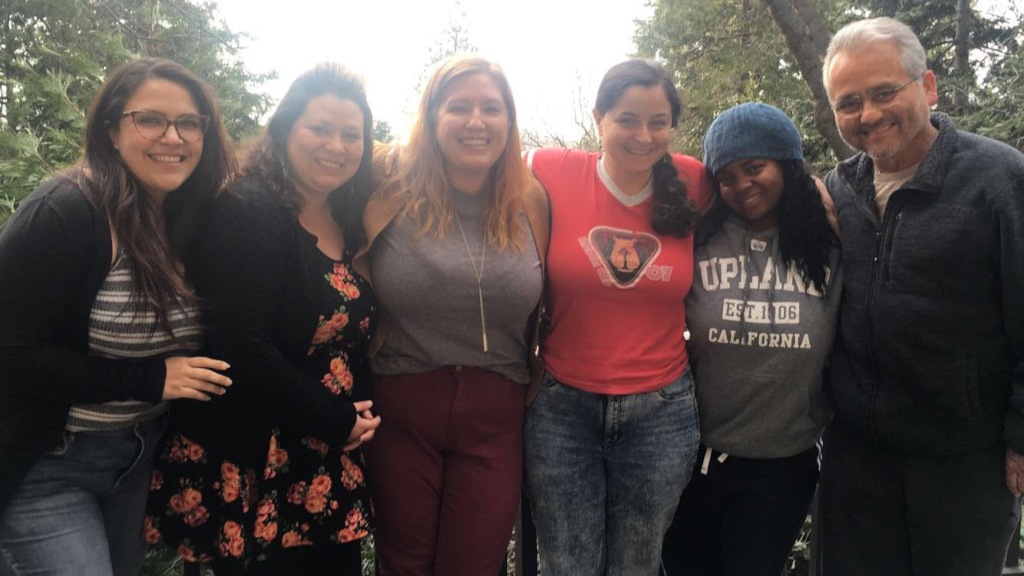 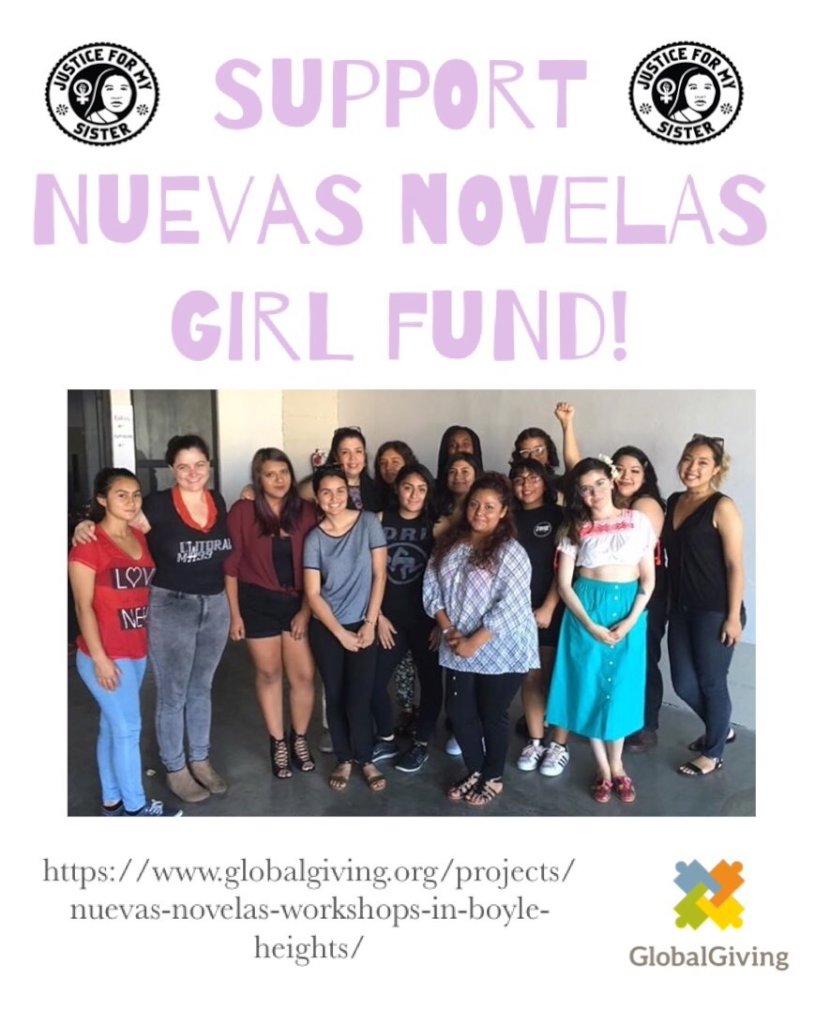 Fall Term was a success! 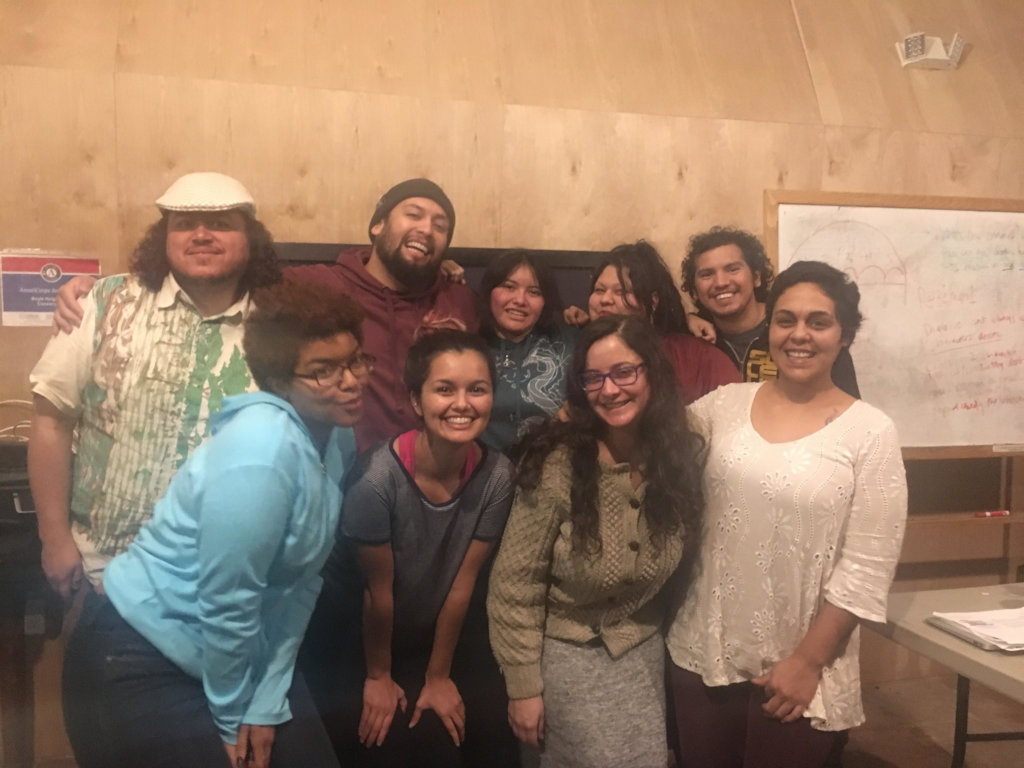 We're grateful to the instructors, mentors, volunteers and donors that made this term a huge success! Each week for three months, our students met experts in the field of webseries and digital content, storytellers and content creators at the forefront of the field! Students were granted insight to how the industry works, and how to develop their craft of writing for this format.

To see the recap of our fall term, please check out our slide show here.

We'd like to thank our stellar work-study students who made our work that much easier: Julissa Villatoro, Cassie Rubio and Marina Perez. ALSO! Special shout out to Ivonne Rodriguez, our donor who asked her friends to donate to Nuevas Novelas for her birthday.

Please consider helping us to reach our funding goal by the end of the year. Challenge your three of friends to match your donation, and spread the word on social media: www.nuevasnovelas.com.

If you're interested in volunteering as a mentor or at one of our events, please email us at justiceformysister@gmail.com.

Check out our student Julissa Villatoro's testimonial regarding her  from this term:

I’ve always wanted to work with film and media, and my biggest dream is to become a showrunner of my own series one day. For an introvert like me, it’s a bit of a double whopper to break into the industry. Not only do I have to hone new skills necessary for the field, but I also have to learn to overcome my shyness of meeting new people and sharing new ideas. At Nuevas Novelas, it became that much easier to come out of my shell and do both. Even moreso, I’ve learned that I’m not the only one trying to overcome these obstacles, and it became that much clearer why our communities need programs like Nuevas Novelas to foster our professional development. It was because of the culture cultivated here that I was able to learn so much about filmmaking; but more importantly, about how in turn these spaces could be
potential vessels for community service. I believe in the stories my peers and I are trying to tell, and I believe in its potential to empower and educate our communities in need. I have embarked on my filmmaking career thanks to this program, and it has enriched my professional development in ways I never imagined but I will always be grateful for.

Community Partners for Justice for My Sister

Donating through GlobalGiving is safe, secure, and easy with many payment options to choose from. View other ways to donate
Community Partners for Justice for My Sister has earned this recognition on GlobalGiving:

GlobalGiving
Guarantee
Donate https://www.globalgiving.org/dy/cart/view/gg.html?cmd=addItem&projid=27682&rf=microdata&frequency=ONCE&amount=25
Please Note
WARNING: Javascript is currently disabled or is not available in your browser. GlobalGiving makes extensive use of Javascript and will not function properly with Javascript disabled. Please enable Javascript and refresh this page.