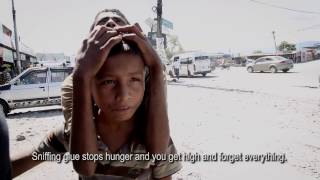 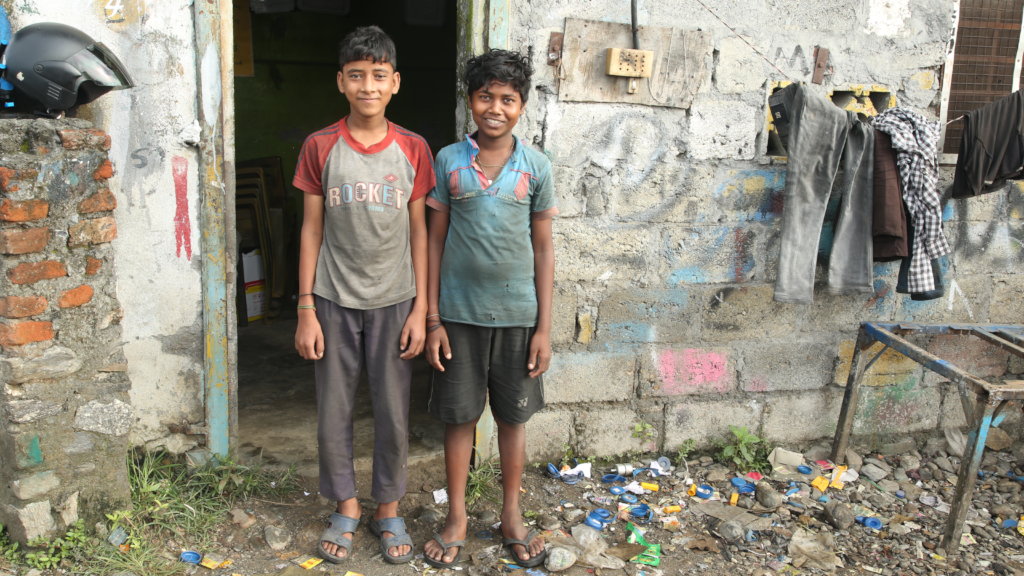 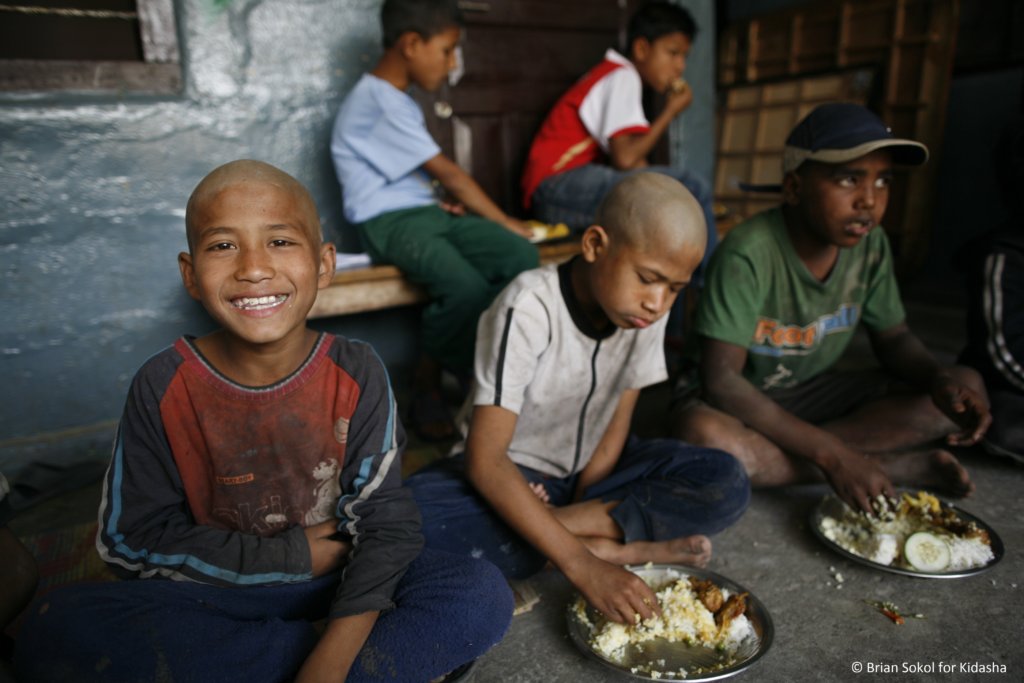 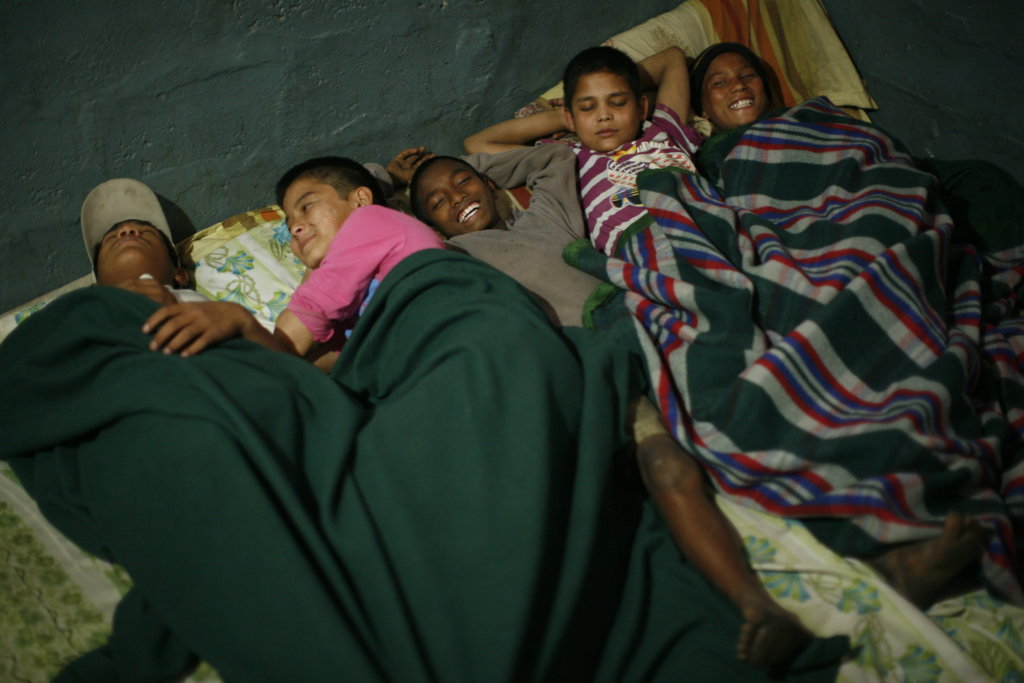 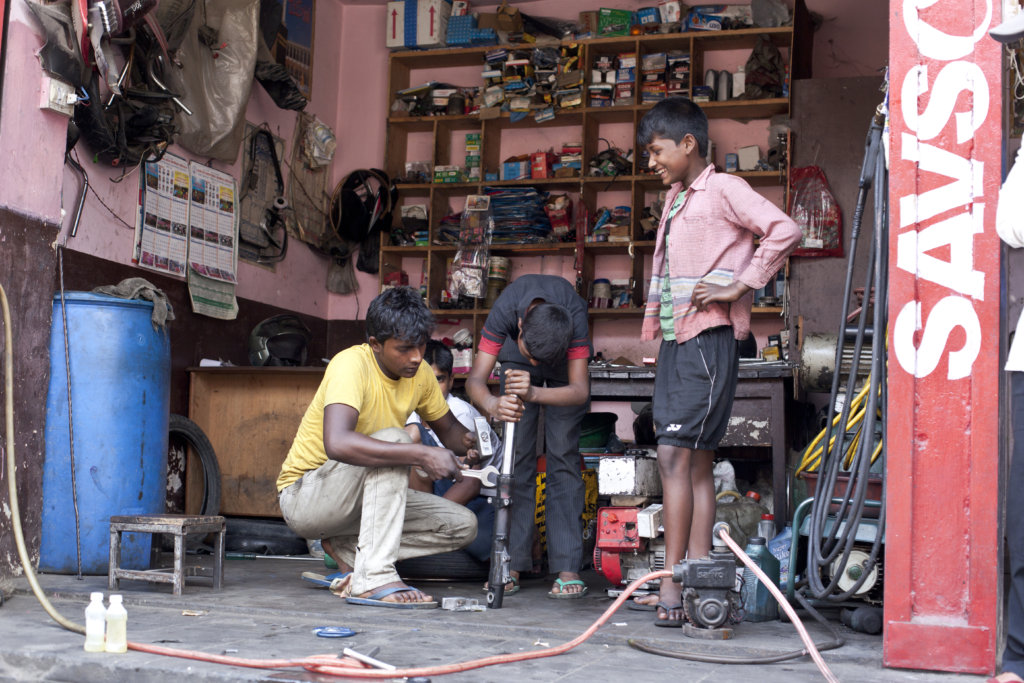 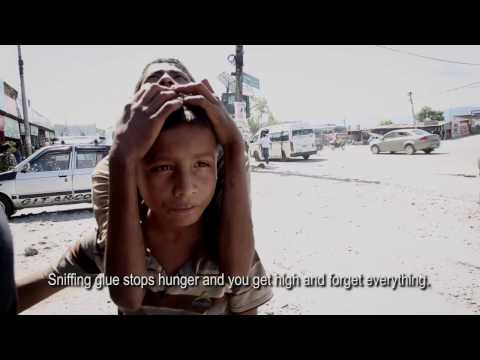 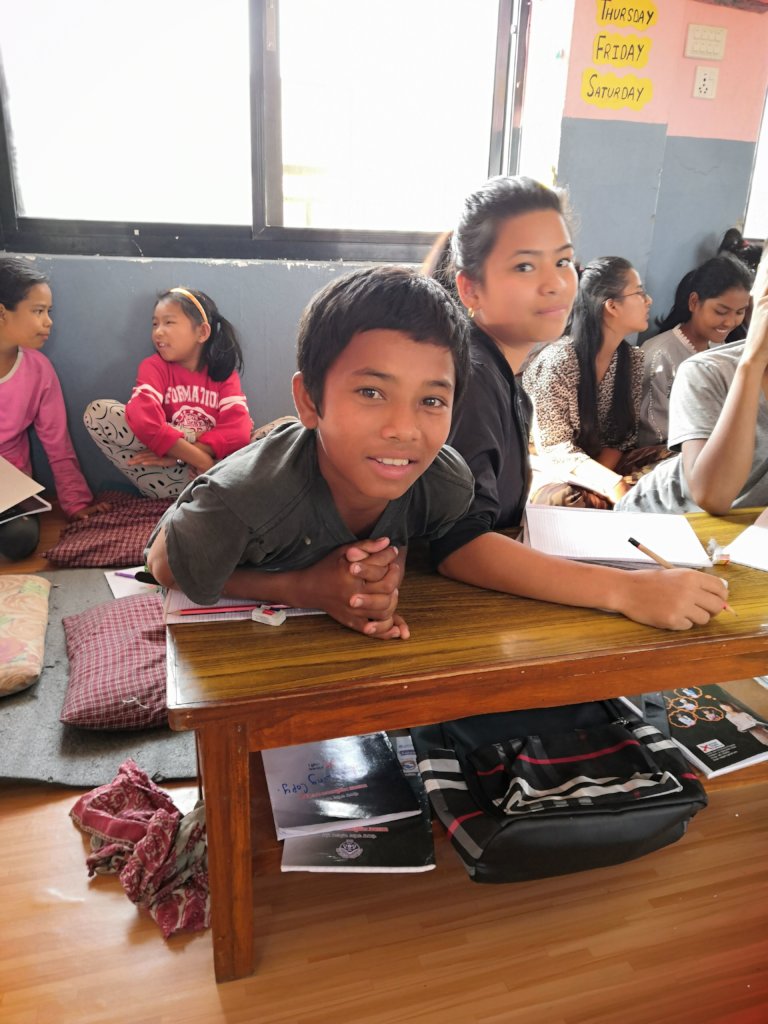 We can't thank you enough for your continued support and interest in our projects.  Through your help we have managed to change the lives of many street children in Pokhara.

Amar (not his real name) was only 10 years old when he first ended up on the street after his mother passed away and he was left in the care of his alcoholic father. On the street, Amar quickly got involved in solvent use and was also vulnerable to abuse from older children. It took our outreach workers over six months to persuade Amar to try to leave the street. After an initial period staying in our rehabilitation centre, Amar decided to try and live again with his father who had since remarried. Although social workers worked to counsel and support him, his father and step-mother, Amar was unable to adjust to living in the home due to his father’s erratic behaviour and returned to the rehabilitation centre. He started going to school again and was an active member of the Children’s Development Bank.

Last year his father disappeared leaving behind Amar’s step-brother. At this point his uncle decided to take care of Amar’s step-brother and Amar began to visit them regularly building a positive relationship. Three months ago, at the end of the school year Amar started to live with his uncle. He has adjusted well and is happy, attending the local school as well as joining the army cadets. Amar is extremely grateful for the support he has received to turn his life around.

“I see my old friends still on the street, addicted to drugs and involved in crime and know that could have easily been me.”

We hope to reach more children like Amar and with your help we can.

Thank you again for your wonderful support. 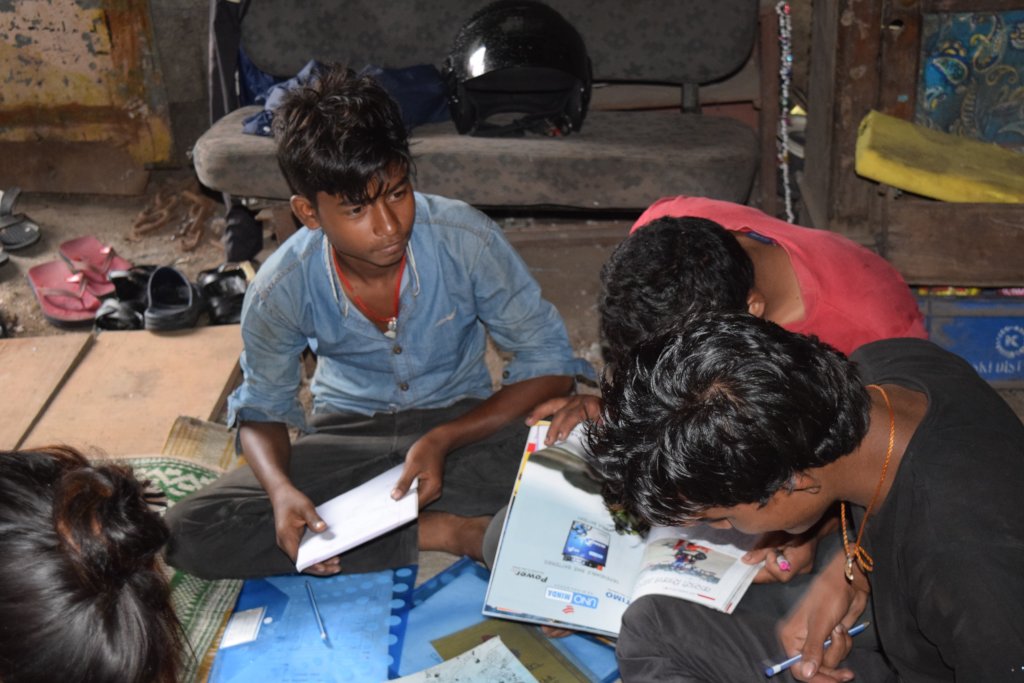 Our work at Kidasha is all about transforming the lives of the children we work with.  I would like to share with you an update about one of our beneficiaries.

Amir was 12 years old when he first came to Pokhara from a remote and deprived rural district in the west of Nepal. His father had died leaving Amir as the eldest son with the responsibility to support his family – his mother and a younger brother and sister. As a result his Uncle brought him to the city in search of work.

Amir was identified six months ago by a Kidasha outreach worker during workplace assessments conducted in partnership with the city authorities. He is now 14 years old and is a welder in a garage. Although, he doesn’t like his job, he has little option as he has to support his family and sends the £50 he earns each month home.

Our outreach work persuaded Amir to join one of functional learning classes near the garage where he was working. Amir had never been to school and it took a lot of persuasion to get him to join the class each morning.   When he started he lacked confidence and showed little interest in actively participating. However, over time as he has gradually started to learn, achieve more and he is beginning to enjoy the classes. Amir’s confidence and well being have increased significantly.  Amir wants to take every opportunity to learn and he has set himself a goal to open his own repair workshop within the next 10 years.

Without your wonderful generous support, we could never have achieved what we have in Nepal but sadly there are many more children, like Amir who we need to reach.  So, it would be fantastic if you would consider donating again to Kidasha this Christmas. 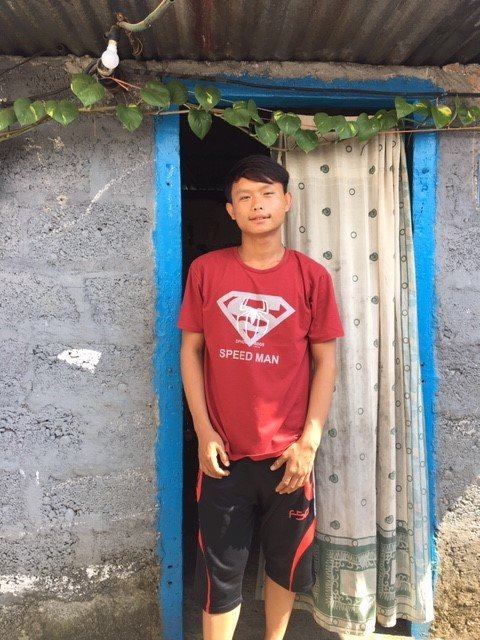 I would like to share with you a success story of one of our beneficiaries who I was fortunate enough to meet on a recent trip to Nepal.

Sanjay (not his real name) is now 24 years old and is a shining example of how our work can transform the lives of the some of the poorest children living in Pokhara.  Sanjay dropped out of school aged 10 years old and began working in the sand mines with his parents.  This type of work is back breaking and extremely tough seasonal work for very little money. Although Sanjay was under the legal age for work, his parents were unable to survive without his additional meager wages.

However he was one of the lucky and was picked up aged 14 by one of our social workers and with a little bit of persuasion started coming to one of our drop in centres.  Here, he attended one of our non formal education courses, where children come together and learn without the pressures of being in full time education. Sanjay regularly attended these classes and did well.  He then went on and with the support of Kidasha did a vocational course in hotel housekeeping.  After graduating from this course, he managed to get a job in Dubai working in a hotel.  Whilst he was abroad, he met a colleague and they decided that they would open a restaurant together back in Nepal, which is now a reality.

Amazingly, Sanjay has a third share in this restaurant and his dream of becoming a chef has been fulfilled.  He is now earning enough and is able to help support his parents. He is also paying for his sister to stay in school, as he now realizes the importance of a good education.

Sanjay is extremely grateful for the support that Kidasha has given him and how it has transformed his life.  In the next few months he is hoping to be able to take on a trainee from one of our projects in his kitchen, as he is keen to give something back.

On behalf of Sanjay and many other Nepali children, we would like to thank you for your invaluable support. None of this would have been possible without your generosity. 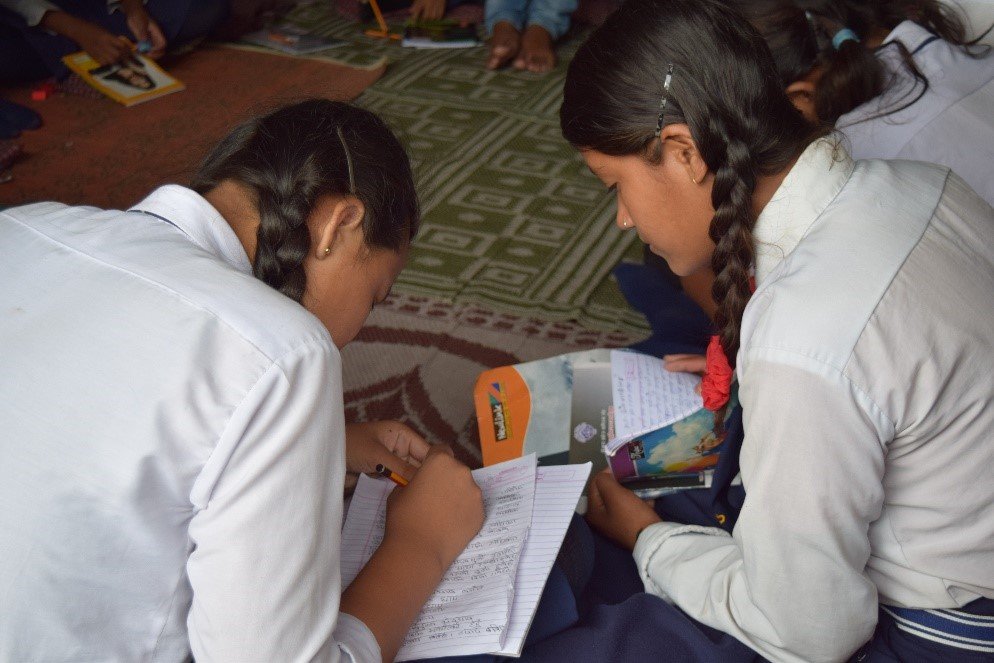 Thank you for your continued support and interest in our work in Nepal.  Over the last year we have achieved so much, however, none of it would have been possible without you. For example

We would like to share with you a success story of a young girl, whose life has been turned around. 14 year old Seema (not her real name) is from the east of Nepal. Seema's father was an alcoholic, who used to physically abuse her and her mother, so much so, her Mother and brother moved out.  Her father's behaviour got worse and he would often  beat and sexually abuse her, threatening that if she told anyone he would kill her. This continued until one day he sent her to work as a domestic worker in someone else’s home. Feeling safe in this new environment, Seema shared everything that had happened and her father was arrested and sentenced to prison.

Due to the stigma of the sexul abuse, Seema didn’t feel comfortable staying in the same town and so her employer arranged for her to move to Pokhara to a new workplace. In Pokhara, she was identified by Kidasha's outreach workers and has now started to regularly visit one of our Drop-In Centres where she receives counselling and Non-Formal Education. Seema has also made new friends in the centre – other girls working as domestic workers and is much happier. She has just completed three months of Non-Formal Education and her employer has agreed to support her back into school from this month, which is the start of the new academic year. Seema is determined to study hard to make a better future for herself and to help other children in similar situations.

Our work in Nepal is extremely important and with your kind and generous help, we can change the lives of many more vulnerable children. 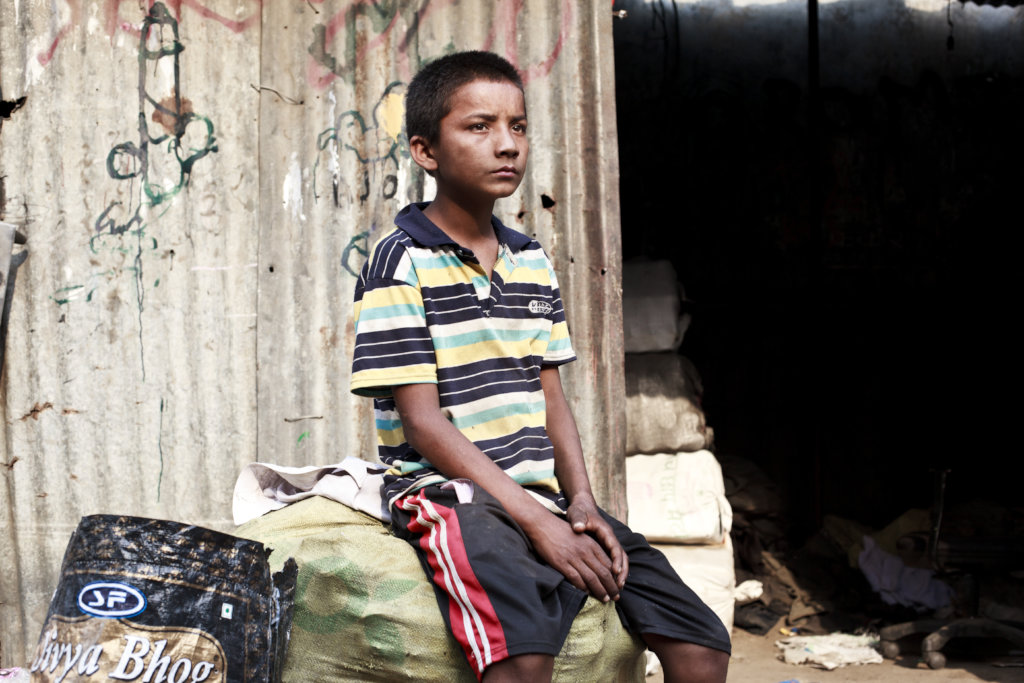 I would like to share with you the success of one of our boys who we have been working with for a number of years now.  Our work isn't a quick fix and there are many challenges which have to be overcome.  Here is a shining example of the work our partners are doing in turning around the lives of the most vunerable children in Nepal.

Nabin (not his real name) is now 17 years old and has been on and off the street since he was 11 years old. Two years ago, he was motivated by Kidasha outreach workers to leave the street and join the Rehabilitation Centre. Initially leaving street life was difficult for Nabin and several times he ran away back to the street, his street gang and substance abuse. With the support of his social worker, Nabin was able to better appreciate the impact this was having on his life and to learn to develop better coping strategies. After six months he moved into the Midway Home and started attending school again.

Over the next year Nabin progressed well in school, made new friends and started to increase contact with his family, progressively spending weekends staying with his father. His confidence grew and he became better at dealing with challenges he faced in his daily life – no longer resorting to escaping to the street or drugs. In the school holidays Nabin would work in a metal workshop earning and saving money. Six months ago, Nabin made the decision to start living with his father again. Supported by Kidasha’s social worker, both father and son have learnt to adapt their behaviours and live together positively. Nabin himself paid for his school fees this year and he is studying hard and aims to graduate from high school in the next two years.

“I really liked the midway home and the way it worked. The rules had the right balance and we were encouraged to go out to school, training or work. It’s from there I learnt to quit bad habits myself, not because I was forced to. I feel a much stronger person now.”

None of this would have been possible without your generous support.  Sadly there are many more children like Nabin in Nepal who need our help.  If you were able to give another donation, we would be able to change more lives for the better in Nepal.

Many thanks and I look forward to hearing from you.