Help Children and Families in Myanmar 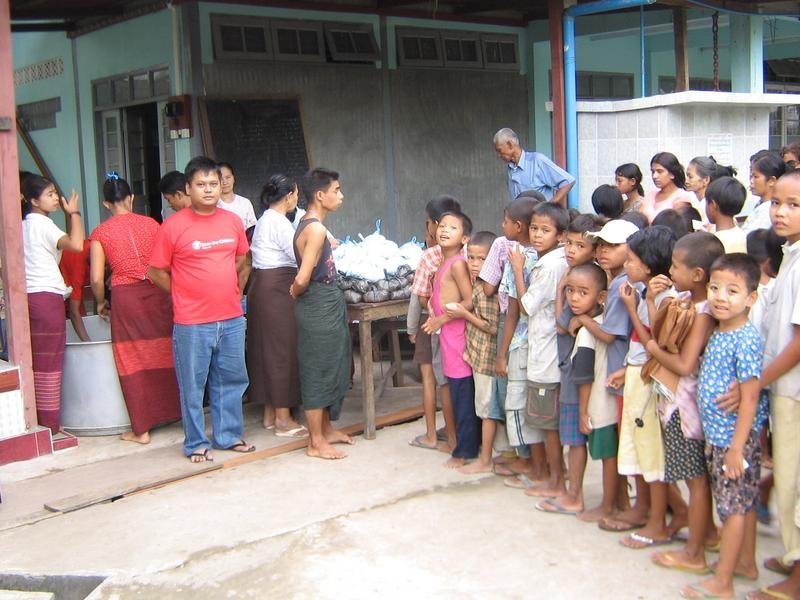 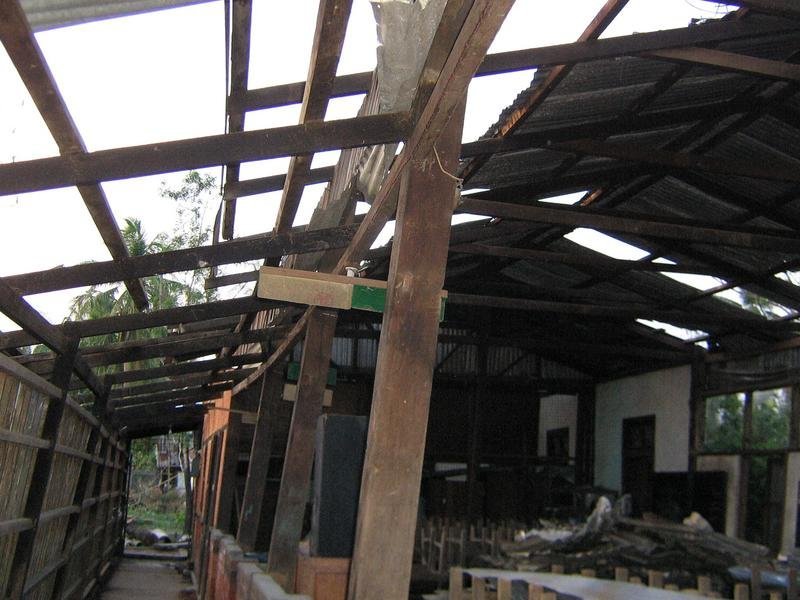 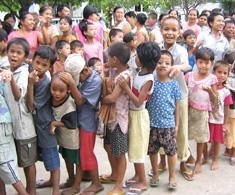 Save the Children's Work in Myanmar 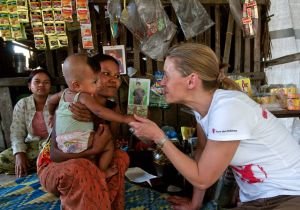 Our work in Myanmar continues.

Thank you for your generous support of Save the Children's work in Myanmar. In addition to disaster relief, our efforts have focused primarily on education, health and economic opportunities. A strong commitment to community empowerment has both created sustainability of programs in impact areas and supported the prospects for scaling-up programs to achieve greater national impact through advocacy.

Despite Myanmar's natural wealth, a third of its people live in exreme poverty. Myanmar possesses rich natural and human resources but is ranked only 149 out of 187 ciountries on the Human Development Index. With a population of approximately 50 million, Myanmar faces economic challenges, an escalating HIV/AIDS epidemic, and health and education systems that are strained due to limited resources. Children's access to quality education, adequate healthcare, and economic security is increasingly threatened.

More than 90,000 children under five die every year in Myanmar, primarily from just three diseases we know how to prevent or treat. From the moment a child is born in Myanmar, their life chances are threatened.

In some areas where we work, up to 60% of children are underweight — with up to 12% of them acutely malnourished. Children here will live shorter lives than anywhere else in Southeast Asia. But there is hope. In recent years, Save the Children has directly reached nearly three-quarters of a million children and adults with health and child survival programs.

Have a wonderful holiday season. Thank you again for your generosity.

Westport, Conn. (May 11, 2008) — As the death toll in Myanmar from Cyclone Nargis continues to climb – and with more than 1 million lives in the nation's delta region still at severe risk – Save the Children is expanding its relief efforts as it continues to reach tens of thousands of survivors with life-saving materials.

Save the Children has mobilized its large staff of 500 staff members in Myanmar to respond to the emergency and deliver much-needed food, water and other materials both by truck and boat throughout the delta region hit by the cyclone.

Save the Children has reached 100,000 people in three Yangon townships and has distributed 175 tons of relief supplies to other affected families throughout the region. Supplies have included rice, water, oral-rehydration solution, blankets and materials for cooking and shelter.

Save the Children's country director in Myanmar, Andrew Kirkwood, said that the agency's first relief boat reached the delta area of Pyin Kayaing on Sunday. The team distributed rice, water and oral-rehydration solution to 9,400 people, including 2,350 children under 12, in 13 villages. Families in this area are staying in crowded monasteries living in makeshift shelters made from plastic sheeting.

While relief efforts are expanding, staff members warn that clean water remains in short supply and many communities are still isolated and without help. The survival of tens of thousands of children and their families remains in doubt.

Compounding the crisis: Weather forecasts are calling for five days of rain and wind across the zone most affected by the storm.

"Time is of the essence, and we must assist as many people as possible in the coming days," said Ned Olney, Save the Children's vice president for international humanitarian response. "Survivors are facing severe threats to their health — from waterborne disease, malaria, from sleeping out in the open and from having to go so many days with little food and water. Already we are seeing numerous cases of diarrhea, a major killer of young children."

Throughout the delta region, many villages have been devastated, with thousands of homes destroyed, and more than 3,000 schools damaged. The low-lying Irawaddy Delta suffered the effects of a sizable storm surge and many areas remain underwater, hampering relief efforts. Much of the delta is reachable only by boat.

"Save the Children is mobilizing its staff — many of whom have also had their homes damaged — to reach vulnerable children and families in the five hardest-hit districts," said Olney. "Shelter materials, clean water, mosquito nets and emergency health kits are critical needs at this time."

Authorities have declared five regions with an estimated total population of 24 million to be in a state of emergency, including Yangon (Rangoon) Division, Pegu Division, Mon State, Karen State and the Irrawaddy Division. This delta is considered to be the country's rice basket and already, the cost of food has doubled in many markets.

"The impending rainy season is likely to complicate an already desperate situation," said Olney. "The current lack of clean water will directly impact the health of children and their parents. And standing water only increases the possibility of an outbreak of waterborne illness. We need to move aid quickly to alleviate current hardships and mitigate the potential for a greater crisis."

Save the Children currently operates programs in all five of the affected regions and has worked in Myanmar since 1995. As one of the largest nongovernmental organizations at work in Myanmar, the agency implements programs focused on early childhood care and development, child survival and child protection. All staff members are safe and accounted for, although their homes and families have been affected. 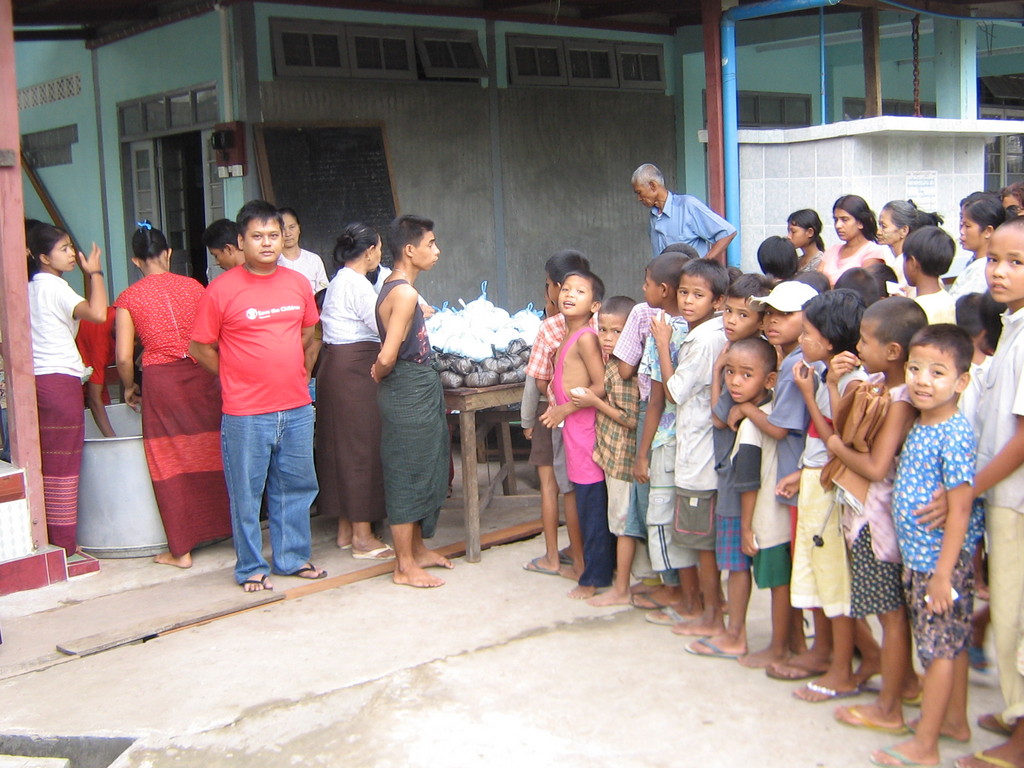 Save the Children is the emergency response agency for children worldwide. We are providing lifesaving relief to children and families affected by Cyclone Nargis. We're distributing food, water and materials for shelter (e.g., plastic sheeting). So far we have reached 72,000 children and families; more than a third of these beneficiaries are children age 12 and under.

In emergencies children are the most vulnerable – they have lost their homes and schools, and face numerous threats to their well-being, including waterborne illness. The situation is deteriorating quickly. Babies and young children are especially vulnerable to life-threatening illnesses like diarrhea.

We urgently need help to be able to reach children and their families. Save the Children has launched an appeal for $10 million for children affected by the emergency in Myanmar - to donate call 800-728-3843 or go to the website www.savethechildren.org. Save the Children has raised nearly $1.5 million dollars in donations from individuals, corporation and foundations for its response to Cyclone Nargis, but more is needed to reach children and their families with life-saving supplies.

Thanks to 177 donors like you, a total of $12,242 was raised for this project on GlobalGiving. Combined with other sources of funding, this project raised enough money to fund the outlined activities and is no longer accepting donations.
You last donated to this project on 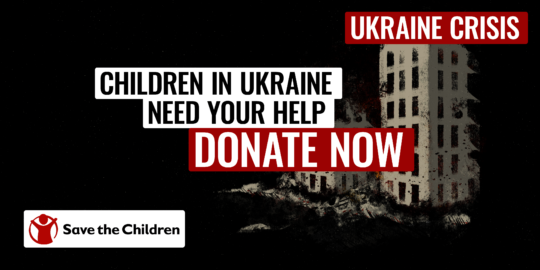 Save the Children's Ukraine Crisis Regional Fund
Find a Project

GlobalGiving
Guarantee
Donate https://www.globalgiving.org/dy/cart/view/gg.html?cmd=addItem&projid=2082&rf=microdata&frequency=ONCE&amount=25
Please Note
WARNING: Javascript is currently disabled or is not available in your browser. GlobalGiving makes extensive use of Javascript and will not function properly with Javascript disabled. Please enable Javascript and refresh this page.