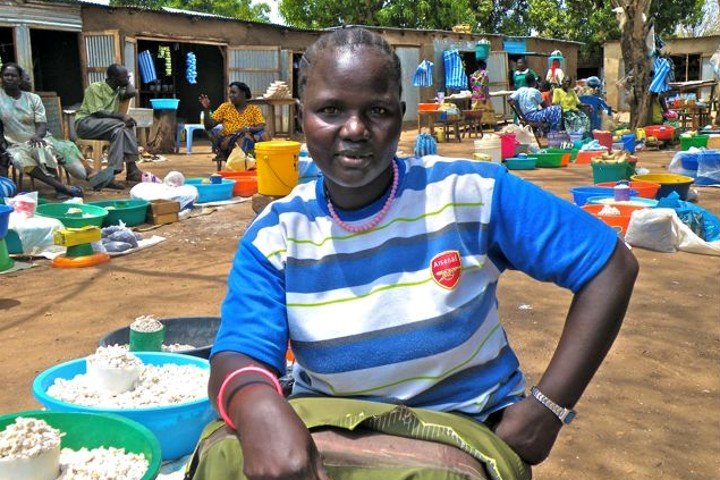 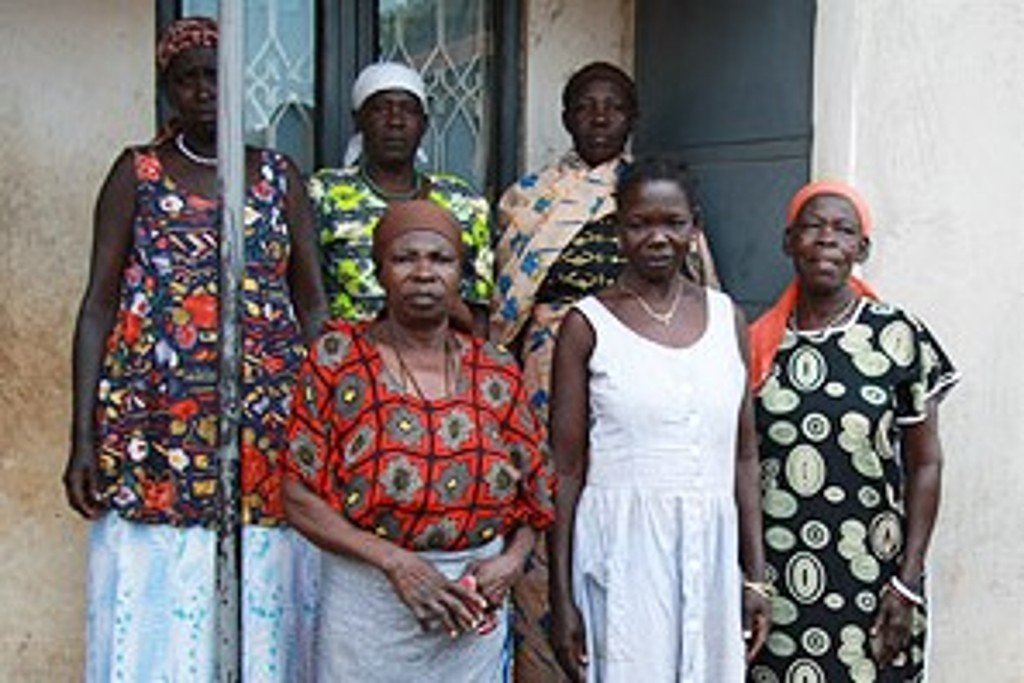 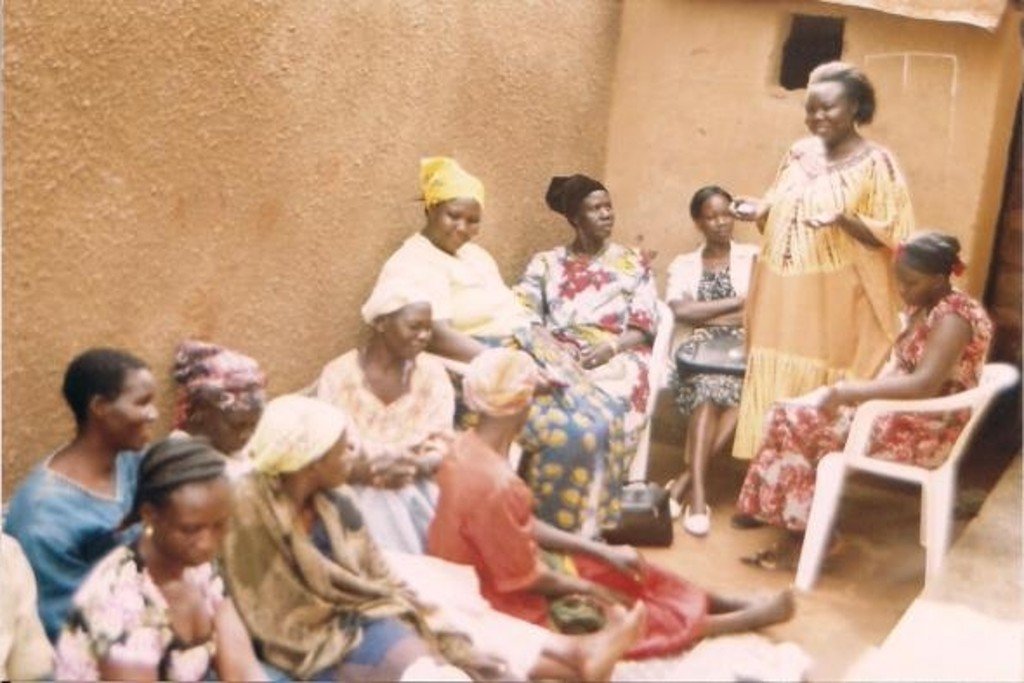 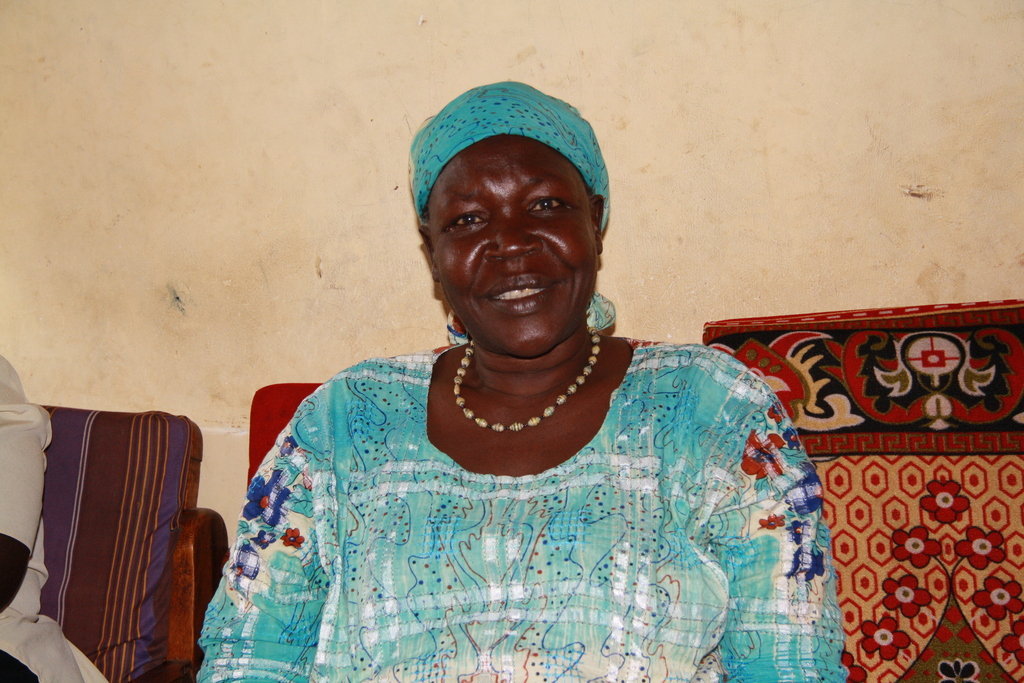 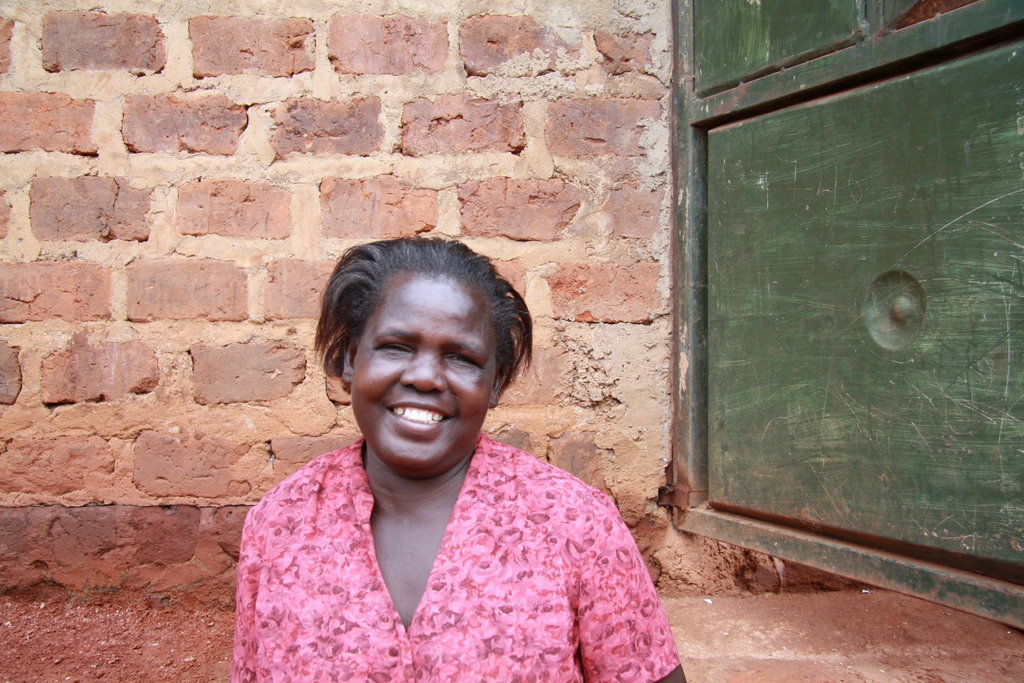 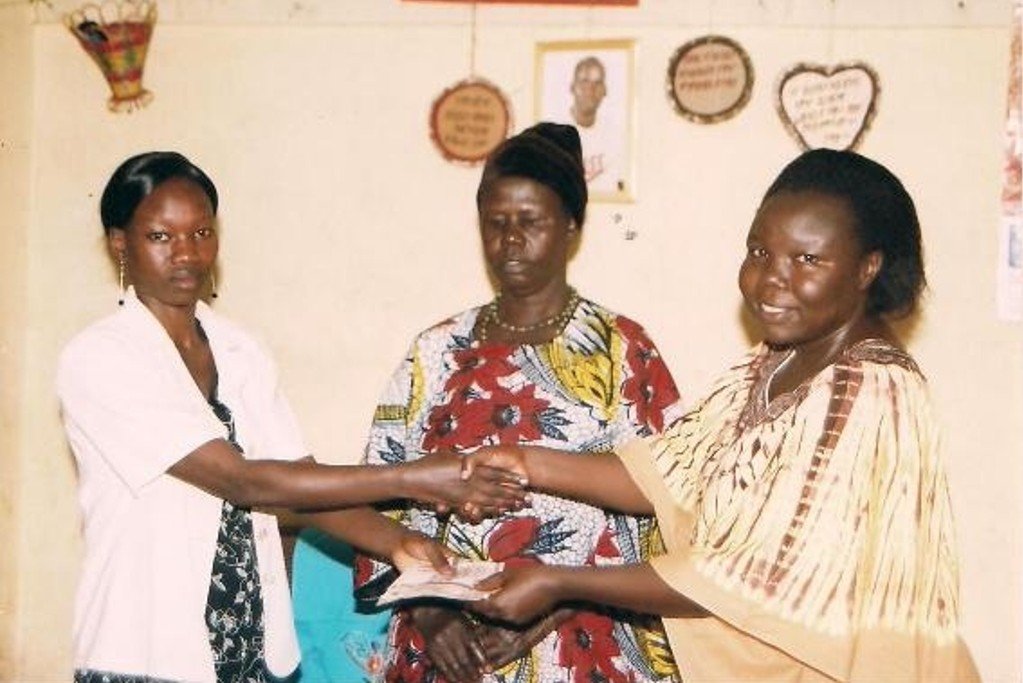 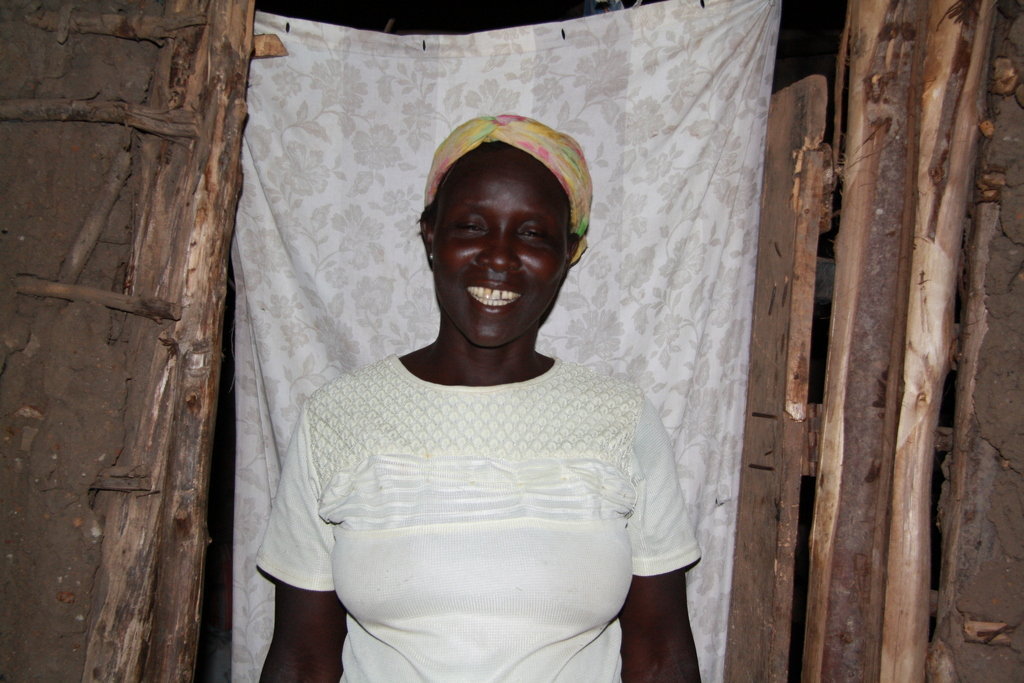 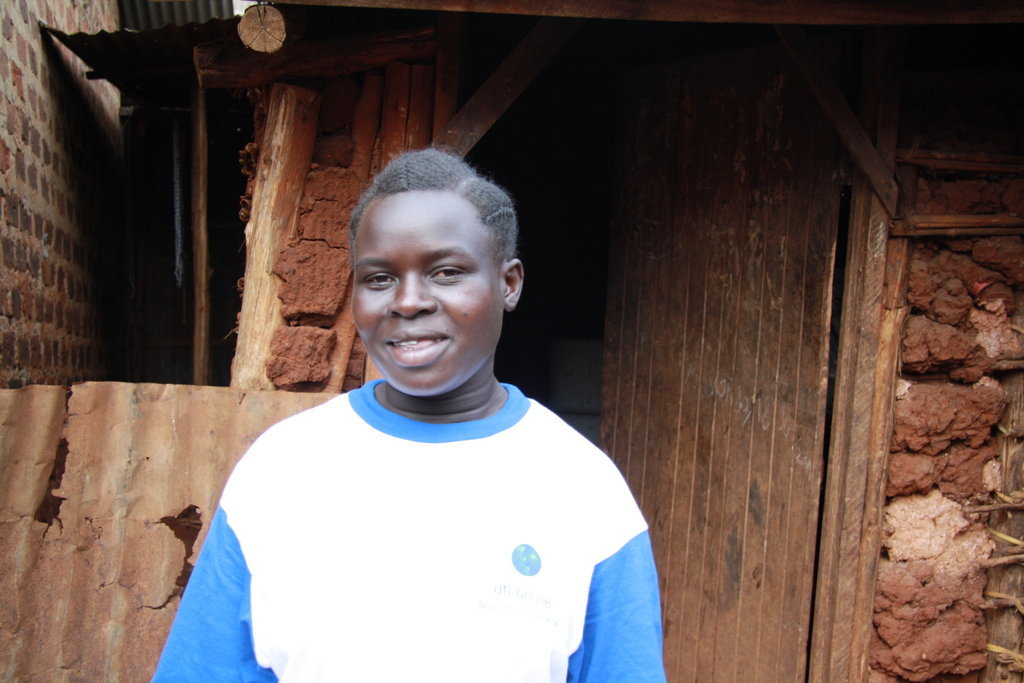 After Christmas - We're in business again! 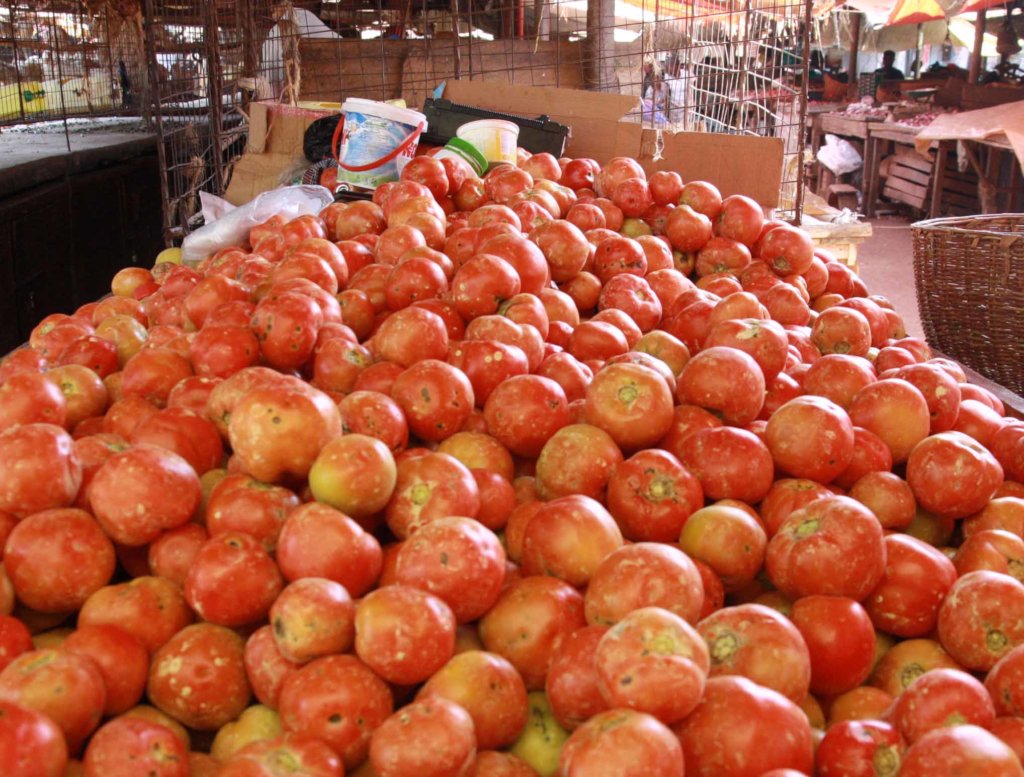 Your impact put in good use to overcome poverty!

Because of South Sudan’s war the aid workers who already were in the ground helping had left, and the charity made a difficult choice not to recruit new volunteers. We also suspended to implement the Omilling’s project activities because of the anarchy. This instability affected our ability to gather facts from the ground to post you the quarterly field update report.

We’re pleased to report that your money and donations different sources had been set aside until this November. However, there is good news to share with you. The government and rebel in South Sudan have signed a peace deal formally ending a five-year war that has destroyed the economy and killed tens of thousands of civilians. Because of it we’re resuming our operation in South Sudan immediately. Your gift will be used for this cause.

At the time of this reporting:
This project’s activity is in Uganda. However the war in South Sudan had affected our ability to keep it running for two reasons:

a) in Uganda office we had a huge staff turnover and lack of management capacity. To address this internal crisis we needed time.

b) When we started this scheme our target group are South Sudanese refugees women who’re stranded in an outskirt of Kampala city and been in Uganda over ten years.

But a lot of women fled to Kampala from Juba from between 2013 to 2018. The new-comers had applied for the microloans as well. Nevertheless, we’re making a decision on whether or not to include them in our program before this Christmas. This project re-starts in January 2019.

After this report we will be posting you a second field update report to let you know during unreported period what took place and the current status of this need.

With microloan - poverty can be pressed down 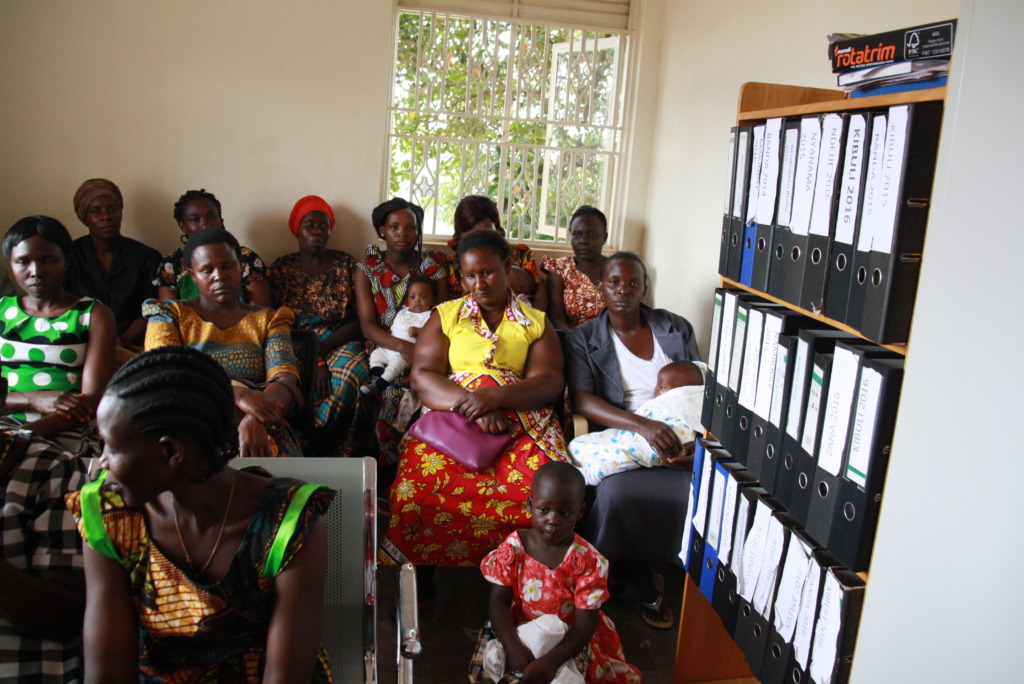 South Sudanese in need of microloan in Uganda

Thanks for supporting S. Sudanese Refugees microloan project in Uganda.

At a time of this reporting:
Even if the lending activity is reduced, it is because one of Hope Ofiriha donor had requested the loan capital be returned. In a past two repayments had been wired back and one will be the end of this October. Still, the charity will continue to give a microloan to refugee women to enable them to provide basic needs for their families and pay fees to keep their kids in schools, Uganda.

The South Sudanese civil war had forced women to flee to Uganda for safety and give an education their kids. The demand for a microloan is high due to extraordinary arrival South Sudanese refugees in the northern part of Uganda.

With Funding from Deki (UK), HopeOfiriha continues to give microcredit to poor effective refugees to overcome poverty from a business’s profit.

In this October Hope Ofiriha grants ten (10) microcredits with funding from Deki (UK). Three (3) clients will be given loans from funding from GlobalGiving.

In the next quarter, we will send you a new field update report to let you know about the impact of your contribution. 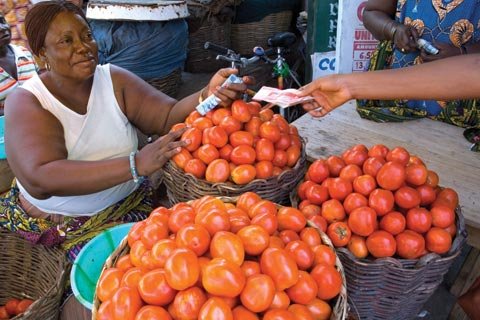 Doing business to support her family and her kids!

Army attack prompts mass exodus from Magwi County South Sudan.
Regime troops – slaughter villagers like mammals as thousands flee when Pajok came under attack. Over 6,000 people have fled from Magwi County South Sudan into northern Ugandan according to the UN Refugee Agency. More inhabitants are still hiding in the bush trying to find their way to safety in Lamwo district of Uganda.

Hope Ofiriha had been grateful to the following donors: Deki (UK), Trolltech Foundation (Norway) and GlobalGiving (USA) to provide microfinance loan capital that a charity gives out in form of small loans to clients who are refugees in Uganda.

At this second reporting:
HOPE OFIRIHA had granted microloans to over 400 clients to do business to provide their families with basic needs, pay medical costs, school fees, and repay their monthly loan installment from the profits. This is working since it is creating positive effect instantly.

The new exodus of refugees had crossed into Uganda when government forces attacked Pajok Magwi County South Sudan. Most had applied for microloans. Their applications are put on the waiting list until funding becomes available.

In South Sudan, over 200 clients had lost their stocks through armed burglary either by regime forces or the insurgents. Robbing is on an upsurge since the start of this year due to war which is escalating in South Sudan.

At the end of third quarter, we will be posting new field update to let you know the positive impact your contribution and the additional clients whom your donation help to them get new loans.

No loan! No Peace! Poverty attacks! 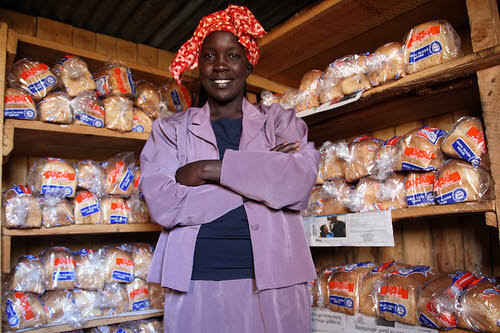 We are so thankful to our donors Deki (UK), Trolltech Foundation (Norway), and GlobalGiving (USA) for providing HopeOfiriha with microfinance loan capital. Each month with Deki's funds, it gives small loans to 200 refugee clients in Uganda.

In 2016: 200 clients benefited from Trolltech funds. They are still grappling to skip what befell them in a world newest nation. Regrettably, these females lost their commodities looted by the armed forces in South Sudan war. Albeit some returned to Uganda as refugees, literally majority are striving to repay their loans with headaches because they had no assets to trade to service the borrowed capital.

With GlobalGiving money, we continue to grant small loans to South Sudanese women living in areas around Kampala city. Between January and February, the charity gave loans to five women to do income generation activities to support their families with basic needs and pay fees to send their children to school in Uganda.

In the second quarter, we will post a new field update to let you know the impact of your contribution is making to improve the life of refugees who are displaced by war.

Without Money! No life! 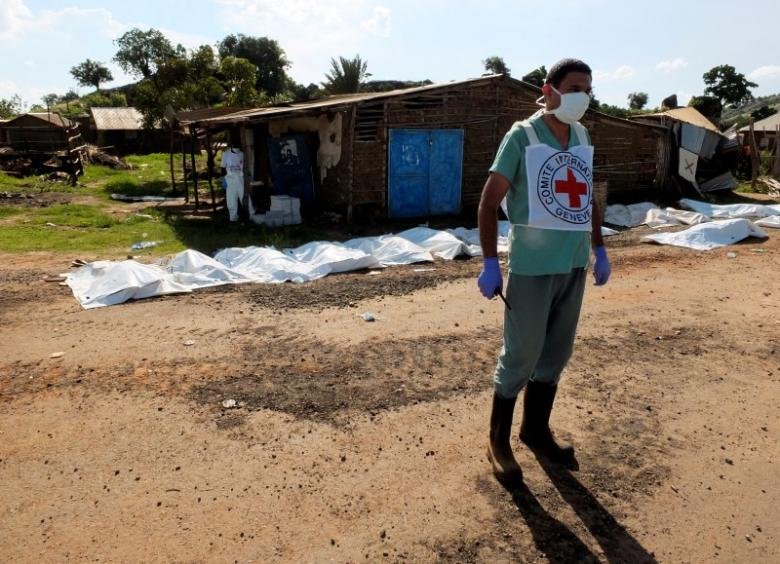 The victims of south Sudan madness

Thank you for providing loan capital in the hands of women to feed their families.

It was the bodyguards for rebel leader and presidential guards who fought each other in earlier July sparking days of violence which killed many hundreds of soldiers and civilians. The two forces had battled each other, almost five years to the day South Sudan declared independence from Sudan. Following the orders from the leadership on both sides, the clashes ceased temporarily in late in July. The rebels then moved their based outside Juba in an attempt to save peace which both parties signed.

In August fighting was in the outskirt of Juba in which the oppositions accused the government of attacking their positions. The rebels regrouped and fled to Congo with Riek Machar, their leader. Over the last few months, the citizens have expressed dissent against the government, as a result of this, the rebellion is growing rapidly in Equatoria Region, which kept itself neutral for much of two years’ civil conflict in Upper Nile State. Different tribes are targeting ethnic Dinka. The humanitarian needs are going to be very great after this, Director General for RRC, told reporters. They are going to need food, shelter, water, he said, adding that the need for shelter and clean water was pressing for those living in a Displaced facility within Juba town.

At a time of this reporting:
HO is regretful to inform you that due to the fighting in Juba, the 400 clients you funded their loans capital had their merchandise confiscated at gunpoint at a total value of USD 120,000. HO also lost much cash due to hyperinflation that had pressed South Sudanese Pound against USD and Ugandan Shillings. The loaners are not able to service their loans. These women were hawking between Juba-Kampala to make ends meet for their families. Unknown shooters killed ten entrepreneurs when resisting looting and vandalism, between Nimule-Juba highway. Twenty women raped, and six are in a critical situation as a result of abused. Two of HO officials were also arrested illegally and beaten. Fortunately, the Authority released the two staff without explanation, after 60 days in detention.

With loan capital from Deki, our microfinance lead partner (UK), HO is funding 150 clients monthly. HO is only granting loans to refugees living in Uganda from South Sudan until further notice.

With current and, previous cash donations through GlobalGiving HO is recycling your money into new investment capital and gave credit to four refugee families to do income generating activity to make ends meet for their families and educate their children.

In the next quarter, we will send you a new field update report to let you know the impact of your contribution.

GlobalGiving
Guarantee
Donate https://www.globalgiving.org/dy/cart/view/gg.html?cmd=addItem&projid=4494&rf=microdata&frequency=ONCE&amount=25
Please Note
WARNING: Javascript is currently disabled or is not available in your browser. GlobalGiving makes extensive use of Javascript and will not function properly with Javascript disabled. Please enable Javascript and refresh this page.