Literacy and Livelihoods for 445 Women in Nepal 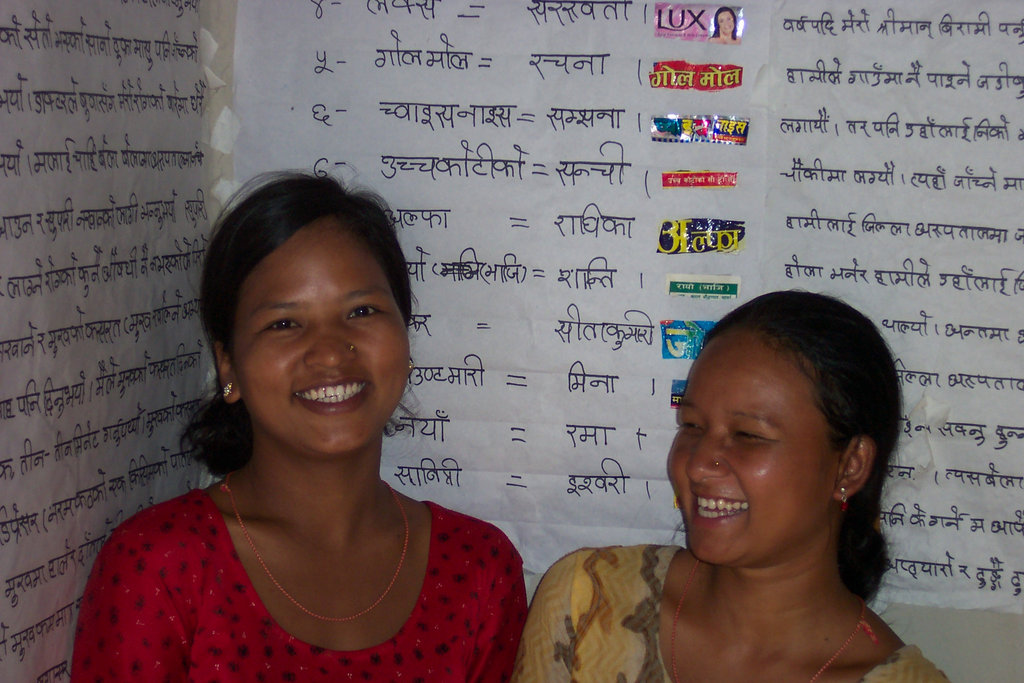 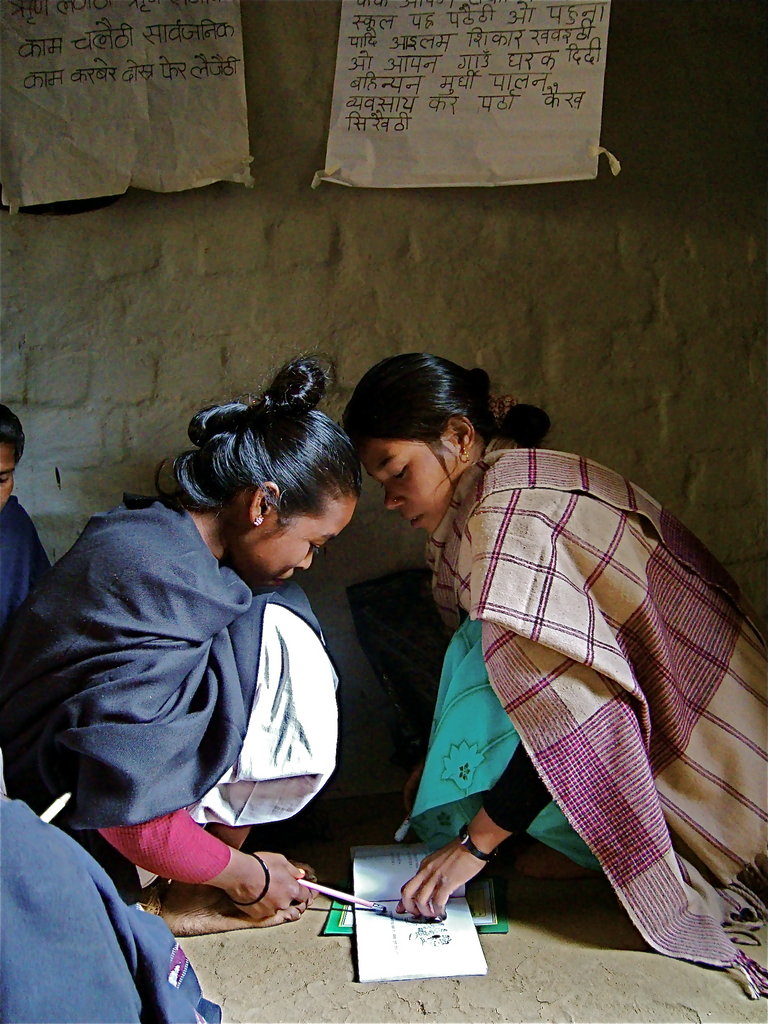 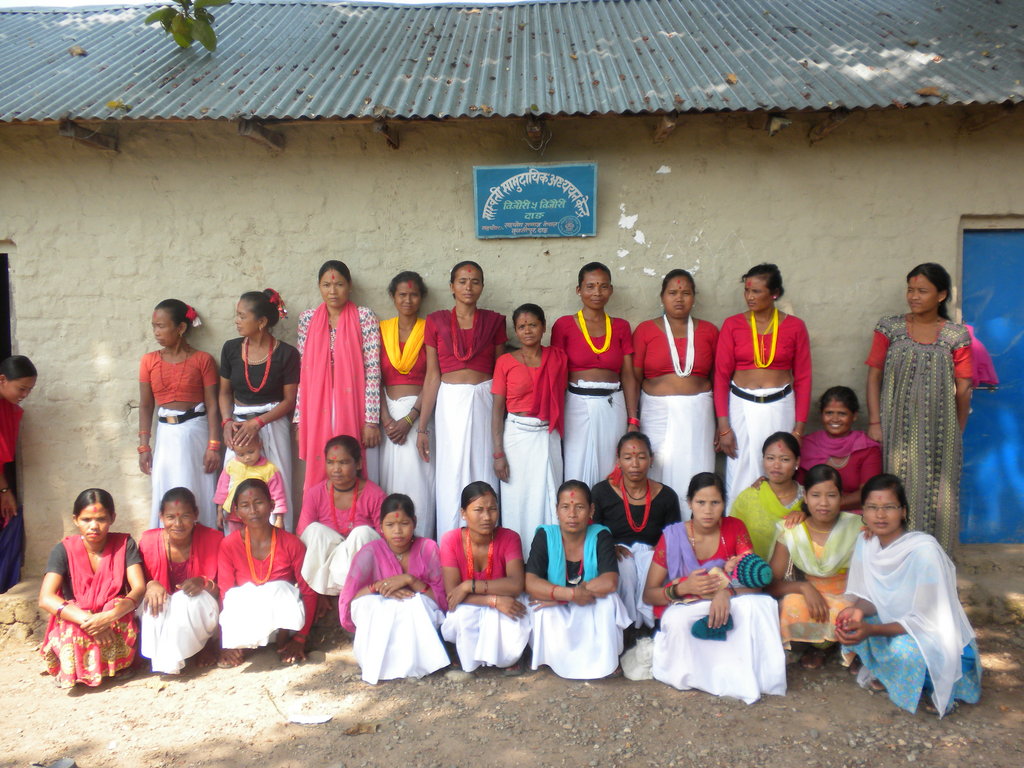 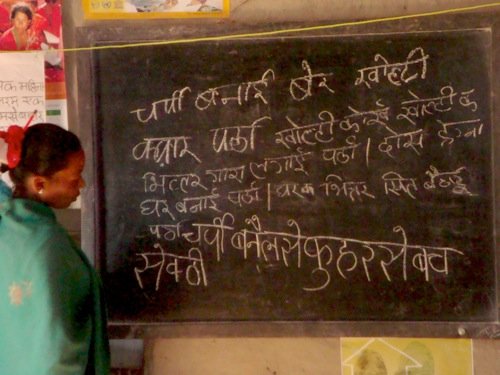 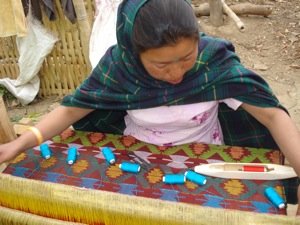 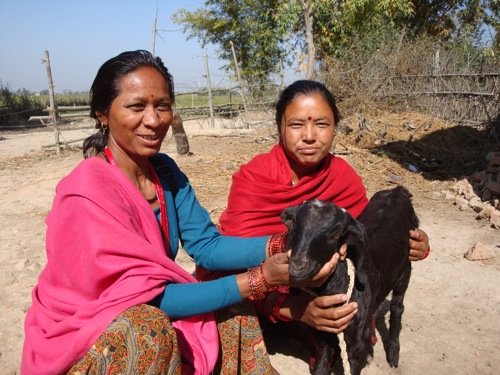 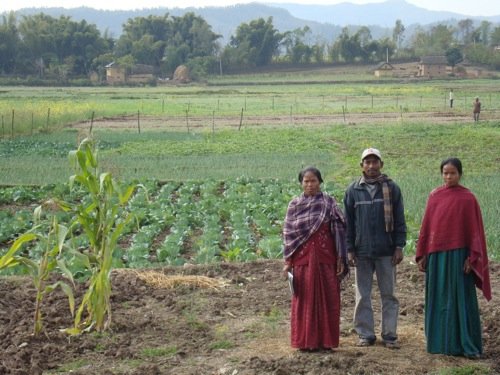 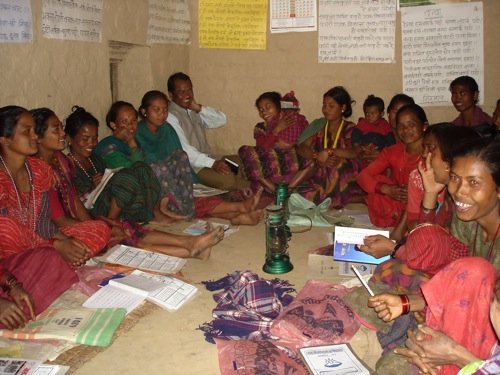 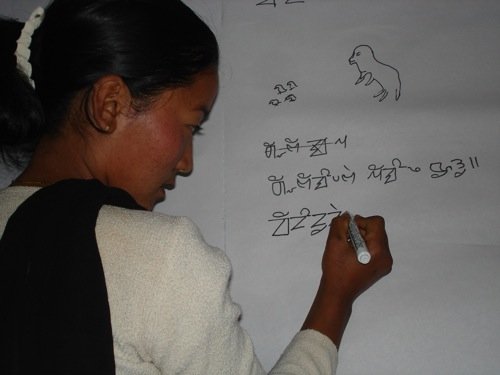 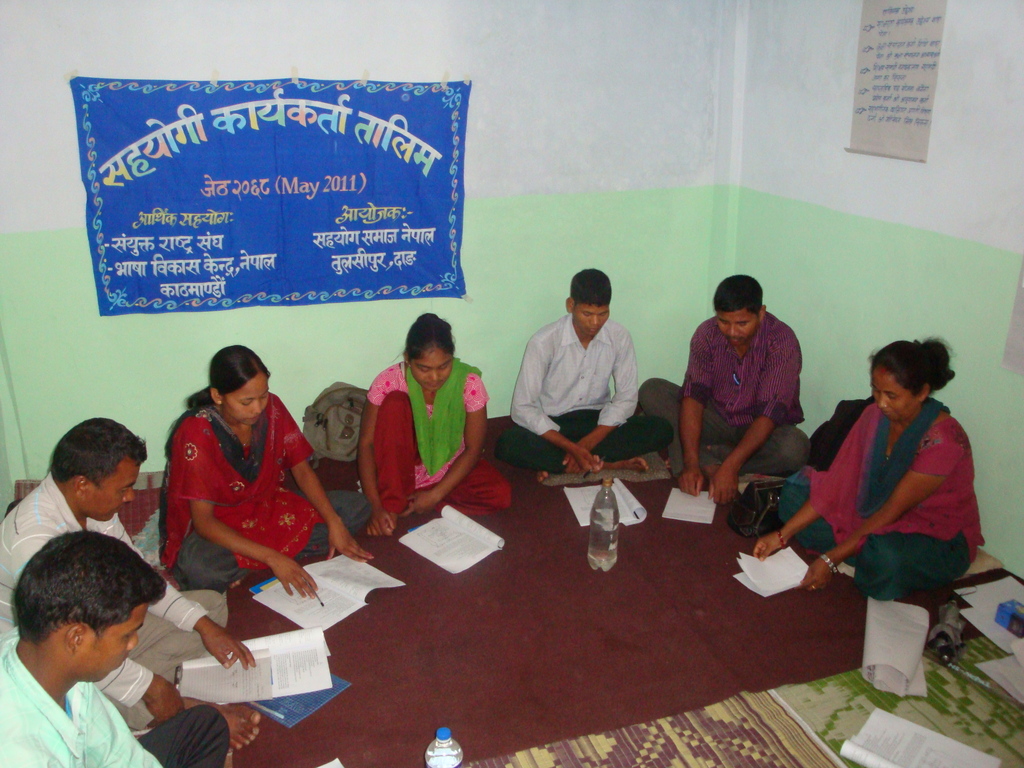 It is very hot right now in Dang District, in the mid-western plains of Nepal. Despite the increasing heat, we have successfully trained and oriented facilitators and supervisors for literacy classes in five different Village Development Committees. We talked with community members to find areas most in need of assistance, held a public meeting to introduce the project to the community, and identified potential literacy class facilitators. We held a week-long training workshop with the facilitators, who are now beginning to lead literacy classes in their villages in the local Tharu language.

These classes are part of the Ending Indentured Tharu Daughters Project. By providing literacy classes and livelihoods training, we are working to end the Kamaiya system of bonded labor - a modern form of slavery. The participants in our classes include women who were sold to landlords as children and never got the chance to attend school, and women whose daughters are at risk of being sold into bonded labor because of poor economic situation.

We look forward to sharing success stories from the current project with you. Since classes just started, today we will share the story of a past class participant. Chaphi is 24 years old, and she has firsthand experience of what it means to be a kamlahari, a bonded laborer. Chaphi's parents own no land, and struggled to feed their six children. They started sending Chaphi to school when she was ten years old, but she had to leave five years later when they sold her to a landlord in order to clear their debts. Chaphi was very sad to become a Kamlahari, but accepted her parents' decision. Her duties as a Kamlahari included cleaning the house, collecting firewood, helping the landlord's wife prepare food, washing clothes, and looking after livestock. She remembers, “When I became sick and tired, I did not get proper treatment and was forced to work. Sometimes they physically tortured me when I was unable to finished assigned work. I spent my childhood as a Kamlahari, which was a painful time in my life.”

Chaphi was freed from slavery in 2007. When LDC's partner organization in Dang District, Help Society Nepal, heard about her situation, they provided counseling to Chaphi, her family, and her landlord. When the landlord refused to release Chaphi despite being informed that having a kamlahari is illegal, HS worked with government officials to remove Chaphi from the landlord's house. HS continued to provide support and counseling to Chaphi and her family, including a bridging course to help her return to school, a scholarship to buy school supplies, and training for her parents to increase their income. Now Chaphi is at school in Class 12, and when she is not studying she works at HS Nepal as a peer motivator, helping her fellow ex-kamlaharis adjust to their new lives.

Please continue to check our website, http://www.ldcnepal.org/ for updates on our progress, and share the link with friends and family who might be interested. Thank you for your continued support of the work we do and the communities we work with.

We also want to let you know about GlobalGiving's upcoming Bonus Day on June 15th. On that day, GlobalGiving will match 30% of all donations and give extra prizes to projects with the most donations and most unique donors. If you or someone you know is considering donating to our project, it will go even farther if the donation is made on June 15th! 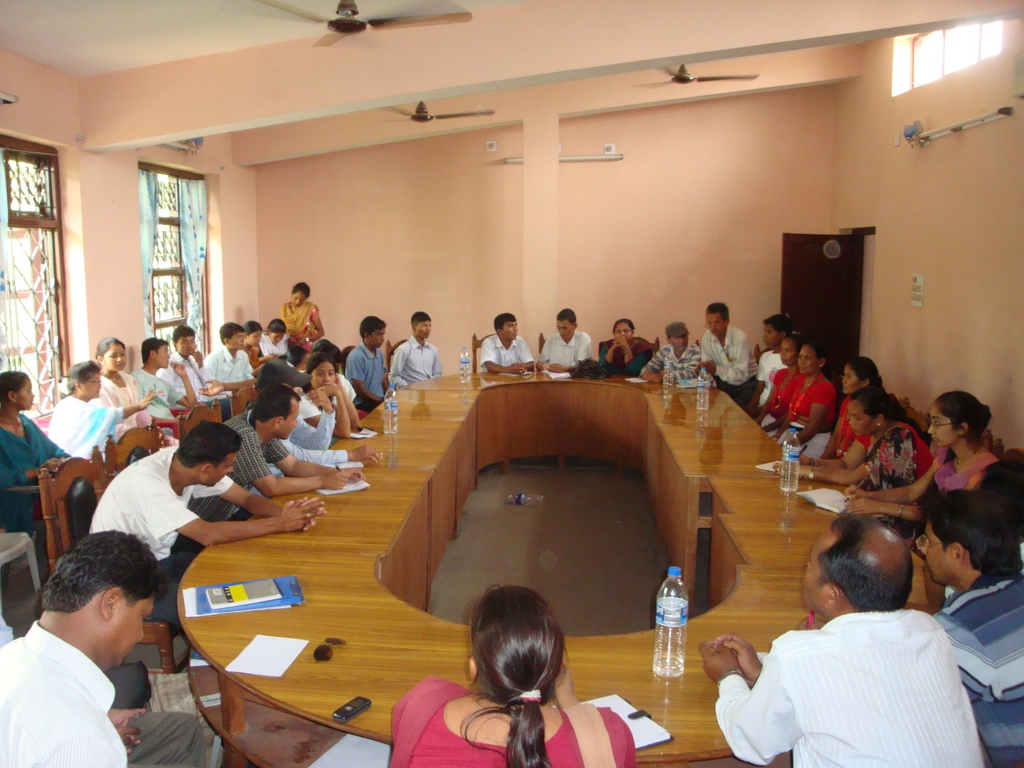 Community meeting about this project 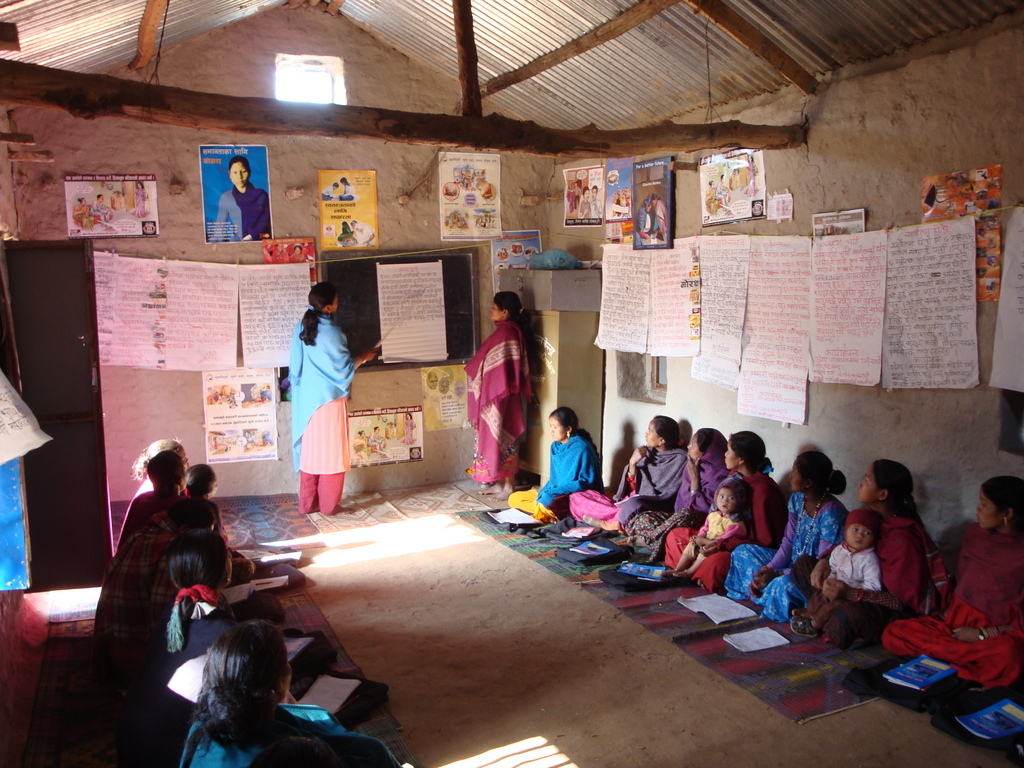 GlobalGiving
Guarantee
Donate https://www.globalgiving.org/dy/cart/view/gg.html?cmd=addItem&projid=7797&rf=microdata&frequency=ONCE&amount=25
Please Note
WARNING: Javascript is currently disabled or is not available in your browser. GlobalGiving makes extensive use of Javascript and will not function properly with Javascript disabled. Please enable Javascript and refresh this page.