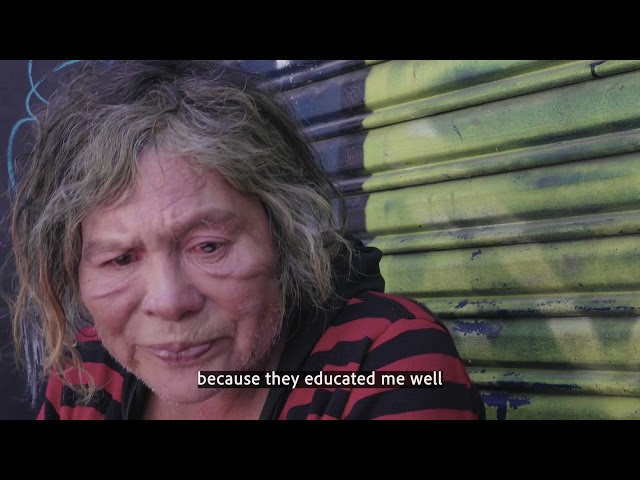 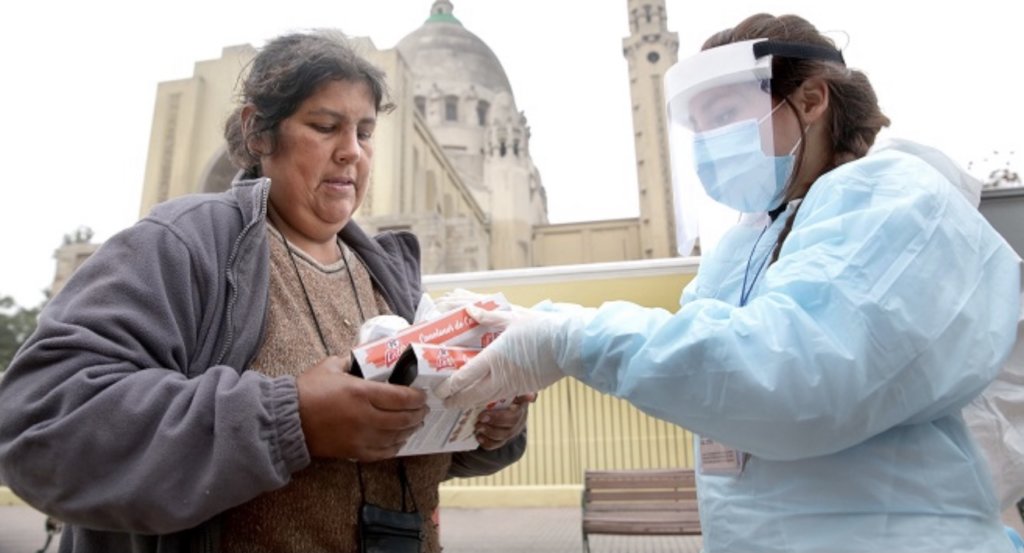 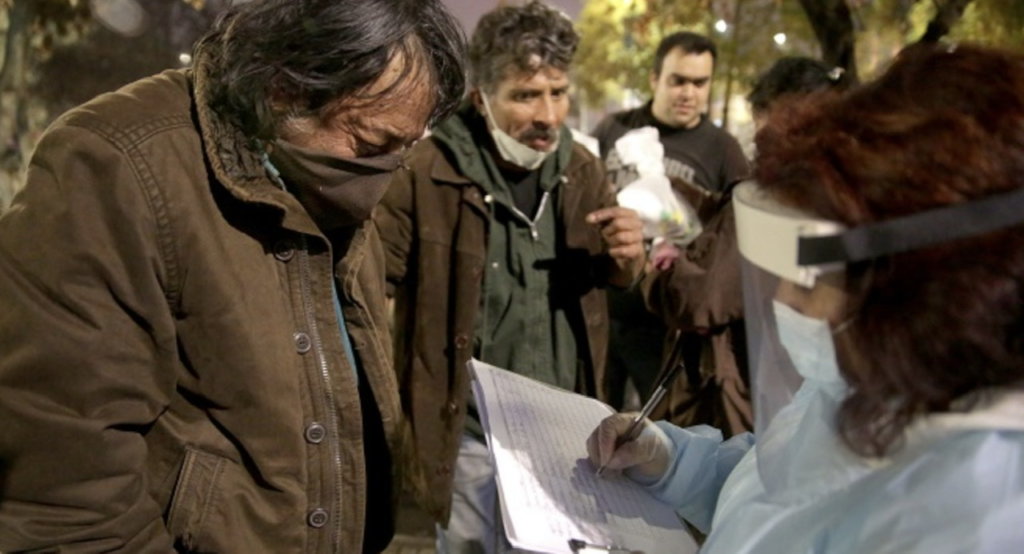 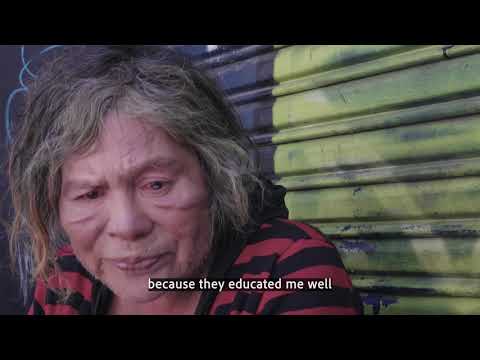 The reality of some of our beneficiaries

A few days ago, a guest of Hogar de Cristo's hospice in Punta Arenas was assaulted in the street. His wheelchair and his few belongings were stolen. The terrible thing about these events is that those who are eternally assaulted by society, normalize it and live accustomed to being beaten. In these lines we tell you about what happened in the capital of the Magallanes region and the discrimination against this group of people.

"It is not frequent, but it is not new either", says Álvaro Rondón, head of territorial operations in Magallanes, about the beating and robbery that affected Juan, a guest of the Hogar de Cristo hospice in Punta Arenas. According to the newspaper La Prensa Austral, he was allegedly beaten in the face and, as if that were not enough, his wheelchair, jacket and bag of food were taken.

Nursing technician Dante Levicán has been working at the Hogar de Cristo hospice in Punta Arenas for eight years. From his experience, he says that the team learns of assaults on the residents through third parties, other residents, or because the police arrive to inform them or drop them off. Often, those affected do not tell what happened because they normalize it. She says: "It often happens that they are beaten. It even happens between themselves and people who hang around the areas where they roam, which is usually on the outskirts of the city center or the area where the bars are. They approach people who also have consumption problems or take advantage of them because they are more vulnerable".

According to the Ministry of Social Development, in the Magallanes region, about 175 people live on the streets. Although the figure is low, considering the more than 16 thousand at national level, it is worrying considering the inhospitable climate of Punta Arenas and other cities in the region.

"They are not seen because they are scattered, but they are also invisible because people avoid them. They avoid passing by the place where there is a conflict with homeless people and do not go to intercede. I imagine it is to avoid being involved in a fight. It happens a lot. They don't even look at them. Besides, they normalize some situations," says Dante, who takes care of 30 homeless men at the hospice.

Álvaro Rondón reflects on this case and the historical aggressions against homeless people: "As a society we have not managed to integrate them. On the contrary, what we have done is to exclude citizens like us, generating types of violence and customs that do little to help their inclusion. We have multiple examples, not only in Magallanes. The issue is that these aggressions are installed as a habitual mode of conduct and the most minimal notion of human dignity is lost. There are complex cultural canons in them, diverse, that are mixed not only with violence, exclusion, but also with habits of disrespect".

Juan uses a wheelchair due to cognitive impairment and paresthesia that reduce his mobility. On the day of the beating, he was taken by his classmates to the hospice and Carabineros brought him back his chair.

"There are certain canons in the street of institutional violence, of gender, and we try to transmit to the hospice community that here inside is a space where we take care of ourselves, but that there is a street where they suffer assaults. The call we make is: approach a person in a street situation, look them in the eyes, ask them what their name is, tell them your name, and you will see that you will find a person like you, like me, like anyone else, who due to certain circumstances of life finds themselves in a difficult, complex situation of exclusion. By violating and discriminating, what you are doing is generating double marginalization. Start integrating, break that circle of permanent exclusion and give yourself the joy of meeting a person who has a lot to say and from whom you can learn", advises Álvaro Rondón.

-Is there more justice today for people on the street when they are assaulted?

-There are glimpses of advances in justice, of recognition of the rights of people even when they are in street situations, because they are subjects of rights. We know stories where the minimum rights are not recognized, but there are advances in that sense. In Juan's case, there was a certain level of reinstatement. They took his things, his injuries were confirmed, there was an associated procedure, the aggressor was arrested and brought to justice, which is what one would expect, but that does not always happen. This is an example that it did work and gives us hope that this is changing. However, the victim himself tended to minimize the event, which is terrible.

THE HOSTEL FOR PEOPLE LIVING ON THE STREET 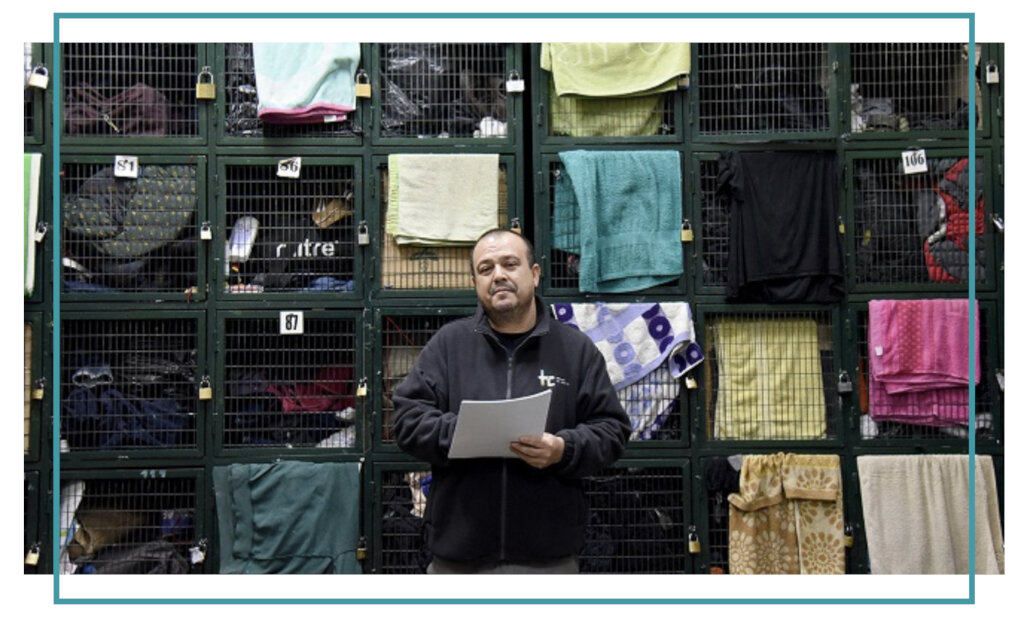 ALEX VALENZUELA: "THE HOSTEL FOR PEOPLE LIVING ON THE STREET IS THE LAST DOOR THAT A PERSON SHOULD KNOCK"

The head of the largest hostel for men living on the streets in the country, Alex Valenzuela, dispels myths regarding the people who come to spend the night in this place: “They are not here because they want to, but because they have no other place. This is the last door that a person should knock, first there are networks, family and friends, and when there is nothing left, we are the Hogar de Cristo”.

In his 22 years of experience working at the Hospedería Padre Álvaro Lavín del Hogar de Cristo, located in the traditional Yungay neighborhood in the center of the capital, Mario Alexis Valenzuela (49), has been privileged witness of changes in social policies and mainly in the view that people have on the street.

“I think that progress has been made, but it happens to us that there is this kind of game of government changes that makes progress in a good street project go backwards and all good ideas stagnate. There is a desire to want to improve in public institutions but many times it is only visualized in winter. The good thing is that our Foundation has a comprehensive look and has been concerned with having better teams, delivering the necessary training to all of us who work here. "

His own history is marked by an experience of overcoming - the same that he has seen in many of the users he has met - in which he has taken advantage of each and every one of the possibilities that Hogar de Cristo has given him: “It is something that I am personally grateful and for that I always motivate my colleagues to also receive training, because it is necessary ”.

Alex was 26 years old and only a quarter of a half when he arrived at the inn in 1996 for a two-day replacement. “As soon as a vacancy was created, in 1998, I applied and was hired as an assistant, a job I did for a decade. Hogar de Cristo offered me a scholarship to study drug addiction administration technician at the Central University and I happily accepted because I wanted to learn more and improve myself. I graduated and then became the coordinator of the hostel and together with my boss, Vilma Gálvez, I learned everything I know about street work, I fell in love with my job ”.

It has been exactly four years since Alex replaced her as her head when she assumed a new position at the foundation. Since then, he has not seen his life anywhere else: "It is a challenging, motivating problem, every day you learn new things and my colleagues, like me, are very committed to the people we serve every day" , He says.

WANTING AND COMMITTING TO THE OTHER

Remember that in 2011, the Ministry of Social Development began with the Noche Digna program and the Winter Plan to prevent people living on the streets from dying of cold during the winter, which is why shelters were set up, some very massive like the one in Víctor Jara Stadium, with capacity for 350 people a day. Alex says that everyone entered "in a natural state"; that is to say, with a lot of consumption and he was in charge of 20 monitors.

“It was a very exhausting job. I remember that in my first shelter I was working 86 days out of a total of 90 that was enabled. From four in the afternoon until three in the morning. This experience helped me to understand how important our mission is, that of Hogar de Cristo, of loving and committing ourselves to the other. For me it was an excellent school, because I understood the dynamics of the street situation in a deeper way. There are those who have the wrong perception that they like to live on the streets, that they do not want to work and that they want everything for free. Hostels and boarding houses have taught me that much more work is required for the person to suspend, rather than overcome the street situation ”.

-Are there any success stories?

-Unfortunately in this area we do not have all the feedback that we would like with the people who have been in the hostel, but I have seen many with whom I have come across throughout life who today are super well and suddenly they come to see us. Cases of people who have recovered their families and their work 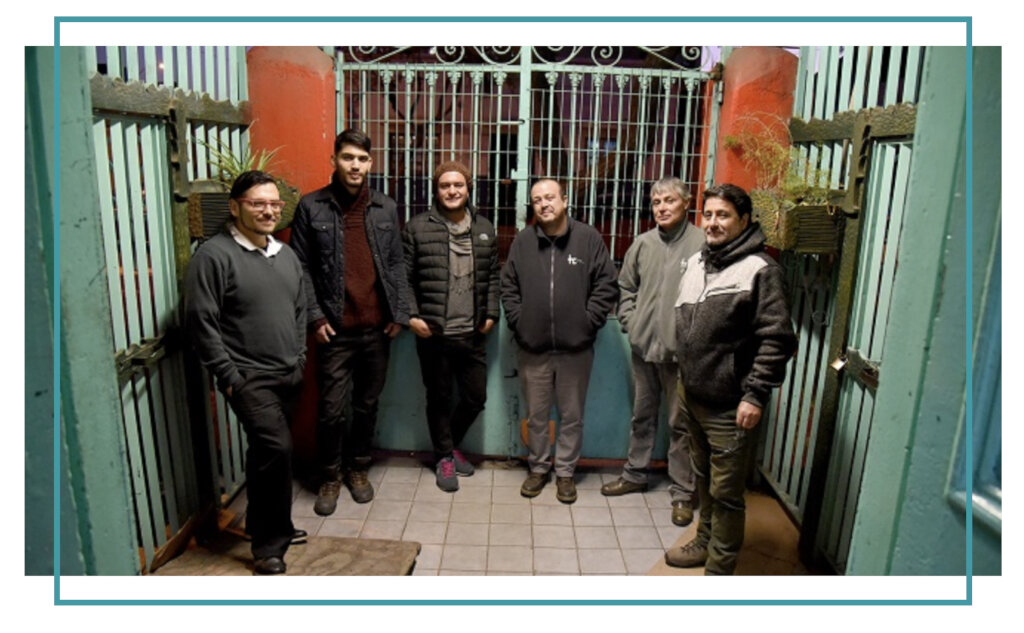