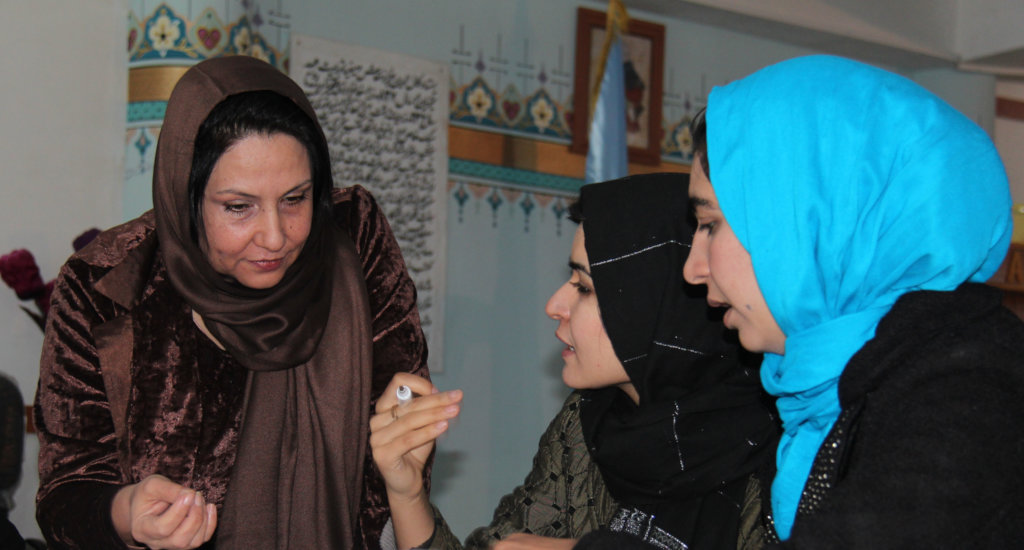 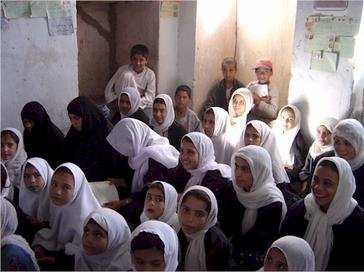 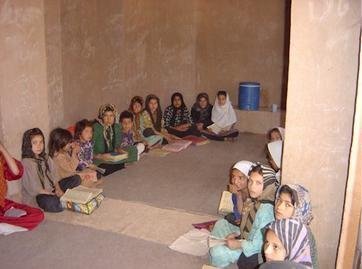 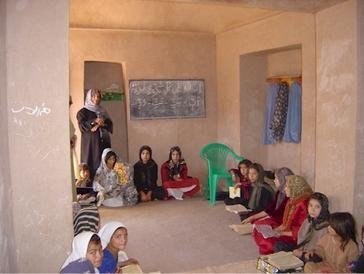 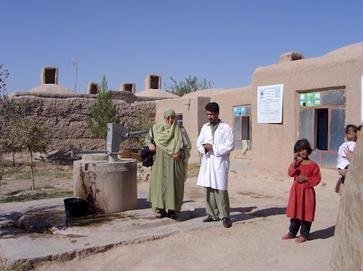 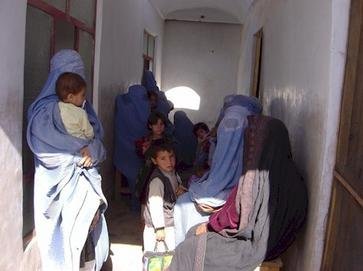 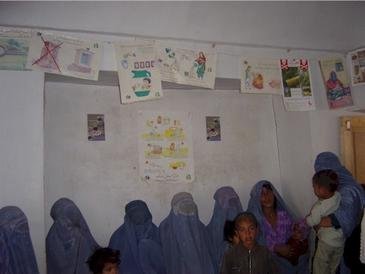 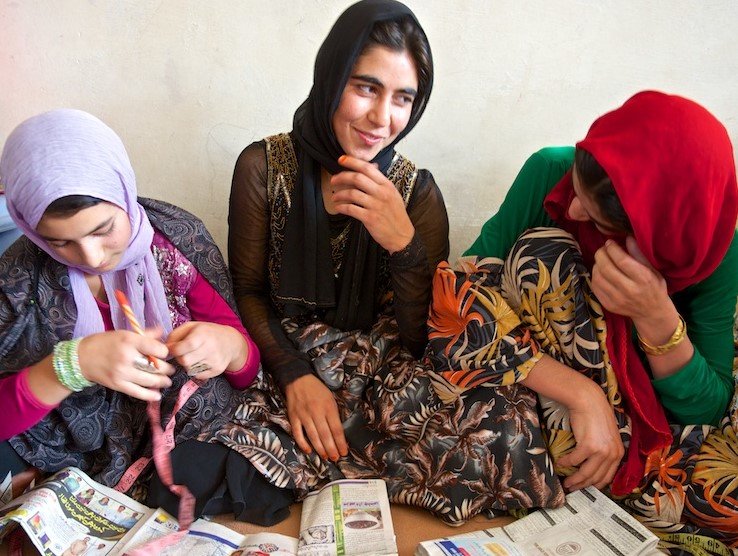 Since the establishment of the Afghan Institute of Learning (AIL) the goal has been to help women improve their situation in life. Following is a story from one of AIL’s Women’s Learning Centers (WLC) that exemplifies the changes that AIL can make in Afghan women’s lives.

When AIL student Rizagul was a young girl, her father was put in prison by the Taliban regime where he was tortured and eventually died leaving behind Rizagul as well as her young brother and her unwell, elderly mother.

Four years ago, Rizagul came to one of AIL’s rural WLC’s in Herat province and began taking various classes, including literacy and sewing. After two years at the center, she was able to gain admission to a regular school at grade level 4, a feat which might have taken 4 years in a regular school, if it happened at all. Even after gaining admission to the regular school, Rizagul continued to take extra courses after school at the center. Unfortunately, the center was closed due to the poor security situation in the region and Rizagul could no longer take the extra courses she had come to enjoy.

A short time ago, an AIL teacher saw Rizagul at a wedding ceremony in their village. Rizagul could not control her emotions and tears rolled down her cheeks as she told her teacher, “You and AIL were the best thing for me, and I will never, never forget your encouragement and all of the hard work that you did for me.” She added, “I can now read in Arabic, I know how to sew and I am a student in grade 6. What I am is because of the AIL center.”

She also said that she is sewing dresses to make money for her family and that she has so much business that she has to turn some people away. She is making a good living, and is able to improve her family’s economic situation with her sewing skills.

Rizagul also told the teacher, “With the advice that the center supervisor wrote in my ‘memory notebook’ (try to learn, work hard for a better future and pray for your future) I am sure that I will go toward a better future.”

The Afghan Institute of Learning (AIL) in Herat now has 14 Women’s Learning Centers for 3,149 students. Ten of the centers are located in rural areas and the four centers in Herat City serve displaced and poor women and children. 75% of the students are female. All classes are Fast Track classes (see prior reports). Subjects that can be studied include literacy, math, computer, English, tailoring, carpet weaving, embroidery, knitting, art, calligraphy, Arabic and beautician training. All classes include lessons in peace education, health, human rights and leadership. All of the teachers have continuous training and students report that they learn faster in AIL classes because of the quality of the teachers than they do in schools or other places.

Many of the students attending the AIL centers lead difficult lives and studying at the centers has helped them to improve their situation. Here are the stories of a few of theses students.

Zahra is a teacher at the Jabraeel center. She began learning English in this center in 2004. Zahra lost her father when she was very small. She spent hard time with her mothers, brother and sisters while they returned from Iran to Afganistan. She had wanted to learn the English language, and once she began classes, she progressed very quickly, reaching the highest level of instruction in one year. AIL hired her as English language teacher at the same center where she had been a student. She also has volunteered as a literacy teacher at the center. The salary she has gotten from the center spent on her education. She also has participated in sewing classes at the center as well as an AIL leadership seminar. Zahra says, “All of my success belongs to AIL. The salary I get from AIL I spend to support my family. I teach four different English language classes.” Zahra did not stop to learn she got admission in computer class in the center. During Jun 2007 A.I.L introduced six students for the Exchange Student Program. Among the, Zahra was the only one who could pass the first session of the tests. She reached the second session and after the passing the second test she will go to the USA through the mentioned program.

Snapshot of the Herat WLC Project-August 2007 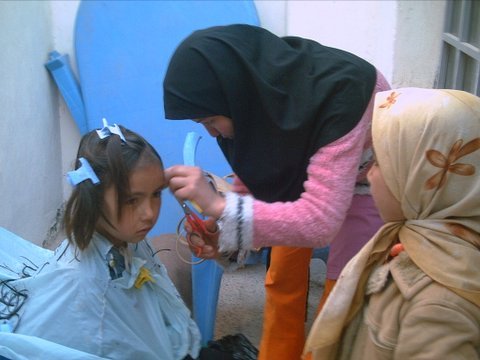 The Afghan Institute of Learning (AIL) in Herat now has 9 Women’s Learning Centers for 3873 students. Seven of the centers are located in rural areas and the two centers in Herat City serve displaced and poor women and children. 80% of the students are female. All classes are Fast Track classes (see prior reports). Subjects that can be studied include literacy, math, computer, English, tailoring, carpet weaving, embroidery, knitting, art, calligraphy, Arabic and beautician training. All classes include lessons in peace education, health , human rights and leadership. All of the teachers have received training in the last year and students report that they learn faster in AIL classes because of the quality of the teachers than they do in schools or other places.

Many of the students attending the AIL centers lead difficult lives and studying at the centers has helped them to improve their situation. The story of one of those students, Mariam, who was a student at one of AIL’s rural centers follows:

My name is Suriya and I am one of the unlucky people that have faced many problems in my life. I had born in Iran when my parents left their country because there was war in Afghanistan. Now I am 19 years old. My father worked there in Iran and our economic situation was okay so due to this situation I wanted to go to school. Every day I heard the school bell and it encouraged me more and more. I asked my mother to ask my father to do some thing so that I could go to school. During the night while my father came from the work my mother asked him about my wish. My father has seen to my face deeply and told me in a very sad way, "What you don't know is that if Afghan children want to go to school, they have to pay and I have no money to pay for your school.” This answer of my father made me very disappointed. Since that moment I tried to forget going to school. All the day I was spending my time watching TV. I was homesick and I counted the days when I could go back to my own country. After the Taliban regime, we returned to our country. But again I was upset because I was not in the age to go to school and I had no document to get admission to regular school. We did not have any saved money to run the family and day by day our economic situation was getting worse. Due to the bad economic situation, the good atmosphere of our family was changed to violence. This situation caused my father to leave us alone and he went to another province. So I decided to be literate to be able to find a job to support my family. One year after this event, my father sent us a letter that he got another wife and he would not return to Herat and you have to be self sufficient. I have tried to go to a private literacy course. Wherever I went, they asked me for fee and money but I had not anything to pay for it. Again I was disappointed from the life. One day one of my friends told me about the AIL center. I went there and got admission to the literacy class and I reached my goal. I continued up to grade six there in a very difficult situation. My mother went to the city and washed the people’s clothes to get money for us. I also found a job in an organization as a literacy teacher. What I learned from AIL teachers, I practice them and my students love my way of teaching. Now I am able to support my family from my salary. I can say that AIL rescued my life and made my future bright. I am very happy from my life now I appreciate AIL because this happiness is given by AIL to me. 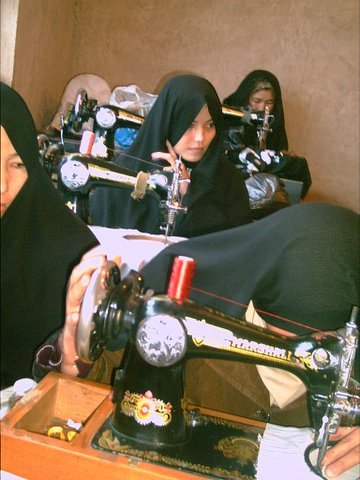 GlobalGiving
Guarantee
Donate https://www.globalgiving.org/dy/cart/view/gg.html?cmd=addItem&projid=354&rf=microdata&frequency=ONCE&amount=25
Please Note
WARNING: Javascript is currently disabled or is not available in your browser. GlobalGiving makes extensive use of Javascript and will not function properly with Javascript disabled. Please enable Javascript and refresh this page.