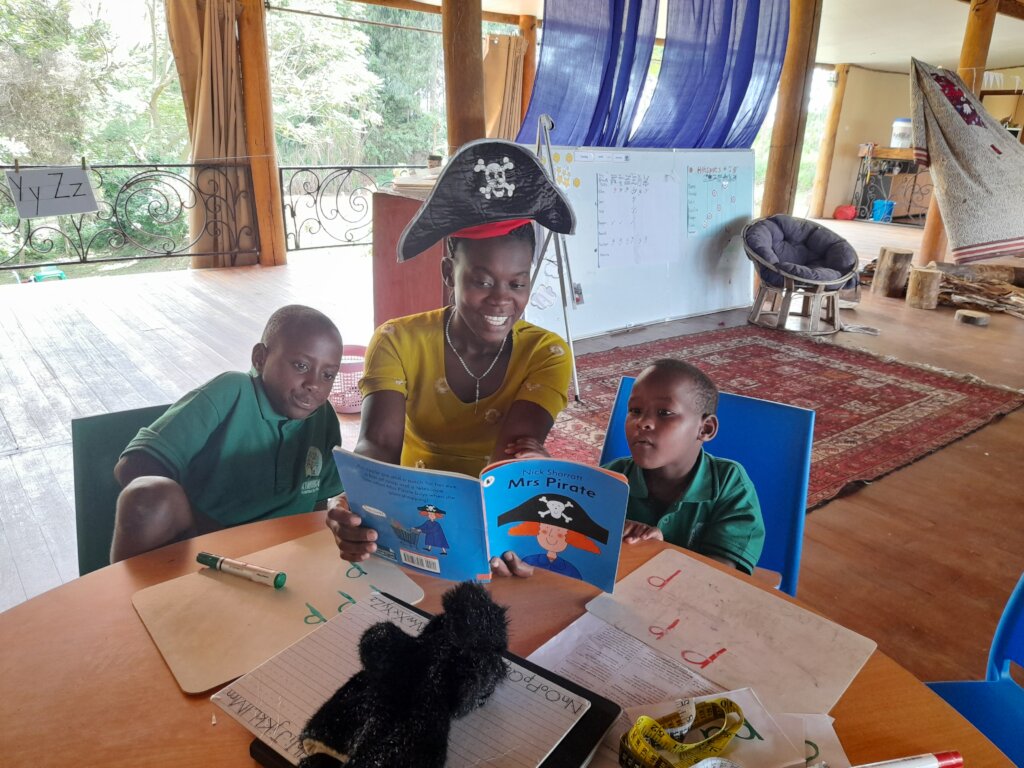 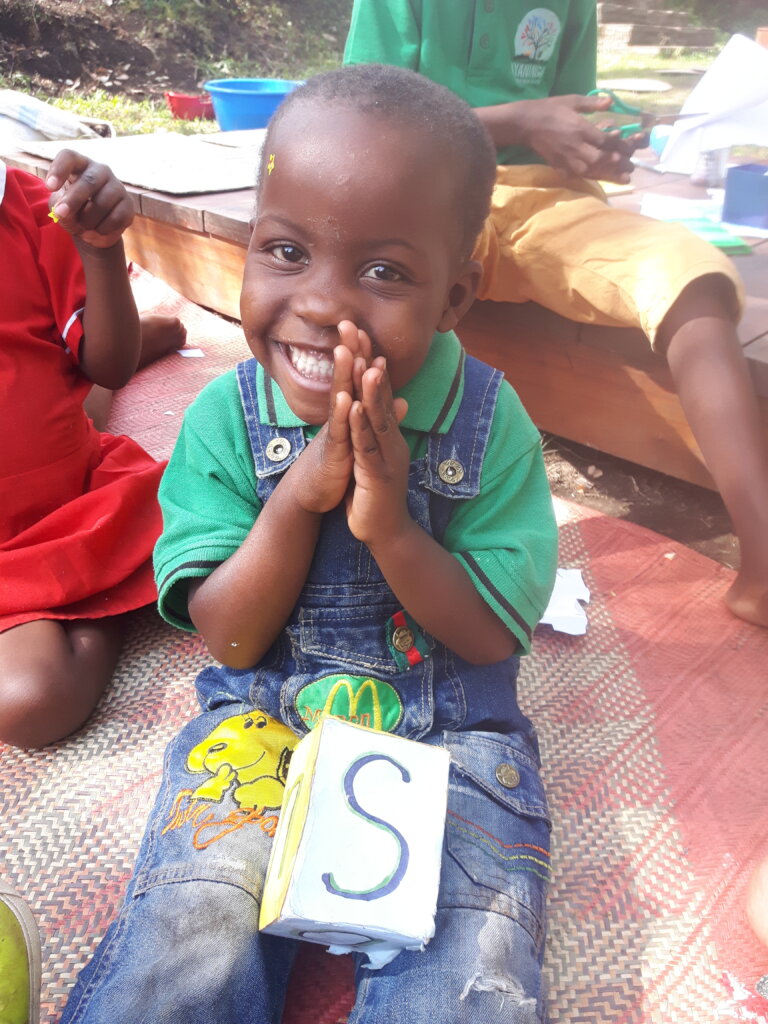 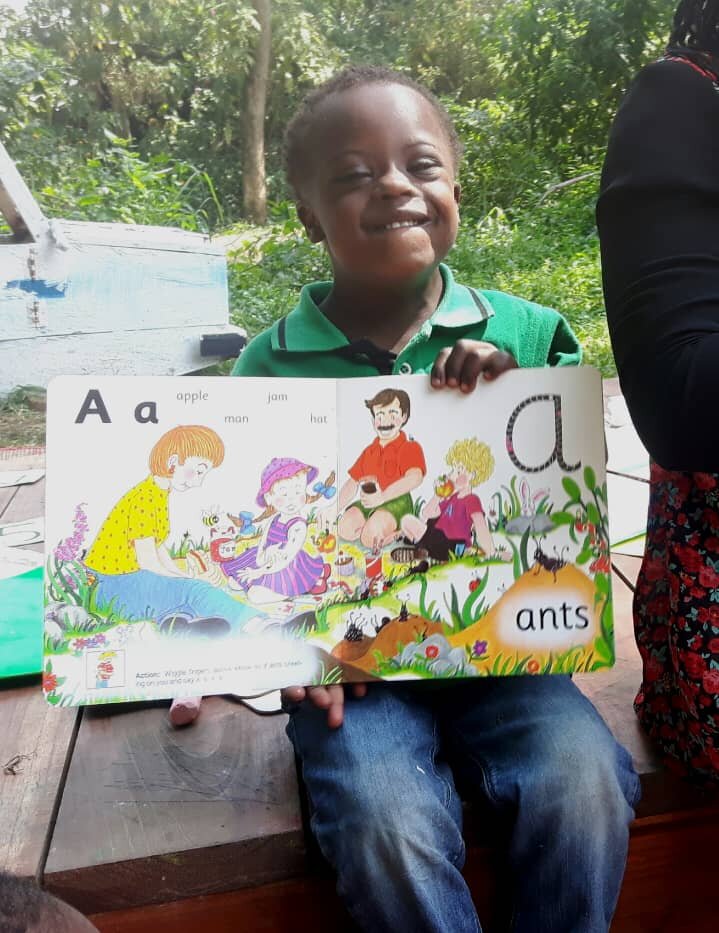 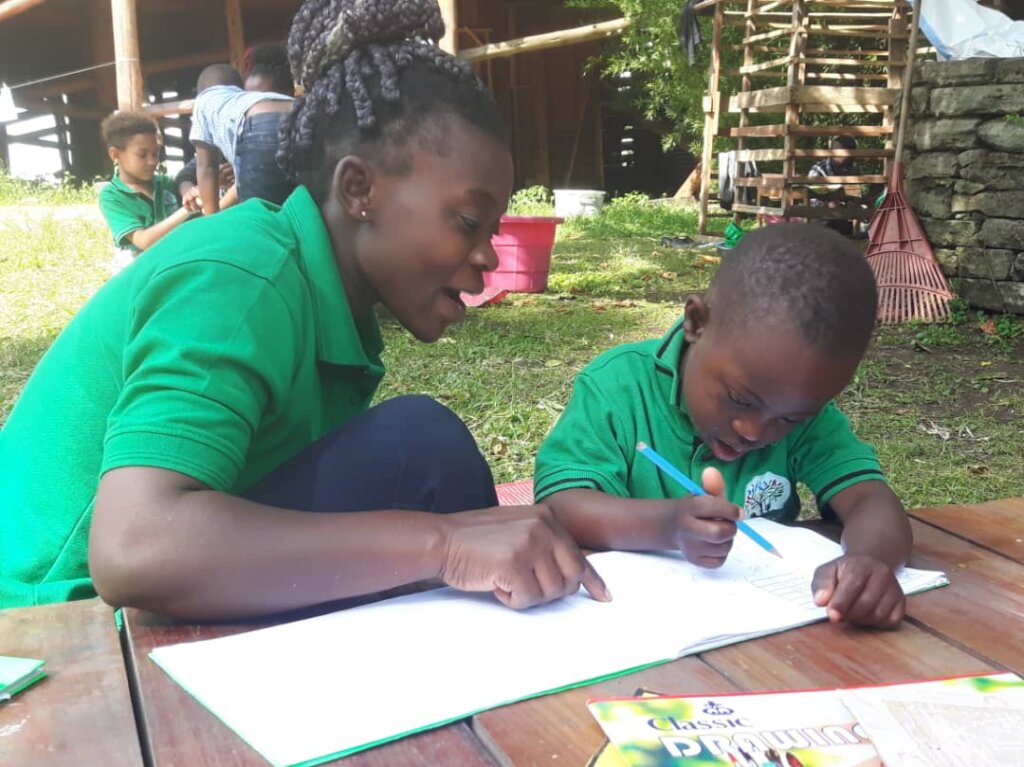 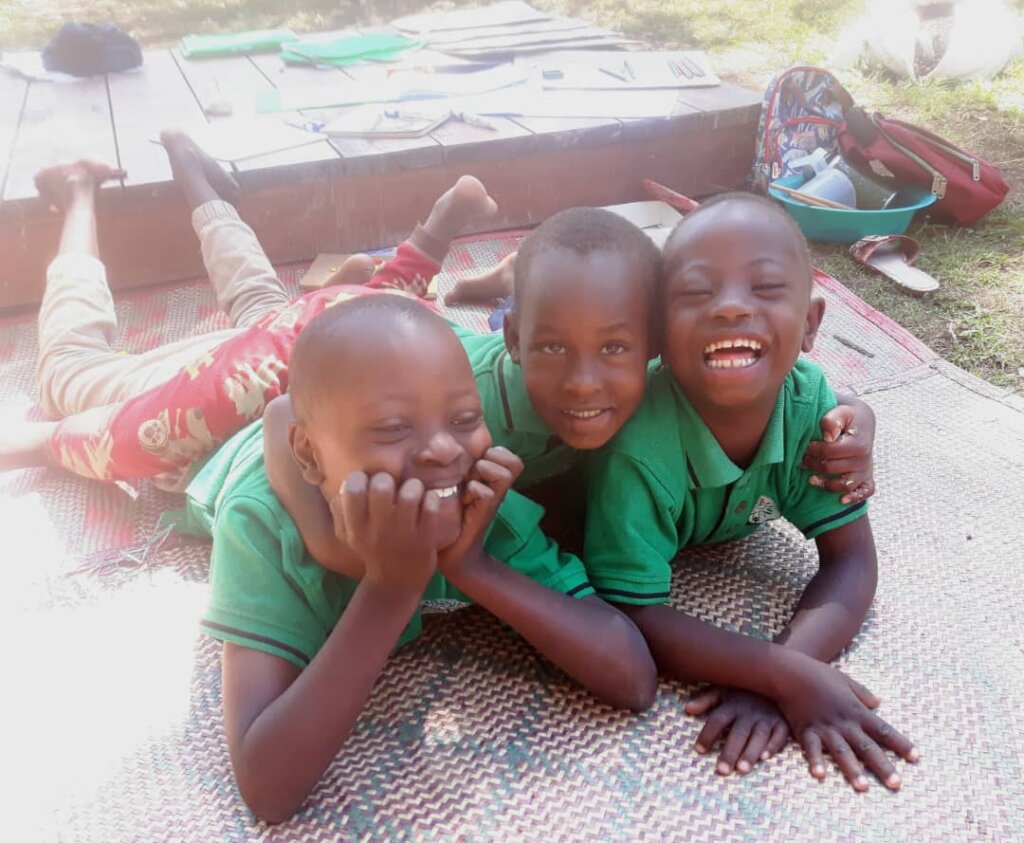 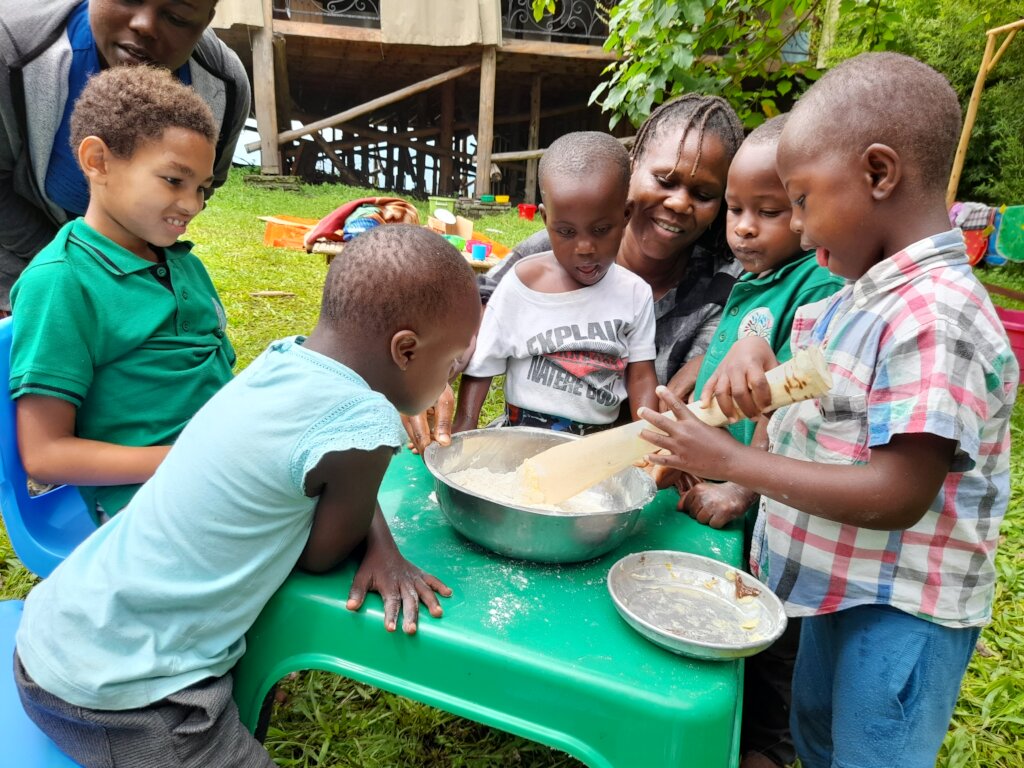 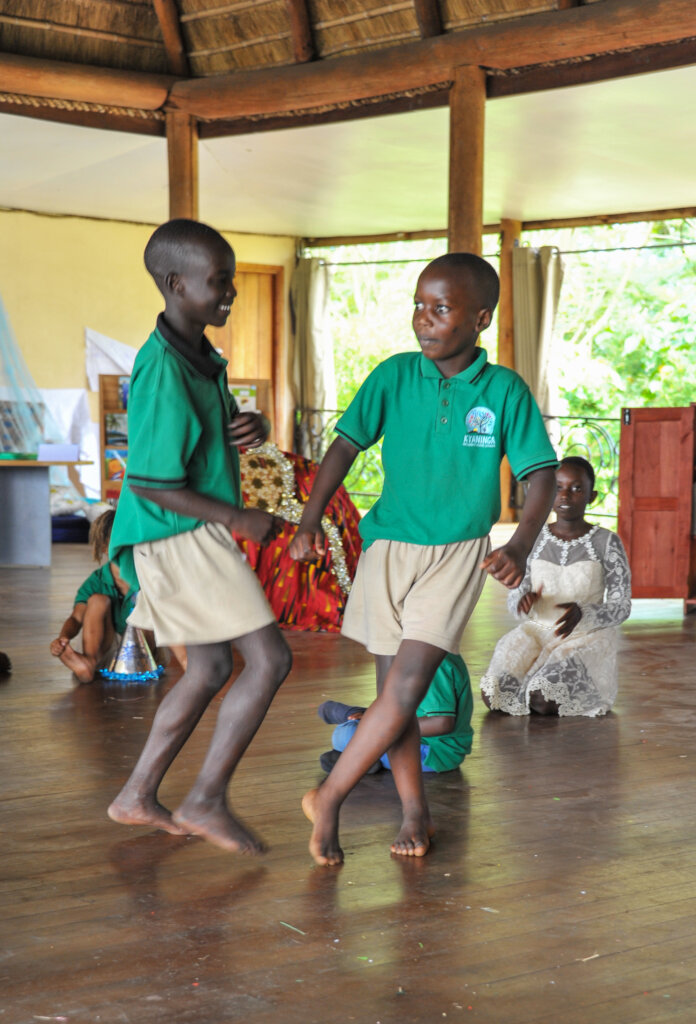 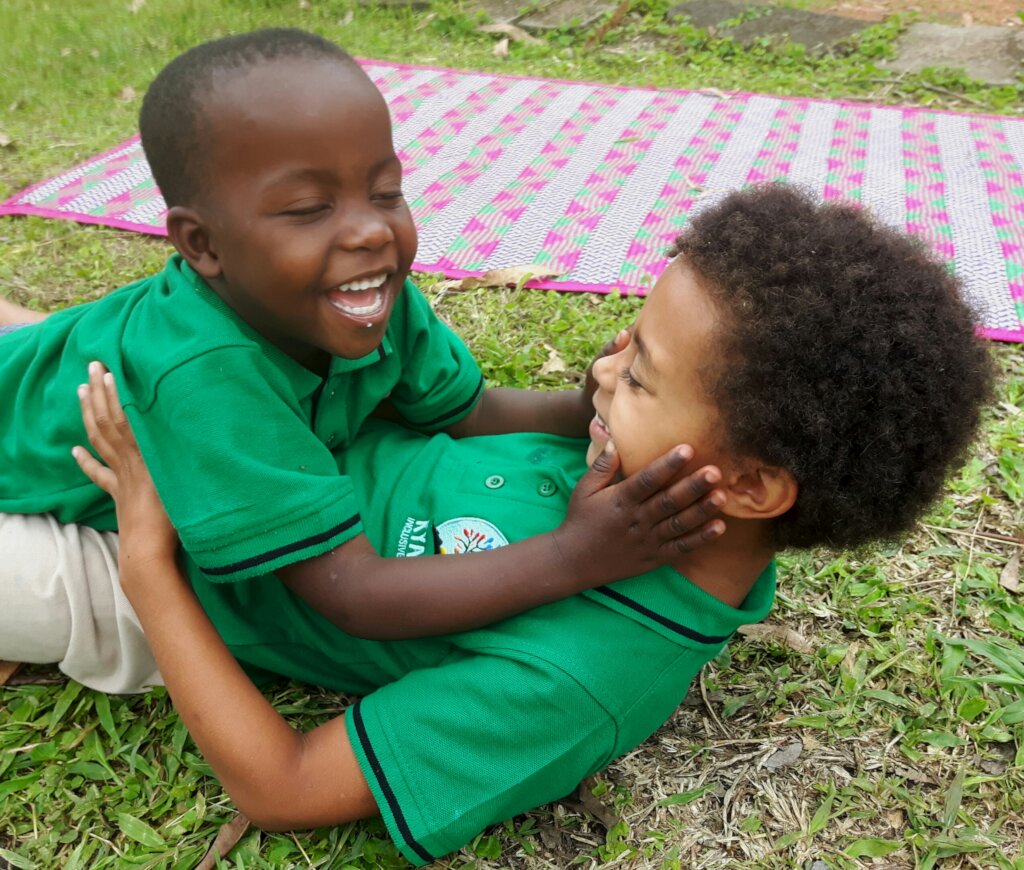 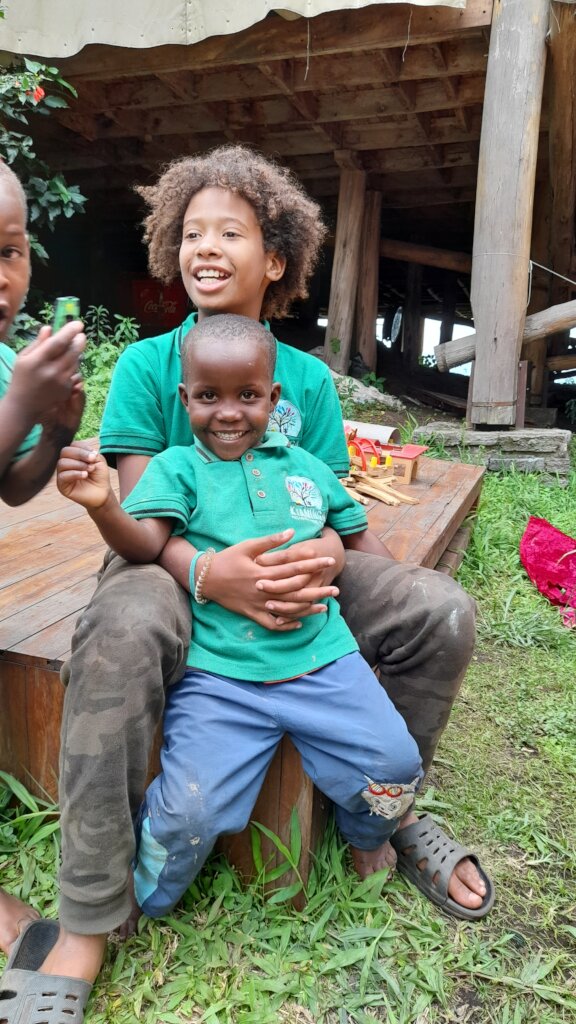 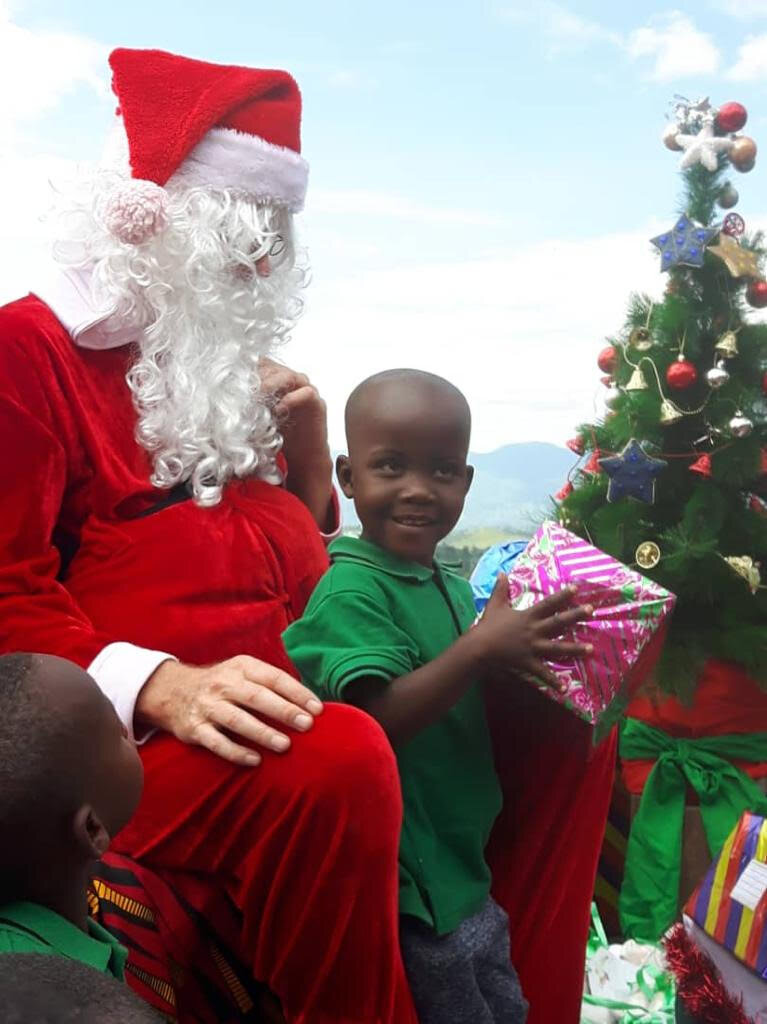 By Christine Gibbon and Jane O'leary - KIMS Headteachers and Directors

KIMS has just celebrated the end of its second academic year of providing inclusive education for children who would otherwise be excluded from school because of their disabilities. The term ended with a Learning Showcase, when the children assumed the role of teacher to their parents. Together parents and students participated in a selection of interactive lessons from storytelling, drama, presentations, games, art and music as well as scientific investigations and historical enquiry using the information technology available. The parents were blown away as they began to appreciate how and what their children had learned this term. These lessons were so far removed from their own experience of learning through fear, by rote learning and traditional chalk and talk methods, the parents were not embarrassed to admit they had learned so much from their own children. “I can’t believe Ruth can read! She is the first in the family to read English. I can’t give the teachers enough praise,” said the grandmother of Ruth, a little girl with severe speech and language delay. There were also a few tears of pride shed as Jolly’s grandfather expressed his delight and surprise at Jolly being able to write some of her letters. Through his tears, he told us that he had never believed Jolly, who has Cerebral Palsy, to be capable of learning anything.

When the school closed in late June for the summer break, our team of 10 Ugandan teachers refused to take their leave and chose instead to run a summer school programme to prevent the children from regressing over the summer months, having made such significant progress during the term.  Adopting two fun broad themes - ‘Teddy bears’ for the younger ones and ‘Pirates’ for the older ones - the school has continued in a more relaxed atmosphere into mid-July, for 4 days a week.

For children such as Jolly and Ruth summer school was a lifeline. Thanks to the endless commitment and dedication of the KIMS team, who volunteered to run the programme, many children like Jolly and Ruth would been left alone un-stimulated over the summer break as their parents and grandparents go into the field for long hours to work simply to put food on the table. They would also have been deprived of the daily nutrition that school provides and the level of therapeutic and learning support CWDs need on a regular basis.  Our most vulnerable children have never been more at risk than in these challenging times when cost of living has trebled on Uganda.

It is only with the help of our big-hearted and compassionate donors that KIMS is able to continue to provide this crucial and valuable support which impacts so many young lives. 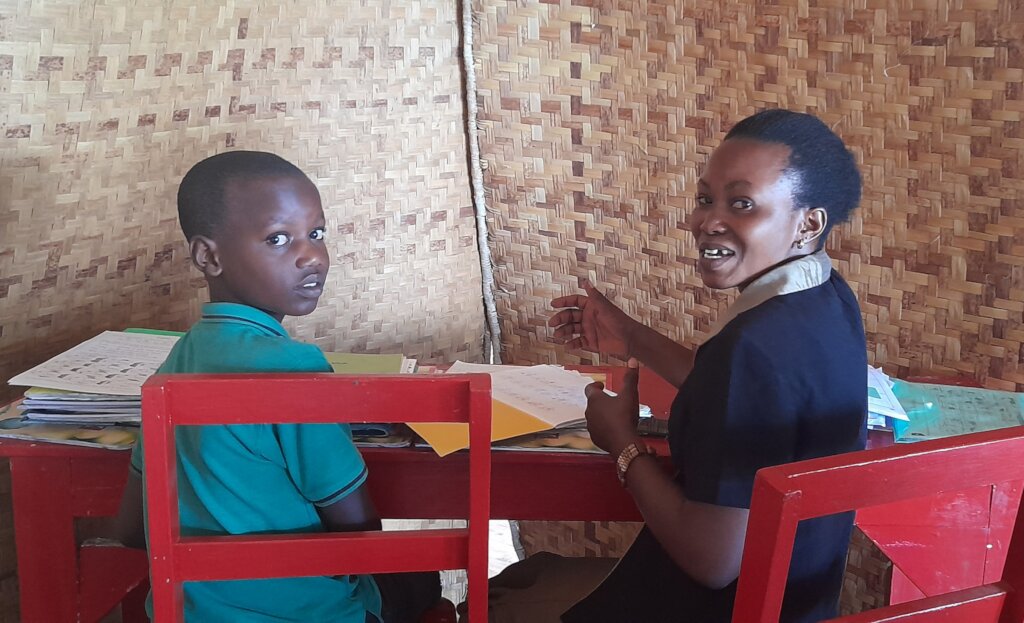 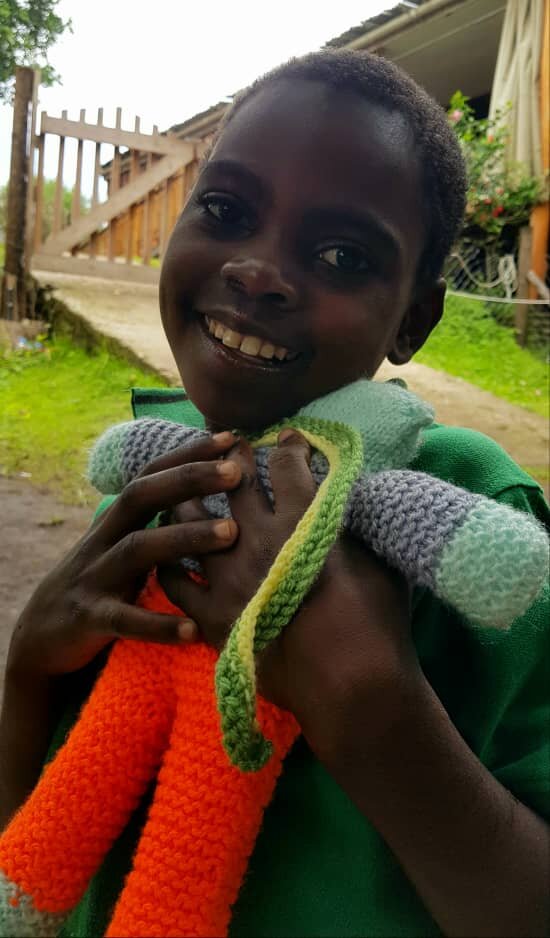 Miracle's smile says it all! 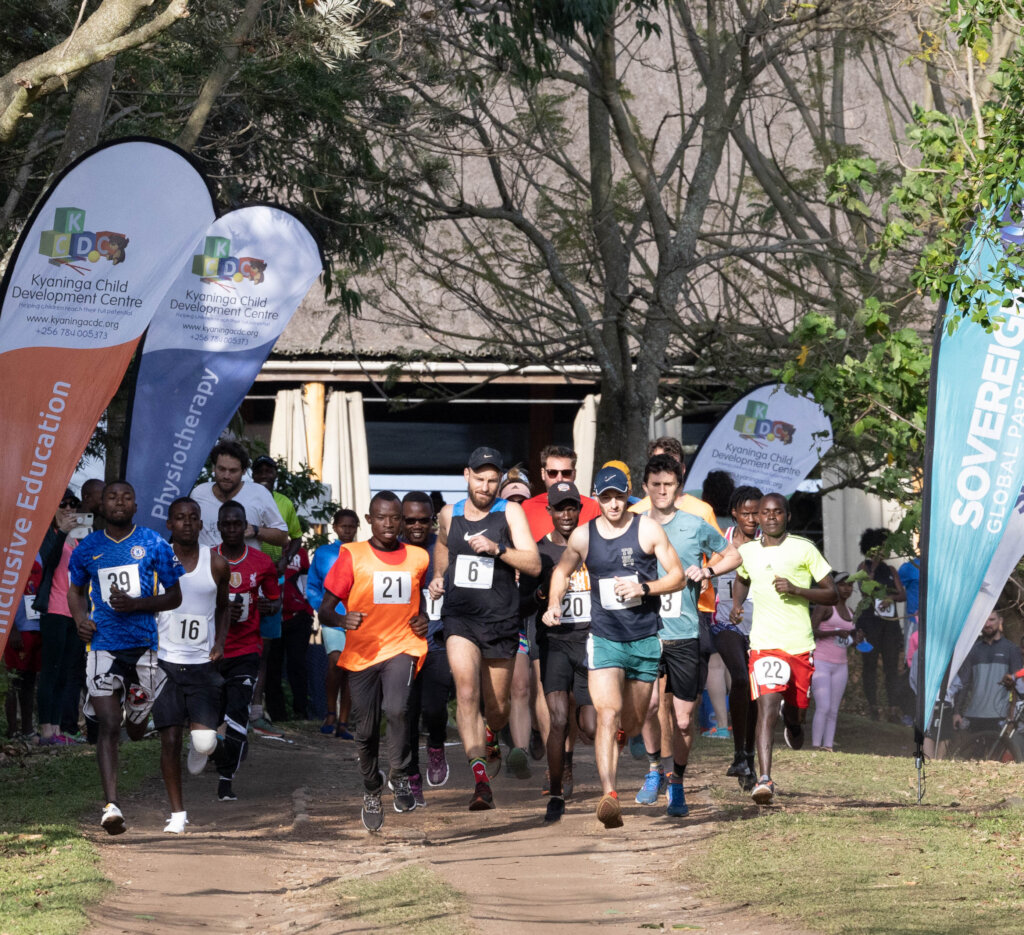 2022 has continued at the fantastic same pace of development for Kyaninga Education Hub and Kyaninga Inclusive Model School (KIMS). So it was fitting we complete this term with the Kyaninga Run the Rift marathon to raise money for the school. Competitors in the five races, ranging from  the 5km fun run, to the full 42km marathon, ran through stunning scenery, along  the Rift Valley escarpment, looking up to thesnow capped Rwenzori mountains and around the turquoise crater pale that is the seeting for KIMS school. We couldn’t have been more proud of the young students from KIMS, many of whom were medal winners. Including 8 year Reagan who set a course record for under 15 year olds. Many of us adult and men and women, dressed in our latest lycra wear and go faster running shoes couldn’t help but smile and feel a little humbled  as little Anna Marie, bare foot, dressed in her polka dot skirt pushed past us on the narrow trails! As the participants witnessed during a video  presentation about the school during the  prizegiving lunch our KIMS students, who have developed such great empathy and understanding for what it is like to grow up with a disability, provided further inspiration for how our world can be truly  more inclusive.

This month we welcomed another new child into our KIMS community. Little Genna aged 7, who has cerebral palsy, leaving her with limited mobility on her right side and severe cognitive and speech impairment, has settled beautifully into the nurturing environment at KIMS. Genna had been rejected from every school her parents visited, but having taken part in KCDC’s school readiness programme, Genna was able to venture to school for the very first time. The relief and excitement experienced by Genna’s parents when they realized that there was a future full of hope for their daughter was humbling to see.  It has been a joy to watch her rapid development. In just three weeks, she has learned some of our KIMS routines, sings our National Anthem with gusto at the beginning of the day, has begun to feed herself, and most importantly for the first time in her life has made a friend in Caitlyn, one of our Down Syndrome students.  The photo shows the two of them enjoying our Easter Egg Hunt!

Kyaninga Education Hub is continuing to ensure the hope of inclusive education reaches further than just one school by training local Ugandan teachers in inclusive education practices. On Wednesday 6th April, the Hon Secretary for Education and Health attended the awards ceremony for 25 Head Teachers and Teachers who had completed our ‘Excellence and Inclusion’ 3 month professional Development programme. The Minister acknowledged the urgent need for ongoing professional training to improve classroom practice, given the disturbing evidence that  91% of children with disabilities are currently excluded from schools. The schools represented at the awards ceremony have achieved a standard of inclusive education that would not have been thought possible given the limited resources and challenges the Ugandan Education system faces.

The KIMS team are ready for the off!

Make a monthly donation & get matched today at 100% while funds remain. Terms and conditions apply.
Give the gift of stability in a time of instability. Set up an automatic, monthly gift now and get matched at 100%—because the COVID-19 pandemic has hurt us all, and it will take all of us to overcome it. Terms and conditions apply.
Monthly giving is as easy, safe, and as inexpensive as a Netflix subscription. Start a monthly donation to Kyaninga Child Development Centre today and get matched at 100%. Terms and conditions apply.
$10
USD
monthly
each month will provide a child's stationary and specialised equipment
›
$30
USD
monthly
each month will provide a child with a daily nutritious meal
›
$55
USD
monthly
every month will sponsor a disabled child's education
›
$350
USD
monthly
would sponsor a teacher in the special support centre enabling KIMS to welcome more children with disabilities
›

Donating through GlobalGiving is safe, secure, and easy with many payment options to choose from. View other ways to donate
Kyaninga Child Development Centre has earned this recognition on GlobalGiving:

GlobalGiving
Guarantee
Donate https://www.globalgiving.org/dy/cart/view/gg.html?cmd=addItem&projid=54995&rf=microdata&frequency=ONCE&amount=25
Please Note
WARNING: Javascript is currently disabled or is not available in your browser. GlobalGiving makes extensive use of Javascript and will not function properly with Javascript disabled. Please enable Javascript and refresh this page.