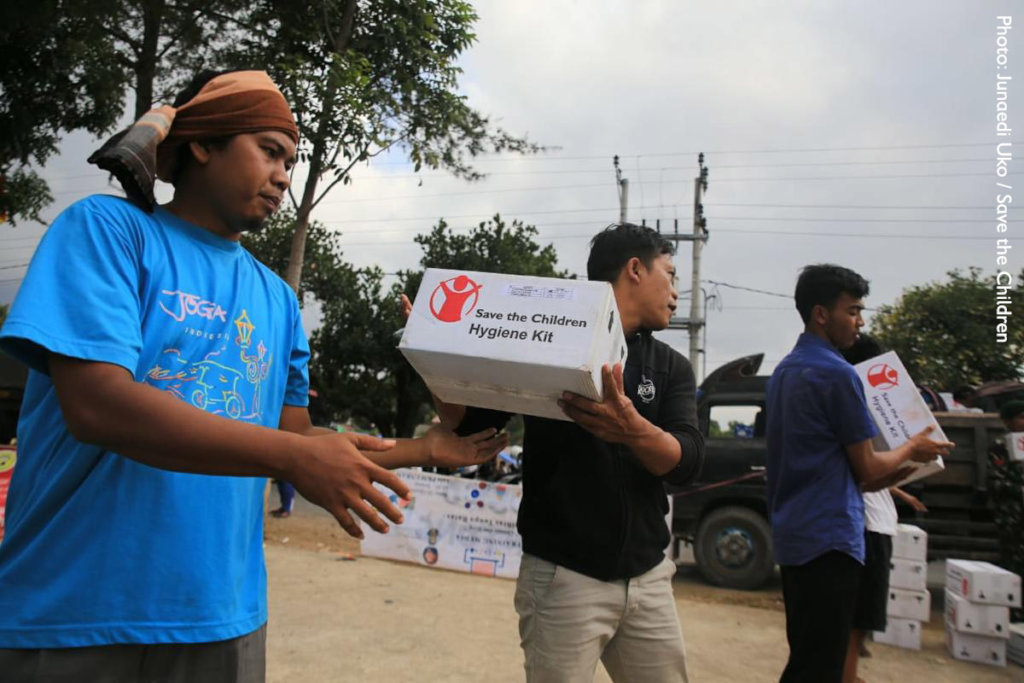 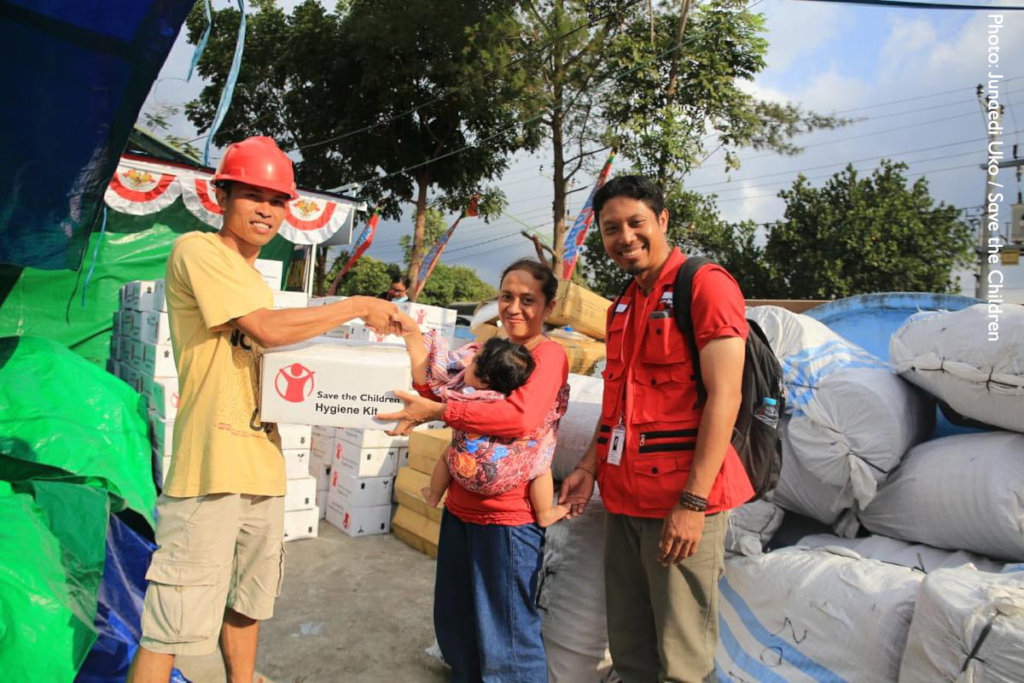 An emergency response team from Save the Children's local partner has deployed to central Sulawesi in Indonesia after an earthquake struck on September 28th. The magnitude 7.5 quake triggered a tsunami with waves reportedly up to three meters high near the island's capital Palu. More than 1,400 people have been confirmed dead, including hundreds of children, and more than 65,000 homes are destroyed. Save the Children's national entity has a team on the ground preparing to distribute aid

Children who lost or were separated from their families during the devastating earthquake and tsunami urgently need to be identified and reunited with surviving relatives. More than 46,000 children are in urgent need of humanitarian assistance, according to Indonesia's disaster authority. More than 1,400 people have been confirmed dead, including hundreds of children, and more than 65,000 homes are destroyed.

Save the Children's national entity has a team of staff on the ground distributing aid, including shelter kits and hygiene items, as well as setting up child-friendly spaces, which provide a safe space for children to play, often instead of being on the streets. The humanitarian organization is also working to establish family tracing and reunification procedures with other agencies to help reunite children with their families, and establish child protection systems and report mechanisms.

Once the immediate aftermath of this disaster has passed, Save the Children is ready to support the government in repairing, re-building and re-opening schools as soon as possible, Save the Children has been working in Indonesia since 1976 and has a long history responding to humanitarian disasters in the country, including the recent earthquakes in Lombok and the 2004 Boxing Day tsunami.

GlobalGiving
Guarantee
Donate https://www.globalgiving.org/dy/cart/view/gg.html?cmd=addItem&projid=34765&rf=microdata&frequency=ONCE&amount=25
Please Note
WARNING: Javascript is currently disabled or is not available in your browser. GlobalGiving makes extensive use of Javascript and will not function properly with Javascript disabled. Please enable Javascript and refresh this page.