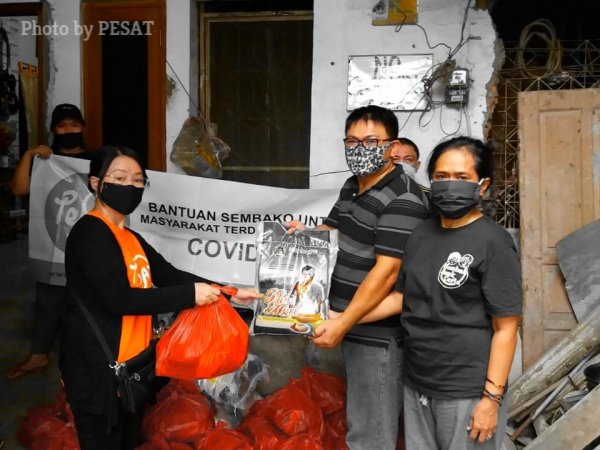 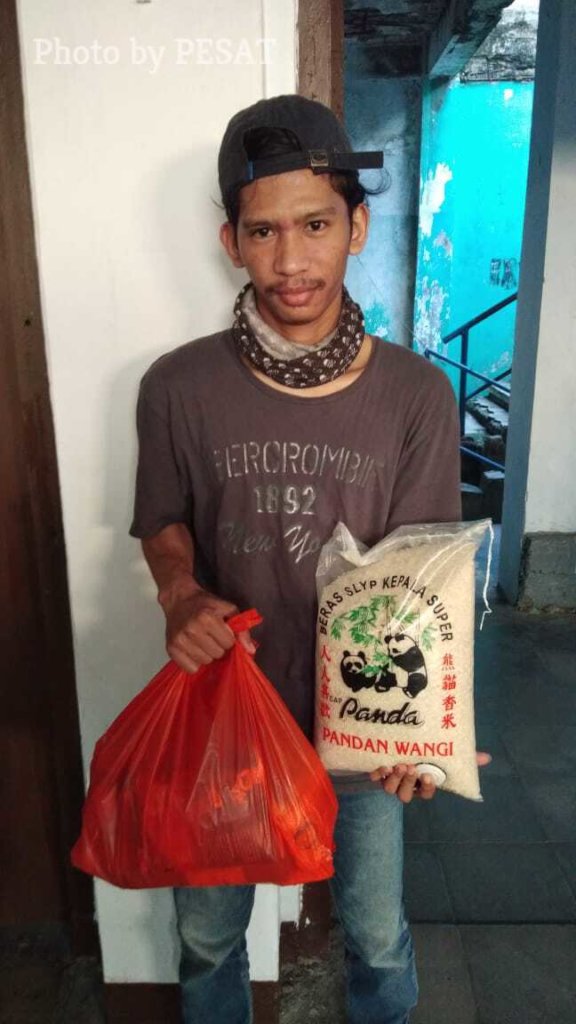 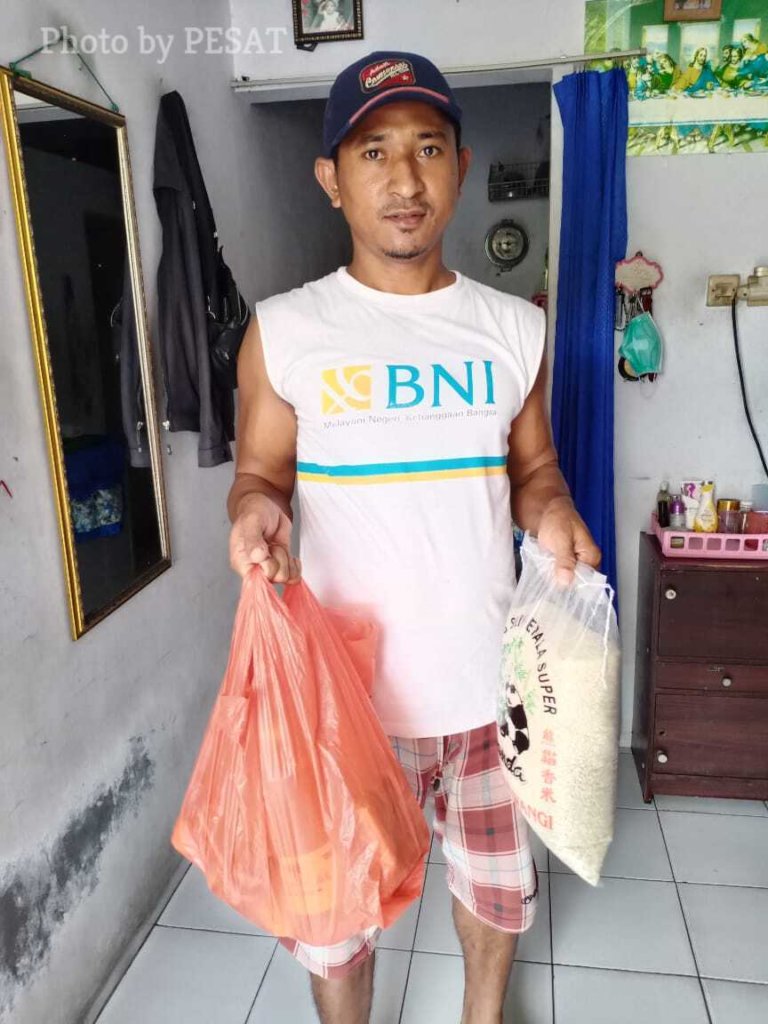 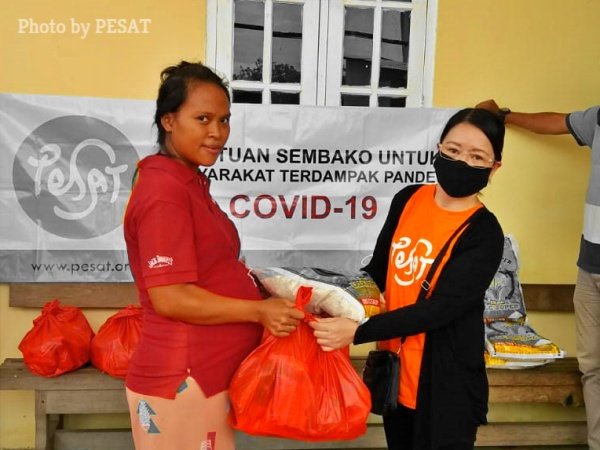 After Tsunami, People are Suffering from Covid-19

In 2018, the province of central Sulawesi in Indonesia was hit by a 7.5 richter scale earthquake which led to a tsunami, resulting in more than 2,000 deaths and injured more than 10,000 people in the city of Palu. There were further 5,000 people reported missing. In all, approximately 50,000 people were affected as a result, a figure higher than that of the 921-earthquake in Taiwan in 1999.

The Mustard Seed Mission arrived in the Palu on the 37th day of the earthquake to investigate the devastation post-earthquake as well as to offer assistance to the recovery. Upon our field investigation, we have concluded that the city was severely destroyed. Many local people living along the coastline lost all their belongings after the tsunami, including fishing boats which are their livelihood. The Mustard Seed Mission responded such need by raising fund from the public to help with the post-disaster reconstruction work. It also donated 30 or so fishing boats, fish collectors and fish meat processing equipment etc.

The 37th day after the earthquake in Palu, Indonesia

When the pandemic outbreak began, the Mustard Seed Mission contacted our local partners at the first available opportunity to have an idea of the impact of the pandemic and the need which was arisen as a result. Our local partners, with heavy hearts, shared with us the predicament local people faced: while still not completely recovered from the devastation after tsunami - some locals were still living in temporary housing more than one year after the tsunami - they were hit again by Covid-19. As of the end of September, there were 134 confirmed covid-19 cases in Palu. However, according to our local partners, due to the domestic travel ban introduced to combat the pandemic, many families in Palu faced economic hardship as a result of unemployment or lack of businesses. The elderly who have been supported economically by their younger family members were at the risk of starving. Some daily wage workers can't find jobs, some lost their jobs and some were forced to move. At the same time, the price for some daily commodities went up to as much as 20% due to the rising cost of transportation. Although many less well-to-do families were not directly hit by the pandemic with death or illness, their living conditions nonetheless worsened as they were already economically venerable before the pandemic and now with the impact of pandemic, their situation got even bleaker.

The first phase of the Mustard Seed Mission's relief work aims at providing the 80 families which were most seriously hit by the pandemic with food parcels. The average household members of such families were 2-3 people. We found that 79% of such families are either with zero income or without fixed income, including 36% jobless, 29% daily-wage worker, 14% retired people. Based on our criteria of providing emergency assistance which are designed for the need of 4 family members for 5 days, we have prepared the food parcels accordingly. The 80 food parcels not only include rice, oil, sugar, easy-to-cook instant noodles, but also eggs and two non-woven face masks for each household as well as condensed milk. By providing such, the needs of these people for protein and epidemic prevention were both being satisfied.

The Mustard Seed Mission also collaborated with our local partners for follow-up food parcel relief work. It is aimed at providing food parcels to the 120 local families which were affected by the 2018 tsunami and lost their properties and houses while still living in temporary prefabricated houses; most of them were daily wage workers and small vendors with a monthly income equivalent to $USD67-100 and are severely hit economically by the pandemic.

In addition, at the end of September, the Rogo village on the outskirts of Palu had already suffered from the economic impact of the epidemic. The houses were hit by mud flows caused by heavy rains. Many houses were damaged. The furniture was destroyed; water, electricity and gas were also out of use. The Mustard Seed Mission is assisting households in installing cooking utensils and water purification equipment urgently.

As of now, the Mustard Seed Mission has helped our partners in India, Philippines and Indonesia getting through the difficulties during the pandemic. While the Covid-19 is developing, we will continue to offer our support. 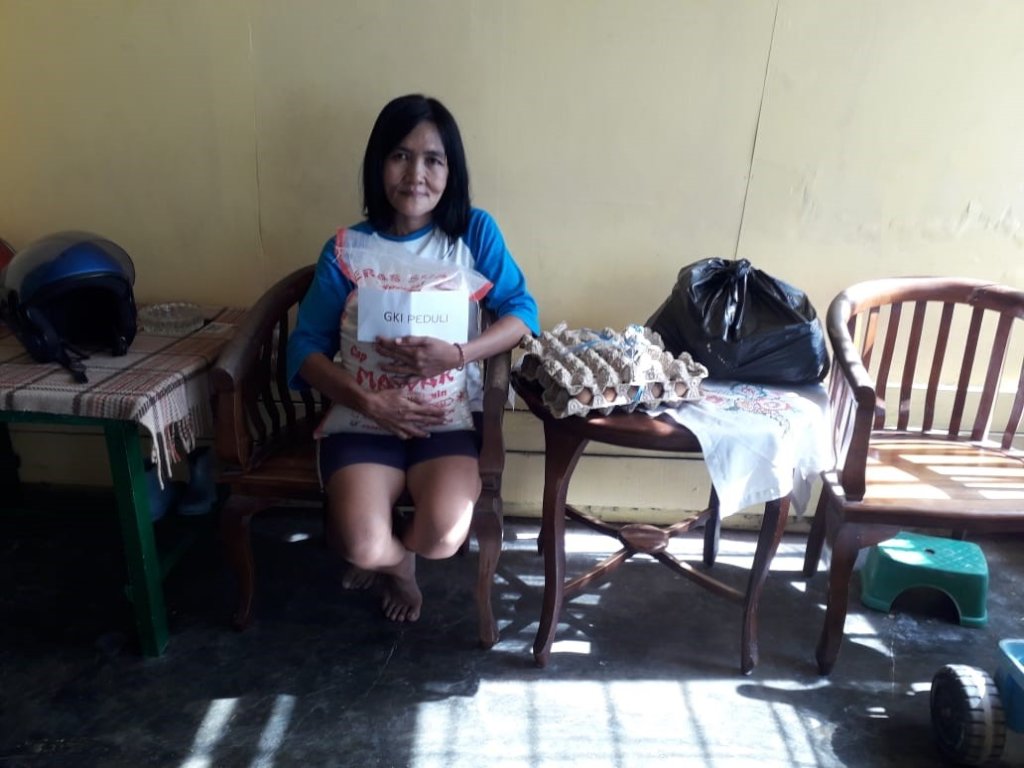 In July, we have finished the first relief and rescue in Palu, Central Sulawesi, Indonesia.

65% of local families in Palu we served are unemployed or daily-waged.   Cooperating with the local NPO, we responded to the needs. From purchasing to packing to delivering, 80 households, 277 people were visited and helped. In the supply parcels, according to the actual needs, we put in food and masks.

Thank you for being a great support in this battle; without you, none of this would happen!

Wish you all the best,

Before the reconstruction launched, coronavirus has hit the world wildly.

We are postponing the Self-Reliance project for now, and trying our best to contact our local partner to know better about how the pandemic has impacted the island. The tsunami affected families are combating COVID-19 like you and me, what is their timely need? We are working on it, if there is any further progress, we will inform you as soon as possible.

Thank you again for being a great support to them!

For now, we are launching COVID19 Emergency Response Plans in Taiwan, India and Philippines. We really need more support; you are more than welcomed to join the life-saving team!

*Saving 300 Families from Starving during COVID-19 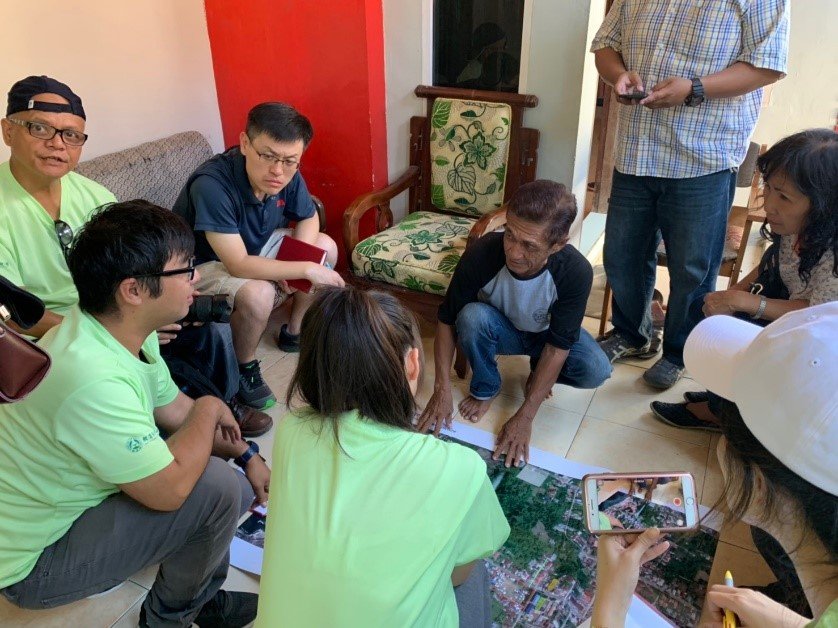 The volunteer team visited the school principal and explained the intention and purpose of sharing the earthquake prevention education program.

The volunteer team was at the school to educate teachers and the principal about earthquake escape and evacuation.

Explaining why schools should conduct earthquake drills every month or quarter to let students get used to knowing how to escape while earthquakes occur.

The volunteer team interviewed the community residents to know the situation about post-disaster recovery, collecting and incorporating information as references for planning further service and future disaster prevention education.

Community residents were invited to participate in the Community Disaster Risk Mapping Workshop on 10/10 for educating the public about earthquake escapes and items that need to be prepared for safety. 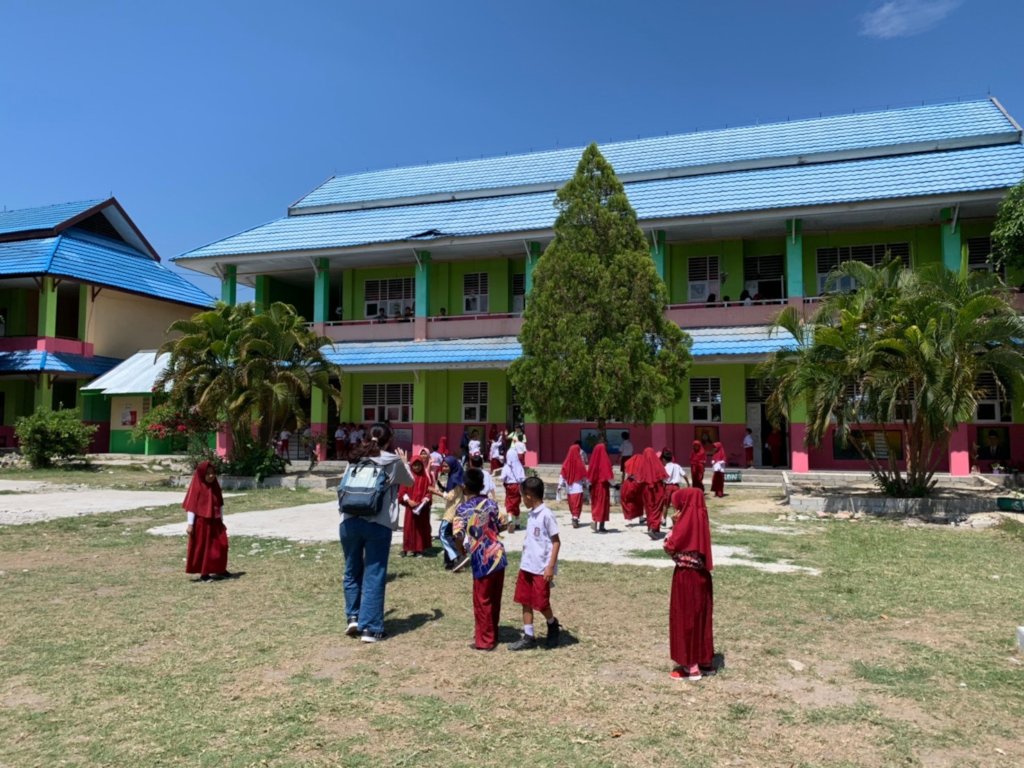 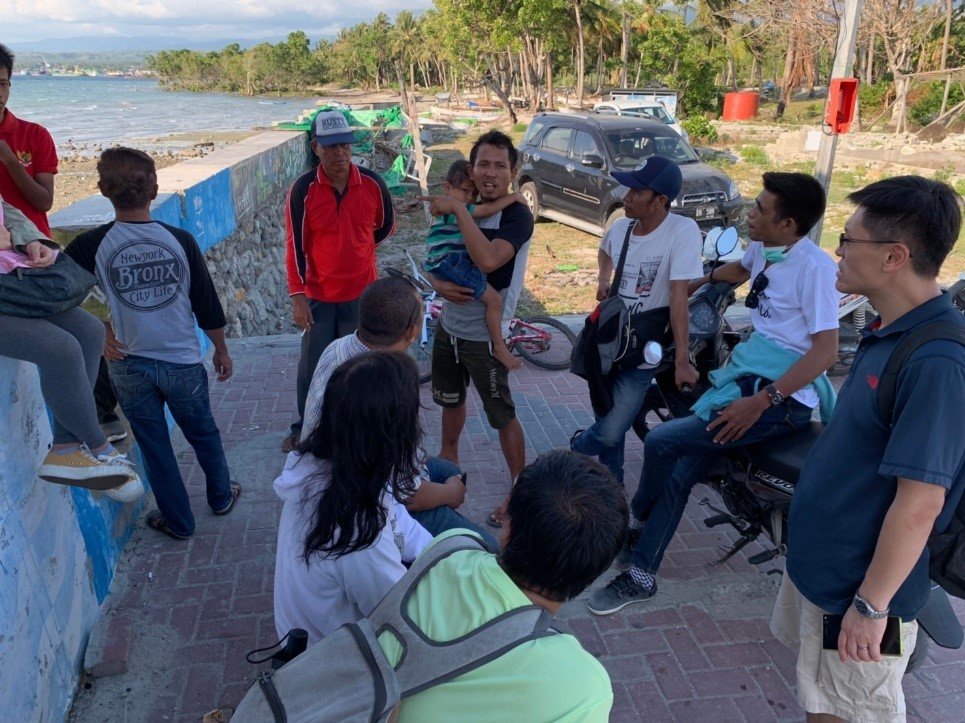 Sharing with the locals about disaster prevention 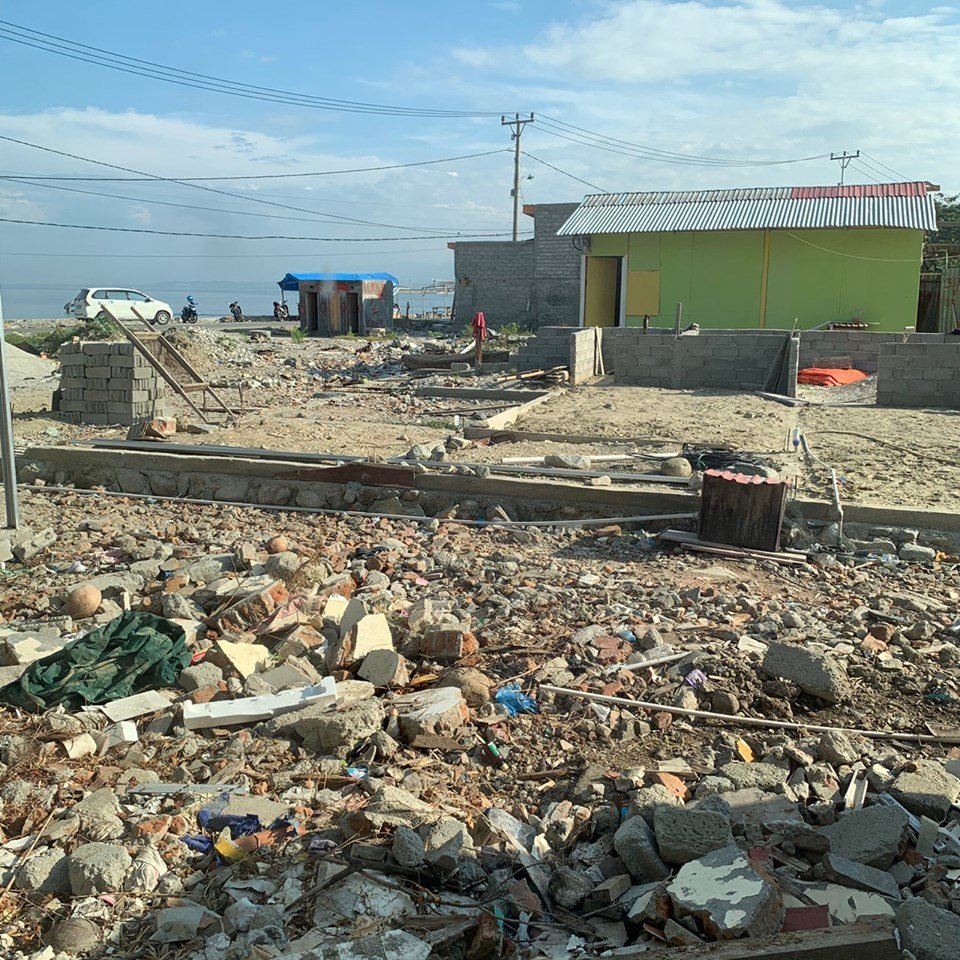 After 1 year, Palu is still in reconstruction.

On the first day (10/7) in Palu area, The Mustard Seed Mission volunteer team visited many places and key persons in order to collect more information and data about the disaster. Then, they looked after the community map to plan the widely understand the community situation for the preparation of disaster risk reduction.

Along the way, there are still many places in the disaster area that have not been rebuilt and restored.

In Mpanau Village, about 50 temporary houses were rebuilt in situ. It is forbidden to build any house within 100 meters of the coastline according to the government's strategy to rebuild the disaster areas; however, temporary houses are not limited to this.

So about 50 temporary houses were still being rebuilt in situ. Most of the community people were in relatives' homes before the temporary house construction is completed. Temporary houses would become permanent houses if people did not move out for a long time.

However, to know how to quickly respond to natural disasters is crucial to the affected villagers. The Mustard Seed Mission is focusing on disaster risk reduction education so sending a volunteer team in October 2019 to share and guide local government, schools, and villagers to know the knowledge and skills about disaster prevention and risk reduction. 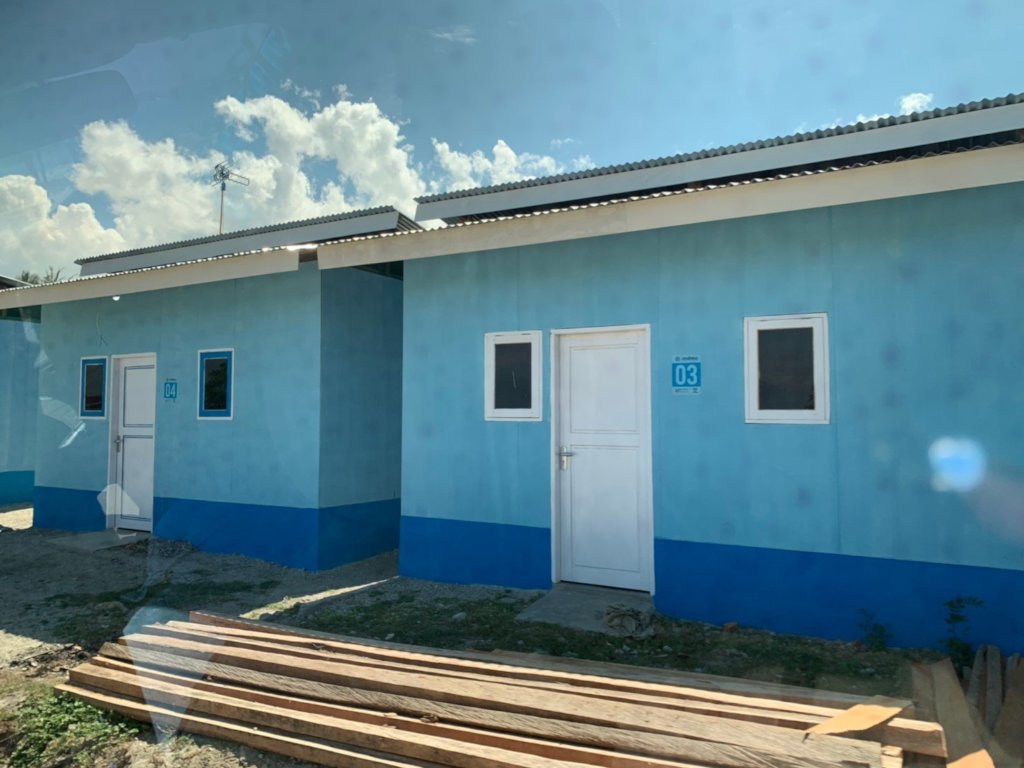 GlobalGiving
Guarantee
Donate https://www.globalgiving.org/dy/cart/view/gg.html?cmd=addItem&projid=37924&rf=microdata&frequency=ONCE&amount=25
Please Note
WARNING: Javascript is currently disabled or is not available in your browser. GlobalGiving makes extensive use of Javascript and will not function properly with Javascript disabled. Please enable Javascript and refresh this page.