In Memory of Sachiko "Jackie" Wall 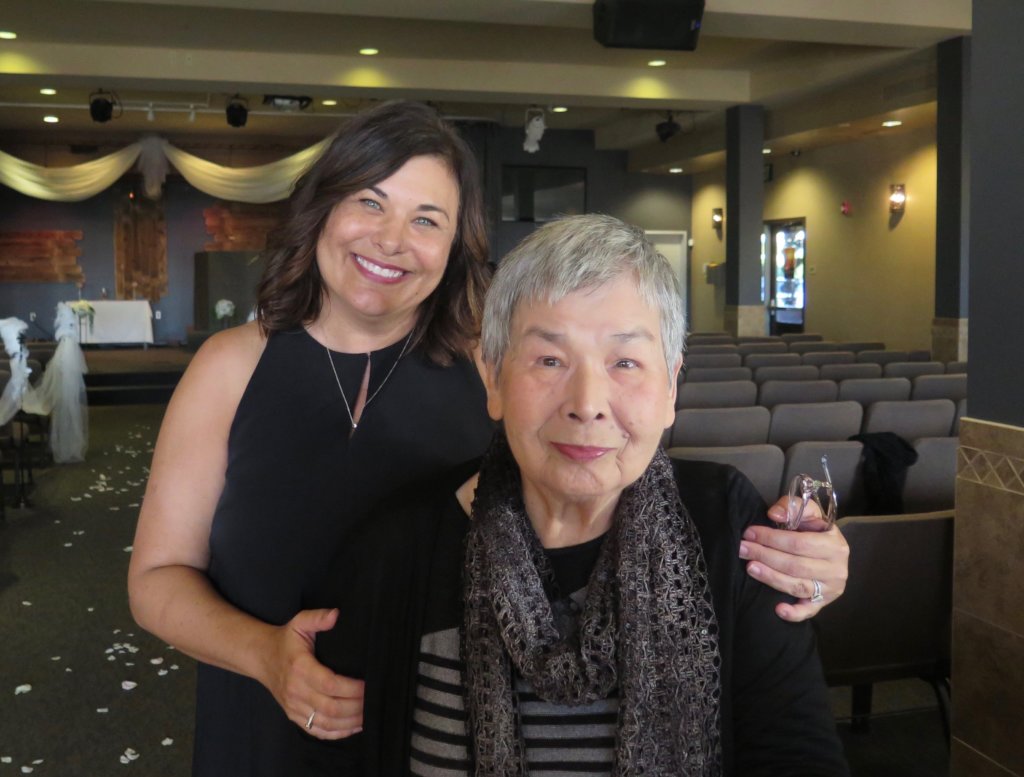 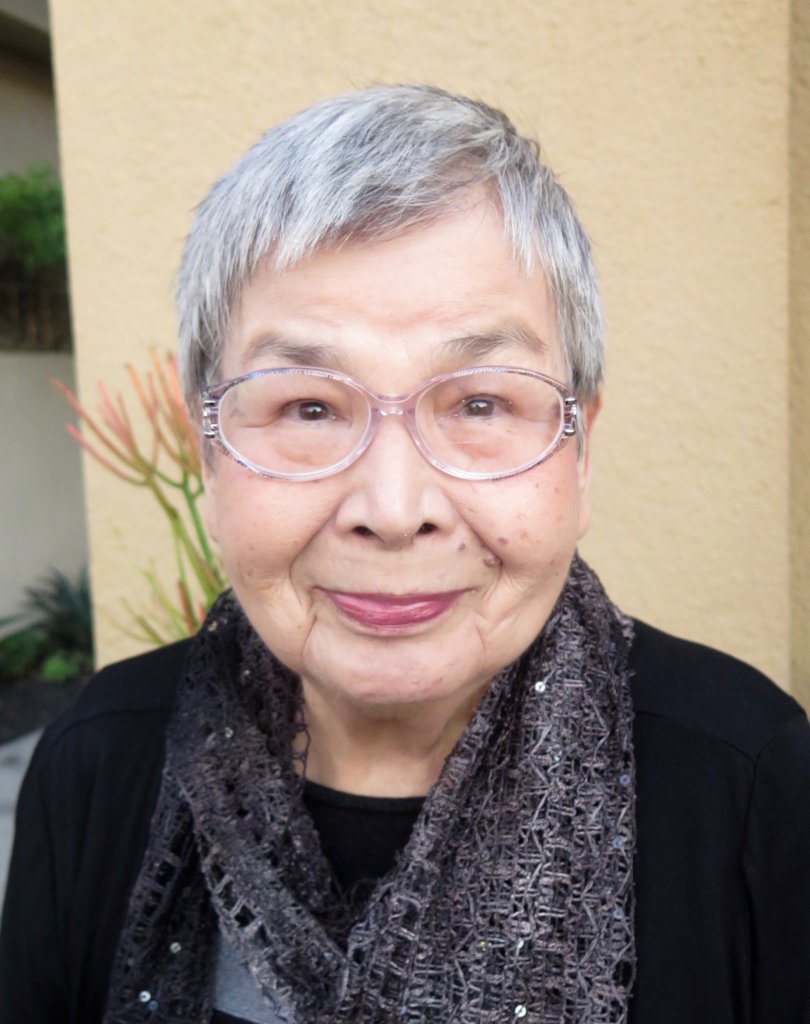 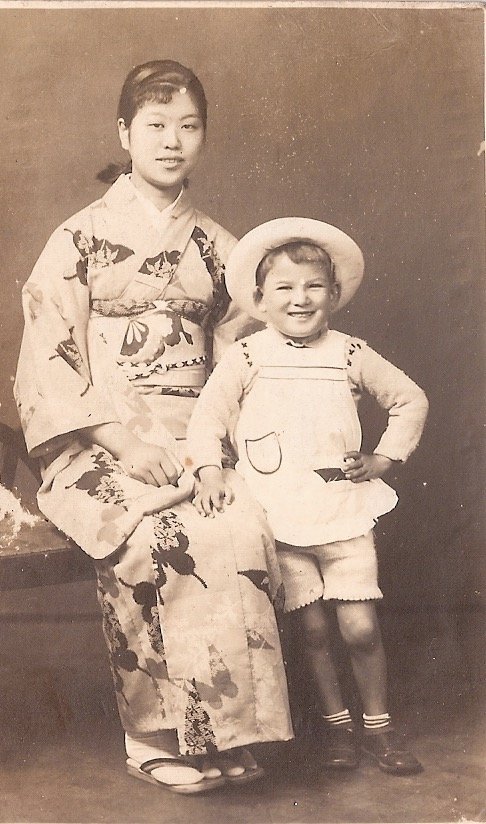 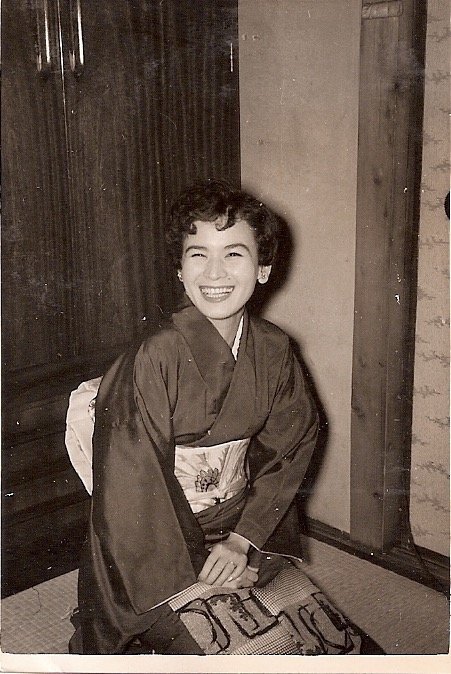 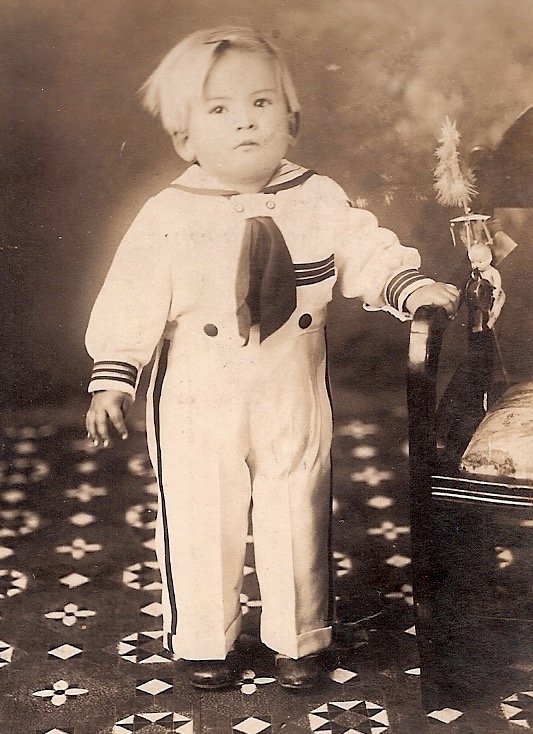 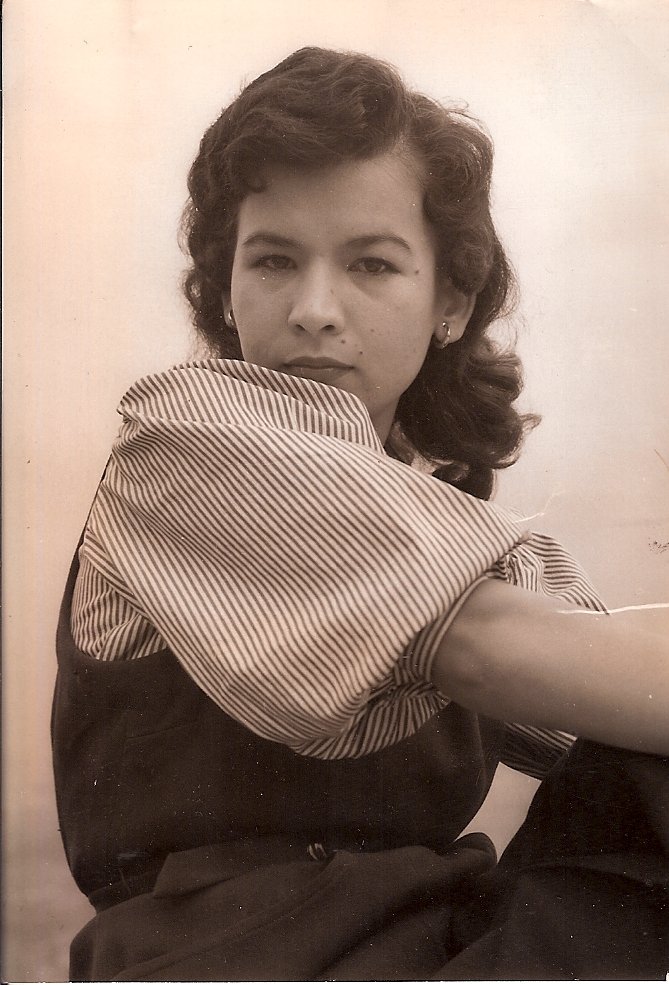 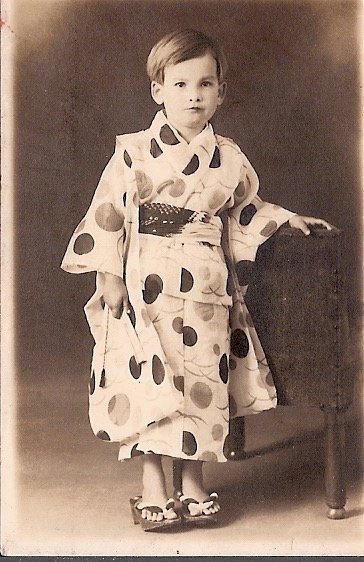 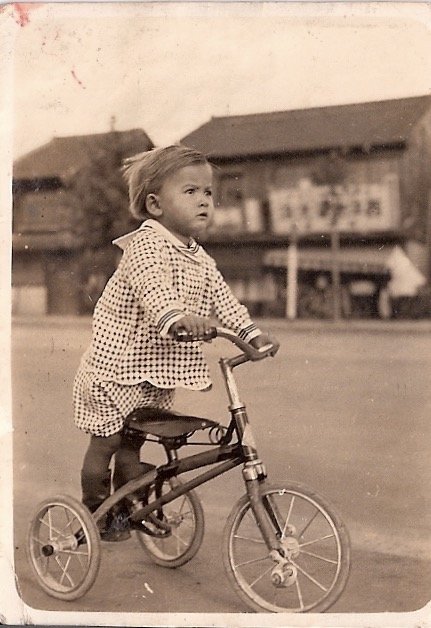 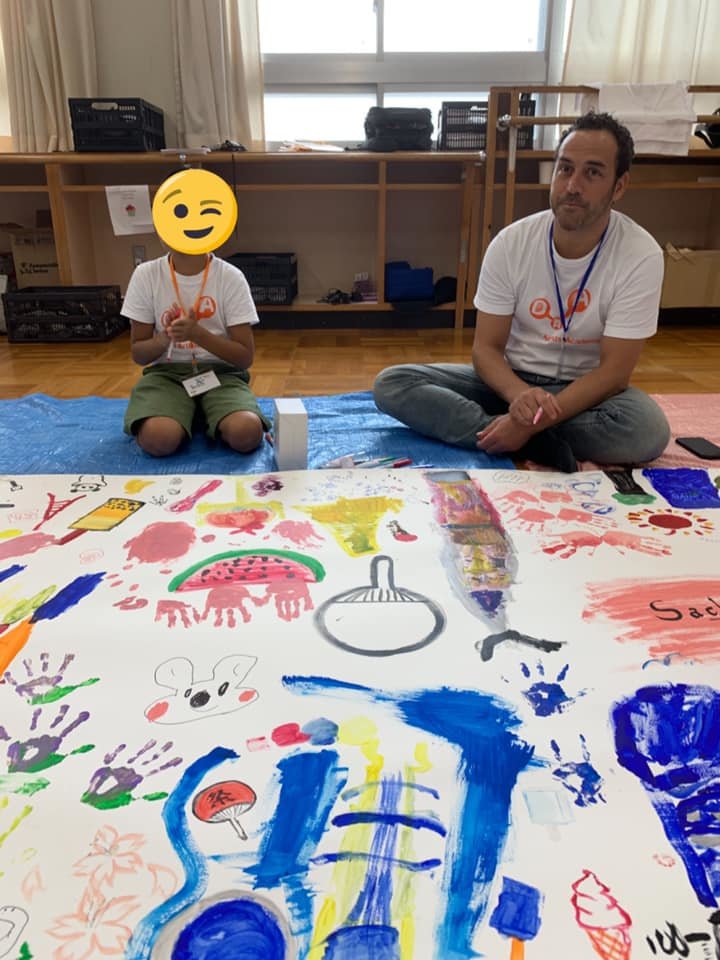 “Our children are our future and one of our most basic responsibilities is to care for them in the best and most compassionate manner possible.” -- Nelson Mandela, November 7, 2003

From August 12 to August 20, 2019, children from children’s homes (orphanages) in Japan participated in the Designing Artists Academy (DAA) summer camp, organized by non-profit YouMeWe. I had the privilege to work with the children as a Mentor this summer. Mentors initiated icebreakers, played dodgeball, and supervised children during workshops. Over the week, however, our roles became increasingly fluid and personal as we formed closer bonds with the children. The staff, including volunteers and Mentors, encouraged them to make the most of their opportunities. DAA provided children an avenue to learn about themselves through art, interactions with others, and self-reflection.

The camp began with art activities. On day one, children created a mural based on the theme, “We HeART Tokyo”. On other days, children joined their assigned groups and participated in activities such as music composition, cupcake decoration, photography, jewelry making, and painting. Although the artists gave them instructions and suggestions-- the children quickly learned advanced techniques-- they also respected children’s curiosity and imagination. The activities gave children confidence.

The camp encouraged children to express themselves. They learned to interact with others by immersing in a new environment for the week with children from other homes. Lunch breaks gave children and volunteers the opportunity to get to know one another, building trust along the way. Throughout the week, many of them became more articulate and proactive, showing volunteers their artwork, asking questions, and performing before an audience at the exhibition on the final day of the camp.

Self-reflection was another key part of the program. In the camp packets, children each had notebooks to reflect on each day of camp. This reflection gave encouraged children to process their experiences and record their achievements. In addition, meditation sessions taught them to get in touch with their emotions, de-stress, and focus.

DAA was fantastic this year due to the children, the art workshops, the interactions with others, and the self-reflections. The camp encouraged children’s growth through art. However, it also emphasized communication, which the children quickly learned. Self-reflection was also important in the program. It was an immense honor to have been part of the children’s journey, however briefly. The children are nothing short of incredible; they are our future.

Bio: Marina  is a senior at the School of International Liberal Studies (SILS), Waseda University. She was a DAA mentor from 2011to 2013 and returned as a mentor in 2019. 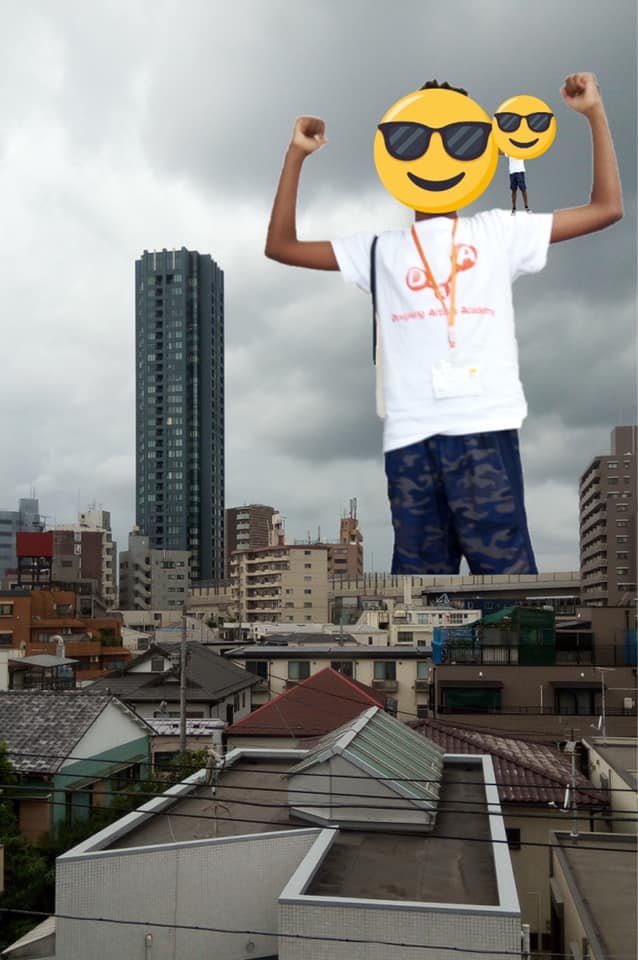 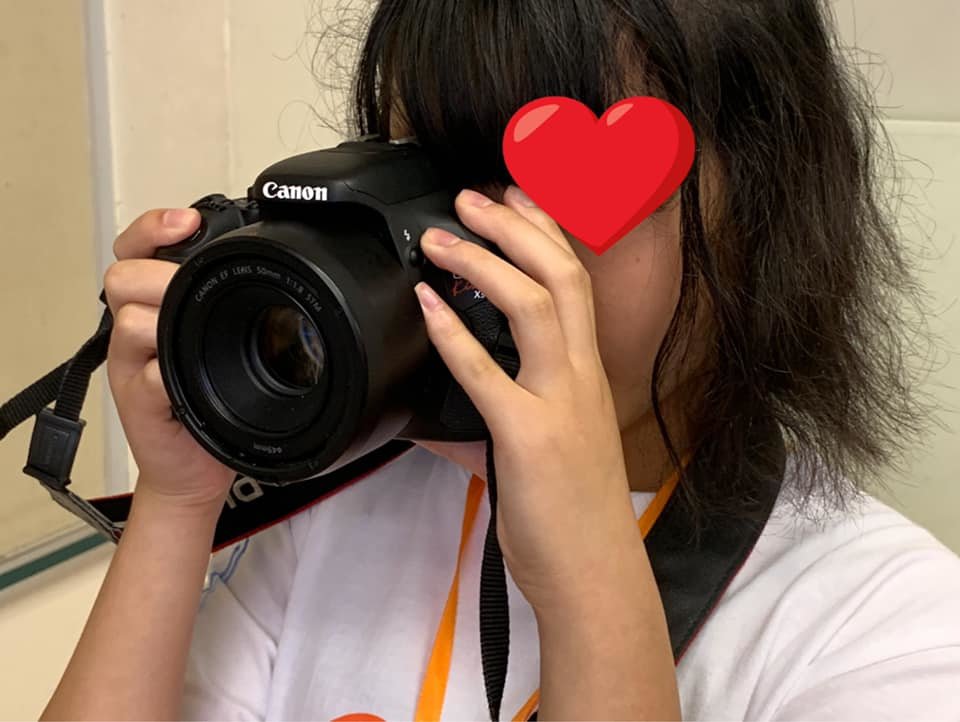 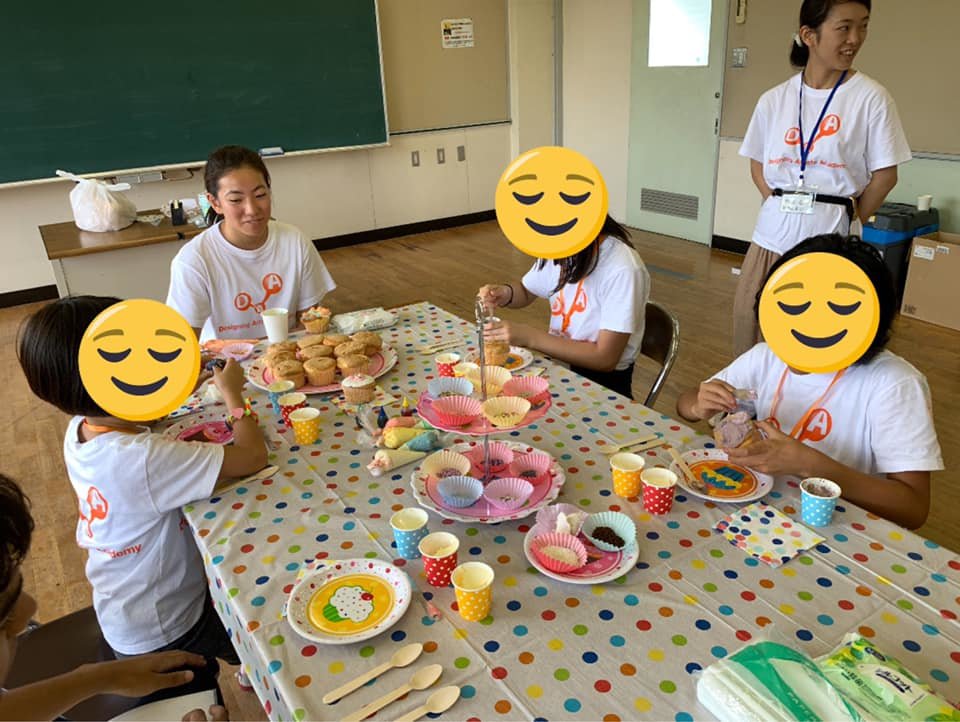 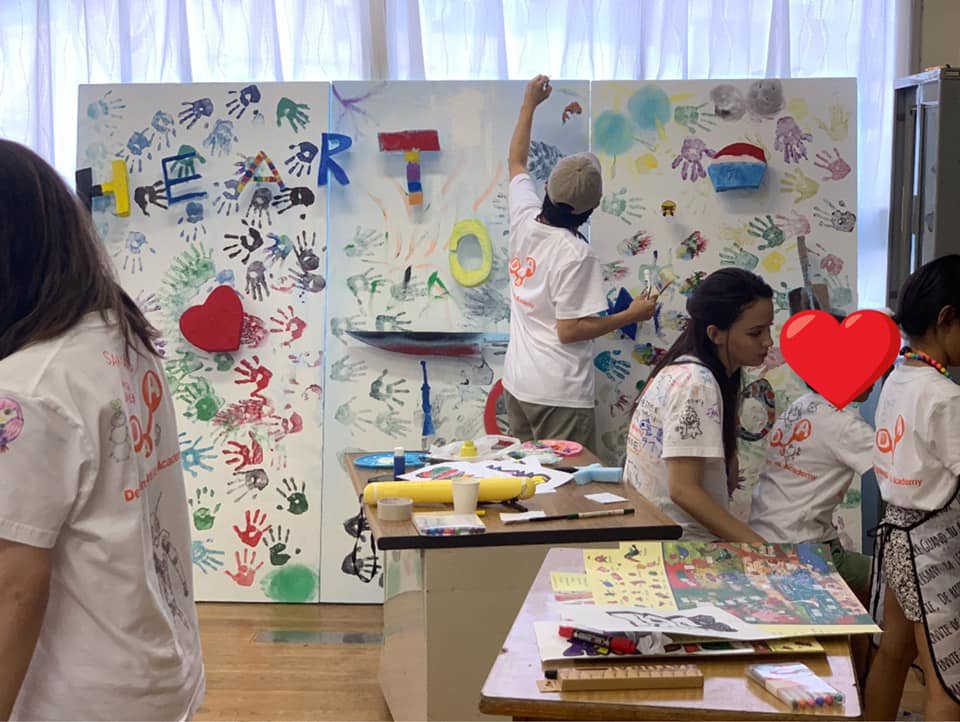 Update on the Memory of Sachiko "Jackie" wall 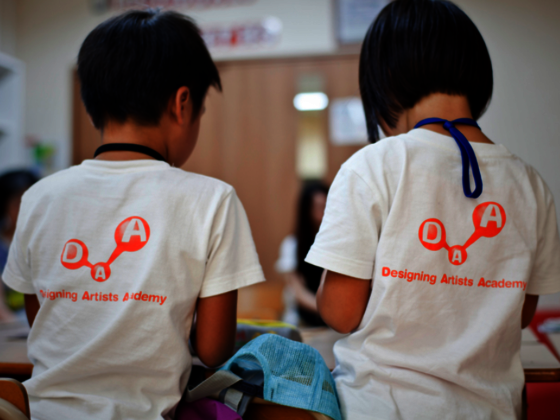 Lisa contacted us and offered to help us with fund raising for our NPO as she felt that her mother could have had a very different future should she not have been adopted by her loving parents. Connecting to the children in Japan was something she wanted to do with the passing of Jackie.
We started the funding page and along the way learned about how much Jackie's life meant to so many people. At YouMeWe we are very focused on the children's future but it allowed us to reflect on how their lives CAN end up being very productive, leaving behind many loving relatives, friends and memories.
From Lisa:
I want to thank you from the bottom of my heart for your generous donations to help the orphaned children in Japan have a better future. My Mom would have been so happy & proud to have known. As you know, she always found a way to help those in need, even when she herself could have used help. You all have made this a healing time for me & when I think of my Mom no longer with me (us), I can take comfort, knowing she continues to help those in need through us, in her memory.

We are using the funds raised to help with our Designing Artist Academy DAA Camp.

DAA is a 7-day camp in which 30-40 kids living in the children’s home ranging approximately in ages 8-15 will participate. The children will be organized by grades in groups no larger than 10, with group mentors assigned. Each morning will include focused art workshops such as photography, painting, illustration, fashion design, and craftwork followed by afternoon sessions that kids will have a chance to choose from (examples - mural painting, Japanese cultural classes, smaller craft activities, cooking, dancing, singing). At the conclusion of camp, there will be a special exhibition party to celebrate the children’s creations and the completion of camp.

By creating small groups of 10 kids who are assigned 1-2 group mentors who guide and support the group throughout the entire camp, in addition to their workshop artists and other adult volunteers who work with the group, each group is exposed to continual attention from 4-6 adults. We have witnessed the profound positive effect this mentoring aspect has had on the kids. In 7 days time, for those children who start to ‘feel noticed,’ it goes a long way towards feeling that they are not simply stigmas of society.  It is this kind of breakthrough that opens up perspectives and we’ve seen new interests and potential developed because of their experience at DAA.

Our DAA camp encourages kids to think freely, discover new interests, and foster potential through mentoring. We are always looking for volunteer artists, camp counselors and general support staff. This year will be our 10th anniversary of the camp 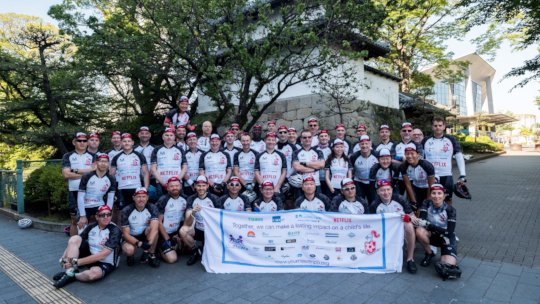 GlobalGiving
Guarantee
Donate https://www.globalgiving.org/dy/cart/view/gg.html?cmd=addItem&projid=39495&rf=microdata&frequency=ONCE&amount=25
Please Note
WARNING: Javascript is currently disabled or is not available in your browser. GlobalGiving makes extensive use of Javascript and will not function properly with Javascript disabled. Please enable Javascript and refresh this page.