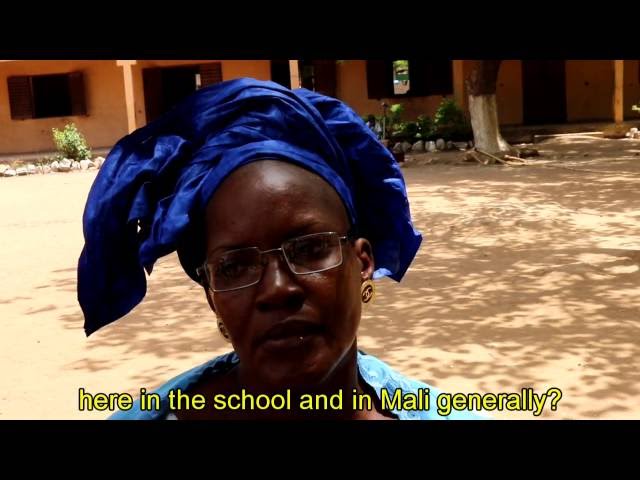 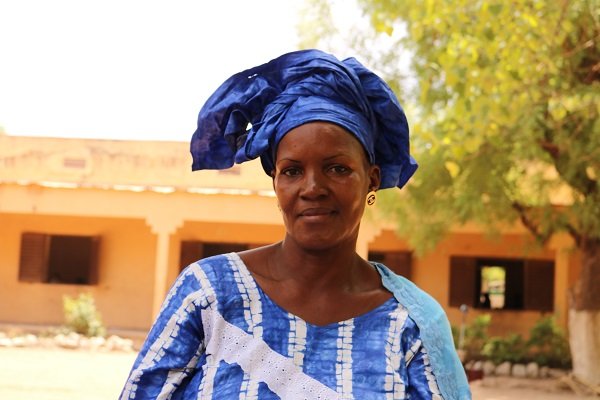 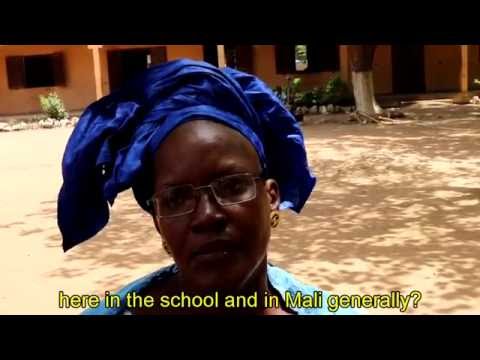 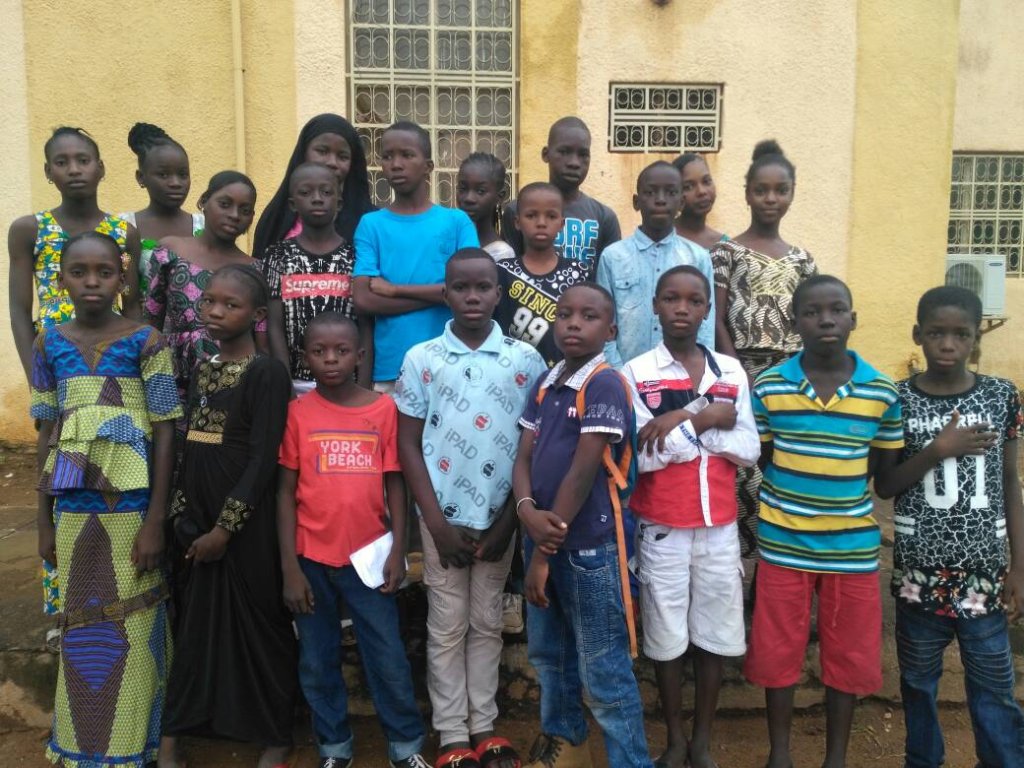 We completed the 4th edition of our STEM summer camp a few weeks ago and thanks to your gift we were able to offer full scholarships to 21 public school students that would not have otherwise been able to attend. The students came from public schools in Lafiabougou and Badalabougou in Bamako and we had one special student who came from the neighboring town of Kati each day. You can see most of the students in the picture below.

Mali has an increasingly segregated school system where only poor students attend public schools due to severe lack of resources the government can devote to them. iNERDE is one of the few educational programs in Mali that gives public school students access to an enriched environment and integrates public and private school students. The public school students typically are behind their peers in private schools academically so we have to dedicate a lot of resources to make this work. It does work, however. Malian society retains a strong element of social solidarity and we constantly see the more advanced kids helping the kids who are struggling - and better learning themselves in the process. We've also seen some of the public school kids that have been coming to our camps for successive years making extraordinary strides in their intellectual development.

This year we added a full program for middle school kids which included a week learning architecture at a local university, we added theatre, dance, and drawing for all ages, and we added new science units in biology and earth sciences. The kids had a lot of fun, exercised their creative and intellectual muscles, and took a giant step forward to being future leaders of their country. 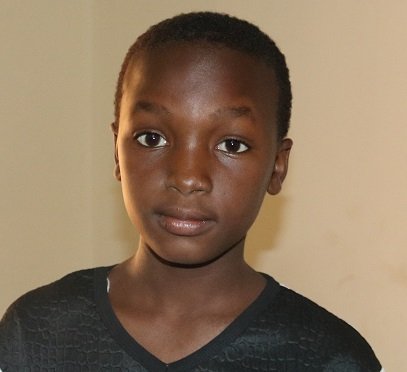 In 2016 we asked you to help fund scholarships for 30 poor public school students in Mali to attend iNERDE's 5 week summer camp in Bamako, Mali. You responded - in our shortest fund-raising campaign ever we fully funded 30 kids from two schools who had a life-changing experience. We would like to do the same in 2017.

One of those kids was Aboubacar. Aboubacar attends the Public School of Badalabougou in Bamako. When he came to iNERDE's summer camp in 2016 he was a shy boy who had never had a chance to do hands-on science or to touch a computer. He emerged from our camp as real science enthusiast who had learned to program a robot. He was selected for Mali's first National Middle School Robotics Team and successfully completed 3 months of intensive study in robotics and has competed in a robotics hack-a-thon.

Aboubacar was joined on the National Middle School Robotics Team by two of his fellow students from the Public School of Badalabougou, Mama and Adizatou. It has been a challenge for Mama and Adizatou - like Abooubacar last summer, they've found themselves studying side by side with kids from the best schools in Bamako who have enjoyed rich educational environments and comfortable home lives. But these are very determined kids. Mama is the only member of his family able to go to school, his family has placed all their hopes in this brave young man. He appreciates their sacrifice - he works hard and has been first in his class for 8 straight years. Adizatou, a serious young woman, is second - it isn't easy to best Mama. Adizatou faces her own challenges - a girl her age is expected to assume a lot of household chores and childcare in many Malian families. They start falling behind in consequence and many drop out before reaching high school. Adizatou is determined to not let this happen to her and her family is supporting her. Learning robotics has not been easy for her but she successfully completed the program and is ready for more!

We want to have Aboubacar come back again this summer and invite Mama and Adizatou to continue their learning journey with us in STEM camp. And 27 more public school students that have worked hard and will beat the odds if we only can make a small investment in their future. Please consider helping us again to make a profound difference in the lives of these beautiful young people. 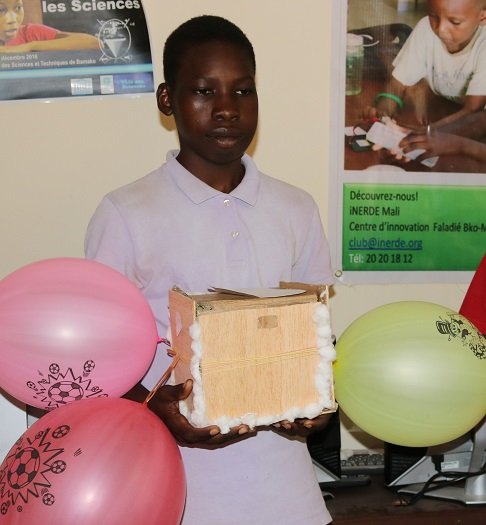 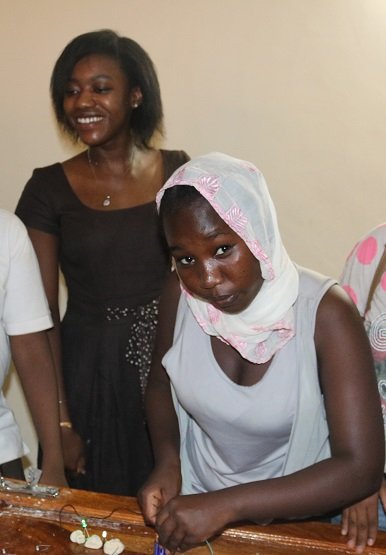 We have big news to share in this update. iNERDE is training Mali's first national high school robotics team and will bring them to Washington, DC in July to compete in the FIRST Global "Olympic's Games" of STEM. The travel expenses for our team is being entirely covered by a sponsor.

There is much more to this story. Ultimately, this news is about a movement that is gaining ground in Mali in which iNERDE is playing a very significant role and a movement gaining ground in the world which iNERDE has the honor to be part of. Since creating a permanent office and learning center in Bamako, iNERDE has been reaching out and building partnerships with the many organizations in Mali working on education, science and technology, and economic development. Our active participation in Mali's first Celebration of Science at the University of Bamako brought us together with partners who are now working with us not only to bring Mali's team to FIRST Global but to bring STEM and robotics to schools throughout Mali. This project, initiated and led by iNERDE, is now under the aegis of the Malian Ministry of Higher Education and Research, the governmental entity charged with the spread of scientific culture in all levels of education throughout the country.

Thanks to you, our supporters, iNERDE has run STEM summer camps for three years in Mali and we created CodeNERDE, the first robotics bootcamp in Mali. We've been running on pure faith for a lot of this time - the challenges and the financial worries have been endless - but we've seen the difference our program has made on hundreds of kids and we couldn't quit. We're going to keep doing what we've been doing, expanding our summer programs, training Malian teachers, and opening our center for afterschool classes. But we've now started our next phase where we can begin to realize our broader mission, to make a durable impact on education on a large scale in West Africa and to contribute through education to economic development and opportunity for youth on a national level.

We still need you! Our larger mission has not come with larger resources yet, though, as we've always done, we're know what we are going to do before we know how we will find the resources to do it. In December of 2017 we reached the funding goal we set for 2016! - yet we still ran our camp in 2016, albeit on a shoestring's shoestring, and we were even able to give full scholarships to 30 public school students. In 2017 we are going to initiate new funding campaigns with very specific objectives such as providing summer camp scholarships again this year and further developing our learning center to become a self-sustaining operation in the next year. We still need a leg up to reach financial independence and we will be asking you to help us if you can, but iNERDE's goal is to be in a position where our activites are supported by African resources. It will take us some more time, but we have made and will continue to make substantial progress on this front.

We also want to thank you for your openness to an African project, for your belief that the efforts of Africans to improve their part of the world matters in your part of the world. Mali is a secular, democratic, muslim-majority country which has been forced to deplete its resources fighting foreign islamist terrorists holed up in a remote region. As investors have steered away from Mali, the economic consequences on its population have been heavy. Yet Mai remains free, optimistic and open to the world. The Malian people know that if not everyone in the world is open to Mali, the majority in America and in the rest of the world are with them and they are grateful. As are all of us in iNERDE.

This is just a quick update to let you know that, thanks to you, iNERDE had its most successful single day of fundraising, raising over $1600 yesterday, enabling us to fully fund all scholarships for our two public schools, Dianquina Coulibaly and Badalabougou.

Giving the opportunity to poor kids to participate in our program was, for me personally, extremely important. While I have never known poverty such as it exists in Mali, my father was a simple worker, a deliveryman, and I know what a difficult road it is to go from such a humble background to a higher education and a professional career. The public schools I attended in the US were well-equipped and more than able to give me all the help I needed. That isn't the case in Mali, but the Malian kids do have incredibly strong family support and dedicated educators that do the very best they can. It is such an honor for me to be able to help them ... I know you feel the same way.

We'll send another report once the camp gets started and let you how ... your kids ... are doing.

GlobalGiving
Guarantee
Donate https://www.globalgiving.org/dy/cart/view/gg.html?cmd=addItem&projid=24194&rf=microdata&frequency=ONCE&amount=25
Please Note
WARNING: Javascript is currently disabled or is not available in your browser. GlobalGiving makes extensive use of Javascript and will not function properly with Javascript disabled. Please enable Javascript and refresh this page.