Protecting hundreds of families from floods 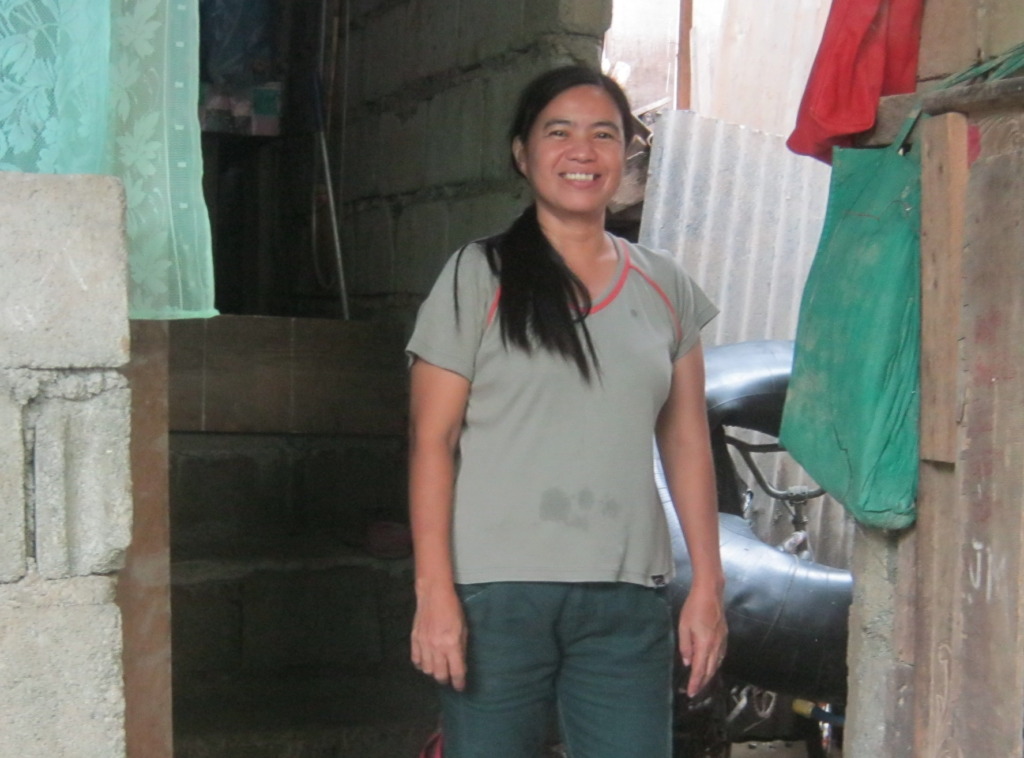 Josephine is one of the hundreds helped by you

Thanks so much for helping Filipino communities prepare for disaster.

For much of this year, and with your amazing support, we’ve been heavily focused on completing the Banaba Livelihood and Evacuation centre, just outside Manila.

However, while the building itself is vital to protect Banaba’s residents from typhoons and floods, the center is also the hub of a range of community based Disaster Risk Reduction (DRR) initiatives that your donations also help support.

And, in the middle of August, dramatic events in Banaba once again showed why proactive DRR is so important in saving lives, and also in quickly providing relief when the worst inevitably happens.

But floods strike quickly, especially when rivers suddenly burst their banks, and it’s not always possible for some people, particularly the very old or very young, to move quickly. When this happens, lives are under threat as people become trapped by the rising flood water.

This is exactly when flood rescue boats provided by IDV are so important. These boats are deployed before the water reaches dangerous heights, and so they’re immediately on hand to reach those in danger.

And August 13 was no different - several of our boats saw action during the floods, and over 180 people were rescued as a direct result.

These included eight month old Noelle. Noelle’s parents, Maricel and Noel, struggle to move their young children quickly during floods. So, it was up to our rescue boats to bring the family to safety.

Also rescued was 46 year old Josephine, and her two teenage children. Although Josephine was scared during the floods, she was confident they would survive thanks to the reassuring presence of our rescue boat. Josephine also had this to say:

“Thank you for providing us a rescue boat in our area - it surely helps in saving lives!”

We second Josephine’s thanks, and we also want to thank you for supporting our related work at the Livelihood and Evacuation Center. During our ongoing work to complete the building we also built a new boat workshop on it’s top floor. So, with your help, other vulnerable communities will also receive these life saving boats in the future.

But this isn’t the only way the center, and your donations to this project, helped to protect Banaba’s residents during the recent floods.

The center is also home to a “community kitchen”, and your donations are also used to stockpile food ahead of the monsoon season. This way, when disasters like those in August do strike, hot food can be quickly prepared and distributed to hungry evacuees.

In August for example your donations provided hot, nutritious chicken porridge to over 280 people after the floods. These meals helped keep Josephine and Noelle’s family fed after their rescue. This not only provided them with energy and comfort, but also a valuable financial lifeline.

Both families houses were left full of silt after the floods, and neither Josephine or Noelle’s parents could work for three days while they cleaned up. The meals you provided meant that they didn’t have to buy food when cash was already in very short supply.

All of this vital DRR work, and much more, is based out of the Livelihood and Evacuation Center. So, thanks so much again for your support in completing the construction, and also for supporting the projects that are based there. 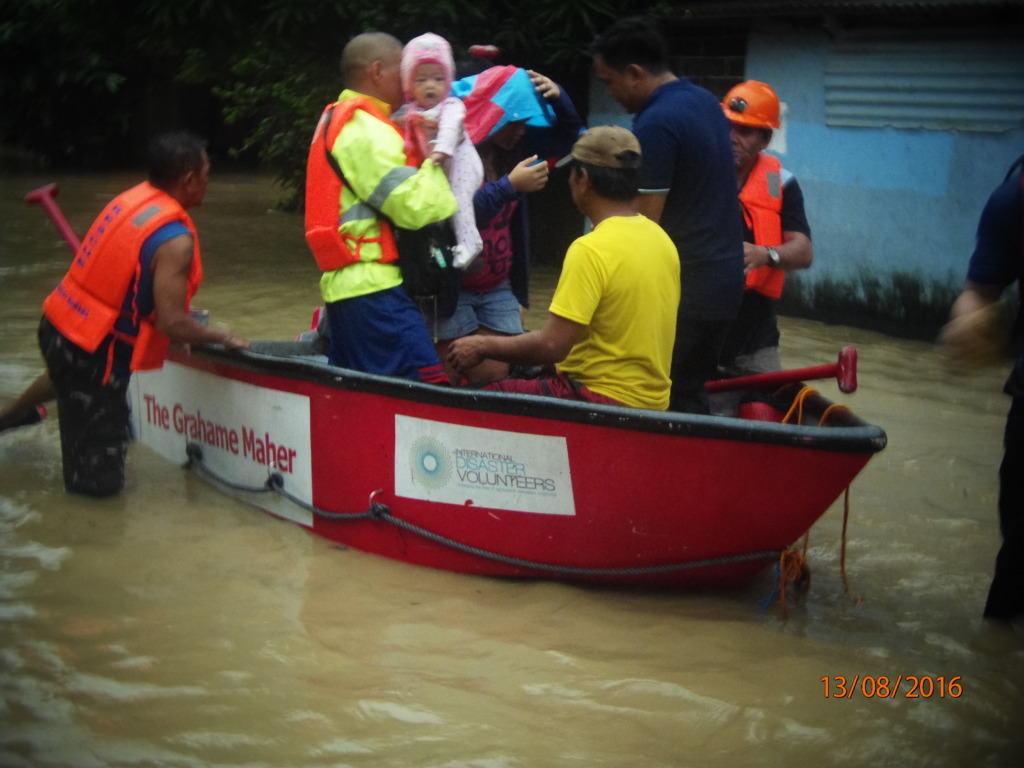 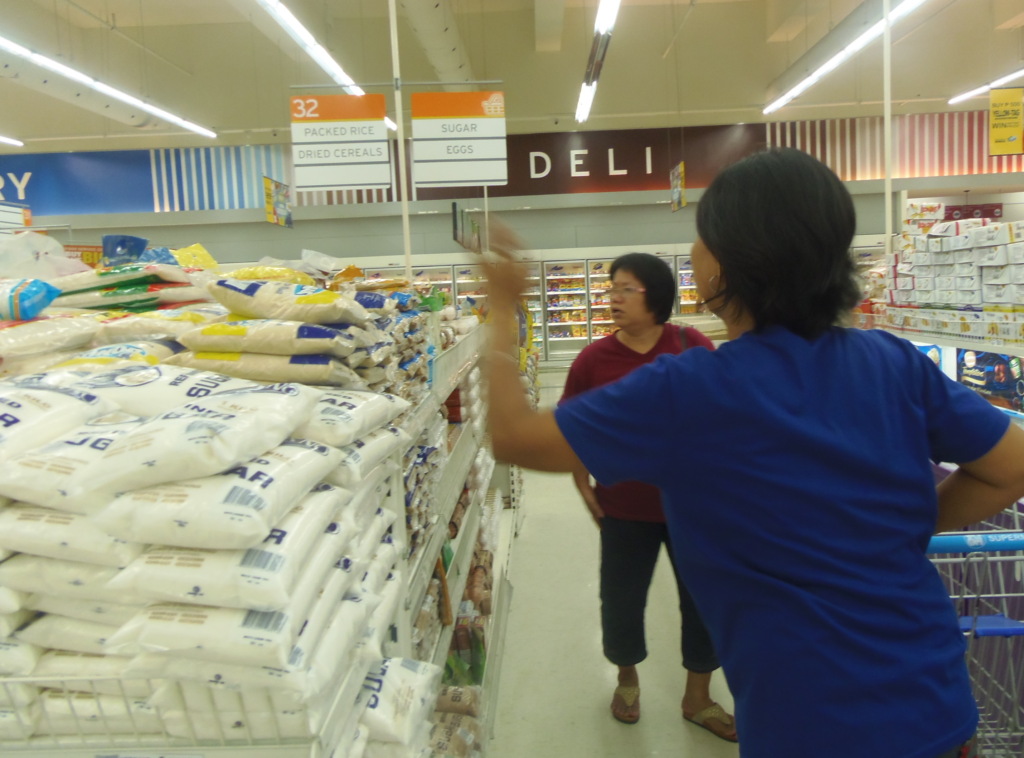 You helped us stockpile food before the floods 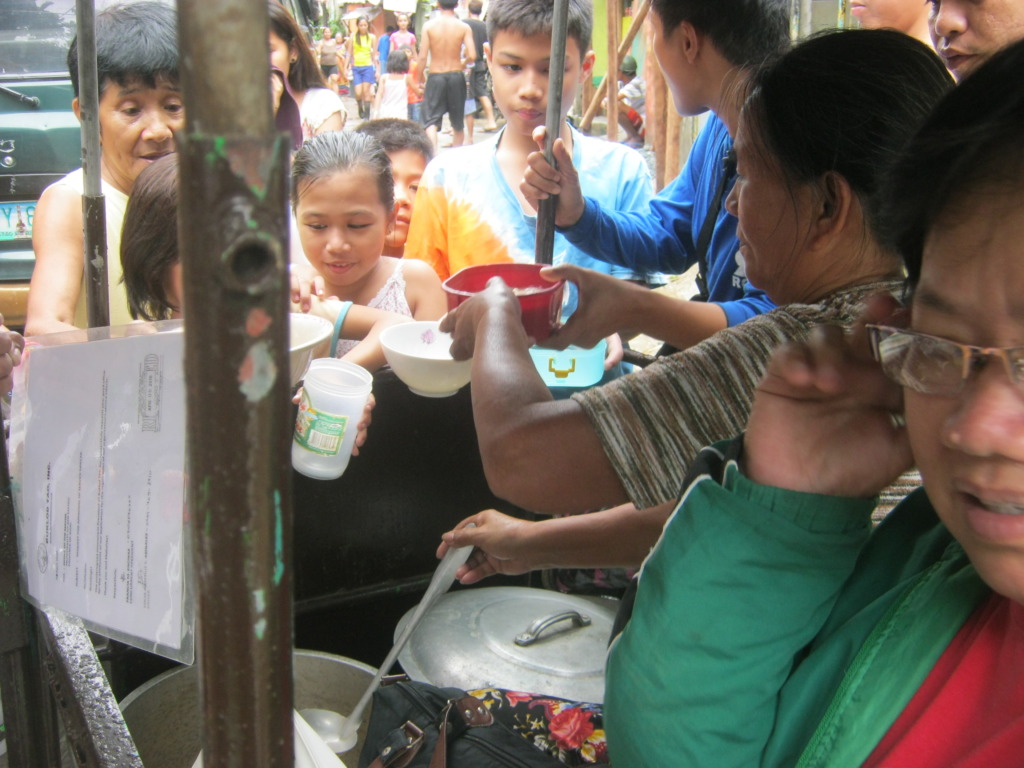 So we could quickly feed people during disaster

Project Leader:
Andy Chaggar
Bristol, Somerset United Kingdom
$8,553 raised of $16,000 goal
You last donated to this project on
166 donations
$7,447 to go
* Amounts in US Dollars
Donate Now
Donate once
Donate monthly
$10
USD
Buys an evacuee a sleeping mat, pillows and sheets
›
$21
USD
Provides a family with a private cubicle in an evacuation centre
›
$130
USD
Helps provide sanitation facilities in an evacuation centre
›
$250
USD
Buys a set of high powered "walki-talkies"
›