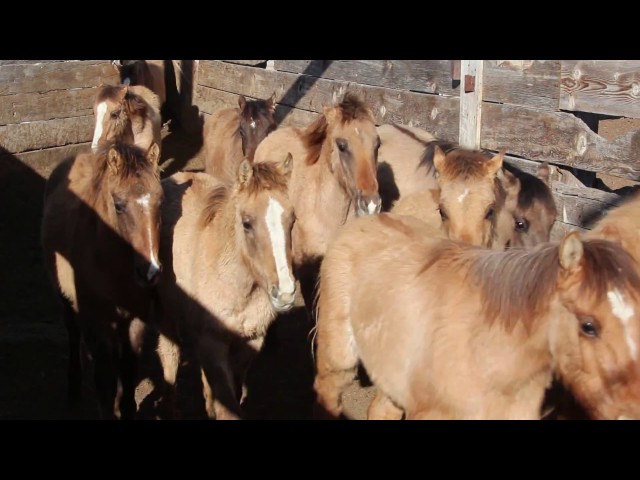 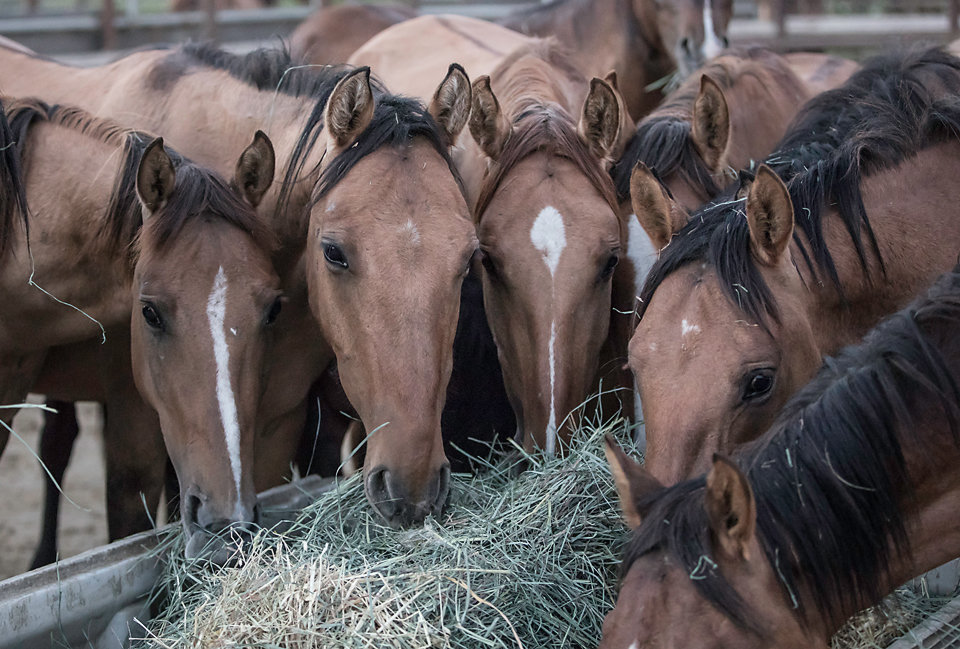 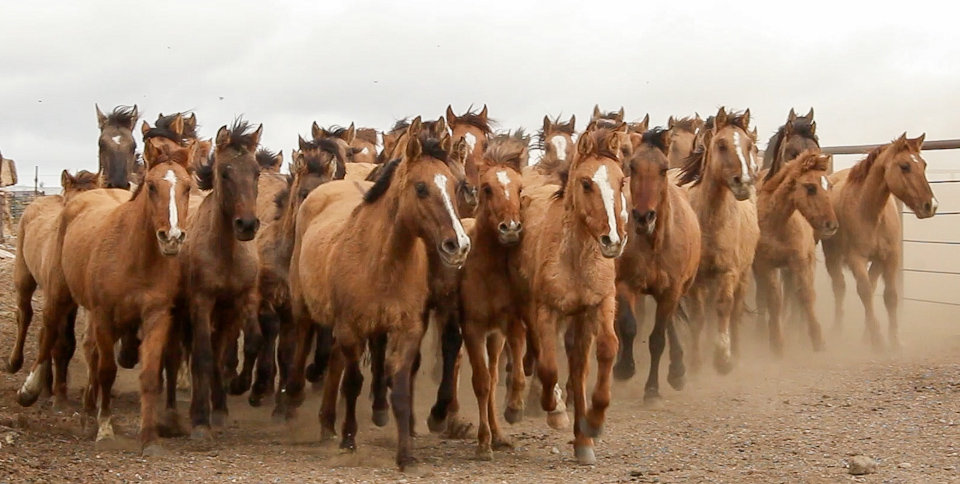 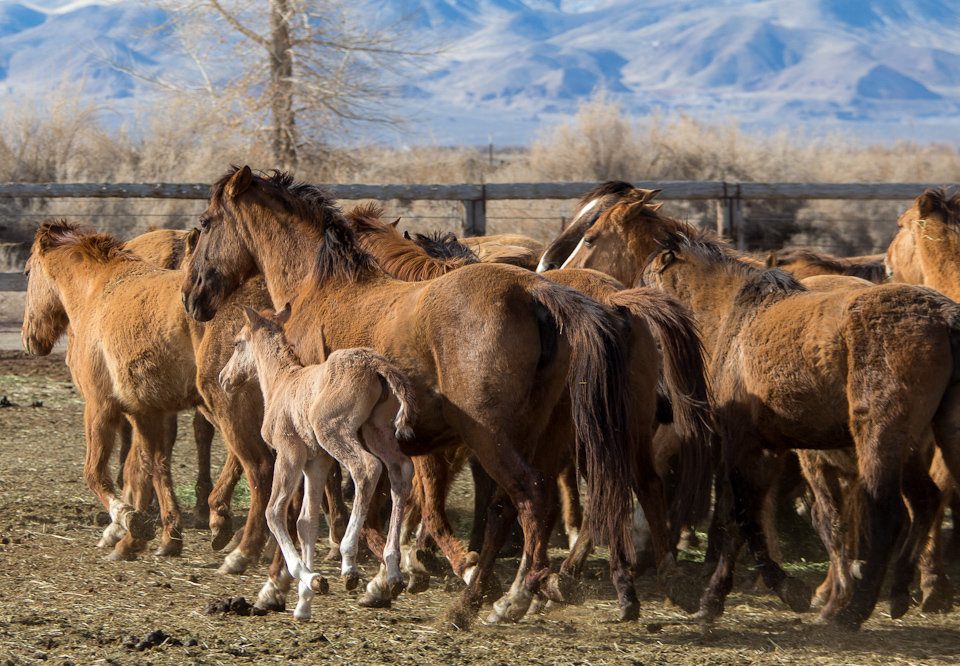 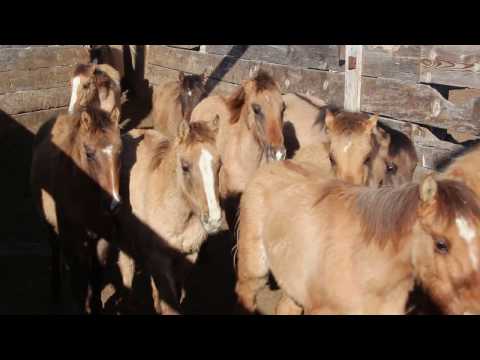 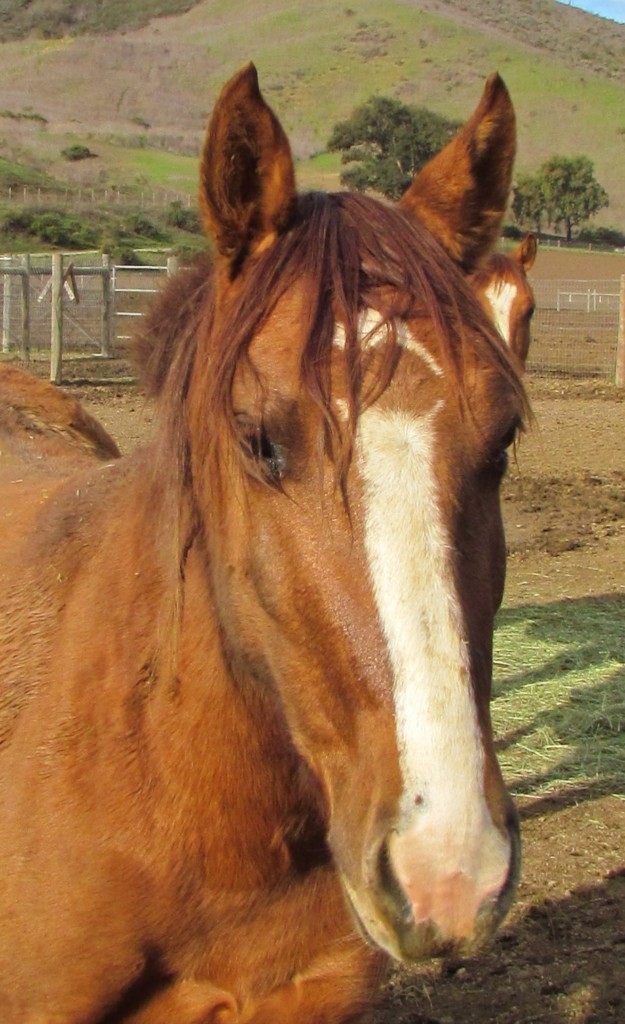 Life is Good for the Gila Herd...

Ever since Return to Freedom rescued 112 members of the Gila herd in 2017 from a troubled living situation, it has been an adventure for these beautiful horses. They have travelled as needed for space and care between spacious boarding ranches and RTF Headquarters, and some finally traveled to the sanctuary in South Dakota which had agreed to home them when they were first rescued.

RTF currently has members of the Gila herd in two locations. At RTF's Lompoc Headquarters, there are currently a total of 11 Gilas—one gelding, two mares and eight stallions. Several younger Gila studs are being gentled and trained to allow handling for their necessary husbandry and medical/farrier care. The older studs just get to hang out and... well, be studs!

In addition, we have a very spunky Gila mare, Aragon, in the barn named who is refining her hoof trimming skills as well as providing company and friendship for another mare who injured herself several months ago, and is in the final stages of healing.

Finally, there is a gelding, Watcher, and Isabella, a mare, who is integrated with a larger band. They tend to be the high-energy instigators of playtime out in one of RTF's front pastures.

Meanwhile, at our satellite up north, Ranch Manager Jason's work never ends. He faithfully cares for 63 Gilas there. Among his recent projects were re-diking roughly 80 acres to improve flood irrigation while constantly rotating horses to new dry land pasture.

Thank you for beng an important  part of the Gila Herd's story—without the help of many caring people like you, they would never have had this new chance for a happy life. All of the Gilas, including those who have moved on to South Dakota, will always be a part of RTF's heart. 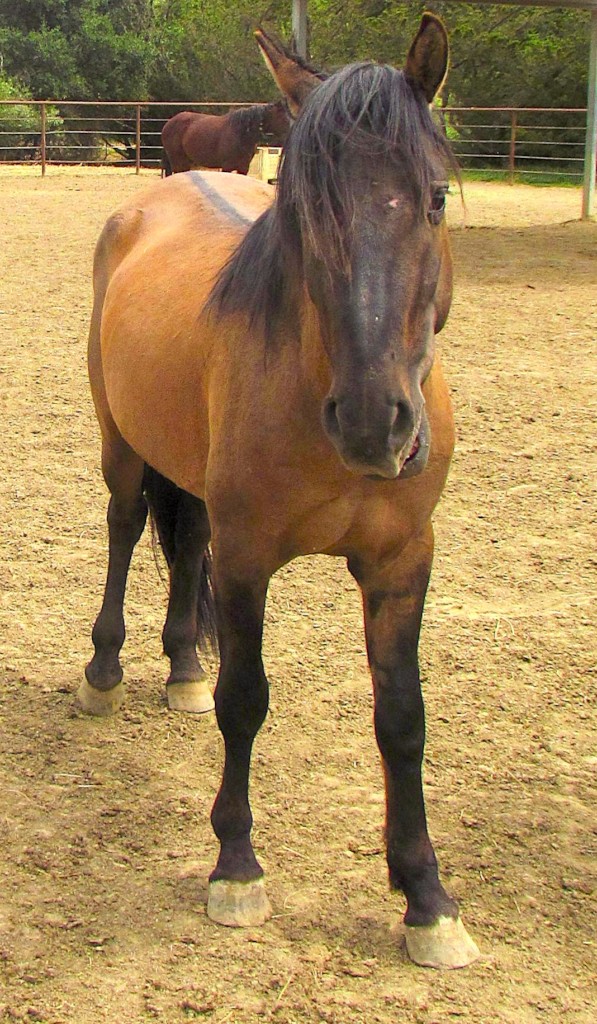 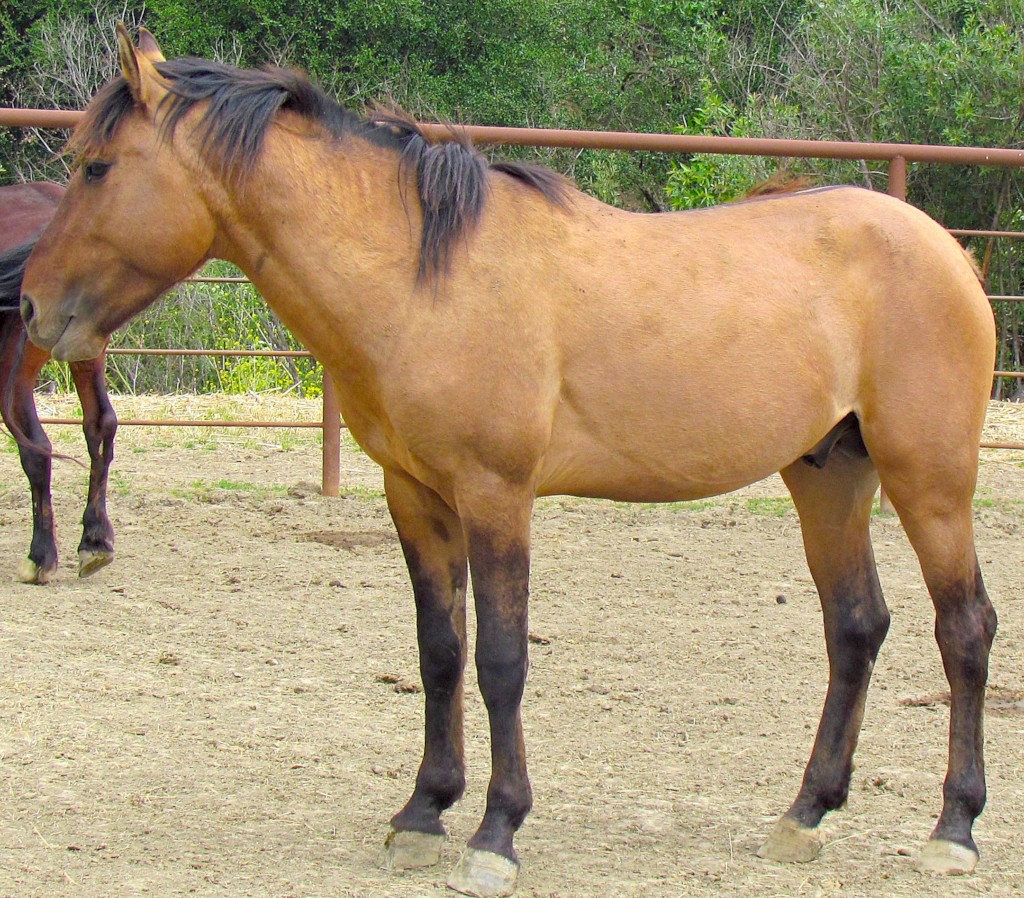 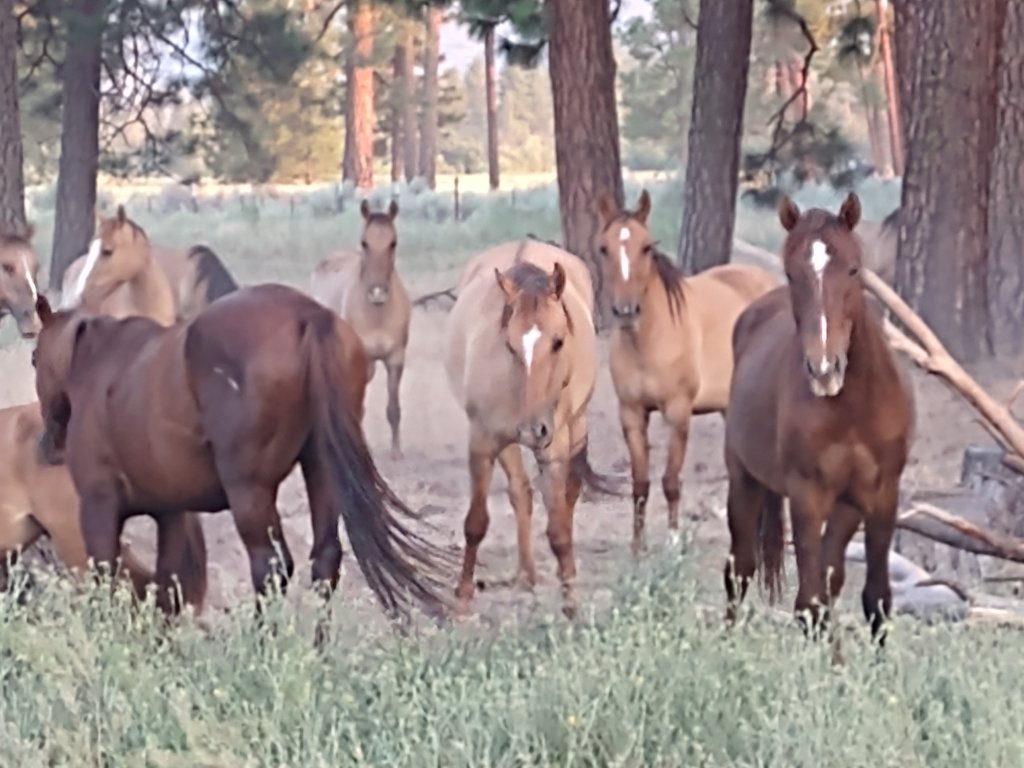