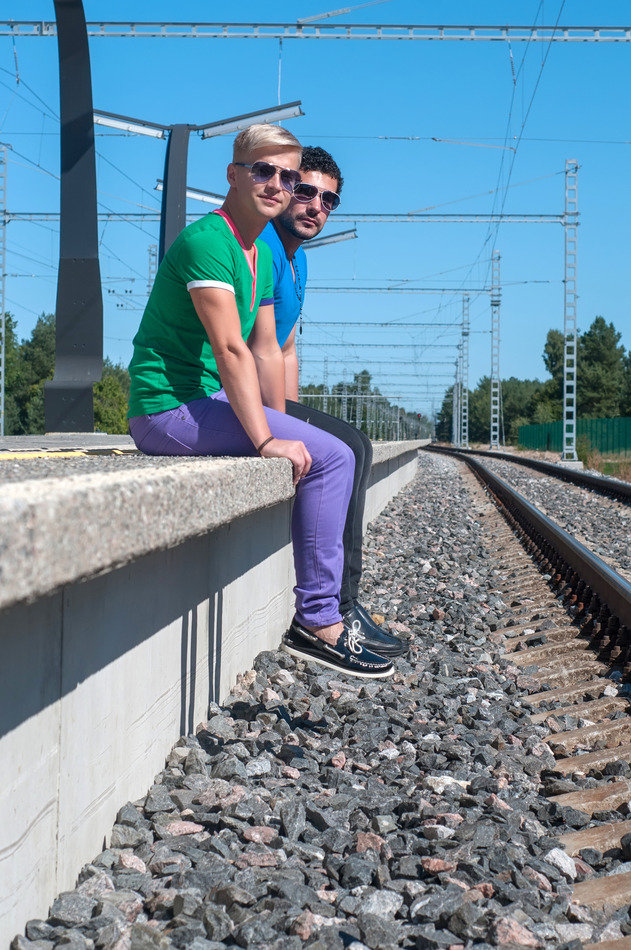 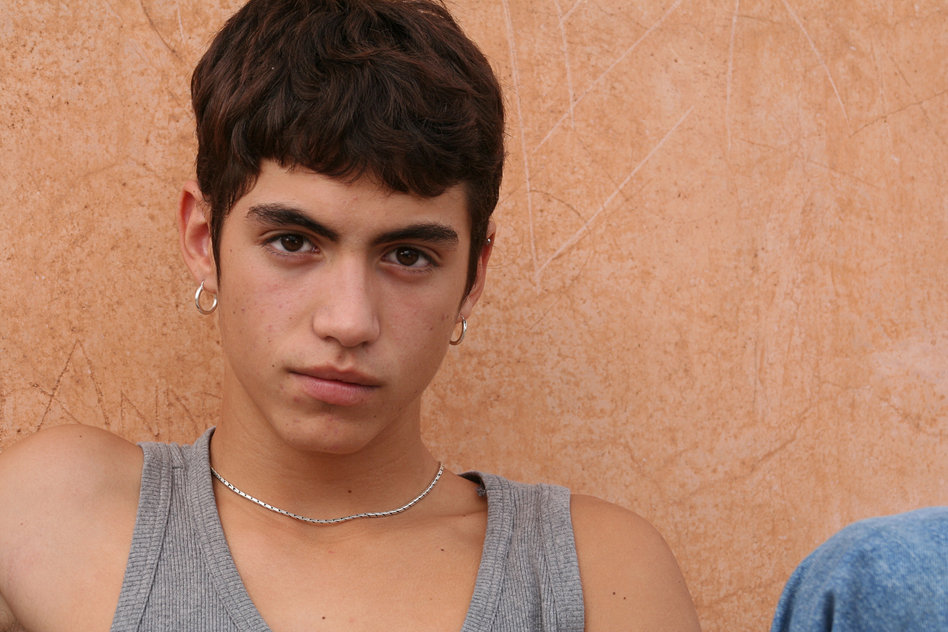 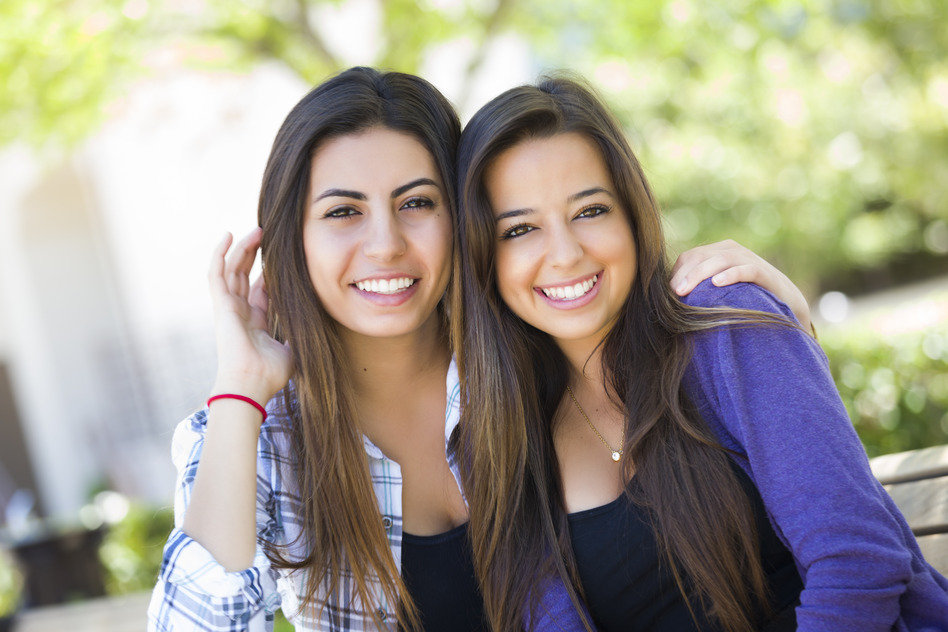 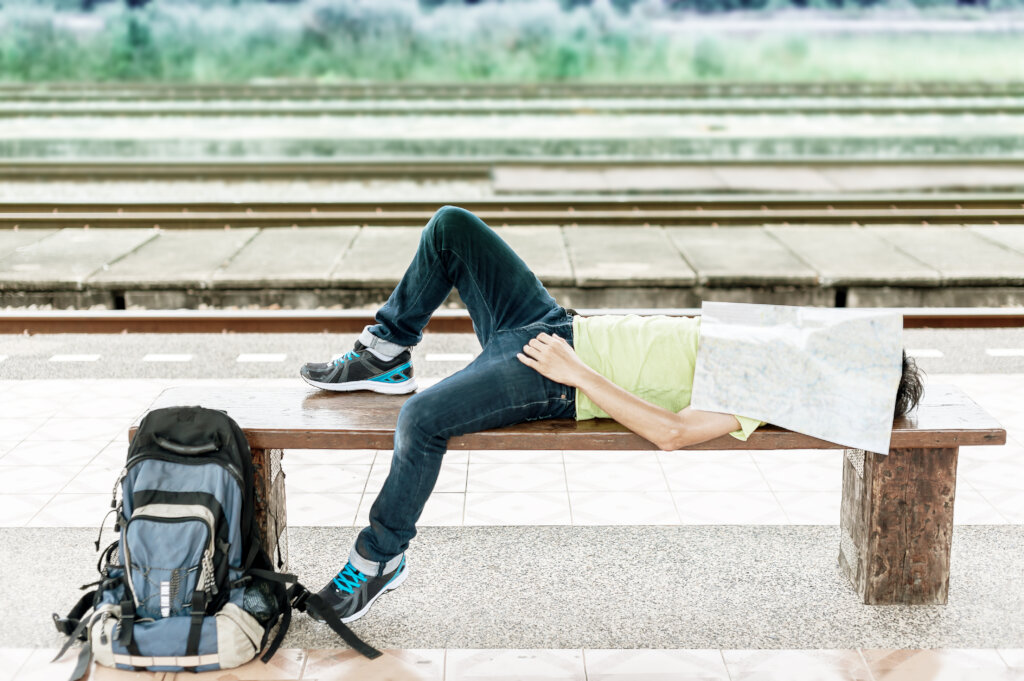 Cameron was so excited when covid restrictions began to lift and he could finally go on a long awaited trip for three months overseas.

He was travelling alone but stayed in LGBTQ friendly hostels, and made many friends from around the world during his journey.

Unfortunately, not everyone has good intentions. One evening, after a long day of exploring, Cameron was asleep when a man attempting to rape him suddenly waked him up. He was able to get out a scream and another resident at the hostile heard and came to see what had happened. Unfortunately, not before Cameron sustained multiple physical injuries. The assailant fled after pushing the other resident to the ground.

Cameron emailed our crisis email to understand what his options were for law enforcement, medical, and more. He kept repeating he felt alone, ashamed and scared. He was not even sure he wanted to continue his trip. Like most victims, his first reaction was to get back home as soon as possible to the USA. We know that having someone to listen and guide a victim through complicated systems of a foreign country can make a huge difference as they overcome trauma, physical, mental and emotional.

You make it possible for us to help LGBTQ victims like Cameron. Thank you for believing in our mission.

*In these reports, we may change the name of the victim and may use a photo that is a likeness, but not the actual photo of the victim, for safety purposes. 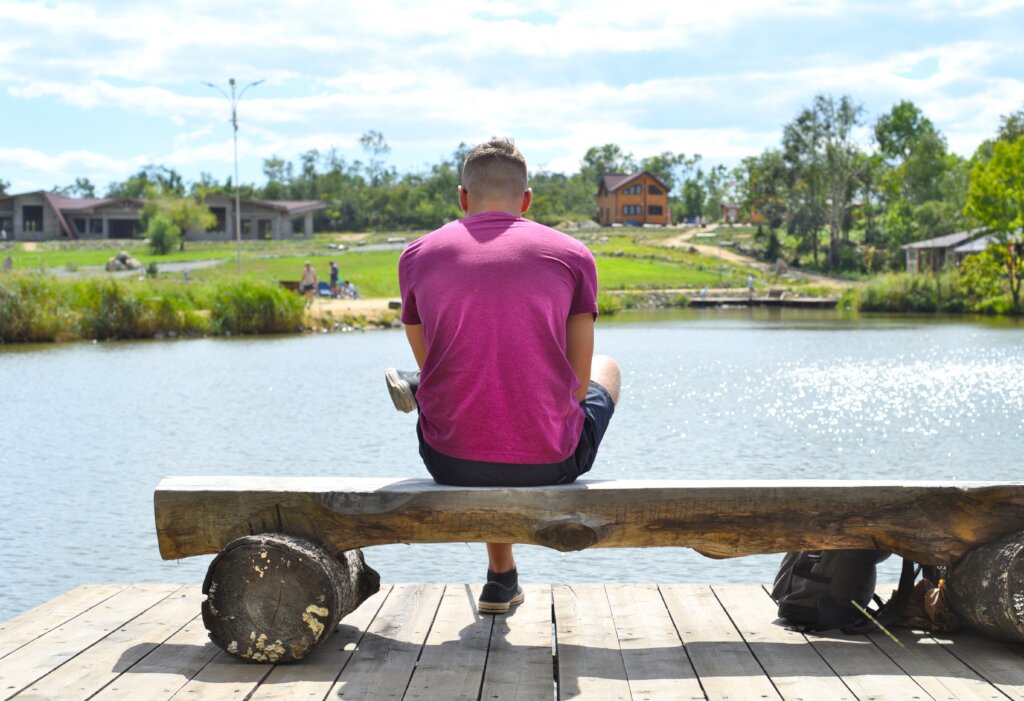 Josh has been living abroad with his boyfriend for over two years. They both worked from home during the pandemic and his boyfriend started drinking and becoming abusive. At first his boyfriend blamed it on them working and living in the same apartment and spending all of their time together.

But as restrictions have lifted and they are working hybrid, part time at home and part time at their jobs, nothing has changed.

Josh is afraid of his partner. He wants to be loved and cherished but he feels used and discarded. Our crisis email advocate helped Josh work through his feelings and options as he decided what to do next.

Josh did leave the relationship, went home to the US for a couple of months and worked remotely, then went back abroad. Unfortunately his now x-partner is stalking and threatening him. We helped Josh understand what resources were available to him as an LGBTQ identified person in the foreign country. 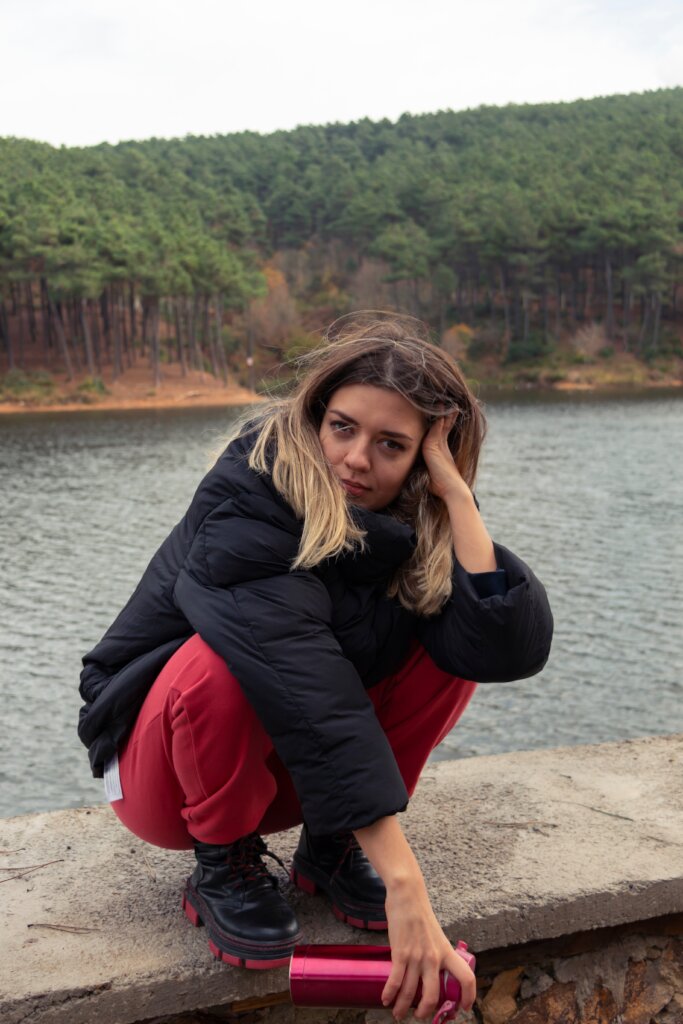 Abbie loves working abroad as a digital nomad. She has met people from all over the world.

She met a man who was also a digital nomad and they became friends. She made it clear to him she identified as LGBTQ. They would meet once a week or so for coffee to discuss their various travels. When he offered to come to her home the next day to pick her up to go for a trip up to the mountains she agreed.

It was a lovely day and they found a nice place for a picnic. As they were packing up to leave, he began trying to hug and kiss her. When Abbie resisted he became even more forceful. He was much stronger and much bigger than Abbie. She fought him off the best she could but he overpowered her. Abbie was terrified. She didn't know if he was going to kill her after he raped her. He drove her back home in silence.

When Abbie contacted us she was still in shock. Our advocate Kate was able to provide information about LGBTQ resources in her area, her options for law enforcement, medical response, legal resources, counseling and provided emotional support.

Abbie didn't know what she wanted to do so Kate gave her instructions on self-collection of evidence while she decided what to do next.

Abbie decided not to press charges. She felt it would be his word against hers. They had been seen together at the local cafe numerous times and no one would believe it was not consensual.

Abbie is in counseling and tells us she is slowly feeling bettter. She is grateful for our support.

Without your support we would not be able to provide critical services to LGBTQ identified victims.

Thank you for believing in our mission!

Thank You For Helping LGBTQ+ Victims Of Violence! 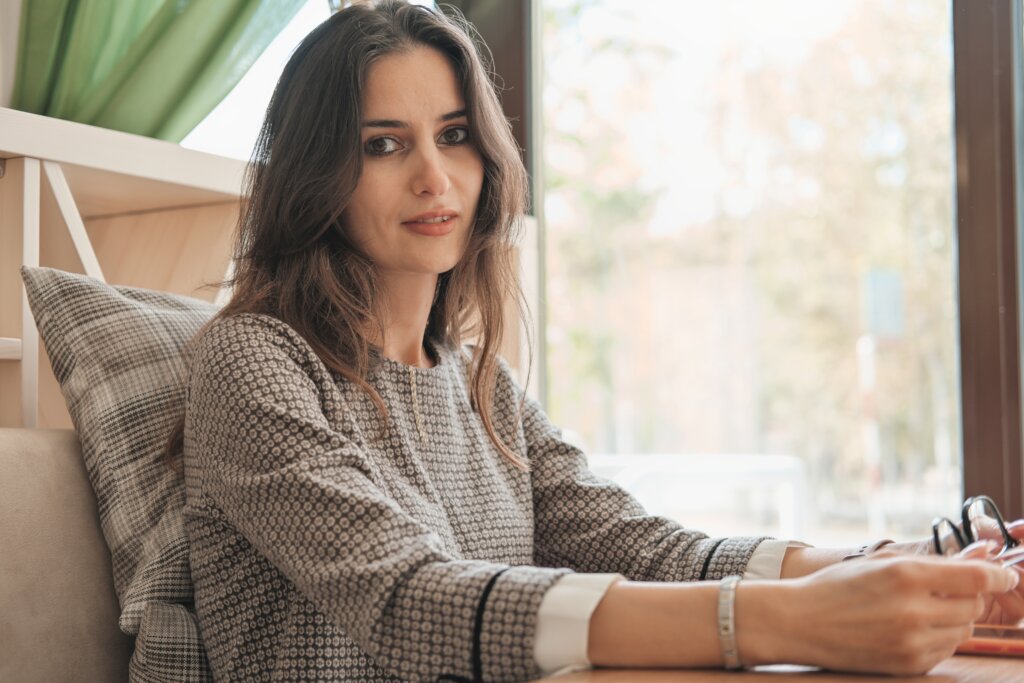 Without a doubt, the past two years have been challenging for all of us. The pandemic has changed the way we work, how we live, kept us in isolation and often plunged us into financial hardship.

With international travel restrictions, study abroad programs suspended and stay at home orders, we have seen less LGBTQ sexual assault victims needing assistance than average in 2020 and 2021. Because of donations like yours, we are still able to provide dedicated support to the LGBTQ victims who do reach out to us in their time of need.

We expect 2022 to be the opposite. A surge of Americans sexually assaulted abroad is unfortunately a reality as international travel resumes. Sexual predators that have been isolated and have not had the opportunity to seek out victims will be ready, seeking out their next victim.

As always, Pathways will be available to assist to the best of our ability.

Thank you and we wish you and your families happiness, health and prosperity as we enter a New Year. 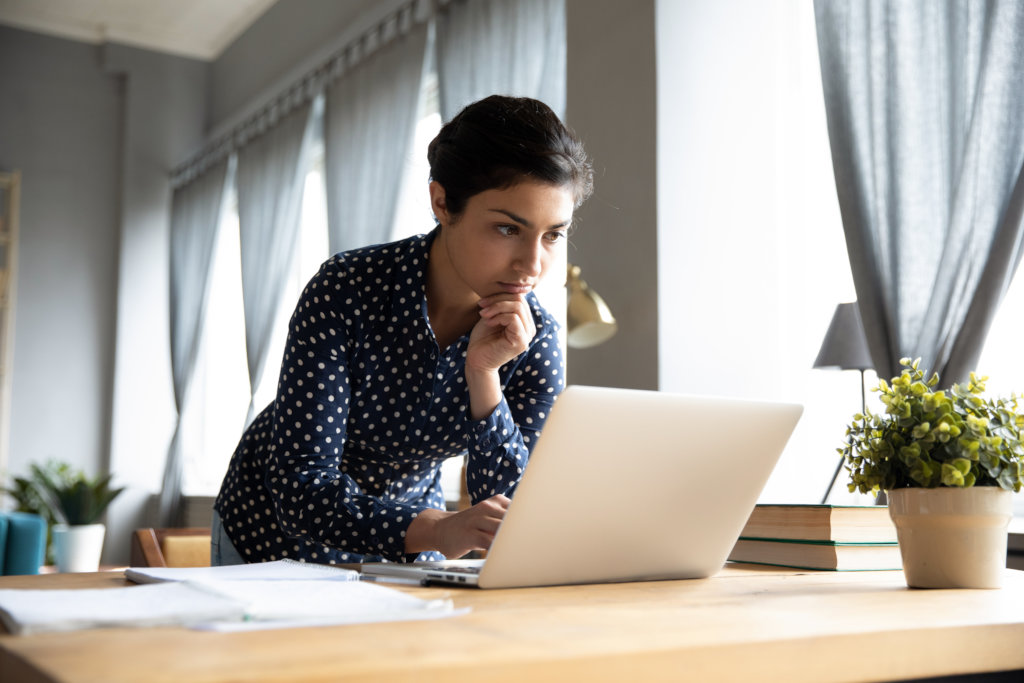 Lyla was working abroad when the pandemic began. Her employer requested she stay and work from her apartment in the city. Lyla was happy living in Germany. She had made some good friends and loved her job.

Lyla took evening walks to help offset the isolation. One evening after a walk she stopped by the store before she returned to her apartment. She got in the elevator with her bag of groceries. As the doors were closing a man suddenly bolted inside at the last minute. He nodded at her politely but something about him made her nervous.

She got out of the elevator on her floor and the man also got out, offering to help her with her bag of groceries. The man became agitated when Lyla declined and he started insulting her. Lyla quickly knocked on a neighbor's door but no one answered. The man grabbed Lyla and began to attack her. Luckily another neighbor heard Lyla scream and opened their door. The man ran.

Lyla was very scared and upset about the attack She believed the man may have targeted her for being a lesbian as he was spewing homophobic slurs at her during the attack.

A Pathways advocate was able to work with Lyla for several weeks offering emotional support, resources and connected her with a counselor.

Because of your donations we were able to provide critical support to Lyla during her crisis. Lyla has let us know she is doing much better because of our help. Thank you!

GlobalGiving
Guarantee
Donate https://www.globalgiving.org/dy/cart/view/gg.html?cmd=addItem&projid=21333&rf=microdata&frequency=ONCE&amount=25
Please Note
WARNING: Javascript is currently disabled or is not available in your browser. GlobalGiving makes extensive use of Javascript and will not function properly with Javascript disabled. Please enable Javascript and refresh this page.