Fetije's first month at school - thanks to you

Six year-old Fetije has just started school. It's been a big month for her, as for many children across the world, embarking on new stages of education. But Fetije is a real rarity in her community - 96% of Kosovo's Roma, Ashkali and Egyptians have not completed compulsory education, so she is setting out to do something truly extraordinary. She says she's determined to see her schooling through to the end - because she wants to be a teacher when she grows up.

Her father, Haki, agrees. 'Without education you're nothing,' he says. His wife only managed four years of school but they are both determined that their girls will have more.

'The problem,' says Haki, 'is money.' He is unemployed and dependent on casual labour - his last job was unloading lorries, which usually earns 10 euro for a day's work; precious little to keep a family of six. 'You can have good dreams but... there's a problem without money.'

Luckily, his two daughters old enough for school have been able to benefit from the support of The Ideas Partnership. Both of them attended the free kindergarten we set up last year, and Haki says with pride that they knew all their letters before they started at primary school this month. Being at our kindergarten also meant that our mediator was able to ensure they registered on time for primary school. They also attend our Saturday academic support activities to ensure they succeed at school. The girls' confidence is unmistakeable. 'What do you get from coming to our centre?' I ask them, and Fetije is quite clear about the benefits.

'Friends,' she grins. 'And knowing my letters.'

'And boots' adds her father, referring to the footwear we distibute to children in need.

Fetije says she's happy at her new school and talks proudly about her teacher and her new classmates, including friends who are both Albanian and from her own Roma, Ashkali and Egyptian community; her presence in the schoolroom is a step forward not only for her but for a more integrated future for all Kosovo's citizens.

Fetije and her sister Elmedina are two of the 45 first graders we registered at school this year. Thanks to your support it's a higher number than we've ever before registered, in the five years we've been battling to get the members of the girls' community into education. It's the beginning of something huge - for the two of them, and for all those around them. Thank you for launching these young learners on their adventure - with friends, the letters of the alphabet, and with boots. 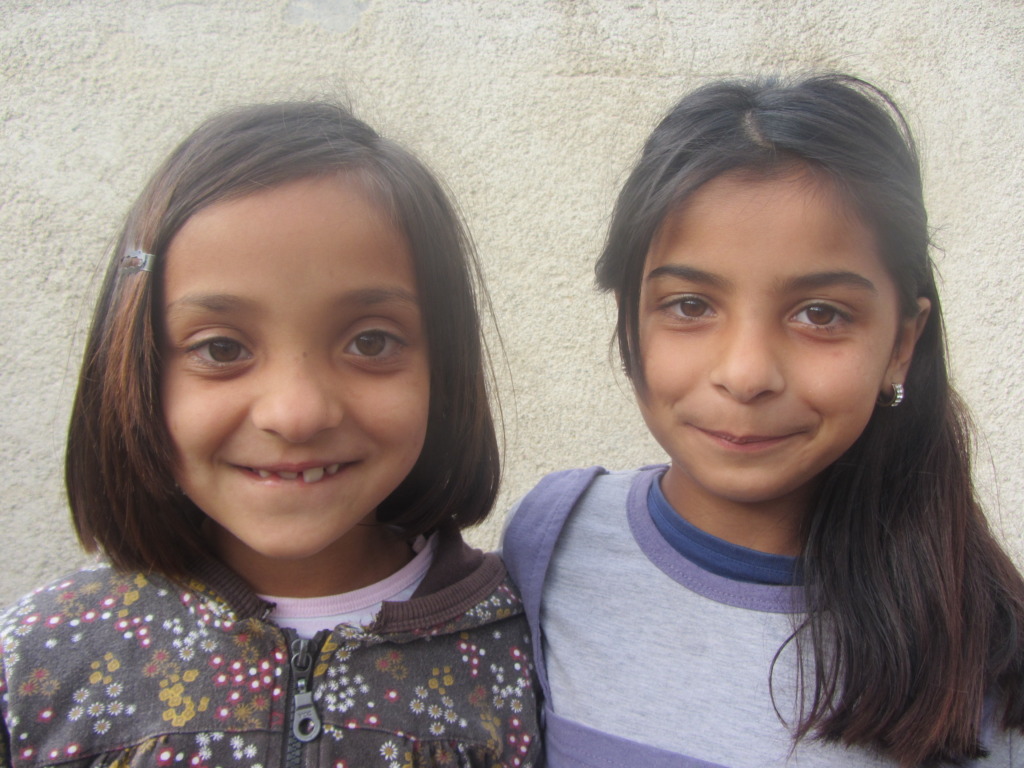 Fetije and her sister Elmedina, both now at school

The 35 Kosovan kids you got into school this month 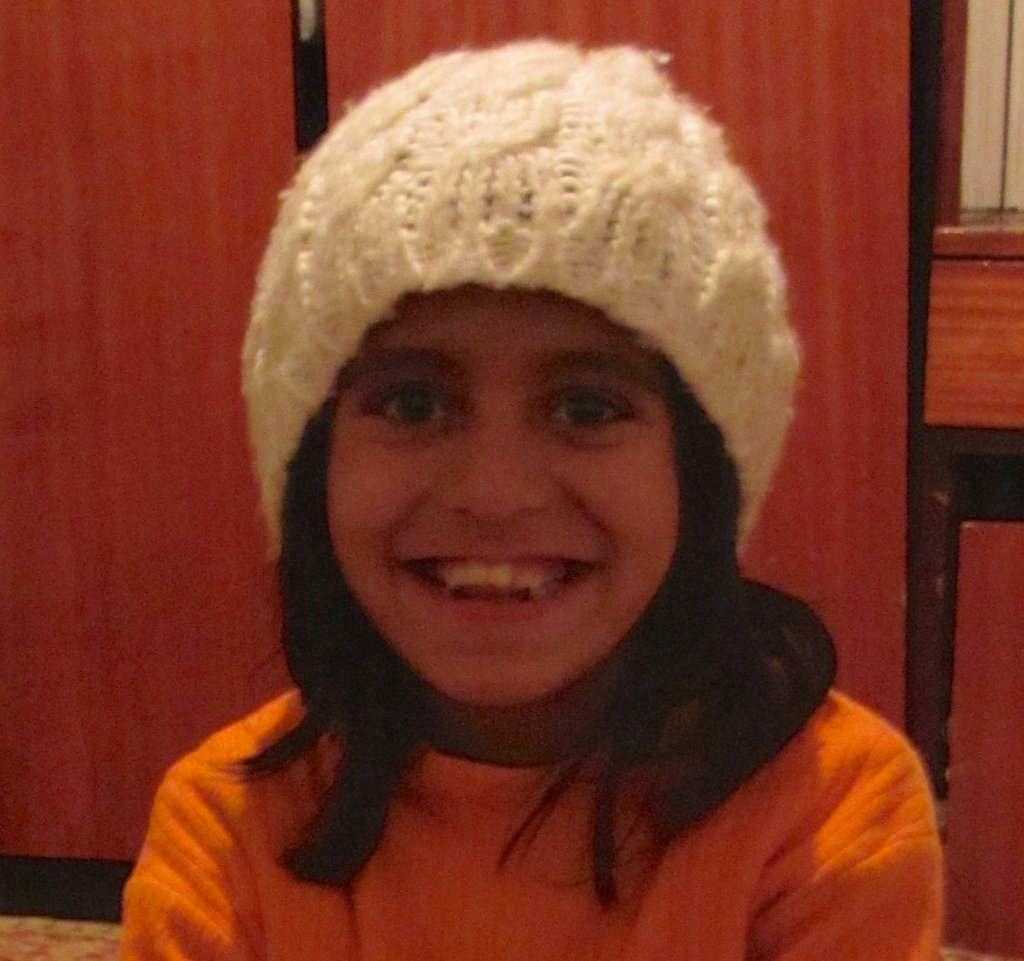 It was the closing ceremony of the weekly academic support activities held on Saturdays at our learning centre in Fushe Kosove. 120 children had attended that day and each volunteer who'd taught the classes was sharing their nominations for a child who'd made a particular achievement to get a round of applause.  One name kept recurring. Kadire... Kadire... Kadire...

Kadire is an 11 year-old girl from the Ashkali community in Fushe Kosove. She's lively and giggly and bright. She lives with her brothers and sister, her father who is a rubbish-picker like most of the dads in this part of Fushe Kosove, and a determined mother who says she wants to make sure all her children are educated. Kadire's younger brother suffered brain damage as an infant and their mother is fierce in ensuring he gets the help and medication he needs. She says she wants Kadire to go to school too, and Kadire's success at our Saturday sessions suggests that she'd do well... but Kadire has been out of school since October.

Hysni, the community mediator who is supported through your donations, has been lobbying tirelessly for over six months for children like Kadire to get their right to an education. He's attended meetings with the municipality, with other NGOs and with representatives of the Ministry for Education. The local school have said that Kadire and more than thirty kids like her have missed too many days of school to be educated with the other children, and that Kadire could only start school by attending catch-up classes at the school first. Then they claimed they didn't have the money to run the catch-up classes.

Hysni has persisted, and last Monday his efforts were finally rewarded. The school announced they had managed to organise the catch-up classes and Kadire, and 34 other children from her community set off on their route to school. Their enthusiasm does not seem to have been dimmed by the seven-month wait, and thanks to the volunteers who've run Saturday classes for them (and thanks to you, whose donations have covered the transport costs of these volunteers) the children are ready to show all they know in the classroom. Hysni says 'we worked on this for a long time, but when I saw those children on their way to school this month I knew it was worth it. This is what my community needs.'

A round of applause for Kadire, for Hysni, and for you for making this happen. 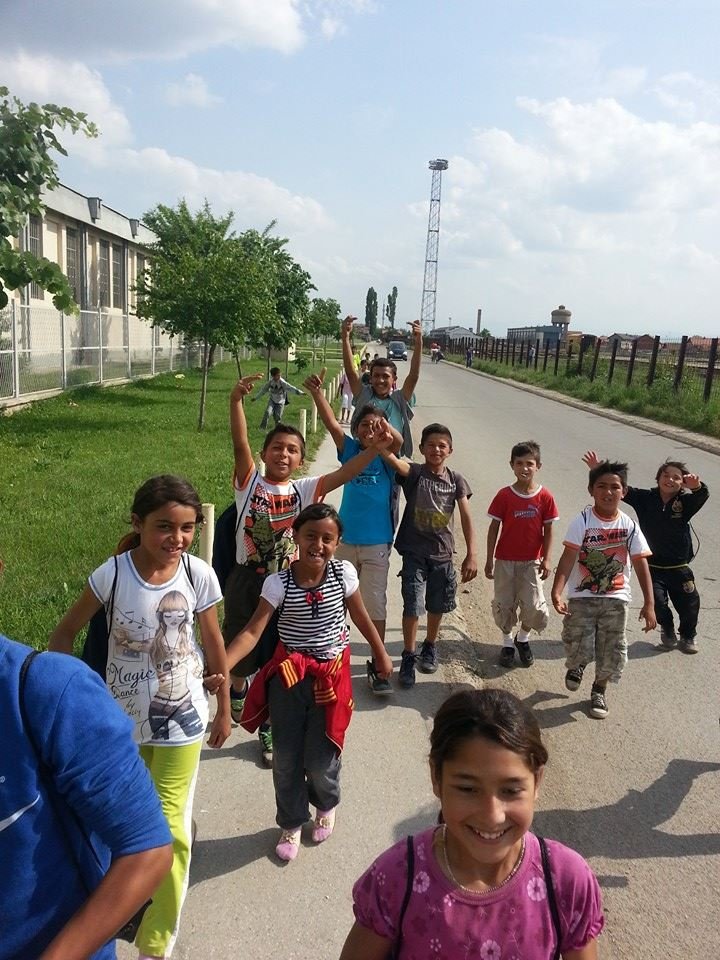 Kadire & 34 other children on their way to school

The boys you got back to school 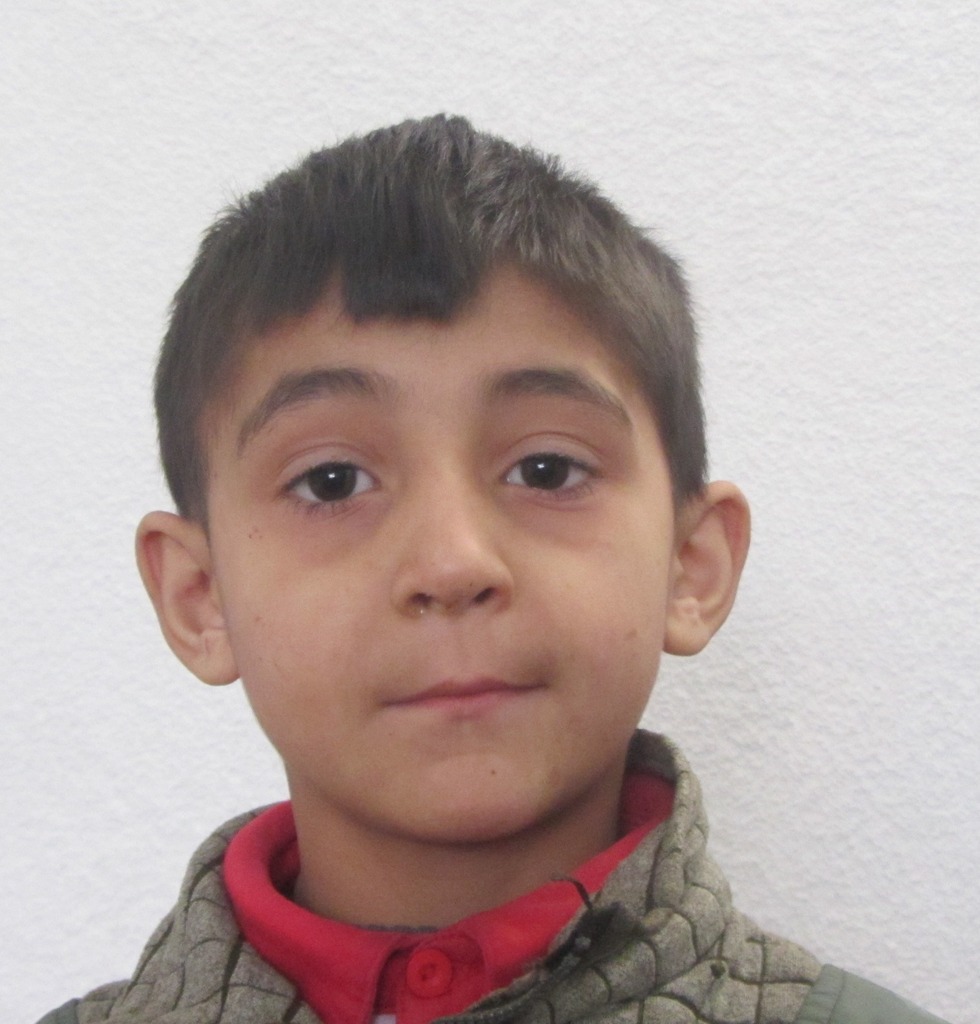 Benjamin is a shy, serious 6 year-old from the community your donation is supporting in Kosovo. We registered him for first grade in September and during the first months at school he was attending school regularly, along with his brother Allmir in third grade. But on one of the weekly home visits made by our mediator, Hysni, we learned that the boys had stopped going to school. The reason was one Hysni had heard from other families during the cold, dark months of December and January following a tragedy in the boys’ community of Fushe Kosove. A seven year-old boy who lives near Benjamin had been attacked by stray dogs while he was out in the street, and was killed. This terrible incident made parents in Fushe Kosove understandably scared of their children walking the more than 2km to school, and especially during the season of snow and ice when the roads were more dangerous and Kosovo’s street dogs more hungry and aggressive in their search for food.

Thank goodness for the kindness of people like you whose donations enabled us to start offering transport for Benjamin and his brother, along with 60 other children, during the winter months. As soon as Benjamin and Allmir were offered a safe route to school they were back in the classroom.

Why do you want to go to school? I asked the boys when they came to our centre this week. ‘To learn to write. If you can’t write you’ve got no chance at all of a job,’ says Allmir wisely. Benjamin echoes his older brother softly, ‘no job,’ he says, shaking his head. They know what it means to grow up with no qualifications – their older brother has no way to earn money other than going through the garbage looking for recyclable scrap. But Allmir knows that’s not what he wants when he grows up, ‘I’m going to be a policeman,’ he says. Next to him Benjamin murmurs quietly ‘I want to be a policeman too.’

Your donation enabled us to employ Hysni to check up on the children we’ve registered for school and to solve problems before they put an end to these boys’ dreams of a future. Two future Fushe Kosove police officers say thank you! 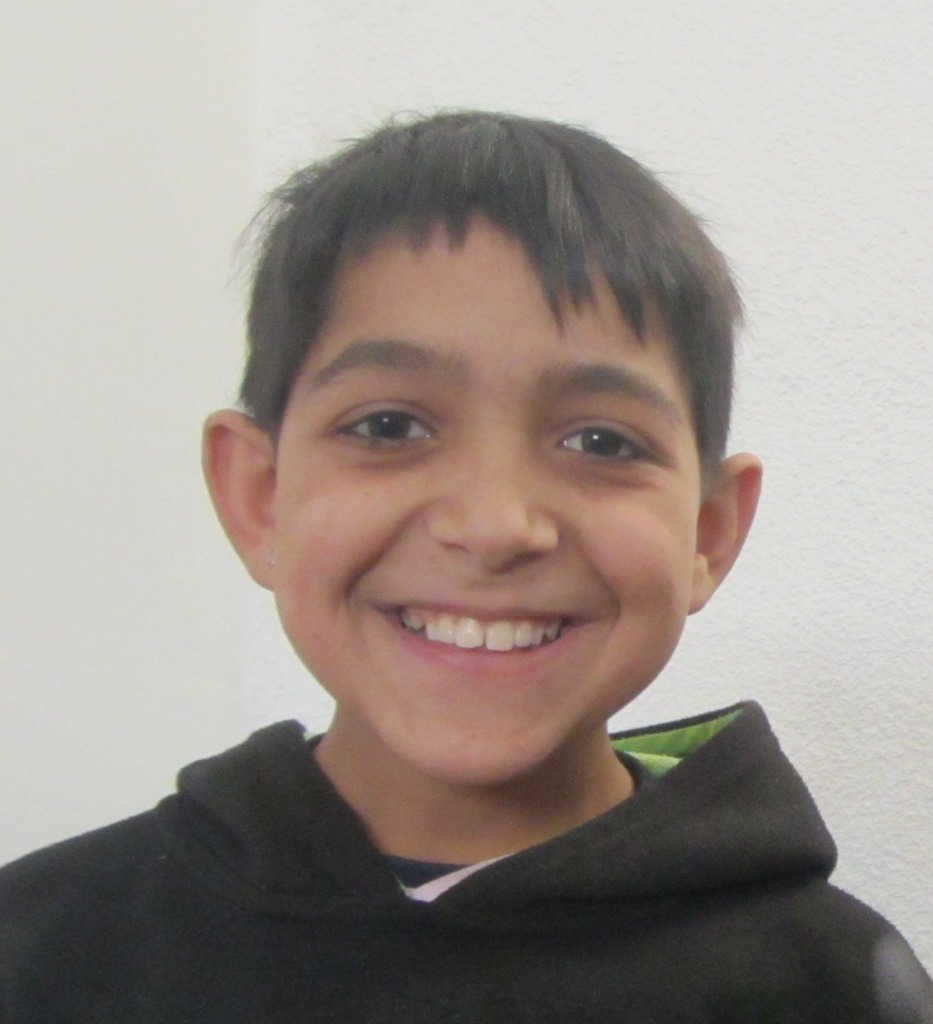 Project Leader:
elizabeth gowing
Prishtina, Kosovo
$47,012 raised of $49,000 goal
You last donated to this project on
933 donations
$1,988 to go
* Amounts in US Dollars
Donate Now
Donate once
Donate monthly
$10
USD
buys a family pack of nit combs and headlice shampoo to enable children to go back to school after an infestation
›
$18
USD
covers the transport for teacher volunteers teacher to travel to weekly academic support classes for 100 children
›
$20
USD
healthy snacks during the extracurricular classes at our educational centre
›
$25
USD
equips a child with a school bag, books and stationery for the year
›
$50
USD
pays the cost of a bus to take one child to school throughout the darkest, iciest winter months of the year
›