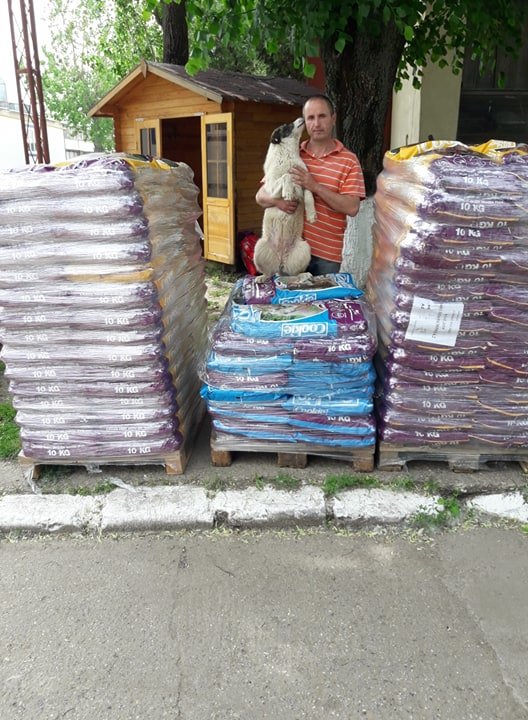 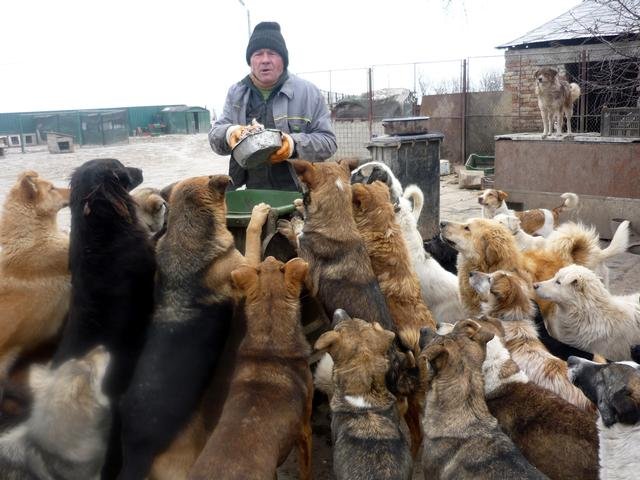 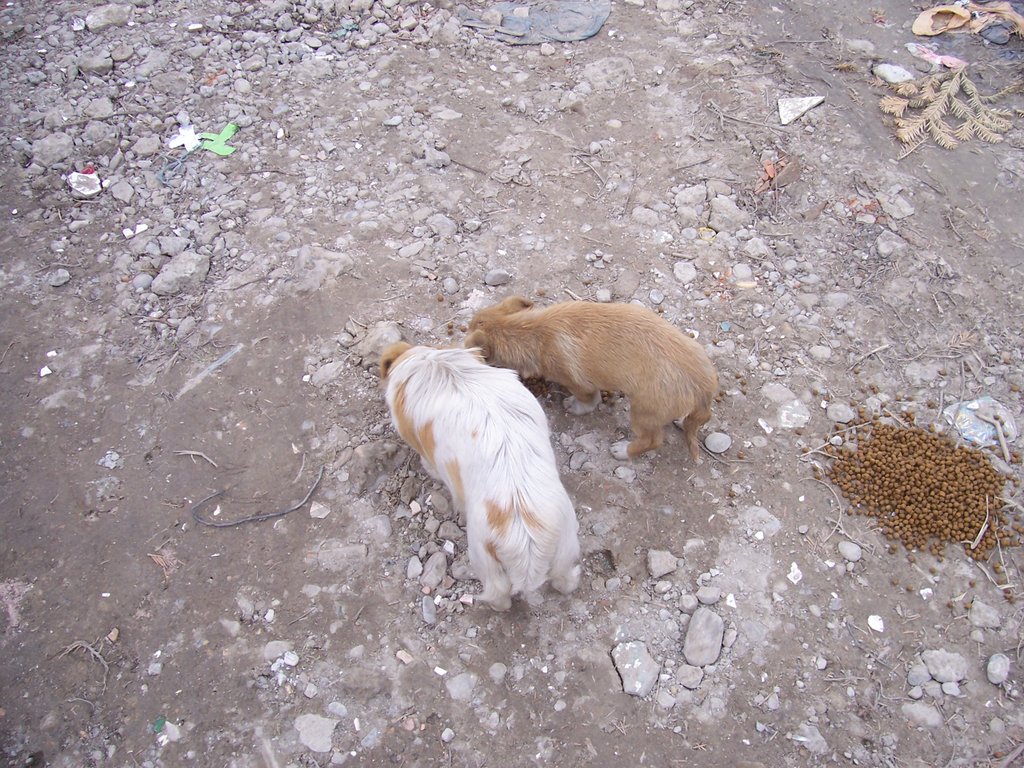 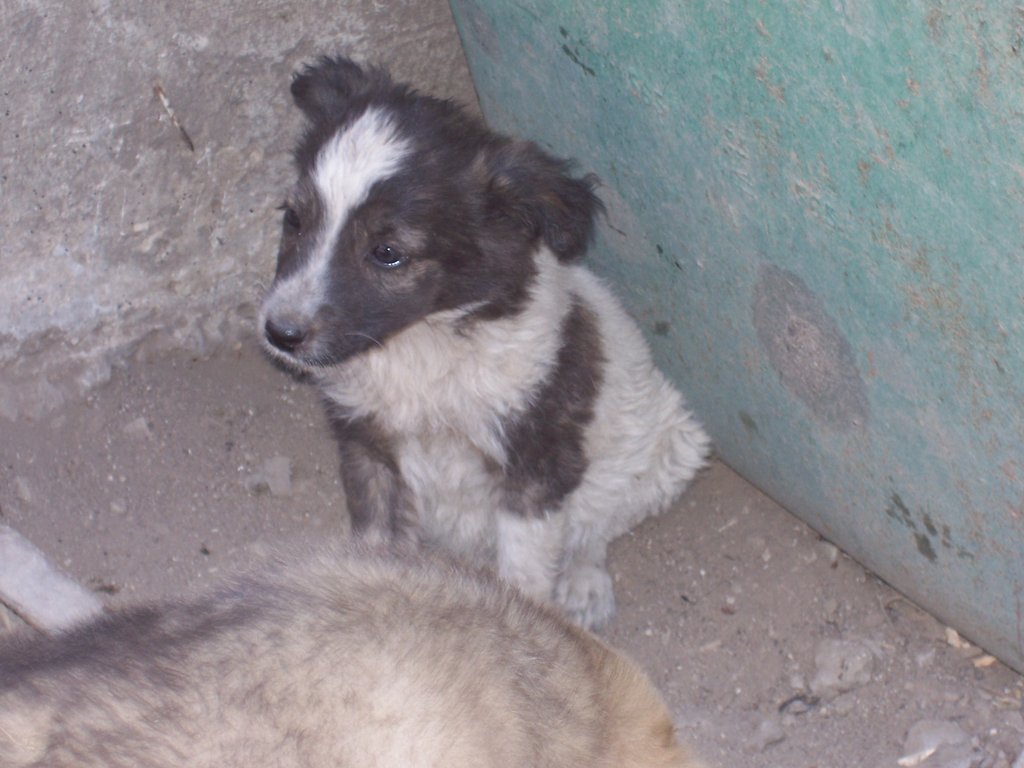 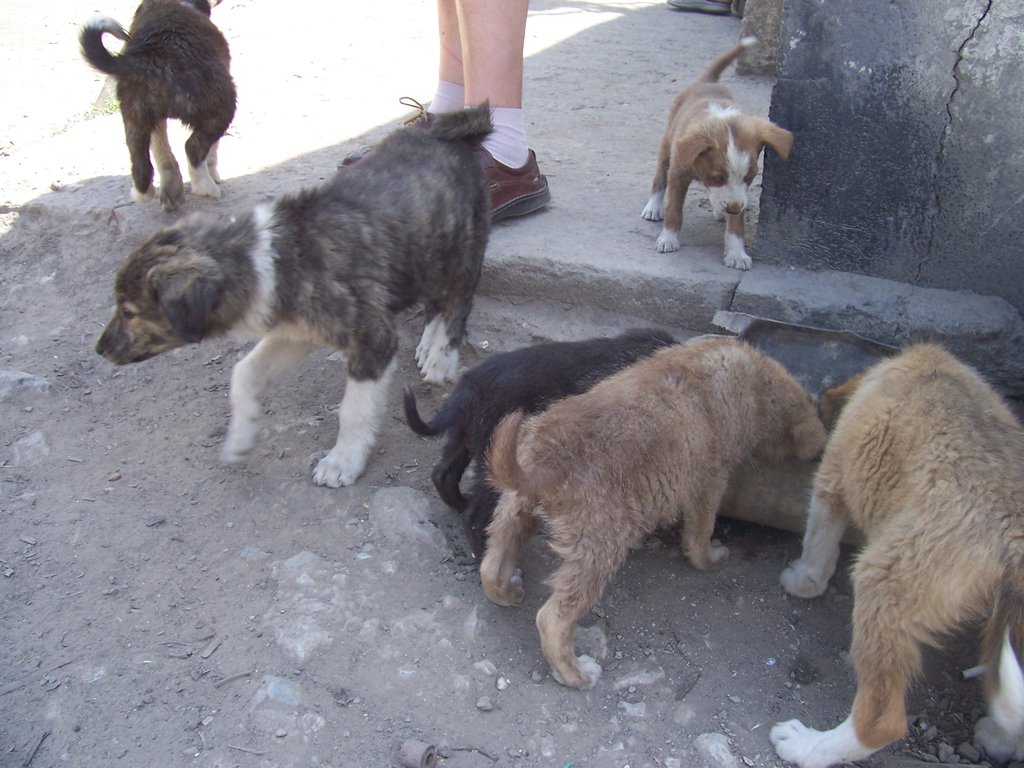 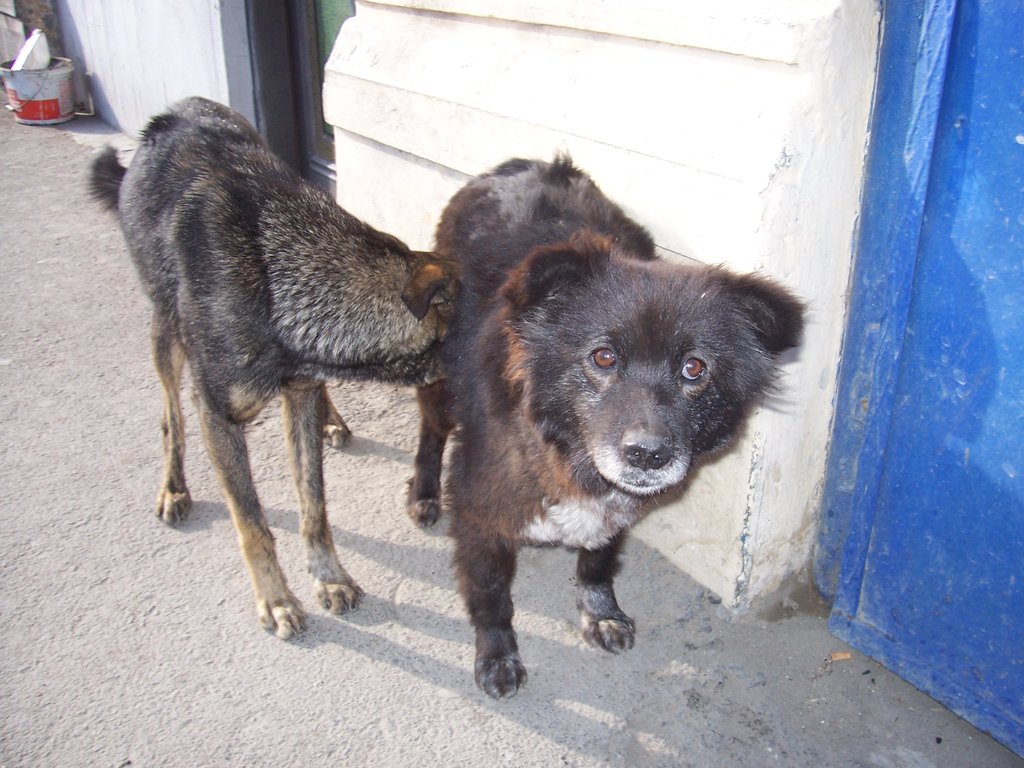 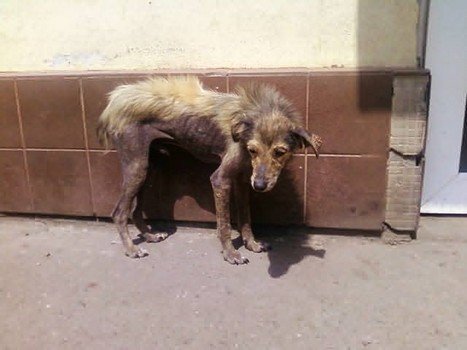 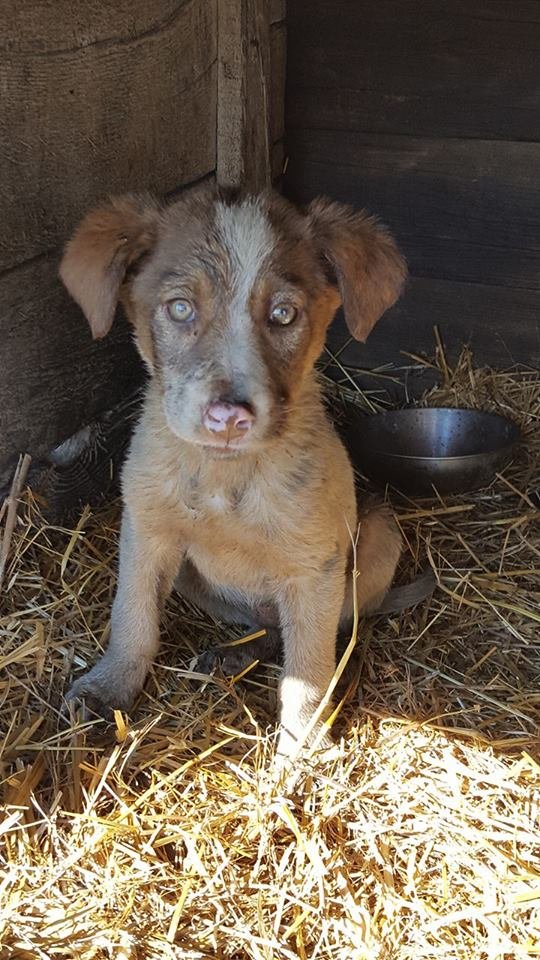 Anda Popescu is a veterinary technician for Romania Animal Rescue.   She also runs Happy Paws shelter in Moreni, Romania.  Happy Paws takes in many unwanted animals and provides them with food, water and love.  We support Happy Paws with your donations of food for these animals.   They also socialize dogs and send them for adoption.  Here is the story of one of their recent arrivals.  Meet Ellie:  By Anda Popescu

Ellie is about 3 months old; she doesn’t remember much of her short life, just that one day she opened her eyes to this chaotic world, where big scary things moved around her and her tummy hurt all the time. She doesn’t remember her mother, just her warm belly, but once she was gone, there was nothing warm about the world Ellie was left in.

Ellie was scared all the time, scared and so hungry... she could pick out yummy smells in the air, but when she tried to get close to them, scary things happened; she learned that food is there, but not for unwanted puppies such as her.

Ellie doesn’t know what love is; love is for those who are born wanted, but she was an accident. People didn’t mean for her to be born, it was her mother’s fault, so both Ellie and her mother were punished to be forever hungry and unsafe. She doesn’t remember if she has any siblings, but she is now alone and she wondered the cold, wet streets alone for a long time...longer than Ellie can remember.

Ellie knows people can hurt her; small humans used to throw her around and kick her, so she would scream and amuse them. She tried to get away, but she was weak and her legs didn’t help much. She then cried so hard, hoping they would see she is just a small person, just like them, but they didn’t see it. Her tiny heart raced like crazy and she thought it would burst out of her chest with fear...they finally got bored and left her in a muddy puddle; she wasn’t amusing anymore.

Ellie can’t talk, but if she could, her words would probably break our hearts; so she keeps to herself, because dogs can endure much more than people can without complaining. She sleeps a lot, finally feeling safe in this new place she ended up, called a “dog shelter”. Scary people move around her, so she hides in her dog house, but they bring food and fresh water and talk gently to her. Ellie doesn’t know what love is...but she will learn. 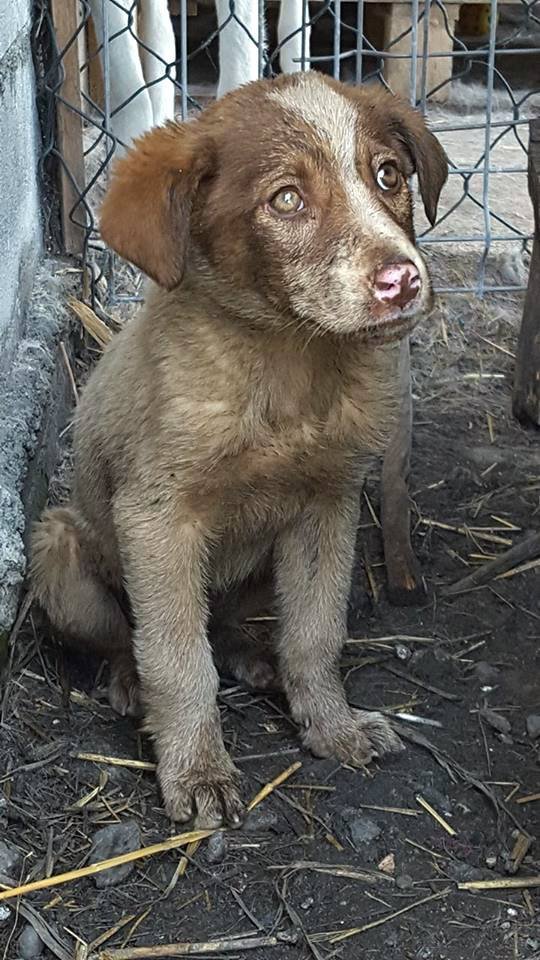 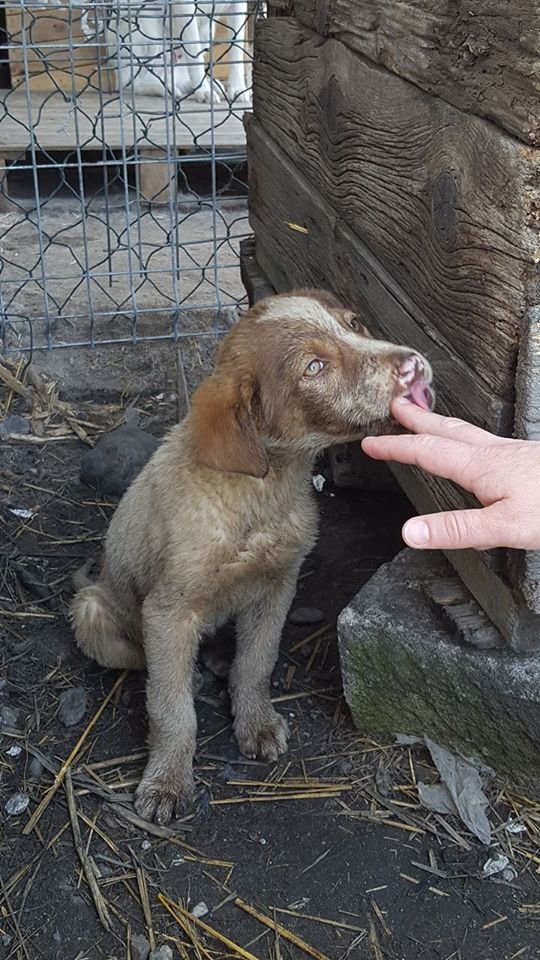 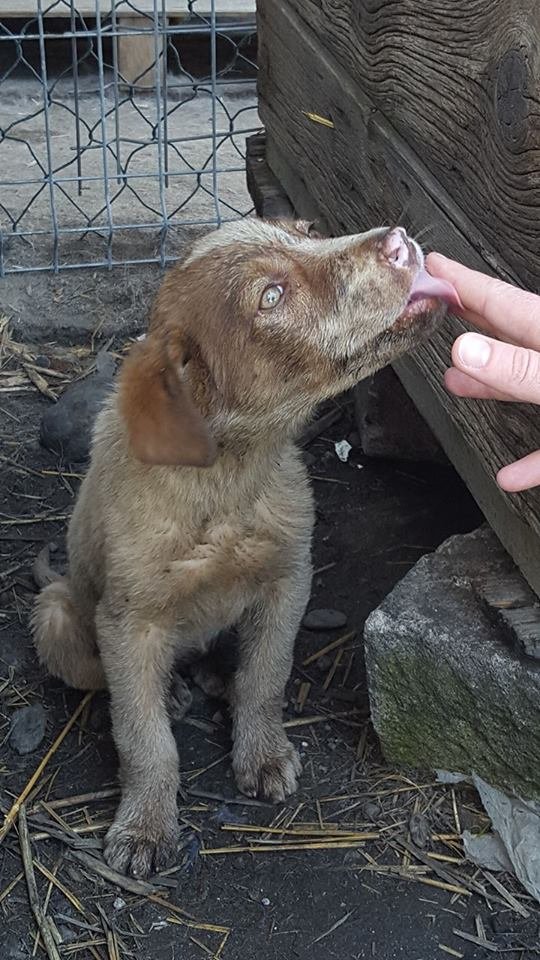 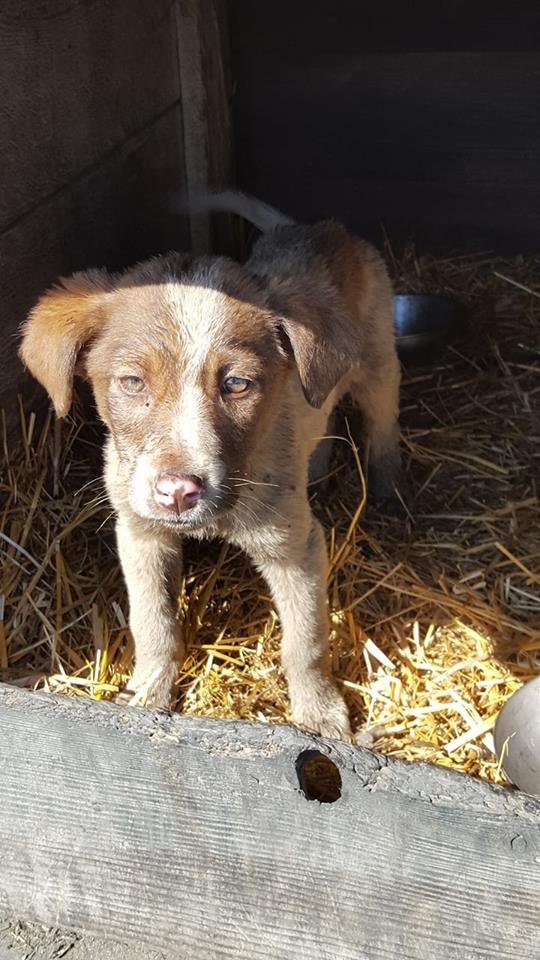 Donating through GlobalGiving is safe, secure, and easy with many payment options to choose from. View other ways to donate
Romania Animal Rescue, Inc. has earned this recognition on GlobalGiving:

GlobalGiving
Guarantee
Donate https://www.globalgiving.org/dy/cart/view/gg.html?cmd=addItem&projid=12862&rf=microdata&frequency=ONCE&amount=25
Please Note
WARNING: Javascript is currently disabled or is not available in your browser. GlobalGiving makes extensive use of Javascript and will not function properly with Javascript disabled. Please enable Javascript and refresh this page.