Prevent Trafficking in Women thru Entrepreneurship

by HERA (Her Economic Rights and Autonomy) 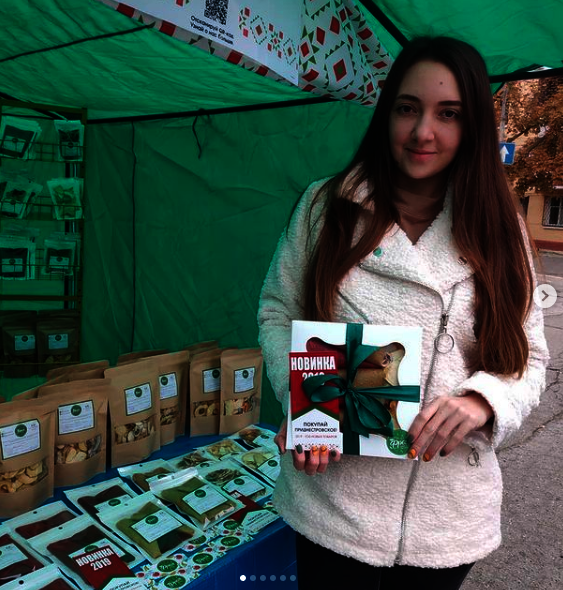 The economic and social consequences of the pandemic have been disproportionately challenging for young women throughout the world. Many face double and triple burdens of looking after children and the elderly while working from home to produce needed goods and services.

During a Special COVID Competition last spring, the HERA teams learned how young women entrepreneurs in Armenia, Georgia, Moldova, and Ukraine have devised creative strategies to keep families, ventures, employees and communities afloat during lockdowns.  Such strategies included selling online, providing home deliveries, changing products and services (e.g., mask and protective equipment), and developing new lines and businesses to address market demands generated by the pandemic.  HERA’s Competition awards, ranging from 100 to 300 euros, were a small recognition of the women’s creativity and resilience. More importantly, women told us that they appreciated the HERA team reaching out beyond our own national concerns to show that we cared how this pandemic had affected them.

In June the HERA France Association launched our Annual Grants Competition.  Although the initial judging already takes place online, this year the HERA France teams also volunteered many hours to judge the finalists’ ventures virtually as well.  With basic survival issues at stake for many in Europe and the US, our funds were limited this year. Although we awarded only 30 grants (12%) out of 251 applicants across the four countries, almost 100% of our funding went directly for grants for the women’s ventures.

In Armenia, women entrepreneurs faced two pandemic waves, attendant shocks to the Armenian economy, and war with Azerbaijan. Although the Russian Government recently brokered a cease fire, Armenians are faced now with resettling an estimated 90,000 refugees. Several women entrepreneurs and family members were on the frontline during the hostilities. Many ventures, particularly in Nagorno Karabakh (Artsakh), were shut down by the bombing and mass destruction of critical infrastructure in Stepanakert and outlying communities.

Despite these circumstances, the Armenian applications constituted 137 (54%) of this year’s submissions.  With limited resources, the team could only fund 12 (9%). Looking ahead to 2021, however, the team provided awards to the two Armenian HERA volunteers, who are coordinating, mentoring and supporting many young women entrepreneurs. One of our volunteers is also actively helping resettle refugees from Nagorno Karabakh.

Among the many worthy Armenian applications this year, the team funded the Society for Orphaned Armenian Relief (SOAR), a social venture. SOAR, run by three women, provides transitional housing for young women, 18 - 25 years of age, after they leave orphanages.  SOAR currently houses five young women residents. During the day, they offer vocational training, sewing, embroidery, life skills, and day-care for many young women and their children.

The SOAR team also helps refugee children in Nagorno Karabakh and provides stipends for scholarship students in Yerevan. SOAR has received funding from charitable organizations in the US and Germany.  Because SOAR helps vulnerable young women, who are at risk of trafficking, the HERA team provided a grant for additional sewing machines and scissors for their vocational and entrepreneurship training.

Out of 20 Georgian applicants, the team funded two (10%) this year.  One is a small café/restaurant in a Kist village in Pankisi Gorge.  The Kists, a Georgian ethnic minority, originally came from Chechnya. Over the past decade, the Pankisi Gorge population has almost doubled with an influx of Kist refugees fleeing across the Chechen border. During this same period, Western governments have launched raids and/or pressured the Georgian Government to crack down on international terrorism in the region. With periodic anti-terrorist operations, the situation in Pankisi Gorge has remained quite volatile and at times dangerous for the local rural civilian population.

Diana, the young woman owner of a small café/restaurant, has been providing home deliveries to surrounding villages during the pandemic. With her family’s help, she has decided to open a bakery and employ one to two other young women.  Diana studied economics in Tbilisi and could easily find work in the city.  However, she and her husband chose to return to their village to develop their community. The HERA team provided Diana with a grant for an industrial mixer and freezer to store the dough for her new bakery operation.

On 15 November, Ms. Maia Sandu from the Action and Solidarity Party become Moldova’s first woman President. The incumbent, Mr Dodon, was openly backed by President Vladimir Putin. Ms. Sandu, 48 years of age and a former World Bank economist, favors closer ties with the European Union. Her priorities are to tackle corruption and unite the country.

This year, the HERA team awarded nine grants (29%) out of 31 submissions from Moldova. Nadeja, a HERA grantee from 2019, used her first grant to purchase a dehydrator for a dried fruit business. Starting with two dehydrator machines at the time, she now has six and has hired two women.  After losing her main sales’ outlet when coffee shops closed during the lockdown, she made up the loss by selling through drug stores which remained open, and obtained the nation’s leading drug store as a distribution point. Nadeja also opened new product lines, including dried fruit teas and gifts for holidays, religious occasions, and care packages. With the increased sales, she reported working harder than ever during lockdown.

Nadeja recently began producing nut butters and secured an interest from Transnistria’s largest supermarket chain. The supermarket needed a guarantee that she could supply large enough quantities to meet their demand. Her home machine was not sufficient and she will also need to hire at least one more women. Nadeja observed, “at the moment I sell from 50-70 cans per week. In order to sell more, I need to increase production capacity. Now we are working on a professional blender, but it has very low performance. If I can get this grant, then after completing all the documents for nut and peanut butter, I will be able to offer my products to a large supermarket chain in our republic.”  HERA awarded her a grant for a commercial nut blender.

In Ukraine, the HERA team funded seven (11%) of 63 applicants and provided a mentoring award for our local coordinator.  Iryna, one of the grantees, runs a children’s business school in Cherkasy.  Parents pay monthly tuition, which allowed Iryna to continue paying salaries to five teachers (aged 22 to 30 years old) and two trainers, paid by the hour, during the lockdown. Her school has a classroom in a shared space in the city centre.

Although Iryna struggled to keep the school going last spring, during the summer she organised a camp that was in high demand. By moving some classes online, she has been able to keep the school at 90% capacity this autumn.  Iryna needed a laptop to install a CRM programme for program administration. With the laptop she also plans to hire an administrator.  HERA awarded her a grant towards the laptop.

Through interviews with entrepreneurs in the four countries, the HERA volunteers heard firsthand how young women and their communities have been affected by the pandemic.  The economic downturns are creating conditions that even now are leading to dangerous migration and trafficking.  Armenia in particular has faced both political conflict and economic instability with the potential to spread to other Eastern European countries.  Despite these uncertainties, young women are continuing to operate impressive ventures and generate new employment.   A woman leader, who has vowed to tackle corruption, has become Moldova’s first woman President.

In 2021 we hope to support even more women entrepreneurs to help rebuild hard hit economies and to visit their ventures once again.  We thank all our contributors, who have made these grants possible. Our entire team wishes all the best for you, your families, and communities during this season and in the year ahead.

HERA (Her Economic Rights and Autonomy)

Donating through GlobalGiving is safe, secure, and easy with many payment options to choose from. View other ways to donate
HERA (Her Economic Rights and Autonomy) has earned this recognition on GlobalGiving:

GlobalGiving
Guarantee
Donate https://www.globalgiving.org/dy/cart/view/gg.html?cmd=addItem&projid=8992&rf=microdata&frequency=ONCE&amount=25
Please Note
WARNING: Javascript is currently disabled or is not available in your browser. GlobalGiving makes extensive use of Javascript and will not function properly with Javascript disabled. Please enable Javascript and refresh this page.