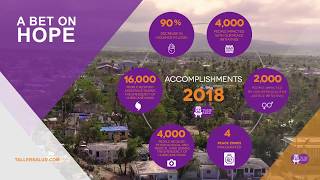 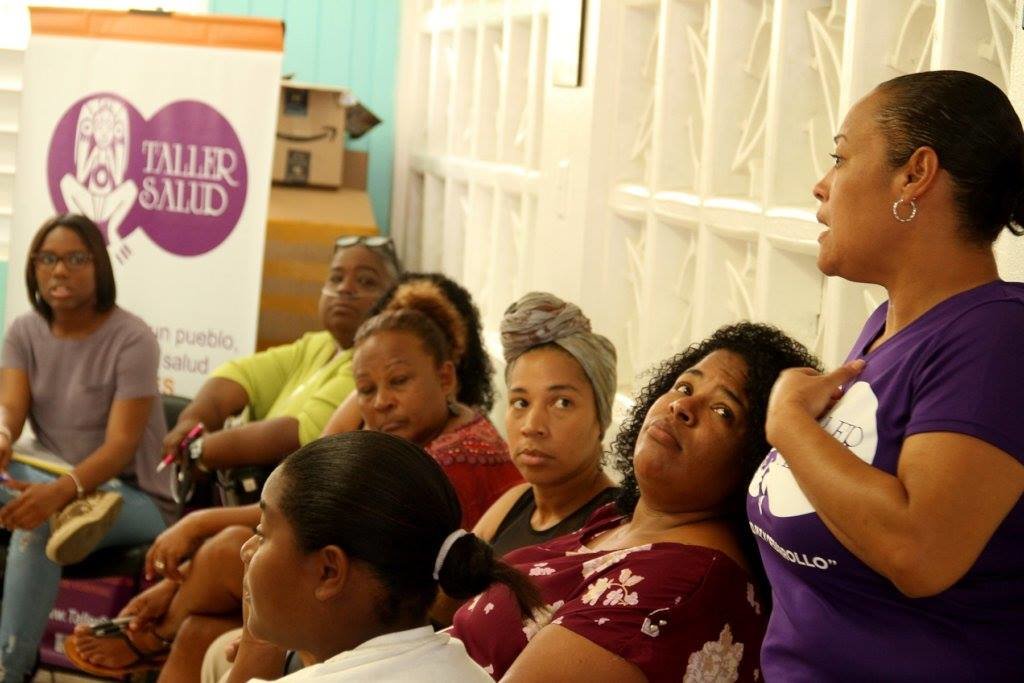 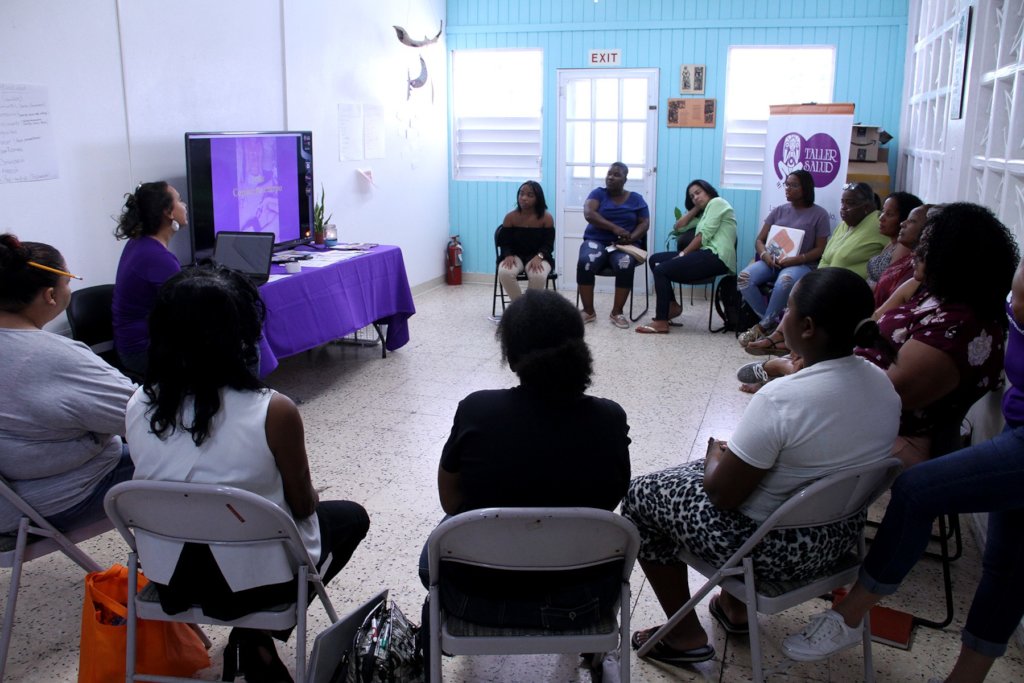 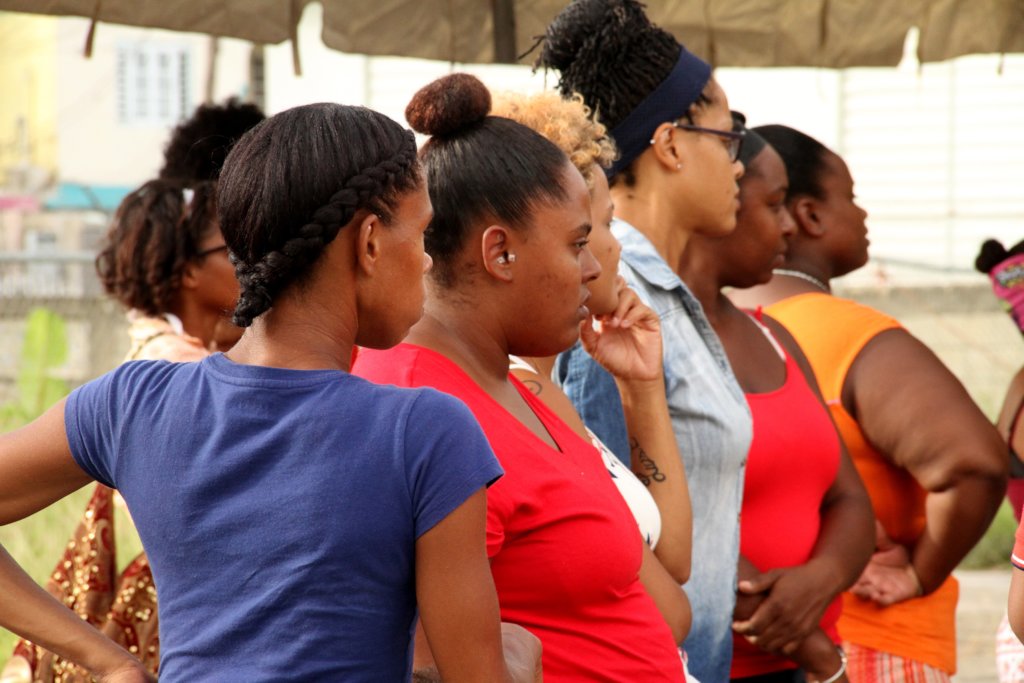 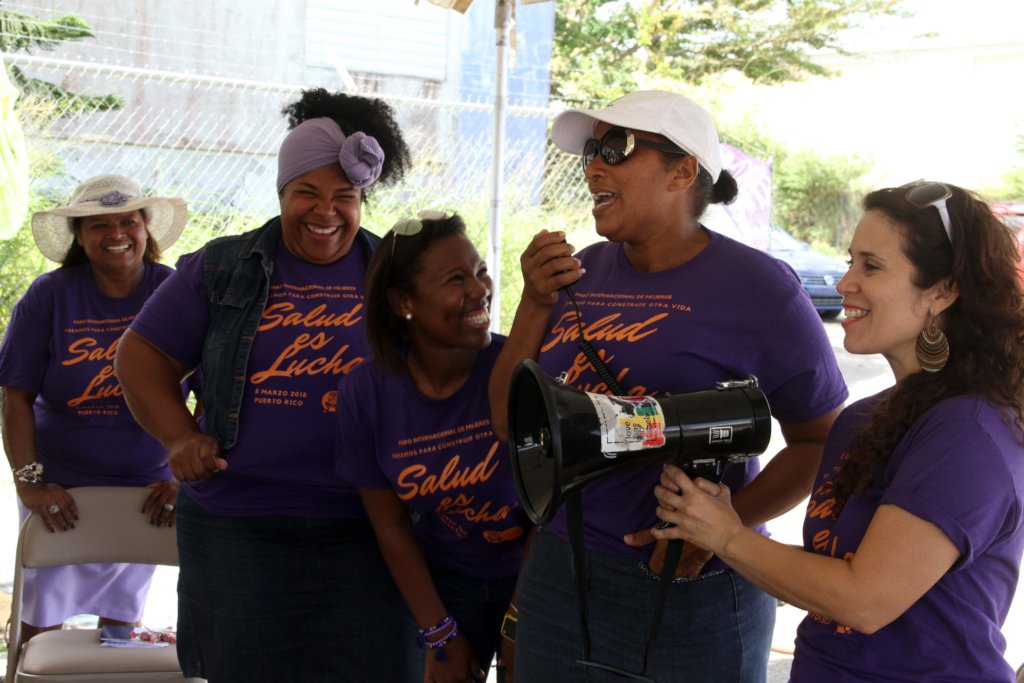 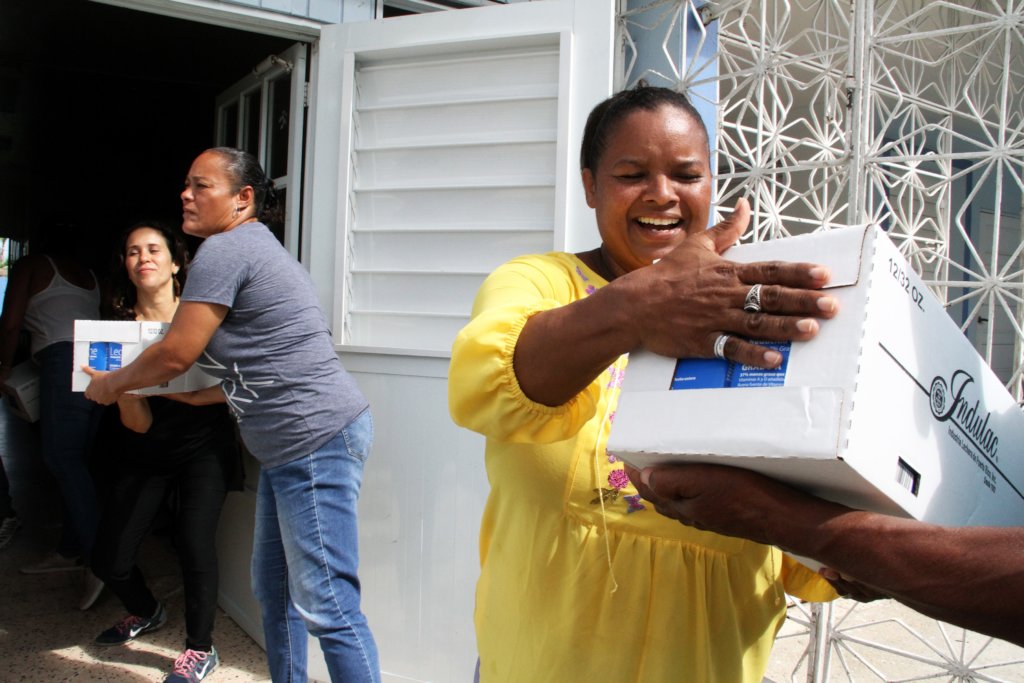 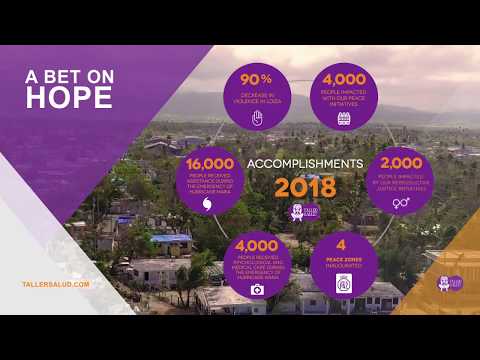 By Joksan A. Torres - Development Manager 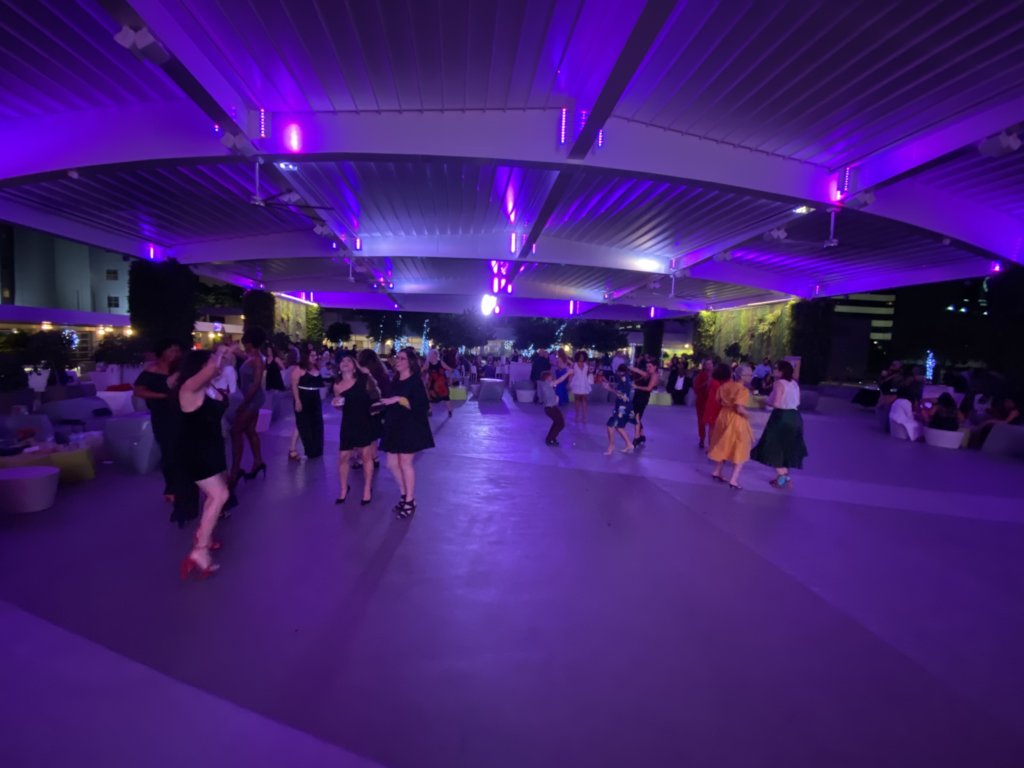 We made it! Taller Salud turned 40 this past December, and its all thanks to your contributions. With your help, the Taller Salud family was able to celebrate a beautiful legacy built upon 40 years of dedicated work empowering women to transform their communities and their realities. Our participants and donors alike accompanied us at our Anniversary Gala in a celebration of hope, triumph, and life.

We celebrate the initiatives and projects that we lovingly work on day in and day out. We celebrate a staff that is deeply committed to promoting equality and to rebuilding communities that hold human dignity in the highest priority level.

As you can appreciate, we have many reasons to celebrate, but above all other reasons we might have, we celebrate you. You are the reason that we are able to help people be the best version of themselves. You are the reason we can carry out this important labor of love. You are the reason our participants have a safe home. You are the reason Taller Salud exists. So from the bottom of our collective hearts, we want to thank you for your alliance in this ongoing effort to transform the lives of women in our small coastal town of Loiza.

Thank you again and we wish you happy holidays!

We keep on working!

On September 20th., 2019, Puerto Rico marked the second anniversary of Hurricane Maria's devastating impact on the Island. As you know, we've been working non-stop to help 10 women regain their sense of independency after losing everything in Loiza, but even after these two years have passed and we've made enormous strides, the reality is that there's still a lot of work to be done.

The original 10 women have made such an inspiring recovery and many are still repairing or rebuilding their houses. As we took stock on these developments, and aware of the anniversary, we went back to our communities and found that there are still houses with blue tarps provided by FEMA, that originally were made to withstand six months of use and are still in use on at least 20 roofs. This is unacceptable.

The fact that some peple still have to live in those conditions shakes us to our core, and we've organized a new census to figure out who's most vulnerable, what do they need, and act. As you know, we depend on donations for these efforts. As always, we count on you.

In line with our service to our community, the recent threat of Hurricane Dorian prompted us to organize and distribute tens of hundreds of bags and boxes of food and first-aid articles for everyone. We knew, first hand, the desperation that comes from facing an emergency without basic supplies. Generous people and organizations donated new tarps and all the food and first-aid articles, and we raced against the clock to get everything to the people. Knowing that they wouldn't have to deal with the unknown at such a precarious time was of the upmost importance. We have done it before and will do it again.

Two years have passed since Hurricane Maria, but people still need help. As always, you can help us make a lasting change, not only for those without roofs, but in the efforts to educate and help people so another emergency can be faced with confidence.

Everything was distributed in 24 hours.

The Power of Us

We have a lot to celebrate! Taller Salud is turning 40 this year, and we're committed to our goal of helping our women rise from the challenges imposed by poverty and racism in Loiza.

With your generous help, we've put 18 women on the path of recovery after hurricane Maria hit Puerto Rico in 2017. Yes, it's been almost two years, but there's still so much to be done and we're working every day to empower our communities, and even though our original goal has to help 10 women, the need was greater than that and, thanks to your donations, we've even able to expand our efforts! For that, we're more than grateful.

Women like Jomaris, Idalis, Efrany, María, Miliam, Rosa, Anabella, María Virginia y María Irene received aid to do home restorations. In some cases -if the houses were beyond repair- we helped them in buying property, and each case has been handled in such a way that all of them have seen positive changes in their lifestyles and can see to the future with hope.

Without you, all these efforts would be impossible. With you, there's no limit to what we can achieve, because when people get organized, they are strengthened. And we'll be there every step of the way. 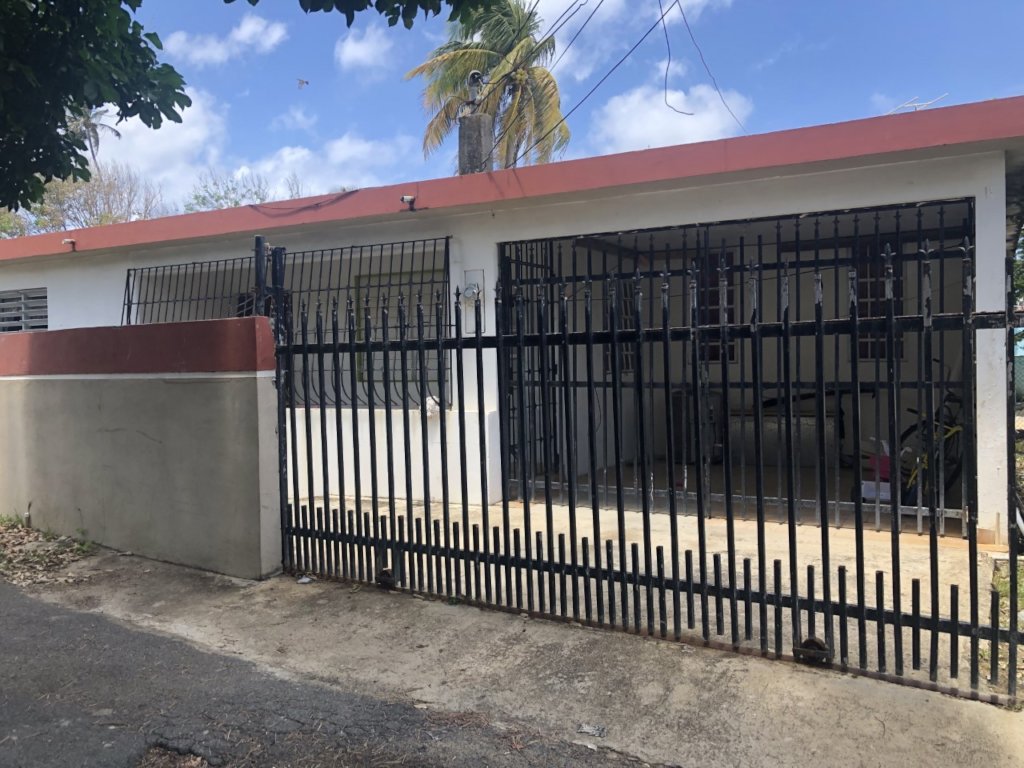 What a difference your help has made in Loiza! As of this moment, we have helped more than 10 women go back to safe homes in the aftermath of Hurricane Maria. In the case of those that lost it all, your donations have made it possible for us to help to buy building materials to repair, rebuild or acquire residences that meet their needs.

It's been 19 months since Maria devastated Puerto Rico and left 3,000 families without a roof in Loiza. Your continuous support means everything to them and has helped Taller Salud's mission of empowering girls and women in the northeastern part of the island.

The latest news is that Rosa is building her new home; Anabella rebuilt hers and, in the case of Jomaris and Idalis, they bought new houses and have moved in. All of this has been possible because of you!

By the end of the year, our organization will celebrate its 40th anniversary. What better way to celebrate this milestone than with the knowledge that these women live and thrive in safe spaces?

This has been possible because you, our friends, keep supporting our organization. We're proud of the job we do, and humbled because, without you, it would not be possible. Again, thank you for your continuous support! Help us help women, and you'll be helping all of society. 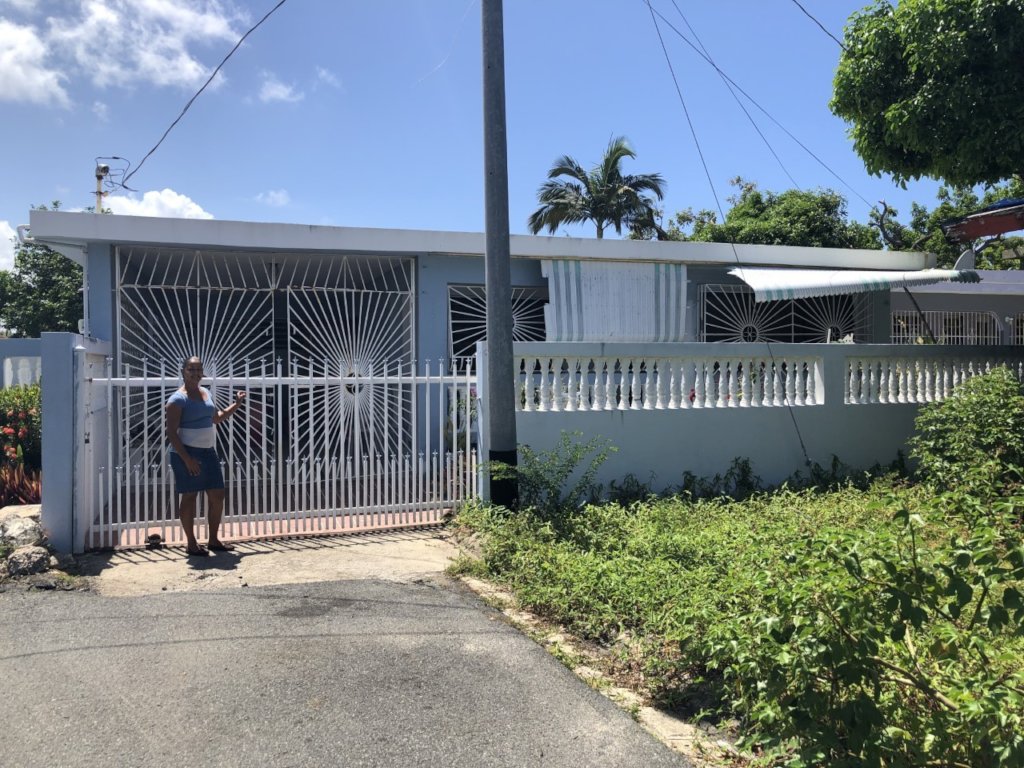 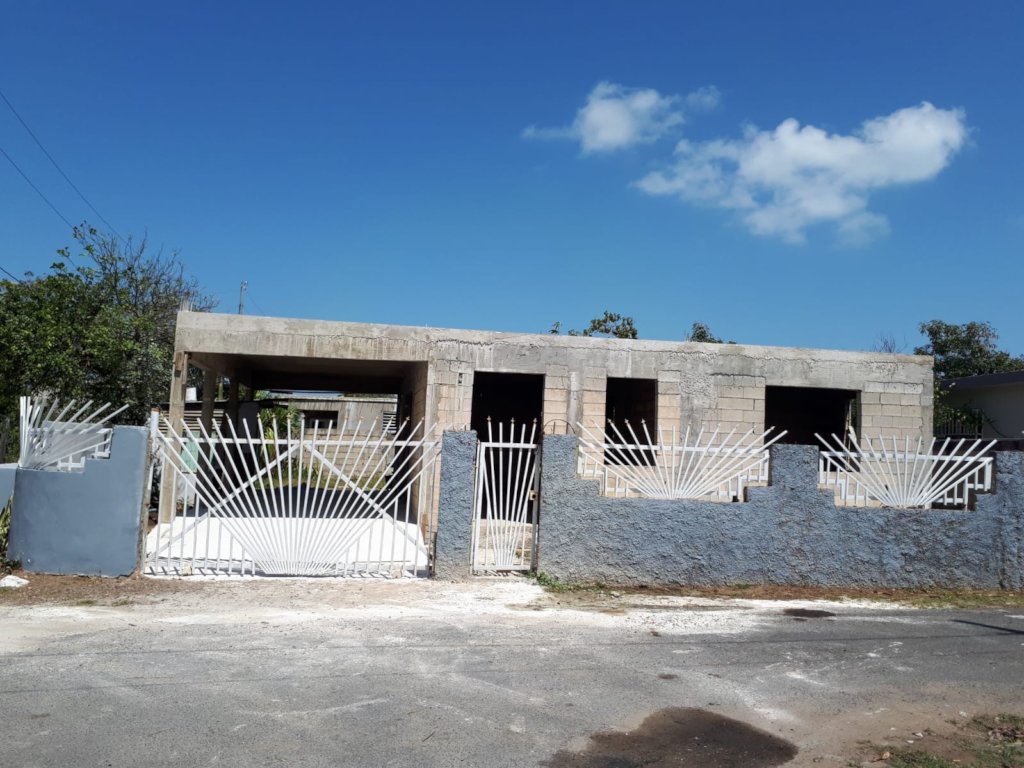 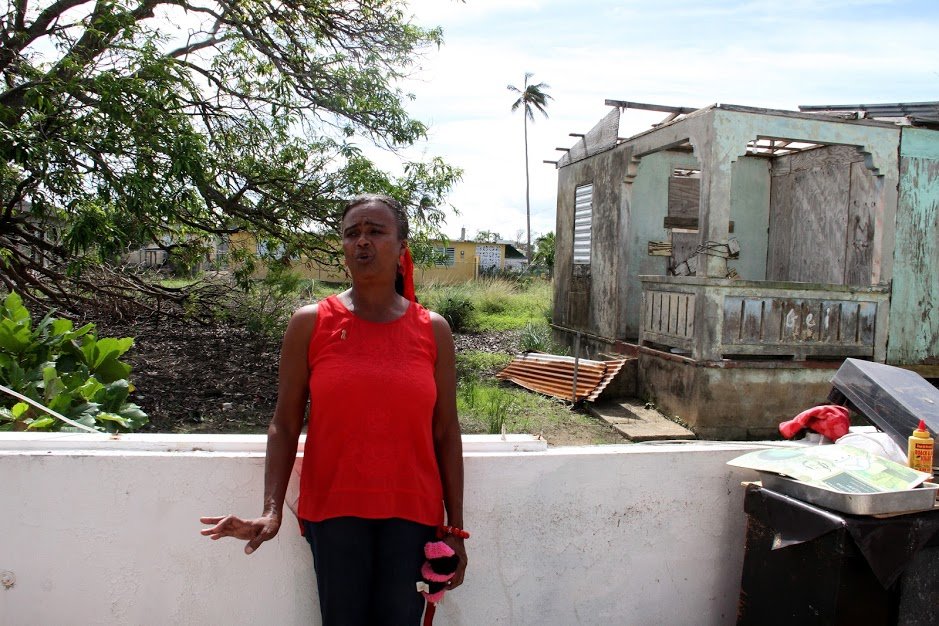 Dear friends, As a feminist organization with 39 years of grassroots history in Puerto Rico, we know something to be true: women can do great things, but supported women can do ANYTHING!  In the aftermath of Hurricane Maria in 2017, in our hometown Loiza, over 3,000 families lost their homes. As we in Taller Salud finished a census of our communities’ needs, it was clear that women were the backbone of recovery - specially long term recovery - of their communities. Right now we are helping 10 women leaders to repair, rebuild or acquire a safe home, and we have some good news to share! The latest news are that Elizabeth, Dalia and Modesta are receiving your help, along with 7 other families, whom we help in transition homes, rebuilding their current houses or even finding them other sites to build brand new homes for them and their families. Also, we are co-designing with them economic development plans so that we can support them into fulfilling their talents and dreams.

After fourteen months of Hurricane Maria's destruction, we want to let you now that these women deeply appreciate your contribution and we want to thank you for trusting our 39 years of community work.Thanks for all your generosity and support! 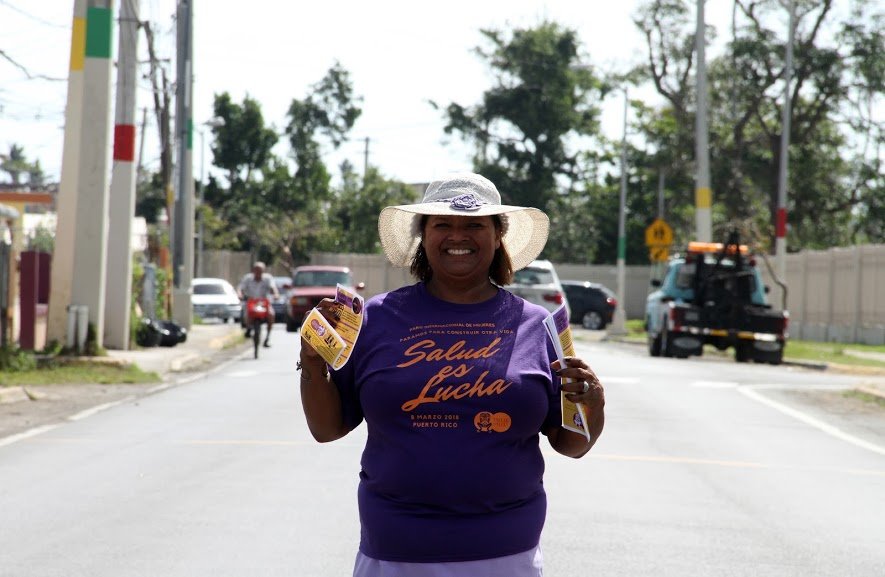 Support another project run by Taller Salud, Inc. that needs your help, such as: 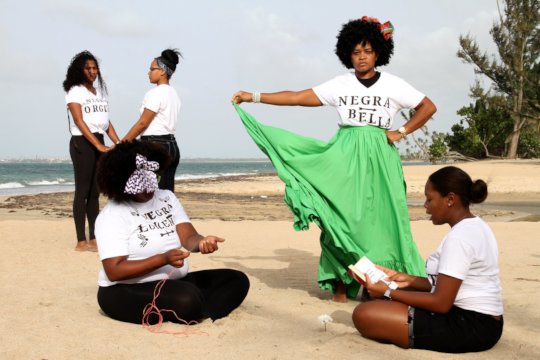 The Impossible Poster: Inspire thousands in PR
Find a Project

GlobalGiving
Guarantee
Donate https://www.globalgiving.org/dy/cart/view/gg.html?cmd=addItem&projid=33164&rf=microdata&frequency=ONCE&amount=25
Please Note
WARNING: Javascript is currently disabled or is not available in your browser. GlobalGiving makes extensive use of Javascript and will not function properly with Javascript disabled. Please enable Javascript and refresh this page.