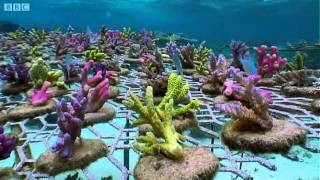 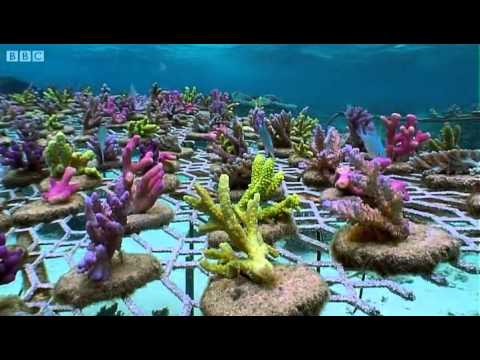 Race to Save the Reefs of Samoa 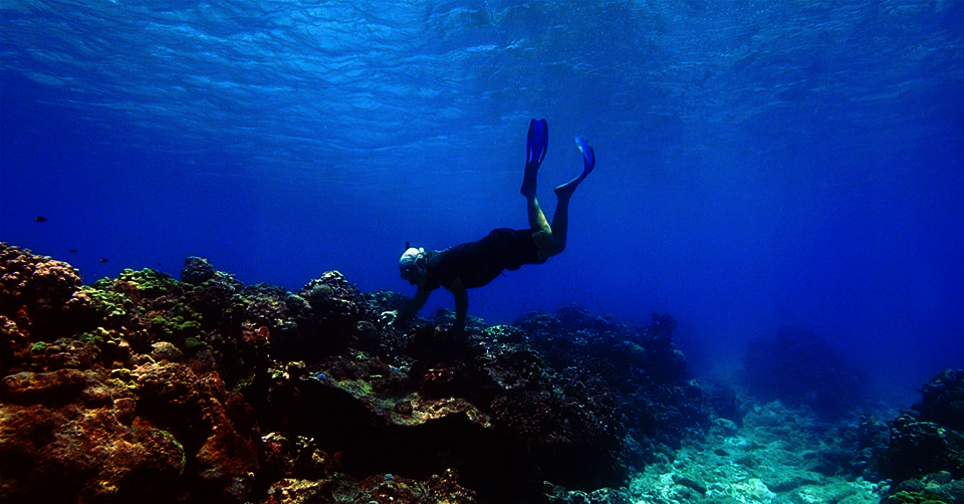 Searching for super corals among the dead corals

Unquestionably, the earth's temperature is rising.  Compilations worldwide are in for October, and the scientific consensus is that 2019 is on target for being the hottest year ever.  I'm preaching to the choir of dedicated ocean conservationists who care so much about corals, but let me share the story of the efforts in Samoa made possible in part by your continued help.

I just returned last night from Samoa to answer the summons--there's trouble on the reefs.  Coral is being stressed, bleached stark white and killed, by high water temperatures not seen before, and locals are scrambling to help save their national treasure of the reef ecosystem.  Food security and tourism livelihoods depend upon the success of our work.

On this trip I locally trained close to a hundred Samoans to identify and conserve the corals that can survive hot water without bleaching.  These corals were then planted into coral nurseries established within existing community established marine protected areas.  This work brought together the government fisheries division, FAO- the food and agriculture division of United Nations, and also the village fishers keen to get the project going on their reefs, as some or the reefs are mostly dead from elevated water temperatures earlier this year and in 2016.  Survey work was done to measure the extent of the damage, plus a source of bleaching resistant "super corals" was found in naturally occurring shallow hot pockets on the reef.  Four community no-fish zones were recommended for the work, and this is where I am today.

The three Samoan trainees from our September workshop in Fiji: Tavita, Warren, and Faletoese, who had paid their own airfare and who were supported by a partial scholarship from our GG funds, are central to one project site. They were excited and ready, and had already taught the Matautu community to prepare concrete "cookies" for planting super corals on.  They also had made ten "fish houses," hollow igloo-like structures out of stone and cement, on which to plant corals on in sandy areas.

In total, seven new nurseries were created inside four no-fishing conservation areas.  By June, the corals will have doubled or tripled in size, and will be ready to be trimmed for planting fragments back to the reef, to create patches of hot-water resistant corals.  Within a few years under the loving care of the community coral gardeners, the reef will again thrive in its amazing natural colors and form. I am so proud of these young people, and applaud them for their dedication and their willingness to devote so much personal time and resources.

As the reefs are now heating up again in the Southern Summer, the plan is for me to return to Samoa in June for a strong push to replant some major dead reef areas we have now identified.,  The plan is to use hot pocket corals from a site so clogged with corals that they are crowding each other out. We will thin out competing branches, and remove corals that have grown so high that they are exposed at low tide, rescuing corals which would in time otherwise die.

Emergency Response to Massive Coral Bleaching was started as a project on Global Giving four years ago.  Much has been done, not only in Fiji, but also in Kiribati, Moorea in French Polynesia, Tuvalu, Vanuatu, and now Samoa. Trainees have also recently returned from our training to Papua New Guinea and to New Caledonia. In time every island nation across the Pacific where reefs exist will have some reefs being restored by local coral gardeners. I pioneered these techniques over thirty years ago, and with some recent refinements like fashioning garlands of coral micro-fragments, it still remains as the only answer to the bleaching emergency..

Giving Tuesday is being offered by Global Giving on December 3rd.  This year triple the amount of money is in the bonus fund waiting to be tapped by you!  There will be a percentage donation for every gift--the fairest way to award matching so that no organization is left out.  This year you're invited to donate either to our micro-project or directly to the main corals project.

Here's our next coral gardening workshop, to be held in February in Fiji just when the water is the warmest.  We'll be doing real time work in testing for super corals by stressing some to find the best ones to propagate for success!  Those of you in marine sciences or in communities with urgent need of help for your reefs, please respond and we'll get you more information.  Because of the generosity of so many via Global Giving, we will have accommodation, meal costs, and fees waived for indigenous islanders from Fiji and other developing nations.  Our site sponsor is Plantation Island Resort--without them this event would not happen.  Thanks to everyone! 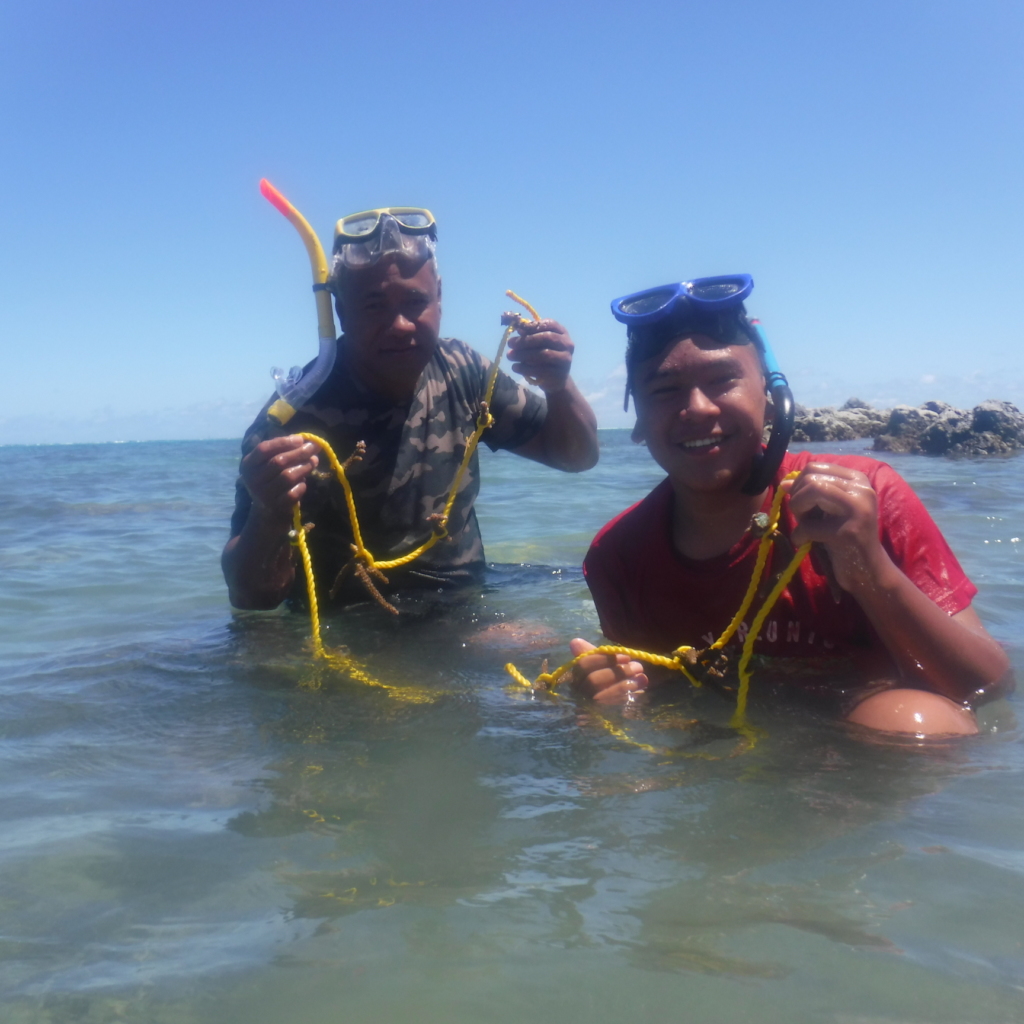 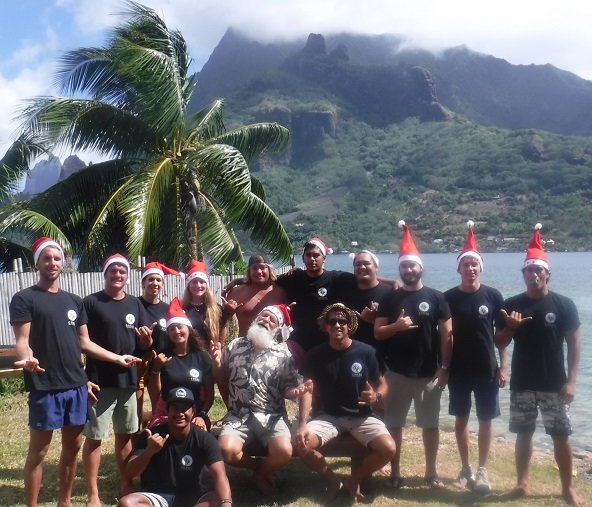