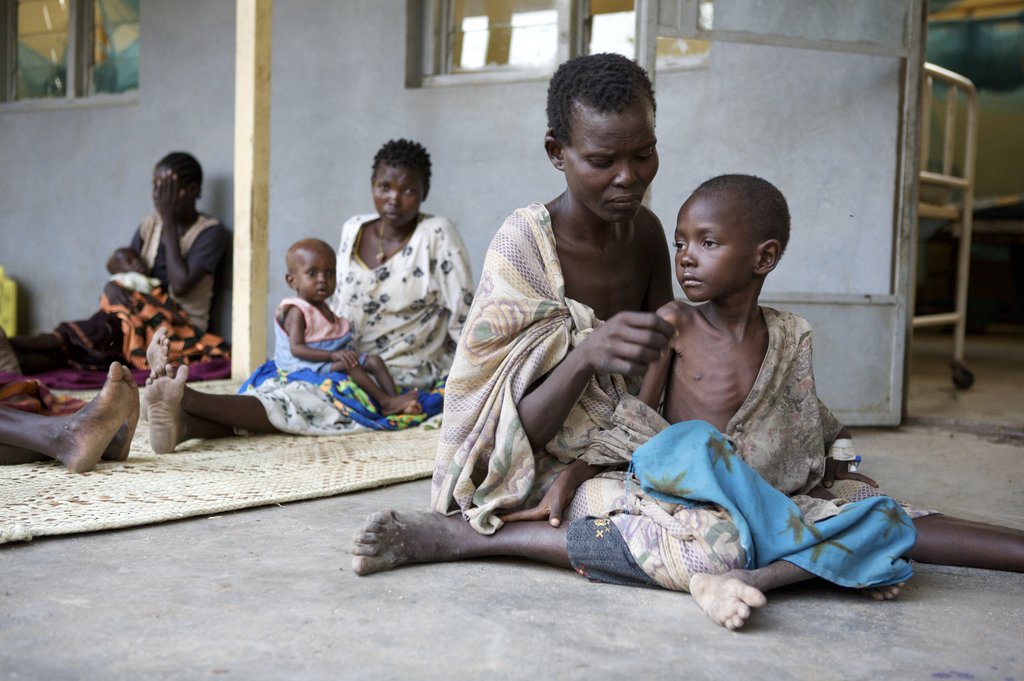 The Food Crisis in Kenya

In Kenya, Merlin has up-scaled its activities quickly and effectively. See below:

Mobile clinics (outreach teams) - Before the food crisis Merlin supported 36 locations for mobile clinics.  Now, Merlin has 72 outreach sites, each location is visited twice a month by our teams.

The significant drop in malnutrition rates was attributed to a number of factors:

-        A co-ordinated, efficient response by all those humanitarian agencies (including Merlin) who work in the affected region.

-        The introduction of monthly food supplements to all children under five years old, pregnant women and new mothers.  This program was initially only for children under three.

-        Heavy rainfalls in late August – early September and again in late October - mid November.  Although this also hampered Merlin mobile teams from reaching those in the most remote sites for a short period.

The Disasters Emergency Committee (DEC) – a UK organization, who has given grants for Merlin’s food crisis emergency response, observed after a recent visit that Merlin was able to ‘rapidly and successfully scale up its operations and establish good links with other agencies working in the area’.

The DEC also confirmed that Merlin should remain in a constant state of emergency preparedness, ready to respond to any sudden increase in malnutrition rates, while continuing to work to prevent additional malnutrition cases and offering care to those in need.

Merlin will continue to work in the Turkana area for as long as we are needed.  Our teams will offer health and nutritional care to the families and communities that need us most.

If you are able to offer more support, via a second or recurring gift, we are very grateful and promise to use the donation wisely and effectively to save lives.  Thank you.

Spotlight on Merlin's work in Somalia 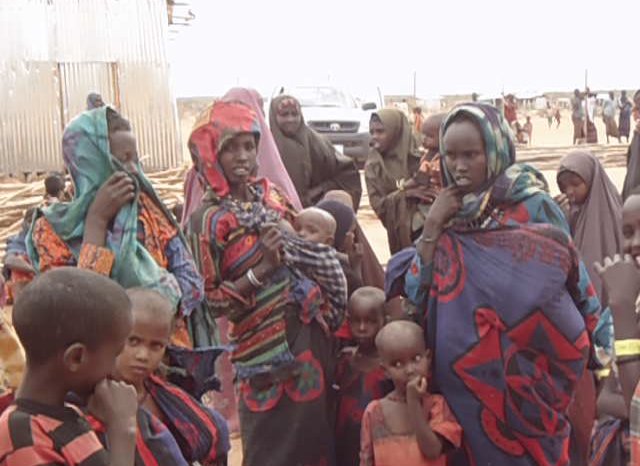 Highlighting the Food Crisis in Somalia

Now, Merlin supports 27 (6 in South Central and 9 in Puntland) and we plan to increase our spread even further over the next few months.

On Nov 28, 2011 the Somali group which control  southern and central Somalia areas, banned 16 humanitarian agencies including: UNICEF, Concern Worldwide, World Health Organisation and several other UN agencies.  Most of these groups have been working in the region since the last famine in the 1990s.  Their dismissal has caused large gaps in aid coverage and access to the strong tribal systems that exist.  Merlin and other agencies that remain, are working hard to quickly establish and build relationships to continue an effective aid program.

Money transfers from Diaspora Somali groups have to date kept many Somali families from hunger and starvation.  The US Dept. Of Treasury estimates annual transfers from the US alone, is close to $100 million.

In 2012, the number of Somalis facing starvation - those who will die if not offered assistance - has fallen from 750,000 to 250,000.  This means that there are still a quarter of a million of men, women and children in dire need of help.

Merlin will continue to work in Somali for as long as we are permitted, offering health care and nutrition to some of the world’s most vulnerable people.

If you are able to offer your continued support, via a second or recurring gift, we will use it effectively to save lives.

Thank you for your interest in our work. 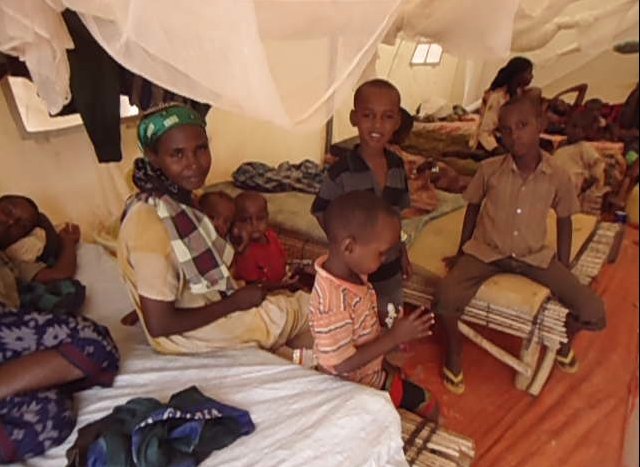 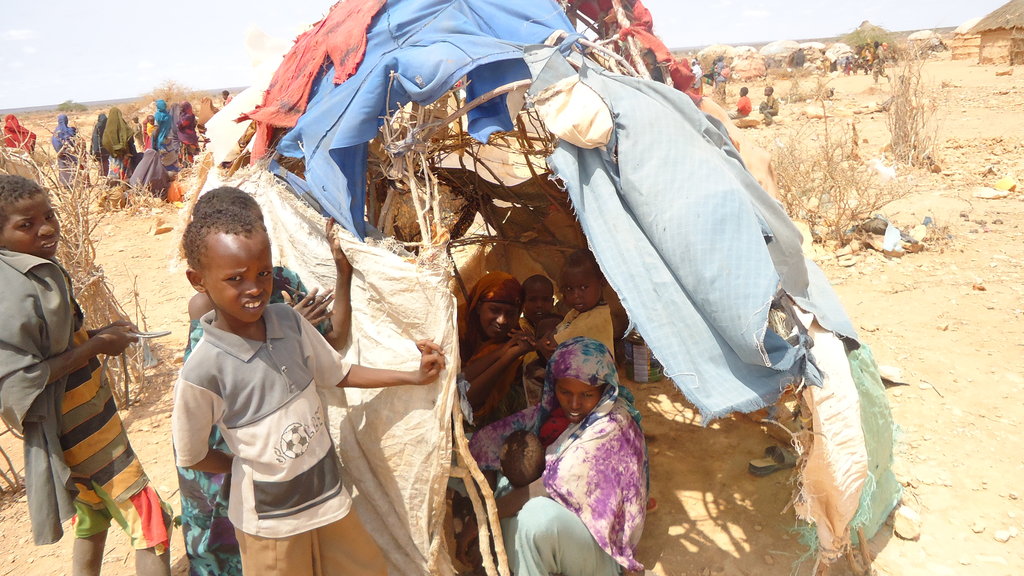 A Somali family on the Ethiopian border

Thank you for your support of Merlin's work in East Africa.  As you will read although numbers have dropped there is still a huge need.  If you can give another gift, Merlin teams and the families we care for would be very grateful.

Below is an Update on our work for the week commencing Jan 20, 2012

The revised Humanitarian Requirements Document (HRD) launched by UN’s OCHA ( Co-ordination of Humanitarian Affairs) on January 19, 2012 calls for an additional US$ 168.7 million in humanitarian funding to meet food and non-food needs in Ethiopia for some 3.2 million people between January and June 2012. According to the HRD, Ethiopia needs 403 tons of emergency food aid.

In the past the number of people in need of aid topped 4.5 million, the reduction of 1.3million is due to a coordinated effort by all the local, national and international humanitarian organizations.

November brought very heavy rains to the regions that Merlin work in, and some health facilities and remote villages were difficult or impossible to access.  In some areas the rain meant there were less water shortages and pasture began to regenerate.

A more general update will follow in a few weeks.  Thank you again for your support of our work. 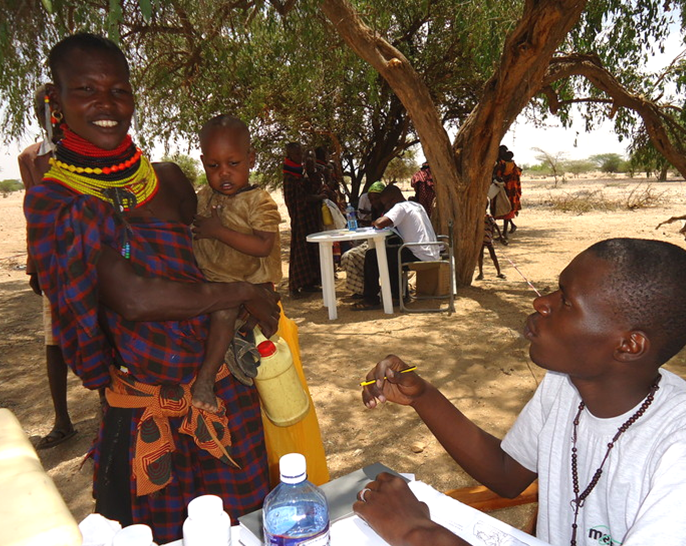 The Holiday Season is upon us and I am sure you are thinking of what to give others, as well as what you may soon receive.  You generously supported Merlin's emergency response program in East Africa and below is an update on our work, to keep you informed.

Unfortunately, we continue to ask for support - with over four million in need of assistance in Somalia alone, there is still, so much that needs to be done.  If you are able to offer us an additional or recurring gift, please consider doing so.  Your gift will make a difference; it will give hope and help to save lives.

Update on the general situation in East Africa

Update on Merlin's work in October

From everyone at Merlin, thank you for your support and interest in our work.