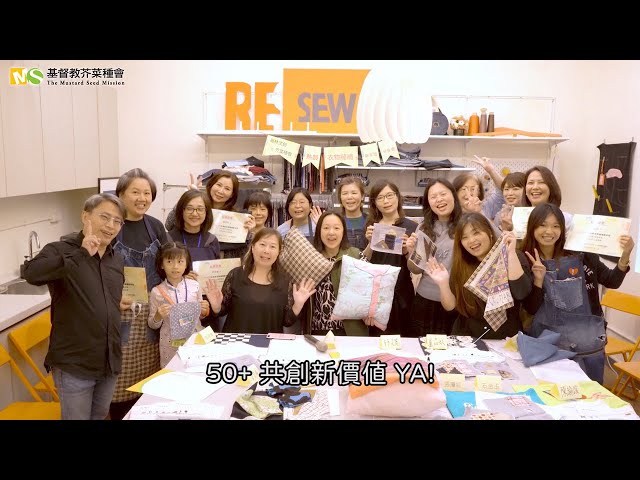 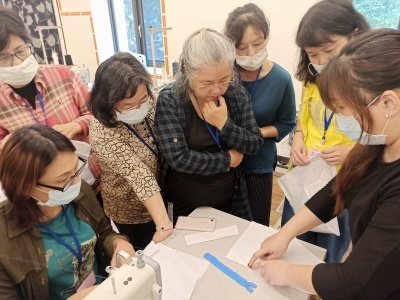 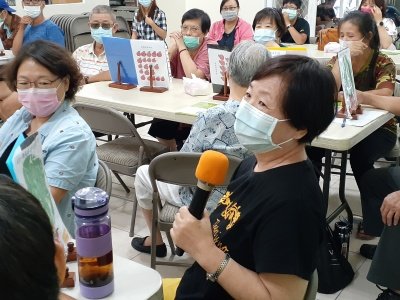 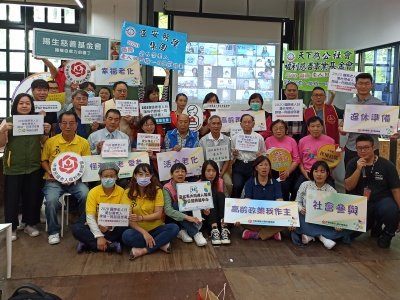 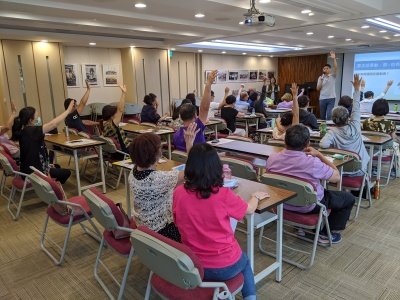 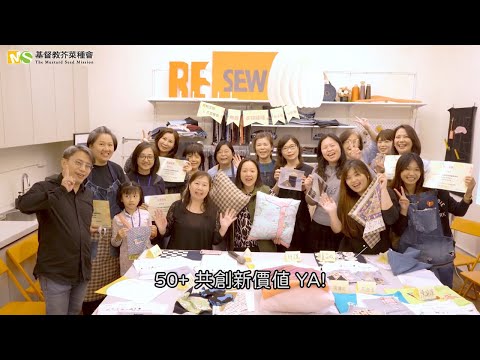 A New Place for New Life: Being needed is so good!

57-year-old Mei went to Hualien for work exchange after 1 month of her retirement. Including arranging the environment, catering, baking, harvesting or weeding, the 2 week of work exchange is flexible and challenging. 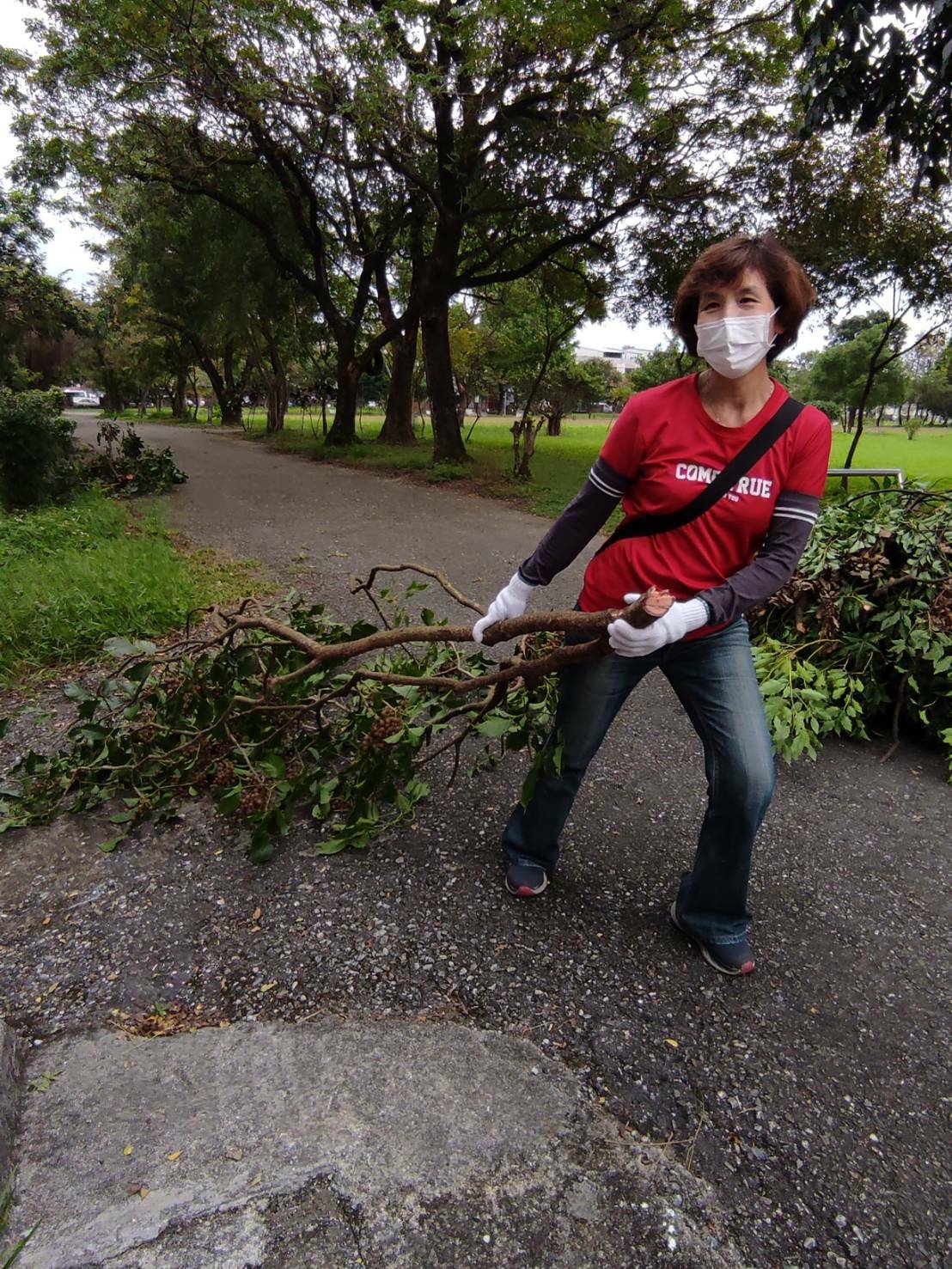 For example, Mei had been in administrative work for a long time, now she has to help sweep leaves and carry branches to the trash can. "It's a big challenge for me, but I also get physical training through cleaning like this." Mei also shares, "When you go to an unfamiliar environment, you can fully immerse yourself in that situation, and the people and things you encounter will be particularly impressive, which will be very good memories in this life. "

Work Exchange for the 50+ Years Old: A New Life

It seems that the trend of declining birthrates and an aging population in Taiwan is irreversible. The National Development Council predicts that Taiwan will enter a super-aged society in 2025 in that one out of every five people will be an elderly person over the age of 65; By 2034, more than half of the country will be well over 50 years old. The "50+ Senior Empowerment Program" is designed to encourage middle-aged and elderly people to re-enter the labor market and social services after retirement, to develop a new kind of retirement life together.

In the movie "Soul", there is a soul No. 22 who cannot feel the spark of life and has been in the life prep-class for billions of years. He is afraid of taking risks, afraid of rejections which leads to him unwilling to move on to the next stage of life as failure will hurt his self-confidence. Do you also fail to realize your dreams because of your fear of taking risks?

The Mustard Seed Mission Hualien Vocational Training Center launched the "Work Exchange for the seniors" event, to invite our silver-haired friends for a soul adventure, to transform the fear in the heart of a middle-aged and to bravely pursue the dreams their hearts so desire.

For the first time, the seniors saw off the extra branches by themselves as well as removing the distracting thoughts from their heads.

This year, as soon as the event was launched, our phone started ringing off the hook by the flooding inquires! On the day of the briefing, there were even friends who came to Kaohsiung by car from Chiayi, Nantou, and even Taichung despite the searing temperature brought by the noon sun!

Many of these seniors were puzzled by the fact that they are invited to work at such an advanced age. Among them, some decided to retreat because their children said: "Why would anyone want you to work when you are so old? " However, they eventually summoned up enough courage to make phone inquiries; in addition, among the participants there are also couples and friends. We gave credit to those who are willing to take the first step and get to know more. Even though everyone is 50+ years old, we feel their excitement and expectation during the process of interaction; we also feel the energy they radiate which shows they are ready to realize their dreams.

Bend to discover God's treasure in the earth

When serving the seniors, we often hear them talking about the first half of their lives, which most of the time were spent satisfying the needs of families at the cost of sacrificing the need of themselves. They look forward to living for themselves after retirement, to realize the dreams they had in their youth. A life free to do anything whenever they like.

Our "Work Exchange for Seniors" program has been launched in Hualien Training Center several times. Every time we see photos and words shared in the group, the true joy of them are infectious which made others in the group want to go as well. Through the heartfelt sharing, a social support network for each other was established which is one of the achievements our 50+ program desires. We hope that our silver-haired friends will dare to pursue their dreams with open arms, live their lives to the fullest and strive to make the most out of their retirement age.

The Energy of 50+ Combined With Community Activity

When Takfork Baptist Church in the Qianzhen District of Kaohsiung was doing community ministry services, it observed that many elderly in the community had nothing to do and no daily activity planning at all. Worrying about the effect of such inactivity on rapid aging as well as hoping to develop diversified service projects for the elderly, with the assistance of the 50+ projects of the Mustard Seed Mission, 50+ silver-collar lecturers were introduced to lead a series of physical and spiritual courses for the elderly in the community, providing a good learning atmosphere and environment for the elderly who used to do nothing but wandering in the park. They felt warmth and being cared for. Through such courses, these elderly also had their own potentials discovered. New courses were therefore designed and developed by professionals and shared in the classroom stage. The series of such services also indirectly drove the support and participation of stores nearby. A good example of ripple effects: starting from a service point and then extends outward gradually. Seeing needs in the community, responding to such needs, helping each other and loving each other.

With the grand army of nearly 100,000 retiree annually in Taiwan, the majority are retired without preparation and a clear goal for their retirement life. The 50+ project ministries of The Christian Mustard Seed Mission hope that, through designing training courses suitable for the mature-aged, self-exploration and workplace experience, etc., people who are soon to be retired or already retired will be encouraged to face up their own “ third “ life.  It also encourages these people not to throw away their past life experiences, turning these treasures into something useful to the younger generation or developing a different life path of their own. Let every second and every minute in the retirement not to be used for anti-aging but to live healthily in the moment.

A New Life Beyond the Retirement

Grandma Shi's son and daughter-in-law walked out many years ago, leaving behind them two young kids- a one-year old daughter and a son of only two or three-month old to the sole care of Grandma Shi. She raised her two grandchildren by herself. However, the grandson had problems with sensory integration disorders and developmental delay and was often bullied in school; the granddaughter also suffered from frequent inexplicable fainting as the sequelae of hypoxia when she was young. Grandma Shi worked as a temporary worker in the Social Bureau for 18 years. She will retire at the age of 65 in September this year. She worried what will happen to her grandkids when she retires? Fortunately, a friend introduced part-time cleaning jobs to her and the grandkids were also very considerate. They tried hard to find part-time jobs at school. Grandma Shi later learned through a friend about the 50+ Sewing Class, co-operated by The Mustard Seed Mission and the Kaulin Foundation, and she signed up immediately. She wants to learn new skills and create a new life in her retirement.

When being asked of how she felt about the sewing class, Grandma Shi glowed. She said that through this class she made some new friends and learned new skills to boost her self-confidence. She now feels that life is full of hope. Besides, when she was concentrating on sewing, she forgets life's troubles and worries and her minds stops wandering. She is thankful that the teacher is very patient in teaching them and answers her many questions tirelessly.

Talking about how she wishes to use her newly acquired skills after graduation, she said that in the future, she hopes to continue to participate in the advanced class to improve her skill and she will work at home with her grandchildren in designing and sewing. In designing bags, mobile phone bags, coin purses and other cultural and creative objects, her artistic talented granddaughter can help drawing pictures and she sews cloth bags. The grandson can help sell them online. By doing so the family can generate a small income to improve family finances.

Grandma Shi said that when their economic situation improves, she wants to give back to the society given the opportunity. She would like to use the sewing skills learned through the course to help repairing clothes and sewing buttons in the community. "Take from the society, give back to the society; from palm up to palm down!" The grandchildren are particularly empathetic because they experienced the family hardship themselves.  For example, they would always take the initiative to take the flyers when seeing them being handed out on the streets.  They would also help to buy cookies sold by charities. She was deeply touched by their good deeds.

But before she is able to give back to the society, Grandma Shi said: "My biggest dream now is to have some extra fabrics and design papers so that I can practice. It would be great if someone can provide me with the fabrics for practice!" She added shyly: "There is no sewing machine for me to use when I come home. Would it be too much to ask if I want a sewing machine?"

GlobalGiving
Guarantee
Donate https://www.globalgiving.org/dy/cart/view/gg.html?cmd=addItem&projid=50867&rf=microdata&frequency=ONCE&amount=25
Please Note
WARNING: Javascript is currently disabled or is not available in your browser. GlobalGiving makes extensive use of Javascript and will not function properly with Javascript disabled. Please enable Javascript and refresh this page.