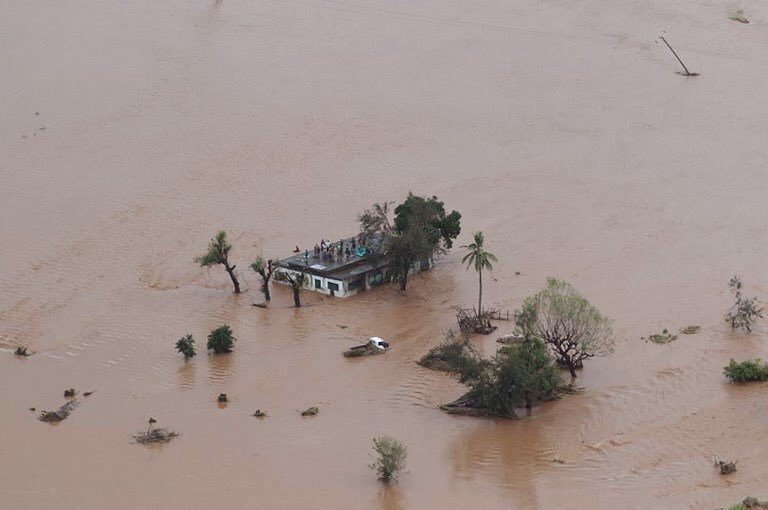 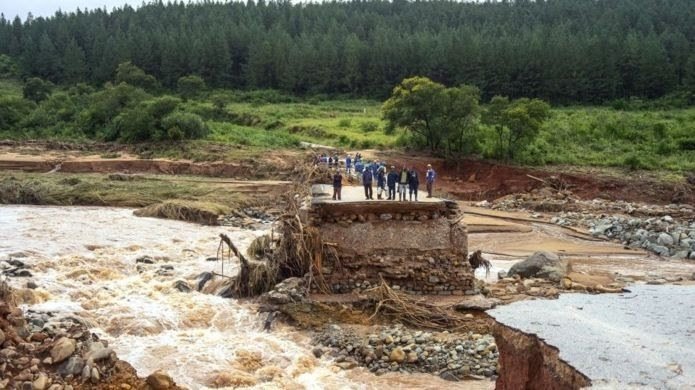 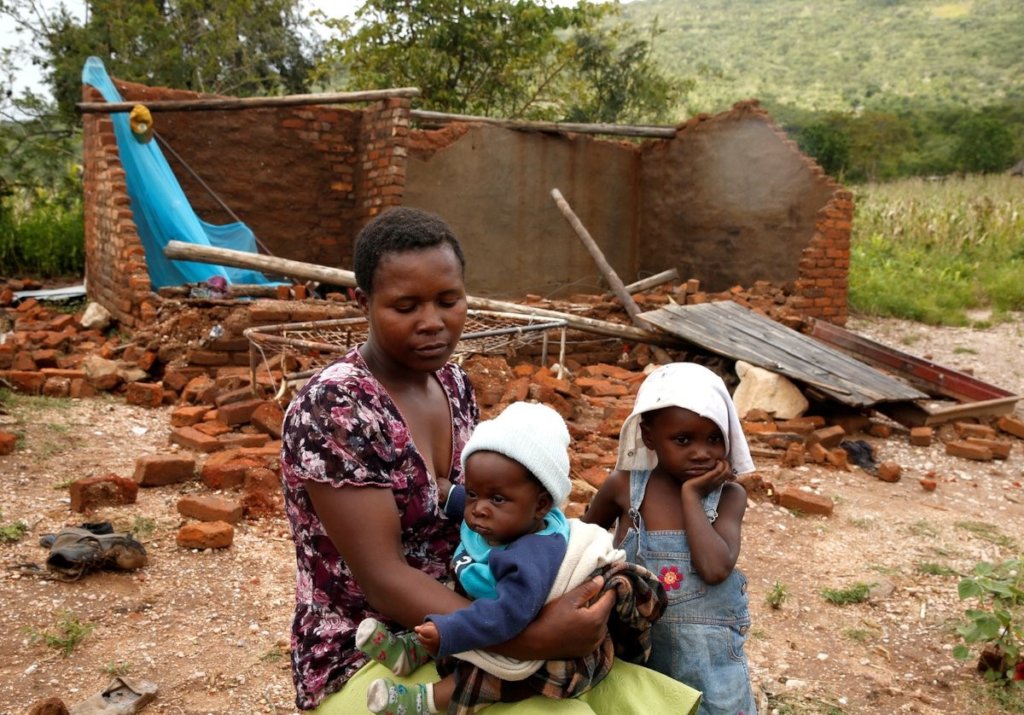 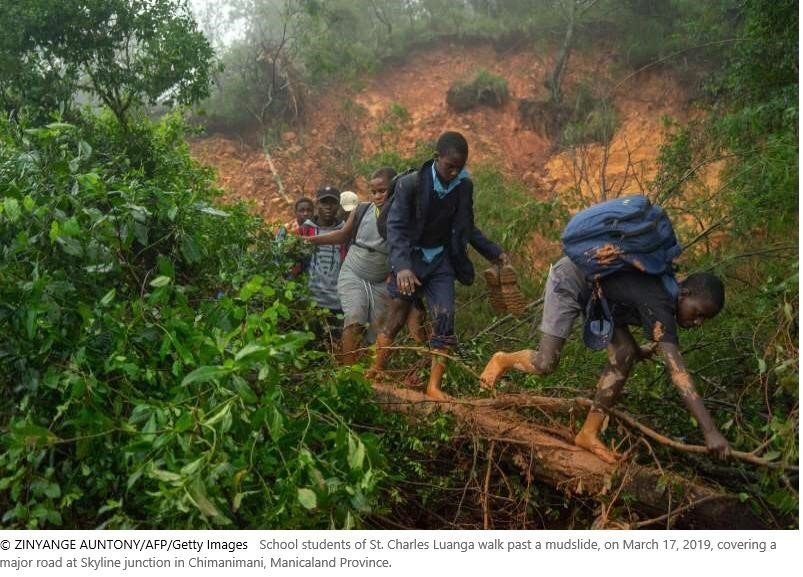 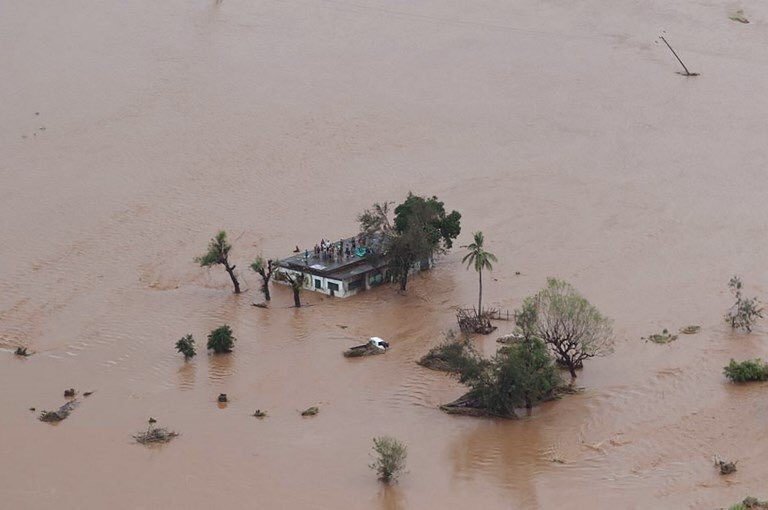 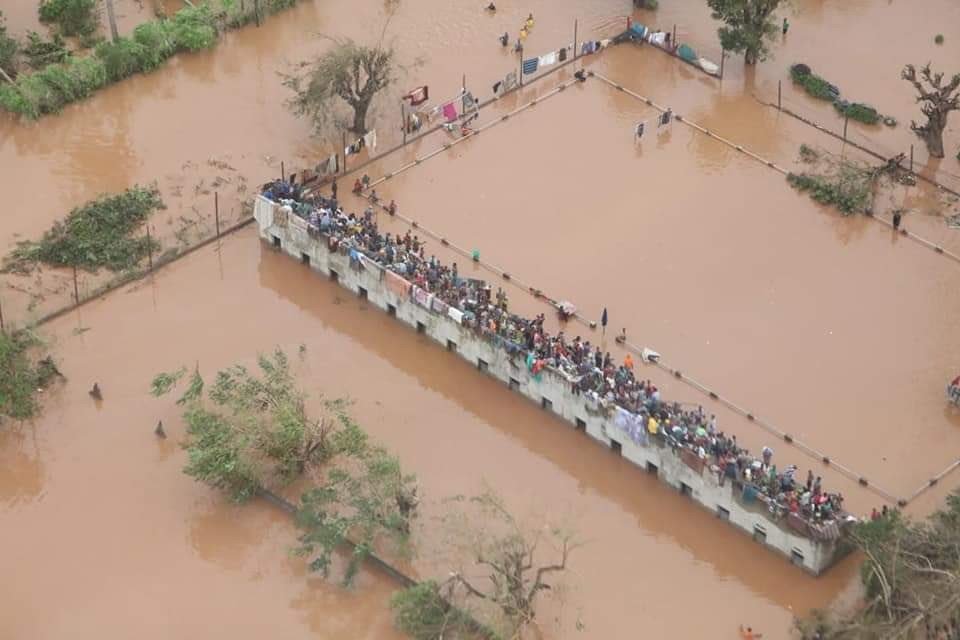 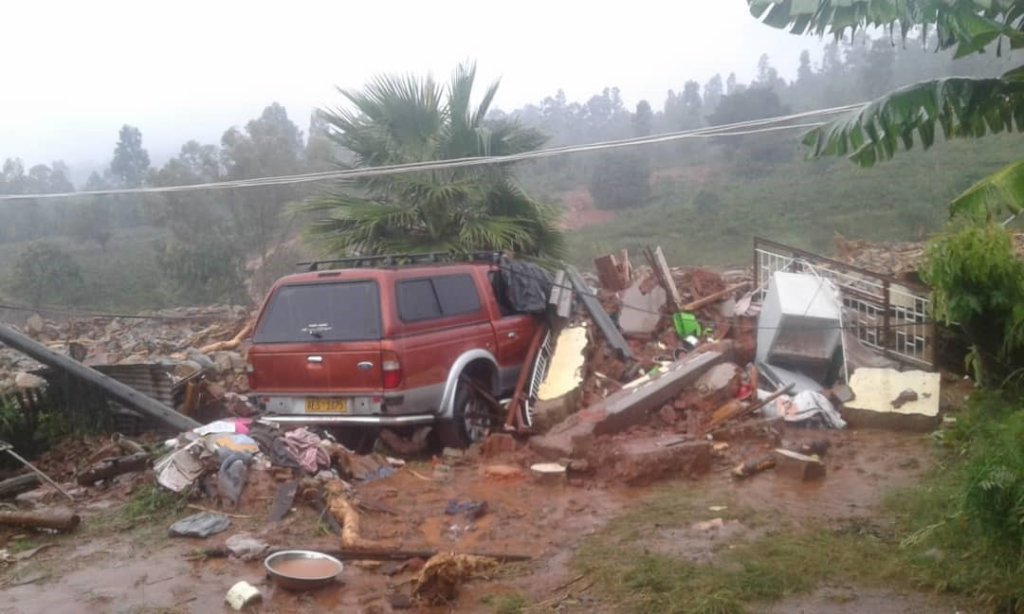 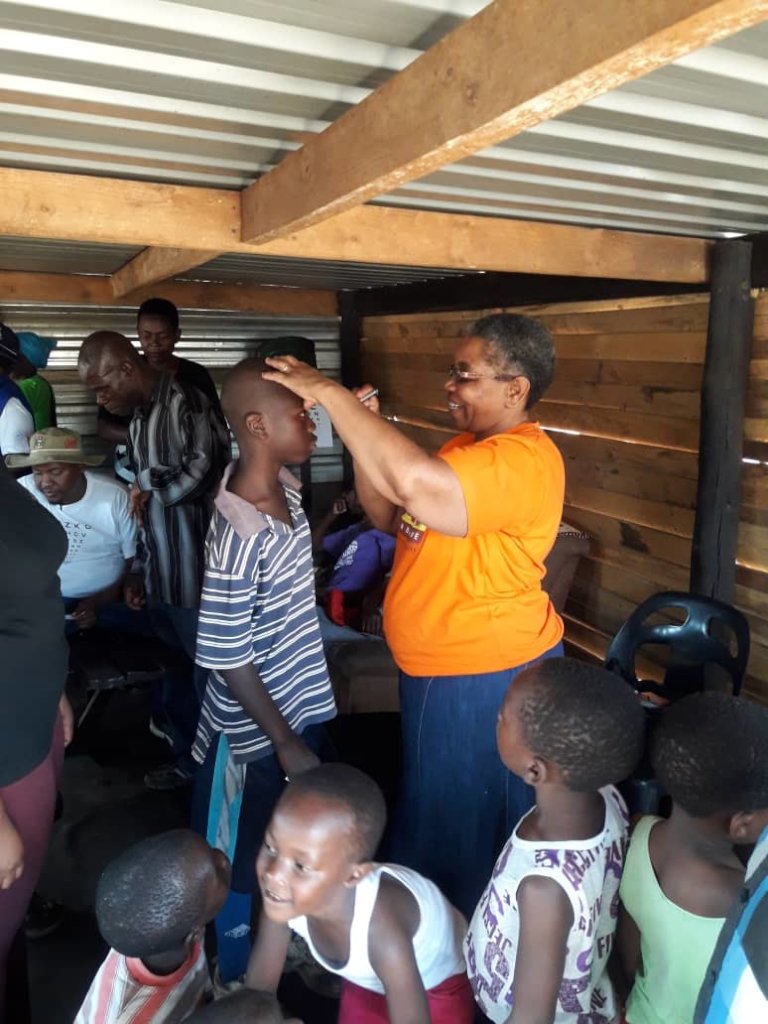 Tropical Cyclone Idai hit Zimbabwe with heavy rains and strong winds on the 15th and 16th of March 2019, severally ravaging the provinces of Manicaland and Masvingo in the Eastern and Southern parts of the country. High winds, flooding and landslides caused damage and destruction to roads, bridges, schools, hospitals and livelihoods. An estimated 270,000 people were affected, including 129,600 children, with over 50,905 individuals being displaced in various collective centres. 344 people were confirmed dead, 175 injured and more than 250 people are reported missing. With the reported missing still unaccounted for, the number of the dead runs into around 600 people.

Due to the need to fulfil stringent protocols in accessing the affected areas mainly in Chimanimani and Chipinge, Kidzcan got onto the ground late November 2019 and into December, utilising the US$4,000 sourced by Global Giving for the Cyclone Idai intervention. Authorities were clear in that any organisation wishing to provide intervention in the affected areas needed to carry out their mandate in terms of its registration to avoid too much duplication of roles. Kidzcan had earmarked the funds for the following:

On behalf of the entire Kidzcan Staff and Board we thank you All for this great gesture and support. We would like to thank you for your support throughout 2019 and wish you All a Happy New Year for 2020 and may continue to support childhood cancers in Zimbabwe, where our theme is #nomoreborders. 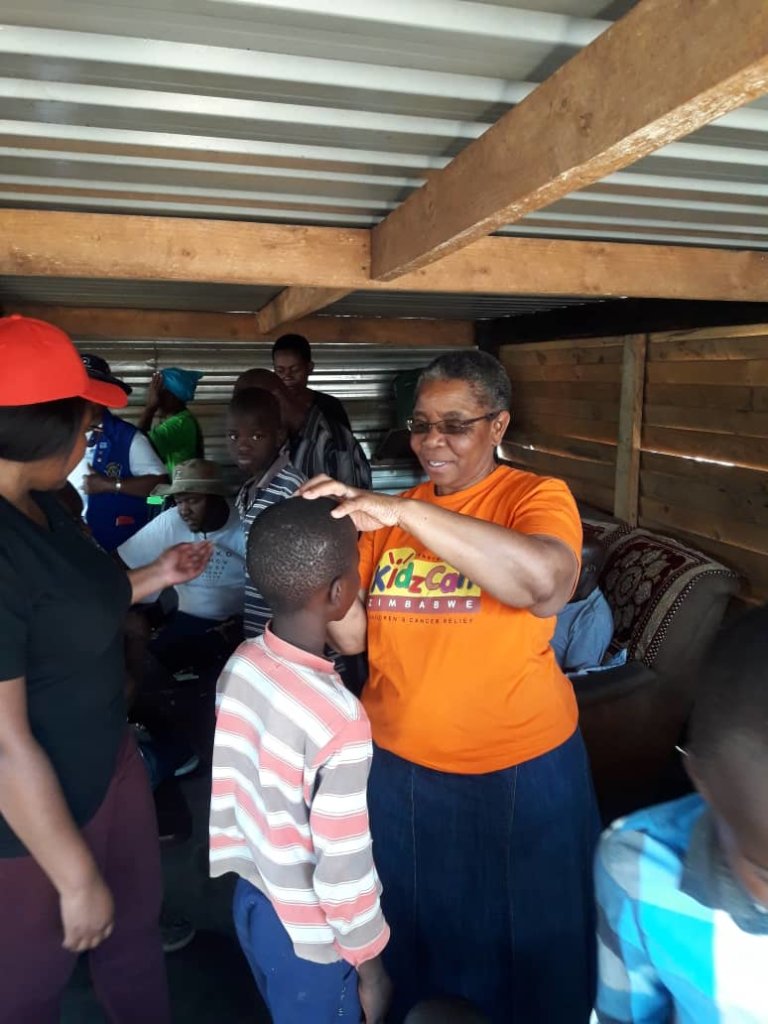 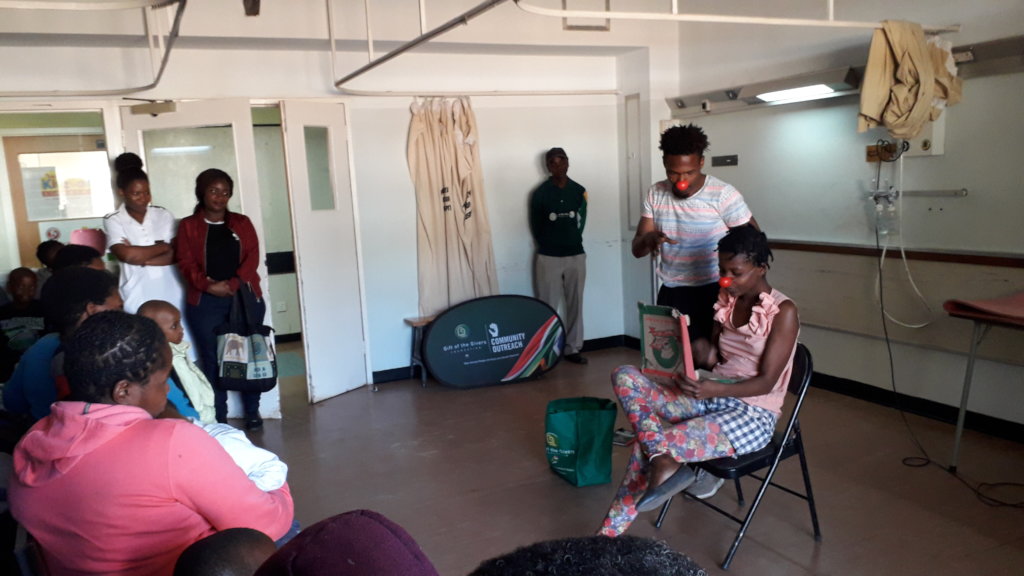 The recent cold spells that affected Zimbabwe, relief assistance concentrated on the distribution of Blankets and shelter supplies. Kidzcan also donated blankets to its patients from the affected areas suffering from cancer. The poor weather has hampered the delivery of medical supplies to the affected areas and still has not allowed Kidzcan to move into the area to assist with Cancer screening and awareness to the children in the area. As of April nearly 70 000 people in the affected area have regained access to safe drinking water according to the UN. Daily young children narrate horrific, heart breaking stories of how they lost their siblings and parents due to the cyclone. A young boy narrates how he and his five brothers were with their grandmother when the deadly water and rock landslide occurred, burying part of the house. "My grandmother, brother and I managed to escape as we were sleeping in the same room. My three brothers were buried under the rocks. We only found their bodies days later". Stories like these are all too familiar as most households were directly affected by the cyclone. Kidzcan will soon go to one of the temporary housing that has been set up to screen for cancer to the affected families once permission has been granted. The children are extremely traumatized and other agencies like Childline are assisting with psychosocial support and to not allow this incident to scar the children permanently. It is important that we support these families and children with your help we can together make a difference. As more cyclone-affected areas become more accessible and more children are reached Kidzcan will be one of the first to assist where possible.Kidzcan has also partnered with Gift of the givers South Africa, Clowns without Boardes and Zimabawe Theatre Acadamy to Bring Laughter to the children in Zimbabwe. We have started by bringing Laughter in the Cancer Ward.This brings great relief to both children and their caregivers. #nochildchouldbeleftbehind 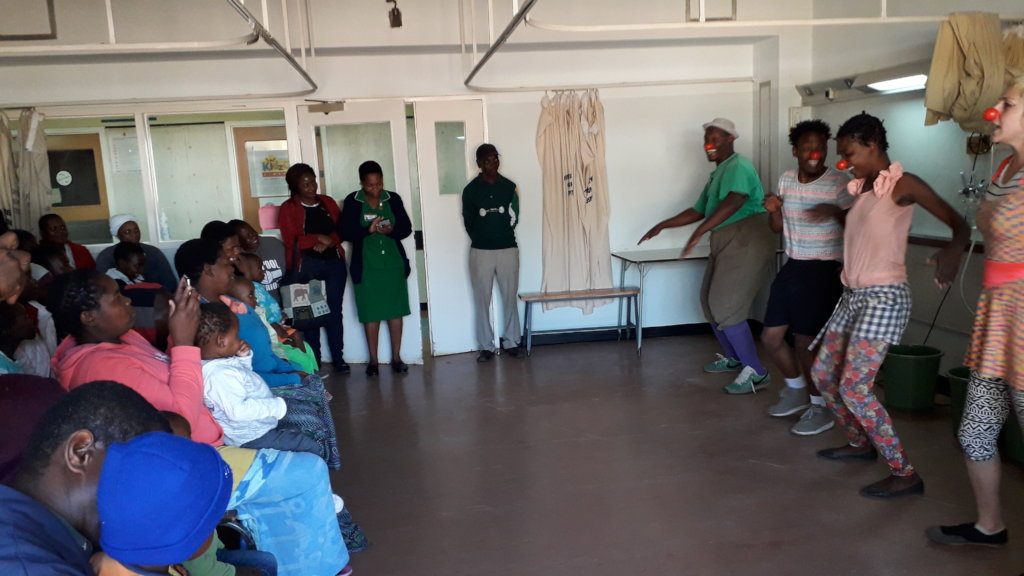 Laughter in the ward 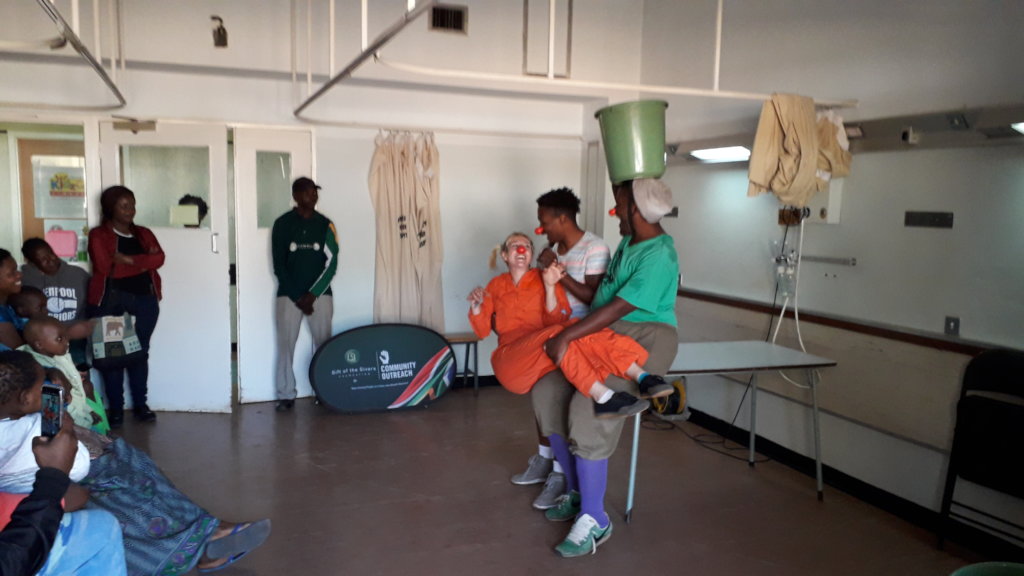 Update on Cyclone Idai in Zimbabwe 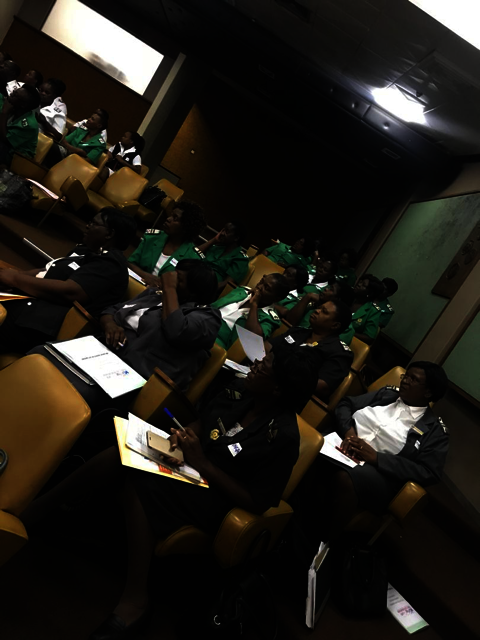 Zimbabwe was hit by Cyclone Idai almost three months ago to date and the tropical storm caused sivere and flash flooding in the eastern and southern part of Zimbabwe resulting in loss of life, injury, destruction of livelihoods, houses, roads, bridges and other public infrastructures.

An estimated 270 000 people have been affected by Cyclone Idai.  Some of our children suffering from cancer were affected too. Through consultations with the District Administrator Kidzcan will soon be embarking on a site visit to the affected areas where many children need assistance, as have not been able to do so sooner due to lack of access. Kidzcan will conduct an awareness campaign in the area on childhood cancers and conduct free screening on the two most common cancers in Zimbabwe, namely Cancer of the eye and cancer of the kidney.

The DA will facilitate in identifying open schools where these will be done and also assist Kidzcan in having access to the hundreds of children still in the shelter camps set up in the area. A team of doctors and nurses will be part of the Kidzcan team. This will be a great opportunity to catch any would be cancer patients early and begin treatment early. Food hampers have already been purchased and will be distributed during the visit.

Kidzcan continues to ask for support for the children and the people in the affected cyclone area, who are still desperatein  need of help. Once on the ground we will share with you the full extent of the children’s need.

Kidzcan’s theme for 2019 is NO CHILD SHOULD BE LEFT BEHIND.

Help us fulfil this mandate and increase the survival rate of children suffering from cancer in Zimbabwe.

Support another project run by Kidzcan Children's Cancer Relief that needs your help, such as: 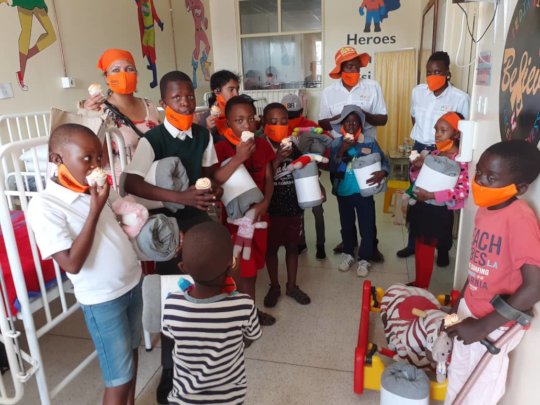 GlobalGiving
Guarantee
Donate https://www.globalgiving.org/dy/cart/view/gg.html?cmd=addItem&projid=39454&rf=microdata&frequency=ONCE&amount=25
Please Note
WARNING: Javascript is currently disabled or is not available in your browser. GlobalGiving makes extensive use of Javascript and will not function properly with Javascript disabled. Please enable Javascript and refresh this page.