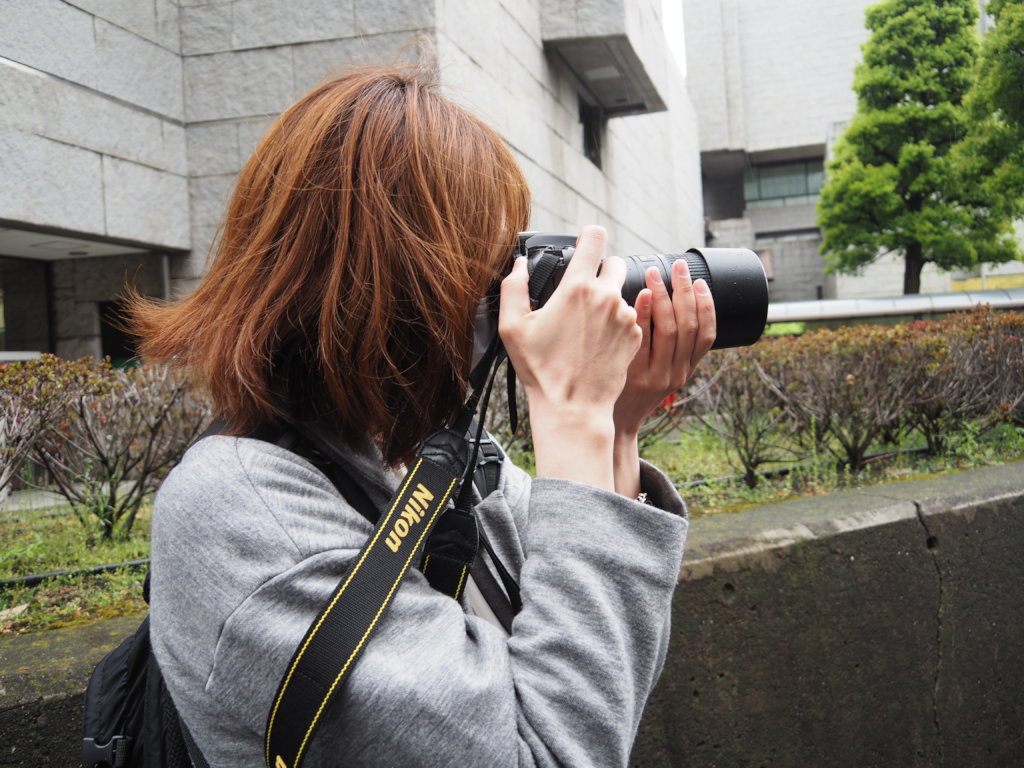 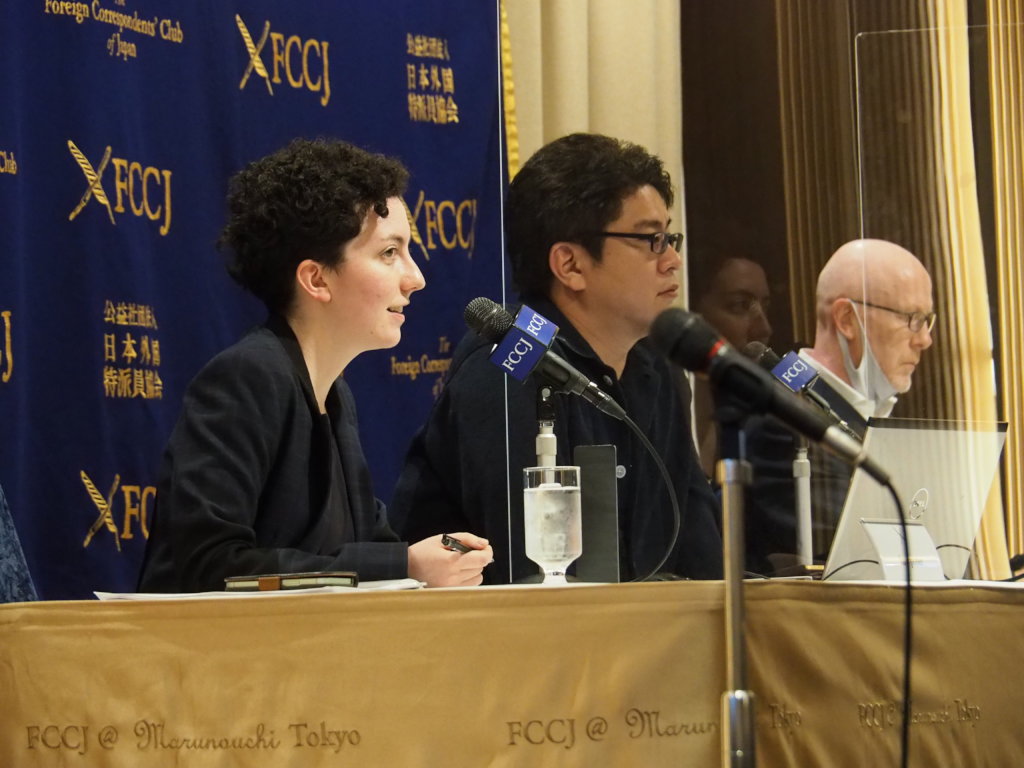 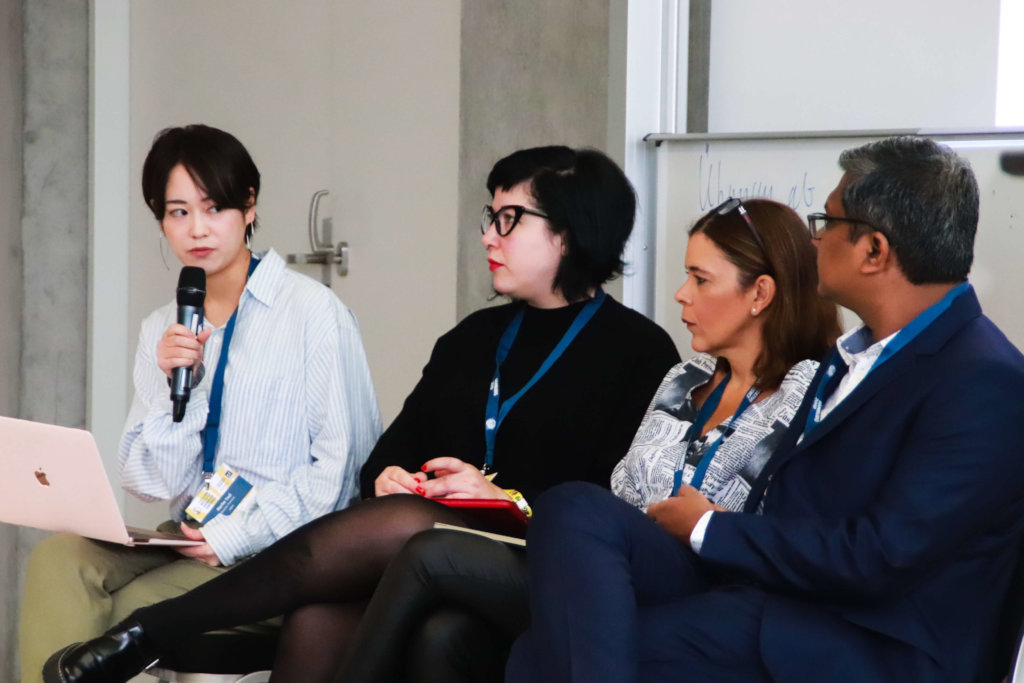 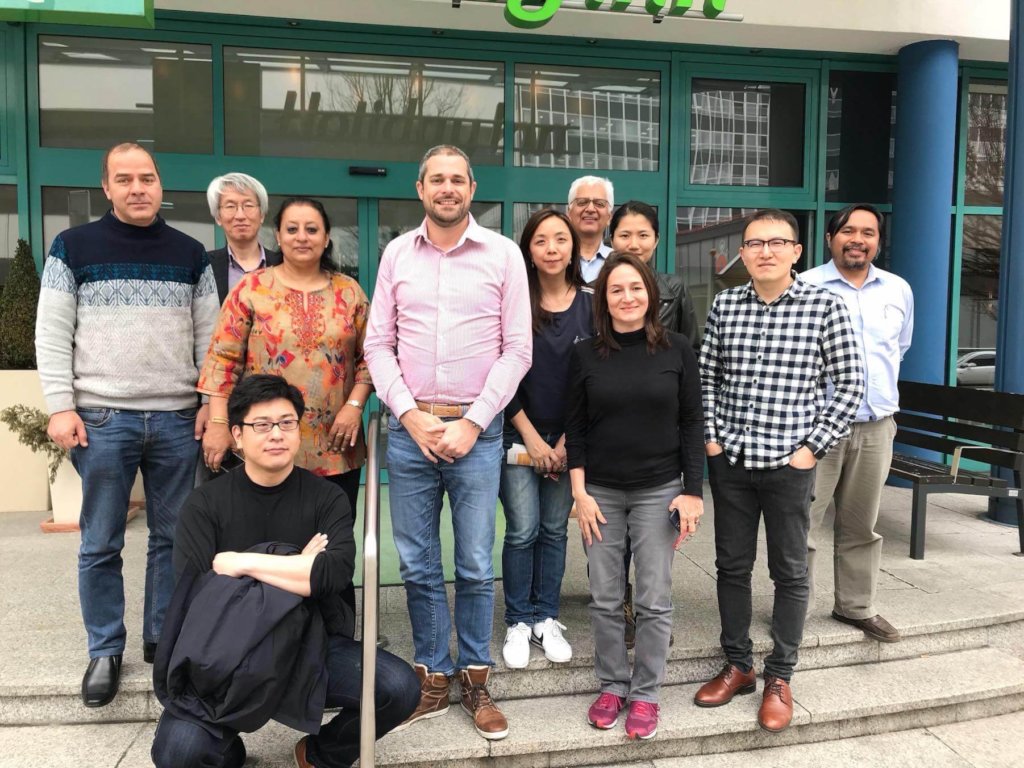 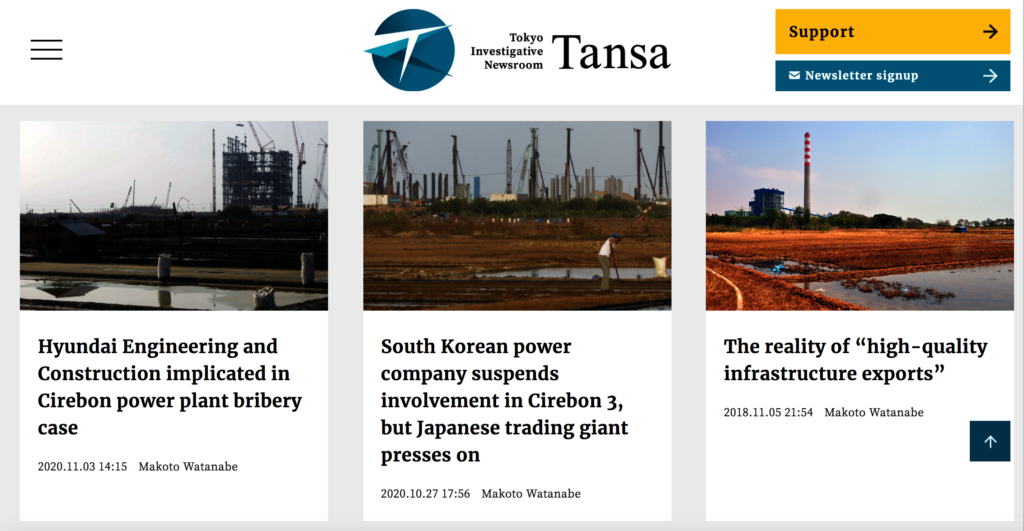 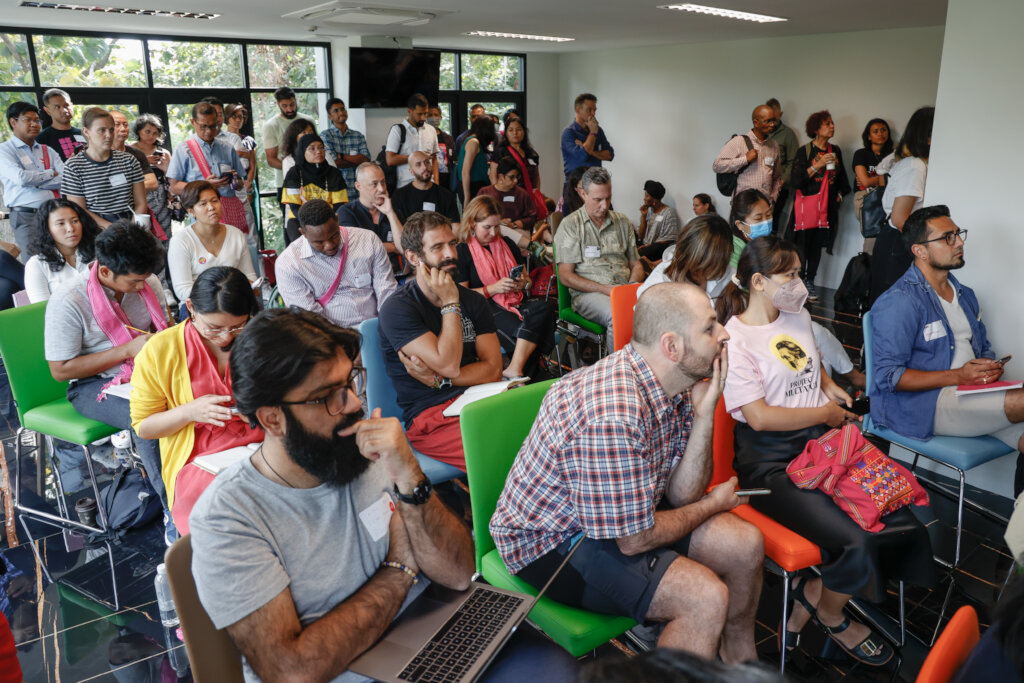 one of the sessions in Beta

Thank you all once again for your continued support. Because of your support, we were able to participate in the journalism conference ‘Splice Beta 2022’ in Chiengmai, Thailand this month.

Beta is an annual event for journalists and newsrooms in Asia. It attracts nearly 300 people from Asia and around the world. We shared with each other our research skills, news dissemination techniques, fundraising and other operational know-how.

The most wonderful thing is that I get to meet journalists from across the border. Nowadays, any social problem or injustice is not completed within a single country. It is essential for journalists to cooperate with each other across countries and regions.

We three reporters from Tansa participated in Beta. We were able to bring all kinds of knowledge and networking back to Japan. Based on this, we will continue to work hard to make our reporting more powerful and impactful.

That’s all for now. As a citizen-supported nonprofit newsroom, reader engagement has always been one of our primary objectives, and we hope to continue to connect with you, our readers, through our activities. From everyone at Tansa, we greatly appreciate your continued support, and we’re looking forward to sharing more stories and events with you! 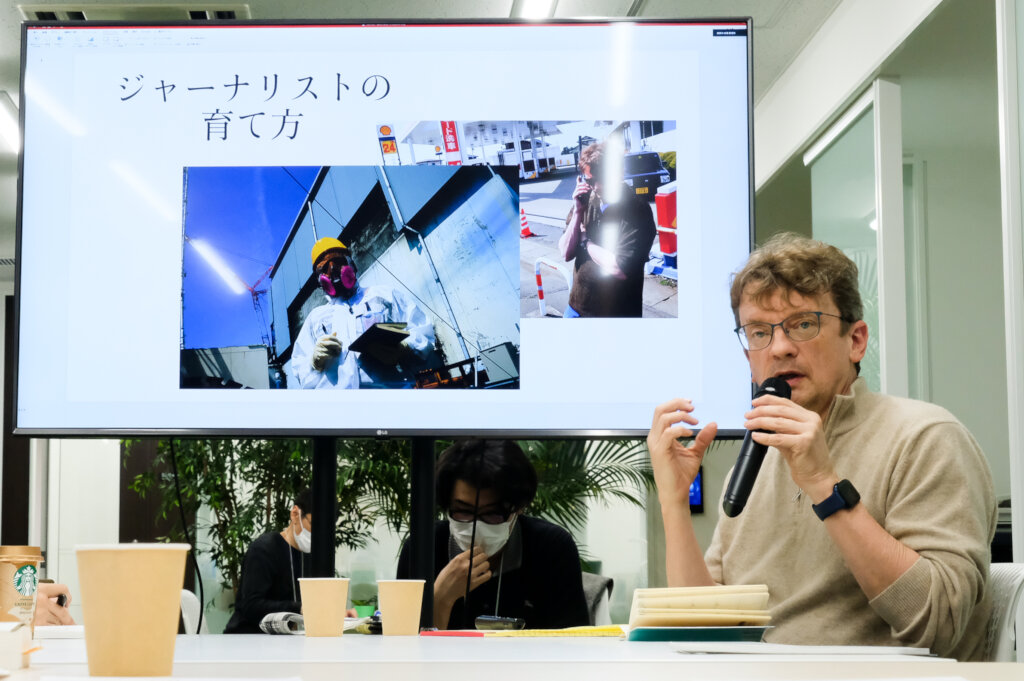 Thank you all once again for your continued support.

The theme of the keynote speech was ‘’The Rise, Fall and Rise of The New York Times.” The participants such as reporters, researchers, and NGO staff learned how The New York Times achieved a V-shaped recovery.

The editor-in-chief of Tansa listed three things that impressed him in Fackler’s talk. They are as follows.

1. Readers are looking for articles in which they can see the reporter. In the past, it was illegal for the "I" to appear in articles, but now articles without the "I" are not trusted.

2. Journalism is needed in an era when even presidents like Donald Trump lie and the lies spread through social networking services.

3. Readers are not stupid. They want one-of-a-kind reporting. Unlike "press club reporting," which is just what is published, investigative reporting is one-of-a-kind content.

Tansa will continue to create opportunities where both journalists and citizens can get the skills and mindsets of journalism.

That’s all for now. From everyone at Tansa, we greatly appreciate your continued support, and we’re looking forward to sharing more stories and events with you! 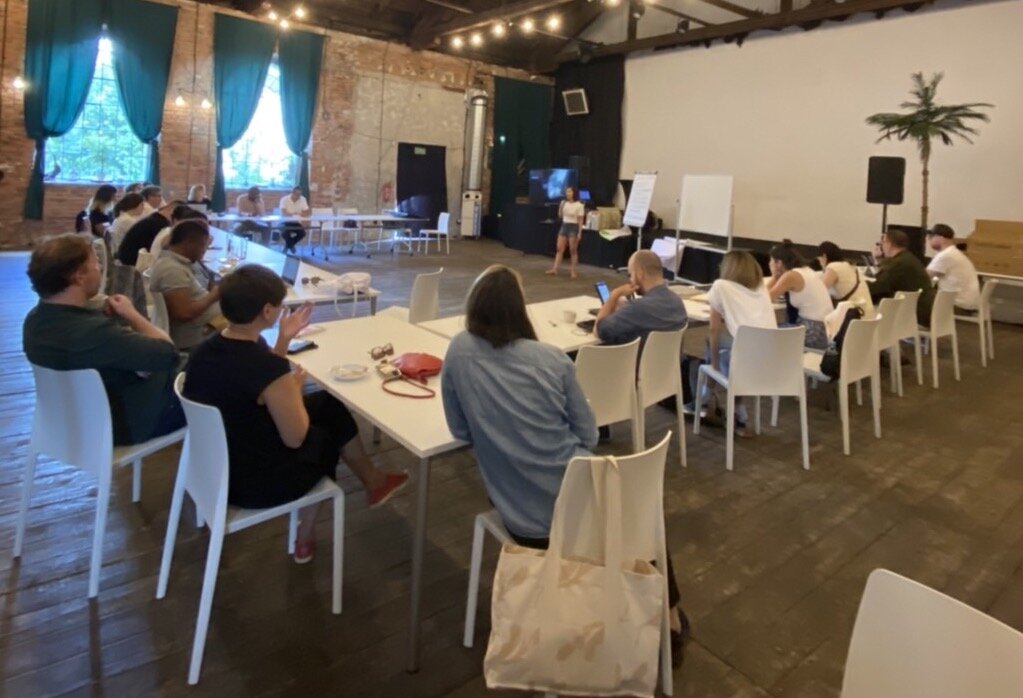 In June 2022, reporter Nanami Nakagawa attended the journalism training in Warsaw, Poland. It was organized by the Open Society Foundation, which supports Tansa. We were invited free of charge.

The training included brainstorming on how to deliver fair articles to more citizens and how to become a sustainable news organization. It was a week of solidarity with everyone and an update on journalism around the world.

Nanami received information from an African journalist she met about an injustice involving a giant Japanese company. We decided to report the story together. An international collaboration was born.

Tansa will continue to focus on international collaborations to expose corruption across borders.

Around the same time, Nanami's reporting series "Polluted with PFOA" won the grand prize at the PEP Journalism Awards, organized by the Asia Pacific Initiative. The head of the jury stated, "All of the judges highly commended the series for its investigative reporting.

We are able to do our in-depth coverage thanks to the people who support Tansa. Thank you so much for your support.

We will continue to do our best to be a news organization with social impact, and we appreciate your support and encouragement. 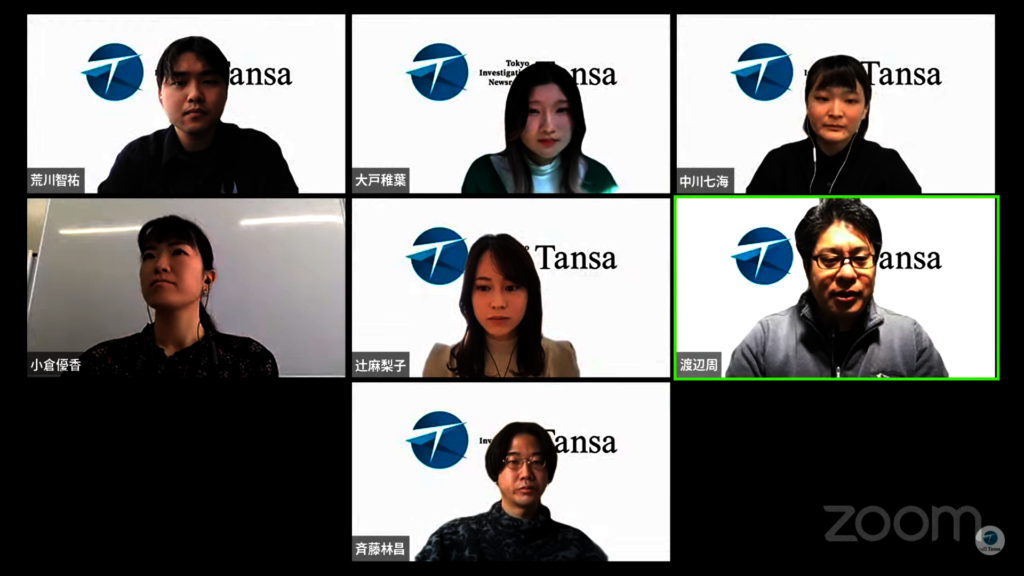 Thank you all once again for your continued support. Tansa was born out of the generous support of our donors—and now, because of your support, we have been able to celebrate our fifth anniversary this past February.

“Why Japan became 67th on the Press Freedom Index” In 2021, Japan ranked 67th in the world in the "Press Freedom Ranking" published by Reporters Without Borders. In a country where journalists' lives are not threatened and there are no visible constraints on the media, why does Japan rank 67th? Is there freedom of expression?

“The Missing Nuclear Scientist: the True Motive Behind the Kidnapping” Tatsuya Takemura, a nuclear scientist at Dynamo Fuel, disappeared from his dormitory in 1972. The police secretly investigated his disappearance as a suspected abduction. Did North Korea target the expertise of Takemura, who was known for his work in the field of plutonium?

“COVID-19 and Pharmaceutical Funds: Who Will You Trust?” Are the doctors and government commissioners we often see on TV and the Internet really presenting fair and correct information? Join us as we unravel and explain the conflicts of interest in the medical world from the perspective of "pharmaceutical money".

“Polluted with PFOA: Thoughts from the Team” Join the members of our PFOA reporting team as they reveal behind-the-scenes reporting secrets and anecdotes.

Each livestream can be viewed on our YouTube channel—take a look if you haven’t already!

Tansa has come a long way since we first departed on our journey, and we could not have made it this far without your support. As a citizen-supported nonprofit newsroom, reader engagement has always been one of our primary objectives, and we hope to continue to connect with you, our readers, through events such as these.

That’s all for now. From everyone at Tansa, we greatly appreciate your continued support, and we’re looking forward to sharing more stories and events with you! 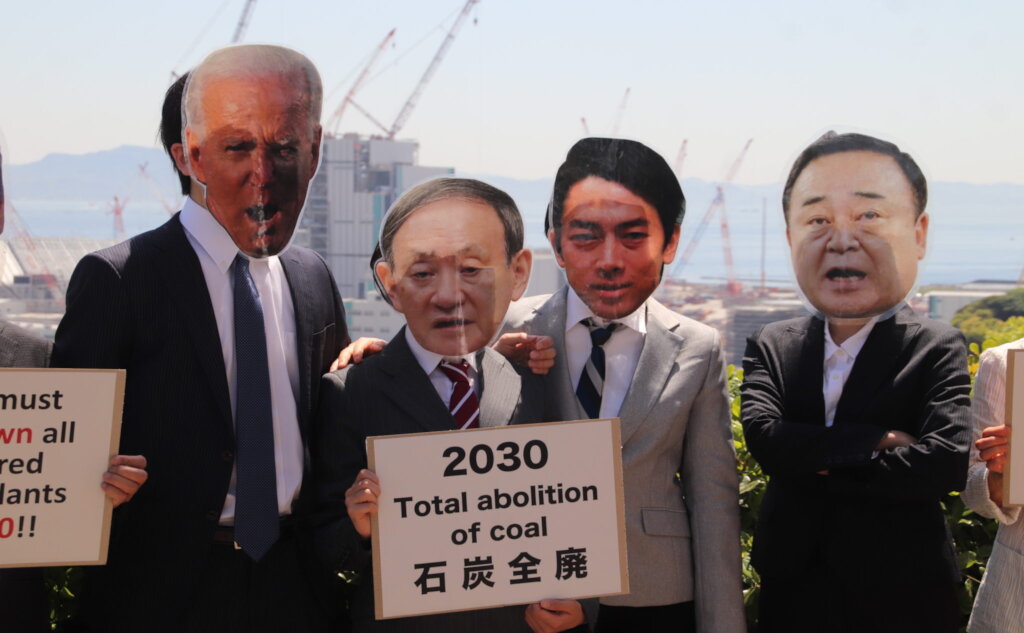 First of all, thank you once again for your generous contribution to our project. As a citizen-supported nonprofit newsroom, at Tansa donations mean so much more than just a way to keep on the lights — they are a way for readers to help create urgent, insightful news stories, as well being as sign to us reporters that we are on the right track. Tansa simply wouldn’t exist without our donors.

Thanks to all of you, we passed GlobalGiving’s requirements for staying on the platform — at least $5,000 from at least 40 individuals — giving Tansa a new revenue stream to tap into. We bumped up the project goal to $6,000 so that it stays open, as we continue to pursue cross-border investigations going forward.

Tansa participated in three major cross-border investigations in 2021, with articles released after the GlobalGiving project began. All our articles were published bilingually in Japanese and English. Here’s a quick summary of each story, with links to the relevant articles.

Coal Crusades
Tansa investigated a new, large-scale coal-fired power plant currently under construction in Yokosuka, a city near Tokyo. When it comes online, the power plant will emit 7.26 million tons of CO2 per year — but the utility that owns it, as well as the Ministry of Economy, Trade, and Industry, claim that it will actually reduce CO2 emissions by replacing an older, less efficient plant. But the old plant wasn’t even running.

We used the Yokosuka coal plant as a case study to examine Japan’s continued attachment to the dirtiest fossil fuel, as well as why its plan to implement so-called “clean” coal fails to adequately address the climate crisis. But there’s also reason to hope: Tansa spoke with lawyers, both in Japan and overseas, involved in climate litigation aiming to compel governments to strengthen their climate policies.

The coal stories were part of a collaboration with journalists from Australia, Indonesia, South Korea, Malaysia, and Vietnam to investigate coal in our respective countries and share our findings. Following publication, a number of us participated in an online event with Tortoise Media (UK) to discuss coal in the leadup to COP26 in Glasgow.

Tansa released three articles on this topic.
1. The coal plant that “reduces” CO2 emissions from zero to 7.26 million tons
2. Ministry of Economy feigned ignorance of basic climate science in lawsuit over coal plant
3. Why Japan doesn’t have until 2050 to go carbon neutral

Work on the investigation, which was part of ERC’s Oceans Inc. project, was split up according to each country involved in the Dalian Ocean Fishing supply chain, from labor recruitment to consumption. For example, a reporter in Indonesia interviewed former crew, one in China looked into the fishing company (and helped me decipher a Chinese-language audit report), and Tansa worked to prove that tuna from DOF’s deadliest vessel had indeed entered Japan.

The result was a more detailed, nuanced, and powerful story than any one of us could have hoped to tell on our own.

CumEx Files 2.0
Tansa participated in the CumEx Files 2.0 investigation coordinated by Germany media CORRECTIV (check out their article, as well as their previous investigation too). Our main source was the eponymous CumEx Files — 200,000 pages of documents that include investigation reports from various authorities, interrogation protocols from key witnesses and accused, internal bank documents, and emails — but we also had help from an Italian reporting partner, who says he “literally dug” through boxes of legal documents to find a report relevant to our investigation.

Although cum-ex is the most well-known variant, the investigation actually looked more broadly at the financial phenomenon of dividend arbitrage, also known as tax-driven share trades. Basically, it involves bankers, brokers, and wealthy investors implementing share trades that trick the system into giving them a tax benefit they are not entitled to.

(In a line I shamelessly stole — with attribution of course) CORRECTIV calls tax-driven trades “a story of inequality, [in which] people with power, money, and privilege are dipping into the tax funds that we all pay into.”

We released one article on this topic, with potentially more to come.
1. Nomura Group investigated by authorities in Germany, Italy for involvement in tax heist

That’s all for now. From everyone at Tansa, we greatly appreciate your continued support, and we’re looking forward to sharing more stories with you in the coming year! 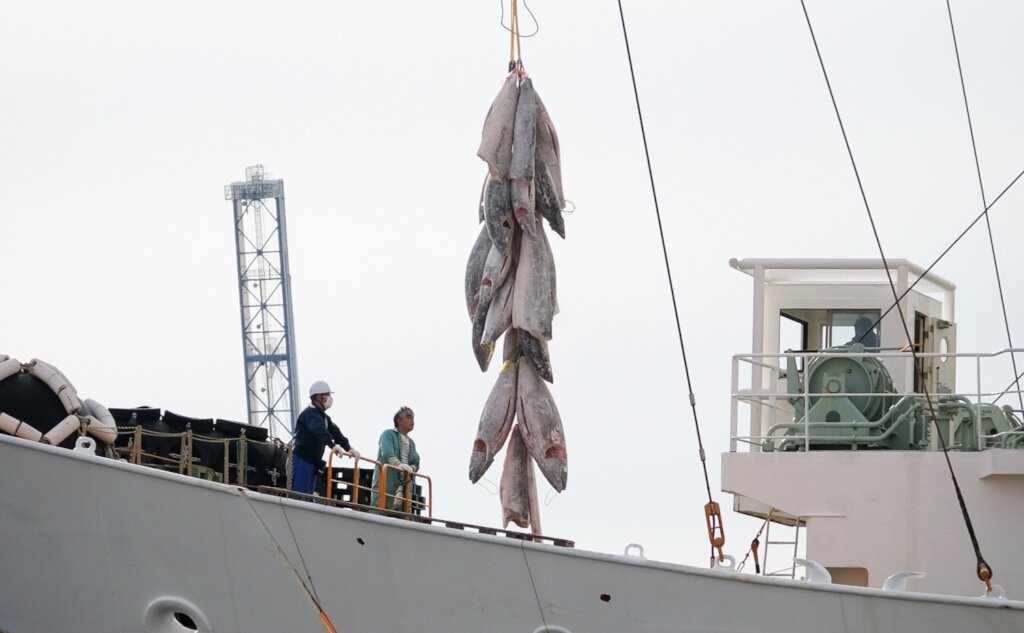 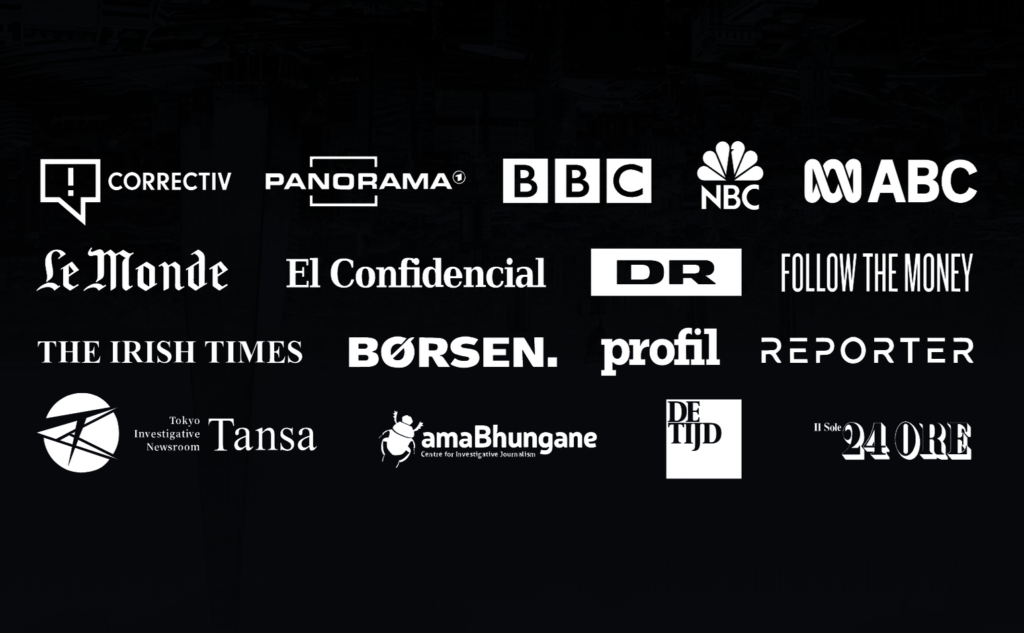 Donating through GlobalGiving is safe, secure, and easy with many payment options to choose from. View other ways to donate
Tansa has earned this recognition on GlobalGiving: