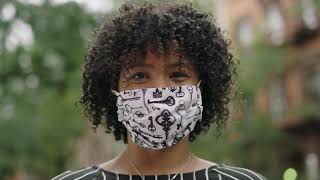 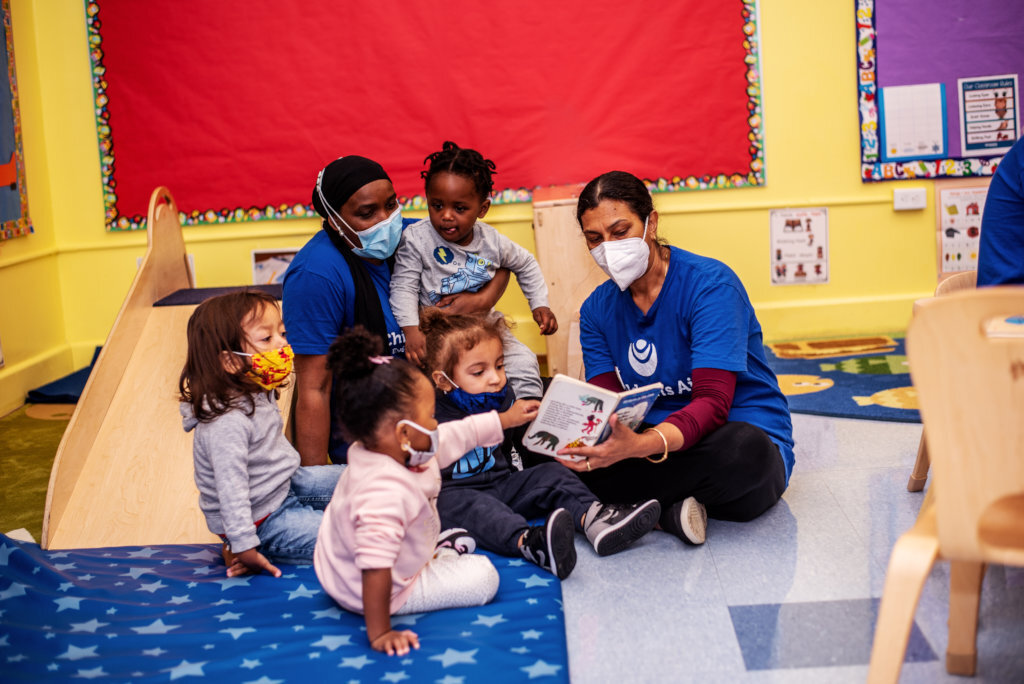 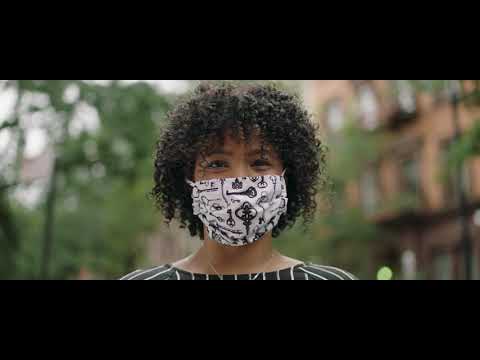 One Year After the Peak

One year ago, New York City was emerging as the global epicenter of the COVID-19 pandemic. Since that time, you and 1,764 other generous people from New York City, across the United States, and from five different countries around the world helped raise about $160,000 for our city’s young people. It’s been truly remarkable how the global community unites to care for one another during a time of crisis.

Over the past year, we’ve been dismayed by the loss and hardship, but also inspired by strangers helping strangers, children and families overcoming adversity, and the rapid development of vaccines. We have now passed the worst of the pandemic and hope to soon return to a sense of normalcy, but issues still remain. Like so many others impacted by this pandemic, our children, youth, and families continue to grapple with academic losses, hunger, poverty, unemployment, and emotional wellness. But we remain assured by the inspirational words of our young people and their families. We’d like to share a few of those with you: 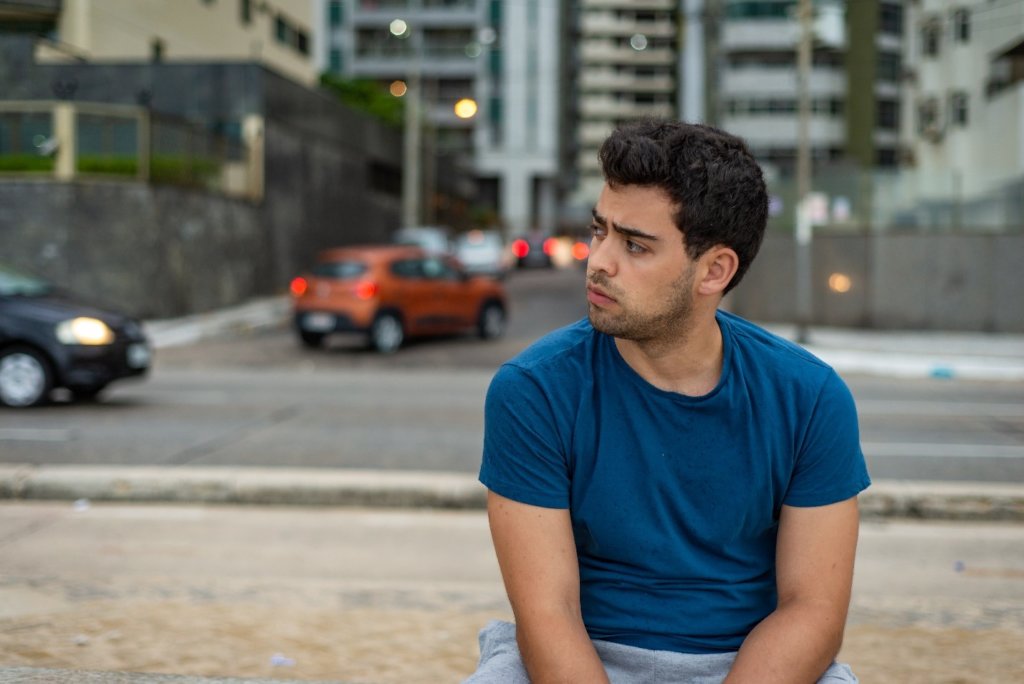 Hector*, 23, immigrated to the United States from Mexico, leaving behind his mother and father to join his siblings for a better life. When he arrived to New York City, he was immediately expected to seek full-time employment to help support his family.

But when Hector expressed a desire for a formal education, his siblings scoffed at him. He struggled with balancing the need to produce financially and wanting to pursue his American Dream. When he turned 16, his siblings grew weary of his obsession with school and kicked him out of their apartment. With nowhere to go, he ended up in foster care.

After he was placed with Children’s Aid, he continued to reach for achieving something bigger. He landed on becoming a math teacher, so he worked closely with our academic tutors and foster care social workers to help him prepare, apply, and eventually enroll in Guttman Community College. In the spring of 2019, he was so excited to graduate and earn his associate degree, and saw the graduation ceremony as an opportunity to reconnect with his siblings — so he invited them. At graduation, he walked across the stage, proud of his accomplishments, and looked out to the crowd for his siblings — but they weren’t there. Hector was really hurt, but resolved to keep striving for his goal. And his resolve paid off: he was accepted to City College of New York and began pursuing his bachelor’s degree in the fall of 2019, with all tuition, dorm, and mental health therapy costs covered by Children’s Aid and the Administration for Children’s Services’ Dorm Project.

The transition from community college to a full four-year college was not easy. City College was bigger and less tight-knit than Guttman, and the large class sizes and intense coursework proved challenging. But Children’s Aid provided him with targeted academic tutoring, and social-emotional supports to help him cope with the rejection from his siblings.

We also recently worked closely with Hector, who is undocumented, to help navigate the immigration system, and connected him to resources to pave a pathway to citizenship. Things were looking up.

Then March 2020 came. Just months away from finishing his junior year in college, he received the news: the dorms were closing because of a raging pandemic. His dorm was his only home — where would he go?

He turned to his Children’s Aid and Dorm Project contacts to quickly secure an emergency foster care placement. Without their help, Hector would have been homeless. After several months in a foster home, Hector was struggling with the loss of independence he had enjoyed at college. After COVID-19 case counts in New York City lowered, a dorm reopened, and we advocated for him to obtain a placement. After moving back in the dorm, he began thriving once again.

With his life back on track, Hector spends a lot of his time in his dorm room studying diligently to become a math teacher. He now has his eyes set on graduate school to get his master’s in teaching.

These services we provided to Hector, and so many youth just like him, were only possible because of your support. Thank you for giving Hector a lifeline and helping him get through this difficult year.

*An alias name and stock photo are being used to protect the security of our client.

Tiffany Had COVID-19. You Helped Her Recover.

For New York City’s lower-income children and families, living in what was once the global COVID-19 epicenter was a frightening ordeal. But because of generous friends like you, since the beginning of the pandemic we have been able to provide medical care to 7,000+, food relief to 45,000+, and family crisis interventions to 1,000+. Pandemic-related hunger still remains a severe issue in New York City (we started a fundraiser for hunger relief), but we are thankful that at least our health centers and hospitals are no longer overwhelmed and overcapacity. In fact, New York City has gone from being the global epicenter of the pandemic to reporting just a handful of new cases a day. Getting to this point was not easy at all — but you helped us get here.

Some of you may recognize the above picture of Dr. Monica Mirchandani from a tweet we featured her in. She is one of our pediatricians here at Children’s Aid working at our community health clinic in the South Bronx, one of the neighborhoods in New York City that was hardest hit. Through your support, she and other Children’s Aid staff have been able to deliver lifesaving work to so many who needed it. We want to tell you the story of one of those patients.

In April, 19-year-old Tiffany* presented to our Bronx Community Health Clinic with flu-like symptoms. She was immediately tested for COVID-19, and a few days later, she was given the results: Positive. Since Tiffany’s case wasn’t severe enough to go to the hospital, Dr. Mirchandani advised that she isolate herself in a room, drink plenty of fluids, get lots of rest, and continue to call our health clinic to monitor her symptoms. Since she was living in a homeless shelter with close communal living, it was imperative for the safety and well-being of those around her that she isolate herself in a room.

During her quarantine, Tiffany felt caged up and needed an outlet. Since Children’s Aid has more than 100 programs for children and youth, Dr. Mirchandani was able to refer her to a virtual teen recreation group to provide her with a social outlet. To help cope with the anxiety she was feeling, Dr. Mirchandani referred her to Children’s Aid’s mental health counseling. Tiffany was paired with a therapist who helped her focus on skills to cope with all the uncertainty and stress. Two weeks after being diagnosed, Tiffany made a full recovery thanks to the information, treatment, social outlet, and emotional support she received — and that is all thanks to your generosity. Thank you. 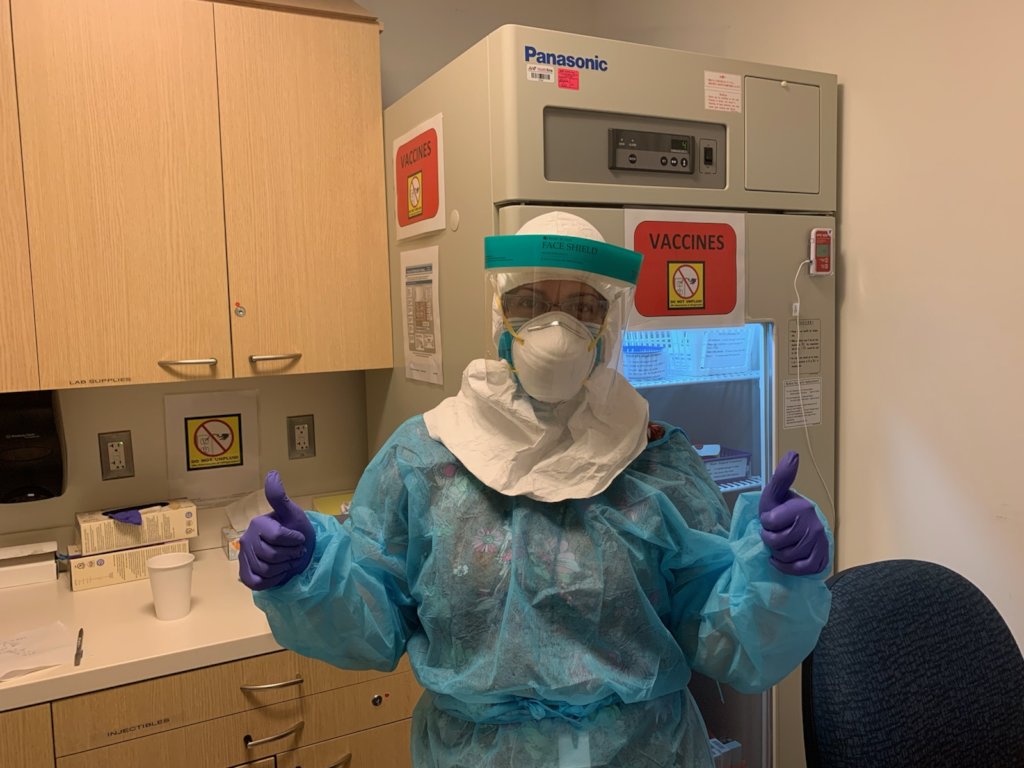 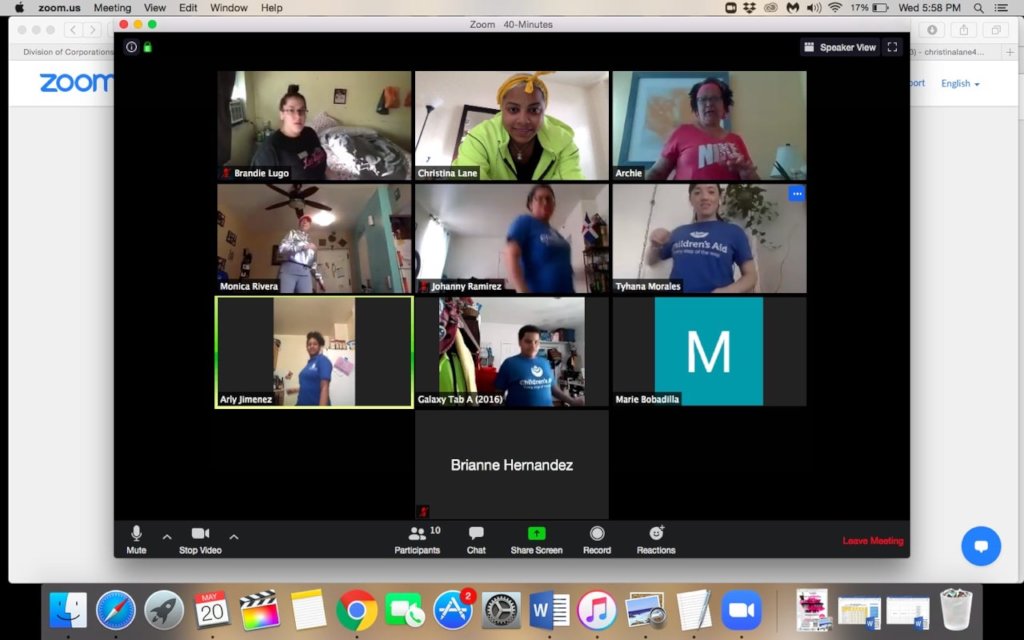 GlobalGiving
Guarantee
Donate https://www.globalgiving.org/dy/cart/view/gg.html?cmd=addItem&projid=45593&rf=microdata&frequency=ONCE&amount=25
Please Note
WARNING: Javascript is currently disabled or is not available in your browser. GlobalGiving makes extensive use of Javascript and will not function properly with Javascript disabled. Please enable Javascript and refresh this page.