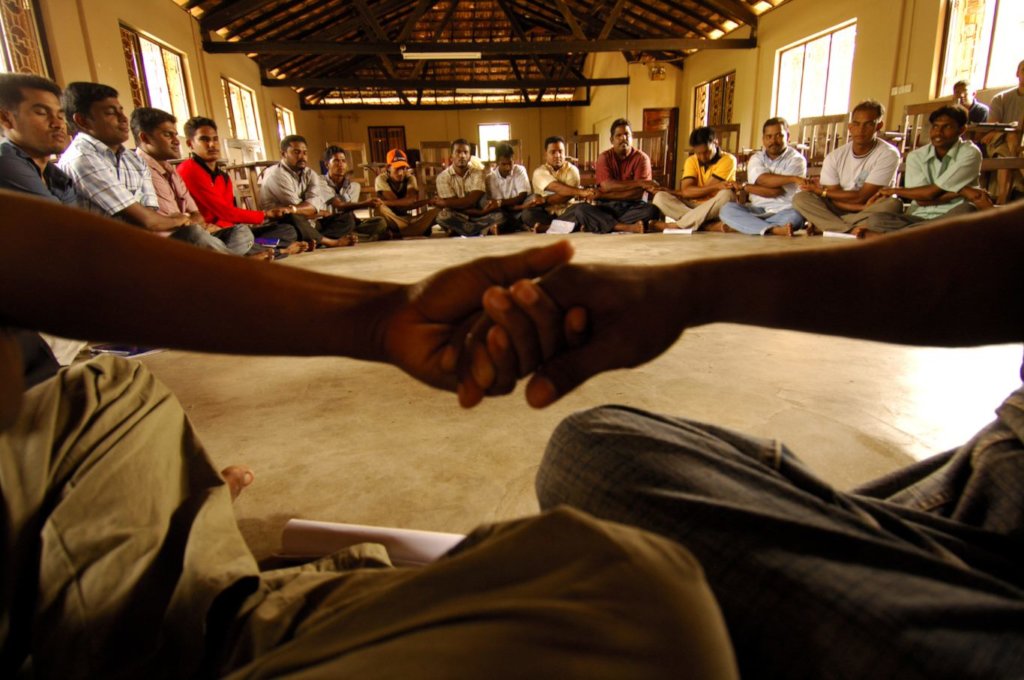 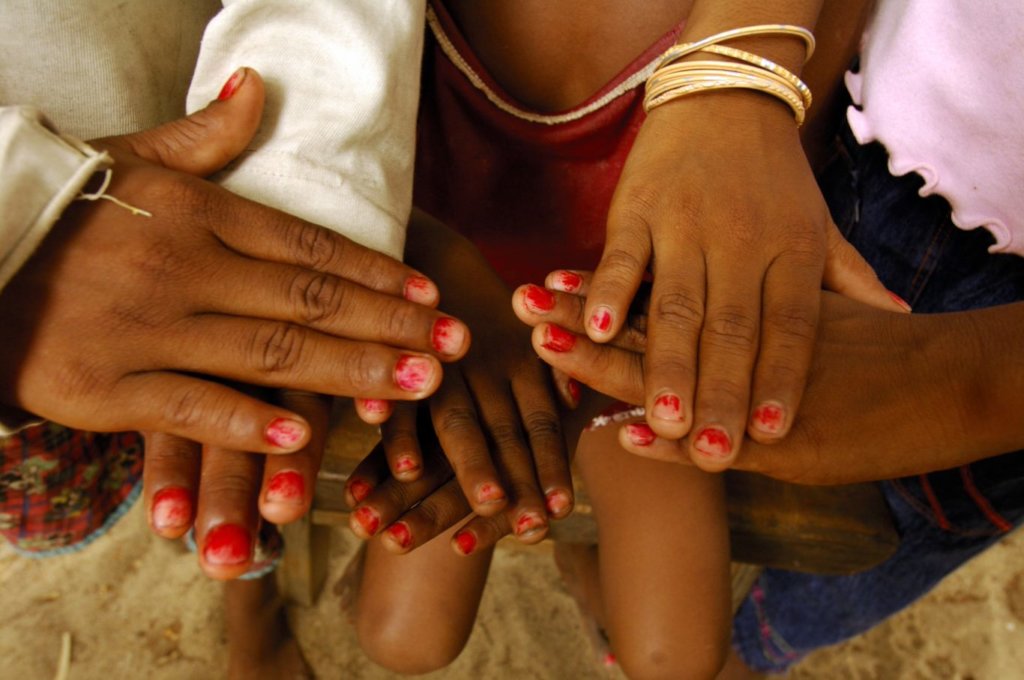 By supporting this project, you are helping to connect local people around the world who are working together to stop wars and build peace - one person at a time.

For a detailed update on the connections and work you are supporting, check-out last month's Peace Insight Newsletter - which features a selection of the best new research and resources on local peacebuilding worldwide (as chosen by Peace Direct).

For more regular updates from the Peace Insight and Peace Direct teams, take a moment to sign-up to our mailing list. We'll send you weekly stories, as well as more information about ways you can help support local peacebuilding.

Thank you for helping to make peace possible!

By Oscar - Fundraising and Engagement Officer

By supporting this project, you are helping to connect and support local people around the world who are working together to build peace - one person at a time. This report has been adapted from this month's Peace Insight Newsletter, which features a selection of the best new research and resources on local peacebuilding worldwide (as chosen by Peace Direct).

i. Security integration in conflict-affected societies: considerations for Myanmar

In this publication Saferworld draws on the experiences of a number of countries around the world focusing on three themes: sustaining security sector negotiations and making them more inclusive; the institutional features of security sectors in federal countries; and the integration of non-state armed groups with national security bodies. It discusses how Myanmar can effectively learn to employ inclusive peacebuilding as like many divided societies Myanmar has experienced conflict along ethnic and religious fault lines.

In the second article, from Conciliation Resources, the subject of interest is building peace across borders with a particular focus on the often forgotten and complex borderland regions and the interests of communities living there. The paper draws on seven case studies to highlight the tendency of policymakers focus on central governments and regions due to access to power and influence.

iii. Unity and reconciliation in Rwanda

In the third article, International Alert examines the role of social cohesion and peacebuilding efforts in Rwanda. This article specifically analyses community perspectives on how the National Policy on Unity and Reconciliation can be utilised by decision-makers, to address not just the existing gaps within the policy itself, but other conflicts and tensions that continue to hamper unity and reconciliation in the country.

The final article, from swisspeace, examines how the division and management of aid and aid-related resources in conflict countries can, if not managed properly with a balance of standards and best practice but also respecting and understanding local norms, do more harm than good. The author focuses on South Sudan as a case study where local, traditional social security mechanisms are vital for the survival of South Sudanese in times of crisis and are based on concepts and longstanding practices of mutual support, social obligations and vulnerability that can be seen to conflict with ideals of transparency and accountability.

By supporting this project, you are helping to connect and support local people around the world who are working together to build peace - one person at a time. This report has been adapted from this month's Peace Insight Newsletter, which features a selection of the best new research and resources on local peacebuilding worldwide (as chosen by Peace Direct).

i. Mali on the brink: local voices for peace

Mali on the brink, from Peace Direct, is the latest in the ‘Local Voices for Peace‘ series of reports, the aim of which is to raise the profile of civil society perspectives on peace and conflict. This report presents the findings of Peace Direct’s ‘Peace Exchange’ that took place in Bamako in May 2018, bringing together 20 representatives from Malian grassroots peacebuilding organisations to discuss the drivers of violent conflict, and the local capacities that exist to build peace.

ii. In it for the long haul? Lessons on peacebuilding in South Sudan

In it for the long haul, from Christian Aid, examines approaches to peacebuilding in South Sudan and seeks to identify key principles or lessons for those who wish to understand peacebuilding in the country. The report shares 10 such ideas, each alongside a case study demonstrating their impact.

iii. If victims become perpetrators: Factors contributing to vulnerability and resilience to violent extremism in the central Sahel

If victims become perpetrators, from International Alert, looks at factors contributing to vulnerability or resilience to violent extremism among young people in Mali, Niger, and Burkina Faso. As well as identifying push and pull factors, the report looks at strategies used to tackle violent extremism in the region.

Communities tackling small arms and light weapons in South Sudan, from Saferworld, explores community-based solutions to the proliferation and use of small arms in South Sudan. The study draws upon Saferworld's work in the region and shares some of the key lessons learned from the project.

v. Pre-conditions for peace: A civil society perspective on the Cyprus problem

Pre-conditions for peace, from the Peace Research Institute Oslo (PRIO), looks at pro-peace civil society in Cyprus. Through three case studies, the report assesses the success, limitation and potential of grassroots mobilisation for peace in Cyprus.

a. To build a Syrian house: When poetry and peace intertwine

Poets Antony Owen and Isabel Palmer have written for over 10 years on issues relating to conflict and peace. Here, they reflect on the strength of poetry to provide depth and truth to the first-hand experiences of conflict, and to breath life into dreams of a peaceful future. Through exploring several poems provided by our guest contributors, this article seeks to present ways that poetry can help people come to terms with conflict, share their lived experience, and communicate stories about peacebuilding from civilians who are often overlooked in conflict zones.

b. The 10th KROKODIL Literary Festival: a debate on common language and historical revisionism in the Western Balkans

Despite increased mobility across borders and the “normalization” of relations, literary work produced in countries and new authors that emerged after the Yugoslav wars remain largely unknown outside of their national audiences. Hence, as author Arsenijevic testifies, one of KROKODIL’s key objectives is to communicate “that we are all united by a single, unifying language that we can all understand and read without translation.”

c. Prospects for peace on the Korean peninsula

Over recent months, and particularly with the historic and unprecedented summit between President Trump and Chairman Kim Jung Un in Singapore on June 12, 2018, the potential for reducing tension and conflict on the Korean Peninsula and moving toward a resolution of the long-standing conflict is emerging. Commentators around the world and the people of Korea welcomed the summit as a new direction and one step closer to peace, but what does that mean for local peacebuilders?

d. Does life matter to Colombians?

On the 3rd of July, most Colombians were celebrating a stunning performance from their national team at the football World Cup. Yet at the same time, several assassinations and massacres were happening in different regions across Colombia, and a horrific audio recording was being shared across civil society. Whilst many Colombians will remember this day as the day we were defeated by England in the World Cup, this article calls for Colombia to denounce violence on this day and every day, and protect its social leaders and peacebuilders by raising awareness of the risks they are facing by serving their communities. 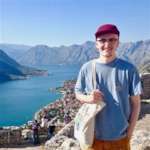 Project Leader:
Oscar Lester
London, London United Kingdom
$181 raised of $10,000 goal
You last donated to this project on
3 donations
$9,819 to go
* Amounts in US Dollars
Donate Now
Donate once
Donate monthly
$10
USD
pays for skype and mobile credit for local peacebuilders to network
›
$15
USD
pays for a Local Peacebuilding Expert to interview a local activist and help raise the profile of their peaecbuilding work
›
$50
USD
pays for an online profile for a local peace organisation to help attract funding
›
$70
USD
helps spread accurate information about conflicts which help make interventions quicker and more effective
›
$200
USD
contributes to the visit of a local peacebuilder to a UN office or embassy to raise the profile of local people building peace
›
$500
USD
pays for a local organisation to take part in a conference on peace and security and contribute their expertise
›
$800
USD
helps map peace organisations in a new region of a conflict-affected country
›

Make a monthly donation & get matched today at 100% while funds remain. Terms and conditions apply.
Give the gift of stability in a time of instability. Set up an automatic, monthly gift now and get matched at 100%—because the COVID-19 pandemic has hurt us all, and it will take all of us to overcome it. Terms and conditions apply.
Monthly giving is as easy, safe, and as inexpensive as a Netflix subscription. Start a monthly donation to Peace Direct today and get matched at 100%. Terms and conditions apply.
$10
USD
monthly
pays for skype and mobile credit for local peacebuilders to network
›
$15
USD
monthly
pays for a Local Peacebuilding Expert to interview a local activist and help raise the profile of their peaecbuilding work
›
$50
USD
monthly
pays for an online profile for a local peace organisation to help attract funding
›
$70
USD
monthly
helps spread accurate information about conflicts which help make interventions quicker and more effective
›
$200
USD
monthly
contributes to the visit of a local peacebuilder to a UN office or embassy to raise the profile of local people building peace
›
$500
USD
monthly
pays for a local organisation to take part in a conference on peace and security and contribute their expertise
›
$800
USD
monthly
helps map peace organisations in a new region of a conflict-affected country
›

Donating through GlobalGiving is safe, secure, and easy with many payment options to choose from. View other ways to donate
Peace Direct has earned this recognition on GlobalGiving:

GlobalGiving
Guarantee
Donate https://www.globalgiving.org/dy/cart/view/gg.html?cmd=addItem&projid=26475&rf=microdata&frequency=ONCE&amount=25
Please Note
WARNING: Javascript is currently disabled or is not available in your browser. GlobalGiving makes extensive use of Javascript and will not function properly with Javascript disabled. Please enable Javascript and refresh this page.