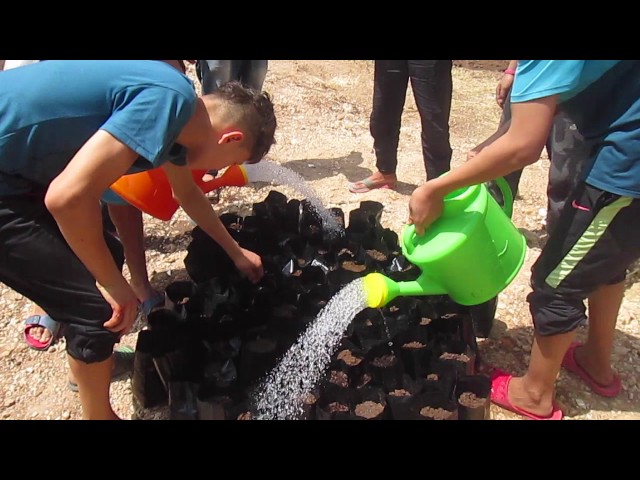 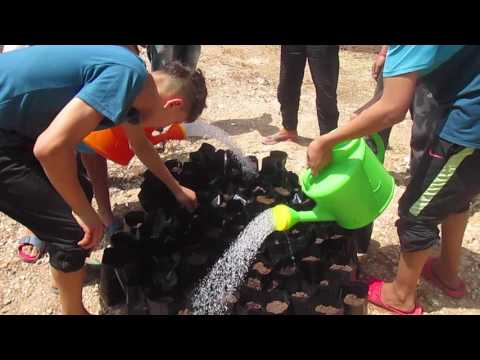 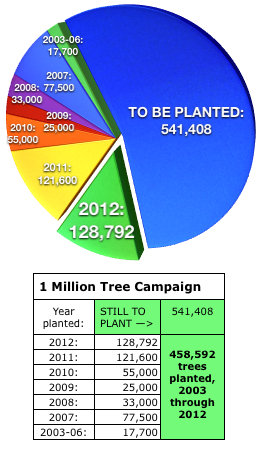 HAF does not simply go into a community and plant trees. We only plant trees if a community’s members have decided through their participatory planning process that transitioning from subsistence farming to raising fruit and nut trees would improve their lives... and then, they choose the kind of trees and they build the tree nursery. They send representatives of each village to learn how to raise trees while helping run the nursery, and they pass along their learning to fellow villagers. After 2 years, the young fruit trees are distributed to households for their orchards. By 6 years later we generally see families’ incomes double, and for many families the increase is multiple-fold.

For a village to decide to transition after generations of subsistence farming (barley and corn) to raising fruit trees, requires a treendous amount of courage.

This year, the High Commission of Waters and Forests and its Marrakech regional department supplied the encouragement. By lending arable land on which to grow the nurseries, they have helped reduce the risk and eliminate the cost of the trees for the farmers.

The High Atlas Foundation facilitates community dialogue regarding projects and works together to raise financial support for material and training costs, and the benefitting communities contribute their labor in-kind.

Trees distributed from nurseries:
In February, 22,000 walnut and cherry tree saplings were distributed to families in 43 villages in the Taroudant Province - from 2 nurseries established by HAF in 2010 in memory of Kate Jeans-Gail Memorial, a former Peace Corps Volunteer who served in and loved Morocco.

While we all know the environmental benefits from trees, that’s not the only reason for this campaign. Trees are also good for Morocco as a means to fight desertification and erosion and also to lift entire rural communities out of poverty. (Trees alone of course cannot end poverty: Nurseries combined with irrigation projects (integrating clean drinking water whenever possible), value added and other initiatives that add economic diversity, and skills-building education are the most common priorities expressed by approximately 120 rural villages in 6 provinces with whom HAF currently partners. HAF is also dedicated to these community projects.

Rural Moroccans make up approximately 45% of the country’s population of 32 million, and the World Bank estimates that 85% of their households earn less than the national average. As a corollary, 19% of the Moroccan population live beneath the national poverty line, with 70% of that 19% living in rural areas.

The combination of population growth and the low market-value of traditional staple crops (corn and barley), from which most rural households derive their income, have made subsistence agriculture unsustainable. According to Morocco’s Ministry of Agriculture, these staples are planted on more than 70% of agricultural land, yet account for only 10-15% of agricultural revenue.

Achieving 1 Million Trees in 2013:
In 2013, HAF together with community and government partners are mobilizing to plant 11 fruit tree nurseries in seven provinces (Al Haouz, Azrou, Errachidia, Khenifra, Rhamna, Taza, and Taroudant) - to greatly benefit 50,000 people. The 550,000 trees will make it possible to not only achieve but perhaps even to surpass the 1 Million Tree goal.

The High Commission of Waters and Forests’ lending the use of arable land to benefit the rural villages near national parks is extremely helpful and wonderful,and this year the first such nursery was implemented at Toubkal National Park in Tadmamt, Al Haouz province. The Jewish Community of Marrakech is also lending the use of arable land for community nurseries near some of their culturally historic rural sites to benefit rural families also in Al Haouz. The Lodestar Foundation was the financial catalyst to enable planting in 2013 the first nursery in this new partnership in the region of Akraïch. The OCP Foundation and the Ministry of Agriculture are supporting the olive tree planting in the Rhamna province. G4S North and West Africa, the Penney Foundation, and the Jeans-Gail family funded the nurseries in the Taroudant province. Newlyweds Wahiba Benloughmari and Michael Gilliland are enabling the Taza nursery to begin. Former Peace Corps Volunteers are remembering their late and dear colleagueTom Tolen, by seeking to benefit communities also near Taza where he served.

2 Days in the Lifecycle of a Fruit Tree Nursery

In his Tree Distribution Report, Project Manager Abderrahim Ouarghidi explains that in February 22,000 walnut and cherry trees were distributed to families from 2 fruit tree nurseries established by HAF in 2010. Beginning with 25,000 walnut trees and 20,000 cherry trees, these nurseries have been carefully managed for 2 years, now providing 43 villages with trees of their own.

Due to poor growing conditions last year (snow that arrived at a later than optimal time), a number of cherry trees were lost, leaving only 6000 ready to be distributed. The remaining 7500 cherry trees will be kept in the nursery for another year to be re-grafted next year and then distributed. Those 7500 trees will benefit 300 households in the 12 villages which did not receive trees this year.

This nursery project was considered a successful training program for the villagers who learned all of the necessary skills of upkeep, pruning, grafting, etc. leading up to receiving trees of their own.

The whole process of distributing the trees took 2 days. Cherry and walnut saplings were transferred from the nurseries where they had been raised, bagged, accounted for, and then transported to their new homes in remote douars (villages). The attached photo collage of the walnut tree distribution shows just how remote these areas are, some of the people who participated in this enormous task, and finally the farmers awaiting delivery of the new trees which they know will transform their lives.

The Planting Season Begins in January!

By Dr. Yossef Ben-Meir - President of the High Atlas Foundation 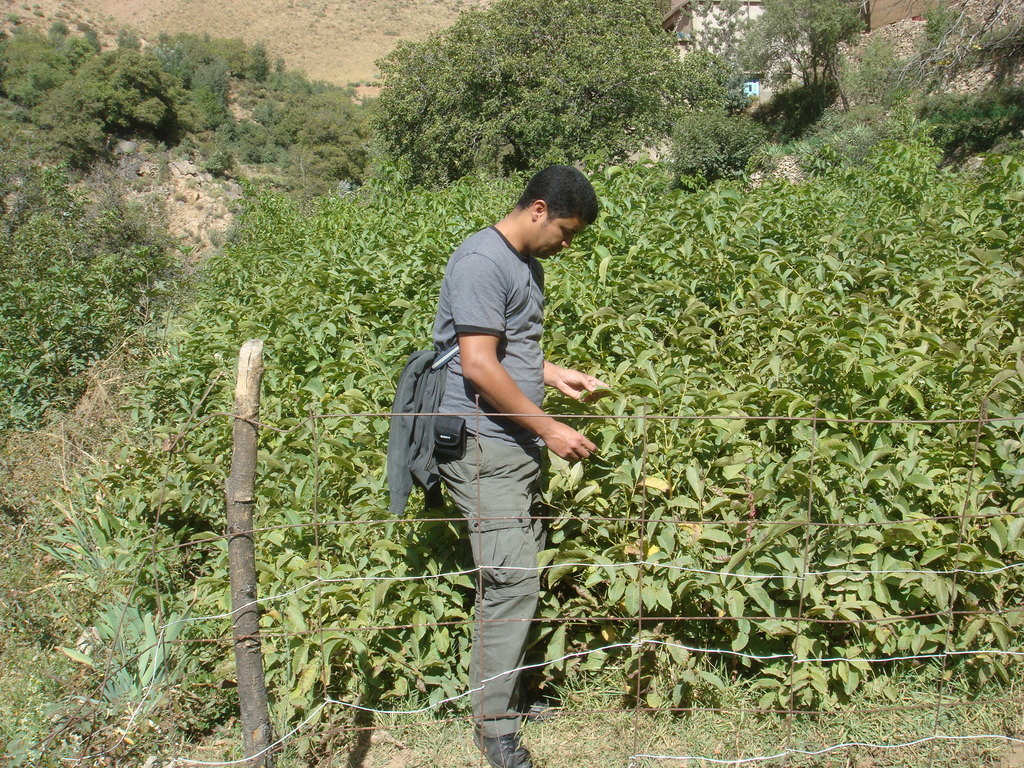 The planting season begins in January 2012.  Now is when you can make a profound difference in the lives of rural Moroccan families.  Eighty-five percent of rural households earn less than the national average.  The low market-value of traditional staples barley and corn (grown on approximately 70 percent on Moroccan farmland yet generate 10-15 percent of agricultural revenue) has compelled farmers to transition to plant cash-crops, most commonly fruit trees, to generate significantly greater income.