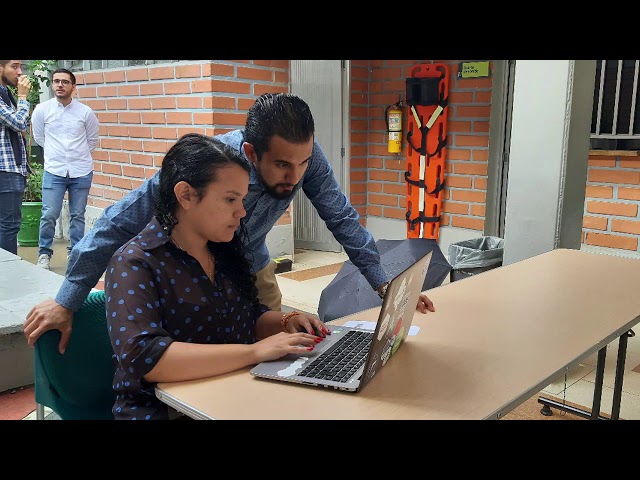 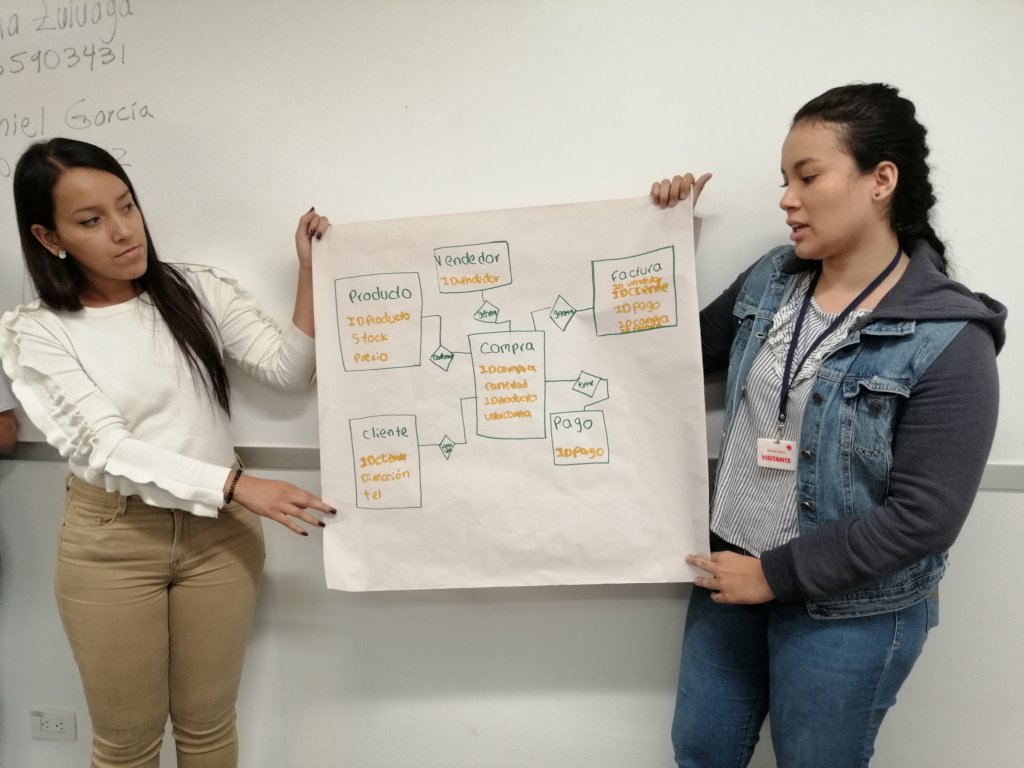 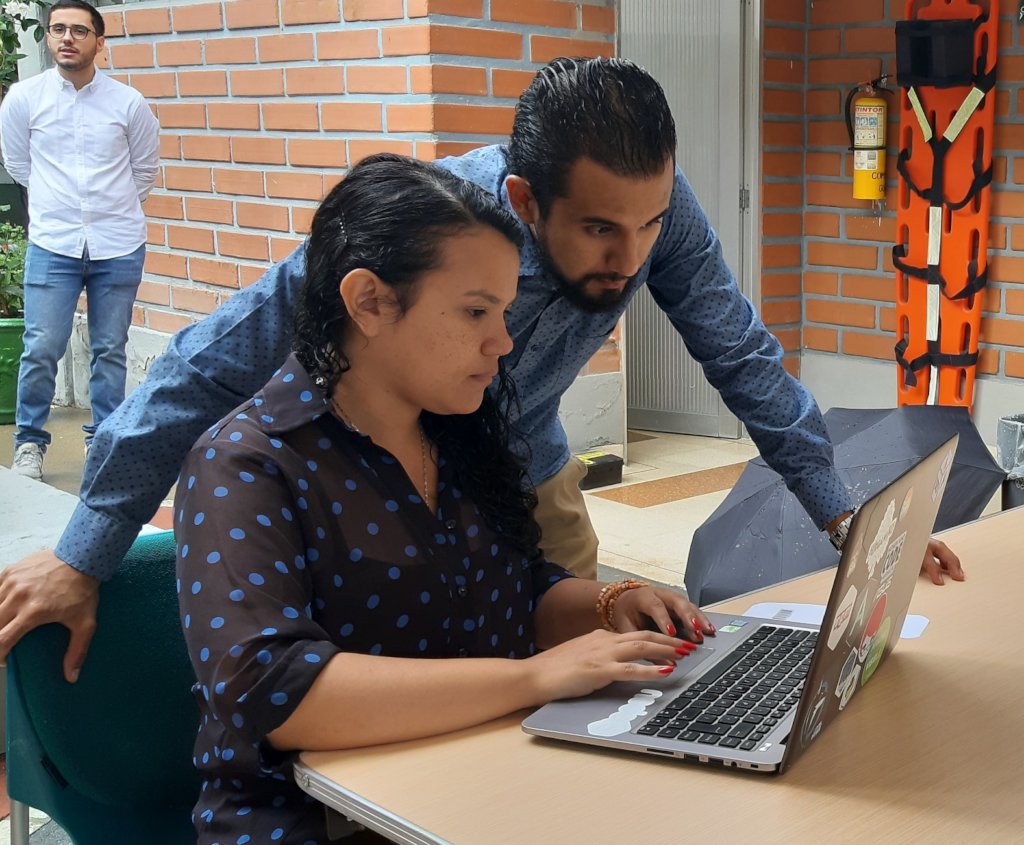 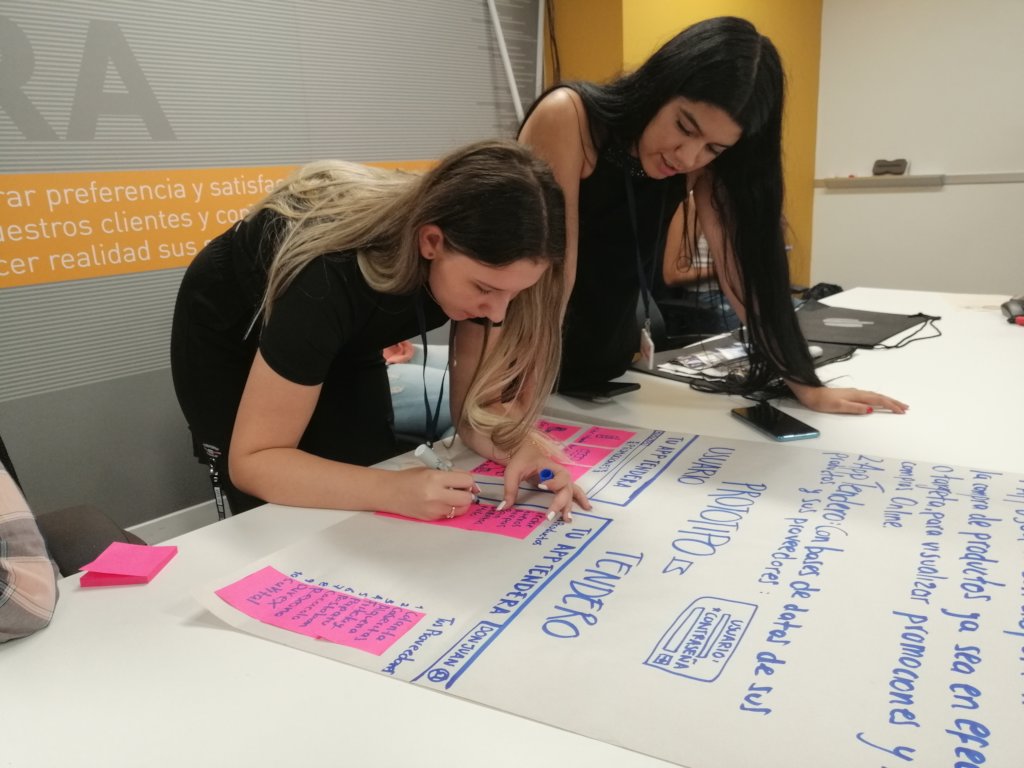 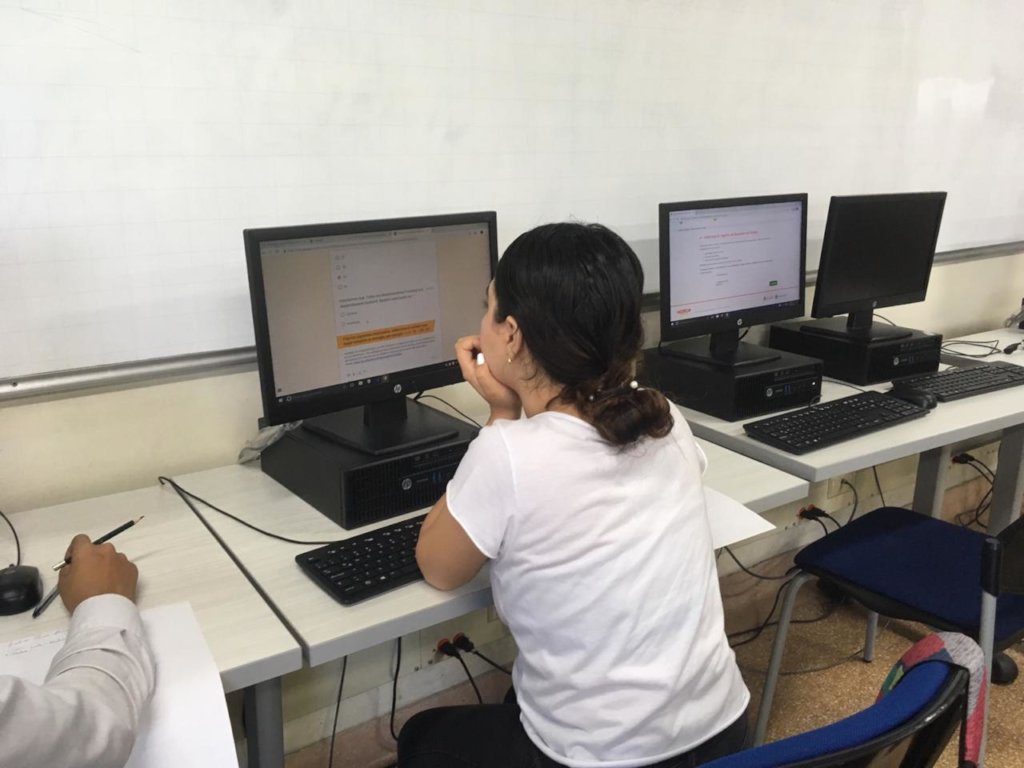 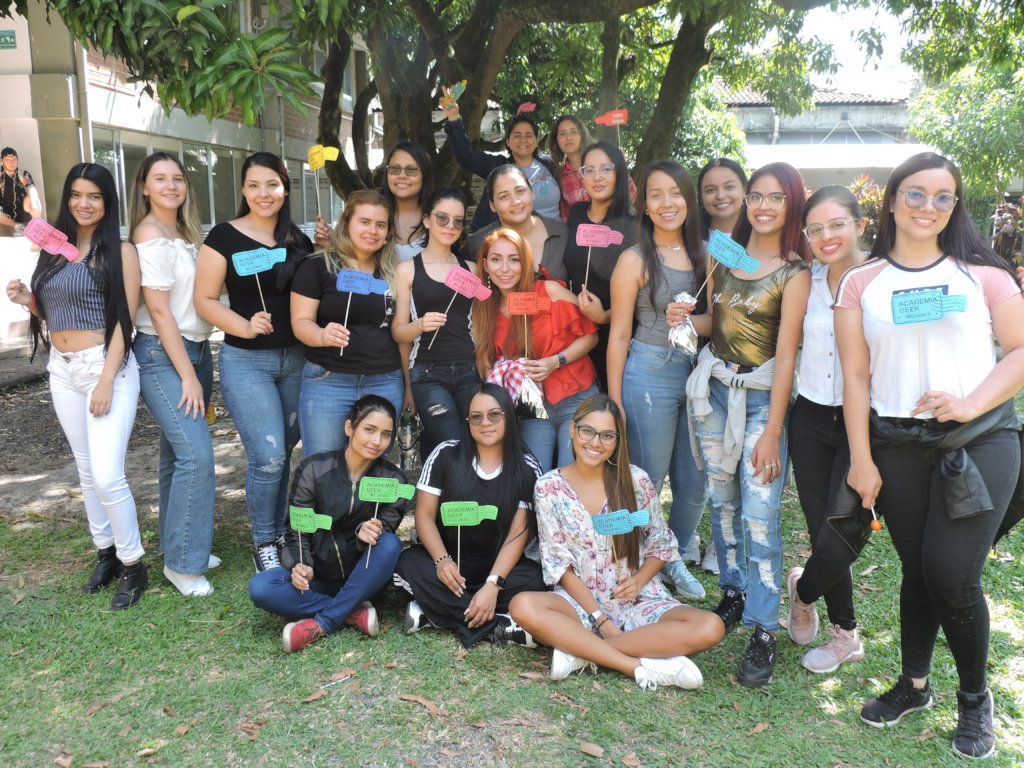 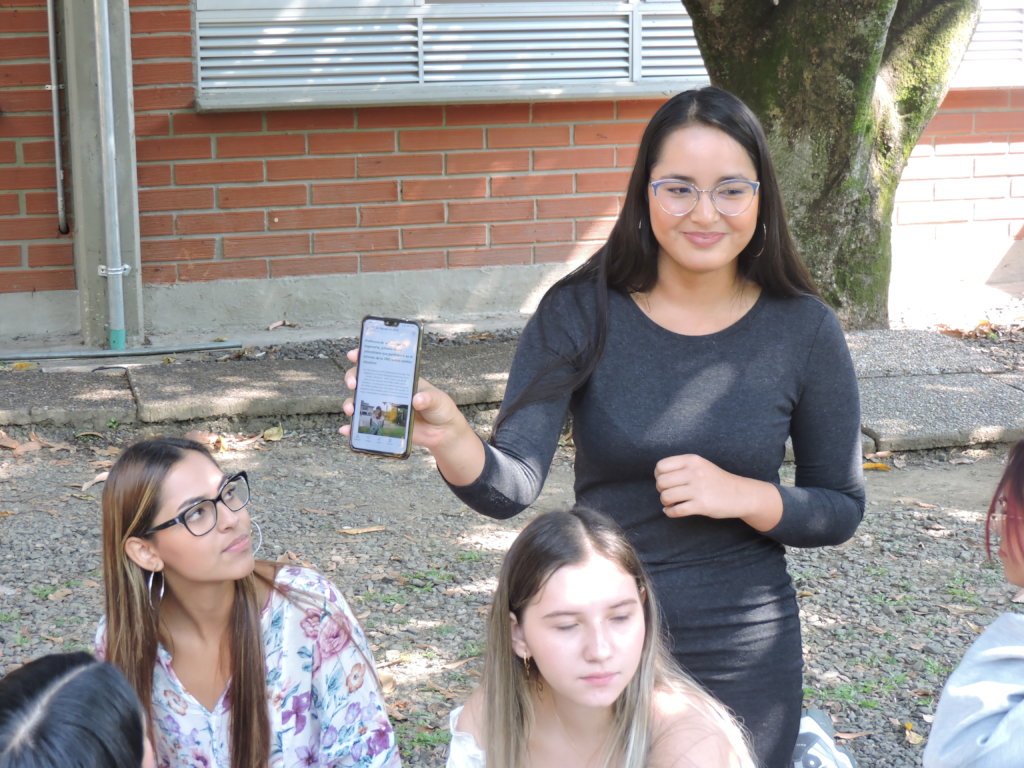 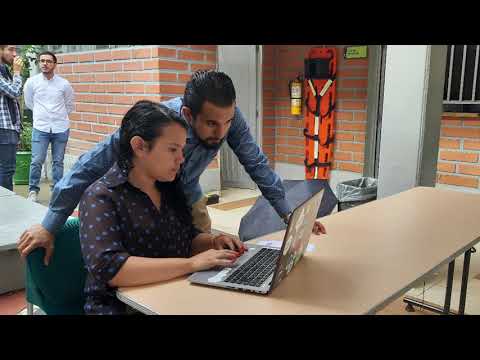 We connect talents with job opportunities 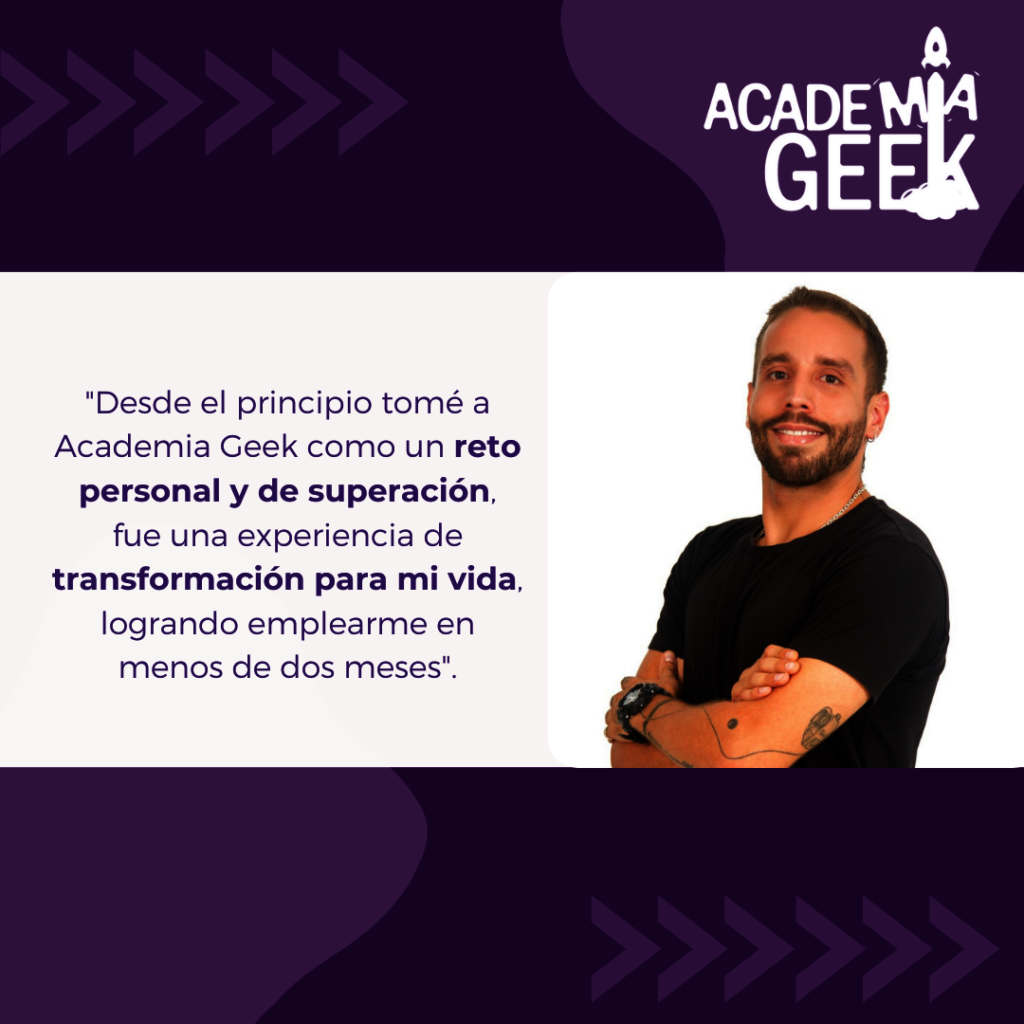 Our main objective is to ensure job opportunities for those participants that finish our training at the Bootcamp. Over the last months, we manage to guarantee that 92% of our students get a first job in the IT sector, and 96% of them, remain in these jobs for more than 3 months.

Juan Sebastian, one of our graduates, assures that “From the beginning I took Academia Geek as a personal and self-improvement challenge, it was a transformational experience for my life and managing to get a job in less than two months.”

We will continue so more people can be trained in web development, while receiving training in life skills and employability tools, which allows them to transform their lives and build a more stable future.

Help us to continue this work of training and changing lives.

CRISTIAN FULFILLS HIS DREAM OF BECOMING A PROGRAMM 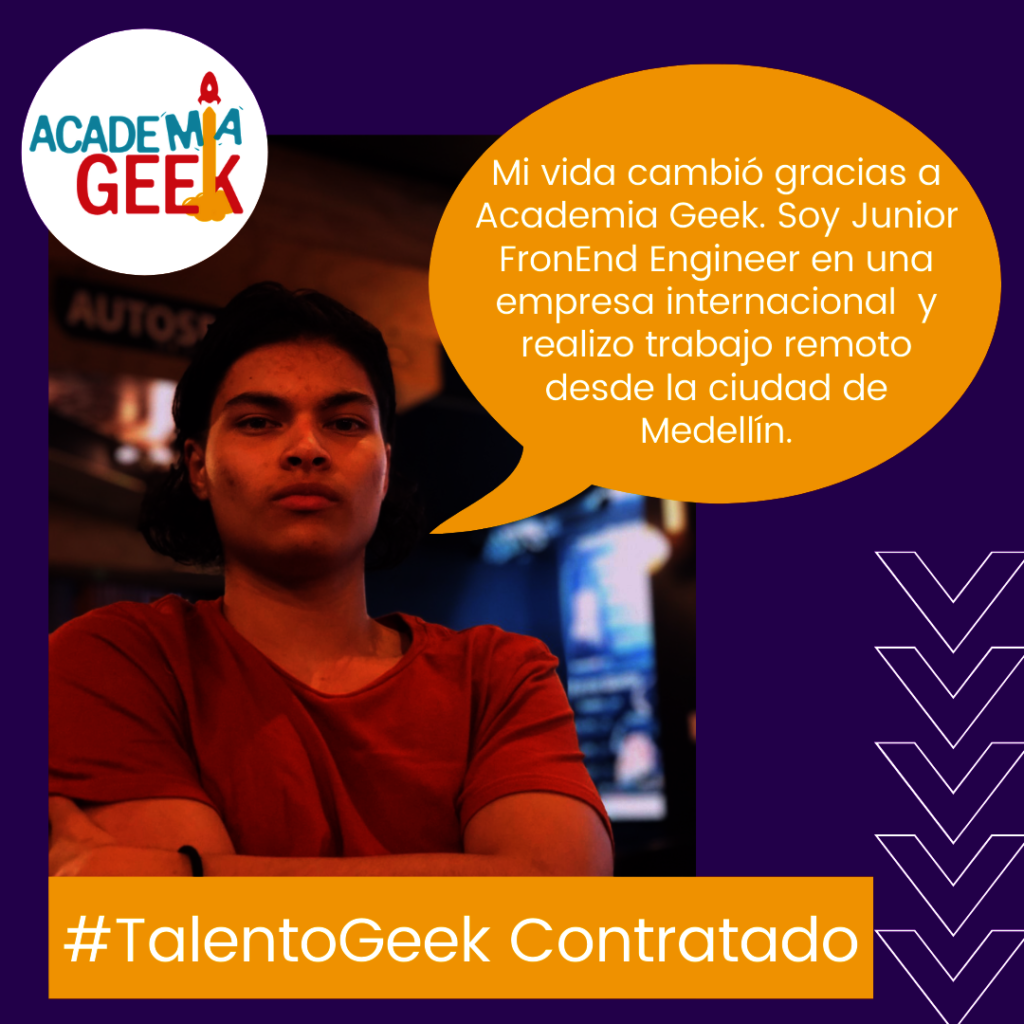 Cristian is an 18 year old young man, born in Frontino - Antioquia, and his biggest dream since he was a child was to be come a programmer. A year ago, when he received his high school diploma, he began to take virtual courses and learn English. When he learned about Academia Geek, he was interested and applied for the scholarship.  The first time he tried it he did not pass, but he continued preparing and in September 2021 he over came the challenges and began his training. It was weeks of hard study, but he always felt accompanied and supported in the process by his family, mentors and fellow Academy members. "In the training I did very well, it is a short time, but you learn too much and also make friends forever" says Juan David.

On December 23 he presented his final project and began his employability process with the Academia Geek team. Today Juan David works as a Junior FrontEnd Engineer with headquarters in the city of New York - United States, he works remotely from the city of Medellin, where he lives with his mother and sister whom he supports thanks to his new living conditions.  He dreams of continuing his training in programming because as he says "Knowledge is power" and this is a very large fiel of action that needs continuous learning.

So far in 2022, Academia Geek has given continuity to the training of 49 people who began their training in the last months of 2021, we started the formation of 2 new groups that bring together 68 men and women from all corners of Colombia and our goal for 2022 is to train around 250 people in programming and web development, who like Cristian David, receive the necessary tools in being and know ledge, to get a job in the IT sector.

Support us to continue with this great work of training, employing and transforming lives.

GEEK ACADEMY EMPLOYS IN THE IT SECTOR 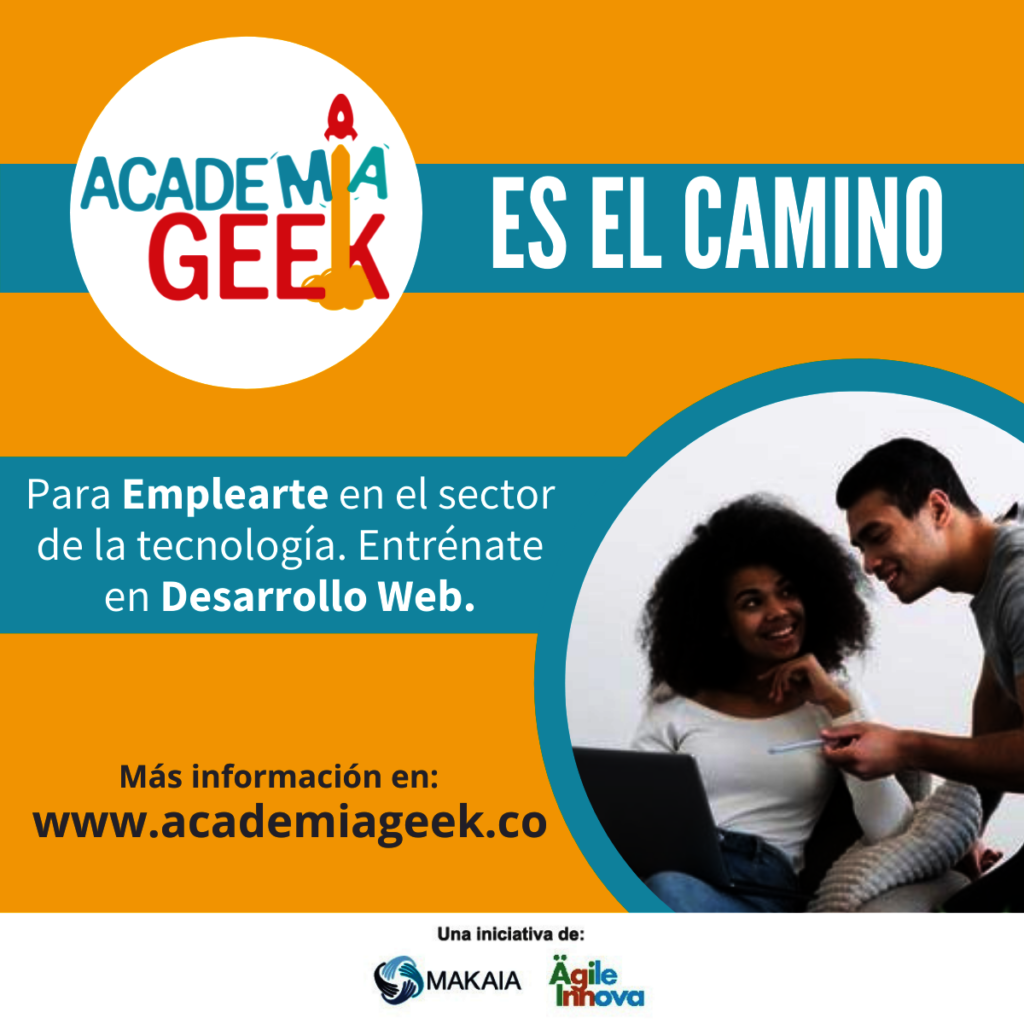 In the context of the economic revival that has been necessary to reactivate the country's economy, Academia Geek began in August 2021, the call for development training and web programming for young men and women between 18 and 30 years of age, Colombians or Venezuelan migrants, persons with disabilities , their carers and carers and over 40 years of age, who do not currently study or work and have a time disposition of approximately 6 hours

By November 2021, 2 official Front End groups have been formed with approximately 50 young people from different locations in Colombia, Bogota, Medellin, Soacha, Quibdo and among them a person with a disability who in 9 weeks will finish his training and will be ready to begin his employability process , which we accompany to manage to locate some of the companies in the TI sector that are interested in hiring our Geek talent.

In 2021, Academia Geek has managed to employ 35 young people in companies such as Electronic Security Management GSE, Autonomous Mind, Globant, PWC and Olympia TI, Where the average salary of this junior profile is of the average, and the employability rate of our Geek talent is 75% of our total graduates.

We are promoting oportunities in IT sector

Since we are facing the reality of Covid-19 around the world, we have had to change our relation with aspects like work,shooping and social interaction.

During 2021  we are promoving programing skills 100% virtual. Nowadays, we have 3 groups of youth who developed the bootcamp trought virtuality, and we are planning around 6 more groups during this year.

In June a group of 16 youth were certified as junior front-end developers. This group started an employability process to access better opportunities in the IT sector. Currently, 04 of them are working in companies related to technology and they are applying the knowledge that they acquire during the Bootcamp.

We expect that during 2021 around 100 will be employed in IT sector work.These jobs represent the started point in the programming area. We still working with other youth who are looking for alternatives in STEM to improve their living conditions.¡Help us to promove a better living conditions!

During 2020, Covid 19 presented us challenges as a society related to health and care, however, it also showed us the inequality in internet access and the need we have to develop digital skills.

This situation poses a great challenge to promote technology as an opportunity to solve needs in different contexts. At Makaia, we firmly believe in the need to create opportunities that give people different perspectives on technology.

Part of our achievements in 2020 was inclusion: 36 women are now front-end developers and 31 of them are working or studying in areas related to technology. We also had a version called Academia Geek Ser + Capaces, focused on people with disabilities who finish their training in January 2021.

In 2021 our goals are related to promoting the inclusion of women, Venezuelan migrants, and rural youth.

We hope that 2021 will be a year full of new opportunities!

Thanks for the support, toguether we are stronger.

Donating through GlobalGiving is safe, secure, and easy with many payment options to choose from. View other ways to donate
MAKAIA has earned this recognition on GlobalGiving:

GlobalGiving
Guarantee
Donate https://www.globalgiving.org/dy/cart/view/gg.html?cmd=addItem&projid=47412&rf=microdata&frequency=ONCE&amount=25
Please Note
WARNING: Javascript is currently disabled or is not available in your browser. GlobalGiving makes extensive use of Javascript and will not function properly with Javascript disabled. Please enable Javascript and refresh this page.