Civic Skills for 2.400 Youth in Brazil 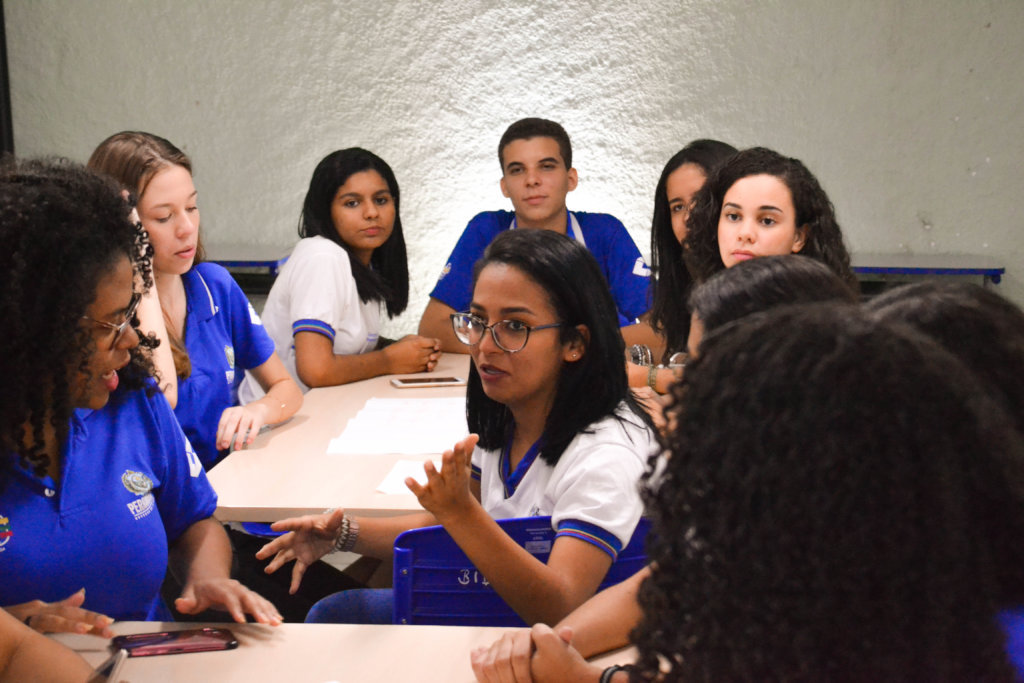 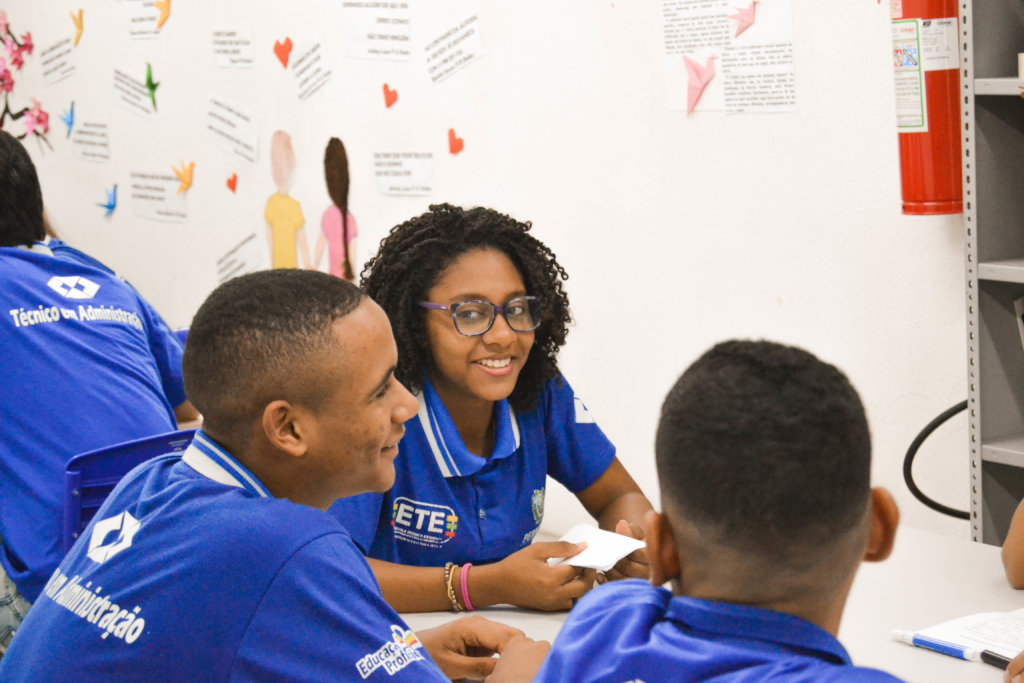 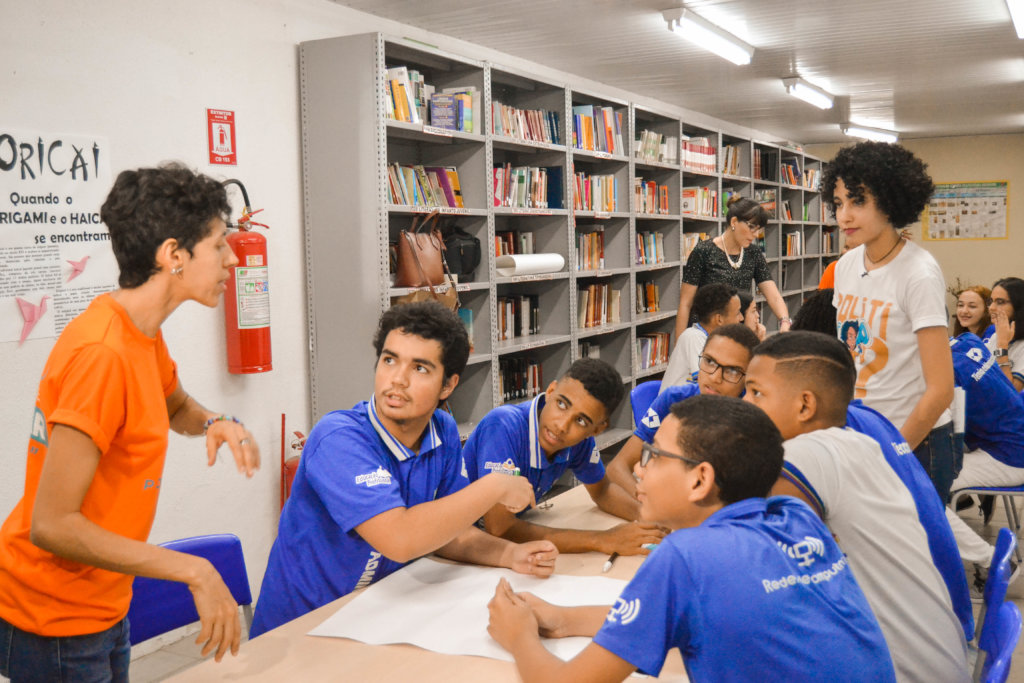 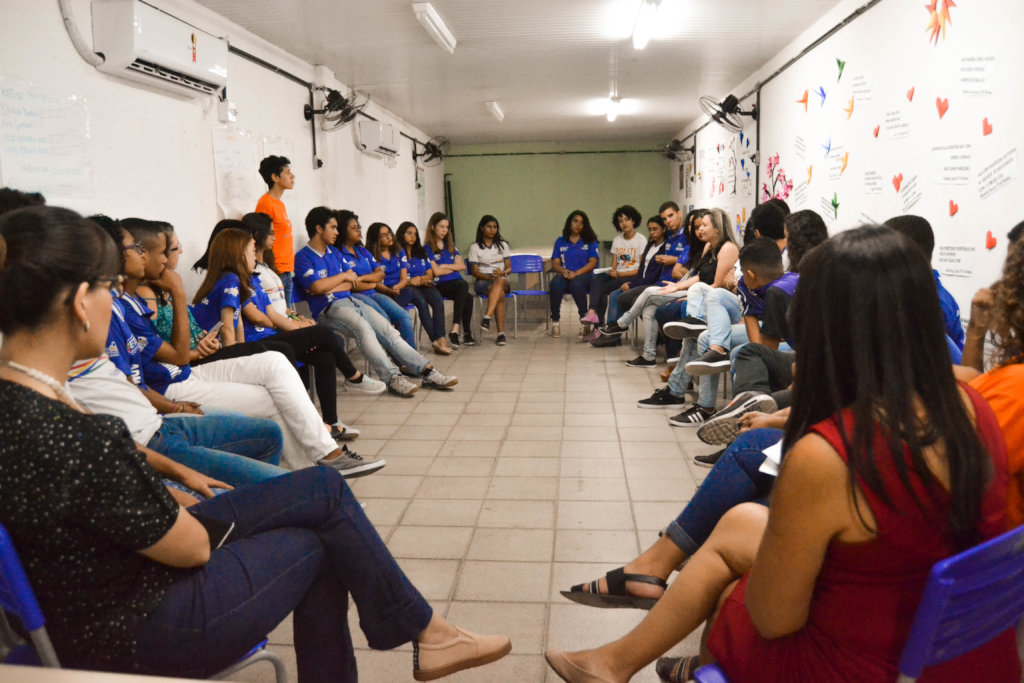 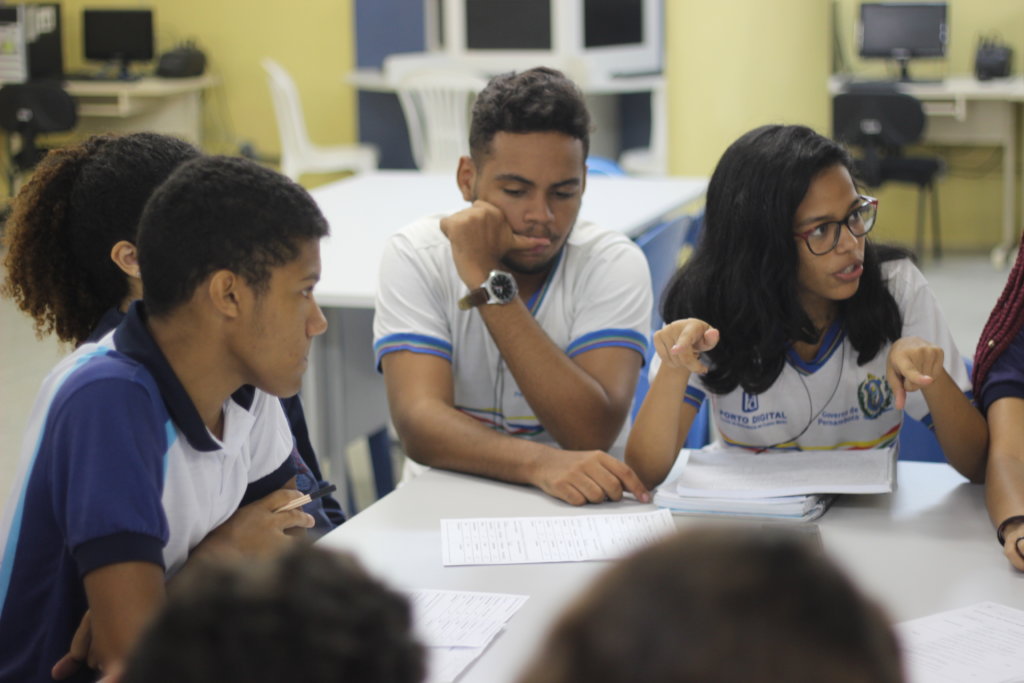 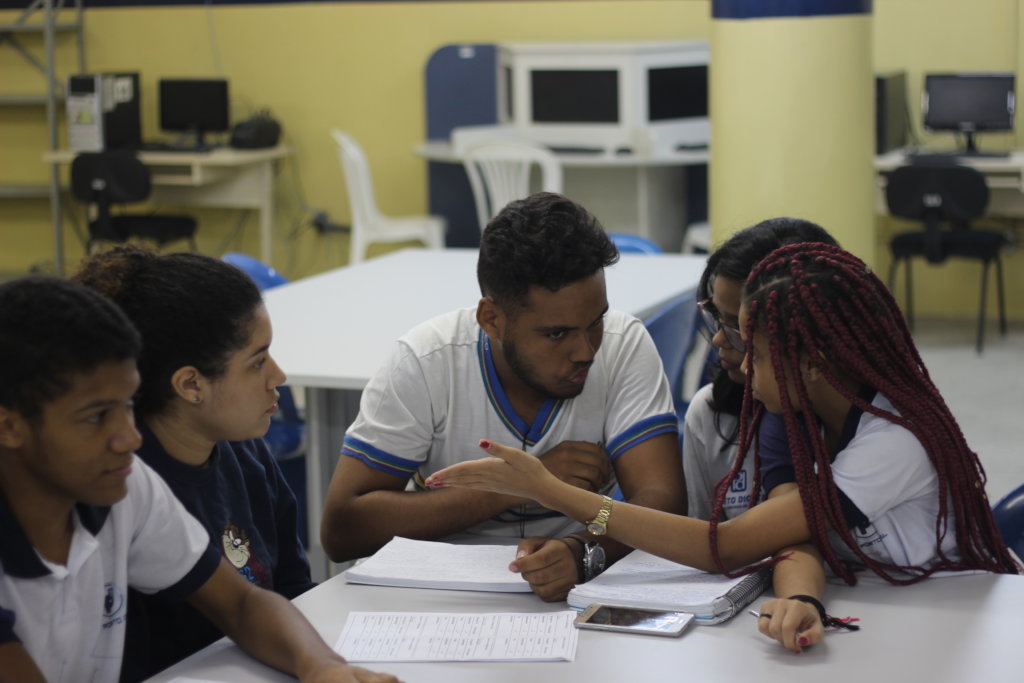 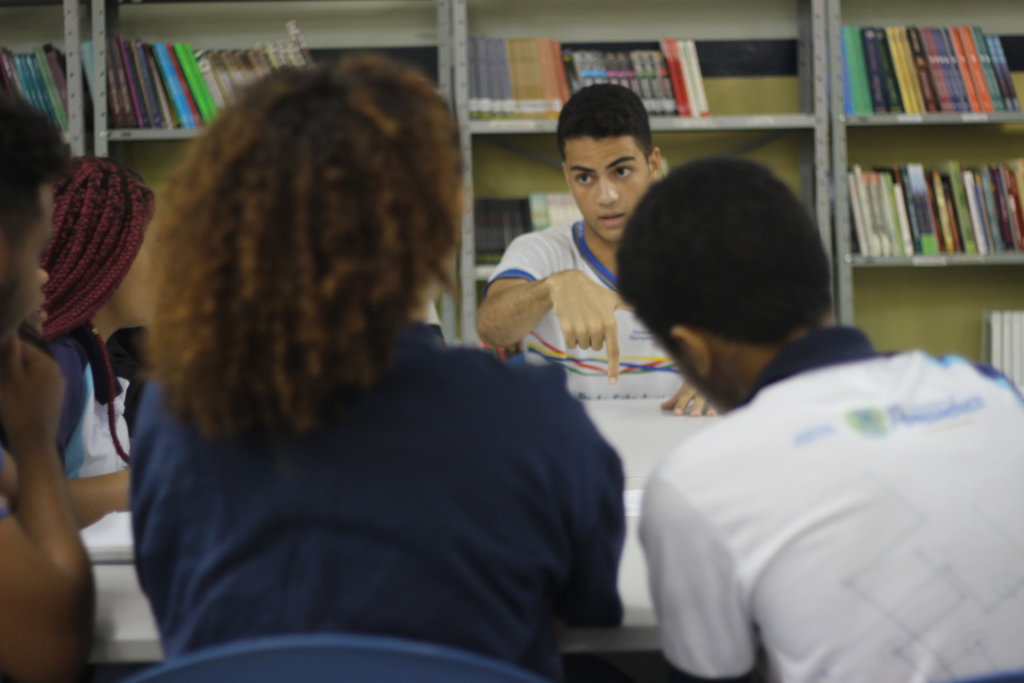 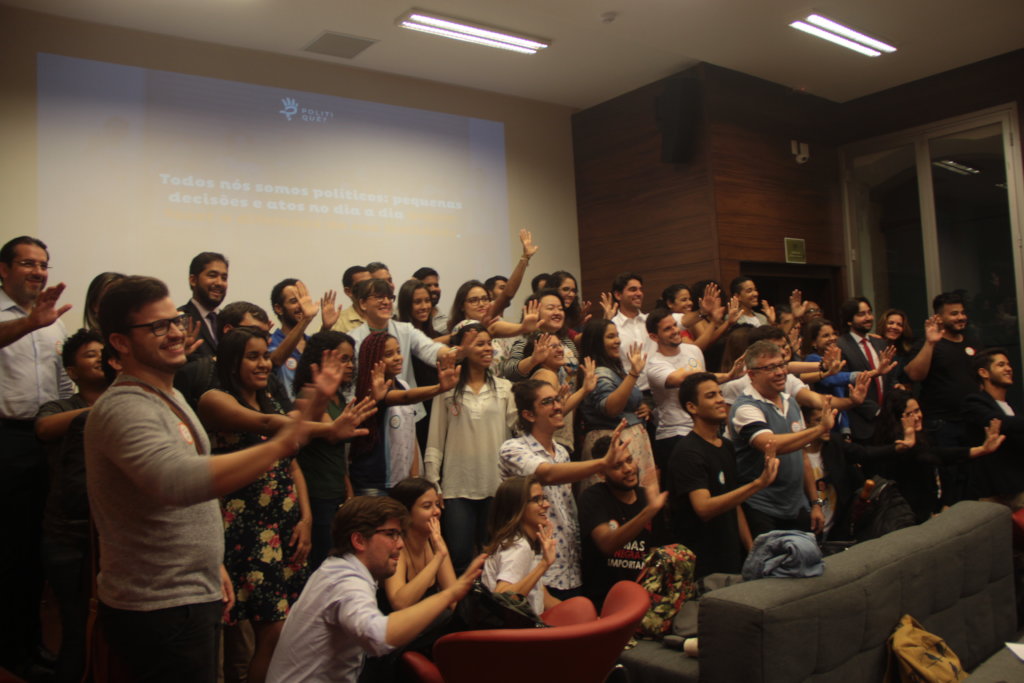 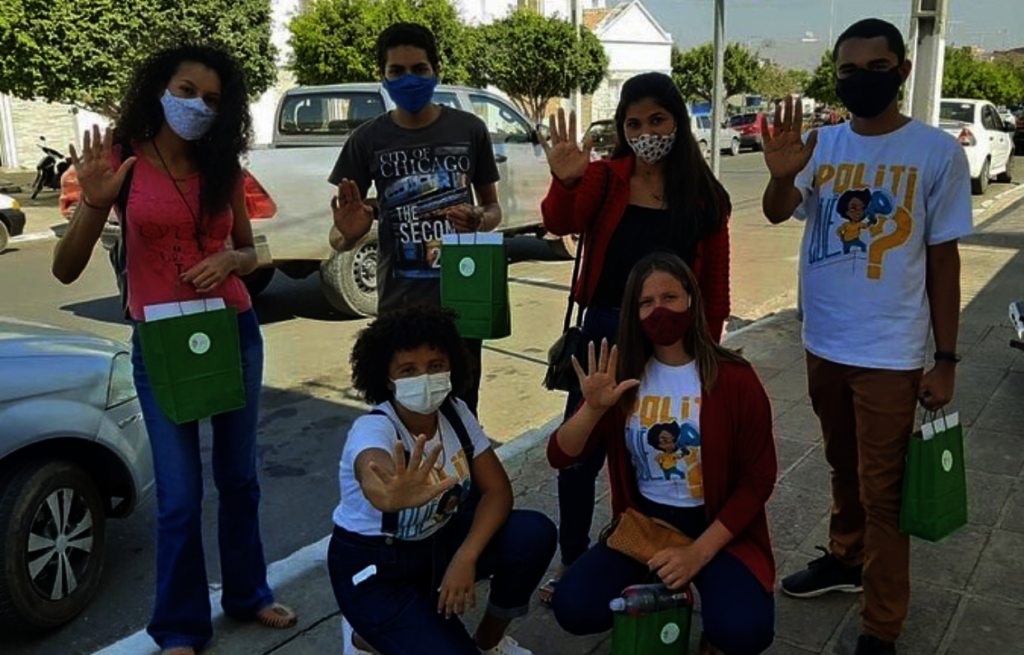 From 16 potential local public schools in the city of Araripina (Pernambuco, Brazil), we were glad to work with 10 of them who adhered to our Civic Engagement Program in 2020. Schools from both the state’s and the city’s educational network agreed on our revised scope of work that adapted our existing methodologies into the virtual environment (due to the limits and protocols that came as the direct consequences of the pandemic, including in education). The Civic Engagement Program, which took place from January until September 2020, and whose new scope started to be implemented from May on, was based on 3 main fronts: the “Online Communities” (Comunidades Online), the “Develop!” (Desenvolva!) and the facilitation of 3 methodologies in Civic Engagement.

Online Communities - The Online Communities reached a total of 105 students simultaneously at the end of June, which represented 7 schools. On September 25, at the end of the program, we had 70 students among 5 online communities. During 19 weeks the Online Communities debated more than 25 topics, among themes brought up by the Politiquê? team and ones suggested by the students themselves. Some of these topics led to online debates: 4 live debates were broadcasted with invited guests talking and with the indirect participation of students. From September 18th to 25th, 2020, we promoted the Mobilization Challenge of the Online Communities as the Program's closing activity. As a result, students were encouraged to share the “Develop!” projects on their own social networks. The winning group, that is, the one whose students shared the most in social media, was the Moisés Bom de Oliveira School - a school that also was the pilot for the program.

Develop! - 37 students registered for the Develop! program, representing 9 public schools in Araripina. Any student from any school inside our potential public in the city could apply for it, regardless of the school being our partner or not. Over 50% of the enrolled students were not part of the Online Communities, which means we managed to attract new students to our activities. In addition, 2 schools represented by the enrolled students were schools that didn’t adhere directly and formally to the Civic Engagement Program. This also represents that our reach went beyond what was agreed with the schools. All the projects were developed on a virtual basis with the students, and only the final project activity (delivery of raised items for the targeted publics) was made face-to-face, respecting all the health and security measures. By the end of the Develop!, 13 students were distributed among 3 projects:

3 methodologies in Civic Engagement - We developed supplementary handouts and videos for the “Debate Clubs” (Clubes de Debate), “Politics Workshops” (Oficinas de Política) and “Student Associations” (Grêmios Estudantis), programs offered by Politiquê? for teachers and students from the 10 schools participating in the 2020’s program. All the materials can be found at our website in the following link: https://politique.org.br/engajamento/ (in Brazilian Portuguese language). We distributed 5 physical copies of the handouts of each of the 3 programs (total of 15 copies) both to the 2 secretariats of education (city and state), and to the 10 schools participating in the program. We also offered an online live session to facilitate and demonstrate the use of these materials for educators.

What’s next? - After the end of the Civic Engagement Program in September 2020, Politiquê? kickstarted a new phase focused on perpetuating the 8 years legacy of the organization in 2021. Currently, our resources are being used to maintain the current team until the end of the organization, develop audiovisual pieces of communication for content’s promotion, dissemination of our methodologies and materials, and telling the learnings, findings, results and history (and stories) we have been acquiring since 2013 to all interested public. This also means we are no longer running or creating new projects. Our focus, energy and assets, until the month of June 2021, will be used only to make sure Politiquê?’s legacy will last beyond the organization’s own existence. This is why we are no longer receiving donations from grants, sponsors or supporters, including deactivating our use of the GlobalGiving platform as a fundraising tool.

We thank everyone for all the work and help! 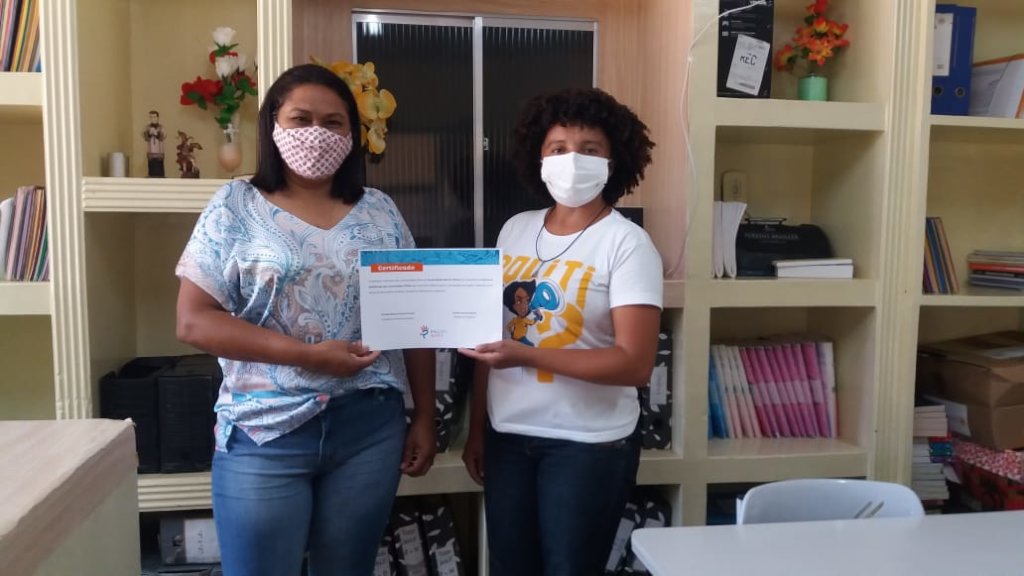 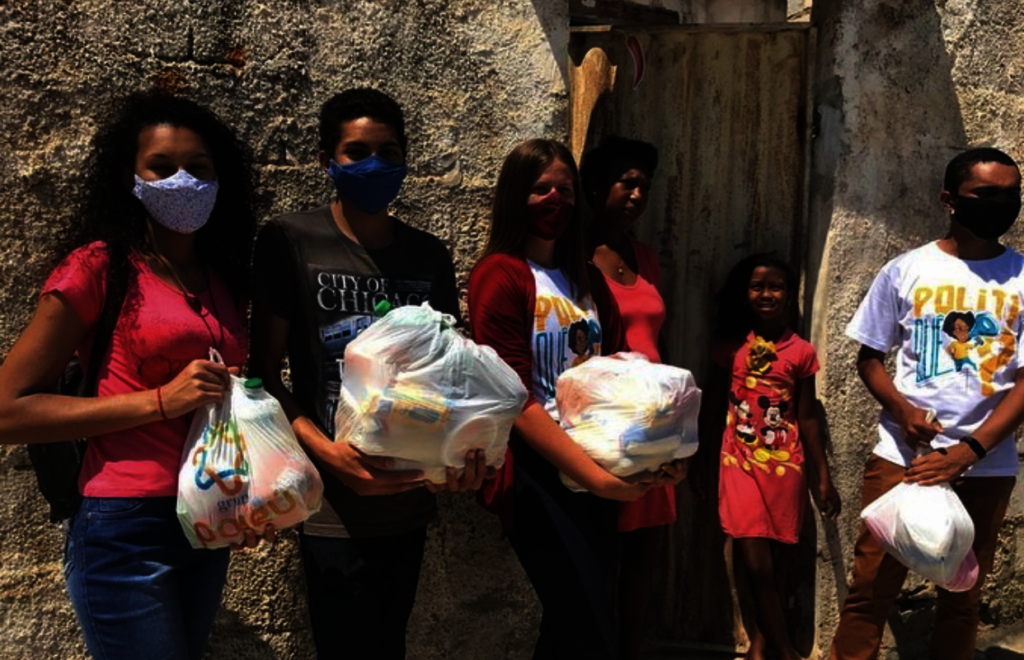 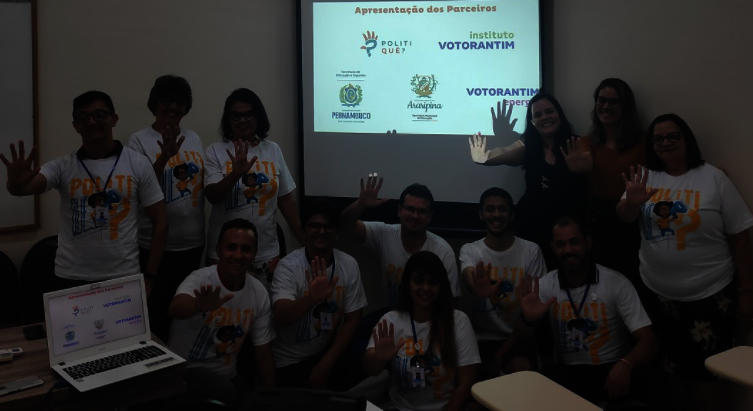 Civic education at schools - how is it going? 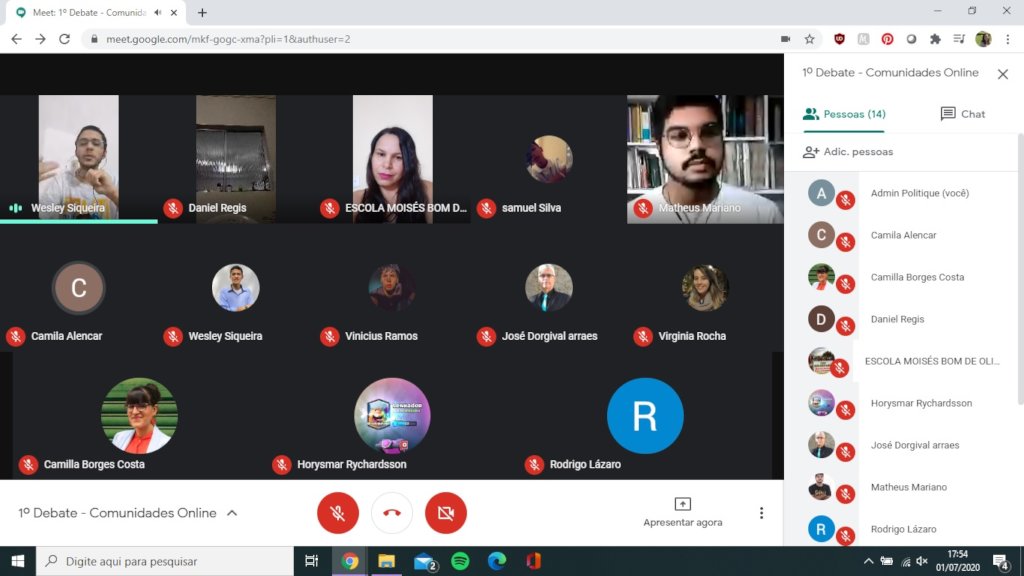 The Civic Engagement Program of the Associação Politiquê? started in January 2020, with the goal of offering a civic education program for young students by promoting democratic experiences within the educational institutions of the city of Araripina, in the Northeast of Brazil. Due to the closing of schools and the pandemic, we had to rethink how we could best fulfill our commitment to the community while keeping everyone safe and healthy.

Brazil has been hit hard by COVID-19, both in the tragic loss of lives and public health chaos as well as the political and economic uncertainty accelerated by the pandemic. Our original mission was to place the students as the protagonists of social change, investing in their personal growth and in the development of fundamental skills, both related to citizen practice and academic and professional practices. This includes critical and scientific thinking, empathy, respect for divergence of opinions and empowerment as an agent of transformation of its community and social reality - skills that are even more relevant now in a time of crisis.

After extensive conversations and consultations with the local community, we have reformated our program to focus on two main strategies:

We have also scaled down our objectives for the program, as the school community of Araripina is quite overwhelmed with all the current changes and we wish to support them, not add any extra requests. Our focus now is working directly with the students and producing a wide set of materials to support educators once things are more stable.

So far, the response has been incredibly positive. We have students from nearly every school in the city as part of our programs - and they are just getting started! 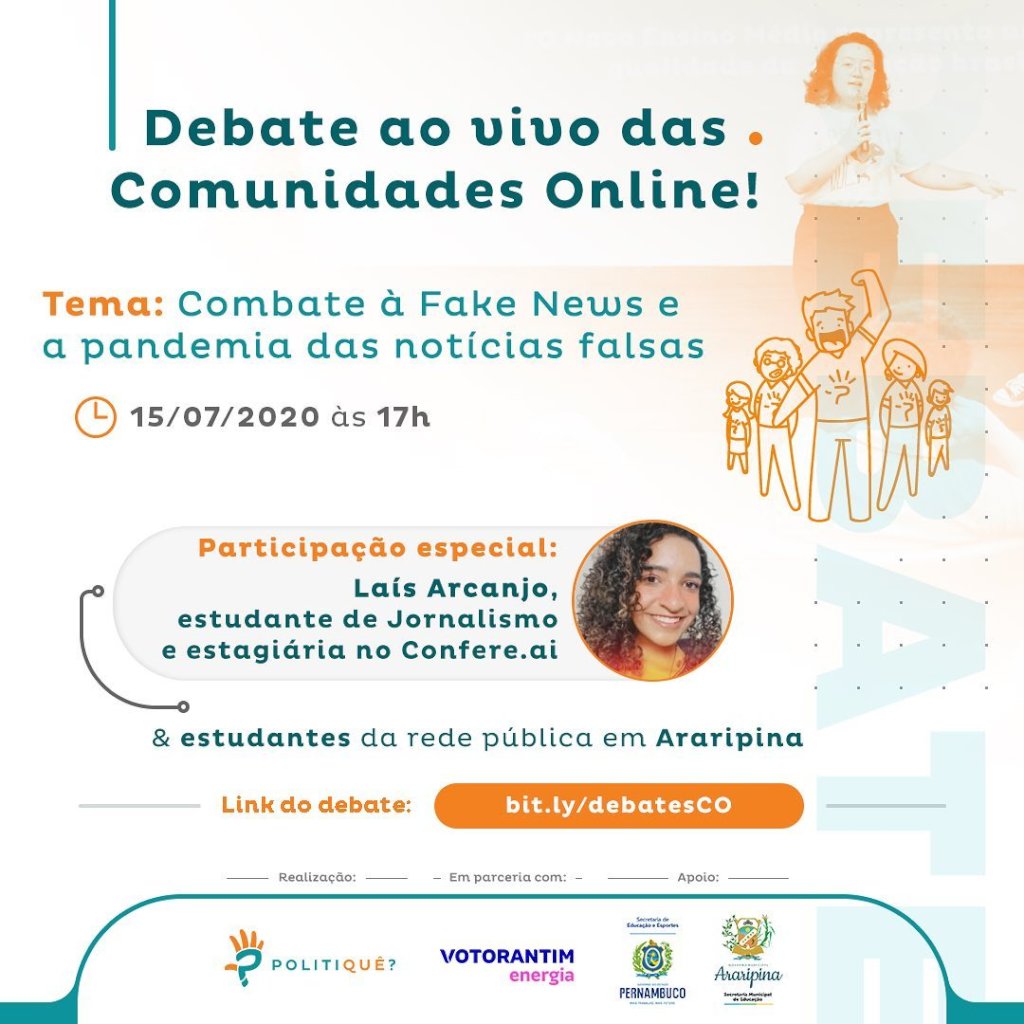 Kicking off our civic skills training in the Brazilian outback 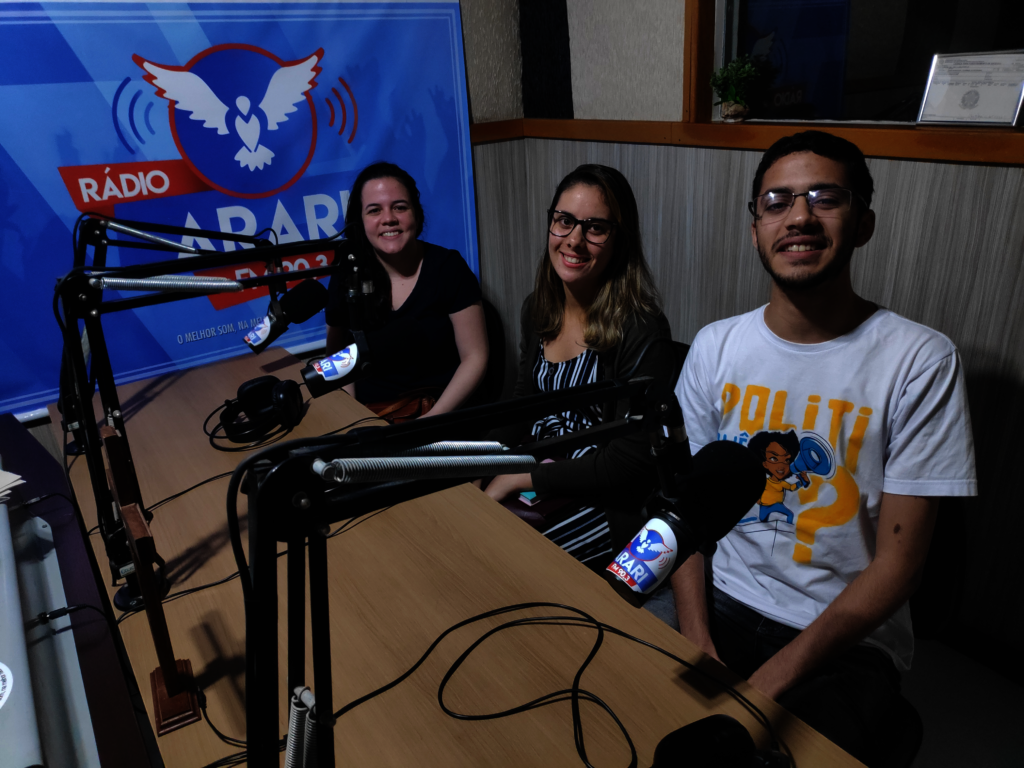 In December 2019, Politiquê? was one of the five organizations awarded by the Votorantim Institute and Votorantim Energia to develop the Lab Cidadania (Citizenship Lab) in Araripina, in the Sertão (backwoods) of the Pernambuco state, in Brazil. The goal of the Citizenship Lab is to foster a stronger democratic and civic culture in small cities and measure its impact in the upcoming municipal elections held in October 2020. The location choice is particularly challenging, as it is an extremely remote and underpriviliged area of Brazil, with 1 in 4 adults being illiterate and very longstanding political alliances.

Our civic engagement program in Araripina is anchored in four interventions:

These initiatives will be rolled out throughout the year, always in close partnership with educators, students, school administrators and education government officials,

With the invaluable support given by our GlobalGiving donors, we have spent the first few months of the years in intensive planning and consultation with the local community, including stakeholders from the local education authorities and consultants hired by Votorantim Institute to prepare a community needs assessment.

We have been overwhelmed with incredibly positive support from the community - they even invited us to present our project in the city radio! We have met with all school principals in the disctrict and nearly 100% of the schools have joined.

Our next steps are running an ideation workshop with the school teachers (to get their feedback on the program methodology and implementation structure) and hosting the first training session on the debate clubs methodology.

As schools have been temporarily shut down due to COVID-19 prevention, we are exploring the possibilities of remote training and updating our project calendar. We believe that the current health precautions are an excellent example of the power of civic skills to make our lives better! 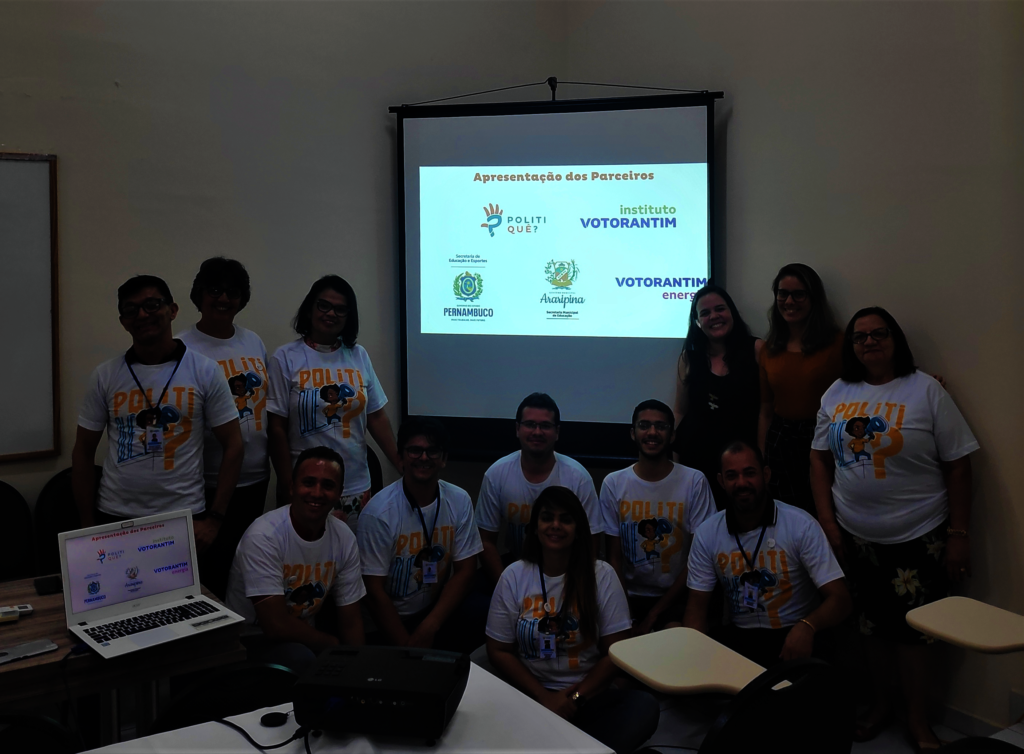 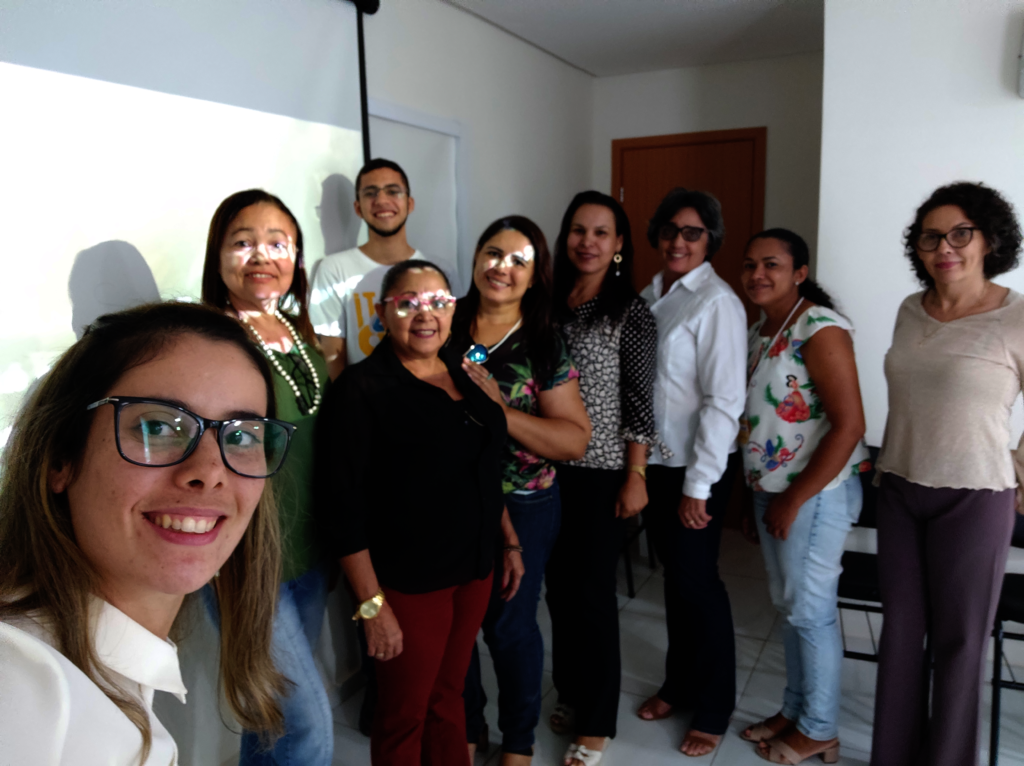 Find another project in Brazil or in Education that needs your help.
Find a Project

GlobalGiving
Guarantee
Donate https://www.globalgiving.org/dy/cart/view/gg.html?cmd=addItem&projid=42845&rf=microdata&frequency=ONCE&amount=25
Please Note
WARNING: Javascript is currently disabled or is not available in your browser. GlobalGiving makes extensive use of Javascript and will not function properly with Javascript disabled. Please enable Javascript and refresh this page.