Orphans into foster families in China 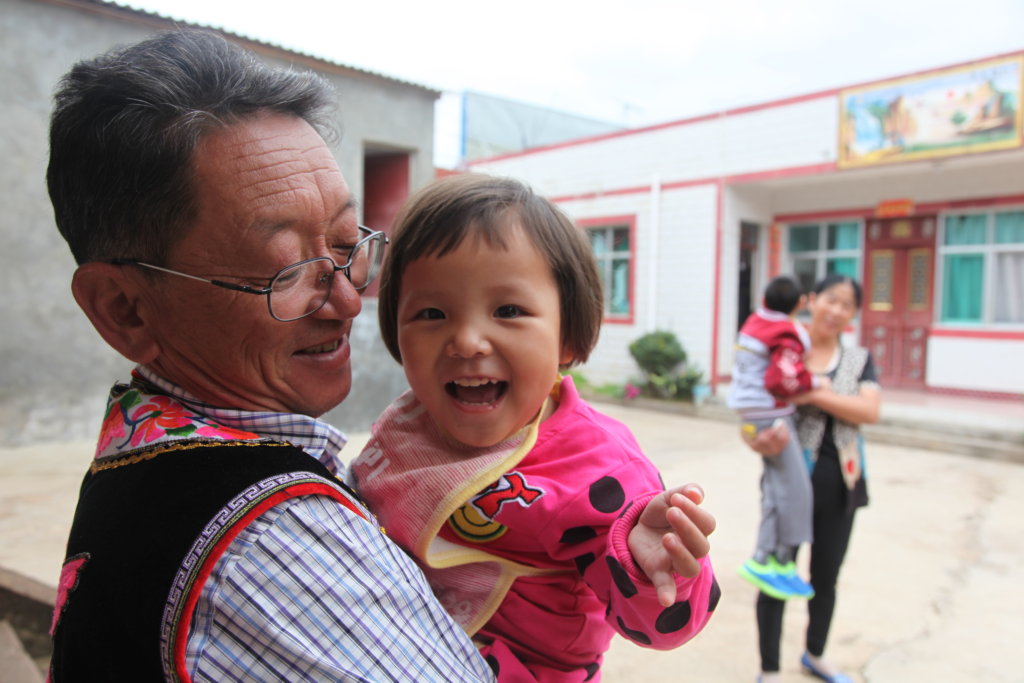 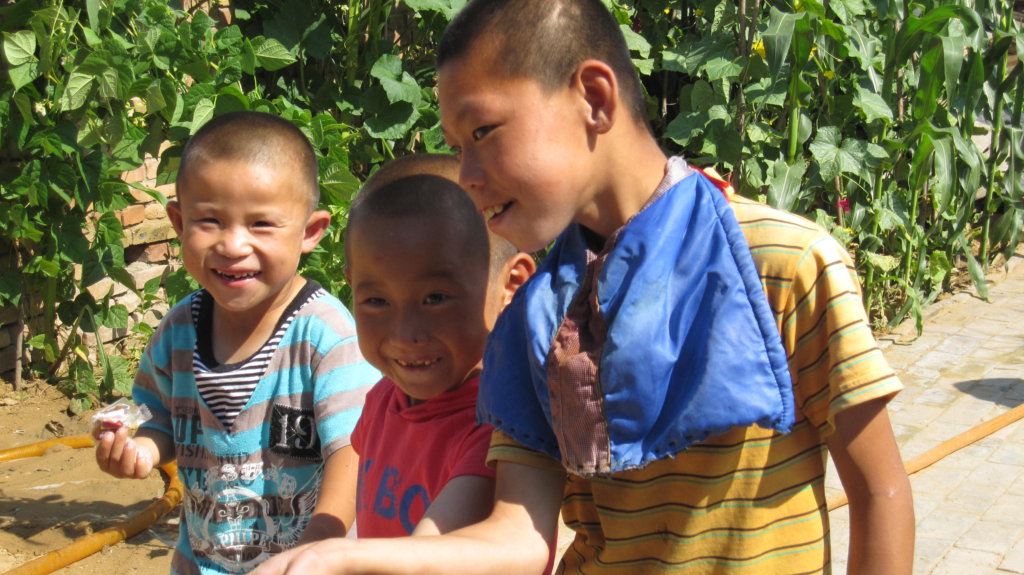 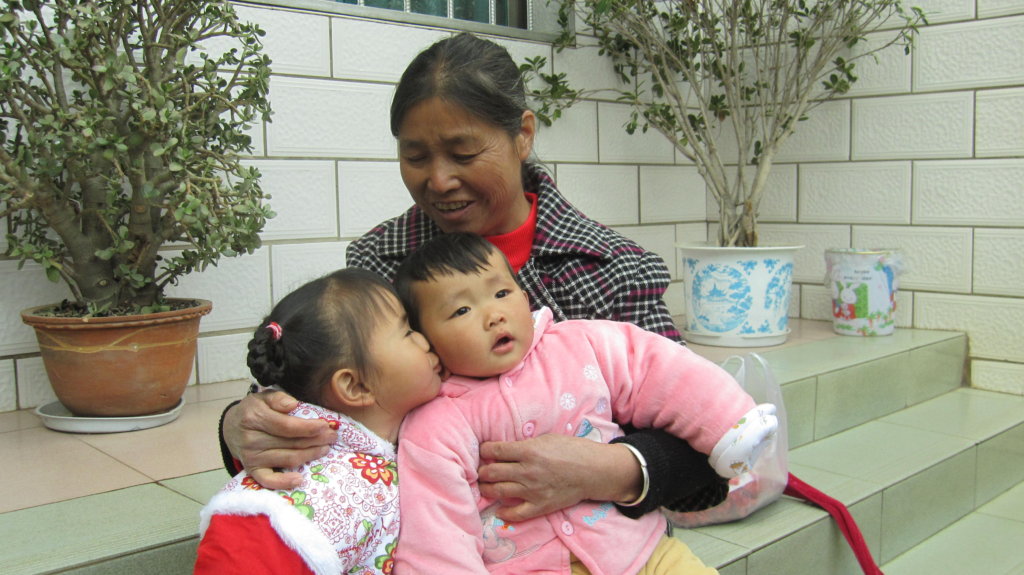 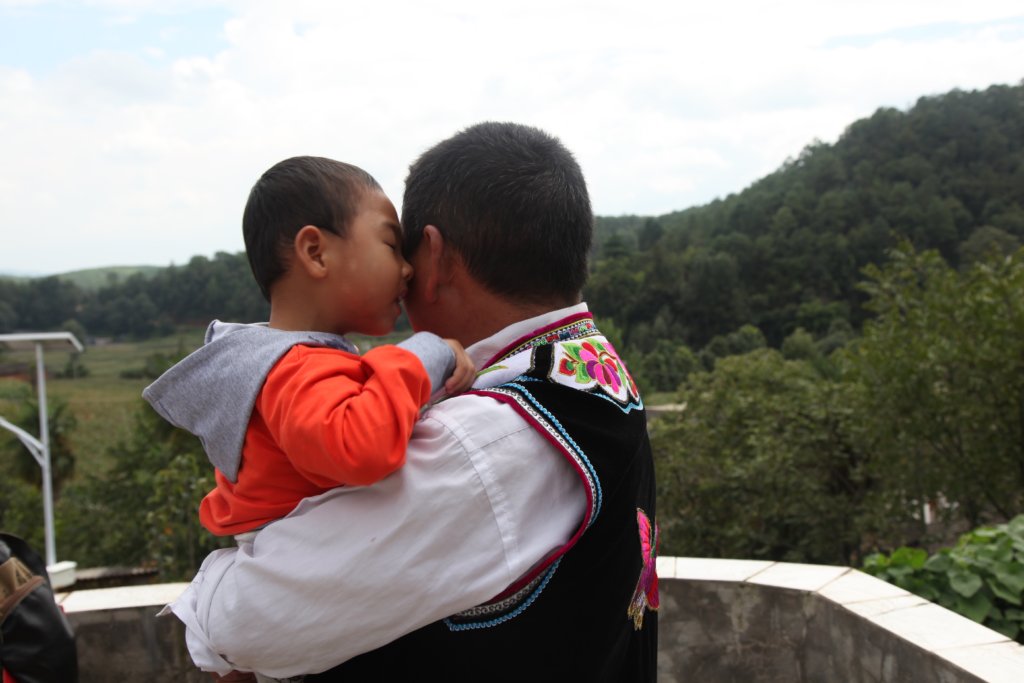 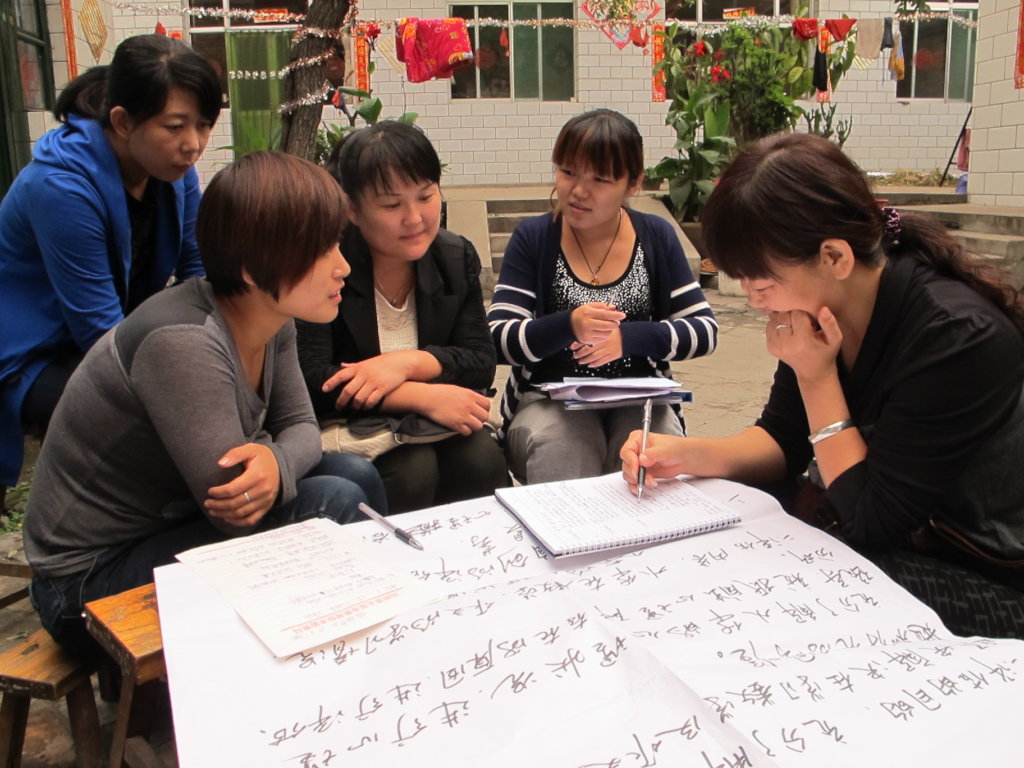 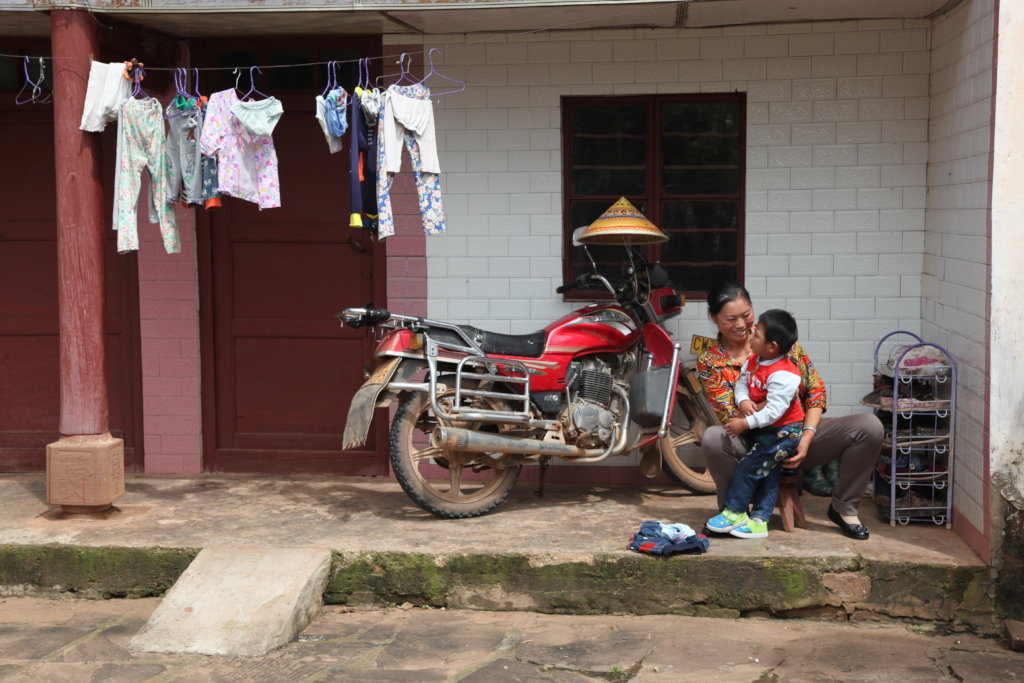 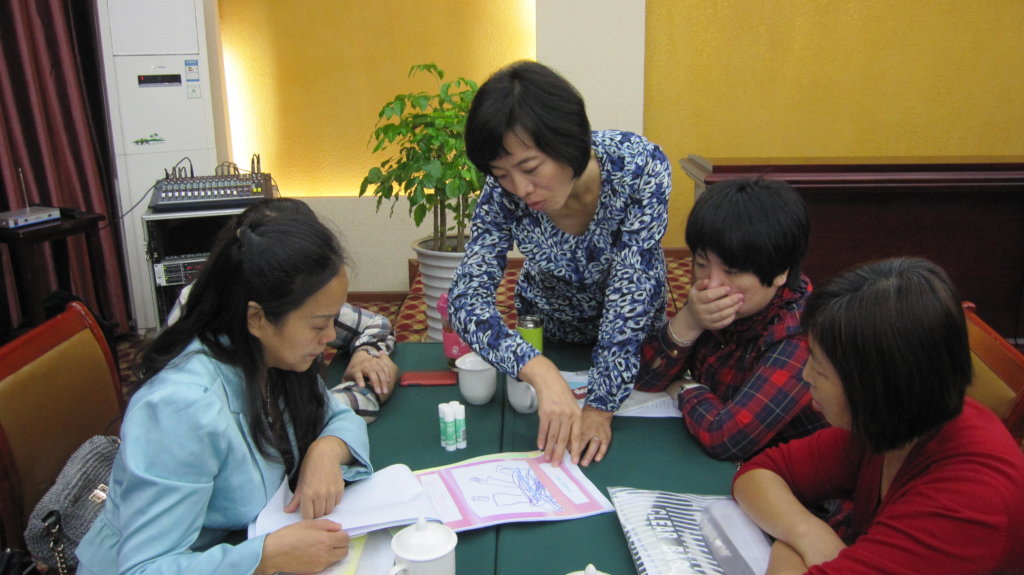 The importance of secure attachment 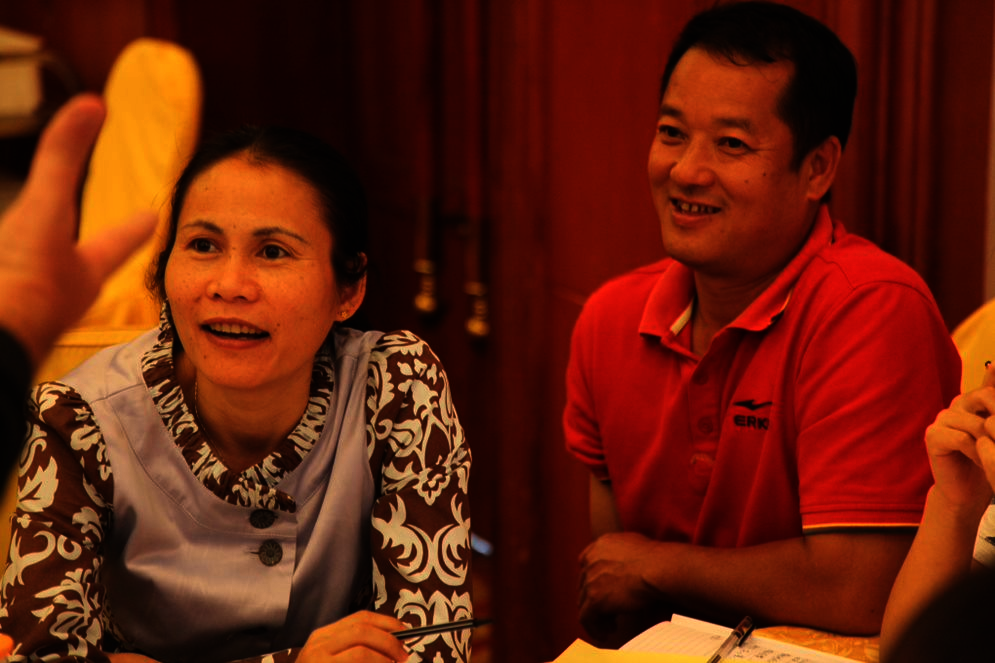 Yan Ying* has worked at Shenyang Children’s Welfare Institution since 2000 and became a family placement worker in 2008. This means that she is responsible for placing childfrom the orphanage into local foster families. Wang Ying attended Care for Children’s 3-day training course in Beijing on Attachment and Bonding. Following the workshop she was extremely excited and said the following to us:

“Thank you very much for providing us with such a valuable learning opportunity. The training is very helpful, I have learnt a lot. For a long time I couldn’t understand why some orphanage children did not show any distress or went off without looking back when they were adopted or separated with their carers. I wondered if that was because the children grown up in orphanages tended  to have a ‘cold and hard’ heart or they had missed out on something. Through three days’ training and exploring, I finally came to understand that the institutional environment is not good for children to grow up in, where there are no opportunities for children to form close relationship with any specific adults, and they have missed out on maternal love which is vital and fundamental to their mental health. The lack of attachment figures may inhibit emotional, mental, and even physical development, leading to difficulties in learning and forming relationships in later life. Family is the best place for children to grow up in. Now I realize how significant my work is. I am truly transforming children’s lives.”

"She would sense that I had time to listen..." 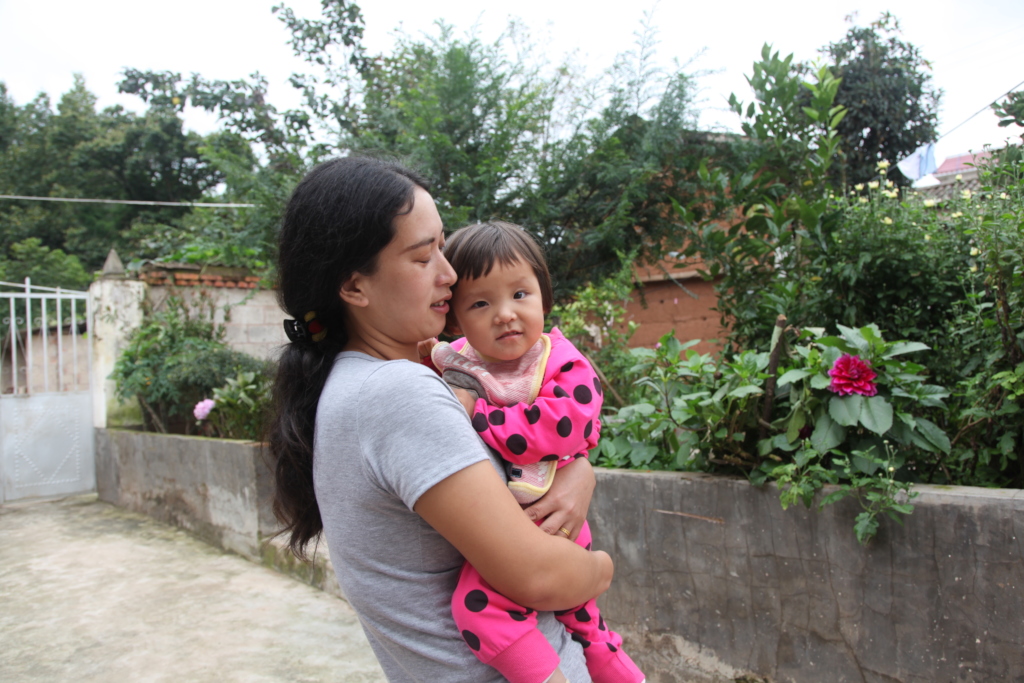 We recently received a lovely case study about Fang Fang, aged 6, who, having been abandoned, now lives with a foster family.

Fang Fang used to be a guarded child who behaved aloofly in her foster family, and seldom showed pleasure, excitement or distress. When she hurt herself or got upset, she made no demands on her foster parents, preferring instead to sit under the table, rocking to and fro, making whimpering sounds. When her foster parents tried to comfort her, she looked about in a confused, distressed fashion, making neither eye contact nor physical responses.

In contrast, Fang Fang’s foster mother is a very open and demonstrative person. She made herself unobtrusively available by taking Fang Fang’s lead, tuning-in as a mother does, to establish synchrony with her child.

“When I recognized that Fang Fang was going to her bedroom, I would go there and put her clothes away, not to entice a conversation, but to give her an opportunity to talk. She would sense that I had time to listen.”

With the help of her foster care mother, Fang Fang’s inner world is shifting toward adaptive ways of managing feelings and behaviors, which enable her to communicate openly, learn from experience, and be more resilient in times of stress.

Liang Liang with his foster mother and brother

We recently received a wonderful case study from China about Liang Liang who was abandoned as a baby and then placed into a foster family at three years old.

When Liang Liang was placed into his foster family he was extremely anxious, insecure and angry. He also suffered from split spinal cord malformation, a rare spinal condition. Whoever he met, he would tell them that he had a problem with his spine and would have often become angry and upset. His foster mother often overheard conversations he had with his teddy bear such as:

“Little bear, I kill you, I kill you. Do you have a family? Will you be abandoned again? If you don’t behave yourself, I will send you back to the orphanage.”

Liang Liang didn’t have a sense of feeling ‘full’ after his meals; although he had eaten enough, he would still ask for more. He hoarded food and would not let anybody touch it. Often he would ask his foster mother, ‘Will you love me? Will you want me? Will you still give me food to eat?’

Thankfully his foster mother was very experienced and remained patient. She realized that Liang Liang was desperately hungry for love, security and belonging. Gradually, she helped him think differently about why he was abandoned, restored his trust in adults, and built up his self-esteem. Through simple conversations, she provided him with alternative reasons as to why his parents could not keep him, emphasizing that they may have had difficulties but that they were not connected to Liang Liang’s disability. She also worked on demonstrating to Liang Liang, in a variety of ways, that he and other family members were continuously loved, wanted and valued, regardless of their behavior.

Today Liang Liang thrives in his foster family’s unconditional love and acceptance. We have been delighted to witness the strong attachment he has now developed with his mother and his family. He likes to show people his family photo, saying proudly:

The power of family 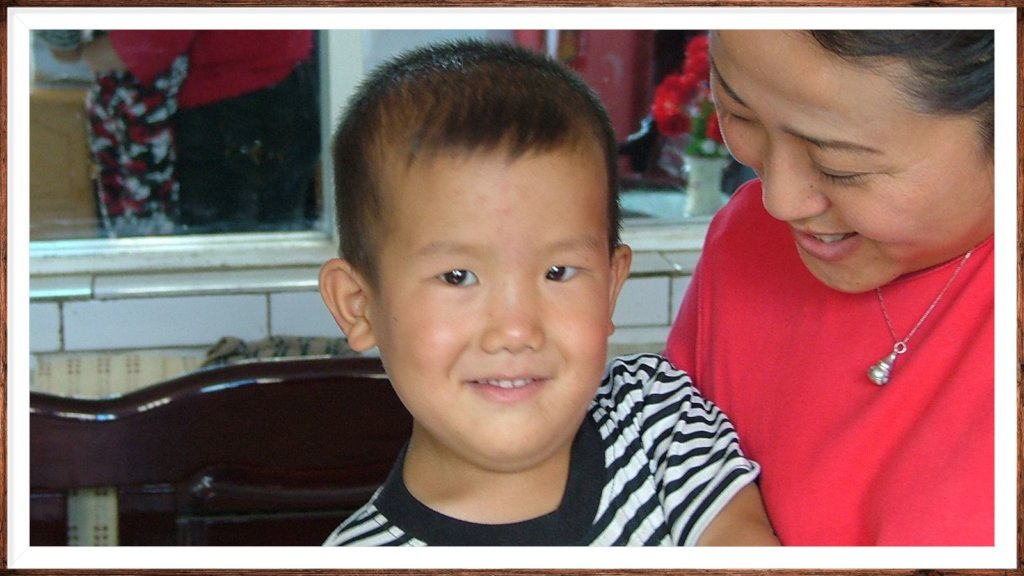 Qiqi and his foster mother

We recently received a wonderful case study from China about Qiqi who was abandoned at two and then placed into a family at three.

Qiqi, a five-year-old boy, was abandoned by his family when he was two years old and sent to Tongren Children's Welfare Institution. During a physical examination at the hospital he was discovered to have a hearing impairment. Qiqi had also become accustomed to poor sleeping patterns and eating habits and struggled to communicate. So, it was agreed that Qiqi would be best cared for in a foster home and at the age of three and a half he moved in with his new family.

Qiqi’s foster mother, 38 years old, had two children of her own, and over a period of three years had also successively fostered six children, some of whom has disabiltiies and needed special care. Qiqi’s eldest foster brother is now in the second year of junior high school, and the younger brother is the same age as Qiqi.

Through the love and support of the whole family Qiqi’s behaviour gradually changed as he followed the same living patterns and rules as everyone else, such as good bedtime routines, limited amount of TV and family dinners at the table. Qiqi had previously only eaten snacks, so in an attempt to help change his habits Qiqi’s mother made his favourite food and the whole family would sit down for dinner together. Gradually he replaced his snacks with regular healthy meals.

Qiqi and his young brother developed a close bond. As he became more settled at home his communication and speech improved, and he became lively and cheerful. He loved to watch a lot of TV but gradually, through the relationship with his brother in particular, this reduced as he began to settle into the family routine.

Qiqi’s mother, being intuitive and understanding of his needs, was concerned his hearing impairment would negatively affect his life as he grew older. The family did not want him to feel inferior or have problems, so they intentionally taught him, often through play, life skills such as how to cross the road. With the ongoing support of the professional staff at the institution, Qiqi’s mother believed they would be able to help him through any challenges he would encounter and that he would grow up healthy and happy.

COVID-19 and our work in China 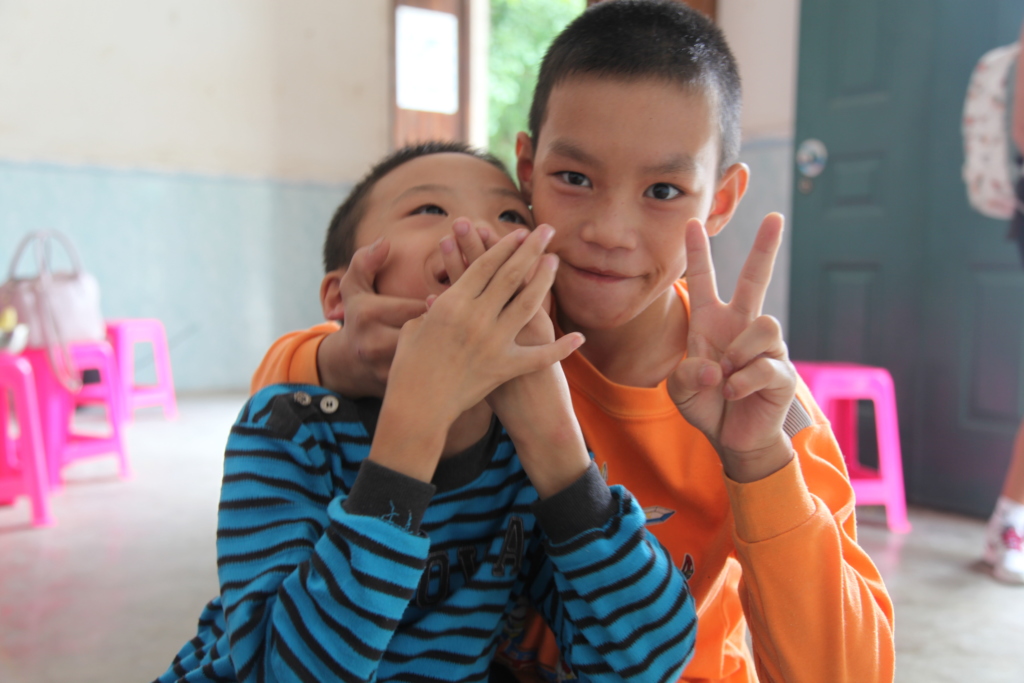 What a difference a few months make! We sent out our last update in early February, which told you about a new community centre built in a remarkable village in Yunnan Province.

As you know, we are working with social welfare institutions (orphanages) across China, training them in family care (adoption and foster care) so that they can set and run their own family care programmes. This means they can move children out of the orphanage and into the safe, secure and loving environment of a local family.

The current epidemic has put our training on hold, although the team have been extremely busy planning for the next phase of our work, converting our training materials into online resources, which will eventually be accessible to orphanages and foster parents across China.

The impact of COVID-19 has had far-reaching implications for all of us. As the virus has spread across the world, we have faced new challenges, including physical and psychological health risks, school and business closures, family confinement, isolation and economic vulnerability.

Children within orphanages are particularly vulnerable to serious infectious illnesses. Orphanages tend to be extremely crowded and infections spread swiftly. As well as COVID-19, these include respiratory tract infections, intestinal parasites, and tuberculosis.

This epidemic has affirmed that children are better off in families, rather than in orphanages. If you would consider supporting us again in the future, we would be extremely appreciative. Thank you for staying connected to our work.

GlobalGiving
Guarantee
Donate https://www.globalgiving.org/dy/cart/view/gg.html?cmd=addItem&projid=13517&rf=microdata&frequency=ONCE&amount=25
Please Note
WARNING: Javascript is currently disabled or is not available in your browser. GlobalGiving makes extensive use of Javascript and will not function properly with Javascript disabled. Please enable Javascript and refresh this page.