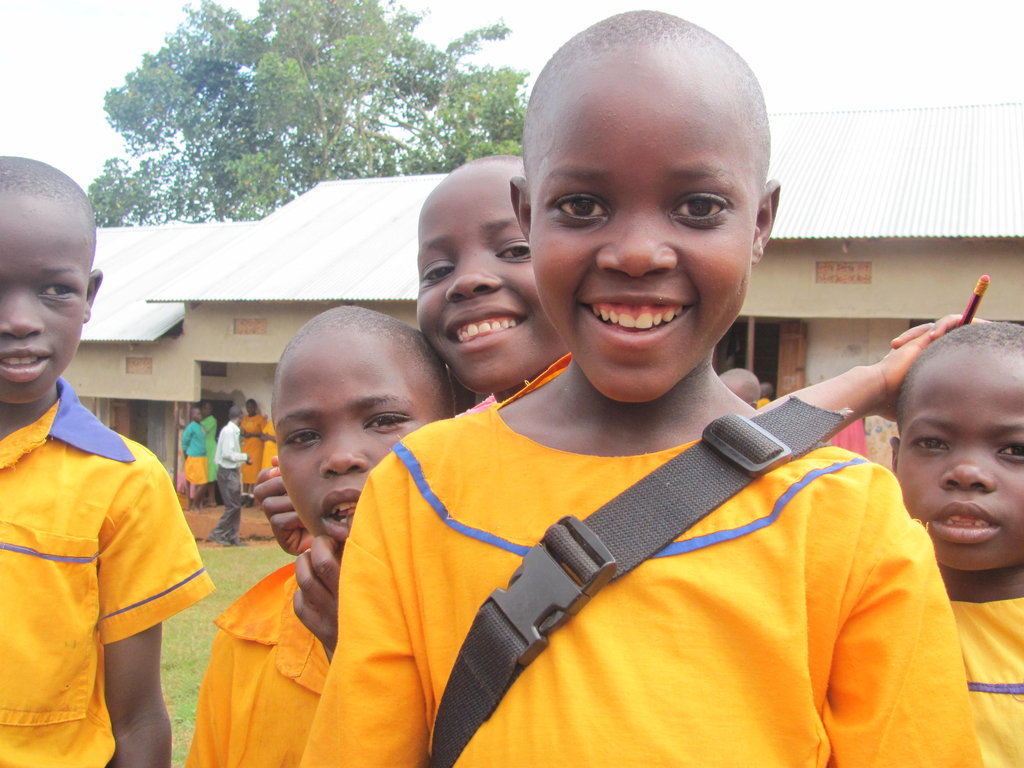 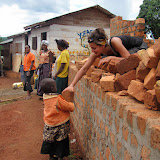 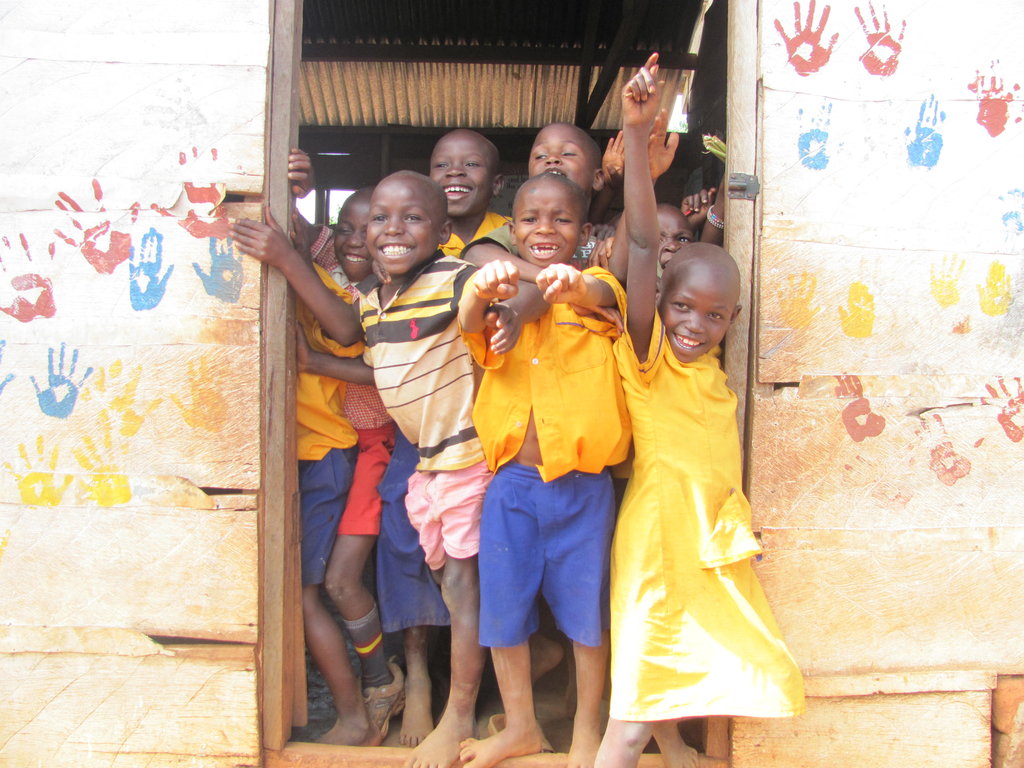 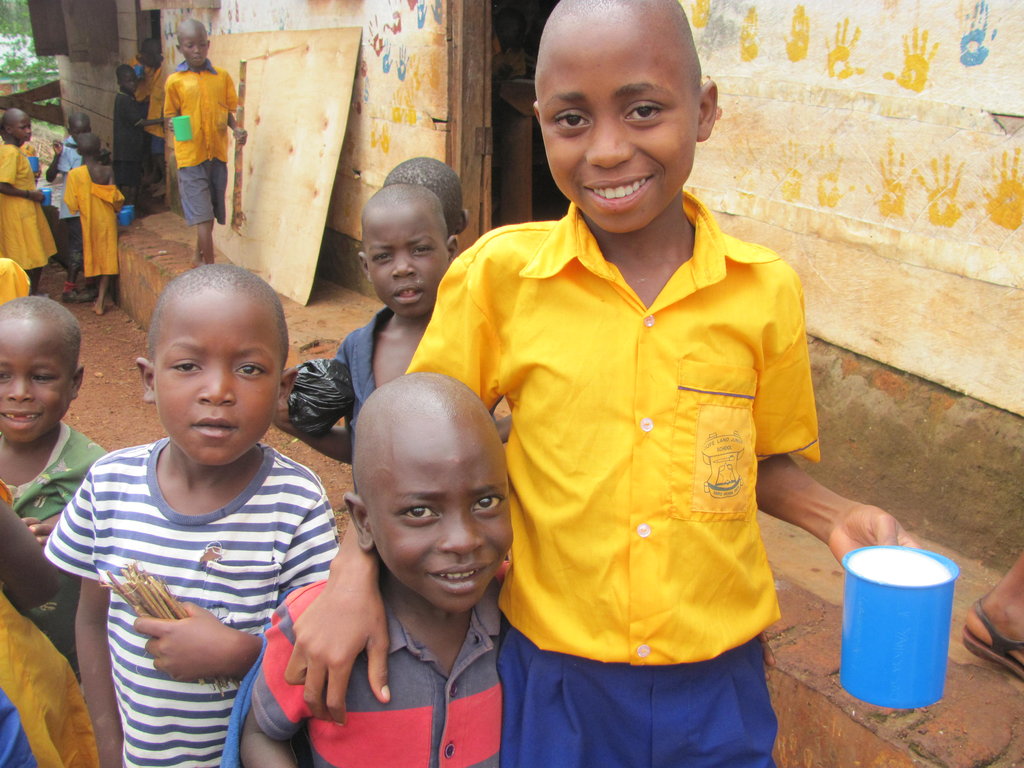 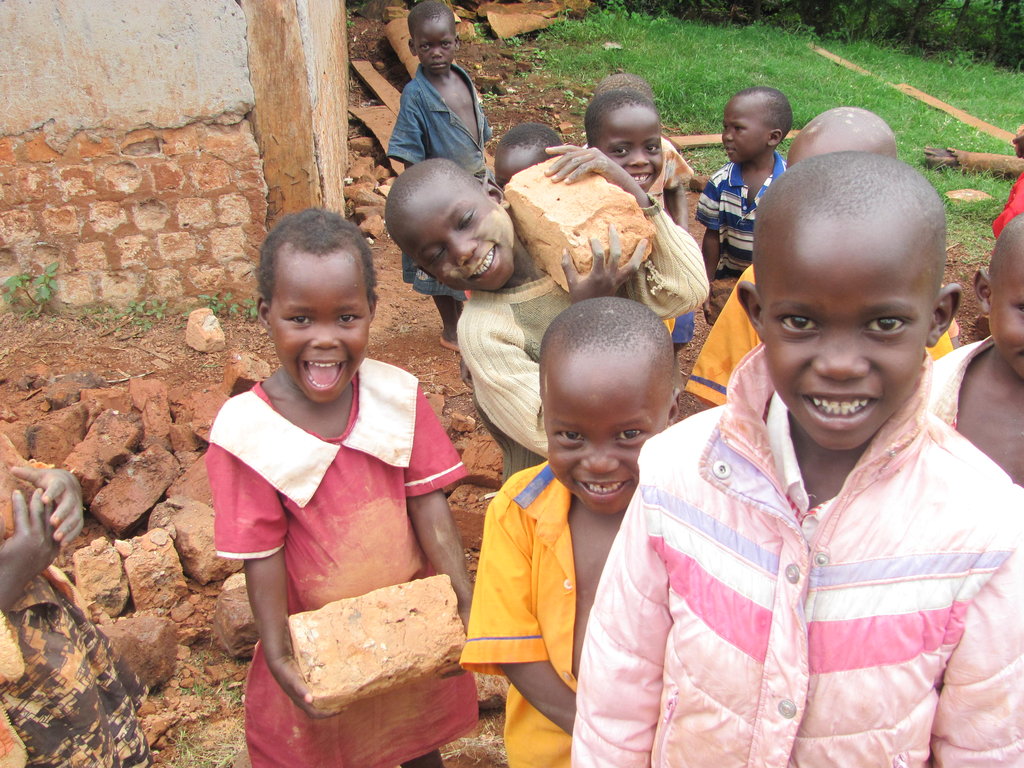 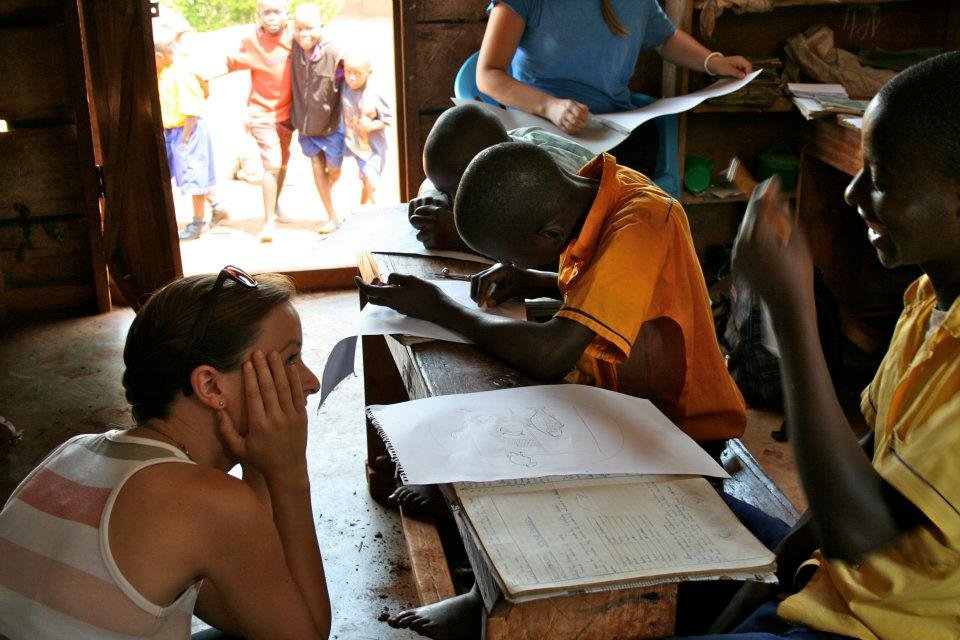 This is a report about the two classroom building block that was finished as a result of GlobalGiving monies. This classroom block was built at a school called Hopeland Junior School, Kitoola. This school is owned by a nongovernmental organization called Youth Focus Africa Foundation (YOFAFO). This school is found in Kitoola village, Najjembe Sub County, Buikwe district.

In the last report, this project had stopped at the beamlevel. This was reported at the end of November. This report will therefore report what happened on site from December till the whole building was finished. In this very report, the main activities involved were purchase of materials for the main activities and the actual activities taking off. These included roofing, fitting doors and windows, plastering, flooring and painting.

In December, materials needed for roofing were bought. These included timber, ironsheets, steel, faceboards, nails etc. A roofing expert was contracted and he together with his team did the roofing. In roofing, a rooftop is first erected using timber first, and then late iron sheets are nailed on to the timber. This is followed by nailing of the face board around the end of the ironsheets. This whole roofing process took around two weeks.

The next two weeks of December were for fitting in windows and doors. This involved delivering them on site and fitting them in to the building.

After all the above was done, the next stage done was painting. This was done by another group of people who are experts in painting. These painted the whole building including inside and outside.

This was followed by the finishing stage. In this stage, the builders make sure they smooth each and every activity that was not done so well. They also clear the building and all its surrounding and clean both inside and outside of any unwanted material making it read y for use. This marked the end of the building and the building was ready for use.

This was then followed by putting in furniture both in the office and in the classrooms.

4th February was the beginning of the new school calendar. Students reported back to school on 4th and were so excited at the new classroon block. This newclassroon block has therefore been in use since the beginning of the term. The two classrooms are occupied by primary six and seven and the two offices are occupied by the school administrator and the head teacher.

As a result of building this block, a primary seven class (Highest class in primary level) was added this year. The primary classes are therefore complete. The Nursery section (Kindergarten) was also able to get an additional classroom making them more independent instead of mixing them (All the three classrooms at kindergarten) in one classroom. This now makes learning and teaching more effective than it was before.

This could not have been achieved if YOFAFO had not got the funds from GlobalGiving. When the GlobalGiving opportunity came in, it was used effectively thanks to the people who were in charge of mass media. These people did a great job first to identify this opportunity of global giving for YOFAFO and making sure it qualified. It is through this that the money for finishing this classroom block was realized. With the monies the building was built from beam level to finishing level. It has not only added a new facelift to the school but the whole community at large.

The whole community and YOFAFO fraternity are so grateful to everyone who made this possible. Special gratitude go to the social media group for all their tireless efforts to make sure they fundraise the monies and also get the needed number of sponsors to qualify for global giving. Above all we are so indebted to the GlobalGiving team for a great job well done on their website to mobilize and communicate effectively and to uplift nongovernmental organizations that are especially doing work at the grass root. We would never have achieved this without your support.

We have attached the final expenditure report for the project. Thank you so much to all who contributed. 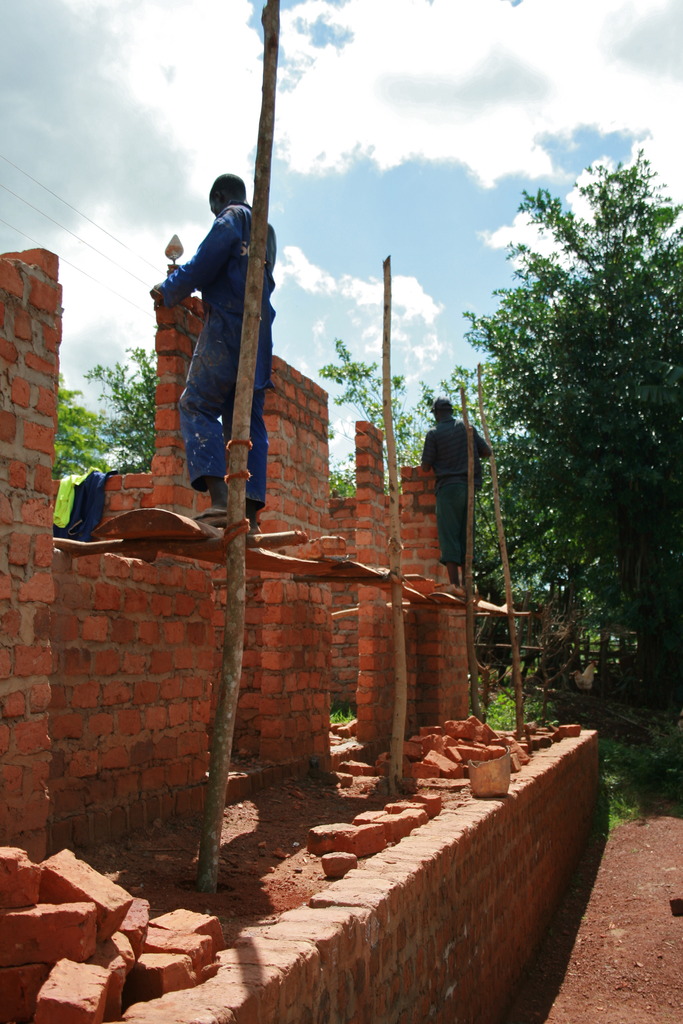 Green. The project is running on time and on budget. Yofafo staff on the ground have been happy with the progress, and with the quality of the work so far. It compares favourably with previous classroom constructions. The contract labourers have been working well, however see (Issues) below. The students and villagers have been very excited to see their new classroom going up!

The brickwork was completed to roof height on November 12 by contracted bricklayers. The next 2 weeks saw the construction of the ring beam (a concrete beam which sits on top of the perimeter brick wall and encircles the building), and also the construction of the reinforced concrete posts for the verandah supports. The 2 photos below show the progress as of November 30.

During December, the roofing work will begin. This will involve the purchase and construction on site of of timber roofing trusses, roofing iron, guttering and spouting, and payment of roofers and labourers.

Following the completion of the roofing, the building will be fitted out and finished:

It is expected that the classroom will be ready for use by January 31.

The lead engineer/builder is also working on other sites. Yofafo has found that has sometimes been not available when needed. It has been raised as a risk thst needs to be monitored. It has so far not affected the schedule. No other issues have been reported. 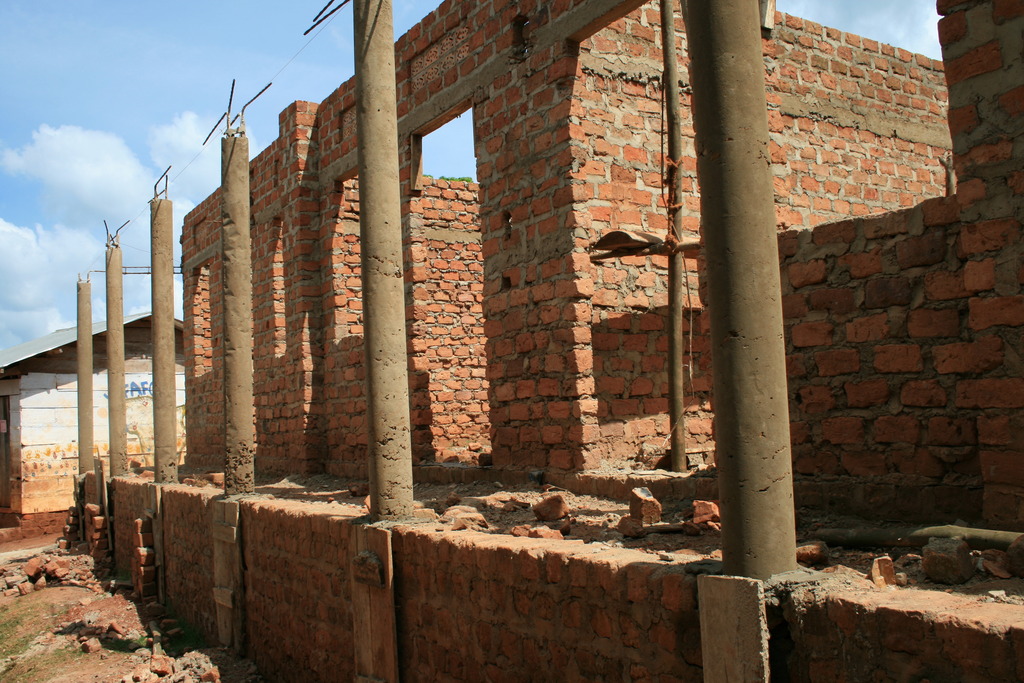 Find another project in Uganda or in Education that needs your help.
Find a Project

GlobalGiving
Guarantee
Donate https://www.globalgiving.org/dy/cart/view/gg.html?cmd=addItem&projid=11248&rf=microdata&frequency=ONCE&amount=25
Please Note
WARNING: Javascript is currently disabled or is not available in your browser. GlobalGiving makes extensive use of Javascript and will not function properly with Javascript disabled. Please enable Javascript and refresh this page.