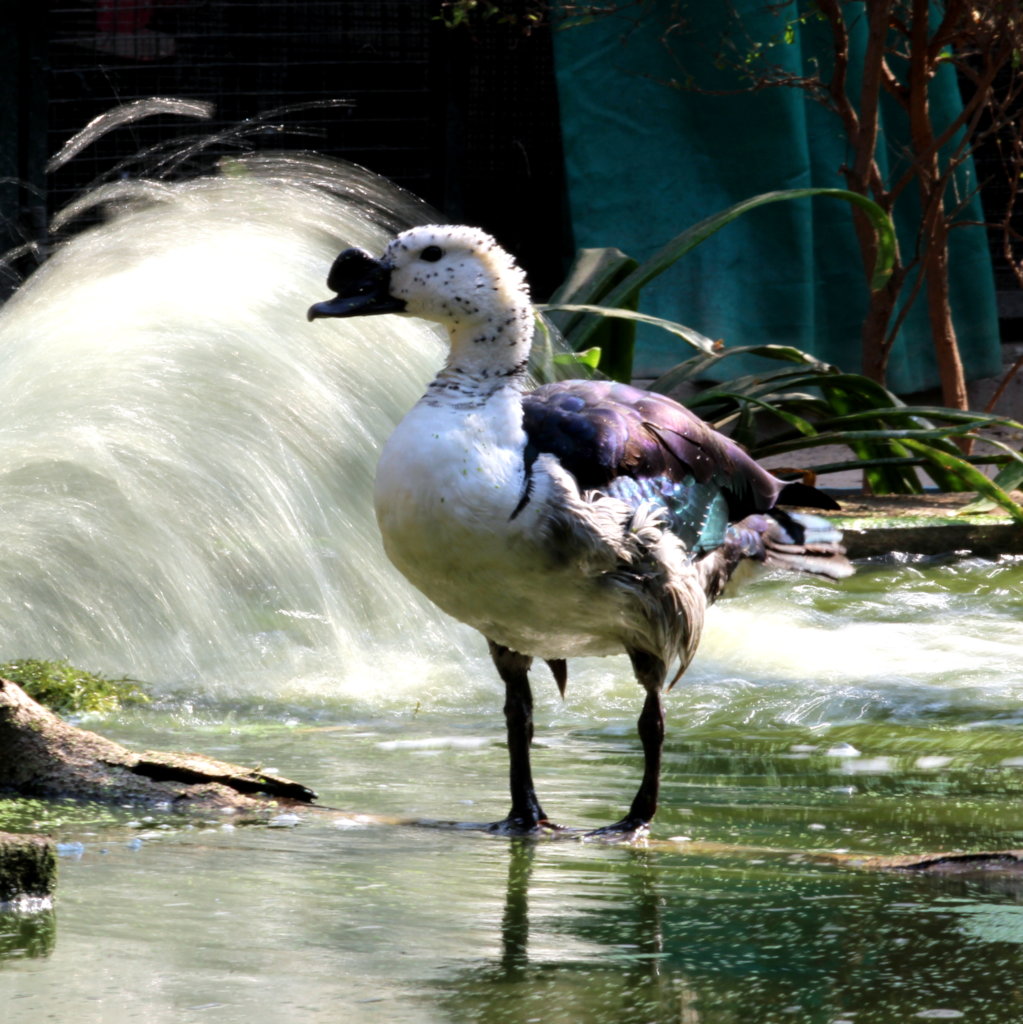 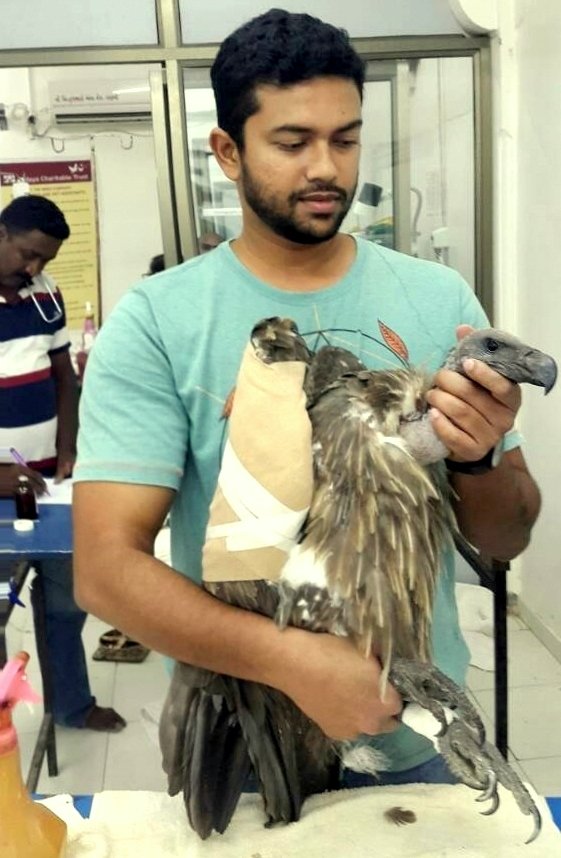 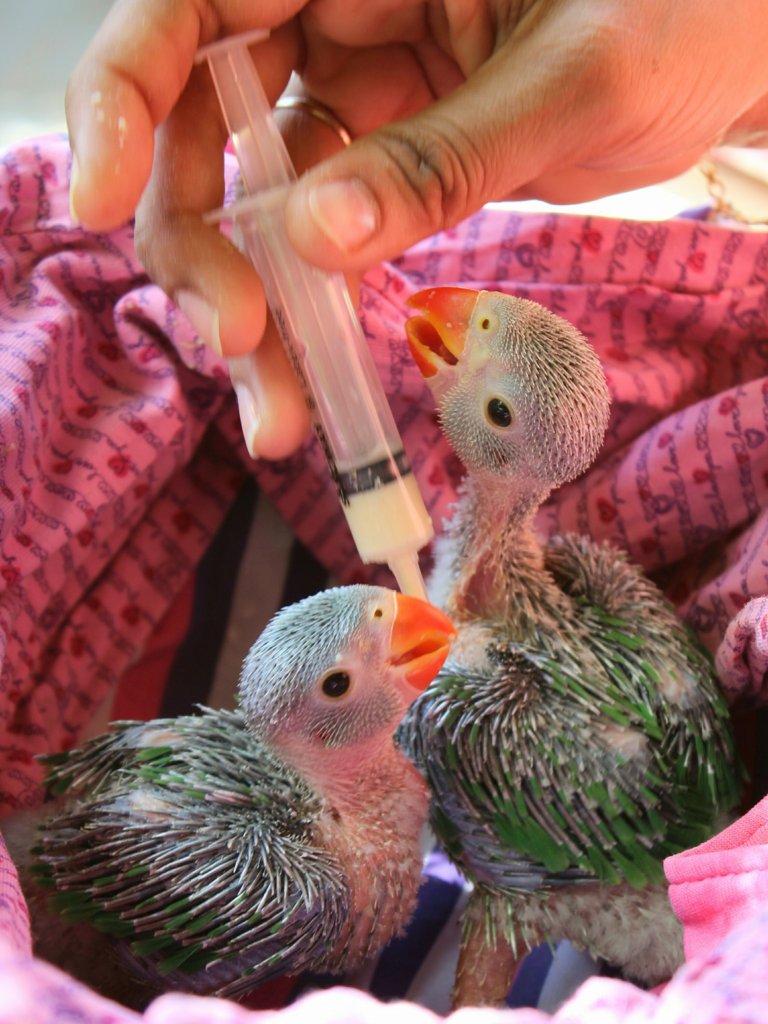 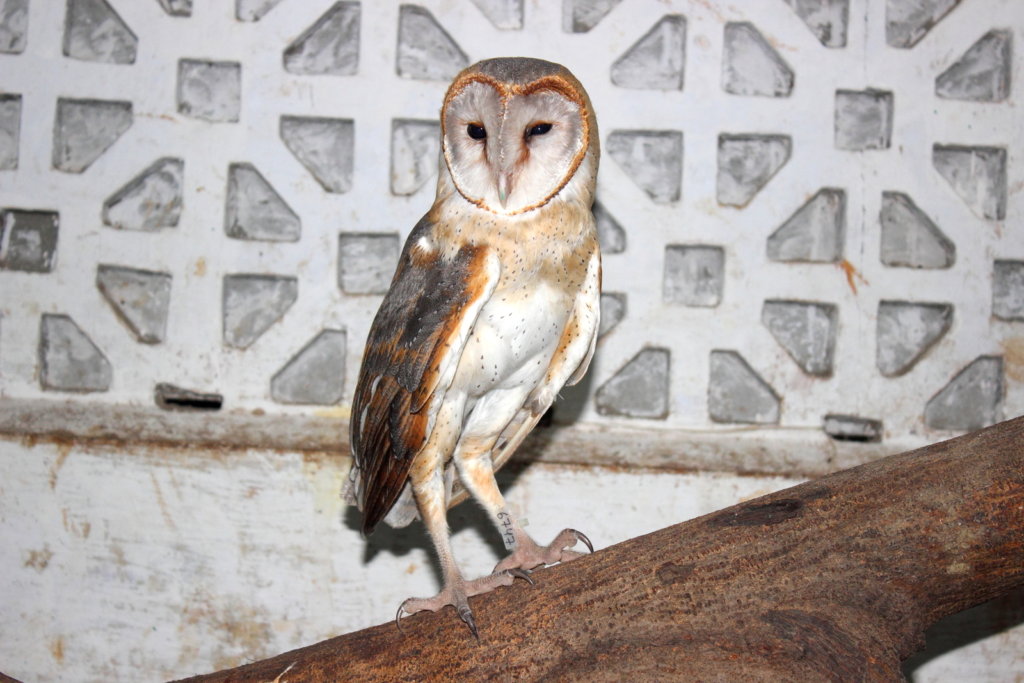 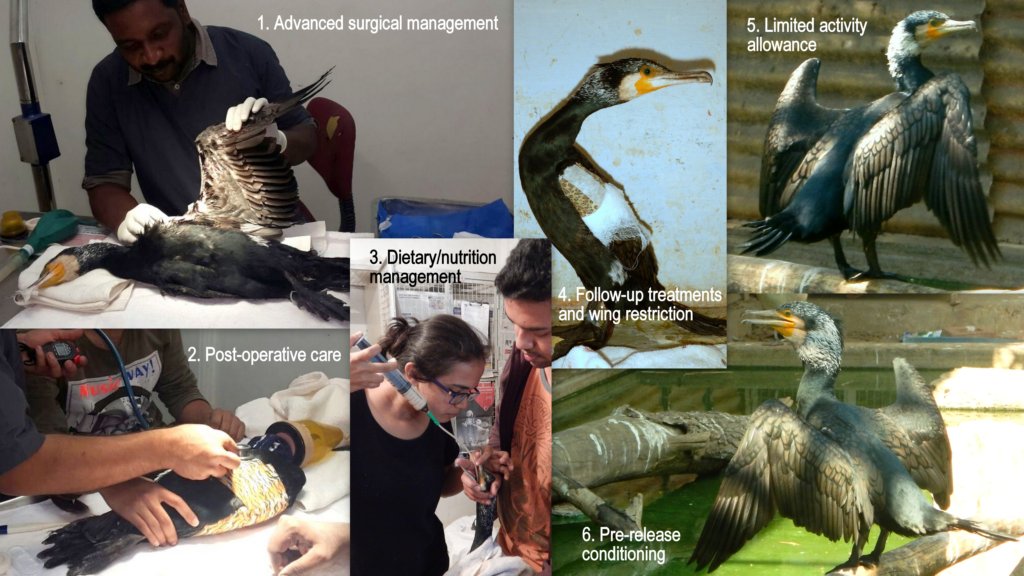 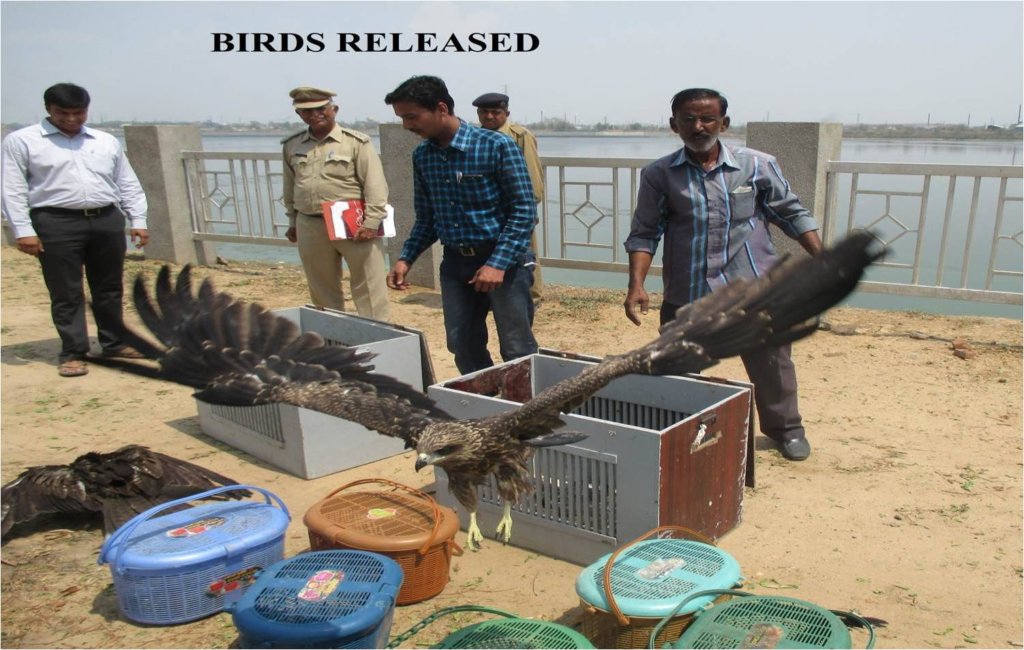 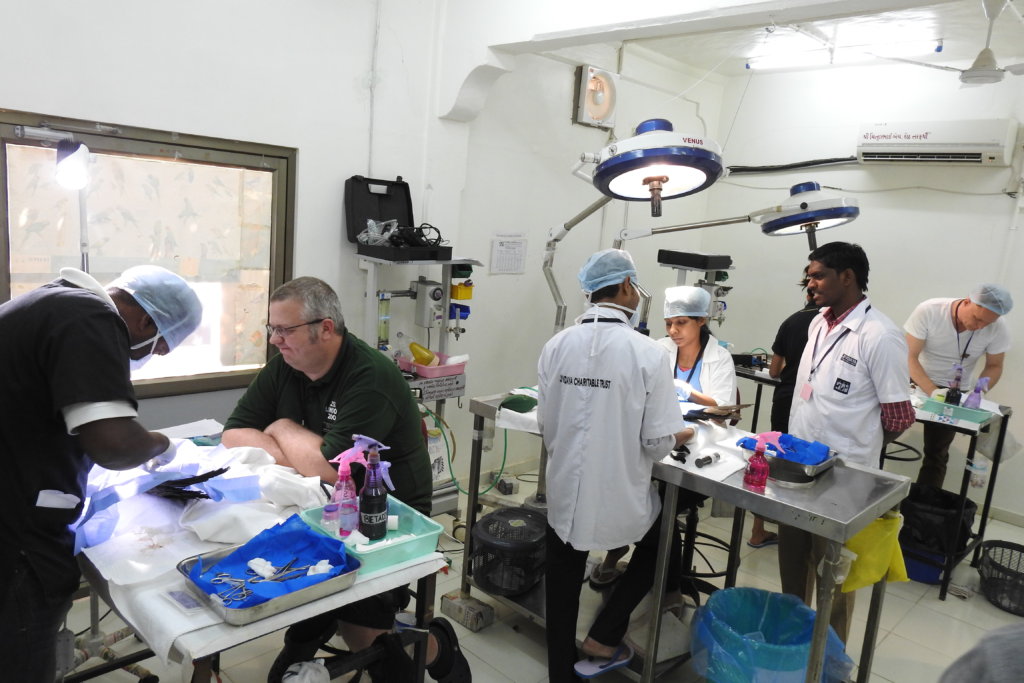 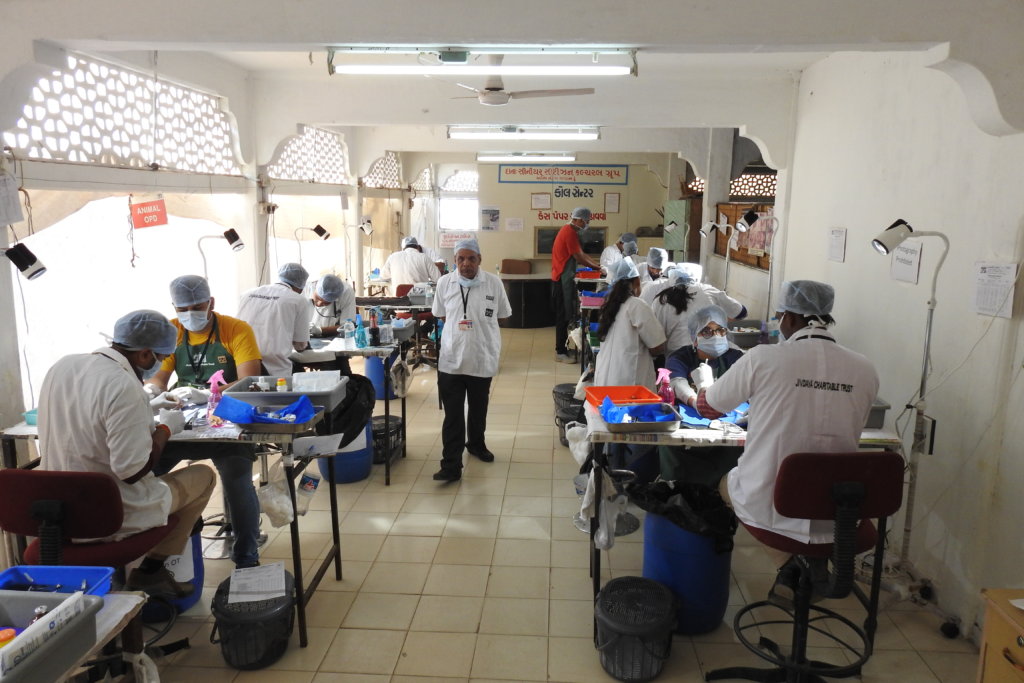 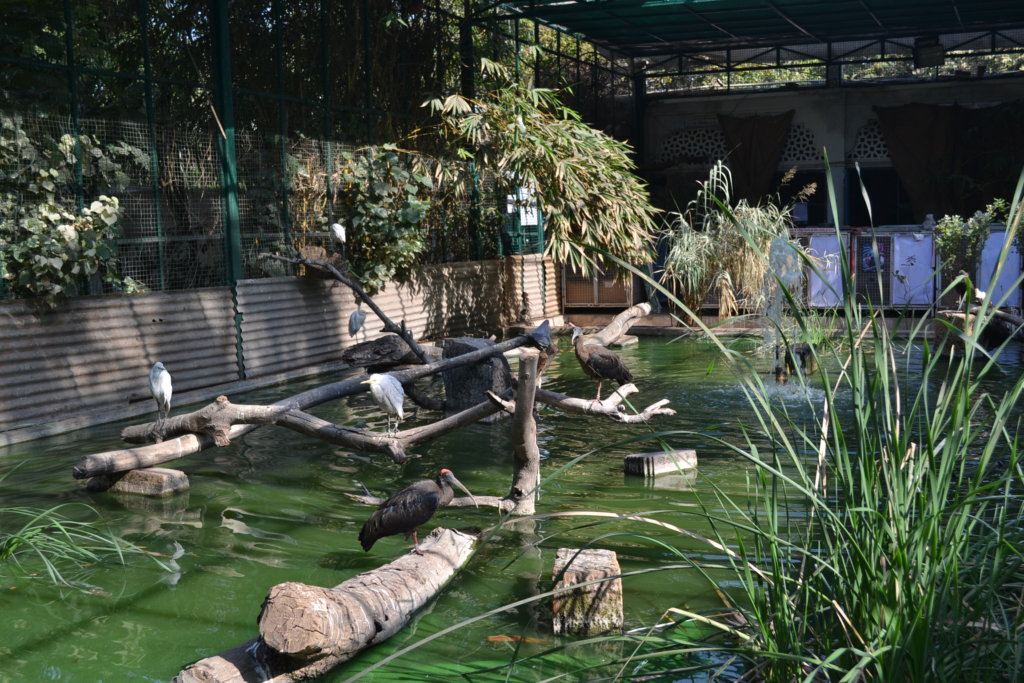 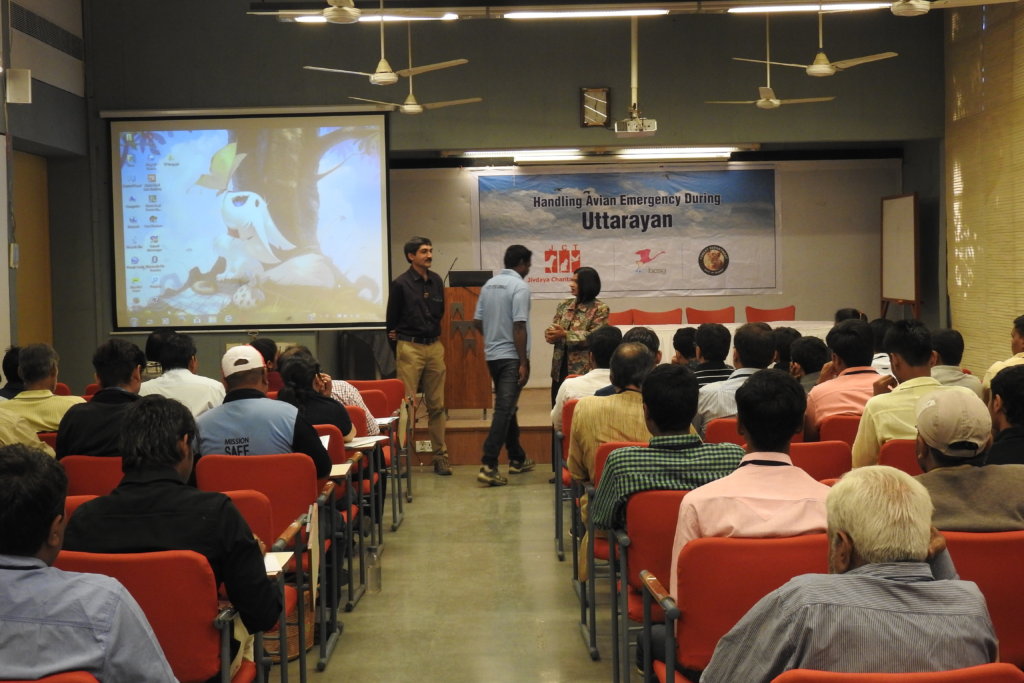 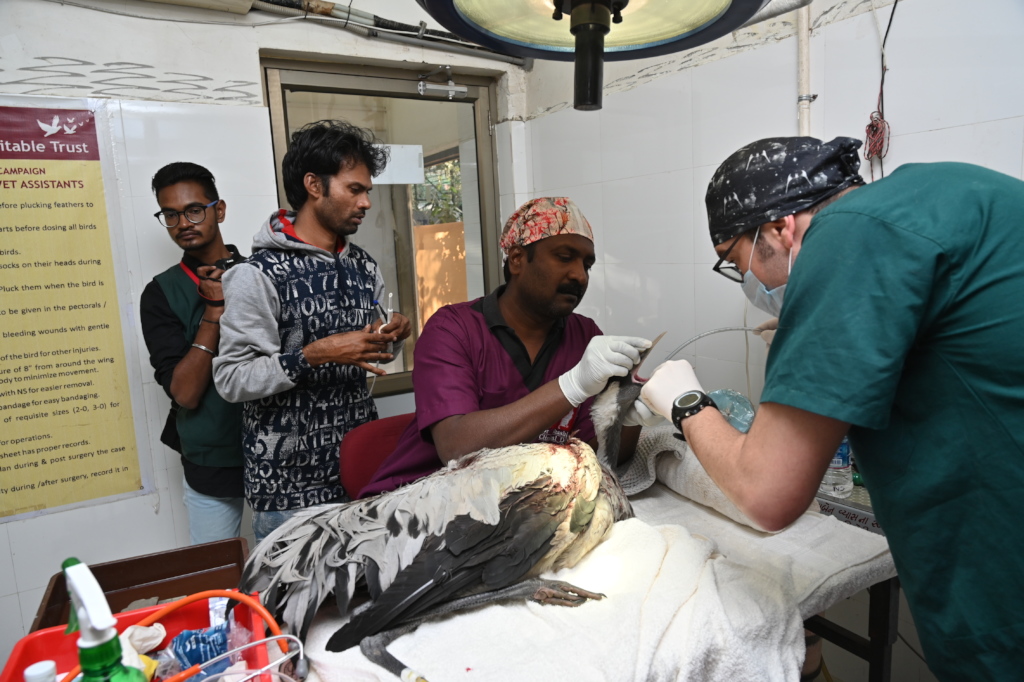 Nalsarovar and Thol Lake near Ahmedabad in Gujarat are importantpockets of Migratory birds mainly inhabit it as their wintering ground. Thousands of migratory birds like crane, geese, and ibis all the way from Europe, Asia, Africa, Russia cross the Himalayas to spend the winter in Gujarat and become the victims of Uttarayan Kite Flying festival.Birds fly into these deadly glass coated strings (Manja)are entangled, causing deep cuts to their wings, nerve injuries, fractures, dislocations and in many cases, death.

The common crane (Grus Grus) is a medium sized crane belonging to the family “Gruidea”, also known as the Eurasian Crane. It is distributed in the Indian sub continent, Asia, Africa and Europe. The common crane is a fully migratory species, their winter migration occurs in the early September to December and they return during late March.

This common crane was brought in towards the ending of January 2020 with a deep laceration on the right wing patagial. The wing was cut badly due to the sharp kite strings all the way till the bone. The wing web was also torn due to a deep laceration and it also had a bad fracture at the elbow joint.Team of our Vets operated on the bird and sutured the flight muscles but unfortunately the bird reached us a bit late and there was already infection setting into the bone. Despite the best shot our vets could not save the wing as it was already damaged completely due to the infection and unfortunately the bird will not be able to fly anymore but the good news is we could save its life with our hard-work. This Common Crane is staying with us for now, till we can shift him to a forever home at a Zoo or a Bird Park, where it will stay with other cranes and join a flock of his own.

Thank you, donors, for your generous contribution towards treating, rehabilitating and saving all these innocent lives. 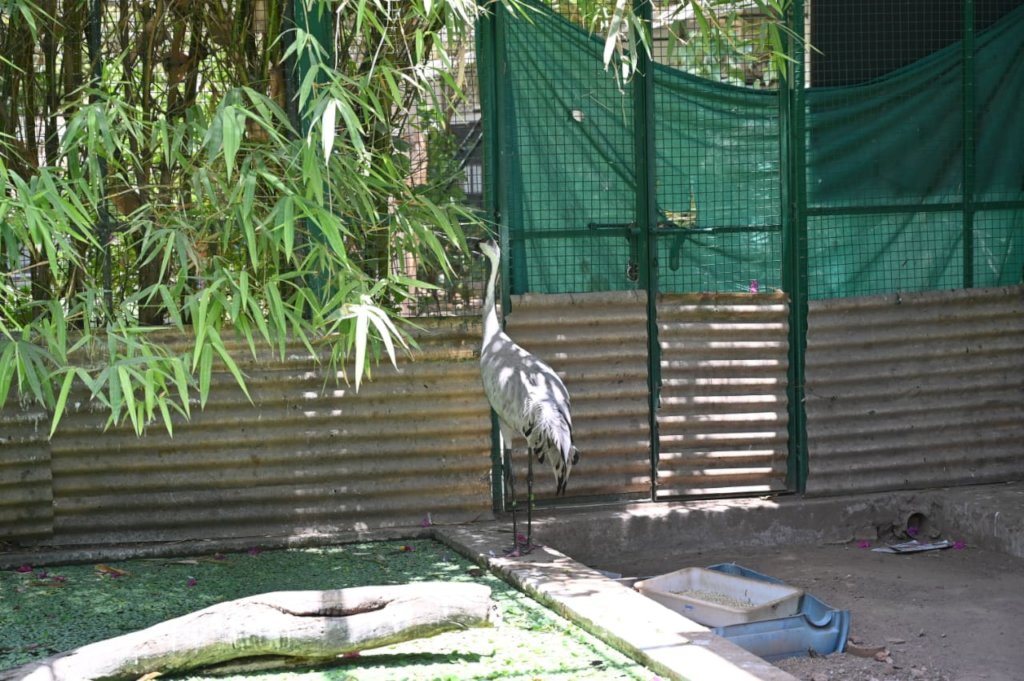 Roaming in our aviary

Support another project run by Jivdaya Charitable Trust that needs your help, such as: 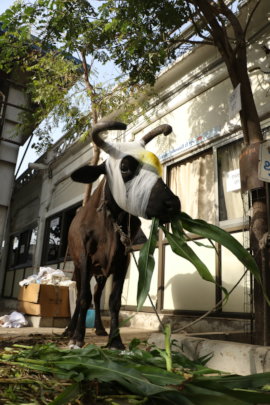 Save Homeless Abandon stray Cows in Gujrat.
Find a Project

GlobalGiving
Guarantee
Donate https://www.globalgiving.org/dy/cart/view/gg.html?cmd=addItem&projid=26352&rf=microdata&frequency=ONCE&amount=25
Please Note
WARNING: Javascript is currently disabled or is not available in your browser. GlobalGiving makes extensive use of Javascript and will not function properly with Javascript disabled. Please enable Javascript and refresh this page.