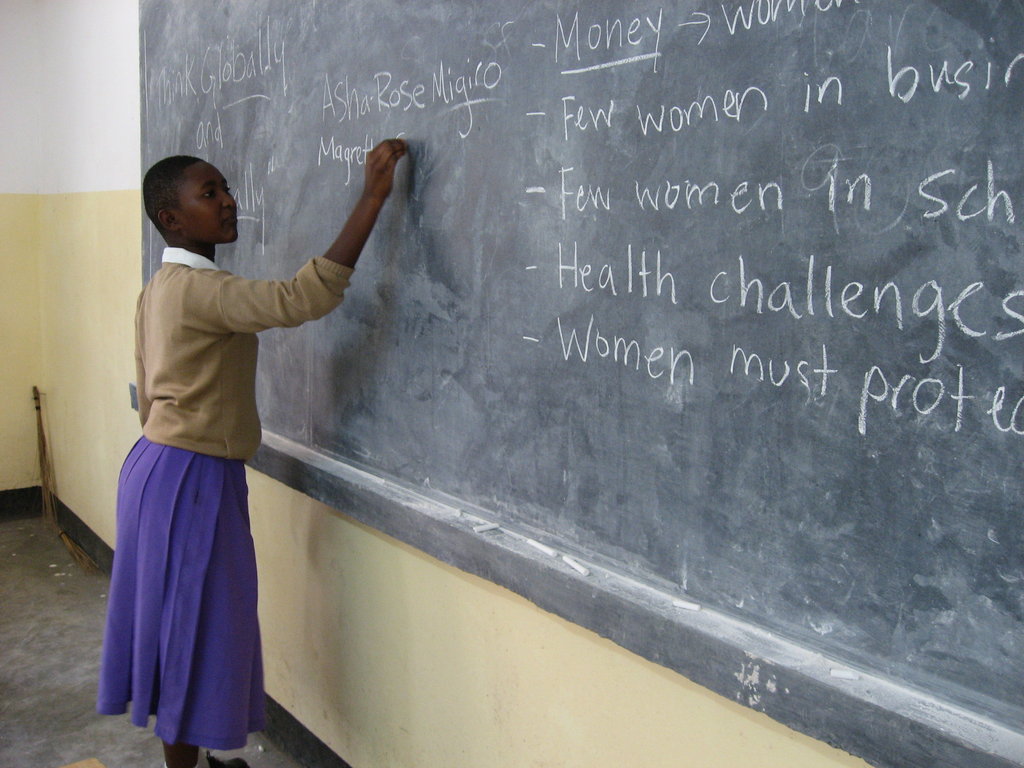 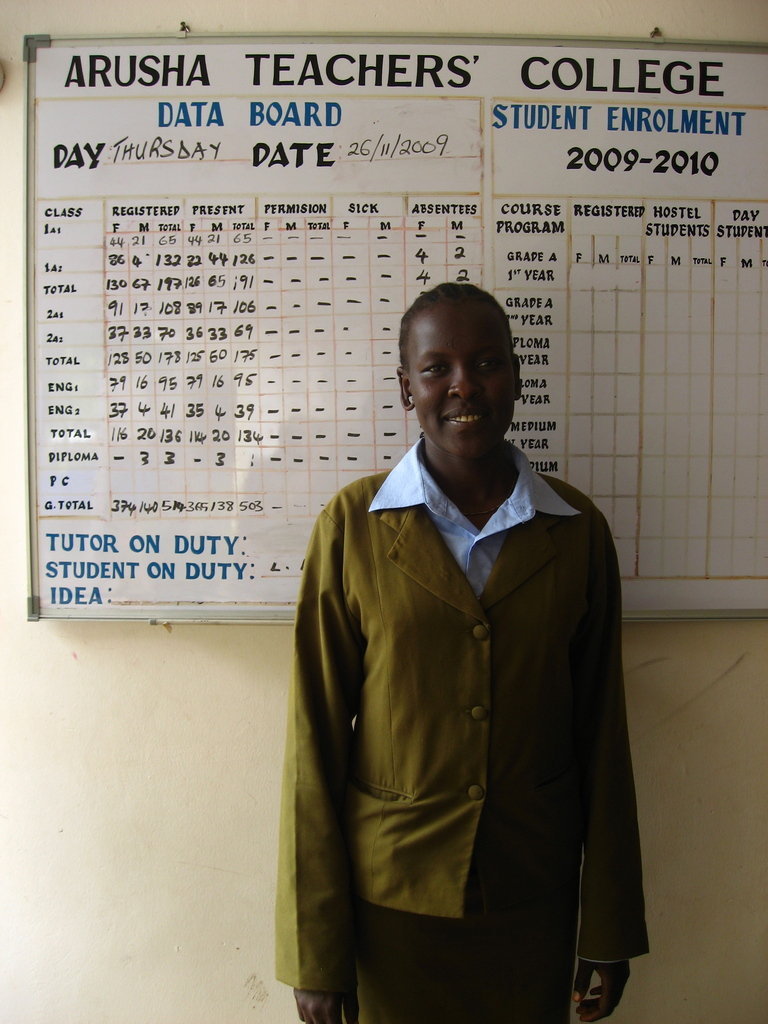 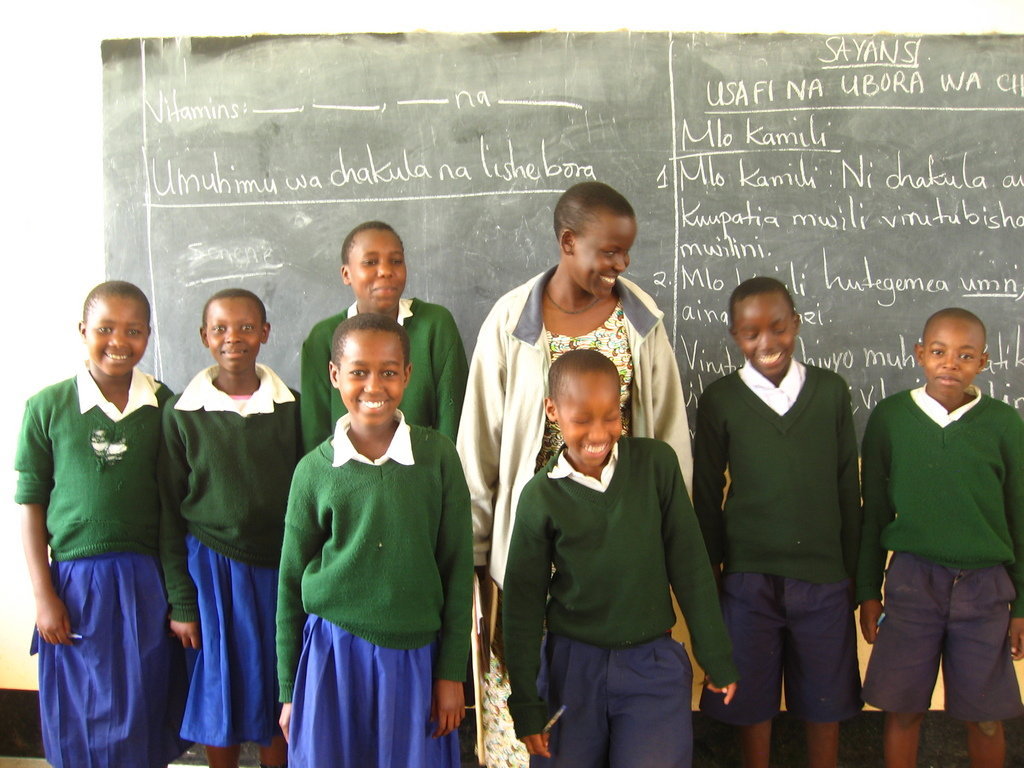 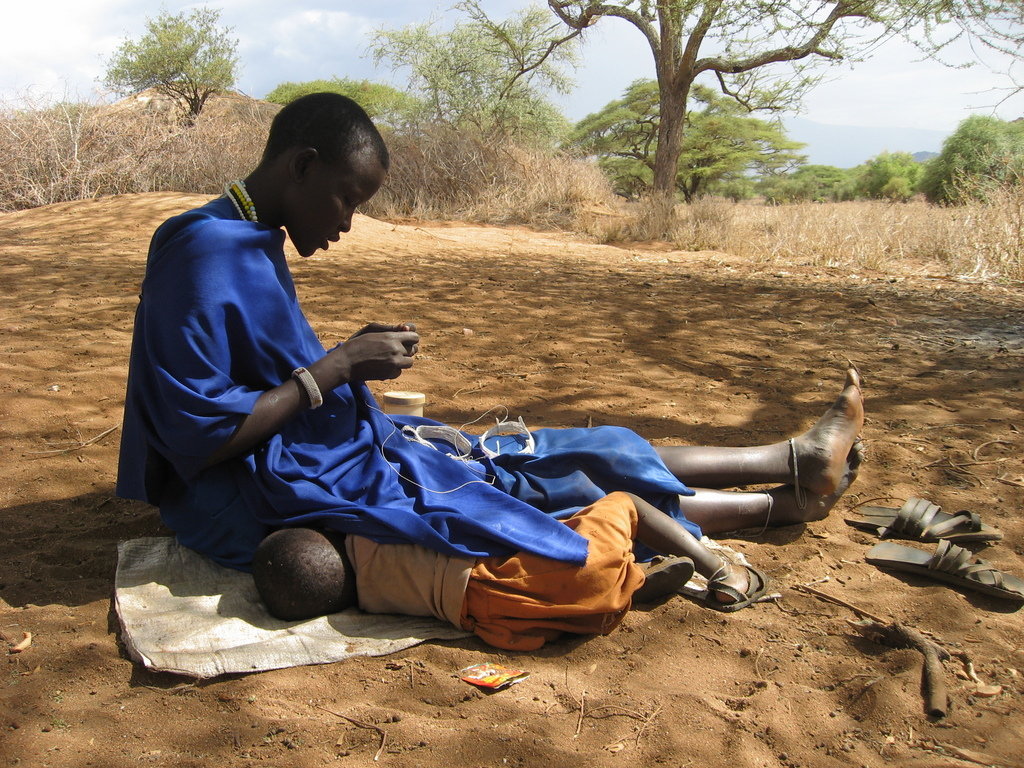 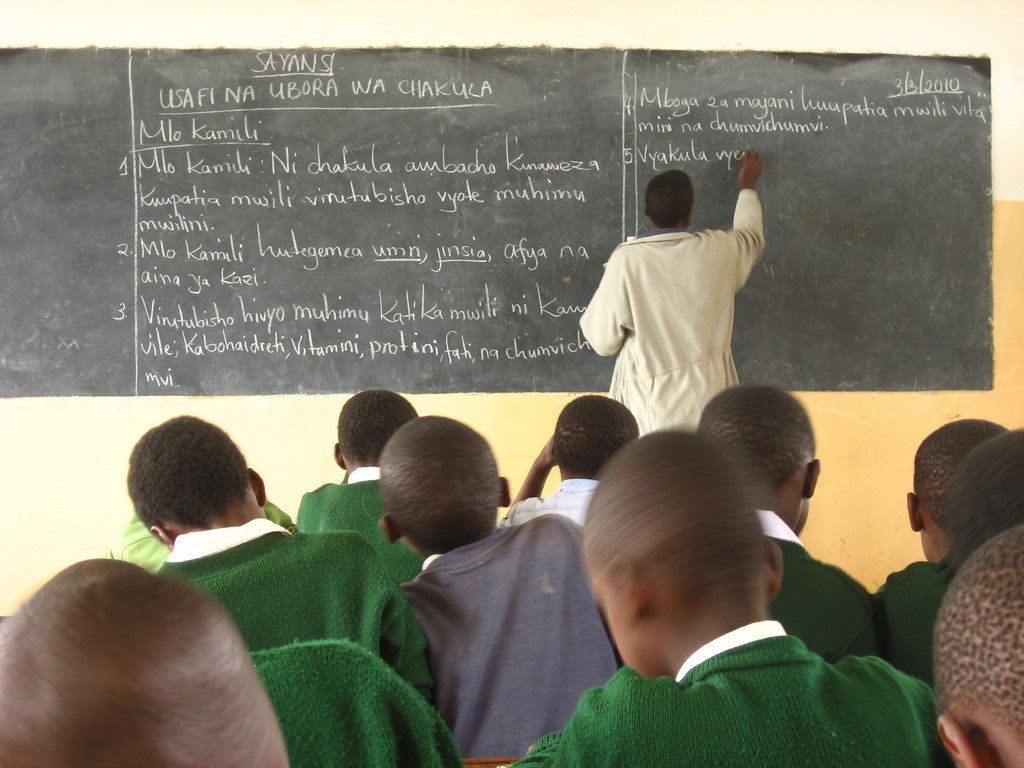 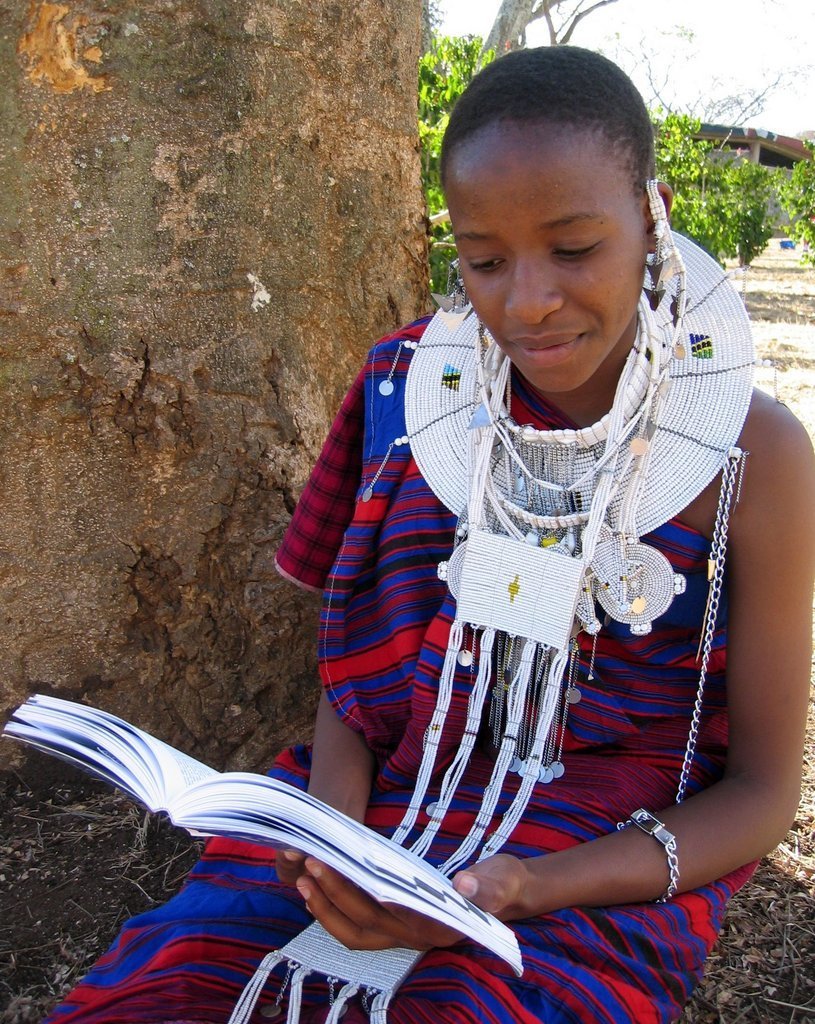 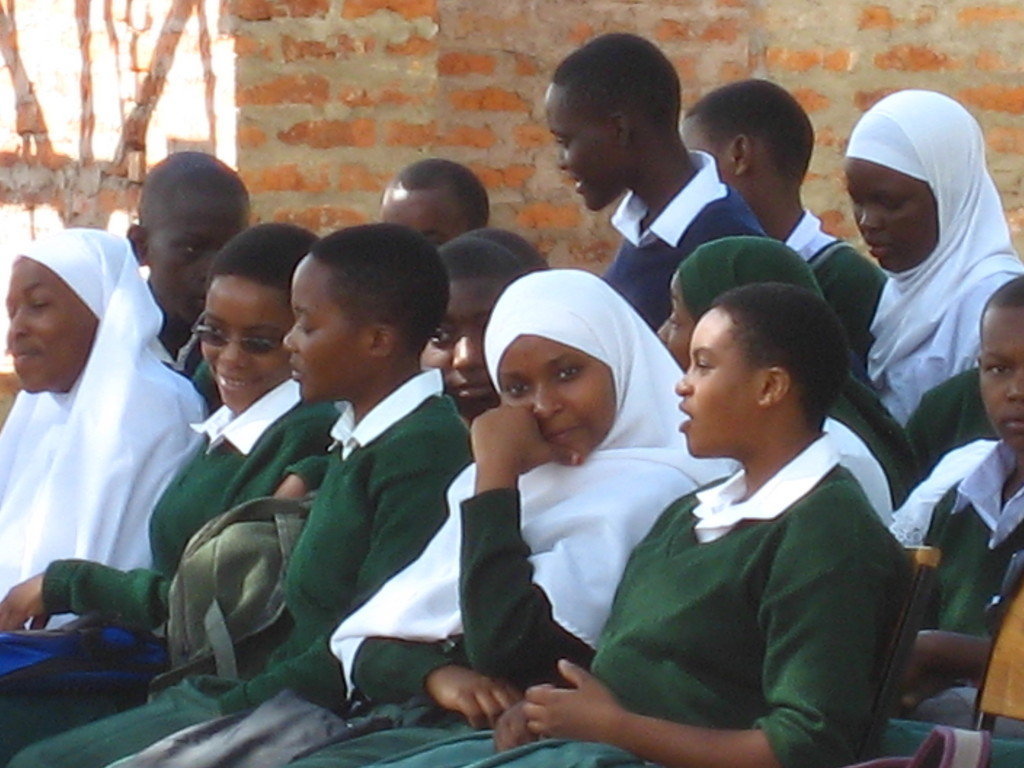 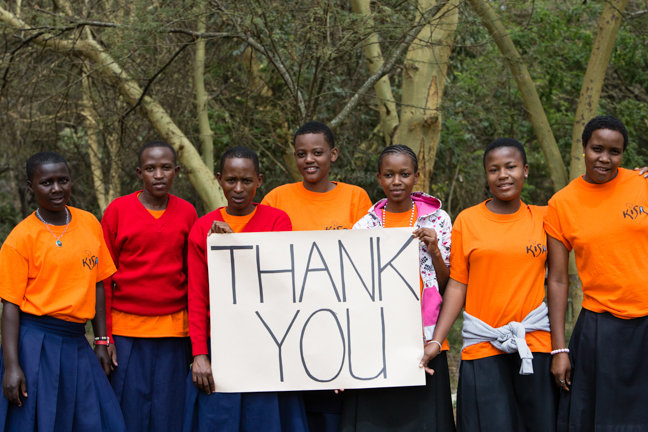 As a result, we’re going to take a more direct approach to fundraising for the project and have decided to remove the initiative from Global Giving.

We will instead focus our Global Giving fundraising efforts on other aspects of the Kisa Project. So if you’d like to continue to donate through Global Giving you can still do so, and bring educational and other benefits to hundreds of Tanzanian secondary school girls. Just search AfricAid’s projects on Global Giving.

If you’d like to continue to support the University Scholarship Fund specifically, you can do so through the donate page on our website, or just send an email to info@africaid.com and we’ll arrange everything for you.

Thank you so much. With your support, AfricAid has helped more than 100 Tanzanian secondary school girls to attend university!

We wish you and your family peace, joy and a very happy holidays!

It's That Time of Year Again! 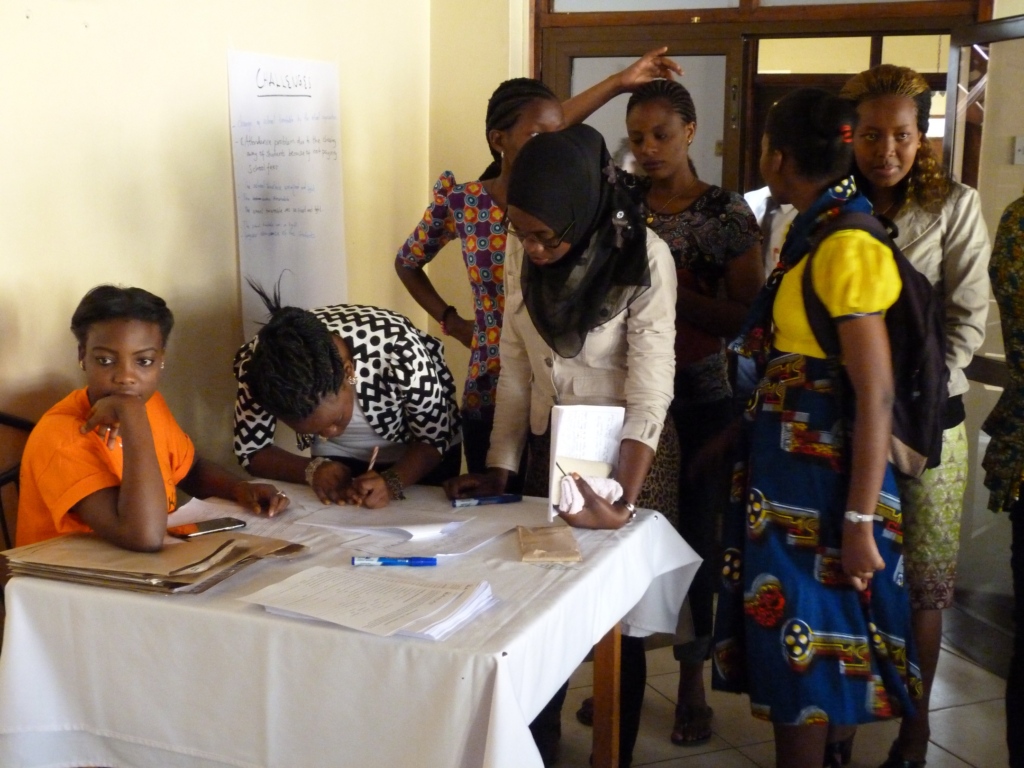 Some of the 2015 Graduating Kisa Scholars

It’s hard to believe its October already! We at AfricAid have again begun to receive scholarship applications from Kisa graduates, and are expecting about 50 applications this year. This reflects the gradual growth in the reach of the Kisa Project and the growing number of Kisa Alumni.

Applications will close at the end of the month, and the Kisa Project Manager (Arusha Region) will go through each application and prepare a report on the graduate and her application for the Tanzanian Board. The Board will make the final decision, but the recommendations of Kisa Project Manager, who knows each applicant individually, including her personal financial situation and how she performed as a Kisa Scholar, are invaluable. The Board then has the unenviable task of deciding how the available funds will be distributed.

Even when a Scholar only receives a scholarship to partially cover her tuition costs, it can mean the difference between her going, and not going. One of last year’s scholarship recipients is a young woman called Maria. Maria is enrolled in a Bachelor of Law degree at Tumaini University, Makumira. She says that studying law isn’t difficult, but there’s a lot of work and it’s very tiring! She’s especially interested in subjects dealing with child rights, saying ‘it’s easy to apply to what goes on in the real world here in Tanzania. It was very interesting to learn about FGM when we were studying about children’s rights and the Law of the Child’.

Mary says that when she finishes her studies she plans to open a law firm, ‘so that whenever a woman has a problem about her rights I will give free advice. People don’t know about their rights here and I think things would be very different if they knew. They will become fearless; they will be stronger and more determined. I would like to see greater equality for women’.

We look forward to be able to offer scholarships to other bright, motivated young women and would like to say a very big thank you to all our Global Giving donors for making this possible! 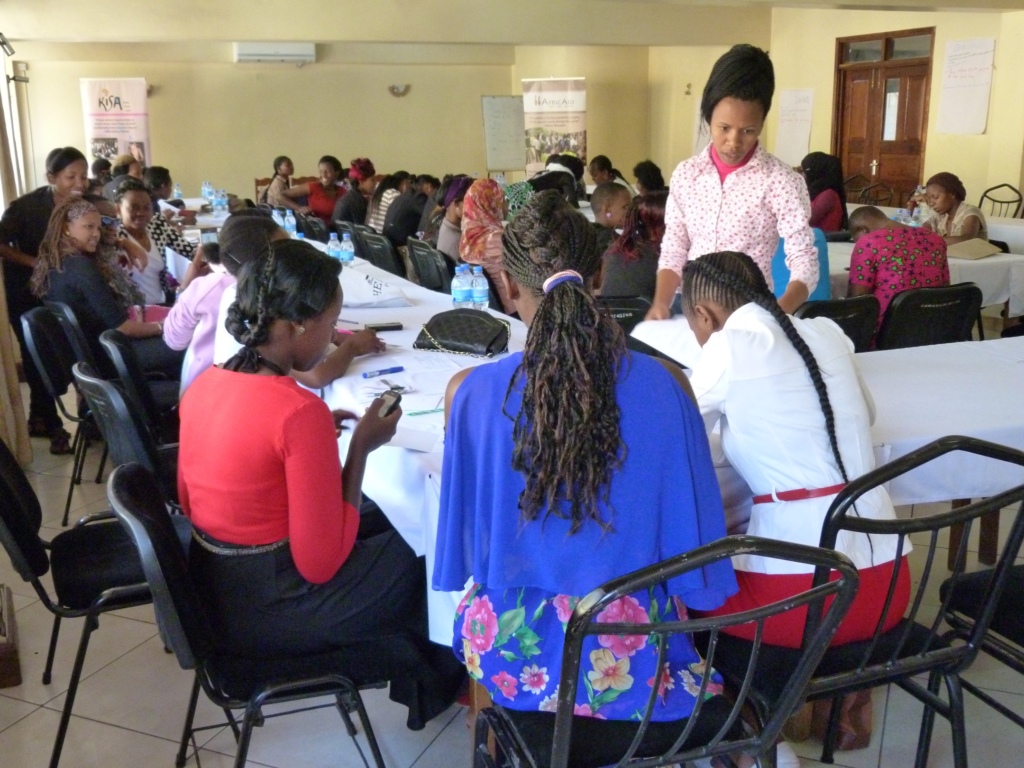 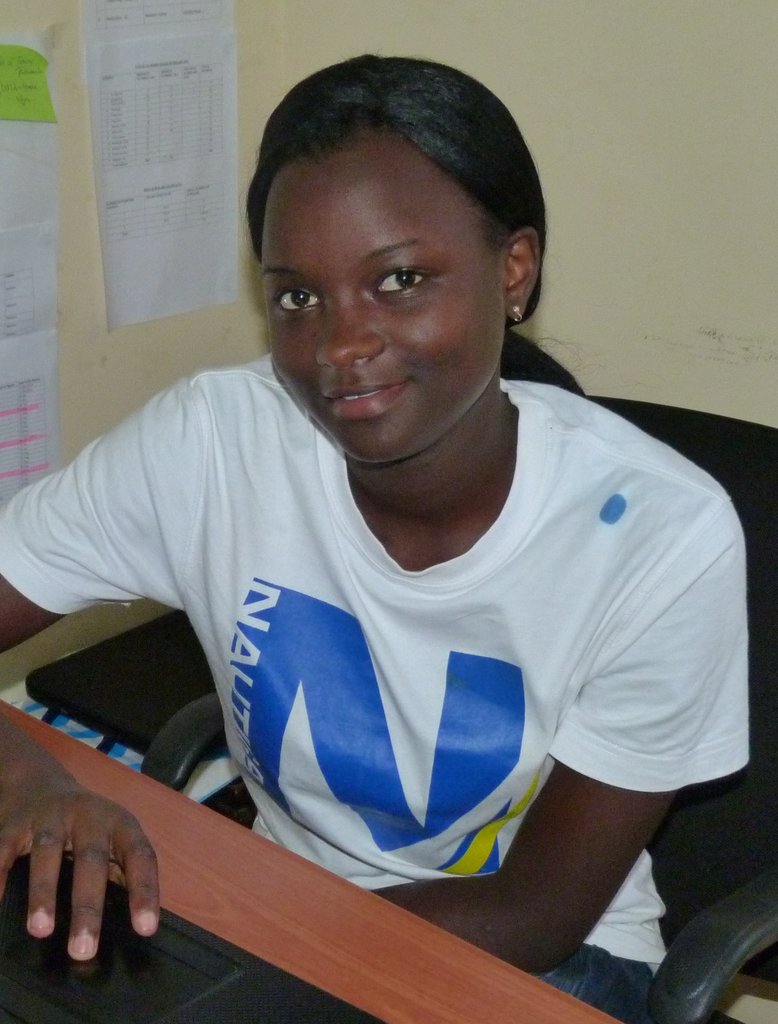 Aikande is Studying Finance and Accounting

Kisa Alumna Aikande studied at Makumira Secondary School, a semi-rural school located about 20km from Arusha City. She joined AfricAid’s Kisa Project in 2013 and says ‘I really enjoyed being part of Kisa … the Mentors helped us to recognize our inner potential and inspired us on how to succeed. I learned how to set goals and to never let anything draw me back’.

Now studying Finance and Accounting at Mzumbe University in Morogoro, Aikande is a great example of the kind of difference the Kisa Project, including the University Scholarship Program can make. She says she is really enjoying university and is extremely grateful for the support from AfricAid. She says that after finishing her degree she will take the Certified Public Accountant examinations in the hope of becoming an Auditor, but she also wants to involve herself in community work ‘that will touch and help other people’.

Aikande is just one of the amazing young women who benefit each year from AfricAid’s University Scholarship Program. Scholarships generally cover the cost of tuition only, with students raising the rest themselves, through friends and family.  Your donation through Global Giving to the University Scholarship Program not only touches the lives of individual girls in Tanzania, it will ultimately help change the status of women in Tanzanian society. 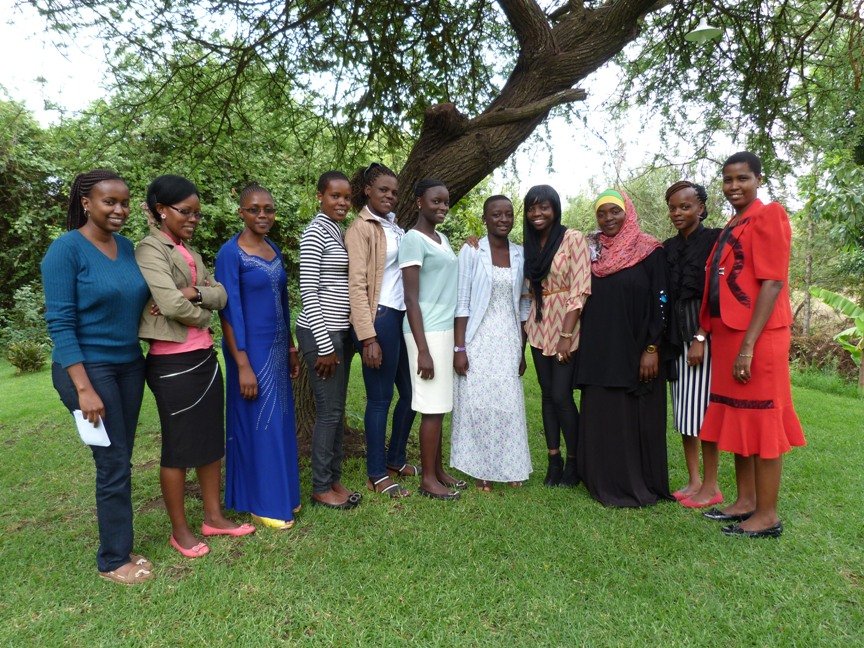 As part of the Kisa Project, which trains and mentors Tanzanian secondary school girls to reach their full potential and facilitate change in Tanzanian society, AfricAid has developed the Kisa Alumni Network (KAN).  KAN is made up of young women who have completed the Kisa Curriculum and graduated from the program.  AfricAid continues to provide networking and professional development opportunities, and tracks the long-term impact of the Kisa Project, through KAN.

A massive 90 - 95% of Kisa graduates go on to tertiary study and many of those girls are scholarship recipients funded in part thanks to donations on Global Giving. Without the Kisa University Scholarship Program, many of these bright young women would find it impossible to pursue any kind of tertiary education; indeed only 3% of women in Tanzania are able to.

In this report we’d like to share a couple of photos taken at the recent KAN lunch in Arusha. About 20 young women, at various stages of completing their tertiary study, got together to share ideas, experiences and news with each other. Pictured here are some of the group with their Kisa Mentors, Eligrania and Esther, and some of those who have received university scholarships through AfricAid and Kisa.  In a lovely twist, one of the girls I spoke to told me that she has finished her teaching degree and was now teaching History and English at her alma mater, Maasae Girls Lutheran Secondary School. She said she loves inspiring other young women to learn!

Thank you for being part of the change young women in Tanzania are creating. 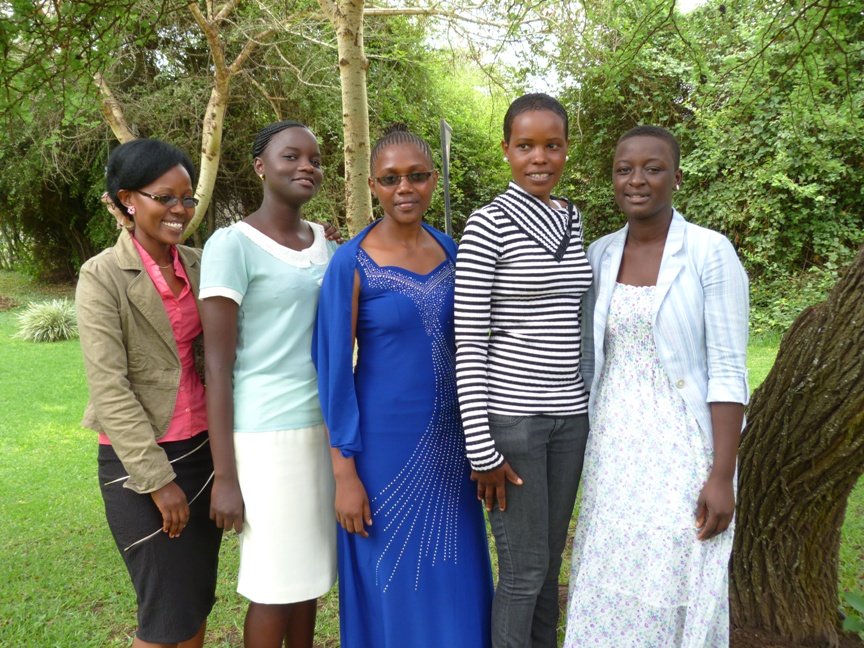 How Do You Decide Who Is Most Worthy? 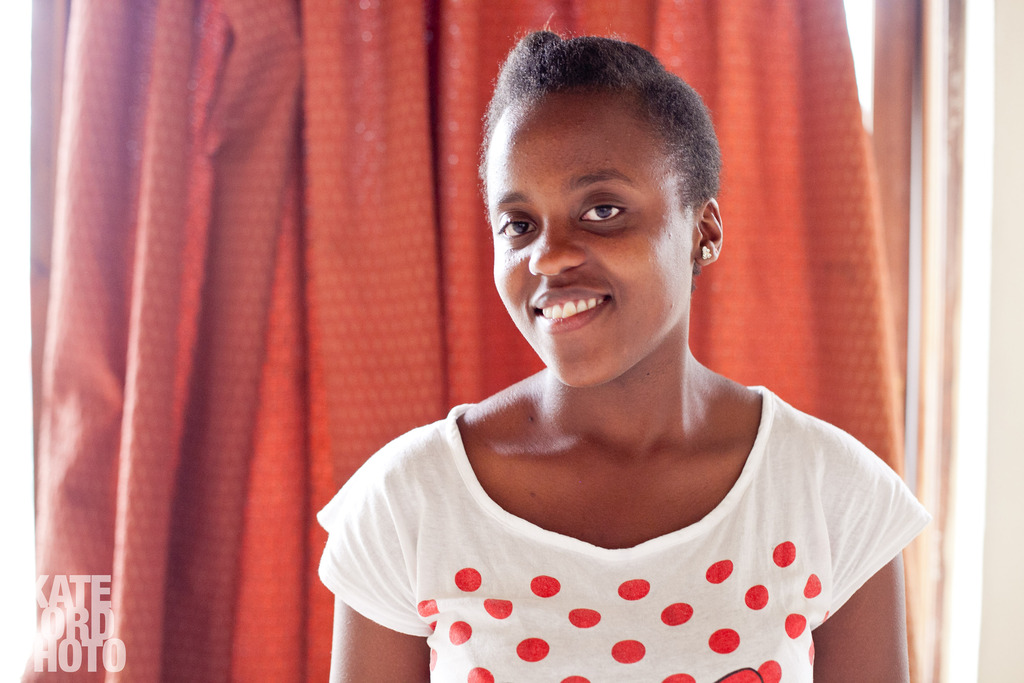 In November, AfricAid’s Tanzania Board of Trustees was faced with one of their more difficult annual tasks. Along with AfricAid staff, days were spent poring over applications from 26 very worthy Kisa graduates for the University Scholarship Fund, supporting graduates who are unable to enroll in university without assistance.

The total amount requested far exceeded the available funds. The problem was that every single applicant could make a compelling case for support. In a country where just 26% of women make it to the secondary school level, and only 3% to tertiary education, the fact that each girl had obtained a place at university was in itself an achievement against the odds.

After much discussion, the Board decided that there was no one application they could reject. Everyone would get something, but it wouldn’t be the amount originally applied for. Each applicant, with one exception, got about half of what they asked for – a small contribution towards their tuition fees. The rest of the cost of the tuition, and all living and other course-related costs would be raised by the student from elsewhere.

There was one particular student who stood out from the rest. Margaret had been one of the most dedicated Kisa Scholars our Mentors had worked with. She had even volunteered her time extensively to assist AfricAid staff with running the annual Career Day. She approached university with the same commitment, getting her application in early, carefully making sure she’d done as much as she possibly could to convince the Board to support her request, and following up with AfricAid staff to see how her application was progressing. Subsequently, Margaret has had the full cost of her tuition covered for the 2014-2015 university year. She is studying law at Tumaini University, Makumira.

26 Kisa graduates commenced or returned to university in October. They are studying things like education, sociology, law, business administration, finance and accounting and health sciences. They are changing the face of Tanzanian society. And it is, by and large, possible because of the generous support that is given by our GlobalGiving donors. Again we say a very big thank you on behalf of the inspiring young women who now have an opportunity to change their own lives, and the society in which they live. To date we have raised over $11,000 towards our target of $50,000.

Support another project run by AfricAid, Inc. that needs your help, such as: 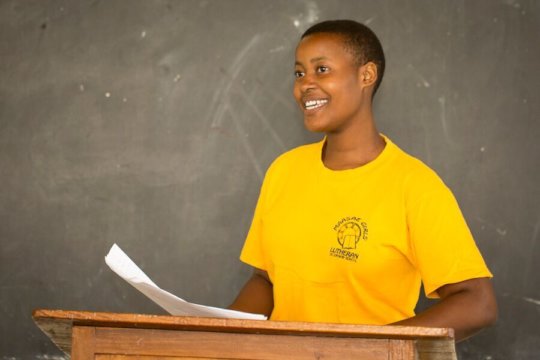 GlobalGiving
Guarantee
Donate https://www.globalgiving.org/dy/cart/view/gg.html?cmd=addItem&projid=5297&rf=microdata&frequency=ONCE&amount=25
Please Note
WARNING: Javascript is currently disabled or is not available in your browser. GlobalGiving makes extensive use of Javascript and will not function properly with Javascript disabled. Please enable Javascript and refresh this page.