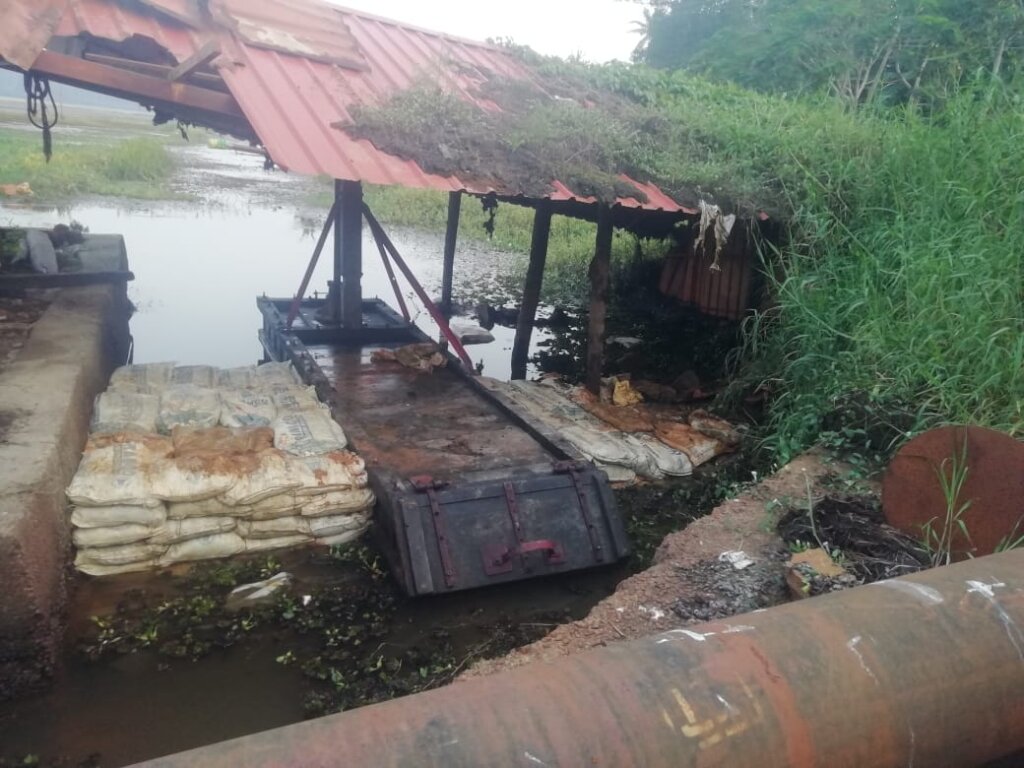 It is of utmost importance to conserve watershed areas, especially riverine wetlands like paddy fields and swamps, for the sustainable protection of rivers. During the last few decades paddy cultivation has been diminishing in all river deltas of Kerala. According to state planning board data, 30% of paddy cultivation has decreased during the period 2005-2020. Out of this, 5% of the area has land filled and 5% going for encroachments. Major junk of erstwhile rice farms remains as fallow lands.

The lack of labourers and the increase in the cost of cultivation and wages of labourers stand as the major reason for decreasing paddy cultivation. Moreover, unexpected rains and flash floods due to climate change causes severe losses, almost every year in recent times.

Rejuvenation of paddy cultivation in fallow lands is the sustainable solution for river conservation as well as food security and livelihood support of the riverine community. TIES supporting farming community through paddy development societies for fallow land cultivation, of Meenachil River in Kottayam district, Kerala. In association with Meenachil Peoples Fraternity, during the last three years, about 3000 ha of fallow lands were restored to paddy cultivation. The major challenge is to make fallow land farming as s sustainable activity. TIES research team is working for developing sustainable solutions too. 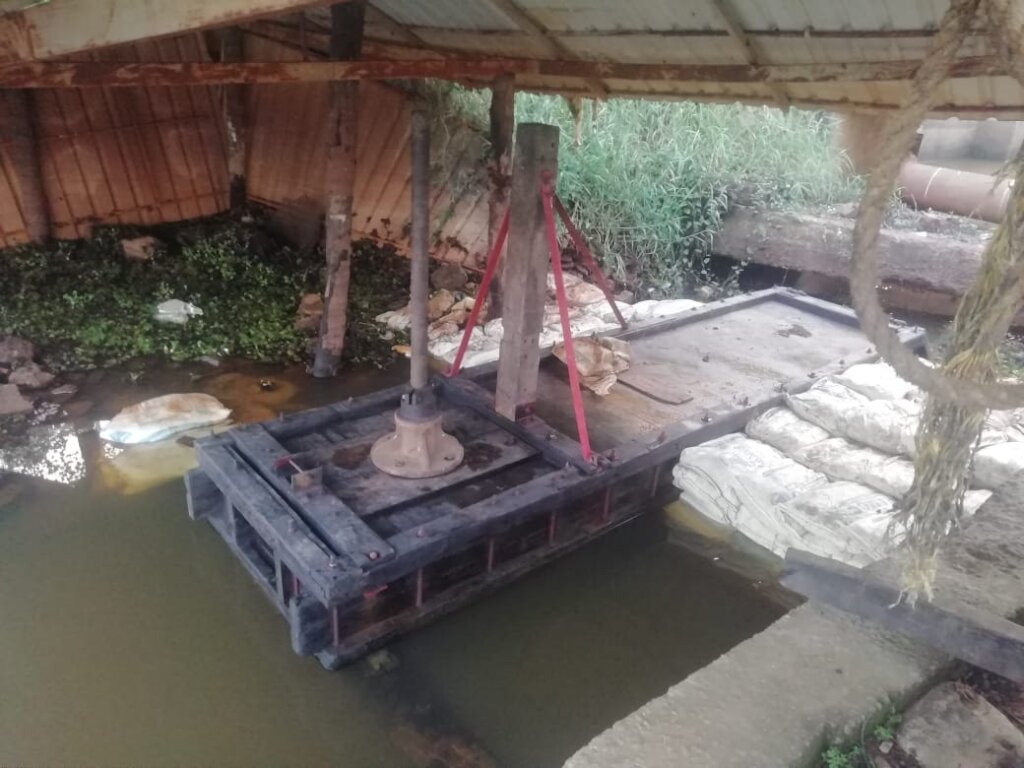 Rivers are the life of an ecosystem. It provides water for agriculture, and household uses, supports aquatic life and is a part of the water cycle. Kerala widely known as God’s Own Country is blessed with rivers, lakes, estuaries etc. that end up in the sea. Even though, many of these water sources are in a dying phase due to extreme pollution due to increased anthropogenic activities. Manimala River which flows through Pathanamthitta, Kottayam, and a small portion through Alappuzha and Idukki, is one such river in Kerala that is in the peak of pollution. The river originates from Thattamalai hills of the Western Ghats, one of the major biogeographic zone of India. Along with anthropogenic courses, natural calamities like landslips, landslides, floods, etc. are also depleting the river quality and destroyed the riverine ecosystem. The recent flood dumped a huge amount of waste, especially plastic waste and many of the bridges were blocked with these. Vegetative cover loss, immigration, and migration of species, water quality depletion, algal bloom, eutrophication changes in natural water flow, waste dumping, sewage, etc. are the major issues facing by the Manimala River.

The recent study conducted by TIES research team at Mallappally, Keezhvaipur, Manimala, and Karimbukayam regions of Manimala River shows that the river is in its extremity of pollution. A total of 12 samples were collected from these sites and underwent laboratory analysis. For the study samples were collected both from town as well as village areas. The majority of the samples were collected from the Mallapally region, a town area. All sites are polluted by domestic usage (like bathing, washing, etc.), waste dumping by nearby houses, wastewater from drainage, plastic waste, and at one site (Karimbukayam), a rubber-based factory is present, which is polluting a pond situated nearby. Laboratory analysis shows that the organic carbon and oil content levels in all four sites are above the permissible limits. Bacteriological analysis showed the presence of E. coli, Pseudomonas sp., Salmonella sp., and Vibrio sp., in the study sites along with high levels of coliform bacteria (MPN Count). BOD levels are also high, except at Manimala. This shows that the river is highly contaminated. The Panchayat officials were informed about this situation of the River and also we are planning to organize a massive awareness campaign for the river bank community, shopkeepers, etc. to combat these pollution hikes. Community participation along with Government officials can only make this restoration sustainable. 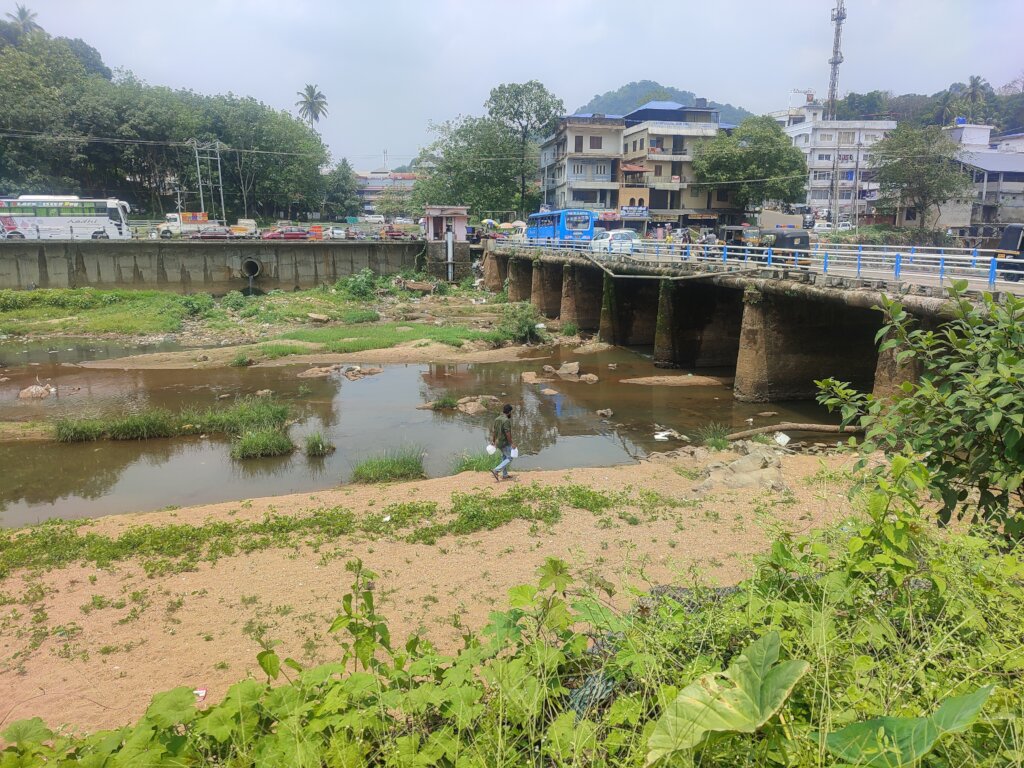 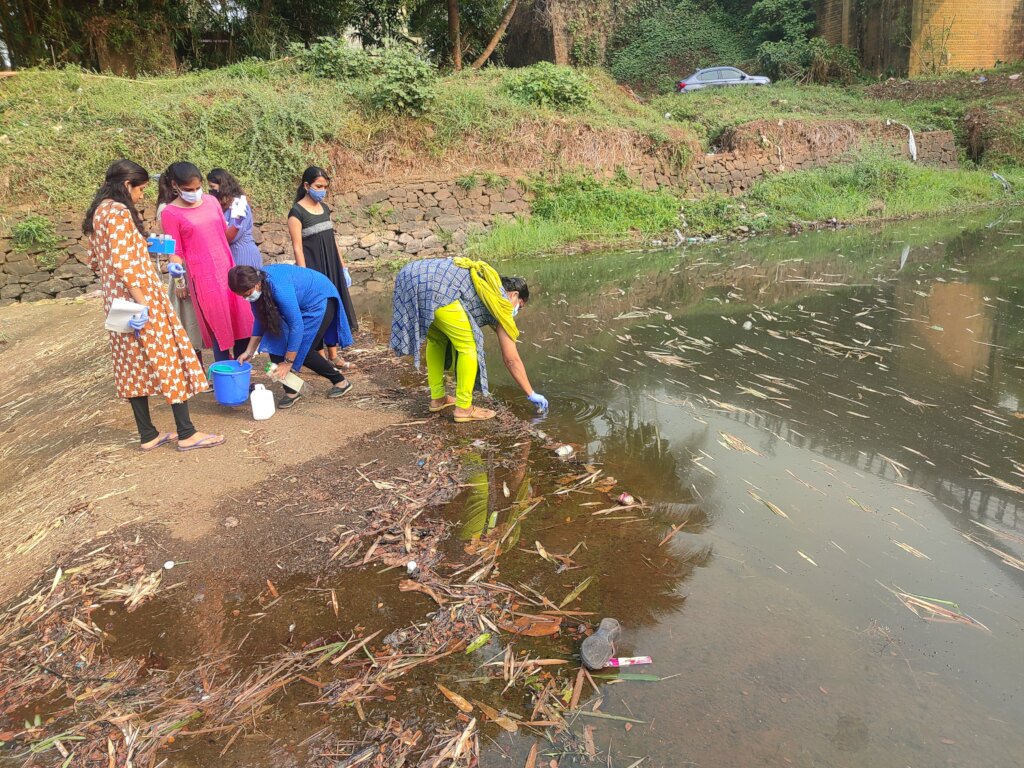 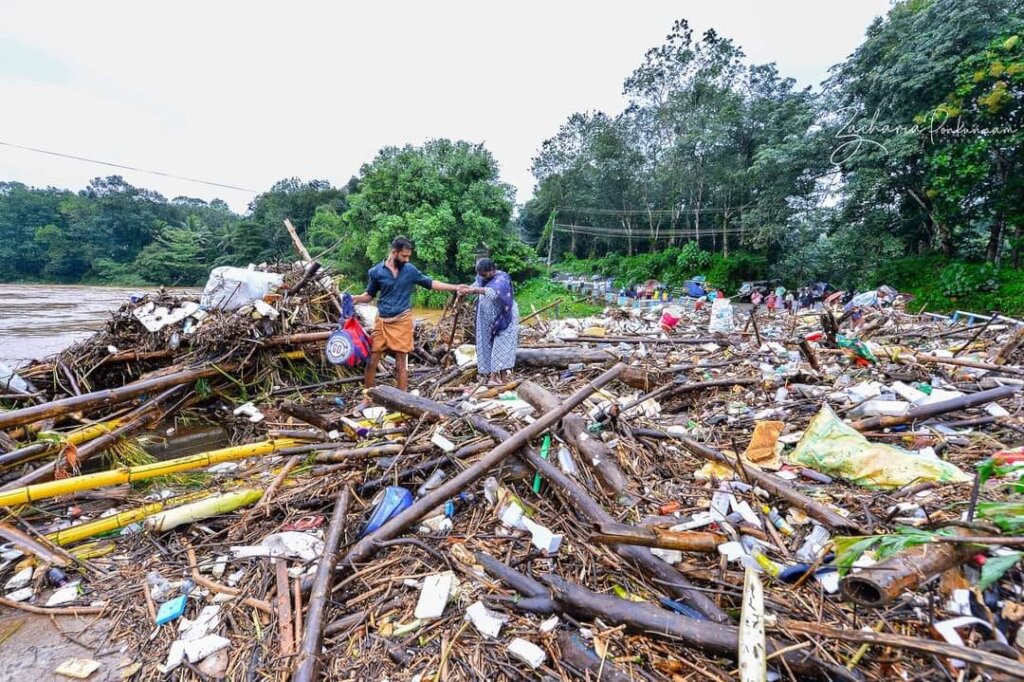 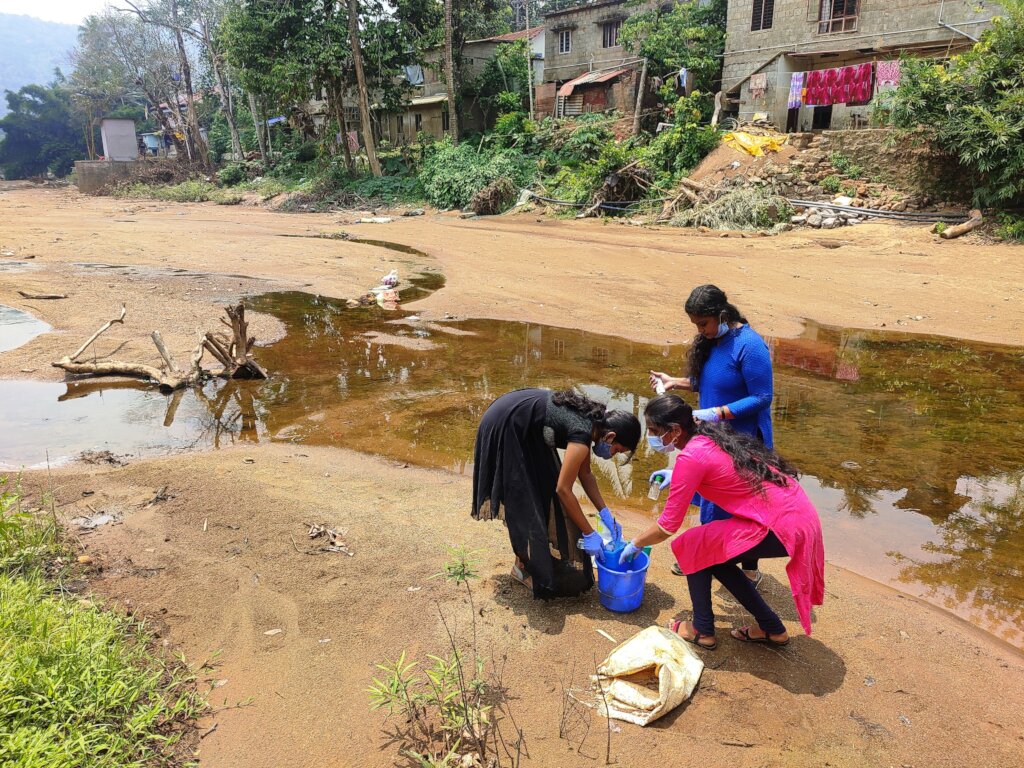 Cloudburst and associated flash floods at Pathanamthitta and Kottayam Districts in Kerala resulted in water level rise at Pamba, Manimala, Meenachil Rivers, etc. This has affected the river hydrology extensively and fractured the riverine ecosystems of the Manimala River. Incidentally, soon after the flood, within a period of 4-5 weeks, the river almost dried up and the water quality changed. This has negatively affected the aquatic ecosystem and riverine ecosystem. A team of TIES officials and research scholars inspected the upstream areas (50km) of the Manimala River to collect water samples in order to study the extent of pollution. The team also surveyed the river bank features and pollution aspects that are pertaining to the area. The study shows that plastic and sewage are the major pollutants and it comes from nearby residential areas, hotels, and markets. Most of the wastewater outlets of the river bank hotels and factories end up at the river. Pollution and riverine survey were also conducted among the riverbank community. People say that many of their wells are dried up at the beginning of the summer season itself and the condition of water in the river is extremely poor over the entire stretch of the river. Among the four sites from which water samples were collected, Mundakayam is the most polluted area. People also have an opinion that in some areas the water is stinky and extremely polluted.

An awareness campaign will be conducted among the riverbank community with the participation of local bodies, in order to curb the outbreak of serious water-borne diseases.

Mundakayam- The most polluted site 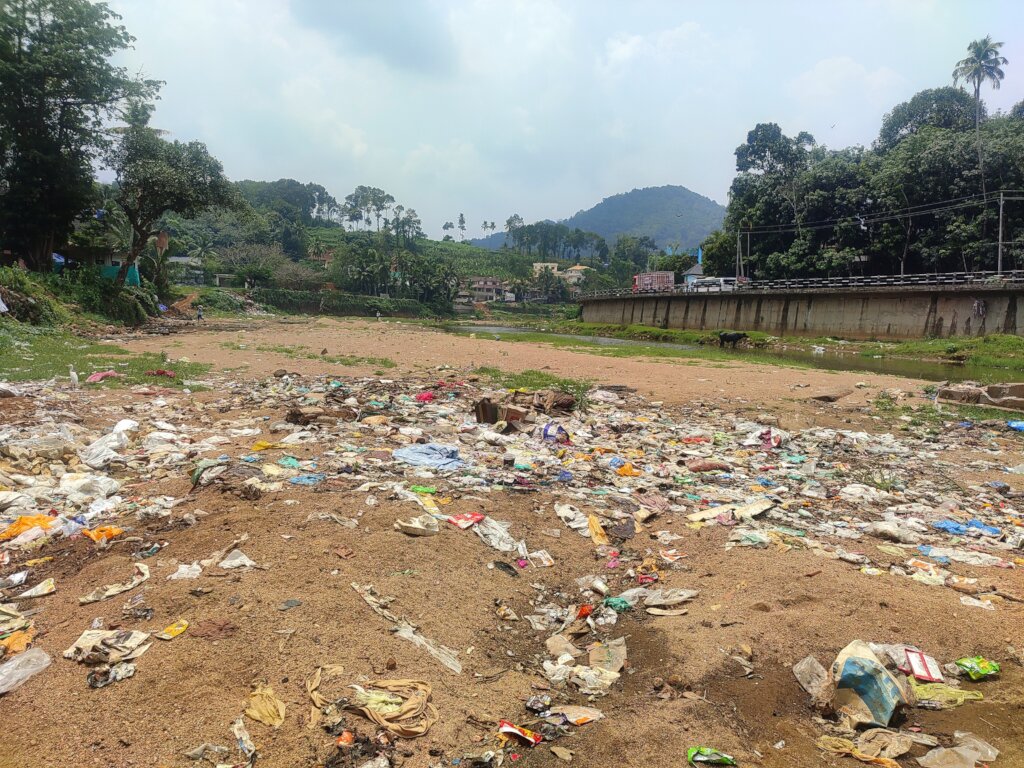 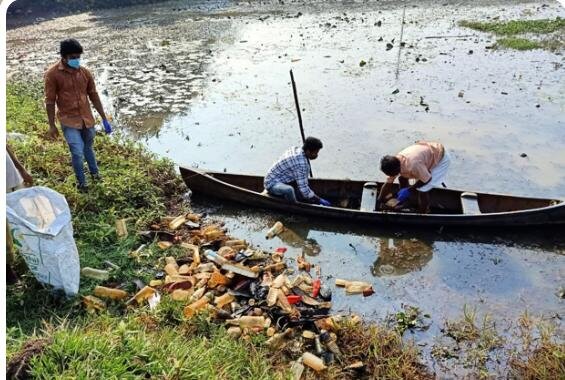 The recent extended spell of rain in Kerala has made havoc in many river beds. Cloud burst and heavy rain lashed out at high ranges of Manimala and Meenachil River led to serious losses to the residents of the locality.

Relentless showers have raised concerns over climate change in Kerala. It is assumed from the available studies that microclimatic changes have triggering and intensifying impacts on the monsoon. And the recent IPCC reports say that India will see even more precipitation and more frequent and intense heatwaves in the years to come because of global warming.

Cloudburst and associated flash floods at Pathanamthitta and Kottayam Districts in Kerala resulted in water level rise at Pamba, Manimala, Meenachil Rivers, etc. This has affected the river hydrology extensively and fractured many ecosystems, especially at Manimala River. After the heavy rain, the Manimala River has dried up excessively. This has negatively affected the aquatic ecosystem and riverine ecosystem. TIES halted conservation programs after the disasters.

Now it is planned to restart conservation activities, imbibing disaster management principles. Initiatives through local schools and colleges began, with awareness campaigns, cleaning drive, improving riparian vegetation, and restoring native fish diversity. A major intervention for providing livelihood support to the communities in the disaster-prone areas, also on the anvil.

Manimala River Pollution: Community on the verge of health risks 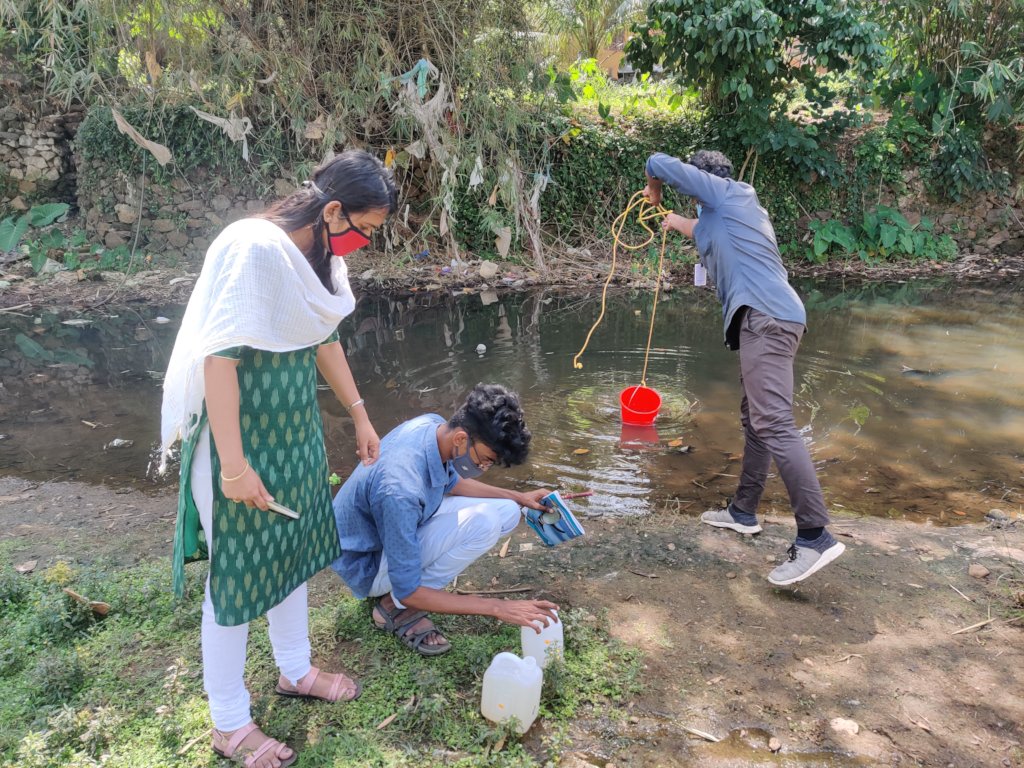 Manimala River - an important waterway of Central Travancore, which flows through the districts Kottayam, Idukki (in Kerala) and afterwards joins with Pampa, another major river of Kerala - is highly polluted due to the effluent discharge from nearby factories and other outlets. This has posed serious health risks to the river bank community.

The recent water quality studies of the Manimala River shows that the water quality in the river is above the permissible limits. A total of 10 samples were collected and that includes water samples as well as effluent samples. At these stations physical as well as biological parameters were tested. The pH of the samples showed a variation in many regions, as there are regions were pH level is below and above the permissible limit. Micropollutants, heavy metals, factory and toilet discharge, market wastes, etc. are the major source of pollutants in the river. These sources are directly releasing untreated sewage waste into the river. The samples collected showed very low level of TDS in the river, which inturn reduces the level of useful minerals to the people who is depending on the river as a source of drinking water. The water quality of is highly depleted which has made the water unusable by the community even to meet their basic water requirement. At every point there is the presence of faecal coliform bacteria's. During our study community responded that they are facing diarrhoea and other physical issues and the major reason behind this is due the infectious pathogens which they get exposed while drinking contaminated water. This may also lead to other diseases like helminth infections, cholera, etc.

Recognizing the importance of the public health threat of drinking contaminated water, TIES is striving through its awareness and research initiatives - to make people accessible to safe drinking water- to reach the Sustainable development goal. As a result of this water quality studies will be widening to more regions which will help in identifying sources of pollution. Manimala river is a source of recreational activities, water supply for irrigation, bathing, drinking, washing, etc. This will inturn increases the exposure to pathogens.

This polluted water is posing risk to the public health, food security and the economy. TIES is continuously undergoing studies that provide data which is critical in understanding the underlying causes and thereby improving the policies which include source control, waste treatment, ecosystem management and other forms of local governance. 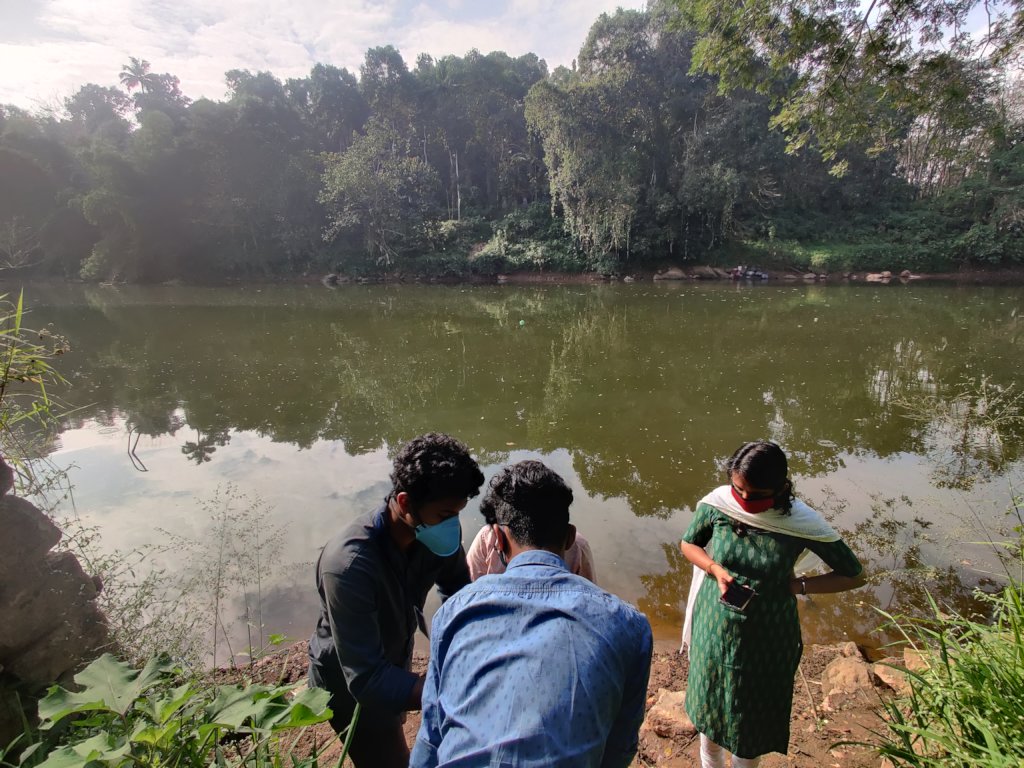 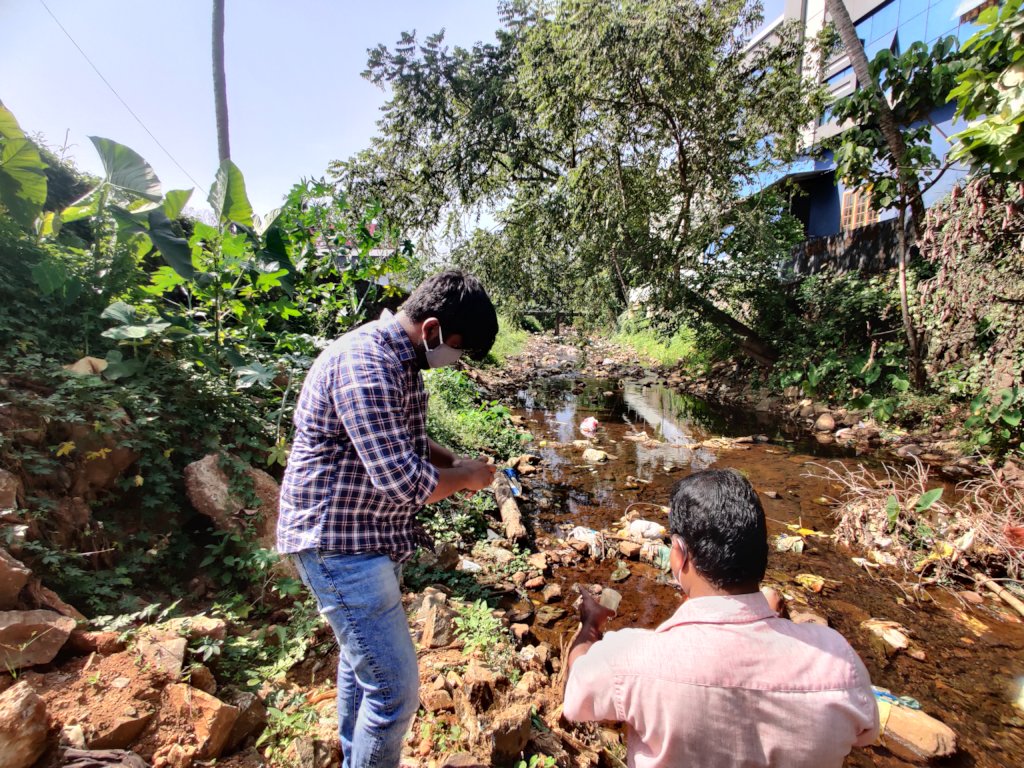 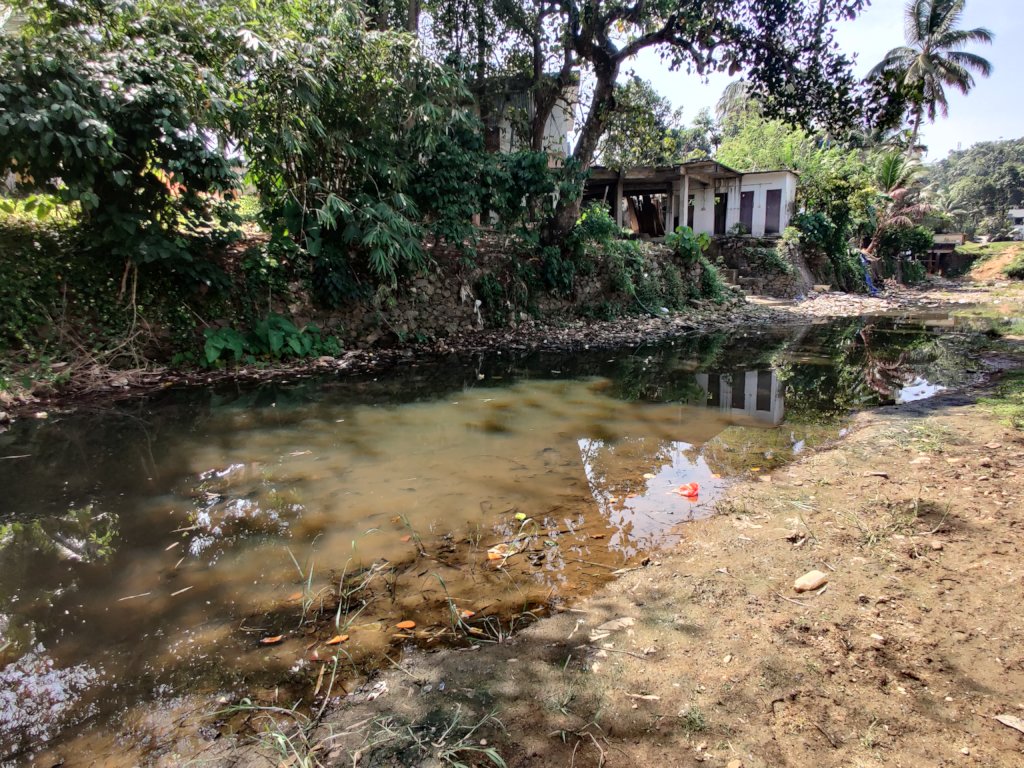 Toilet's at the river bank 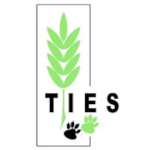 Project Leader:
Punnen Kurian
Kottayam, Kerala India
$4,170 raised of $7,500 goal
You last donated to this project on
118 donations
$3,330 to go
* Amounts in US Dollars
Donate Now
Donate once
Donate monthly
$10
USD
Will support the cost of 1 volunteer involved in cleaning the wetland area.
›
$25
USD
Will train 2 local school students to maintain a biodiversity register of their area at the local school
›
$50
USD
Will provide gloves and masks for 200 volunteers to safely remove waste from the wetland and river bank
›
$200
USD
Will hire heavy machinery to remove illegal encroachments
›
$250
USD
Will support cost Junior Naturalist course for 5 students from a local school to help them understand local biodiversity
›
$1,200
USD
Will secure 5 km of the river in a 2-day clean up drive with community participation
›