A textile collective for Eldorado-Diadema, Brazil 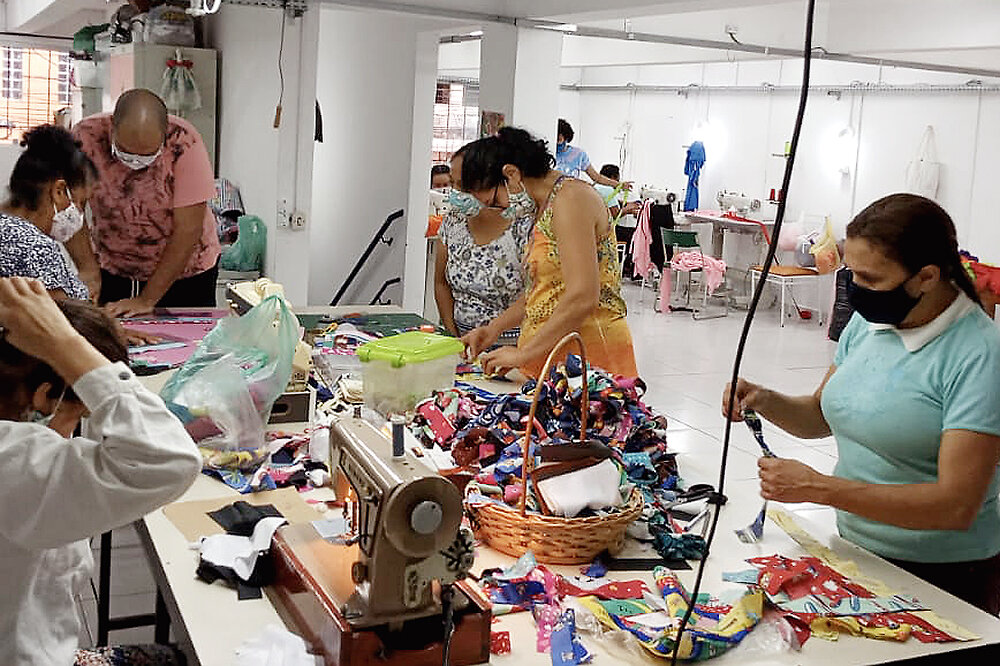 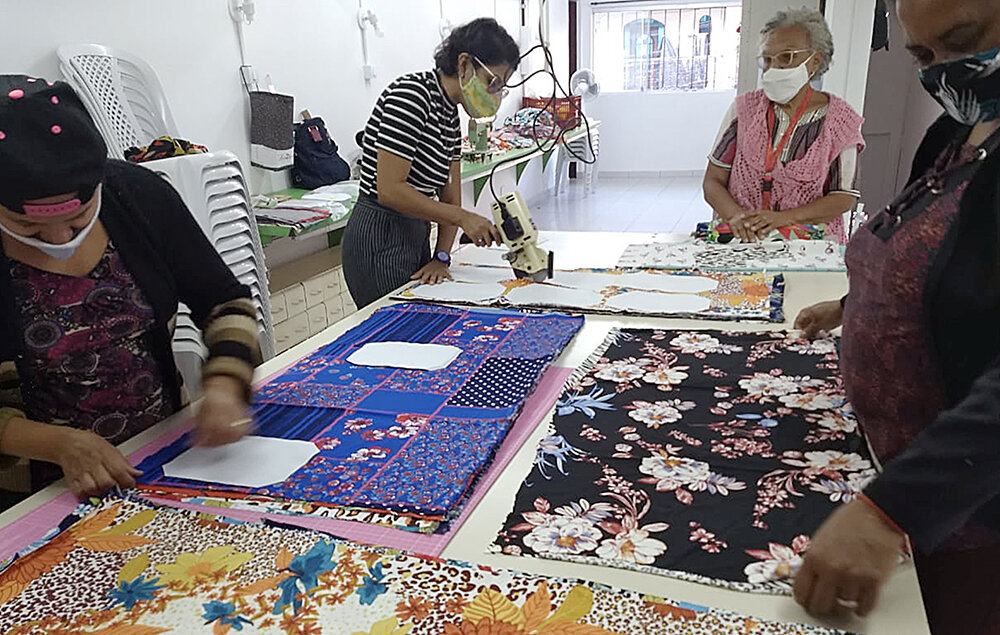 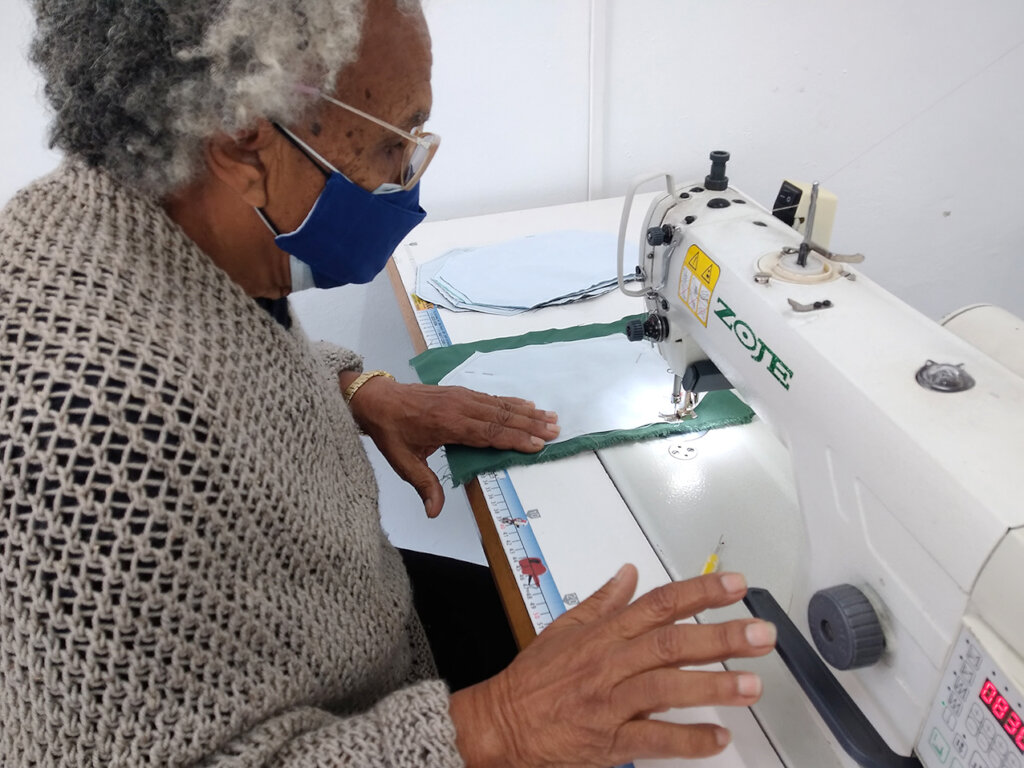 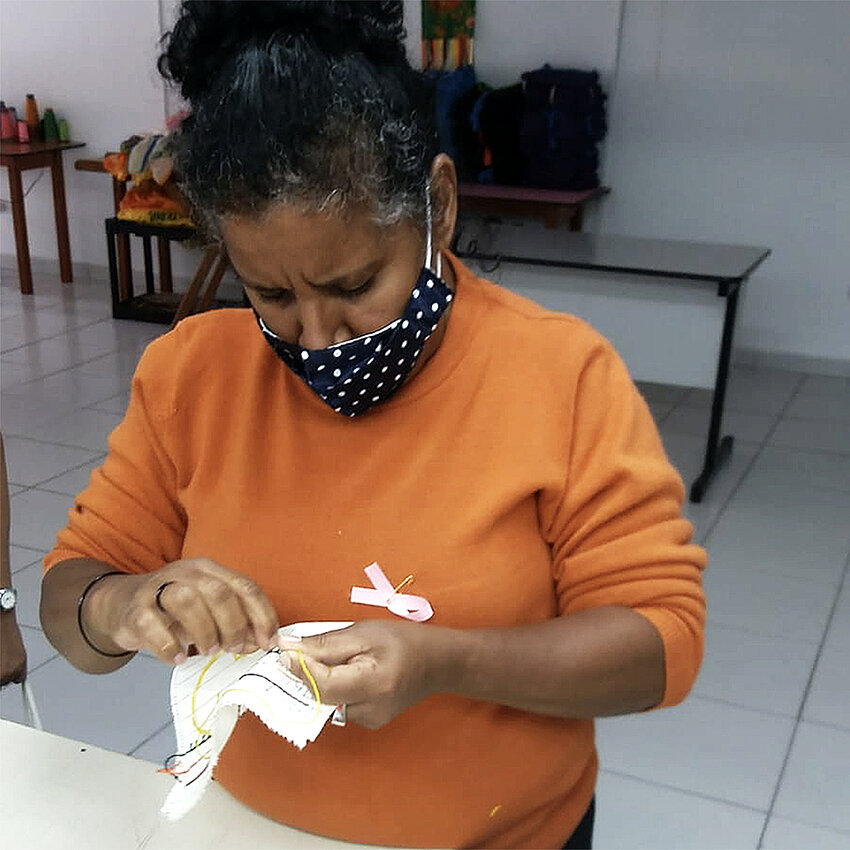 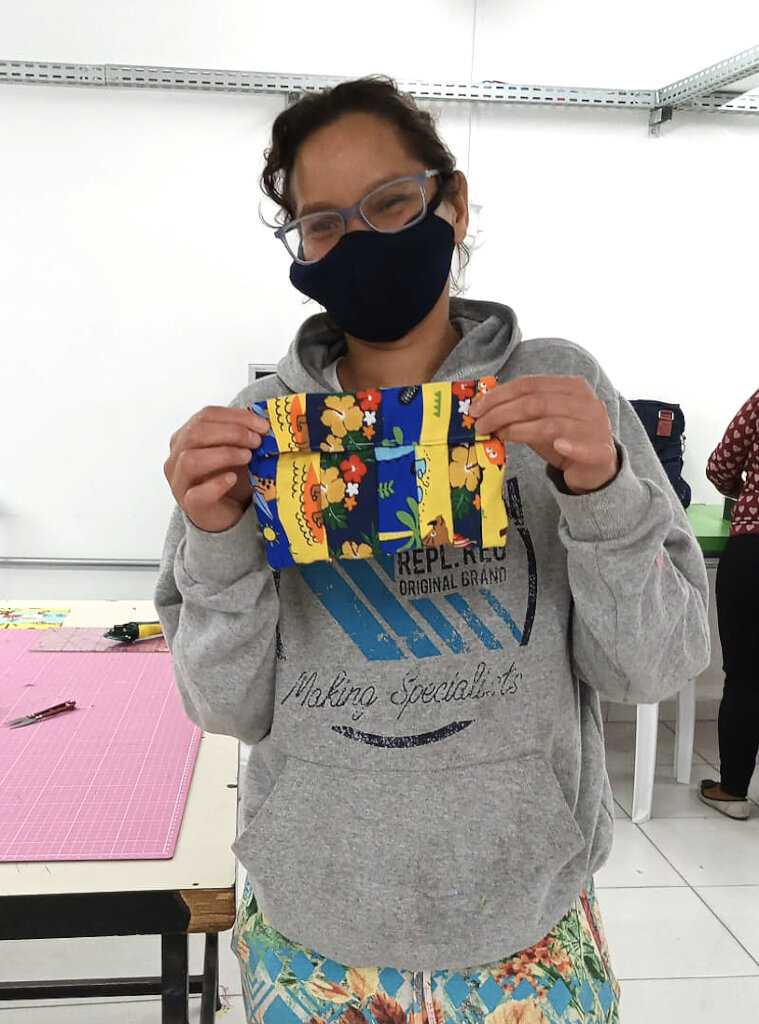 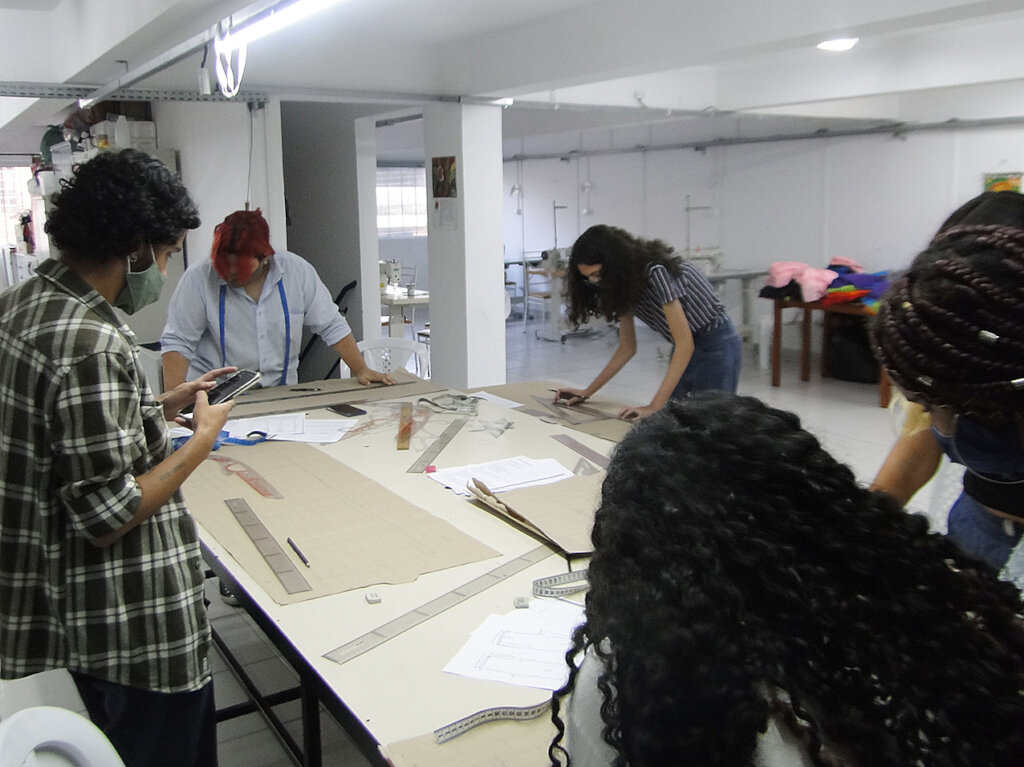 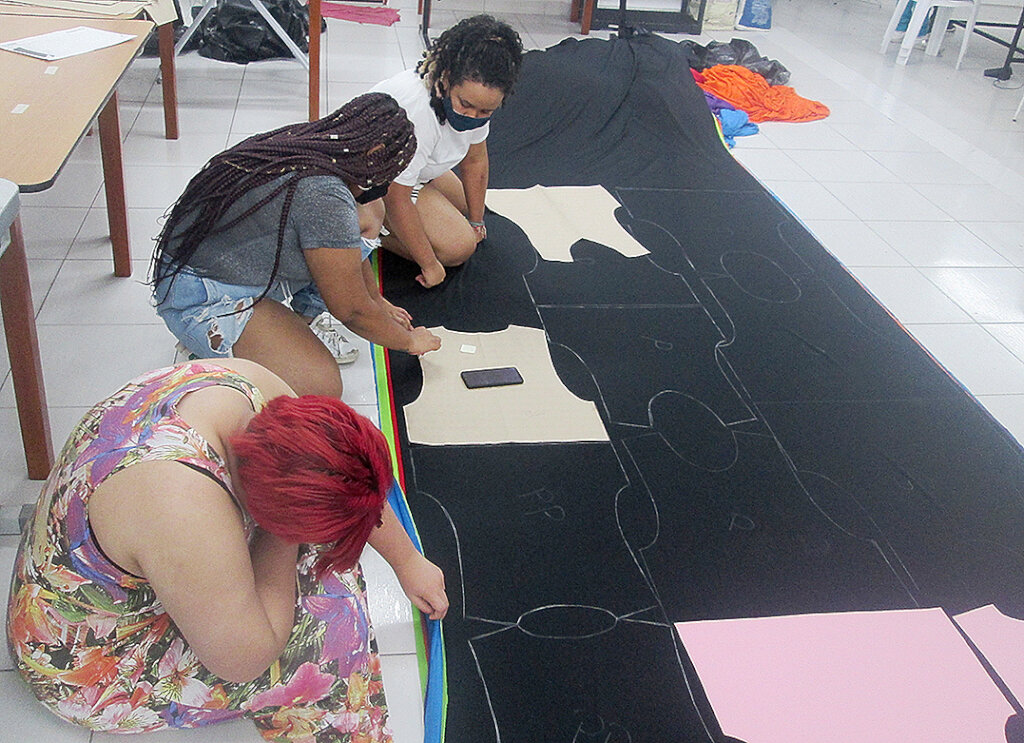 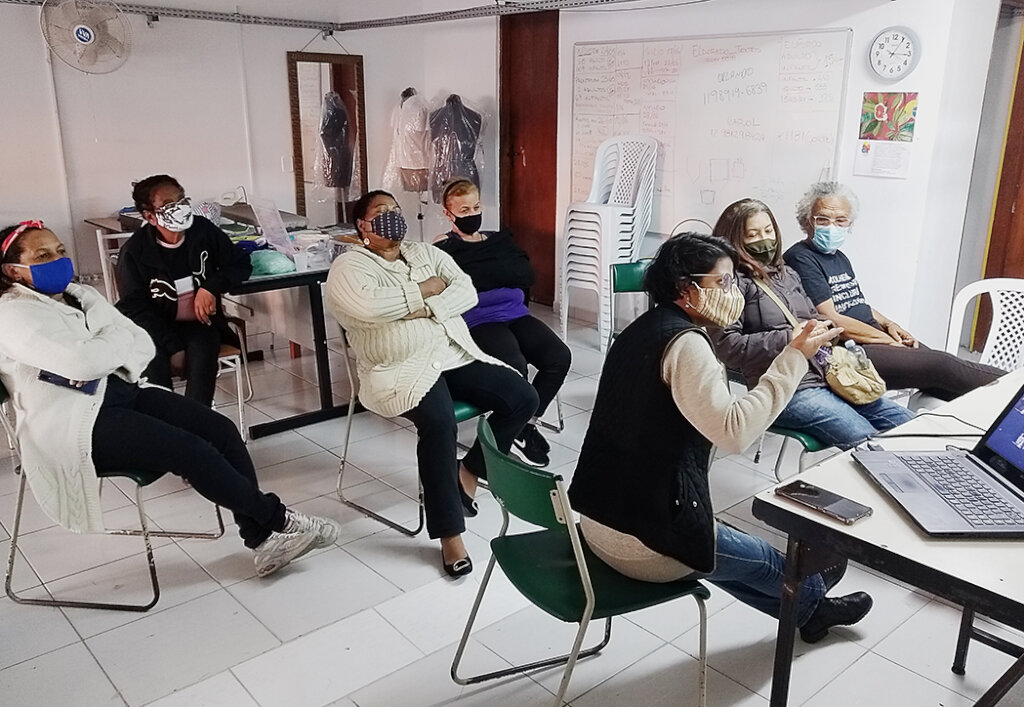 It's our fifth anniversary! 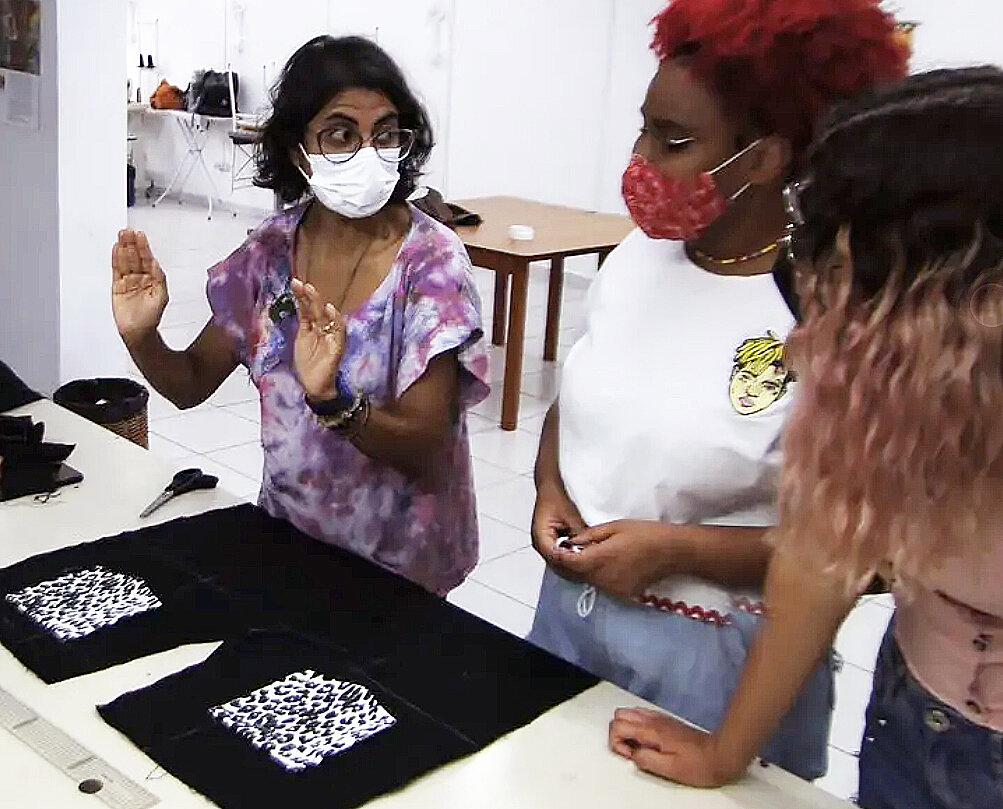 Carol demonstrates how to make trousers

The Eldorado Textile Project was created by Sara, an ACER volunteer from Portugal, together with ACER staff and local women, in March 2017, and we can scarcely believe that it’s now celebrating its 5th anniversary! The first group consisted of 20 women and children, meeting in a small room to learn how to embroider and use the three domestic sewing machines at their disposal. The following year the project moved to a larger room, where the women’s sewing skills improved and their product range grew. When ACER was forced to close due to Covid restrictions, the women carried on working at home and learning new skills via their WhatsApp group, supported by our teacher, Carol. When the restrictions finally lifted, a number of newcomers joined the project, and Fátima, Valdete and Adriana, who have been part of the project since its inception, have successfully taken on new roles as teachers.

In 2020, thanks to a generous donation from the US, ACER was able to convert two large rooms into a dedicated textile workspace with appropriate lighting and ventilation and new, industrial standard machines. The women’s group took on a major commission, funded through the generosity of an ex-volunteer, to make masks for the children and young people at ACER. In October 2020, we formed ’Eldorado Moda (Eldorado Fashion)’, a group of young people studying textiles and fashion with a view to finding employment and careers in this branch. They quickly learned how to use the new machines and formed a production team to carry out another commission for 200 sports bibs for ACER’s sports groups.

We could not have made these achievements without the assistance of our many generous supporters.Thank you so much for helping us to transform a disadvantaged area and give a better future to the women and young people who live there. 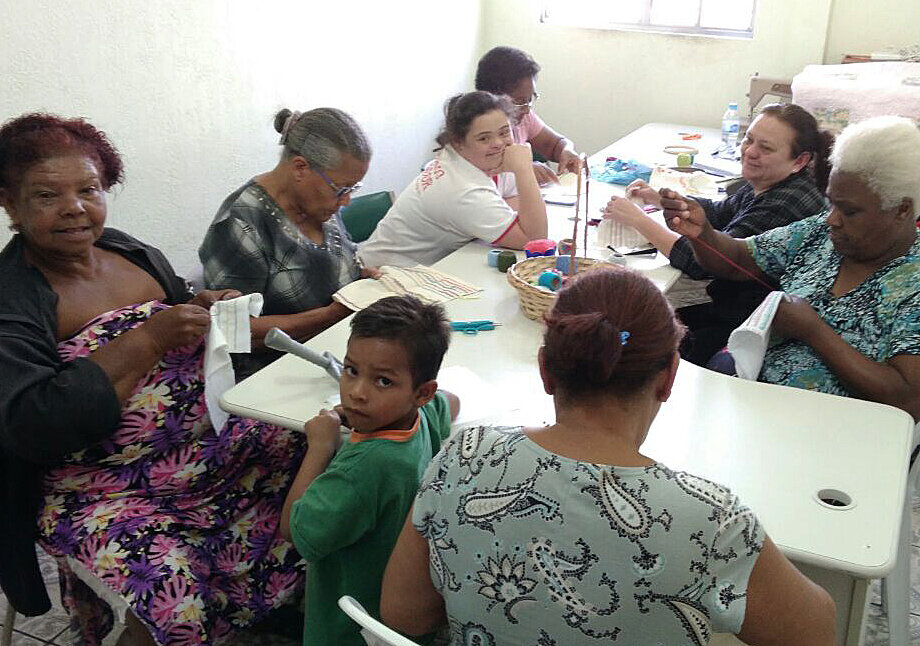 The Eldorado Textile Project in 2017 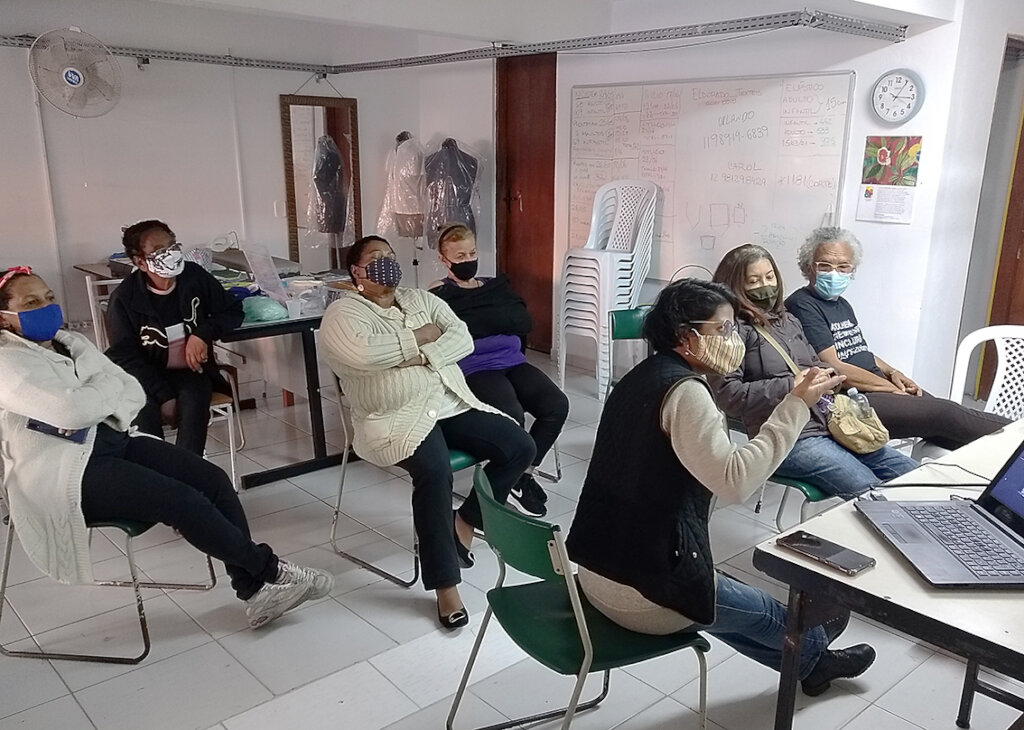 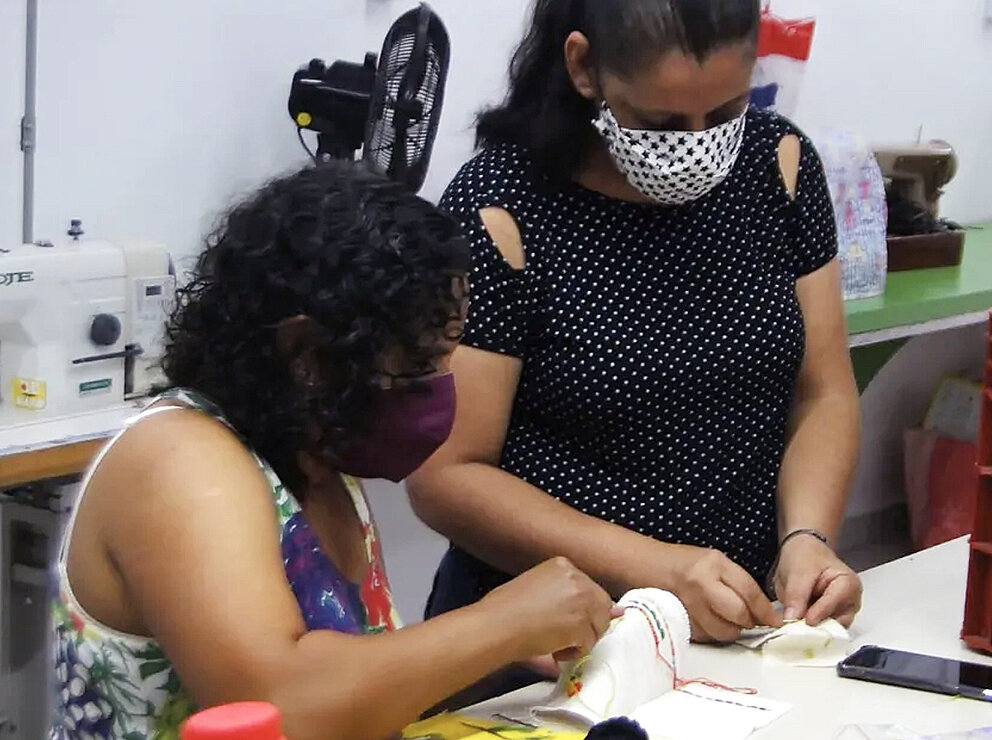 Fatima takes on the role of teacher 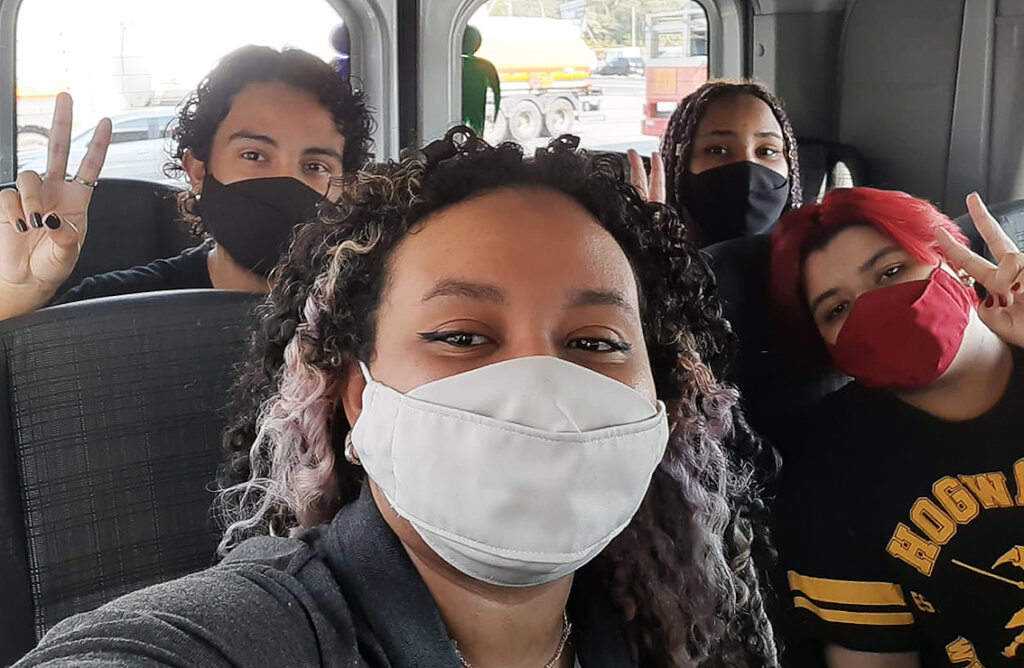 On the way to buy fabric for a commission 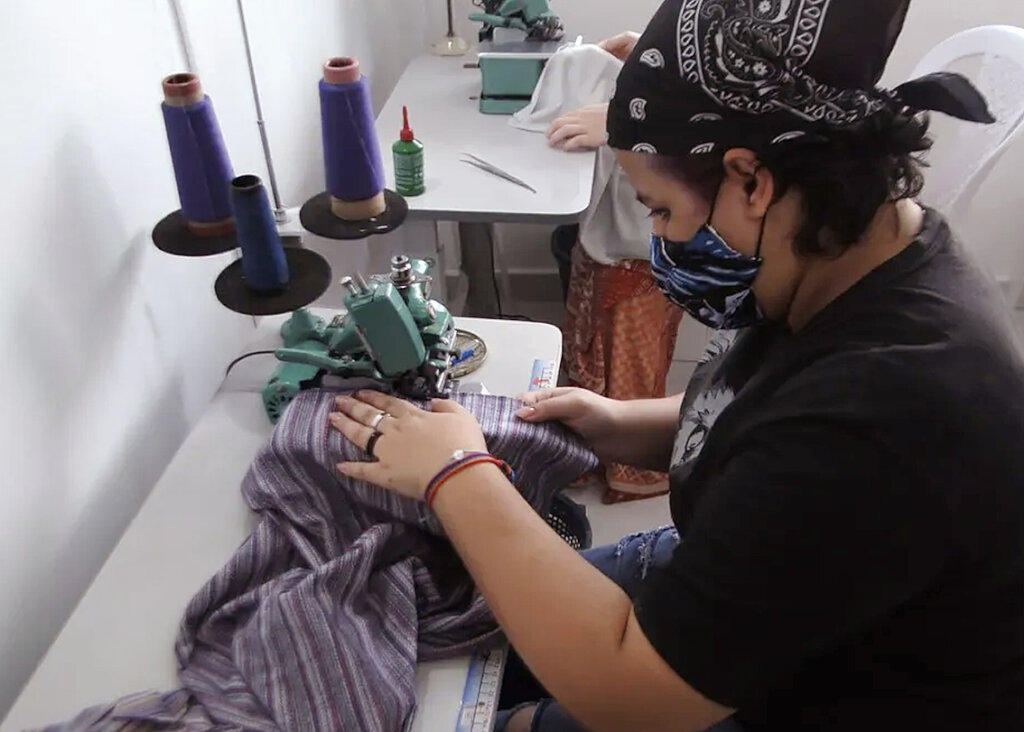 Students learn how to use the new machines

Donating through GlobalGiving is safe, secure, and easy with many payment options to choose from. View other ways to donate
ASSOCIACAO DE APOIO A CRIANCA EM RISCO - ACER BRASIL has earned this recognition on GlobalGiving:

GlobalGiving
Guarantee
Donate https://www.globalgiving.org/dy/cart/view/gg.html?cmd=addItem&projid=54636&rf=microdata&frequency=ONCE&amount=25
Please Note
WARNING: Javascript is currently disabled or is not available in your browser. GlobalGiving makes extensive use of Javascript and will not function properly with Javascript disabled. Please enable Javascript and refresh this page.