Support Education of an Orphan Child 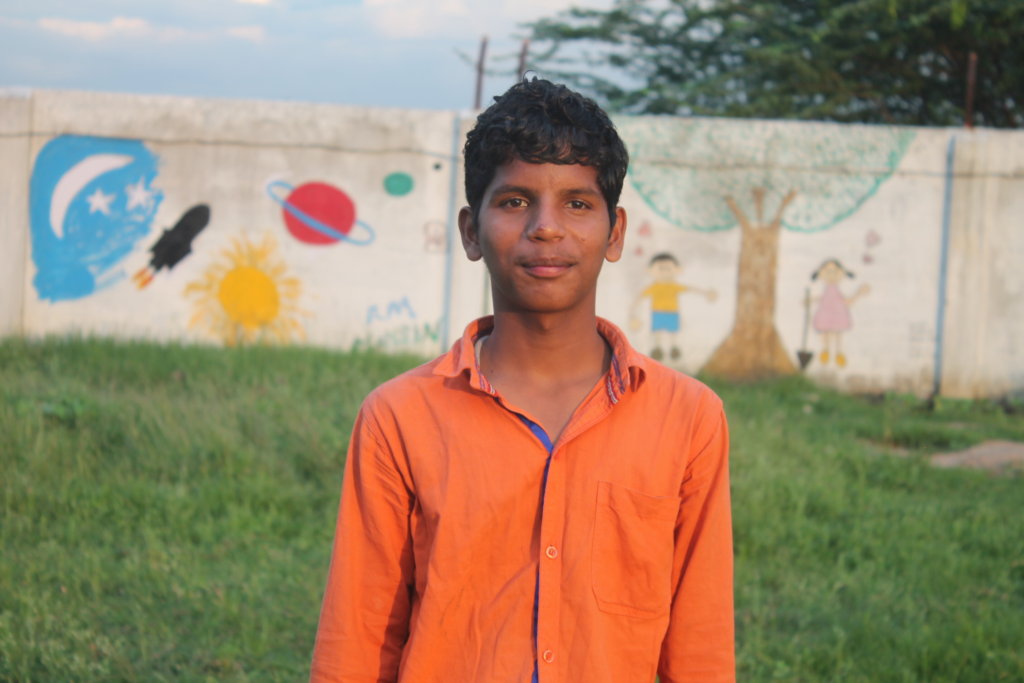 Thank you very much for extending support to our child Shanku. Shanku is incidentally the first child to walk into Sphoorti premises in 2006 along with his elder sister Madhuri. Madhuri is in STD XI now while Shanku is preparing for his STD X Board examinations.

We raised around $900 towards Shanku's living and education-related expenses through this campaign.. Out of this, $ 200 were spent on his food, $70 on his clothing, $80 on her personal expenses like face powder, soaps etc and $100 on his studies - books and school bag et al. 150 was spent on his health and transportation. The remaining $450 has been set aside for his STD XI studies next academic year. We hope you will continue to support his studies in the years to come

Shanku's mother Yashoda was married to Ravi, an Auto driver. Ravi was a drunkard and was subjecting his wife to untold suffering and violence. Unable to bear his torture, Yashoda powdered her glass bangles and swalled the powder. Though she survived the suicide attempt, her food pipe was completely damaged and for two years, she was not able to eat the normal way. Meanwhile, her health deteriorated and after two years, she passed away because of multiple complications. Shanku and Madhuri were left with their grandparents while their father left them without a trace. He subsequently married another lady and has two children. Shanku last saw his father in 2009. But he has no bitterness towards his father or anyone else.

In 2006, when Shanku's grandmother came to know that Sphoorti was being set up, she sent her grandchildren to our premises. Sphoorti came into being when Shanku and Madhuri stepped into our modest premises.

From a timid and diffident child of 4 years, Shanku has now grown into an adolescent of 15 years. He has been studying well all through his stay in Sphoorti. Besides studies, he also earned name for his truthfulness and upright character.

Shanku passed STD IX examinations with a GPA of 8.5. He is currently preparing for his STD X Board examinations. We expect him to cross 9 GPA on a scale of 10.

Shanku's journey is Sphoorti's journey. We hope that he will study very well in higher grades and bring us accolades.

Sponsor a Vehicle for Sphoorti Feeding Program
Find a Project

GlobalGiving
Guarantee
Donate https://www.globalgiving.org/dy/cart/view/gg.html?cmd=addItem&projid=30212&rf=microdata&frequency=ONCE&amount=25
Please Note
WARNING: Javascript is currently disabled or is not available in your browser. GlobalGiving makes extensive use of Javascript and will not function properly with Javascript disabled. Please enable Javascript and refresh this page.