Shelter from the storm for Felisa 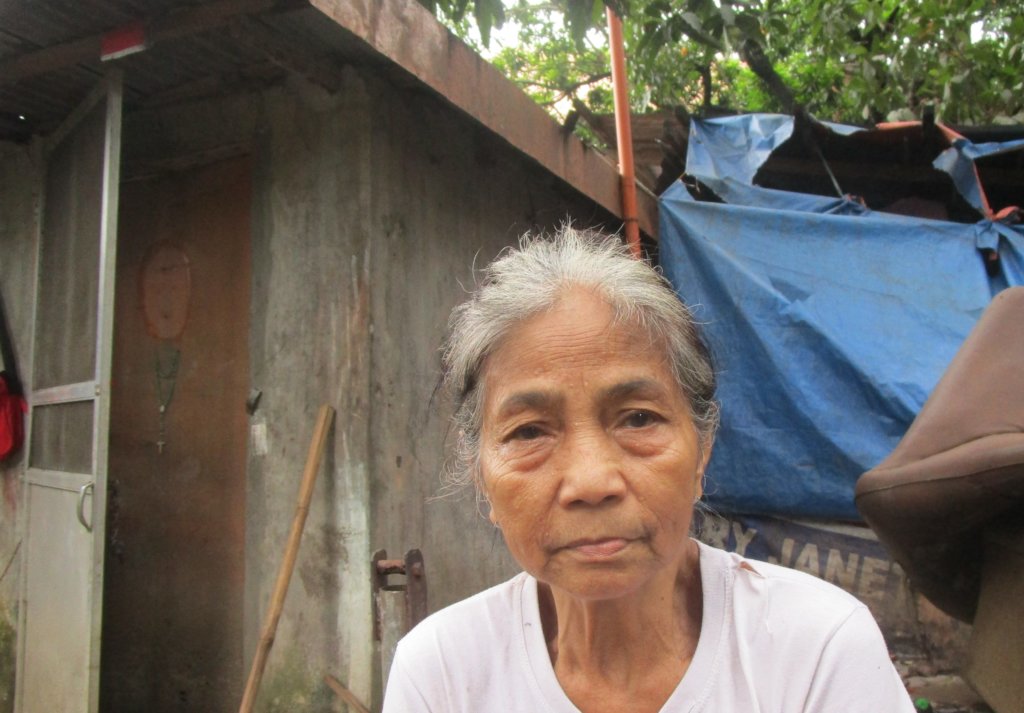 Felisa is sixty-eight. She's a widow and lives with her daughter, son-in-law and three grandchildren in a poorly constructed house dangerously close to a river. Floods can strike quickly, and during heavy rains Felisa and her family must seek safety in an evacuation centre. However, Felisa's nearest evacuation center isn't properly equipped. Your donations will change that by providing seven families like Felisa's with equipped evacuation cubicles.

The Philippines is hit by around 20 typhoons every year, making it one of the world's most disaster-prone countries. The typhoons bring floods and both are dangerous for families like Felisa's who live on riverbanks in the community of Banaba. During storms Felisa must evacuate to stay safe. However, Felisa's evacuation center isn't properly equipped. So, Felisa's family doesn't have anywhere safe to sleep when disaster strikes.

Donations to this project will allow seven family cubicles to be installed in Felisa's evacuation center, and will equip each with sleeping mats, pillows and sheets. The center will eventually house over forty families, and we need to raise more funding to provide cubicles for everyone, but the project can be tackled in stages. So, your donations will make a quick impact, even as we continue to fundraise.

The equipped evacuation center will provide shelter during storms for seven families like Felisa's for years to come. Outside of typhoons the center is also used to run impactful community development projects. The installed cubicles will be collapsible so that these development projects can continue to make a long term impact once short term crises have passed.

GlobalGiving
Guarantee
Donate https://www.globalgiving.org/dy/cart/view/gg.html?cmd=addItem&projid=35915&rf=microdata&frequency=ONCE&amount=25
Please Note
WARNING: Javascript is currently disabled or is not available in your browser. GlobalGiving makes extensive use of Javascript and will not function properly with Javascript disabled. Please enable Javascript and refresh this page.