How can we transform philanthropy into a system that works for everyone? Investing in grassroots, community-led organizations is imperative.

Why is GlobalGiving so passionate about supporting community-led nonprofits? Honestly, we could write a book on this subject. But it’s really quite simple:

The world’s problems aren’t being solved fast enough because the people with the best solutions are being shut out.

Here are 10 reasons why supporting community-led nonprofits is the key to a more accountable, effective, and decolonized philanthropic sector—and a brighter future for everyone. Now that you’ve seen 10 reasons why community-led change is the way of the future, get a deeper dive into each reason below:

Effective local organizations are rooted in local methods of tackling problems. In our research with Global Fund for Community Foundations, we found that community-led organizations are based on local knowledge, relationships, and assets. “They have insider access to systems that affect them. They are oriented toward community timelines instead of externally imposed schedules, allowing people to learn as they go and do work that meets their standard for quality instead of arbitrary performance indicators,” the report explains. In other words, community-led organizations thrive off of proximity to their community that extends beyond mere physical nearness. According to Shubha Chacko, the Executive Director of Solidarity Foundation and one of GlobalGiving’s close research partners:

“Proximity implies emotional closeness, shared sentiments and beliefs, and commonality in terms of background and experiences. These community-based organizations (CBOs) are often an oasis of hope and courage.”
— Shubha Chacko

This proximity is built on relationships, which we found to be the foundation of community-led organizations in our research. “Unlike other types of organizations created and structured to achieve a mission agnostic of local relationships and dynamics, community-led organizations often arise organically as a result of people’s lived experience and shared desire for change,” the report states. Urmila Shrestha and Upasana Shrestha, of the nonprofit Tewa in Nepal, said they “are born out of necessity and passion which focuses on fulfilling the actual need of the community.”

An astounding 274 million people will need humanitarian aid in 2022. But only 183 million people are being targeted by current relief efforts. Globally, up to 811 million people are undernourished, and famine-like conditions remain a threat in 43 countries. The gender-poverty gap is widening, and 247 million women live on less than $1.90 a day. The climate crisis is already impacting millions of people’s ability to access stable sources of food, housing, and water.

Then why does so much money aimed at ending hunger, for example, go toward food packages filled with processed foods from the West? Instead, that money could go toward organic seeds and farming materials for communities to grow their own food, improve their land ecology, and generate revenue from the crops.

“Seventy-five percent of families in this village receive rations for food each month but are unable to pull themselves out of poverty,” an anonymous community member in Sri Lanka said during an interview with The Listening Project, a massive research initiative that encompasses the voices of more than 6,000 people who have received international aid, observed the effects of aid efforts, or been involved in providing aid.

Of course, food packages will always be part of humanitarian responses in disaster or crisis situations. But when it comes to long-term change, better ways to help exist. The people affected by these crises often have innovative ideas and the social capital they need to succeed but just need more funding.

A survey respondent of our community-led research in Kenya stated that successful community-led organizations possess “the ability to build relationships based on care and trust for each other and shared development goals. (The) best (organization) positions itself as a local trusted facilitator first and not as a vehicle for the delivery of projects. The organization grows together with the community.”

This sentiment goes hand in hand with what we already know about collective efficacy, or the shared belief that individual members of a community can positively impact the experiences of their entire community. Collective efficacy has been proven to predict a residents’ overall wellbeing. If you’ve ever felt happy after making someone’s life better through an act of kindness, you’ve experienced this, too! Collective efficacy is associated with better self-rated health, lower rates of neighborhood violence, and better access to health-enhancing resources like medical care, healthy food options, and places to exercise. What does this have to do with community-led change? Community-based projects operate by getting individual residents on board with the process, not just the tail-end of receiving.

Every year, $20-30 billion is devoted to international humanitarian assistance. Yet only 2% of that humanitarian aid reaches local changemakers. The other 98% is channeled to a few large nonprofits with tight restrictions on how funds can be used.

One mark of community-based organizations is the ability to identify, mobilize, and celebrate local resources. That can include personal connections, local materials, knowledge, and more to bring neighborhoods together and solve common problems. Take the nonprofit OBAT Helpers, for example. Despite being a US-based nonprofit founded to support Rohingya people living in refugee camps in Bangladesh, this nonprofit works through its impressive network of Community Health Workers made up of Rohingya volunteers! Other residents in the camp trust them, so these health workers can visit people regularly and raise awareness of the health clinic’s services like vaccinations, testing, and maternal healthcare.

Philanthropy is a system built on wealth preservation and the exploitation of workers and people of color. Philanthropic reformists like Edgar Villanueva offer a new path forward for the sector. “We must adopt a culture of reciprocity—where mutual sharing and community are at the core of financing social change,” Edgar wrote in his book, “Decolonizing Wealth: Indigenous Wisdom to Heal Divides and Restore Balance.”

Another major critique of philanthropy and international development is that people who are not from or living in a place are out of touch with the actual needs, wants, and strengths of the community. “It’s as if we are presented with somebody else’s framework and need to adapt it,” said an anonymous staff member at a local peace and development initiative during The Listening Project. “There are local ways to do this work, and people are capable to take it into their hands.”

Now that we’ve touched on the status quo in philanthropy—and why it needs a reboot—we can get into an even more compelling argument for funding community-led nonprofits. In short, they are awesome!

7. Community-led organizations are tapped into their community’s wisdom and unique strengths.

This point is especially pertinent when it comes to funding Indigenous-led work. For example, many of the best solutions to the climate crisis aren’t new at all—they use methods that Indigenous peoples created long ago. These vital practices of ecological stewardship have long been suppressed by colonial practices—including the strict regulations of traditional philanthropy. We’re working to reverse that trend.

“Many of GlobalGiving’s nonprofit partners are using this knowledge to reduce the vulnerabilities to natural disasters in their communities. We have much to learn from Indigenous-led organizations,” former GlobalGiving Disaster Response Fellow Andrea Osorio wrote.

Community-based organizations can act swiftly to mobilize resources after disasters big and small. During the 7.2 magnitude earthquake that hit Haiti in August 2021, the community organization ESPWA Haiti was already delivering water and food packages to community members before the large INGOs showed up three days later. As Marie-Rose Romain Murphy, the CEO and Founder of ESPWA, Inc., said:

“We responded because it is our country, our communities, and because we can never stop caring.”
— Marie-Rose Romain Murphy

Another example comes from the nonprofit Tewa, which was founded by a woman who had the guts to imagine a system of philanthropy that was far different than the one she was subjected to in her own experiences and previous roles. “I felt development had to be done differently, with more heart, respect, and compassion,” founder Rita Thapa wrote in her essay, “Feminist Action in Aidland: Experiences in Nepal.”

The value of Tewa’s locally rooted approach crystallized in the aftermath of a deadly earthquake that struck Nepal in 2015. The quake killed nearly 9,000 people, destroyed more than 500,000 homes, and left some 2.8 million people in need of humanitarian assistance. Major aid organizations scrambled to reach the hardest-hit communities. But Tewa reached 120 communities in 15 affected districts within 70 days, often delivering the first wave of relief in struggling remote villages, wrote Marlena Hartz, the Director of Marketing and Communications at GlobalGiving, in a Forbes article.

Agility means organizations constantly listen and make changes to their projects based on community feedback. For example, as part of GlobalGiving partner Wuqu’ Kawoq’s Family-Centered Nutrition Program, they began exploring family gardens as part of their work to reduce rising diabetes rates in poor, rural communities where it can be difficult or even impossible to access treatment. “Community members liked the idea but noted a critical obstacle: piped water is a scarce resource they couldn’t afford to use on gardens,” wrote Waleska López Canu and Anne Kraemer, who work for Wuqu’ Kawoq.

“Our team went to work with community members and came up with a solution: filtering the water from kitchen sinks used for washing. It is more expensive to use the “grey water” filters but worth the extra cost because it results in a solution that works for families long-term.

“These exchanges take more time than simply pointing out problems and prescribing solutions, but they are more likely to create lasting change because they are designed by and for the individuals and communities and are viable in the context of their realities.”
— Waleska López Canu and Anne Kraemer

10. Investing directly in community-based groups shifts the power in the nonprofit sector.

For too long, local leaders in the Global South have been overworked, underpaid, and undervalued by their counterparts in the Global North. It’s time to shift power—in the form of unrestricted, flexible grants—to the community changemakers around the globe.

“Only when communities are in the driver’s seat of change will we be able to solve the world’s most entrenched problems—racism, poverty, inequality—and unleash brighter futures for everyone.”
— Donna Callejon, Interim GlobalGiving CEO

What exactly does GlobalGiving do differently? We actively work to shift power toward our nonprofit partners. We listen before we act. We practice no-strings-attached giving. We trust our grantees to put our grants to work as they see fit based on their community’s specific needs and wants. We don’t require quantitative metrics for reports. But above all, we’re working each day to become more community led ourselves, transforming philanthropy from the inside out. We hope you’ll join us! 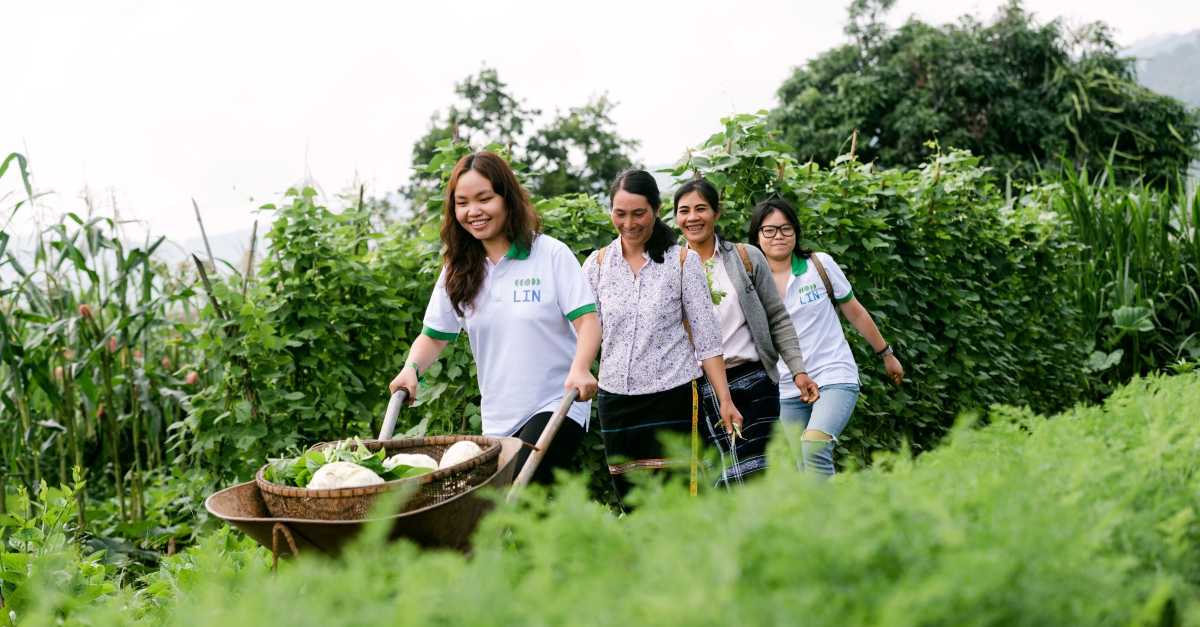 Can My DAF Do That? Answers To 6 Common DAF Questions 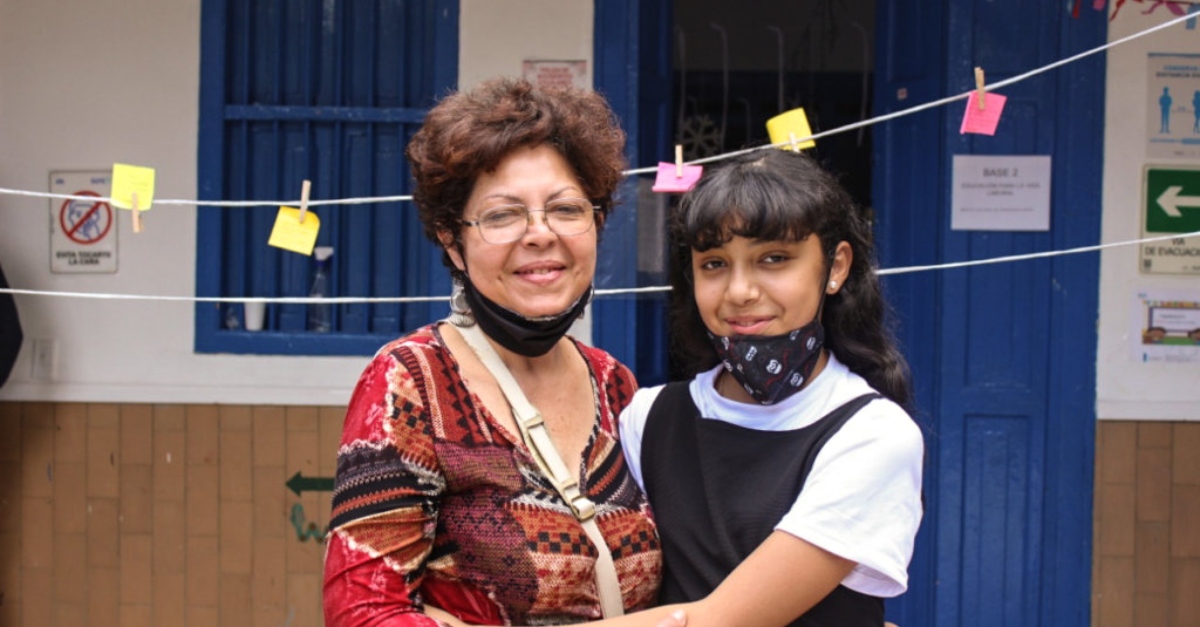 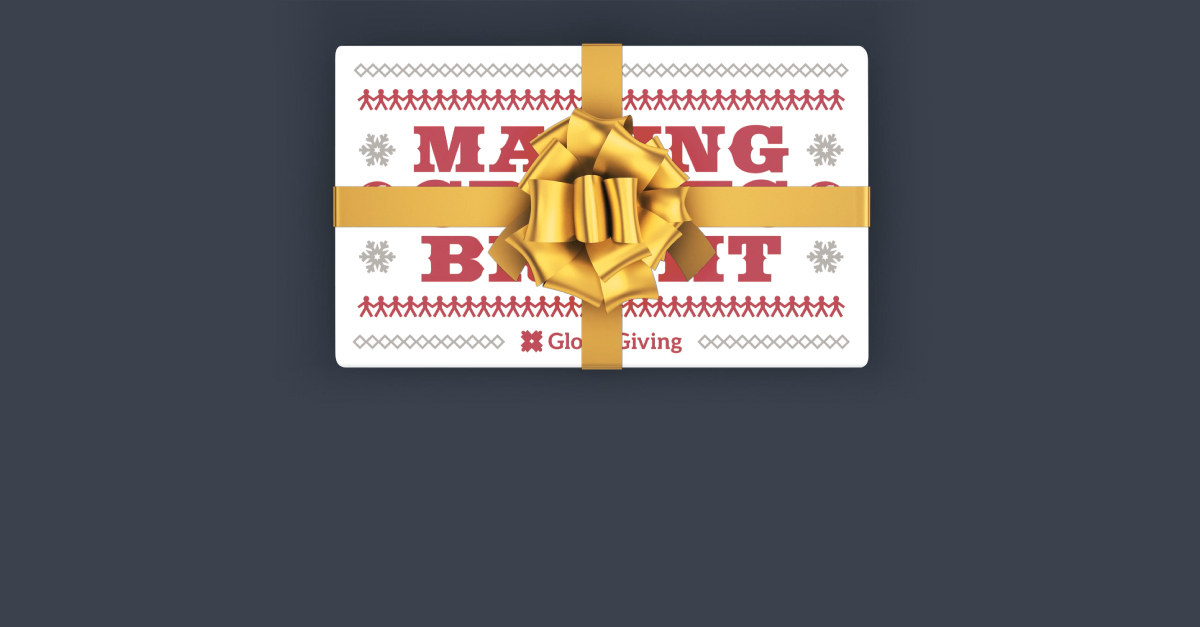 What To Give Someone Who Has Everything