When You Can See The Drought Coming 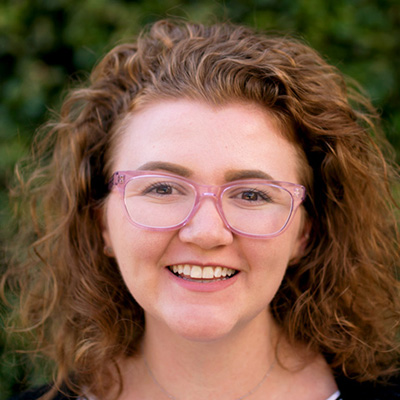 As an intense drought ravages northern Kenya, here’s how one local nonprofit is committed to building long-term resilience.

In Marsabit, people pray five times a day. And for the first time in living memory, every single prayer seems to be for rain.

Fatuma Abdulkadir Adan could tell the drought was coming more than half a year before the Kenyan government declared an emergency. She tried her best to prepare Marsabit, her hometown and the northernmost county in Kenya, but even the bravest leader can’t fight a drought alone. Fatuma in New York at a meeting with the United Nations

“Drought appears as a slow onset,” she said. “Why do we wait until it’s too late for us?”

Fatuma, the only female lawyer from Marsabit, founded Horn of Africa Development Initiative (HODI) in 2003 to focus on peacebuilding and education in northern Kenya. These days, her work is almost exclusively focused on drought relief.

When Rufo Waqo leaves her house she sees dust.

“Since the roads are unpaved, dust flies everywhere when the wind blows. The trees do not have leaves and the shrubs have dried up. There is nothing for the livestock to graze on,” said Rufo, a 38-year-old widow with six children living in Marsabit with her mother.

In February 2017, the Kenyan government declared a drought emergency, and the drought hit Marsabit particularly hard. Upwards of 30 percent of people are suffering from global acute malnutrition, a main indicator of a humanitarian crisis’ severity and twice the threshold considered “critical.” International humanitarian aid has been limited in remote places like Marsabit, so locally led organizations like HODI are often the sole hope for residents like Rufo.

Nearly 60 percent of livestock in Marsabit have died since the beginning of the drought.

Even though the air is now filled with dust, Rufo, who has lived in Marsabit for 18 years, remembers a time when everything was lush and green. “Before the drought started, there was not a lot of dust, grass was green, and animals had something to graze on,” she said. “It is the complete opposite now.”

As a result of the drought, 2.7 million people across Kenya are food insecure, including Safo Sallo. She is a 79-year-old grandmother who heads a household of 19 members of her family, depending on neighbors’ generosity for food. Because all of her adult children suffer from mental illness, she is responsible for taking care of her entire family, even at her old age.

“I cannot think beyond my next meal,” she said.

Rufo agreed: “We are living day to day.”

HODI has distributed the only aid that Rufo and Safo received for the first eight months of the drought. Through a GlobalGiving grant, they received a 250 liter water tank and about $30 a month in cash for four months. Rufo earns about five dollars a week washing clothes, and Safo’s family relies completely on charity. Without the grant, they wouldn’t have enough money to feed their families. A woman in Marsabit who received a water tank and cash grant from HODI and GlobalGiving.

When I asked if she’s seen aid come in from other organizations or the government, Rufo was quiet.

I asked Rufo when that happened, and how long that amount of food will last. She smiled; it was already gone.

“That was last week. That food lasted two days.”

Eight months into the drought, and no other organization has helped Rufo or Safo.

HODI’s peacebuilding work, in an area of Kenya rife with ethnic conflict, is difficult to begin with, but “drought makes HODI’s work so much harder,” said Fatuma. “It’s like you’re fighting against everything.” She isn’t the only one that feels that way; during a drought, food and water take precedence above all else. Many children in Marsabit have left school.

“My most important job is that my children do not go hungry,” Rufo said. Her eldest daughter had to drop out of high school to help out at home. The five youngest children are still in school.

“Most of the mothers are feeding their children before they feed themselves,” said HODI’s founder, Fatuma. “So they are the first victims of drought and hunger.” A mother of two herself, she empathizes with mothers like Rufo struggling to feed their children.

“If I couldn’t even feed my own two children, I wouldn’t even want to be alive,” Fatuma said.

Fatuma believes there is a solution to Rufo and Safo’s pain: Building up long-term resilience to disasters like drought in Marsabit.

Reactive disaster aid including pre-packaged food, bottled water, and limited cash grants to individuals, only go so far, especially when the sky refuses to rain.

Disaster-resilient shelter and infrastructure, sustainable sources of clean water, and drought-resistant crops would help Marsabit in the long run, Rufo and Safo told me.

“I would build houses for the poor. Then, I would buy food and water for them, and livestock, because if people have cows and goats, then they can sell those in the future or slaughter them for food,” Safo explained when I asked how she would respond to the drought if she had more resources. All 19 members of her family live in one room, so sturdy shelter is at the top of her mind.

Rufo believes the entire community needs to come together to build resilience for future droughts. “I would like to see the water crisis get solved… it requires planning.”

Long-term resilience to drought is HODI’s number one priority— especially since climate change is causing droughts to occur more often and more severely.

“When we ask the communities about their priorities, drought is at the top of everyone’s list,” said Fatuma. As Rufo and Safo know all too well, everything seems insurmountable if you don’t even have enough to eat.

As part of HODI’s long-term resilience plan, Fatuma works with fellow GlobalGiving partner Seed Programs International to prepare families for drought. “Seed Programs International trained us on drought resistance, saving water, and planting kitchen gardens,” Fatuma explained. The two organizations work together to train families how to plant kitchen gardens using drought-resistant seeds. HODI also works with Kenya’s meteorological department to keep families apprised of the weather so they can plan ahead and save water for times without rain.

“Unless every household is resilient, people will continue to die of hunger,” Fatuma said. Darmi is a young mother who lives in northern Kenya. The 23-year-old received a water tank from HODI, which she uses to harness and reuse rain water.

When the drought was declared in February, Fatuma hoped for help from the international community. But the kind of help she hoped for never came, she said.

“The helicopters fly in and act like they’re doing something. While the drought’s still on, people [from INGOs] fly back to Nairobi. The problem with big organizations is that a lot of the time they think the communities don’t know the answers,” Fatuma said.

Sera Bonds, founder and CEO of Circle of Health International (COHI), a nonprofit organization that partners with local women-led organizations around the world, has seen this phenomenon far too often.

“The international community can be patronizing about what we think people need,” she said.

Locally led organizations like HODI are well-poised to respond to crisis. More so, Sera argues, than INGOs.

“There’s an assumption [in the international community] that a disaster in Rwanda is the same as a disaster in Gaza, or that it’s the same in eastern Europe. They aren’t. People need different things, and the people that know what’s needed most are the people on the ground,” Sera explained.

The main problem is that organizations like HODI just don’t have the resources they need to implement the solutions they know would work in their communities. Less than 2 percent of funding for disaster relief traditionally goes to local NGOs, according to The World Disasters Report.

But Fatuma is unfazed by the challenge.

“I have nowhere to run to when there’s a crisis,” Fatuma told me.

The truth is: She doesn’t want to run. Neither does Rufo, the widow in Marsabit.

At the end of our conversation, I asked her if she had ever considered moving away from Marsabit to somewhere without a drought.

“I know the people and I know the language. My family is here,” she said with a cautious smile. “Even with the drought, this is the place for me.”

On Nov. 10, exactly nine months after the drought emergency was declared, the rain everyone prayed for finally came. But the ground was bone dry, and the community in Marsabit didn’t have the resources they needed to handle the sudden deluge. The resulting torrential flooding killed six people and displaced more than 400 families in Marsabit.

From drought to flood and everywhere in between, Fatuma is there—committed to fostering resilience in Marsabit so that someday, her community can withstand disaster. Until then, they’re weathering the storm together.

“I’m there with the community forever,” Fatuma said.

A year after the drought was declared in northern Kenya, people like Rufo, Safo, and Fatuma are still recovering. Donate to HODI to support long-term, community-led drought relief and recovery work.

Featured Photo: Shoot to Score Academy for 1,500 Children in Kenya by Horn of Africa Development Initiative 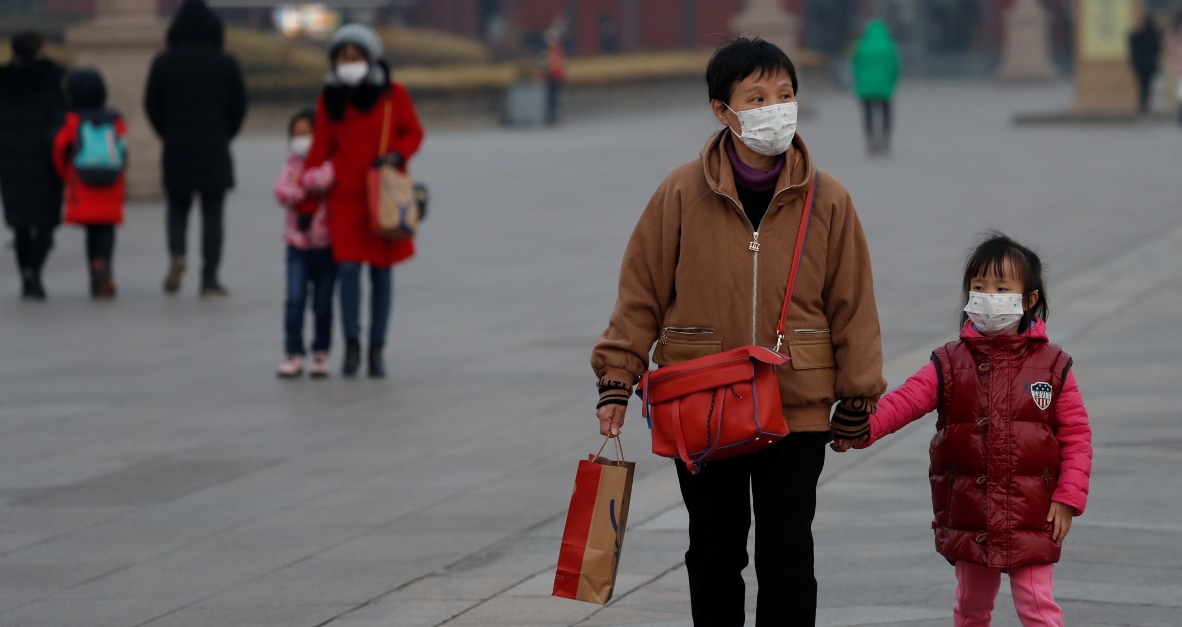 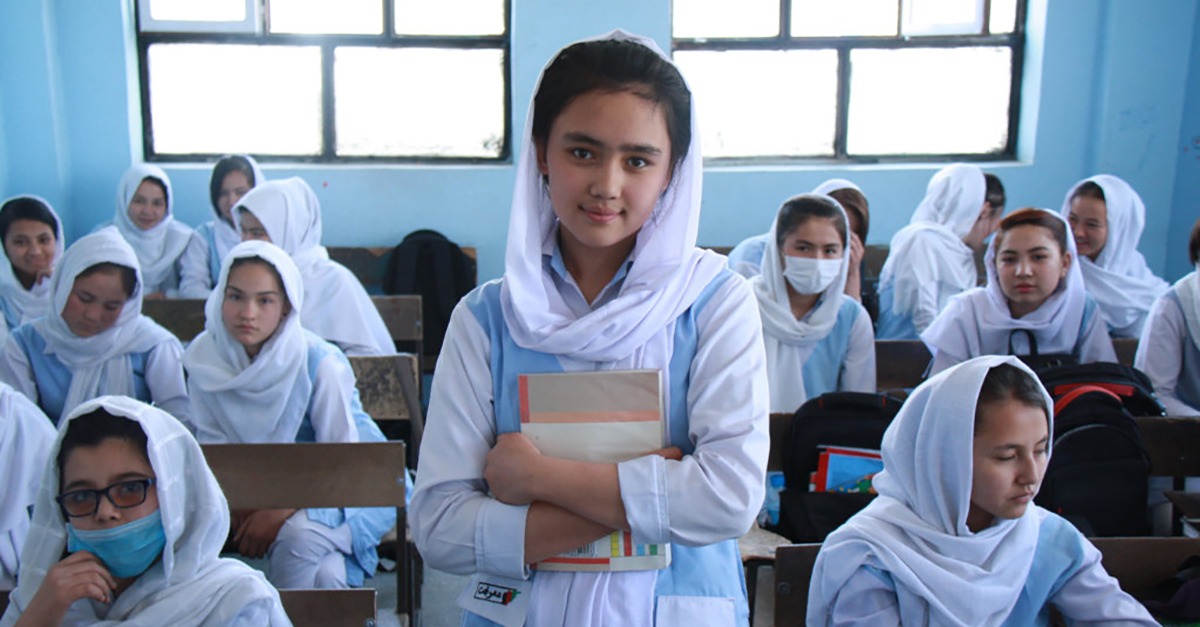 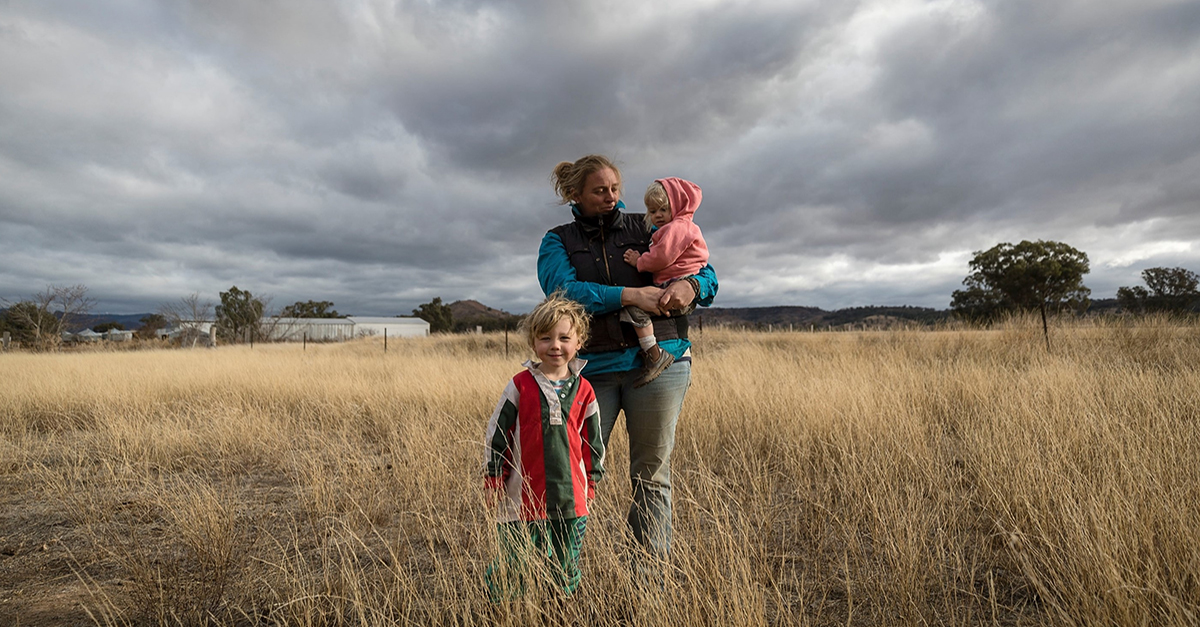