One Woman’s Wisdom On Finding Community While Fighting For Equality 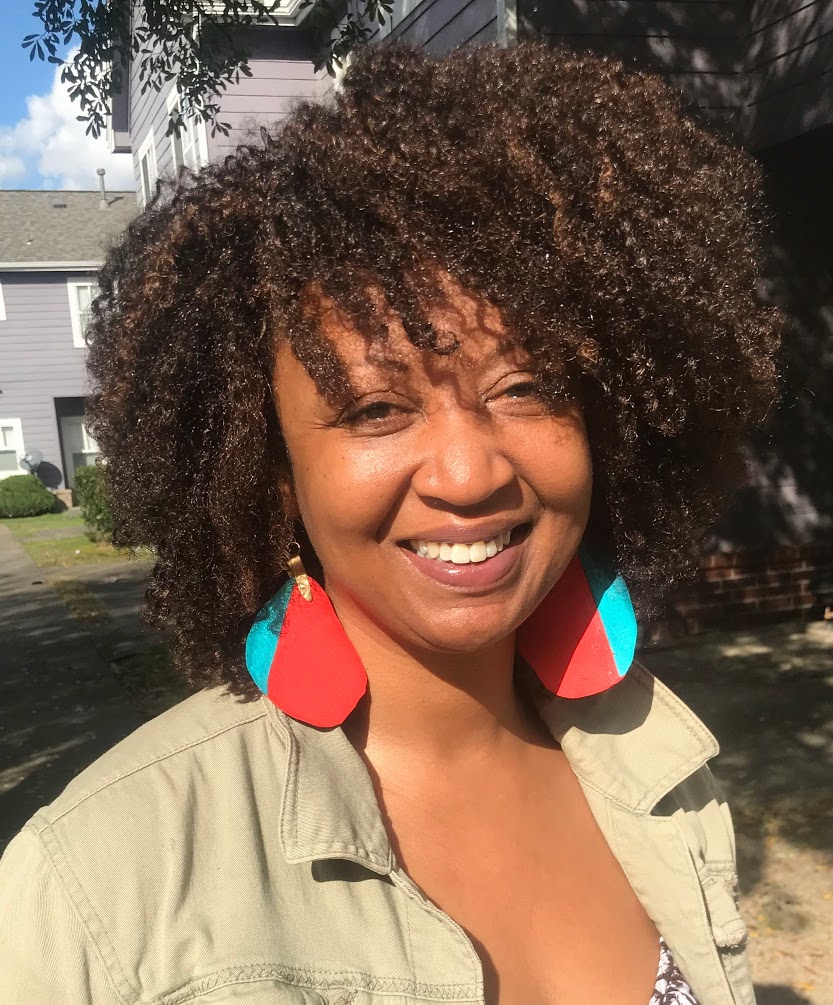 Shondra was fighting for racial inclusion and gender equality before she knew what those words meant. After devoting decades to social justice causes, she shares what it means to continue the fight.

Growing up in the 1970s in Houston, Texas, my mother and father had the challenge of raising three daughters in the South. My parents did not shy away from teaching us that there would be obstacles for us to overcome because of our race and because we were girls—but they also taught us to persevere.

I can’t say exactly when I got involved in the work that I do now because there was a natural progression from everyday living, to volunteering, to eventually working with S.H.A.P.E. Community Center.

I initially became involved with S.H.A.P.E. through its community programming. Every other Saturday morning I would bring my children to the center, dragging a big plastic tub with us so that we could get all of our produce from the fruit and vegetable co-op. I loved that my children were able to participate. They helped sort and sack the produce, even when it meant carrying one onion at a time for multiple trips between the sorting and bagging stations.

One of my earliest memories of “confronting the system” occurred in elementary school when I got in trouble for coloring my holiday Santa Claus with a brown crayon. In my family, we were told that Santa was a Black man, which I explained to my second-grade teacher. At that time, I didn’t even know the meaning of “representation” but I had to fight for it. The teacher ultimately determined that I would not be allowed to hang my drawing on the board with the others because mine was inappropriate. I can remember becoming very angry over the whole incident, as well as feeling so powerless because I knew that Santa was Black—and I was pretty sure that he was my dad.

There were several benchmarks throughout grade school that became the scaffolding that led me into the work of community organizing. Aside from Santa-gate, elementary school also gave me my first experience of being called the N-word. It was traumatic, not only because of the impact of the word, but also because it was so unexpected coming from my classmate who was a boy that I liked. I still remember his name and his curly blond hair. I was sent to the office because I punched him after he called me that word, but I wasn’t punished when I explained what he said.

As we moved forward to middle school, I really began to notice the pronounced differences between the way boys and girls were treated. Along with many other girls, I had to walk the halls using my books to cover my backside as boys ran through the halls targeting us for their playful games of “slap-ass,” which were rarely countered with any official reprimand. These “harmless” games are now, hopefully, recognized as sexual harassment.

Being in high school continued to show me that everyone was not taught to value people equally. I attended one of the top three magnet high schools, and Black history was not a big part of our curriculum. When we did review the section on slavery, our instructor taught us that Black people actually liked being slaves and most of them had a pretty good life.

After several threats against my permanent record for speaking out on racial issues, I graduated from high school and received an academic scholarship to Texas A&M University. When I enrolled in 1989, the school population was less than 5% Black. In my English Composition class, which focused on women in literature, there was a small section discussing African Americans. From the back of the room, a young Caucasian girl raised her hand and asked, “But why don’t they like being called ‘colored’?” There were only three minorities in the class, and I was the only Black person. When I looked up, the whole class was looking at me and waiting for an answer.

There are so many other stories, incidents, and traumas that have led me to the work I do today. I’ve spent the past 30 years fighting for social justice, and now I have a daughter and son who are also taking on this challenge. As they were preparing to participate in one of the protests honoring George Floyd, they told me that I didn’t have to march because I had been to enough of them, and it’s their turn.

I was proud of them for continuing the fight, but I was also deeply saddened because this is not the legacy that I wanted to leave for my children. “The struggle” should not be their inheritance.

The S.H.A.P.E. Community Center offered an opportunity for me to be part of the community and give back to the community at the same time. Aside from social justice causes, I would go to S.H.A.P.E. to enjoy all of the history on the walls, which exude an atmosphere of Umoja (unity). And sometimes I would go just to sit—and be Black—without stigma or trauma. S.H.A.P.E. Community Center is a culturally safe space where being Black is comfortable, and acceptable, and protected. I would come to S.H.A.P.E. after work because I needed S.H.A.P.E.

Injustice is an emergency

As simple as it sounds, my advice to other nonprofits is to be flexible and collaborate with other nonprofits. Black, Indigenous, and People of Color (BIPOC) communities often experience layers of inequality, oppression, insecurity, and lack, so our methods for serving the community have to adapt to their needs. Gender equality can be a divisive issue, especially when BIPOC communities are facing violent and fatal cases of racial injustice.

If a person came to us for assistance and they were bleeding, starving, and dehydrated, we would have to address all of those needs for them to regain health. Right now, we have BIPOC communities that are bleeding, starving, and dehydrated, and the needs of the community will not always fit within the boxes we need to check off or the metrics we need to report.

We have to be persistent in working for gender equality in BIPOC communities. We need others to recognize that it is a community problem and not just a women’s issue, or else BIPOC communities will fight against each other instead of with and for each other.

Support Shondra’s mission to improve the quality of life for all people of African descent through GlobalGiving. 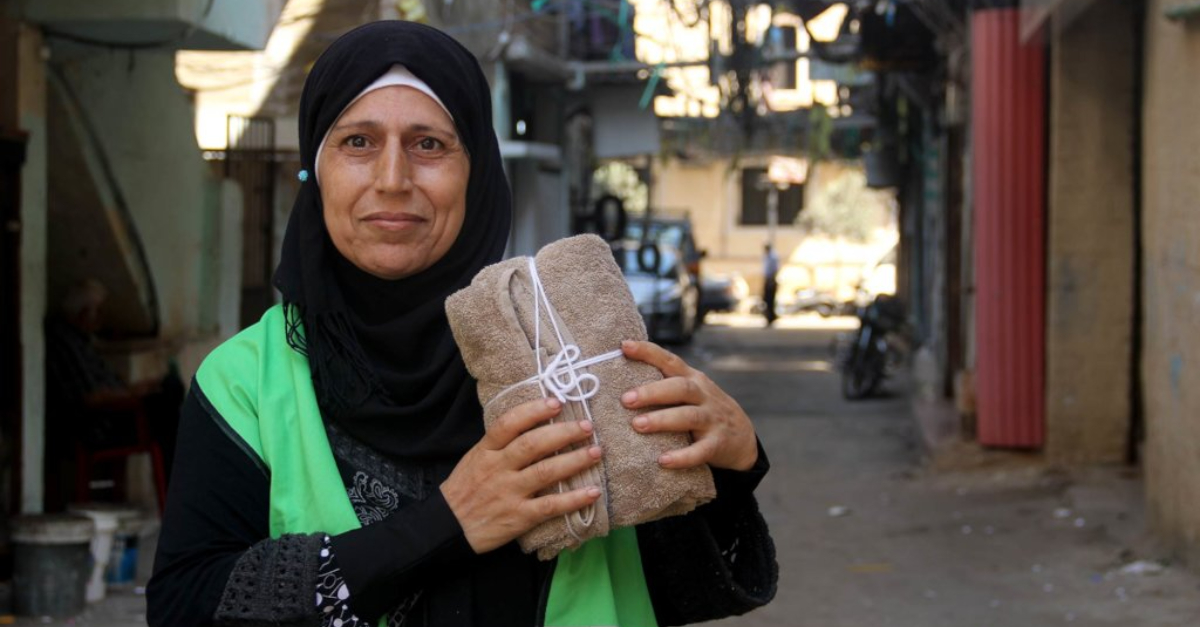 Meet 6 Nonprofits Responding To The Most Damaging Disasters Of 2020 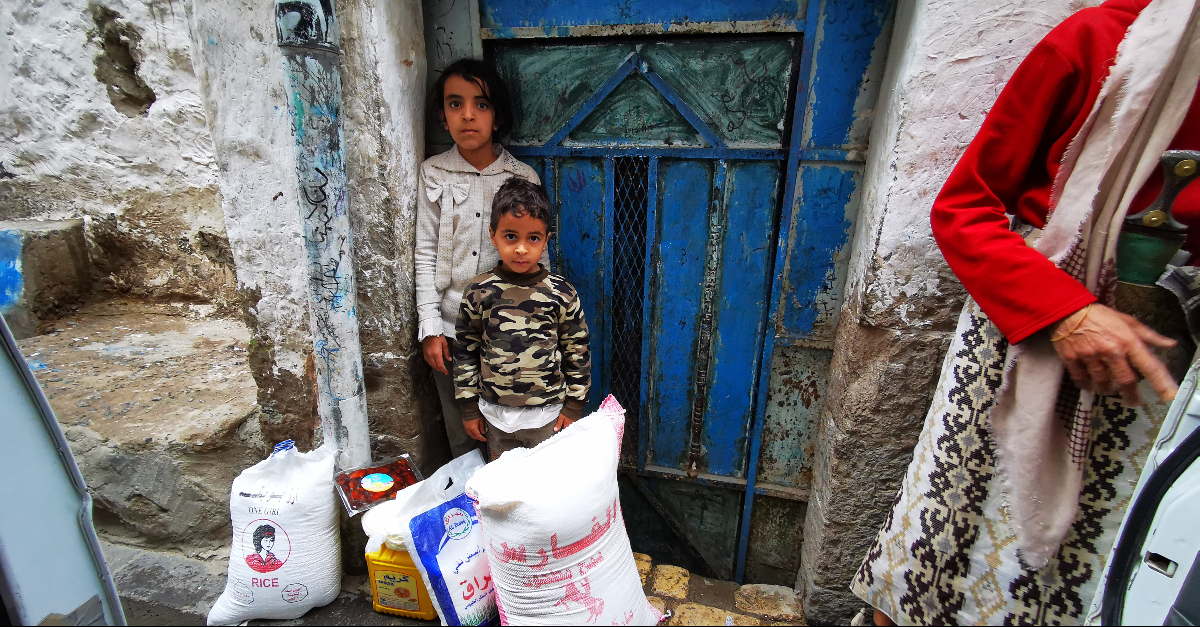 #GivingTuesday: What You Need To Know