Hurricane Laura has ravaged Louisiana and left at least 16 people dead. Learn more about the storm and how you can help survivors through community-led relief efforts.

1. Hurricane Laura was among the strongest storms to hit the United States.

The Category 4 hurricane made landfall near Cameron, Louisiana early last Thursday with the threat of catastrophic storm surge, extreme winds, and flash flooding. Laura was the most powerful August hurricane in the Gulf of Mexico since Hurricane Katrina, which hit 15 years ago last week. In Lake Charles, Louisiana, a storm tracker videoed a large building being ripped to shreds by 130 mph winds. The storm destroyed homes and businesses in Louisiana and parts of Texas as it barreled northward. As search and rescue personnel headed into the worst-hit areas, many places were lined with uprooted trees and piles of debris. Louisiana Gov. John Bel Edwards said the state “sustained a tremendous amount of damage,” and an early Accuweather analysis estimates the total damage and economic loss caused by Laura to be $25-$30 million. Laura weakened to a Post-Tropical Cyclone by Saturday morning as it moved toward the mid-Atlantic states, but it still posed the risk of tornadoes and heavy rain.
Source: The Associated Press

2. The storm threatened and disrupted millions of lives.

The US death toll from the storm rose to 16 on Saturday, with more than half of those killed by carbon monoxide poisoning from the unsafe operation of generators. At least 20 million people were in Hurricane Laura’s path, and more than half a million were ordered to evacuate as the storm approached. The Texas cities of Beaumont, Galveston, and Port Arthur and Louisiana’s Cameron and Calcasieu parishes were among the areas under mandatory evacuation orders. Hundreds of thousands remain without power as cleanup efforts continue. The Louisiana Department of Health reported that more than 220,000 people were without water and might not have service for weeks or months.
Source: USA Today

3. Before it became Hurricane Laura, the storm wreaked havoc in Haiti, the Dominican Republic, and Puerto Rico.

Tropical Storm Laura swept through Haiti, the Dominican Republic, and Puerto Rico on Aug. 22-23, leaving destruction in its wake. Twenty storm-related deaths were reported in Haiti, and three were reported in the Dominican Republic. More than 1 million people suffered power outages. Storm-triggered landslides and flooding left many towns isolated and covered in debris. By Aug. 24, the storm made its way up the southern coast of Cuba, and meteorologists predicted the storm’s transition into an even deadlier system—Hurricane Laura.
Source: CBS News + The Weather Channel

In Louisiana, where the COVID-19 infection rate is higher than in Florida, Arizona, and New York, state shelters remain closed. People in the storm’s path were encouraged to evacuate to their own hotel room. In areas like New Orleans, officials prepared to shelter up to 40,000 people who can’t afford hotels, don’t have vehicles, or have disabilities that make evacuation more difficult. Officials in Texas tried to avoid packing emergency shelters by housing evacuees in government-sponsored hotel rooms. But some shelters were filled before the hurricane made landfall, and officials scrambled to find housing options.
Source: National Geographic + The Texas Tribune

5. Laura is a powerful storm in a record-setting hurricane season.

The Category 4 hurricane with maximum winds of 150 mph caused storm surges that could reach 30 miles inland in southwest Louisiana and Southeast Texas and be “unsurvivable” in some areas. The 2020 Atlantic hurricane season has had 14 storms named earlier than any other year on record. Along with a historic heat wave, widespread wildfires in California, and a deadly derecho in the Midwest, this year’s record-breaking hurricane season is the latest in a string of extreme weather events likely intensified by climate change.
Source: The Weather Channel + CBS News

6. GlobalGiving partners are already on the ground to help survivors access food, shelter, and other emergency services.

7. Cash is the best way to help people in need during a natural disaster like Hurricane Laura.

Why? Survivors’ needs vary greatly throughout the life cycle of recovery. Some will require financial support, medical care, and psychological assistance years down the road. You can learn more about how to help people affected by Hurricane Laura in this infographic about the importance of cash donations to vetted, community-led organizations in the Gulf of Mexico.
Source: GlobalGiving + USAID Center for International Disaster Information 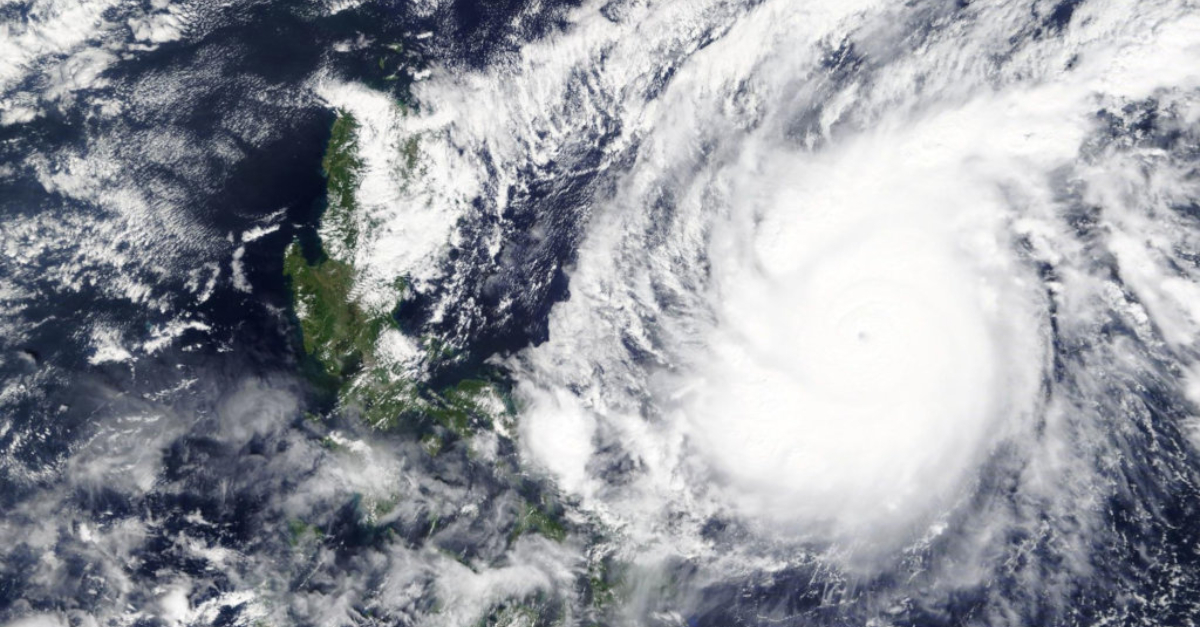