By Peter D. Schaller - Director of Communication and Strategy 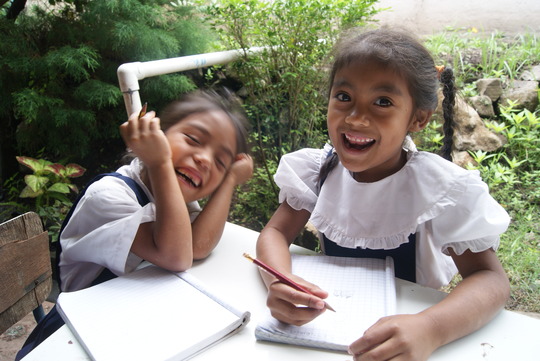 In December, Fabretto finished a successful school year with the Primary Education. At the close of the school year (the Nicaraguan school year runs from February thorough late November) a total of 7,657 children were enrolled in the early and primary education programs, equivalent to 93% of our target population of 8,200. With additional funding in 2012, the total population should be reached during the first quarter of 2012, when the school year begins.

This project is being implemented in the seven community education centers, owned and operated by Fabretto in: Managua (2), Estelí, Somoto, Ocotal, Las Sabanas and San José de Cusmapa. In addition to the Fabretto centers, the project is also implemented in more than fifty public, primary schools in the same municipalities. Fabretto works in close coordination with the Nicaraguan Ministry of Education, to improve the quality of education at all of the public schools. Children receive a nutritious lunch every day, as well as participating in enrichment activities that include: academic support, computer classes, ESL, sports, arts and school gardens.

Although final statistics for the 2011 school year are still being processed, the initial results are overwhelmingly positive. The preliminary reports indicate that the retention rate in 2011 was approximately 91%, while 95% of the students in the education programs passed their classes and were promoted to the next grade.

In addition to the children that benefit directly from this project, there were also 255 teachers that received training, an essential aspect of the project. With years of experience in community education programs, Fabretto understands thoroughly the importance of teacher training. It is the most effective way to improve the quality of education, particularly in primary grades. The teachers in the Fabretto project participated in training sessions that provided them with new tools and methodologies for teaching reading comprehension skills, mathematics, and classroom management. Workshops were also held for parents, to promote greater involvement in their children's education, as well as improving parent-child communication. Fabretto believes that parental involvement is also critical to helping students achieve greater success in school.

In 2012, this project will continue to focus on the provision of these critical services to early and primary education students. Thanks to the generous support from donors, thousands of lives are being transformed every day. 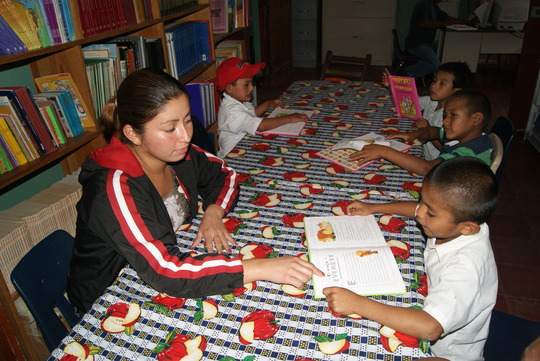 By Peter Schaller - Director of Communications and Strategy, Fabretto 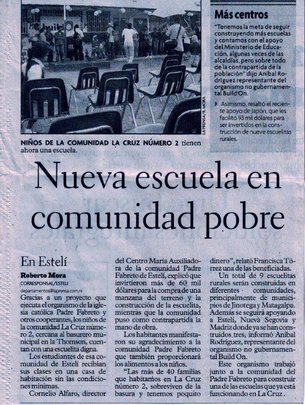 Celebrations are not very common in La Cruz. The families in this small community on the outskirts of Estelí battle for survival every day, in the most adverse of conditions. La Cruz is a semi- rural community, located less than a mile from the city dump. Nearly all of the adults in the community work in the dump, wading through garbage, competing with dogs and vultures to find recyclable materials that can be sold to generate a paltry income. The homes in the community are made of scrap material found in the dump- flattened barrels, cardboard, fragments of wood. Even the land in La Cruz is unrelenting. The landscape is parched and filled with innumerable boulders, making it virtually impossible to grow trees or crops in the community.

Until recently, the children in the community were going to school at a small building made of sheet metal and wire fencing. Last year, Fabretto began to implement health, education and nutrition programs in the community, providing basic services for the children, and keeping them from working in the dump after finishing their classes at noon. The programs were an immediate success, and the majority of the children were staying at school all afternoon, rather than trudging up the hill to the dump to work with their parents. In fact, the Fabretto programs were so successful that enrollment at the school nearly doubled.

In 2010, there were just twenty-nine students enrolled at the school, and attendance levels were poor. At the beginning of the 2011 school year, more than fifty students enrolled at the school, largely due to the improved services being offered through the Fabretto programs. This presented some interesting challenges for the school’s two teachers, who each teach three grades. The existing school only had room for some thirty students, so with the increased enrollment, a group of the older students were forced to create a makeshift classroom outside, under a tarp that was strung up to extend the roof.

In February, we teamed up with a buildOn, a U.S. based nonprofit organization whose mission is to build classroom buildings in impoverished communities. Fabretto had purchased land in the community in October 2010, with the express purpose of building a new school. Together, we met with the community to organize work teams, as buildOn’s methodology requires direct community involvement and ownership. For twelve weeks, parents and other community members made significant sacrifices in order to work two days a week on the construction of the school. Although there were some difficulties maintaining the work schedule, the community’s commitment to the project was admirable.

Finally, construction was completed during the last week in May, and the building was inaugurated on Monday, June 6th. The entire community was present for the ribbon cutting ceremony, which also included some songs and poems performed by students. Parents, students and teachers were beaming with pride, satisfaction and gratitude. This was the first substantial project ever executed in La Cruz by any public or private organization, and the community played a fundamental role in its success.

In addition to the school building, Fabretto is also teaming up with Power Advocate to install solar panels on the school, since there is no electricity in the community. The solar panels will provide light in the three classrooms, and will also power a small computer laboratory, so the children can begin to explore the world of technology. Also, Fabretto will be partnering with Cross International and Amigos for Christ to drill a well at the school. There is only one well in the community, with a hand pump, which would make it very difficult to provide an adequate water supply to the school. 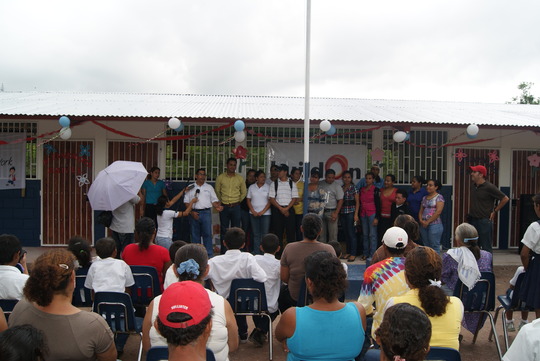 Inauguration of New School in Esteli!