Short films submissions from all over the world! 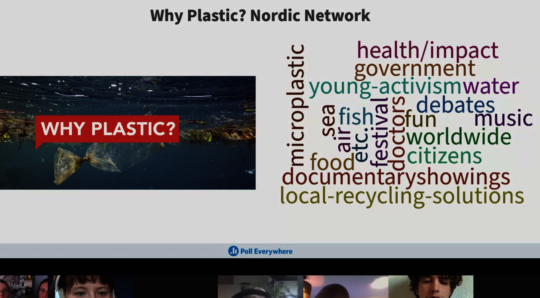 Once again, thank you very much for your support.
Raising discussions about plastic is more important now than ever!

The increasing production and disposal of plastic is affecting our health and our habitat.
Every step in the life cycle of plastic contributes to climate change: from extraction, refinement, manufacturing and transportation to disposal. Virgin plastic is way cheaper than recycled plastics, or any other alternative, upholding an economic barrier for a shift away from this material.

We have to keep fighting to bring higher awareness about the problem and change the status quo!

Help us set Plastic Pollution on the Global Agenda!

We hope you will want to keep supporting the WHY PLASTIC? campaign and thereby bringing plastic on the global agenda! You can do this here: https://www.globalgiving.org/projects/whyplastic/

You can also opt to give a small recurring donation and thereby ensure a long term contribution to the project!

46 short films submitted at OFF21 - Why Plastic? call

Together with Odense International Film Festival (OFF) we have invited people from all over the world to give their take and perspective on the issue of plastic in the form of short films that can be submitted as part of a special competition in this year’s OFF edition.

We have received 46 submissions from 22 countries in 5 continents: Africa, Asia, Europe, North and South America. Filmmakers from all over the world have submitted their short films on plastic, telling important stories of how plastic is affecting them, their communities and their environment.
The deadline is June 1st, after which a jury formed by THE WHY and OFF will select the best 10 films that will become part of the Why Plastic? Campaign and be shown around the world.

The aim of the network is to join forces across borders to bring plastic pollution into the public debate through film screenings, discussions, workshops, creative actions and events.
The WHY PLASTIC? short films will be an essential part of these events.
The individuals and organisations that have joined so far are based in Denmark, Greenland, Sweden, Norway and Iceland. Through a round of meetings we share experiences, insights and brainstorm actions and activities. The next meeting is set for June 2nd, at 3 pm to 5 pm CET.

Anyone who wants to join the campaign is welcome to email us at whyplastic@thewhy.dk to know more and get access to the next meeting.

In order to keep all the people involved with WHY PLASTIC? updated, we have a semestral newsletter. Sign up here http://eepurl.com/g9ofxX

Call for Short Films at OFF21 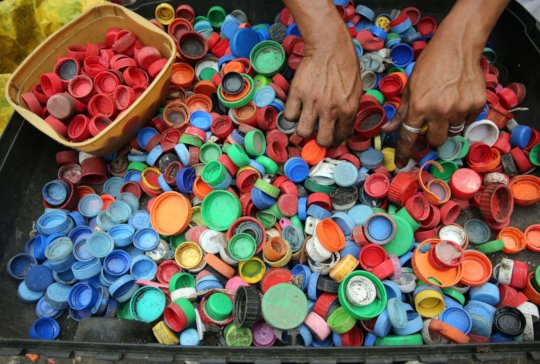 Therefore, this year we have to keep fighting to bring higher awareness about the disastrous consequences of plastic, increasing transparency and accountability. In this way, we can move towards sustainable alternatives and justice for all living beings affected by plastic pollution.

Help us set Plastic Pollution on the Global Agenda!
With your help we have been able to raise parts of the funds and start the project.
We hope you will want to continue supporting the WHY PLASTIC? campaign and thereby bringing plastic on the global agenda! You do this here: https://www.globalgiving.org/projects/whyplastic/

THE WHY has successfully partnered with Odense International Film Festival (OFF) - the short film festival that is qualifying for the Oscars. Filmmakers from all over the world are invited to compete in the challenge: create short films on plastic, specifically focusing on the following themes:

The History of Plastic

The Size of Plastic

The 10 best short films will be selected by OFF and THE WHY and will premiere at the festival, where they will win various prizes. The funds raised by GG, will be used to pay the prizes and thereby covering the cost of production for the filmmakers and let the films become part of the WHY PLASTIC? Campaign.

If we are able to raise further funds, we will dub the films to many languages such as Arabic, Swahili, Hindi, Spanish, Portuguese, Farsi, French and activate millions of people around the world in discussing the status quo and choosing alternative solutions.

In order to keep all the people involved with WHY PLASTIC? updated, we have also started an exclusive bimestral newsletter. Sign up here: http://eepurl.com/g9ofxX

New screening partners around the world and first campaign event! 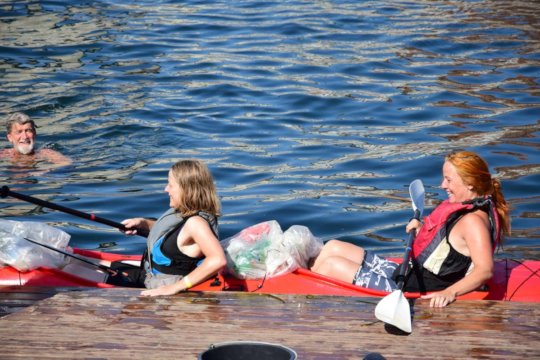 With your help, we have now been able to raise €4,559 out of the €34,957 that we aim at. We couldn’t be more grateful for this support, that has now enabled us to move forward on the production and donation of the ten WHY PLASTIC? short films.

Remember that you can always donate again through our project page, and help ensure that all the 10 films are out, informing the world about environmental justice matters involving plastic.

Scroll down and read about our latest updates:

A refrigerator, a car window, and plenty of plastic bags, cups, cans, and trays. All these items were part of the 120 kg trash pile collected from the canals in Copenhagen this Sunday, the 16th of August, during the 2020 Ren Havn (from the Danish, “clean harbour”). The event was the first occasion in which we presented to the public the documentaries of our newest campaign, WHY PLASTIC?. Read more on our website.

We have now confirmed 7 new partners that are going to organise screenings of the WHY PLASTIC? films around the world. The partners are mostly non-profit and advocacy organisations that work with schools, universities, and youth activists. They will have a fundamental role in contextualising the plastic issues in their local communities. Egypt, Cameroon, Italy, Brazil, Sweden, Finland, and Greenland are the countries where the organisations are based and where the screenings will happen.

For five of the films, we are working to establish a partnership with Odense International Film Festival (OFF) - the oldest film festival of Denmark, specialized in short films format. Through the festival, we will have an open call in which filmmakers can submit their short films for WHY PLASTIC?.

With the money raised so far, we have been able to write preliminary scripts to the five films that will be on the open call. They are themed as follows:

For the other five films, we plan an in-house production. We have several different formats in mind, such as collaborating with local filmmakers in places experiencing particularly severe plastic pollution issues or working purely graphically together with animators (to be determined).

In order to keep all the people involved with WHY PLASTIC? updated, we have also started an exclusive bimestrial newsletter. Sign up here. 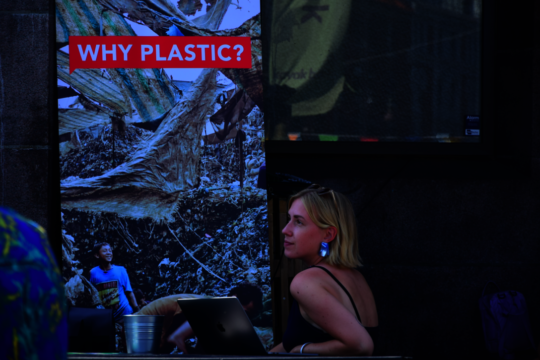 WHY PLASTIC? campaign was presented in August.