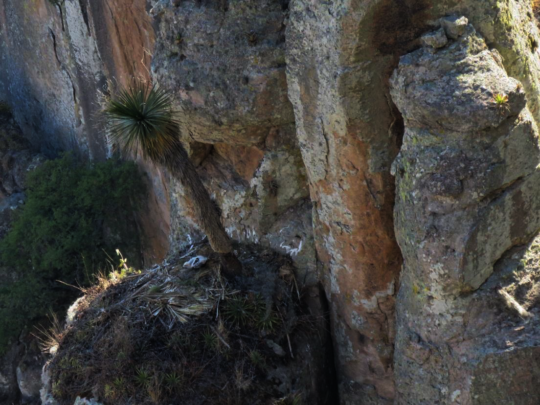 We have been following this year’s breeding season in the states of Chihuahua and Guanajuato very closely. Our local community monitors—a group of lively, empowered youths committed with golden eagle conservation—identified 11 eagle pairs in Chihuahua, six of which produced offspring this year.

In the state of Guanajuato, in central Mexico, only one of the two identified breeding pairs produced offspring. Although prey availability has been low in the area, the chick is now approximately seven weeks old and we are hopeful that it will survive to make its first flight in a couple of weeks.

These monitoring efforts provide crucial data that will aid managers in making conservation decisions based on the best available science. Your support is paramount for the continuation of our work. Thank you for joining us on this journey, and please consider renewing your contribution to the project.

Marine and Coastal Conservation Exchange (MCCE)
Cabo Pulmo, in the state of Baja California Sur, is an outstanding example of community-led conservation success. It serves as a proof of concept that can be replicated in the MAR region. It represents an innovative, non-extractive model for the Blue Economy1. This success is attributed, among other things, to the policy adopted 24 years ago by the federal government and the Cabo Pulmo community to conserve its marine resources under a Natural Protected Area in the category of National Park. The community collectively put its fishing gear down and was able to build an alternative livelihood. Its inhabitants found in sustainable tourism an advantageous livelihood alternative. Cabo Pulmo National Park is nationally and internationally recognized for the biomass increase of wildlife concerning that existing before its decree. “It is clear that the people of Cabo Pulmo’s desire for sustainability and conservation spawned a thriving ecosystem and economy, instilling a deeply rooted sense of pride and responsibility for the marine world in the community”.
On the other hand, the Mesoamerican Reef (MAR), the largest cross bordering barrier reef in the world and one of the wealthiest and most diverse ecosystems, has accomplished significant advances to promote a Blue Economy that guarantees a permanent natural capital for the sustainable development of coastal communities. International and local organizations in Mexico, Guatemala, and Honduras committed to the conversation of the MAR continually face threats such as coastal development, overfishing, terrestrial contamination, and climate change. Nevertheless, they have aligned their visions to create a Blue Economy development model adopting a systemic focus to canalize resources to the region and safeguard its natural capital.
Through the Mesoamerican Reef Leadership Program by the Mexican Fund for the Conservation of Nature, along with its allies, MARFund, LegacyWorks Group, Lindblad Expeditions, and Overbrook Foundation are developing essential initiatives to achieve sustainability within the Gulf of California and within the MAR region. One initiative is the Marine and Coastal Conservation Exchange (MCCE) between these two regions that took place 14-18 May in Cabo Pulmo, BCS, Mexico.  The objective of the MCCE was to enhance the successes and lessons learned in both the Gulf of California and the Mesoamerican Reef region to strengthen and improve the conservation, protection, and restoration of marine and coastal ecosystems while improving the livelihood of local communities.
Forty people are participating in the meeting from which 14 are MAR Fellows of the 2018 cohort from Belize, Guatemala, Honduras, and Quintana Roo. Themes discussed included the process of establishing and managing Cabo Pulmo National Park and other MPAS in the MAR region and the role of science and the local community within Cabo Pulmo’s success. Experts on communication campaigns from the Gulf of California Cabo Pulmo’s will explain how the media and social networks helped to defend Cabo Pulmo from massive tourism developers. By the end of the meeting, a round table with Cabo Pulmo community members and the National Commission on Protected Areas (CONANP) will be held to discuss the challenges and future of Cabo Pulmo given the high demand from the tourism sector.
¡Big thanks to our friend in Cabo Pulmo for your hospitality and for sharing your knowledge with us. Congratulations to all of you for a successful and inspiring model of community development.  Hope to see you in the Mesoamerican Reef! 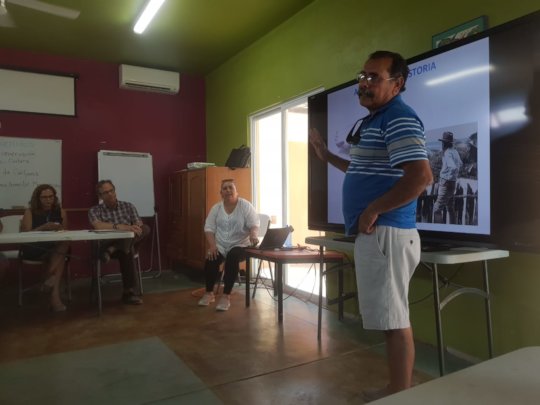 Winter is gone and the bisons welcome a new member into the herd! 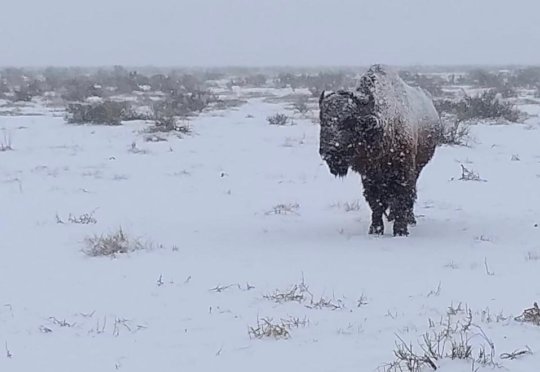 Winter in the Chihuahuan desert is harsh.

In this brief report, we would like to share with you a couple of photographs of the bison herd that lives inside our conservation ranch, El Uno, in the state of Chihuahua. This herd is the only one kept for conservation purposes in Mexico and is a fundamental piece in the effort to preserve both our grasslands and the species that depend on them. We hope that you enjoy the photos as much as we do! This year's winter was harsh, but the improving weather conditions were accompanied by the first birth of 2019.

Please consider renewing your support for this project, every one of your donations is critical to our conservation efforts. 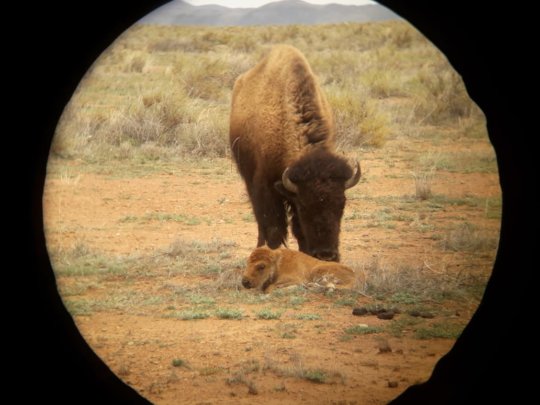 The herd has a new member! 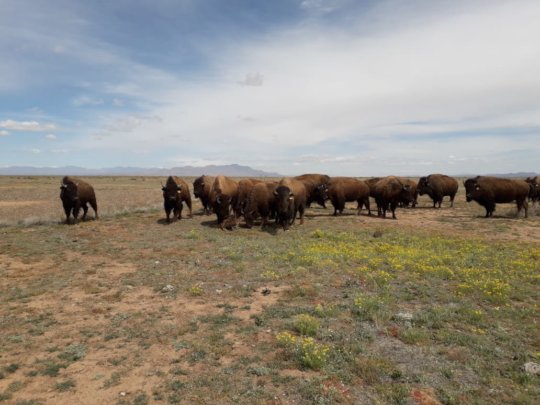 This is the only conservation herd in Mexico.
‹ 1 ... 6 7 8 9 10 11 12 13 ... 38 ›
WARNING: Javascript is currently disabled or is not available in your browser. GlobalGiving makes extensive use of Javascript and will not function properly with Javascript disabled. Please enable Javascript and refresh this page.