You Won't Believe These Dramatic Recoveries! 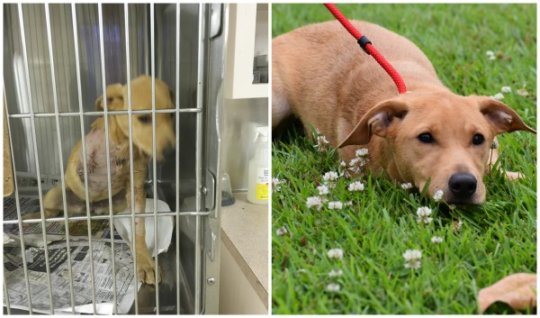 Tiny puppy Ester's leg was caught in a steel trap

Your donations to the Petfinder Foundation's Emergency Medical Fund mean that, when an animal arrives at a shelter suffering from a terrible illness or injury, he or she can get needed medical care instead of being euthanized. These are just a few of the lives saved with help from your donations:

Ester
During a severe thunderstorm one night in Vicksburg, Miss., a family heard a whining cry coming from outside. They found Ester in their driveway, soaking wet and missing part of her front right leg. The family called nearby Paws Rescue, which took her to a vet. The vet determined that Ester was only 12 weeks old and that her leg had been caught in a steel trap at some point during her short life.

With help from our grant, Ester's leg was amputated, and within a few months, she was fully recovered, spayed, and vaccinated. Best of all, the family that first found her, which had been fostering her during her recovery, had fallen in love with her and decided to adopt her. Read her full story.

Marley
Marley was hiding under a park bench in Southern California on one of the hottest days of the summer. Passersy ignored him, in spite of the fact that he was severely matted, had broken bones and was being eaten alive by fleas. Luckily, a good Samaritan spotted Marley and called Redondo Beach-based Bullies and Buddies, which rescued him and got him the care he needed.

Thanks to our grant, Marley received much-needed grooming, a cast to help his broken bones heal, flea medication and vaccinations. This gentle soul is on the road to recovery and looking forward to finding a forever home. Read his full story or learn about adopting him.

Victoria
Surrendered to a local animal control by her coyote-hunter owner, Victoria had a large, open wound on her chest, an eye infection, hookworms and a bacterial infection called ehrlichiosis. The light in her eyes was gone. Greyhound Adoption League of Texas took her in and, with help from our grant, got her the intense treatment she required.

Over the course of three months, Victoria put on weight, her wounds healed, her parasites were cured and the tick-borne disease was treated successfully. Best of all, in her loving foster home she found her playful side, and now the sparkle is back in her eyes! Read her full story or learn about adopting her.

Winnie
It was late at night when an Animal Care Officer for Pima Animal Care Center in Tucson, Ariz., was called to rescue Winnie from the side of a busy road, where a good Samaritan had found her crumpled in the bushes. The purebred dachshund was drooling, one of her front legs was dangling, and she was in excruciating pain. Back at the shelter, vets determined that Winnie was suffering from a rare and complicated front-leg fracture caused by being hit by car.

With help from our grant, Winnie's leg could be amputated and she now has an excellent quality of life with a family that adores her. Read her full story.

These adorable dogs are alive and well today thanks to your donations. Please continue to support the Petfinder Foundation's Emergency Medical Fund so that we can continue to save more pets like them. 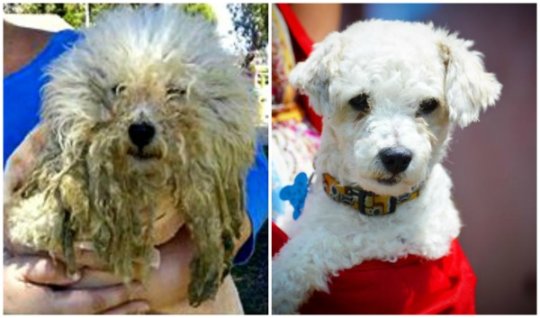 Marley was found abandoned under a park bench 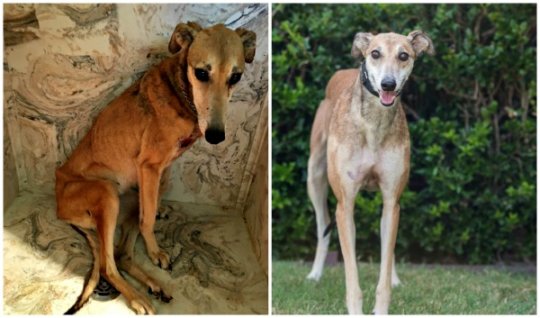 Victoria had a large, open wound on her chest 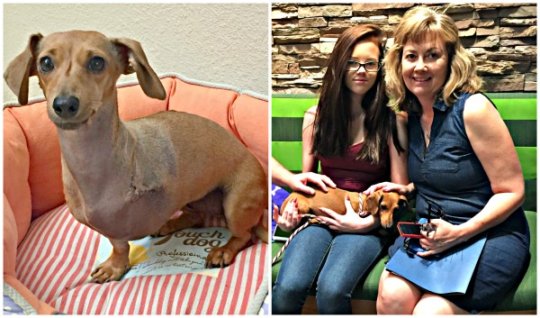 Winnie was hit by a car and left for dead 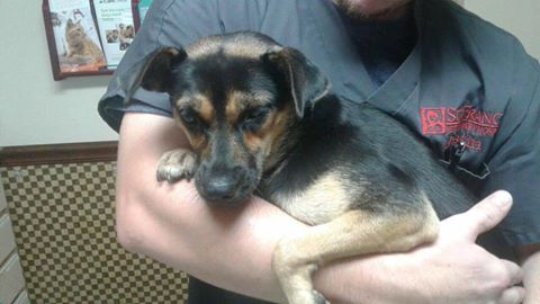 A pup rescued from Louisiana floodwaters by AAVA

As catastrophic flooding has devastated Louisiana, the Petfinder Foundation is rushing funds to the organizations working to save the region's pets. These are the shelters we've sent grant money to already; we continue to send funds as groups contact us.

Rescutopia's Happy Tails Island
Savannah Brown, founder of the Baton Rouge cat-rescue group, tells us, "All of our foster homes are flooded and all pet supplies were destroyed. We need food, blankets, towels, crates, heartworm medications, flea preventative and anything else we can get. We focus on the East Baton Rouge and Livingston Parish Area; both areas have been 90 percent flooded. We have taken in several homeless pets who were evacuated. All of South Louisiana is completely devastated, as a flood like this has never occurred. The flooding is worse than Katrina. Our community is devastated."

We sent Rescuetopia $1,000, which will be used to pay for food, crates, pet supplies and any medical treatment that may be required.

Zeus' Rescues
The New Orleans shelter did not flood, but it has taken in more than 160 cats, kittens, dogs and puppies from shelters north of it that did -- and many more are expected. Most of them have had minimal vaccinations and are not spayed or neutered; all will need to be altered and microchipped prior to being adopted at the reduced cost of $75 per animal.

Volunteer Kellie Grengs describes the desperate situation: "Shelter director Michelle Ingram and volunteers have driven in flood waters for the past four days to reach shelters that have taken on several feet of water. On Sunday, Aug. 14, Michelle pulled more than 60 animals from the Sorrento no-kill shelter and we expect more.

"Numerous shelters just a few miles north of us were impacted. One was overwhelmed by fast-rising flood waters and all they could do was open the kennels and let the dogs swim free so they didn't drown. Rescue boats are in the process of saving human lives first and animals second. Michelle is on the scene pulling these animals and caring for them with a team of volunteers. Our shelter averages 400 adoptions annually; this will put a great strain on our already-limited resources, but we simply could not let these animals drown."

We sent Zeus' Rescues $2,500 to offset the costs of spaying and neutering the rescued pets. "Thank you so much!" Grengs says. "Last week was a whirl! We vetted 62 cats and one dog on Saturday afternoon alone and shipped 10,000 lbs. of dog/cat food and supplies to the flooded shelters. It was wild, to say the least. So many of the wonderful animals are in foster and will be getting adopted soon!"

Animal Aid for Vermilion Area
"Vermilion Parish and surrounding areas have been devastated by flooding," says Roxanne Bayard, vice president of the Abbeville, La., shelter. "Many animals have drowned and waters continue to rise. We are having to evacuate homes with pets as well as the shelter to avoid animals drowning. We need to purchase crates, leashes, collars, cleaning supplies, new bedding, fans, litter, litter boxes and food. Many animals need emergency vetting due to injuries sustained in the flooding." We sent $2,500 to help with these expenses.

Your donation enables us to continue to help shelters and rescue groups when disasters like this one strike! 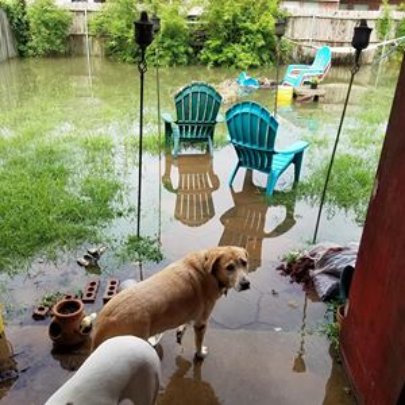 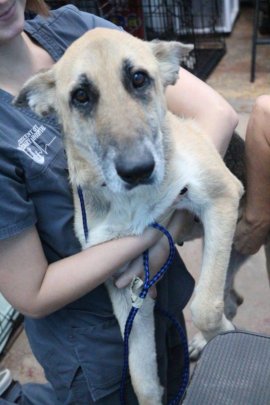 At Zeus' Rescues, a dog from a flooded shelter 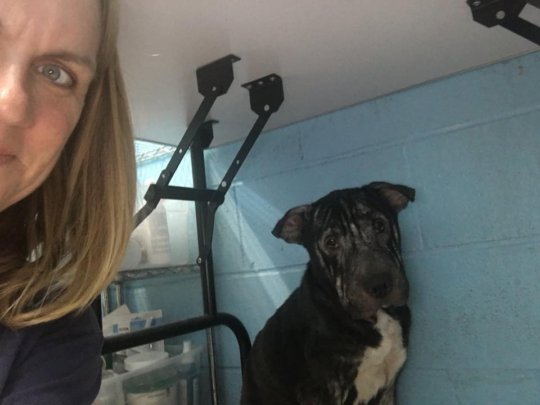 A new intake at Zeus' Rescue in New Orleans

Your Help Saved These Dogs from Terrible Abuse 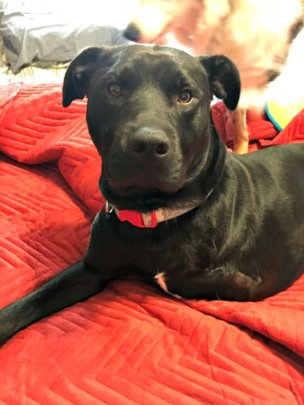 Roadie lost his leg after being dragged by a car

Thank you for donating to our Emergency Medical Fund, which helps pets in need of urgent treatment to save their lives or free them from chronic pain. Many of the pets who benefit from our Emergency Medical Grants have suffered terrible abuse and neglect, but are now happy and healthy thanks to your help. Here are just a few examples:

Roadie
Roadie was found in southern Missouri, unable to use his front leg. It appeared that he had been dragged behind a vehicle. His front leg had to be amputated. Our grant enabled People Helping Pets in Jefferson, MO, to pay for his surgery, as well as the heartworm treatment he received after he'd recovered. Today, Roadie is thriving in his foster home, which he shares with several furry brothers and sisters whom he adores. You can learn about adopting Roadie here.

Willow
Willow and seven other husky mixes came to Ark-Valley Humane Society in Buena Vista, CO, in January as part of a cruelty seizure after being abandoned without a consistent food source or clean water in frigid mountain temperatures. Scared and frail, their bones easily visible from weeks without food, they were slow to trust and scared of everything. Our grant helped to cover their medical care, and as they recovered, they revealed themselves to be some of the most tender and loving animals the shelter's staff had ever met. Many have been adopted; learn about adopting Willow here.

Blackie
Blackie was neglected for years before he was rescued by Sweet Dream House Rescue in Norwood, OH. With help from our grant, he was rushed to the hospital, where the horrified vets spent hours shaving his matted fur, only to discover that his skin had ruptured from the weight of the mats and he was covered in open wounds that required stitches. Blackie signaled his thanks with licks and kisses for everyone who worked on him. He has since recovered and been adopted into a loving forever home.

Dallas
Volunteers at Mazie's Mission in Frisco, TX, had to help when they received a photo from Dallas Animal Services of an unrecognizable breed of dog covered in mange, emaciated, and in bad shape. Thanks to our grant, they were able to fund the dog's treatment for heartworms, severe mange, secondary skin infections and intestinal parasites, as well as a tail amputation. Now named Dallas, he's happy, healthy and adoptable -- you can meet Dallas here.

Unfortunately, while these dogs are safe, we get requests to help others like them every day. Your donations enable us to alleviate their suffering. Thank you so much for your ongoing support. 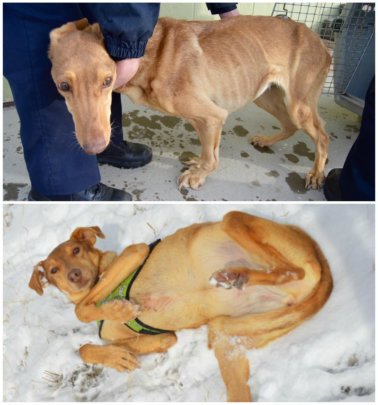 Willow survived for weeks without food or water 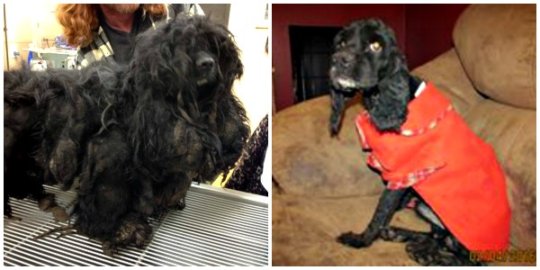 Blackie's matted fur had caused his skin to tear

Dallas was emaciated and had severe mange